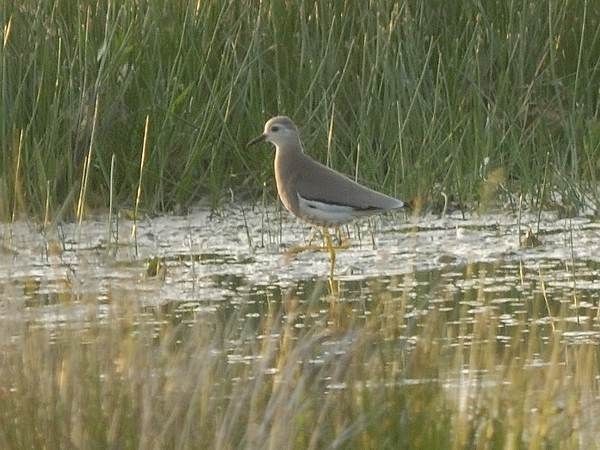 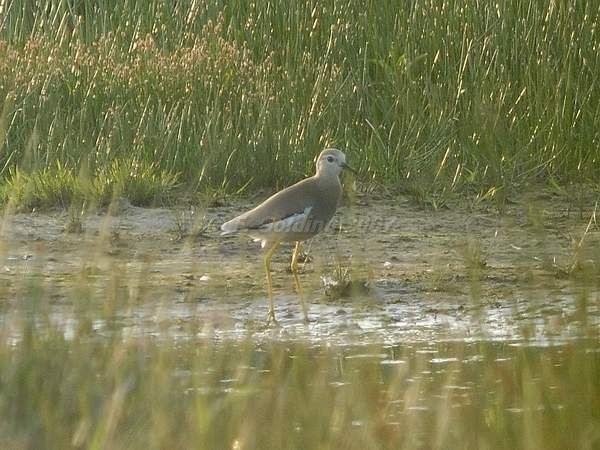 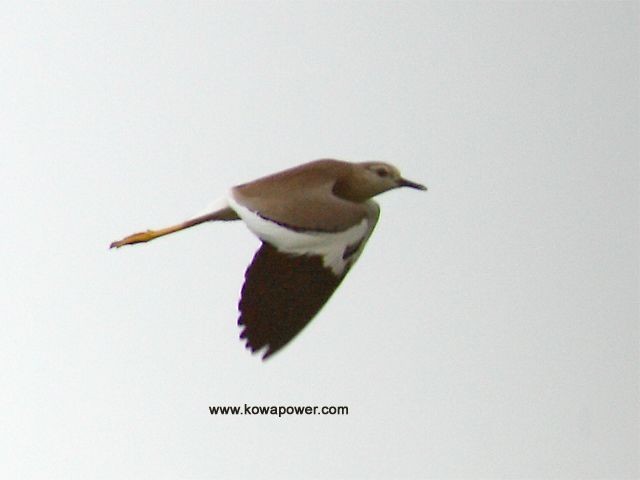 Well, the White-tailed Lapwing was obliging enough, assuming that you were able to get to Caerlaverock (Dumfries and Galloway) during the week. With the bird still present late on Friday 8th, it looked as though those unable to sidestep work, or family, commitments were going to be able to gorge themselves on this popular bird on Saturday and over the rest of the weekend. Sadly the White-tailed Lapwing had other ideas as it chose to vacate the reserve prior to the arrival of the masses on Saturday morning. Recent birds in northwest Europe have had a habit of being relocated and for those who had missed out it was a case of 'fingers crossed'. Thankfully the bird was relocated, more conveniently for many, at the RSPB reserve at Leighton Moss late on Sunday afternoon on the 10th, but once again it did not linger. A brief appearance on the 13th was another tease for those who have so far been unable to appreciate those long yellow legs so hopes are for a case of third time lucky should it appear once again! 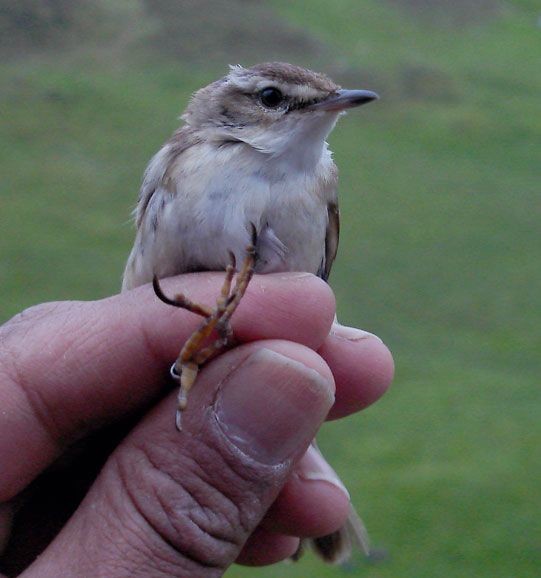 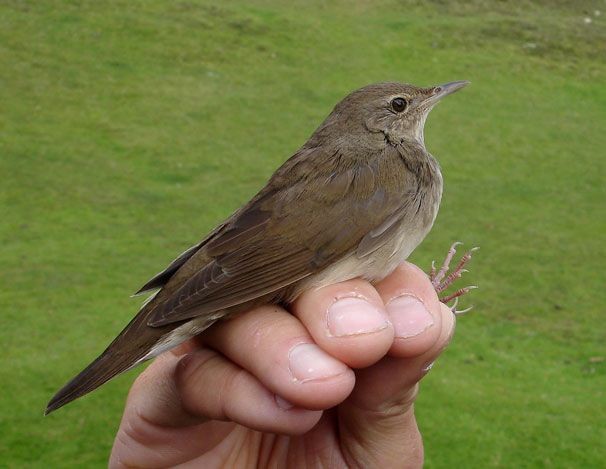 The excellent spring on Fair Isle (Shetland) continued, with a River Warbler trapped on the 11th and a Paddyfield Warbler there on the 9th. 'Back-up' there came in the shape of the long-staying Lesser Grey Shrike and the Red-headed Bunting/Black-headed Bunting. Nearby the Blyth's Reed Warbler remained on Whalsay (Shetland) to the 7th and a Blyth's Reed Warbler or Sykes's Warbler was at Blakeney Point (Norfolk) on the 8th. The final 'new' rare warbler of the period was a male Great Reed Warbler at Lydd (Kent) from 10th onwards. A White-throated Sparrow on the Farne Islands (Northumbs) on 12th would doubtless have proved popular had it lingered, as would a Black-headed Wagtail at South Gare (Cleveland) on 9th. The Iberian Chiffchaff remained at Colney (Norfolk) to at least the 7th. 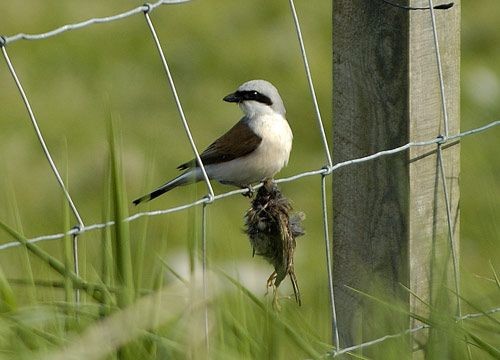 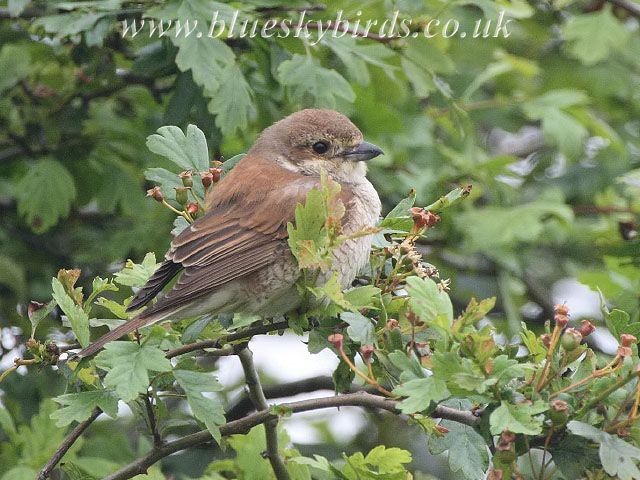 Good numbers of scarce migrants were reported, despite the relatively late date. There were Short-toed Larks on both Fair Isle and Skomer (Pembrokeshire), an Ortolan Bunting on the Farne Islands and a Rose-coloured Starling at Keyhaven Marshes (Hants) on 10th. Around 25 Red-backed Shrikes were logged, half-a-dozen each of Marsh Warblers and Icterine Warblers, plus six migrant Golden Orioles, five Common Rosefinches, four Red-breasted Flycatchers and three Bluethroats. The long-staying Bee-eater was still in Highland, this time at Tarbet, and another passed over Minsmere (Suffolk). 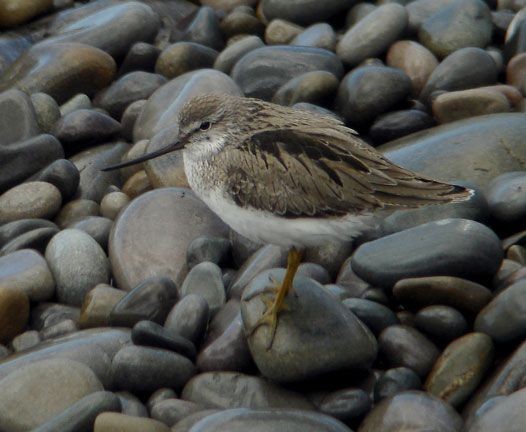 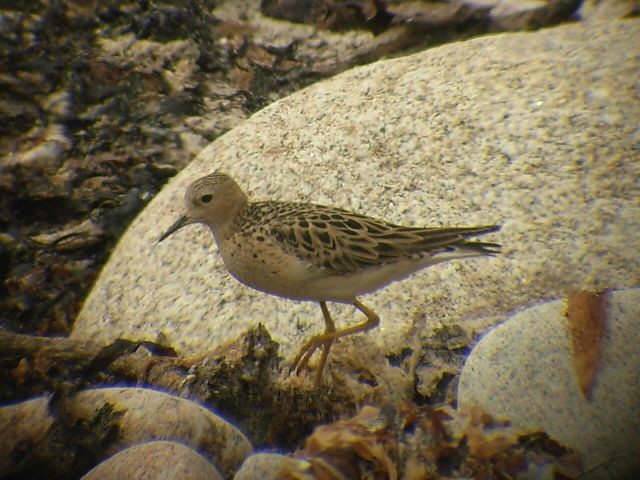 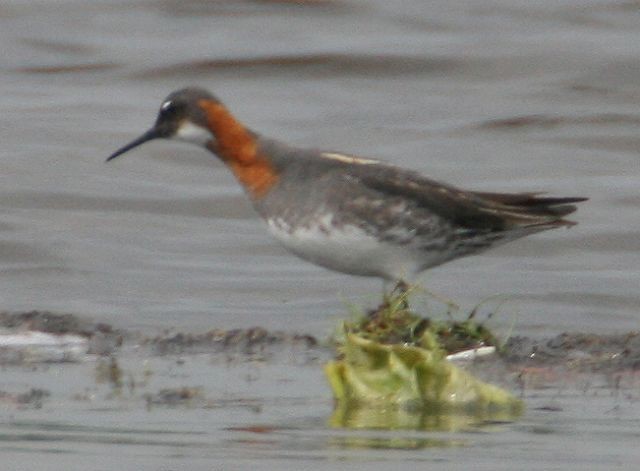 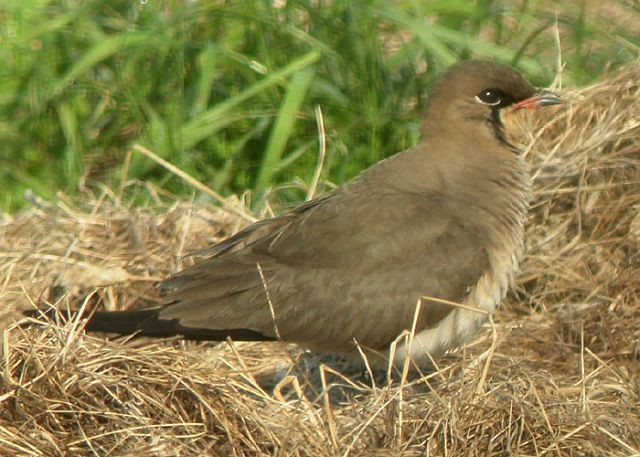 A Terek Sandpiper on Fair Isle on 13th was another addition to the long list of species recorded on the island, and the Killdeer remained at Exanboe (Shetland), as did the Collared Pratincole at Annagh Head (Co. Mayo) to the 8th. A Buff-breasted Sandpiper was on St. Agnes (Scilly) from 11th-12th and three Temminck's Stints included singles at Minsmere, Titchwell (Norfolk) and Murton GPs (Angus and Dundee). The Red-necked Phalarope remained at Martin Mere (Lancs) to 7th and others were seen in Co. Offaly and Co. Donegal. In Derbyshire a Caspian Tern was at Willington GPs on 11th and the Laughing Gull remained in Devon. A Whiskered Tern at Belvide Reservoir (Staffs) remained for the afternoon and evening of the 8th and American Herring Gulls were in Cornwall and Argyll. 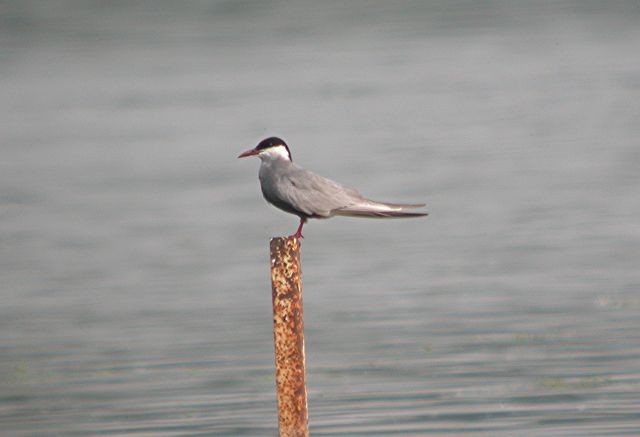 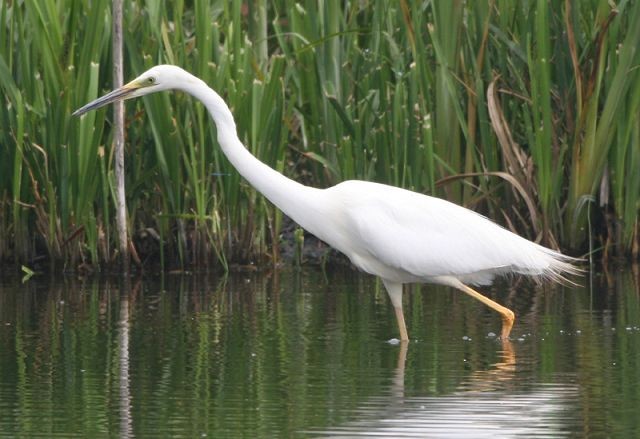 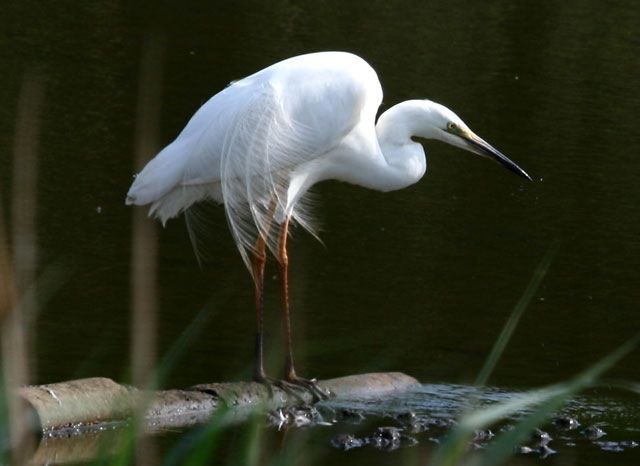 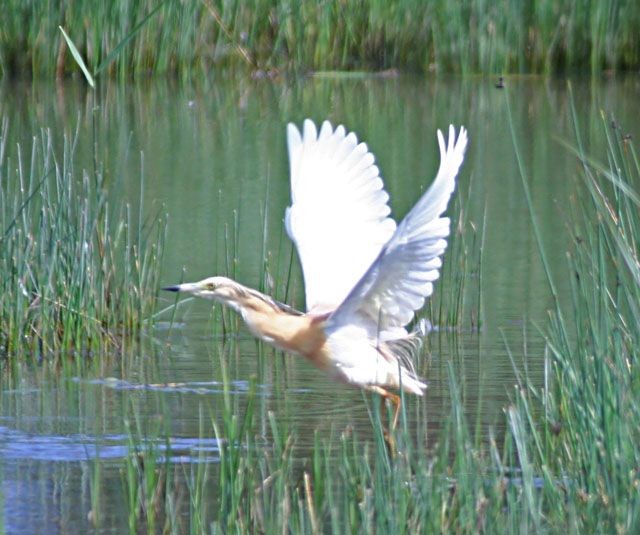 The male Little Crake continued on Unst (Shetland) and a Black Stork in Devon was first seen at Southleigh on 7th and 8th before relocating to the Taw Estuary on 10th and 12th. A White Stork passed over London on 10th and the Glossy Ibis remained in Lancashire. The Squacco Herons remained at Erith (London) and Radipole (Dorset) and another was at Dungeness (Kent). The long-staying Great White Egret continued at Tophill Low (E. Yorks) and another passed Clevedon (Somerset) on 9th. Several Purple Herons included one at Abberton Reservoir (Essex) from 8th to 9th. The Eagle Owls continued to put on a show at Dunsop Bridge (Lancs) and a Black Kite was on Mull (Argyll) on 9th and another was reported from Sorley Cross (Devon) on 8th. A female Red-footed Falcon was present briefly at Spurn (E. Yorks) on 11th and a male was reported from nearby Keyingham on 12th.

A Bufflehead was at Ardnamurchan (Highland) on 7th with it, or another, on Lewis (Outer Hebrides) from 8th to 9th. A King Eider remained in Argyll, as did the Ring-necked Duck at Avonmouth (Somerset) and a Ferruginous Duck was at Chew Valley (Somerset). Surf Scoter reports included rakes off Blackdog (Aberdeenshire) and Lunan Bay (Angus and Dundee) wit another off Vatersay (Outer Hebrides).

Mike's well-presented image shows this tiny plover blending well into its typical habitat. The low-altitude sun, reflected off the water, gives pleasing lighting and perfectly highlights the distinctive yellow eye-ring. Mike proves once again that you don't need to spend a fortune on equipment to take great bird photos. 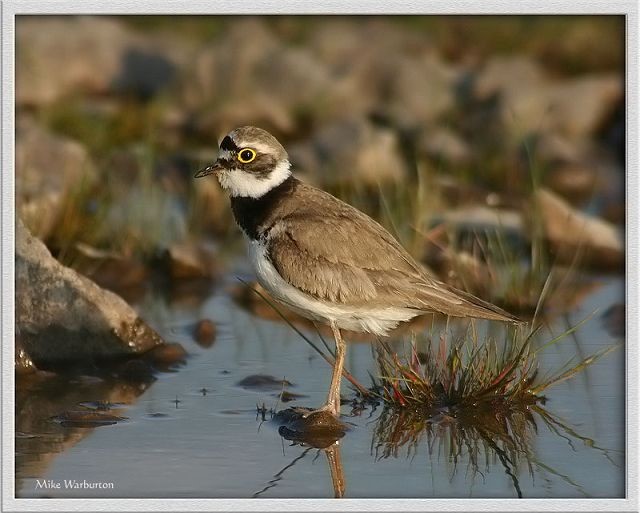 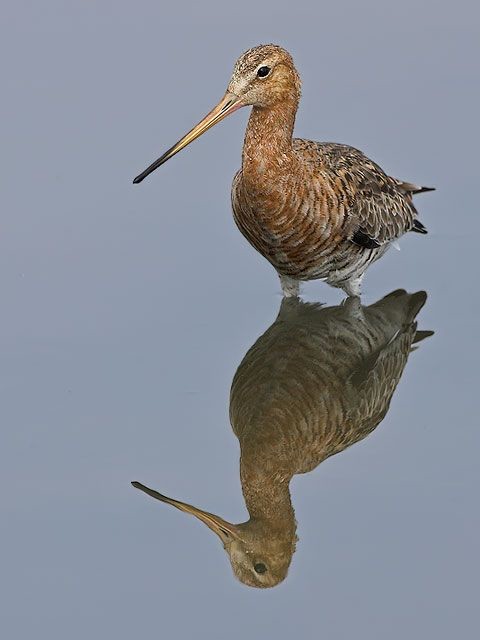 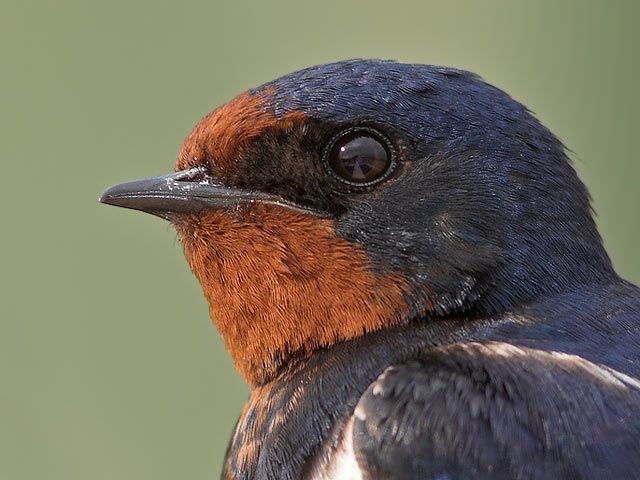 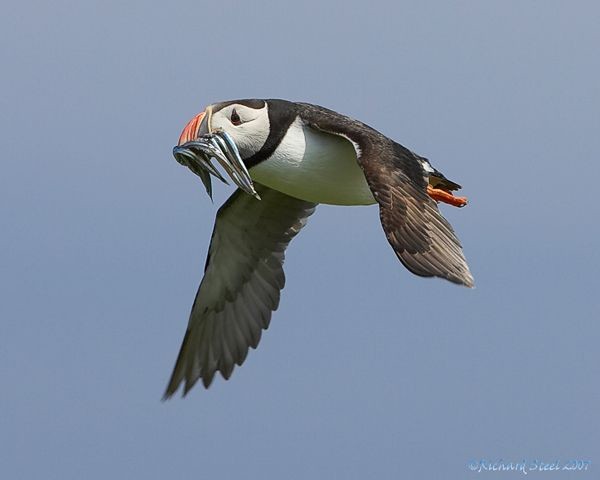 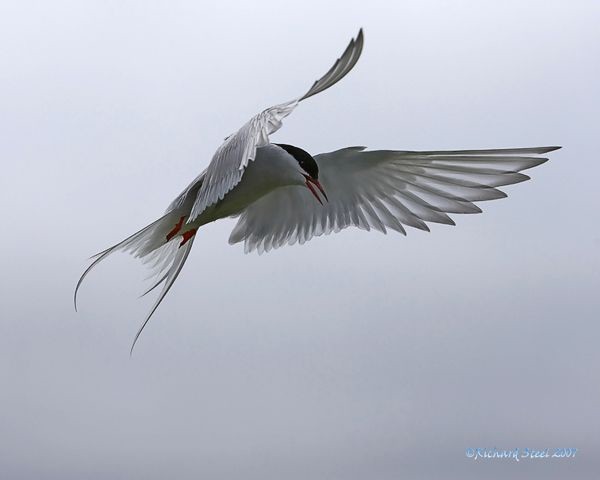 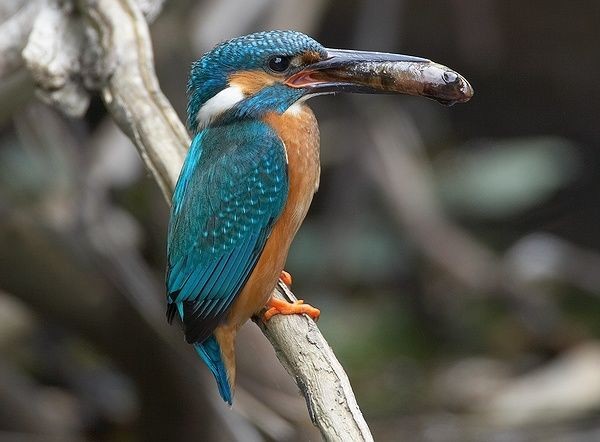