Review of the Week: 3–9 December

A changeable December week passed: days were gloomy grey, or beautifully clear and crisp or, at least in the far north and west, distinctly stormy by Tuesday. The headline-grabber was a Blyth's Pipit well inland near Wakefield, West Yorkshire, from 8th. Favouring a rough field on an industrial estate adjacent to Calder Wetlands, this surprisingly represents a first for Yorkshire and the third individual of the year following those on the Isles of Scilly and Pembrokeshire. The fields the bird is favouring are unremarkable to say the least, and seeing the area is likely to inspire patchworkers nationwide to acknowledge the mantra that "anything can turn up anywhere" — what else might be lurking in such unexceptional suburban locations across our islands? Note that, for anyone thinking of visiting the bird, 'deck views' will be near-impossible because of the long grass in which the bird so easily disappears once it lands. 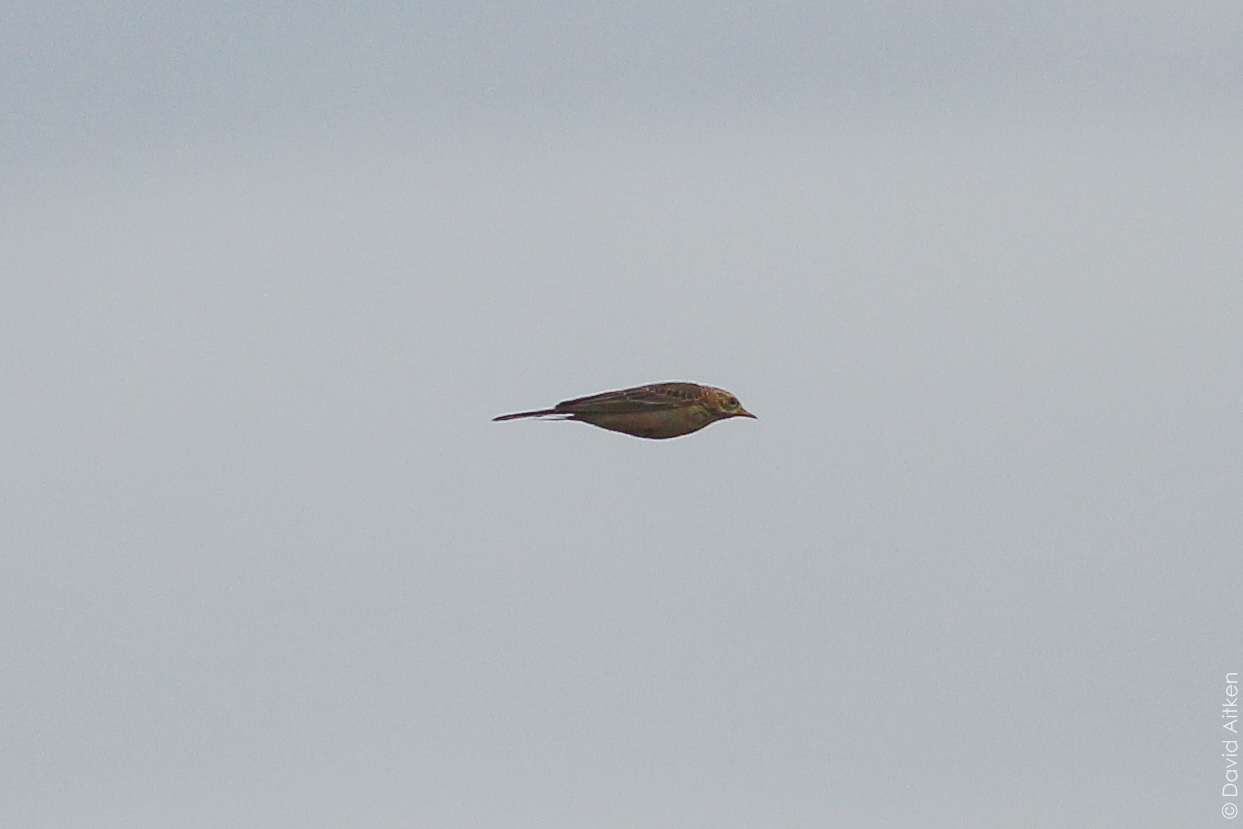 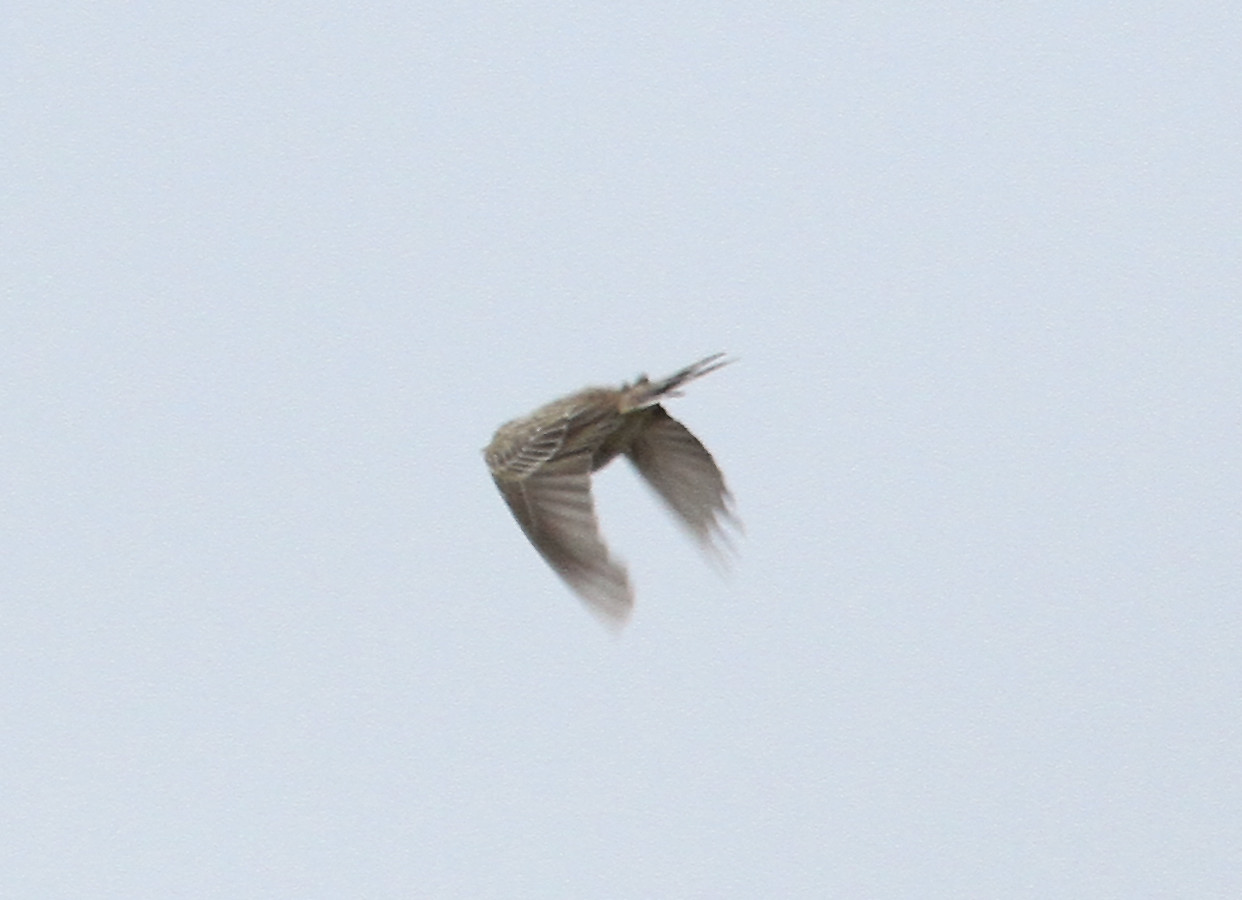 Both Eastern Black Redstarts made it into this week's review period, though the Scalby bird was last seen on Wednesday 3rd. By contrast, the Scilly bird lingered on St Mary's throughout the week and looked to be a real poser, giving more than gratifying views for local birders. From a short hop across the sea we received a very convincing description of a bird possessing a similar colour scheme: an American Robin seen briefly at Kelynack Valley, Cornwall, on 4th, though subsequent searches by several observers unfortunately drew a blank. 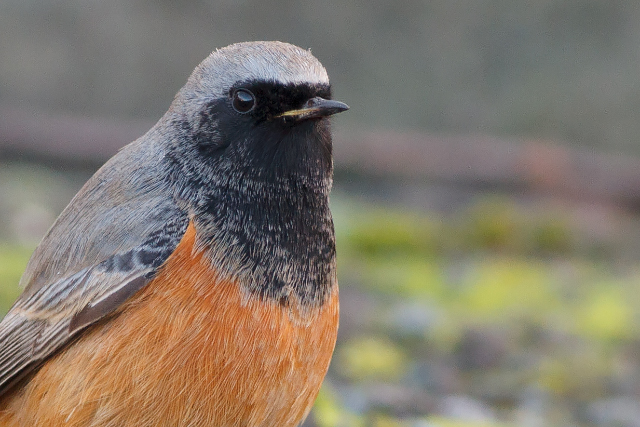 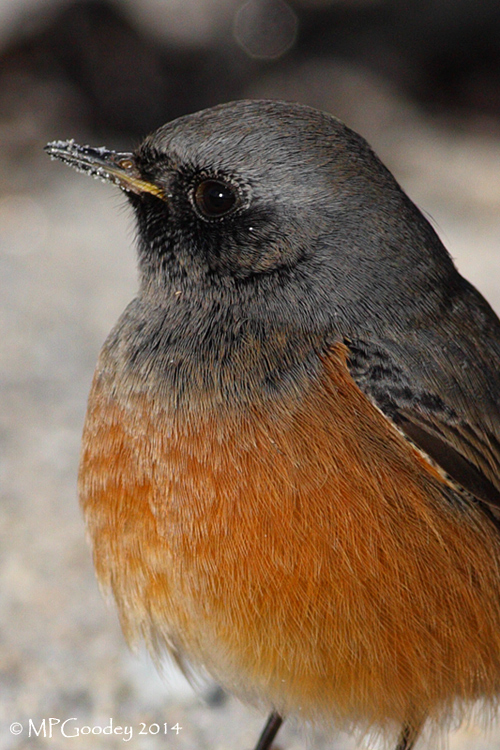 There were no further reports of the Galway Bay Pacific Diver, and the Cornwall bird looks possibly to have moved on following negative news throughout Sunday (it was still there on 6th). American Coots remained on the Outer Hebrides and in Co Kerry.

Notable goose records this week included a possible Grey-bellied Brant at Belmullet, Co Mayo, on 8th, the Ross's Goose showing up near Dunbar, Lothian, on 7–9th and the white-morph Snow Goose touring North Norfolk: it was seen near Choseley, Bircham Newton and finally Holkham this week. The Lesser Canada Goose remained at Wexford Wildfowl Reserve, while as many as nine Black Brants were distributed between Devon and East Yorkshire, the sole outlier being that still at Barrow Harbour, Co Kerry. 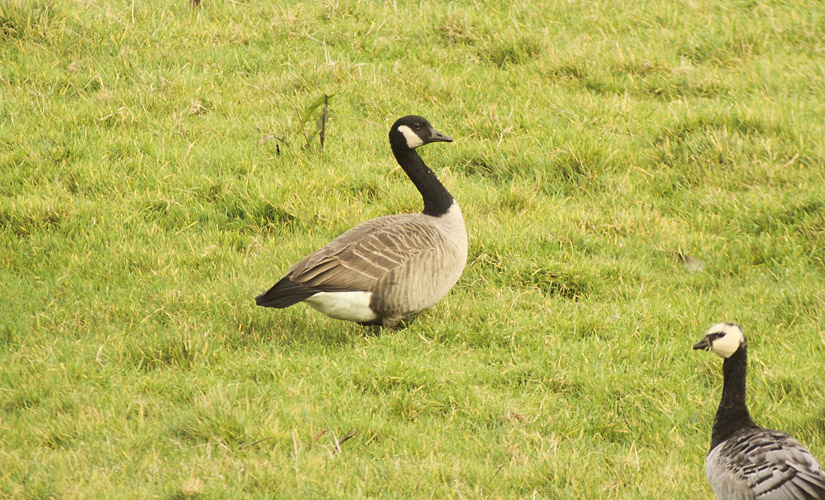 A drake American Wigeon was at Morwellham Quay, Devon, on 3rd and two females remained on the Gannel Estuary, Cornwall. Drakes also remained at Loch of Collaster, Shetland, and Tullaghan, Co Leitrim. Drake Green-winged Teal were new at: The Geargh, Co Cork, from 3rd; Broadwood Flash, Ayrshire, on 6th; Tacumshin, Co Wexford, on 6–7th (and at nearby Cahore on 6th); and Loch Sandary, North Uist, from 7th. Birds also remained in Ceredigion, Dumfries & Galloway (2), Clyde and Orkney.

Two Cattle Egrets continued to frequent Dungeness, Kent, with up to seven Great White Egrets at the same site; another Cattle Egret remained at Burton Mere Wetlands, Cheshire. A Glossy Ibis flew over Lympne, Kent, on 8th and the long-stayer was still at Frampton Marsh, Lincs. A Lesser Yellowlegs was a nice find at Brownsea Island, Dorset, on 8th and Aberdeenshire's Spotted Sandpiper reappeared at Inverallochy on 7th. 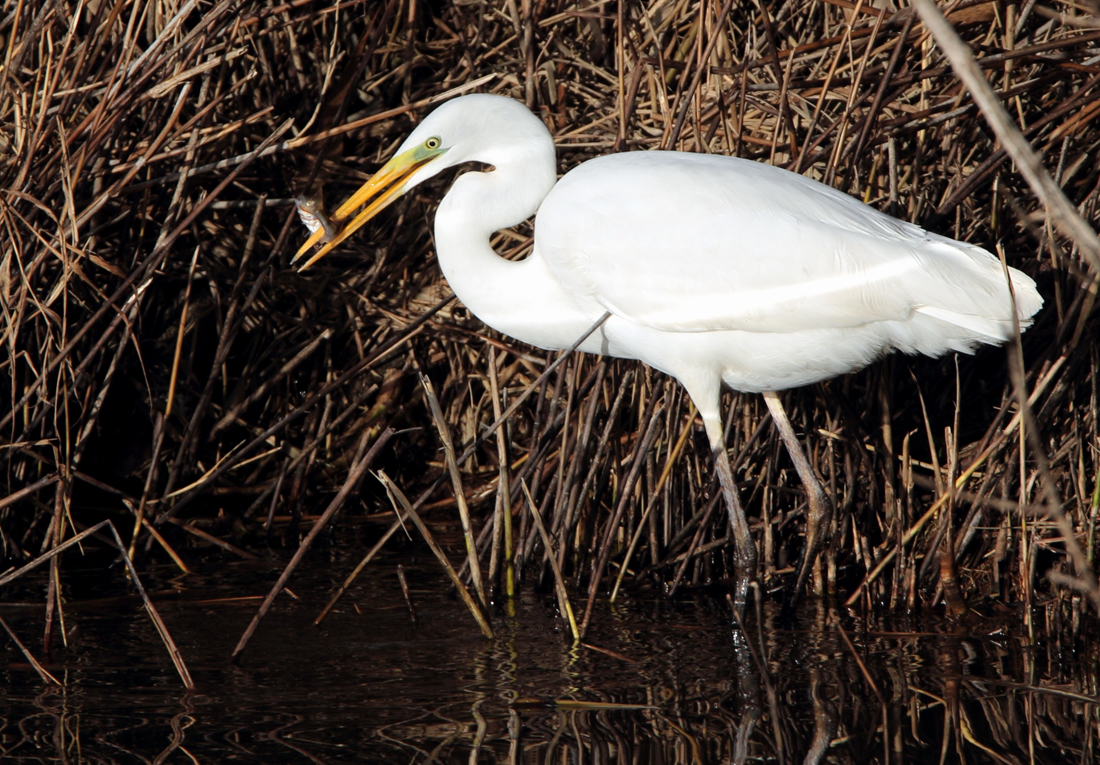 The Laughing Gull was again at Ballycotton pier, Co Cork, on 6th and the Bonaparte's Gull was still at Dawlish Warren, Devon, that day. Four different Ring-billed Gulls were seen at Nimmo's Pier, Co Galway, over the weekend, with others still at Bray, Co Wicklow; Tramore, Co Waterford; and Gosport, Hants. 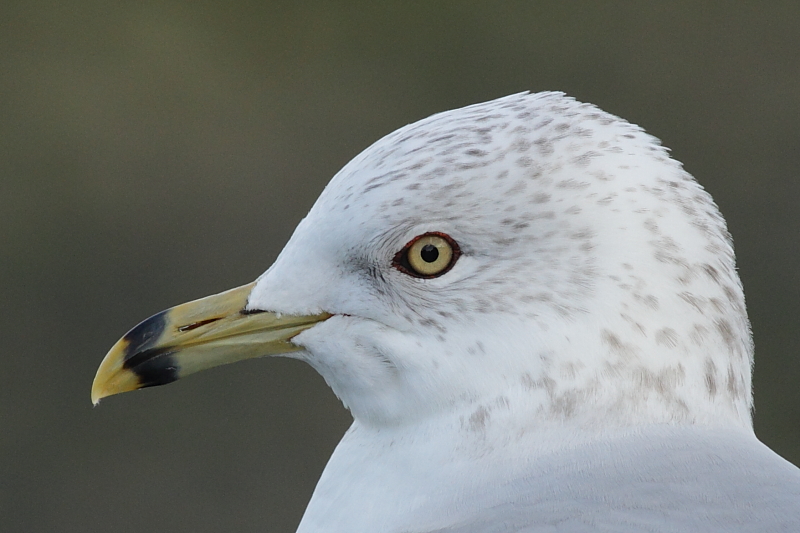 Extremely exciting news for Welsh birders concerned the nation's first confirmed Caspian Gull at Gresford Flash, Clwyd, from 4th (and first seen on 2nd). This was joined by an adult on subsequent dates and, sensationally, a third bird (another first-winter) was later found at Cosmeston Lakes, Glamorgan, on 8th. This was part of an apparent westward push of cachinnans into Britain following increased numbers in the Netherlands over the past fortnight. White-winged gull numbers remained low but this week's storm should result in the first notable influx of the winter. 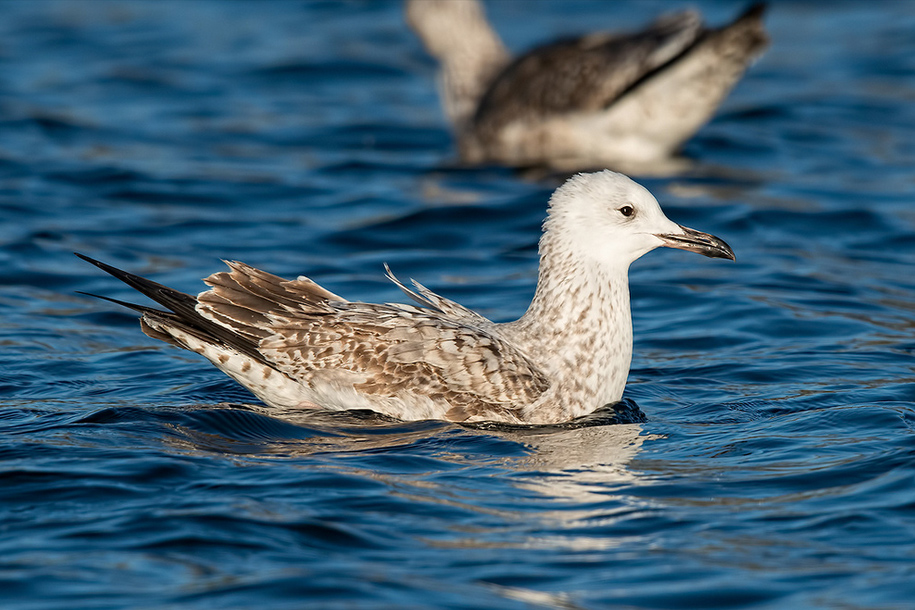 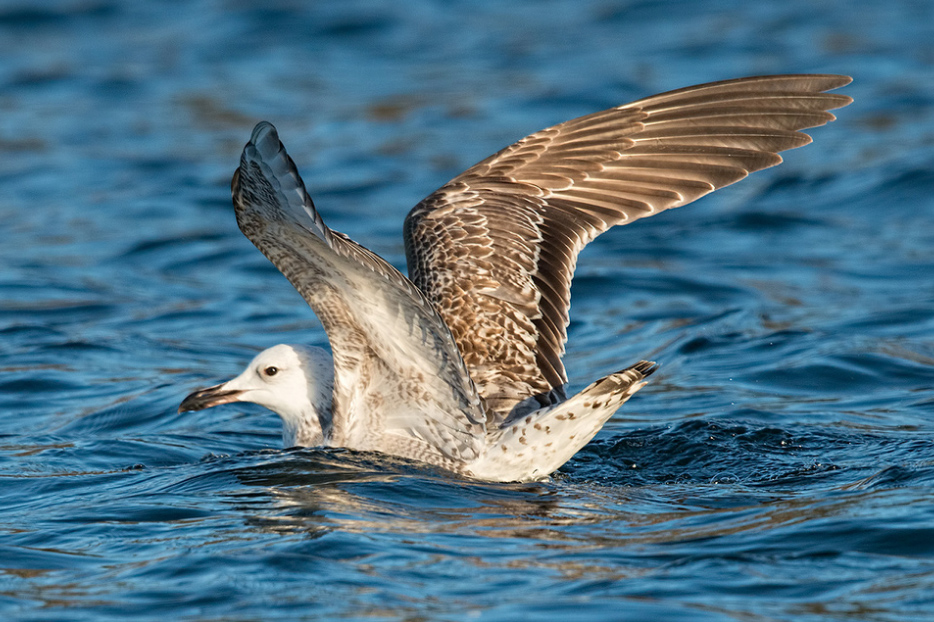 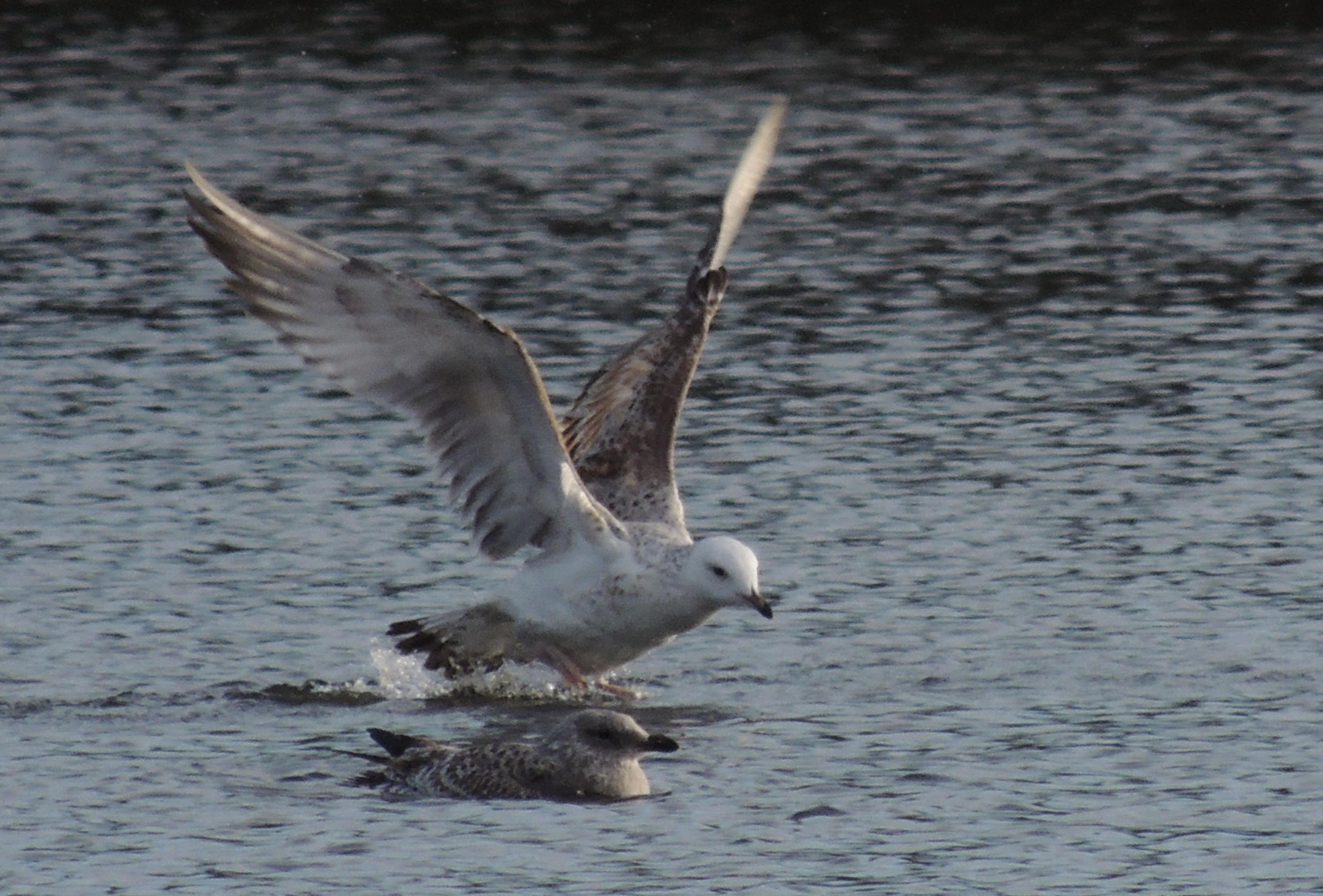 A Hoopoe was in the Lulworth area of Dorset on 2nd and 6th; the Portland bird was still at the Bill on 3rd but it was found dead at Wakeham on 5th. The Dawlish, Devon, bird was still around to at least 7th. A new Richard's Pipit was found in fields near Redcliff Point, Dorset, on 3rd and lingered to at least 8th; three remained around Stolford, Somerset, and singles were still at Horse Eye Level, East Sussex, and Cloughton Wyke, North Yorkshire.

2014 goes from strength to strength for Desert Wheatears, with an unusually skittish male on the beach at Winterton, Norfolk, on 5–7th and a female reported briefly between Cadgwith and Lizard Point, Cornwall, on 7th. Also in the latter county, the female remained at Porthgwarra to 9th. 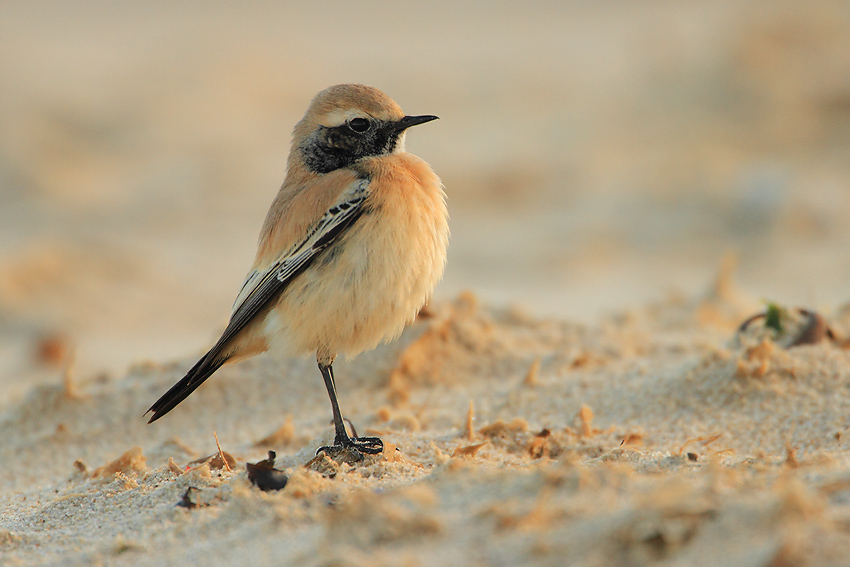 The Dusky Warbler remained at Kelynack, Cornwall, throughout the week as did the Barred Warbler at Portland Bill, Dorset — the latter happily feeding on apples in the observatory garden. A presumed Central Asian Lesser Whitethroat (halimodendri) visited Little Orme, Conwy, on 7th but quickly moved on.

A small influx of Penduline Tits this week saw a female at Ouse Fen, Cambs, on 4th and another at Cotswold Water Park, Wilts, on 6th. At least three (possibly five) were spread around the Exe Estuary, Devon, with two seen briefly at Darts Farm, Topsham, on 5th and 9th and three at nearby Bowling Green Marsh from 7th. The only other notable news nationally was the continued presence of the Bristol Rose-coloured Starling, which was still in Bishopton on 5th.

Overseas records included the Western Palearctic's second-ever Ashy Drongo, photographed in Israel on 3rd (photo here); the only previous occurrence was in Kuwait City in early 2013. Meanwhile the Black-faced Bunting continued to loiter on Heligoland, Germany, and may go on to spend the winter there. Unfortunately the White-crowned Black Wheatear in the Netherlands appears to have become the victim of a cat. A Great Blue Heron continued to be seen on Terceira, Azores, and belated news came of Spain's second American Robin, photographed in the city of Granada, Andalucía, on 25 November. 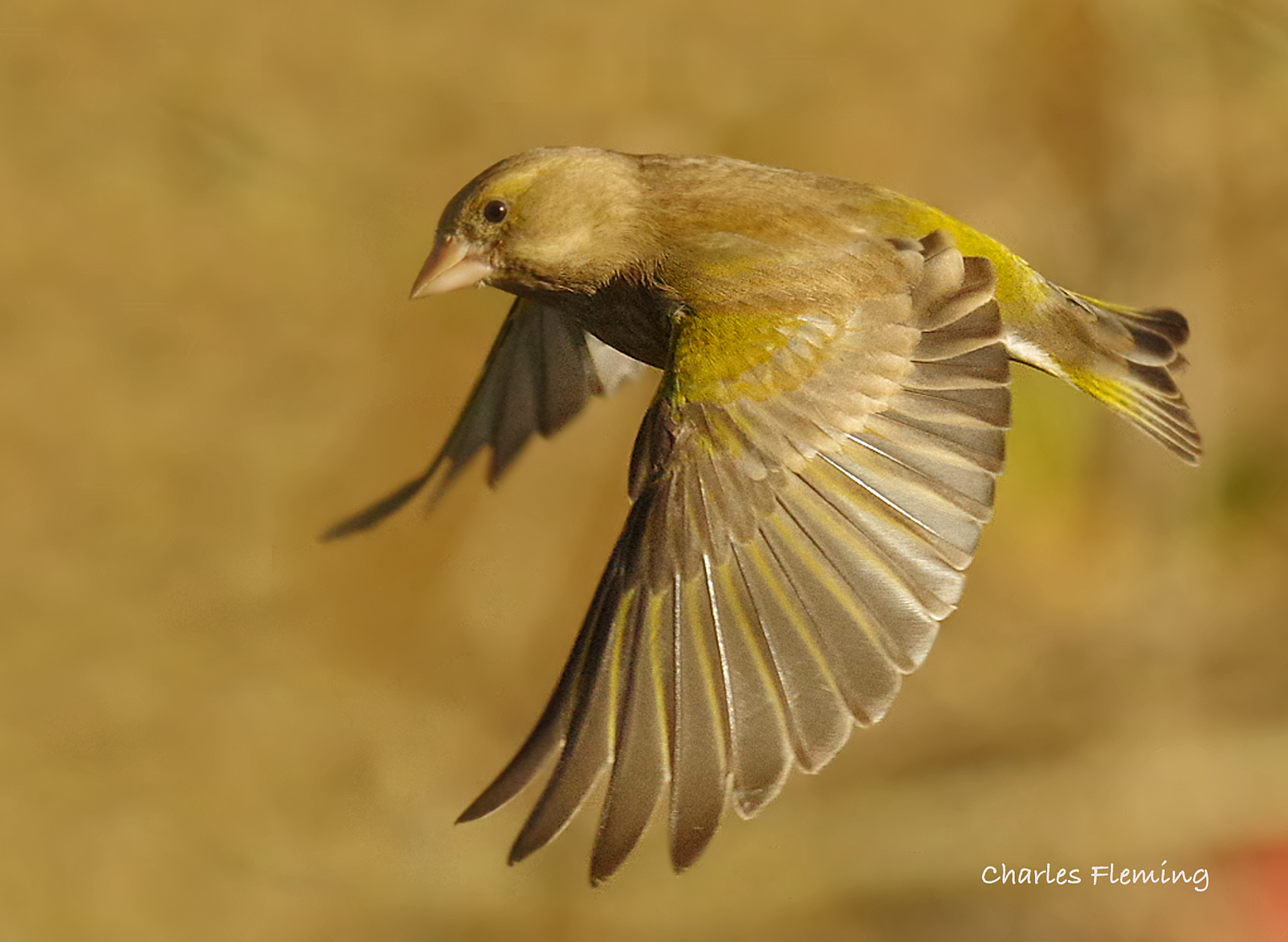 Photo of the Week was a really difficult choice this week, writes Steve Young, for there were so many great-looking images posted on Iris including many with a wintry feel. I can only choose one, though, so I've gone for Charlie Fleming's flight shot of a Greenfinch.

Flight shots of many slow-flying species are relatively easy to come by, but flight shots of small finches aren't! Charlie presumably has a feeding station with nice light and uncluttered backgrounds, and knows the flight path of his birds to and from the feeders perfectly. This isn't the first time that he has submitted this type of image, but I particularly liked the pose on this one.

Using a 300mm lens, a shutter speed of 1/3200th second has just about frozen the finch, with nicely positioned wings; ISO2000 was used to achieve this shutter speed but with modern-day high ISO quality you wouldn't know unless you were told. Congratulations to Charlie on his POTW and his perseverance with finches in flight! 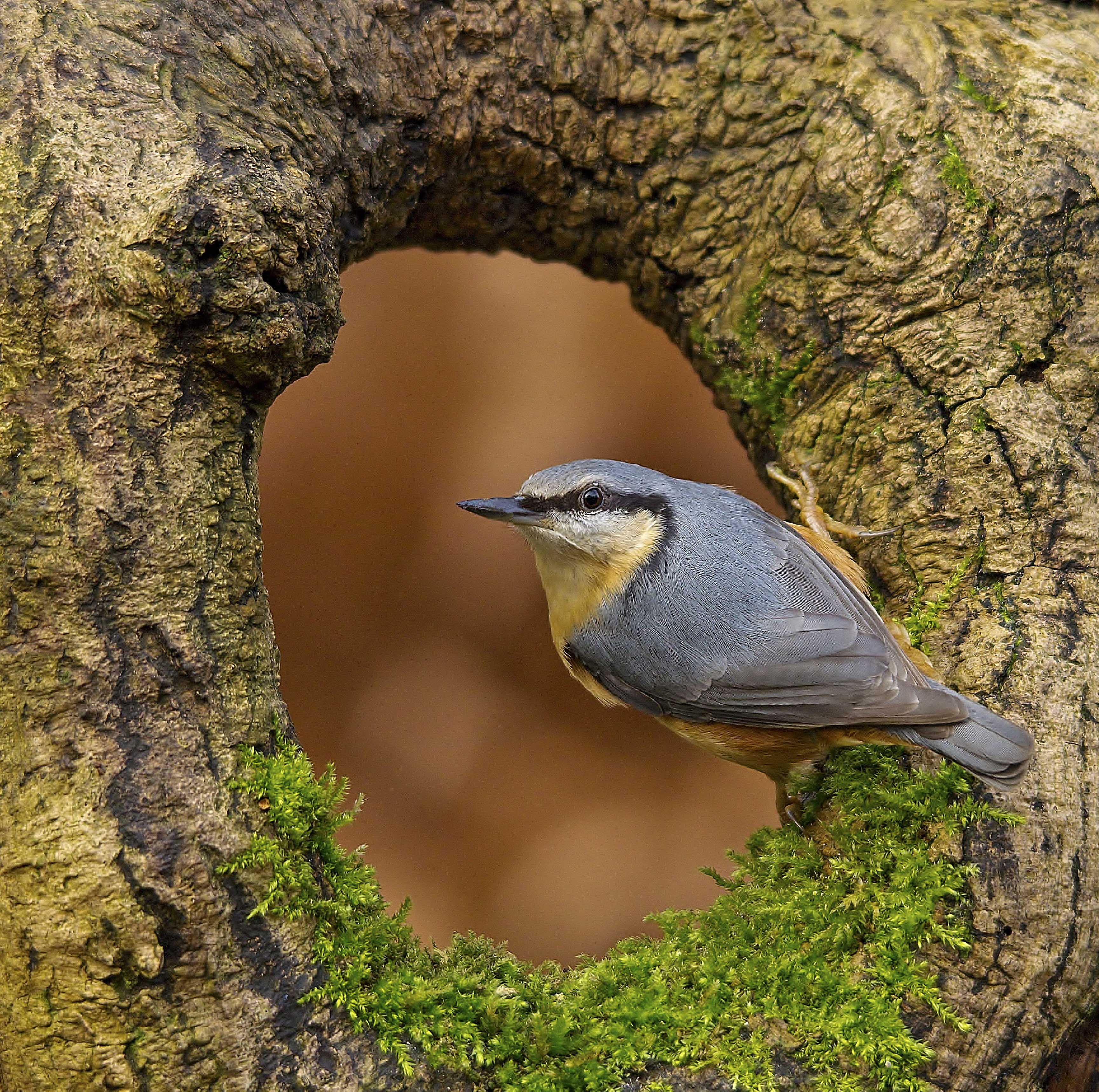 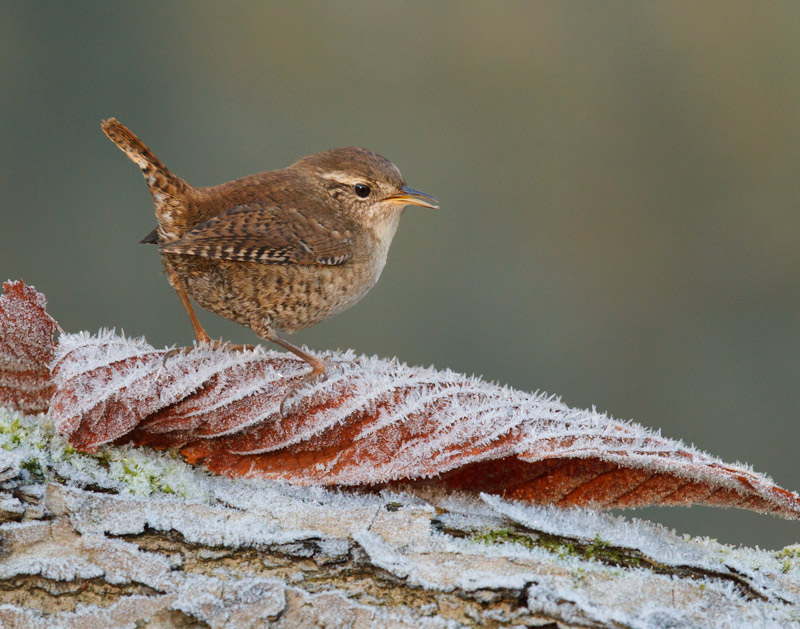 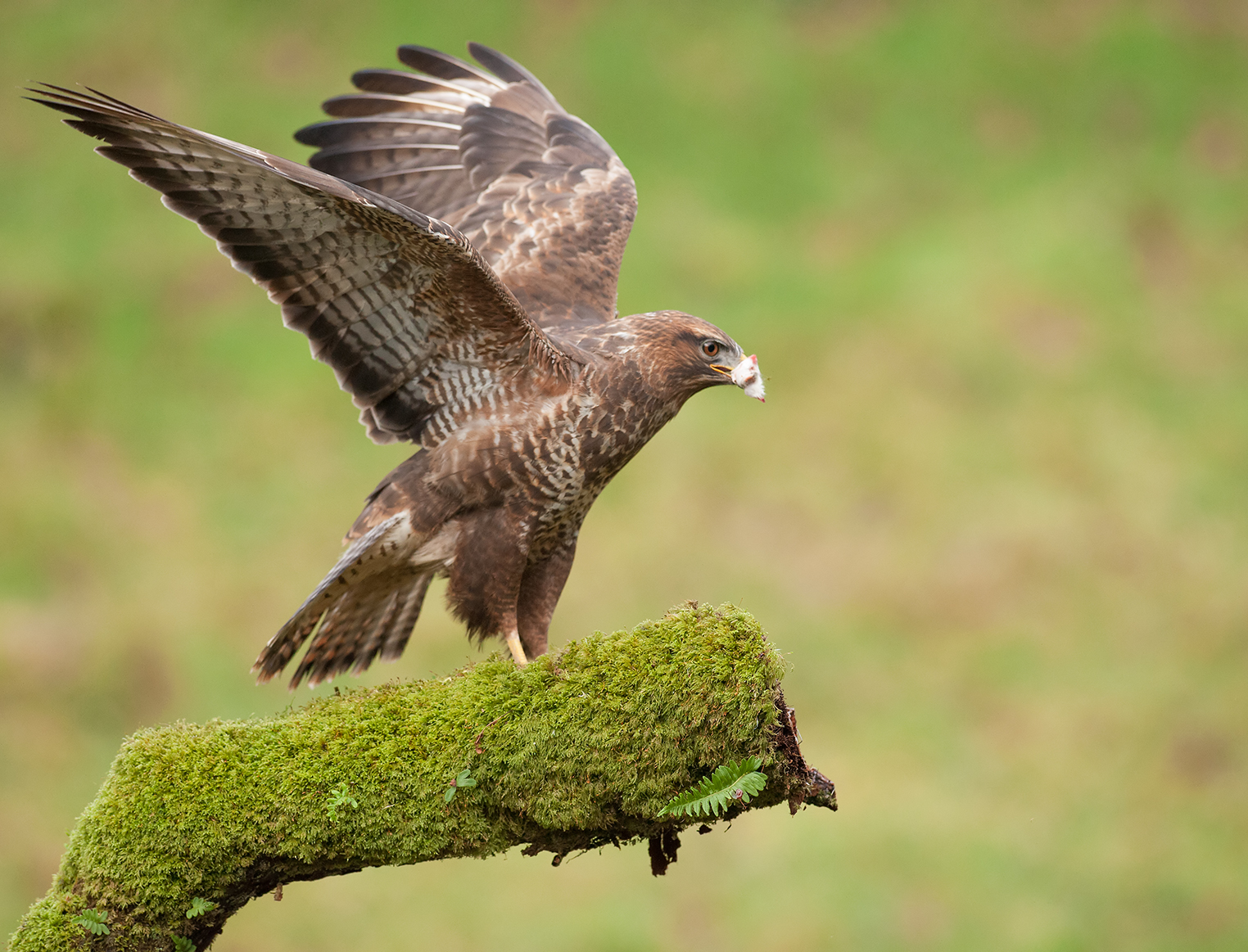 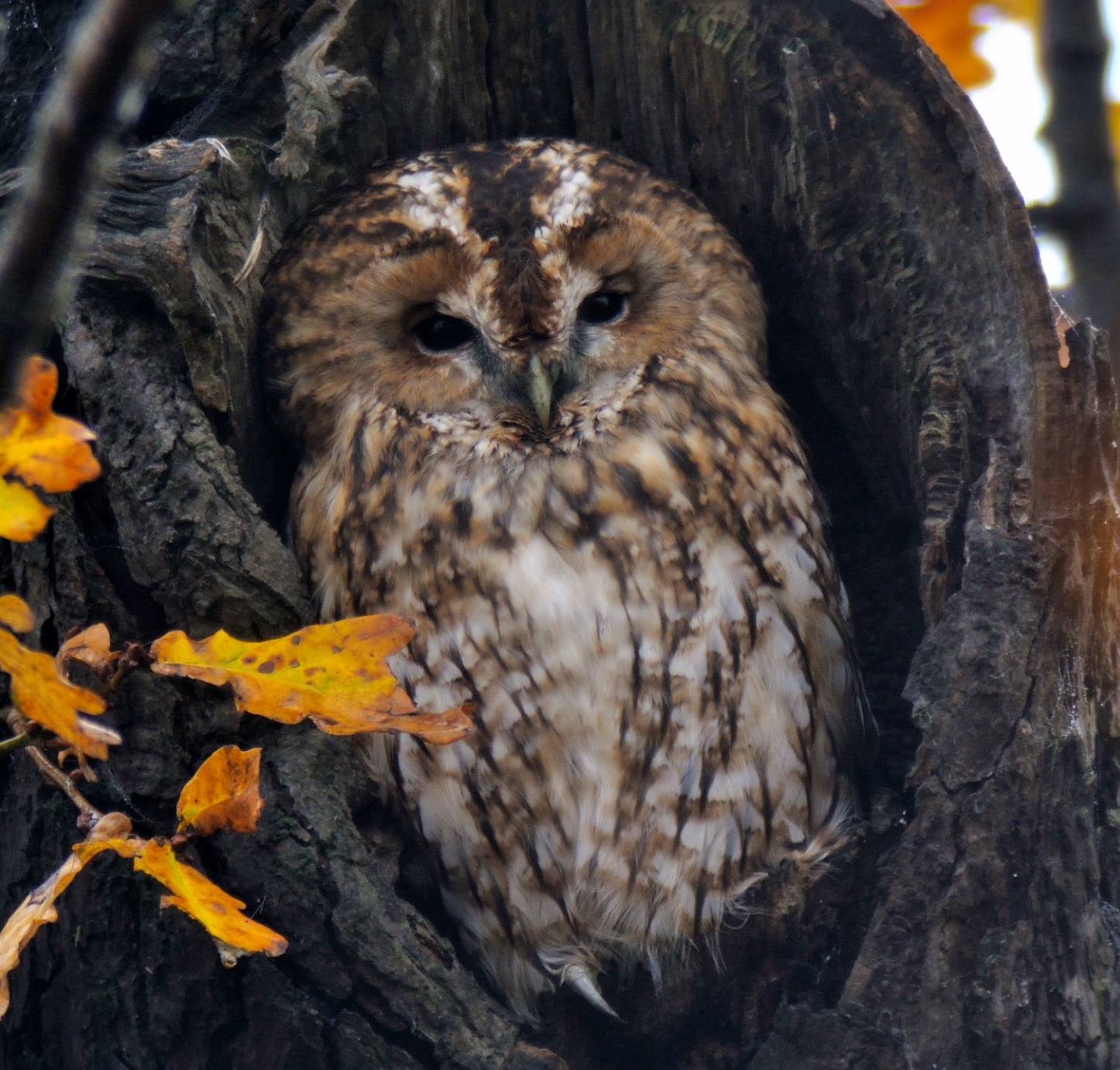 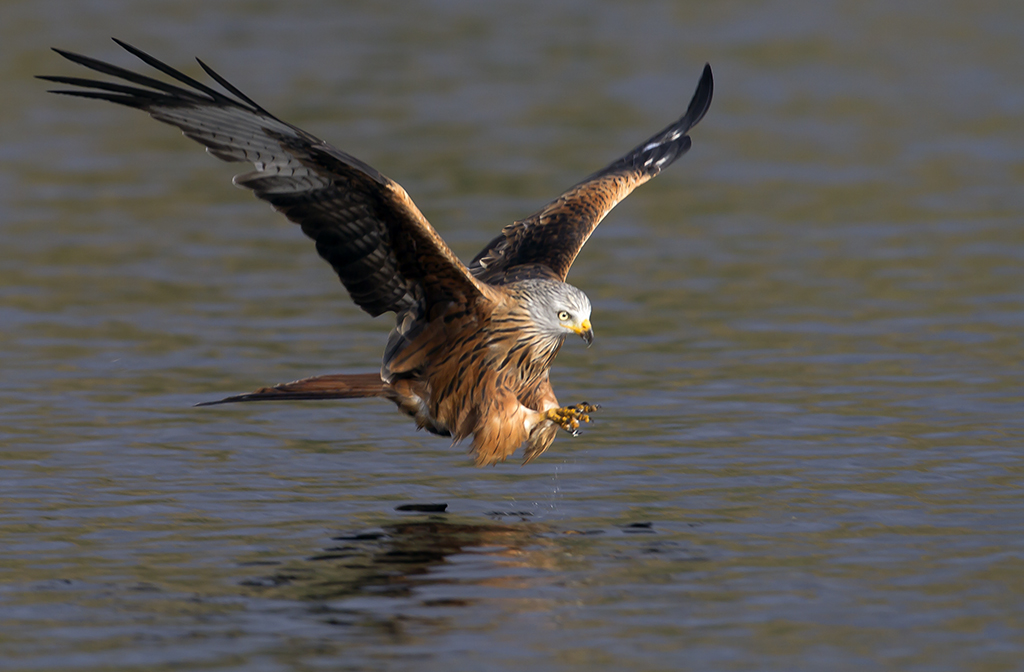 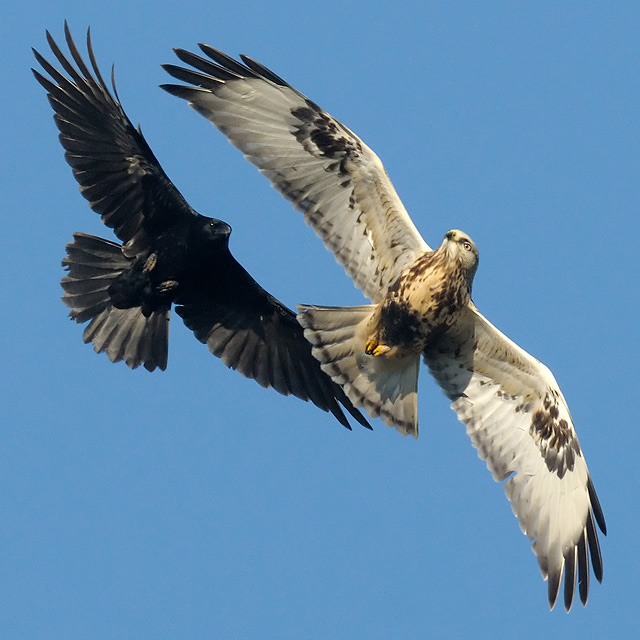 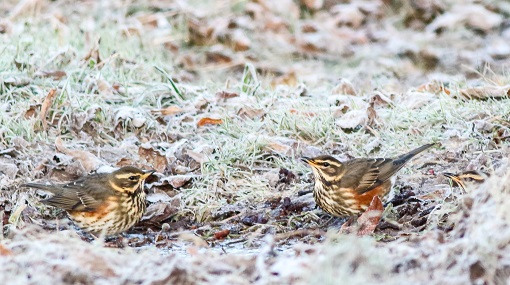 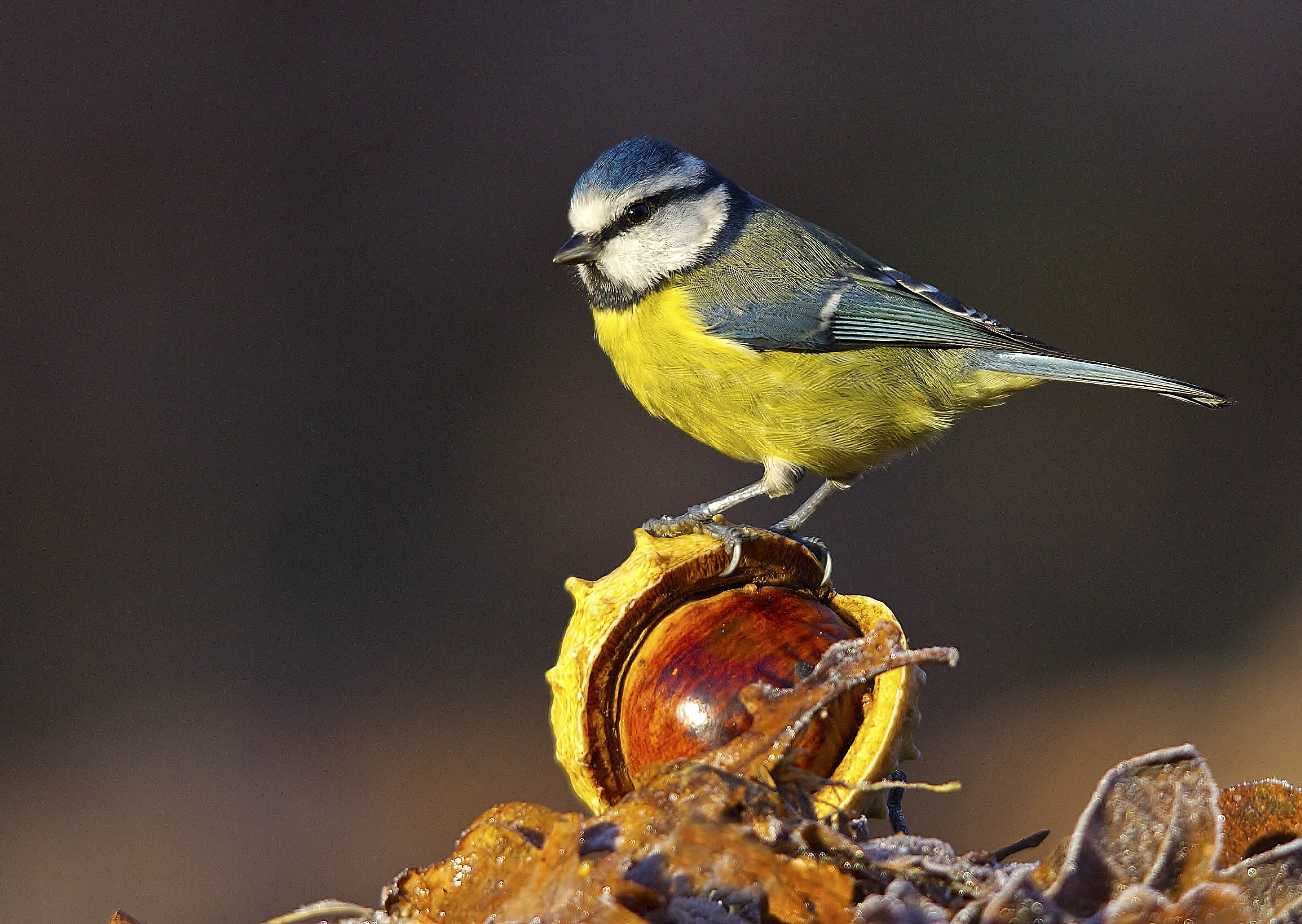 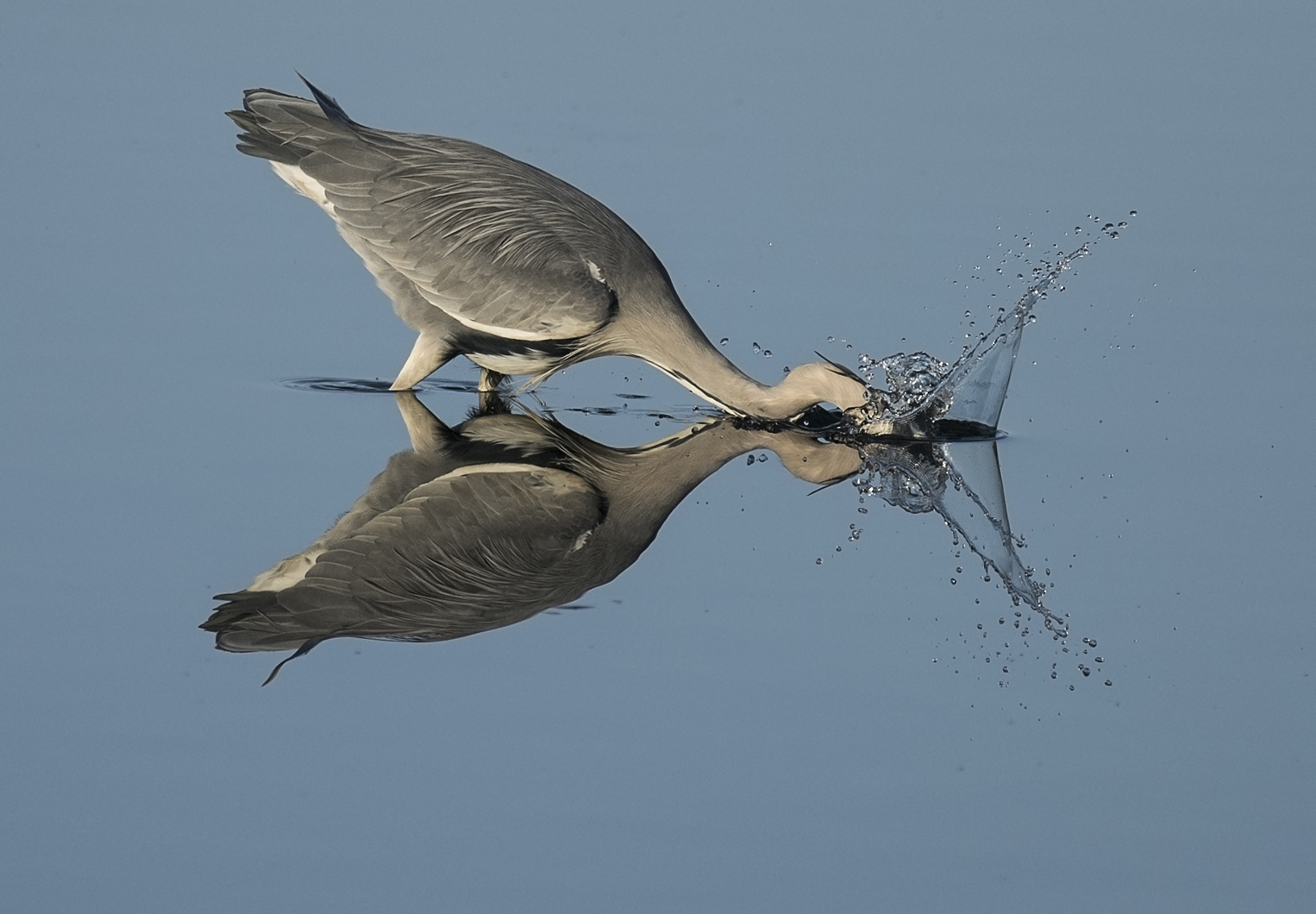 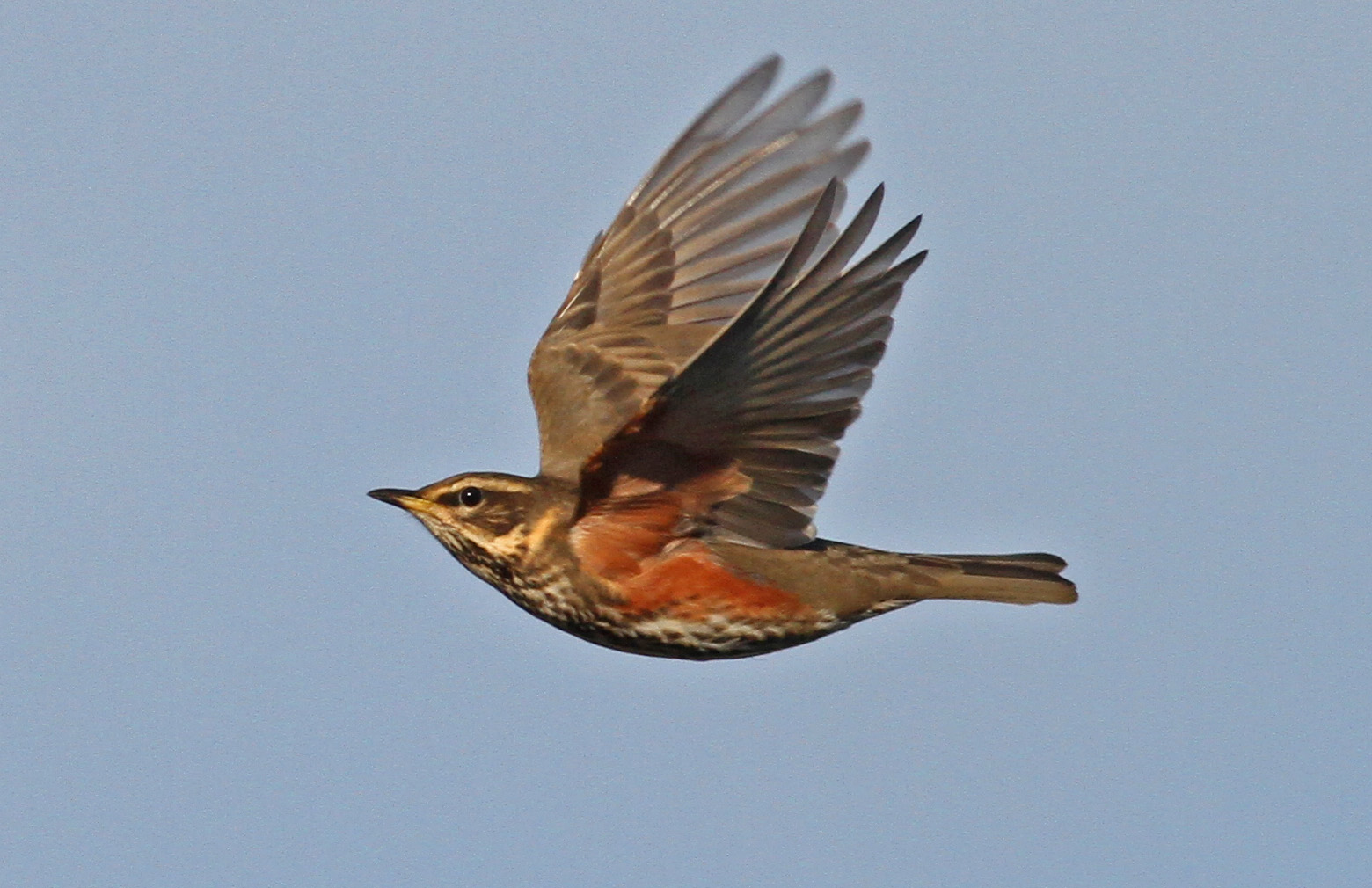 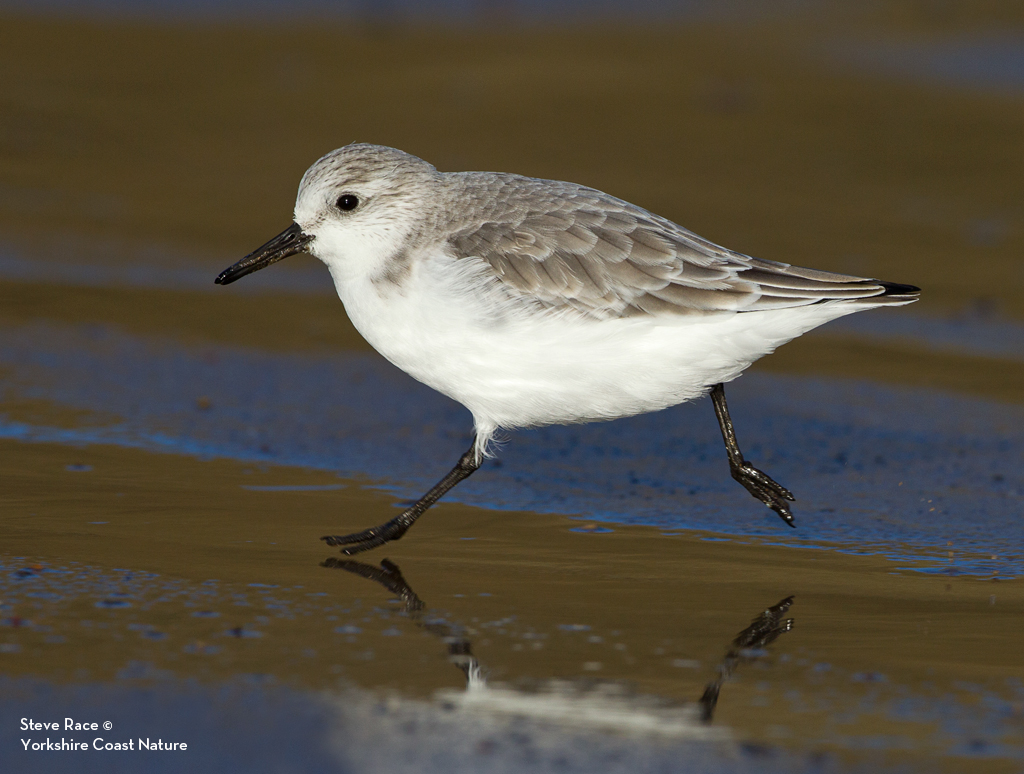