This week was almost a carbon copy of the last, with one notable addition to the headlines: a Short-toed Eagle seen by a tour group over Wykeham, N Yorks, in mid-afternoon on 2nd. Despite this area being relatively well watched by birders coming to see Honey Buzzards, the eagle was not reported again — save for a 'possible' sighting over the raptor viewpoint in Wykeham Forest at 12:40 on 4th.

Elsewhere Aberdeenshire's American White-winged Scoter remained off Blackdog with up to two Surf Scoters and, from the weekend onwards, was joined there by the King Eider from Ythan Estuary. The Great Knot spent most of the week at Titchwell, Norfolk; it made just occasional forays west to Gore Point after having showed very well there for prolonged periods last week. With no sign of it at Titchwell on 5th (and again on 6th), it has perhaps finally moved on, though it could easily still be somewhere else in north-west Norfolk. Surprise news from Cornwall concerned the sudden reappearance of the Hudsonian Whimbrel at Perranuthnoe on 30th; it was seen there again on 3–4th. One assumes that it has been in the area throughout the spring — birds can be notoriously difficult to keep track of on rocky coastlines. This long-staying bird is very much reminiscent of young birds seen in the Azores in recent years, and it may well be that it stays around in to 2017. 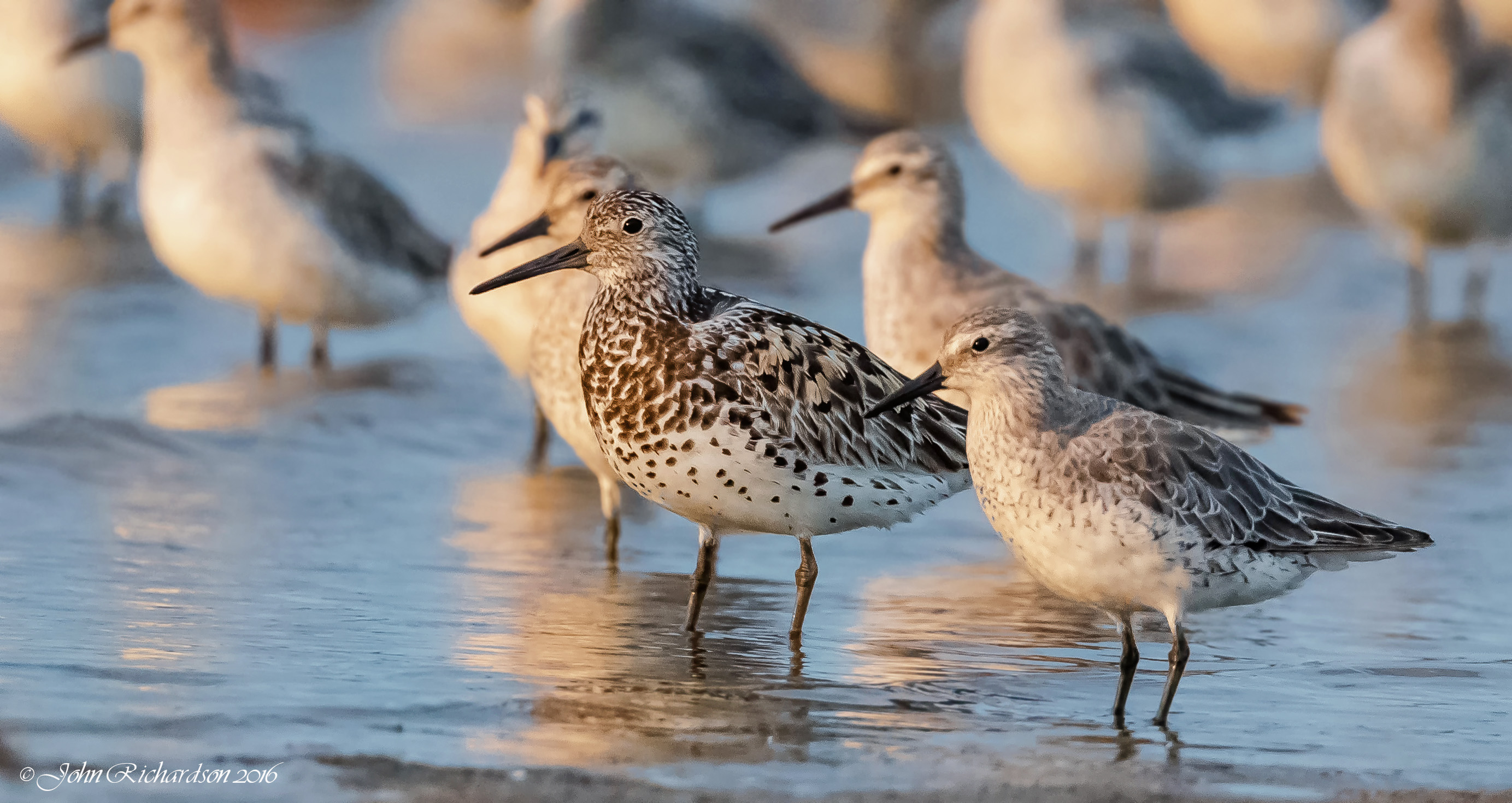 Causing a bit of a stir was the news that a Seaside Sparrow had spent a considerable amount of time in British and Irish waters earlier in the spring. It was present on the MV Balmoral throughout; the ship docked at Ringaskiddy, Co Cork, on 18 May before heading east to Southampton, Hampshire, on 20th and then north to Royal Quays, Northumberland, on 21st, 26th and 31st. The ship had toured the eastern USA until 13 May, Norway on 22–25th and again on 27–30th, and then Iceland from 3 June, when the bird was still on board. Reports suggest the bird was fed throughout its epic journey and one assumes that it won't be getting anywhere near Category A of the British List.

The American Wigeon was last seen on the Ythan Estuary on 1st, but another was discovered at Walberswick, Suffolk, where it lingered for a day on 3rd. The Ferruginous Duck persists at Washington WWT, Durham, while a Surf Scoter was still off Musselburgh, Lothian, on 3rd. Strontian's long-staying drake American Black Duck was noted again on 29th, and a female Blue-winged Teal was logged at Lough Beg, Co Londonderry, on 4th.

A promising early-season spate of Wilson's Storm-petrel sightings saw singles recorded from Scilly pelagics on 3rd and 4th plus a further bird seen from a pelagic out of Baltimore, Co Cork, on 3rd. The first Great Shearwater of the season passed Ram Head, Co Waterford, on 5th.

After a visit back to the Hayle Estuary on 29th the Dalmatian Pelican has begun to edge its way back eastwards — by 4th it had been reported on the River Tamar near Plymouth and on 5th was at nearby St John's Lake. Male Little Bitterns continued to hold territory at Old Moor, S Yorks, and on the Somerset Levels, the latter site (Ham Wall) also hosting two of the week's eight Glossy Ibises. A mobile Cattle Egret continued to pop up at sites around the Ouse Washes, Cambs, while another remained in Co Wexford. The White Stork was reported again from Culham, Oxon, on 30th, with it or another drifting south over Queen Mary Reservoir, Surrey, on 2nd.

The Caspian Tern was last seen at Breydon Water, Norfolk, on 29th, while a first-summer Bonaparte's Gull was discovered on the River Lee in Cork City on 2nd; the first-summer also remained in Northumberland all week. The Ring-billed Gull was still at Enniskillen, Co Fermanagh, on 29th, while there were five Glaucous Gulls and a single Iceland Gull noted. A good candidate for a first-summer Baltic Gull was at Albert Village Lake, Leics, on 30th. An adult Mediterranean Gull on Fair Isle on 2nd was just the second island record. 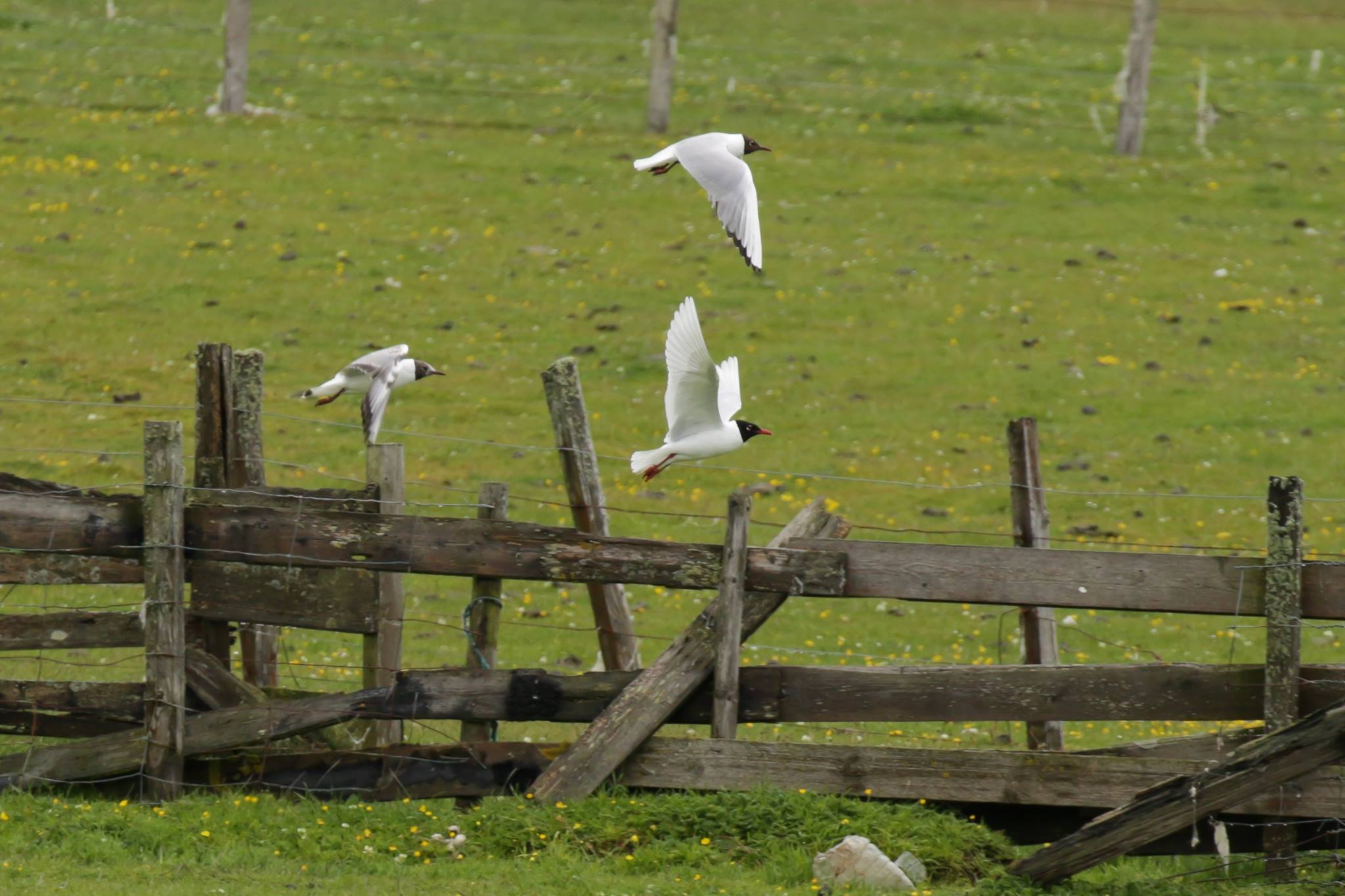 A Savi's Warbler was singing at Strumpshaw Fen, Norfolk, to 3rd, while a male Citrine Wagtail at Orford Ness, Suffolk, on Sunday was an unusual July record. The Marsh Warbler continued to sing at Norwick, Unst, and the male Red-backed Shrike lingered on at Allhallows, Kent, to at least 4th. 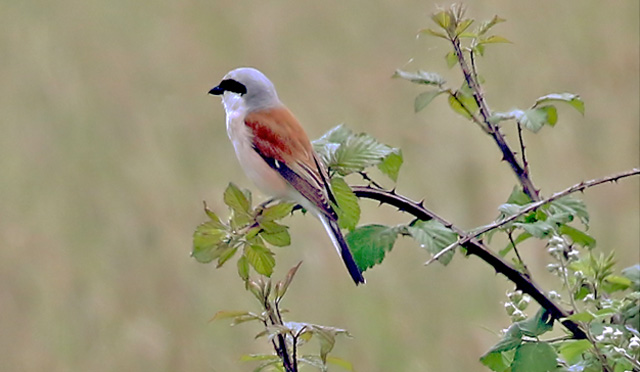 Flyover European Bee-eaters were noted at three sites in Norfolk: over Strumpshaw Fen, on 29th, Waxham on 3rd and Cromer on 4th. A Hoopoe was in a garden at Burrington Combe, Somerset, on 4th. The lingering European Serin was at Landguard, Suffolk on 29th; others were seen on Portland, Dorset, and at Nanquidno Valley, Cornwall. A singing Common Rosefinch at Walthamstow Marsh from 3rd was a great record from London. 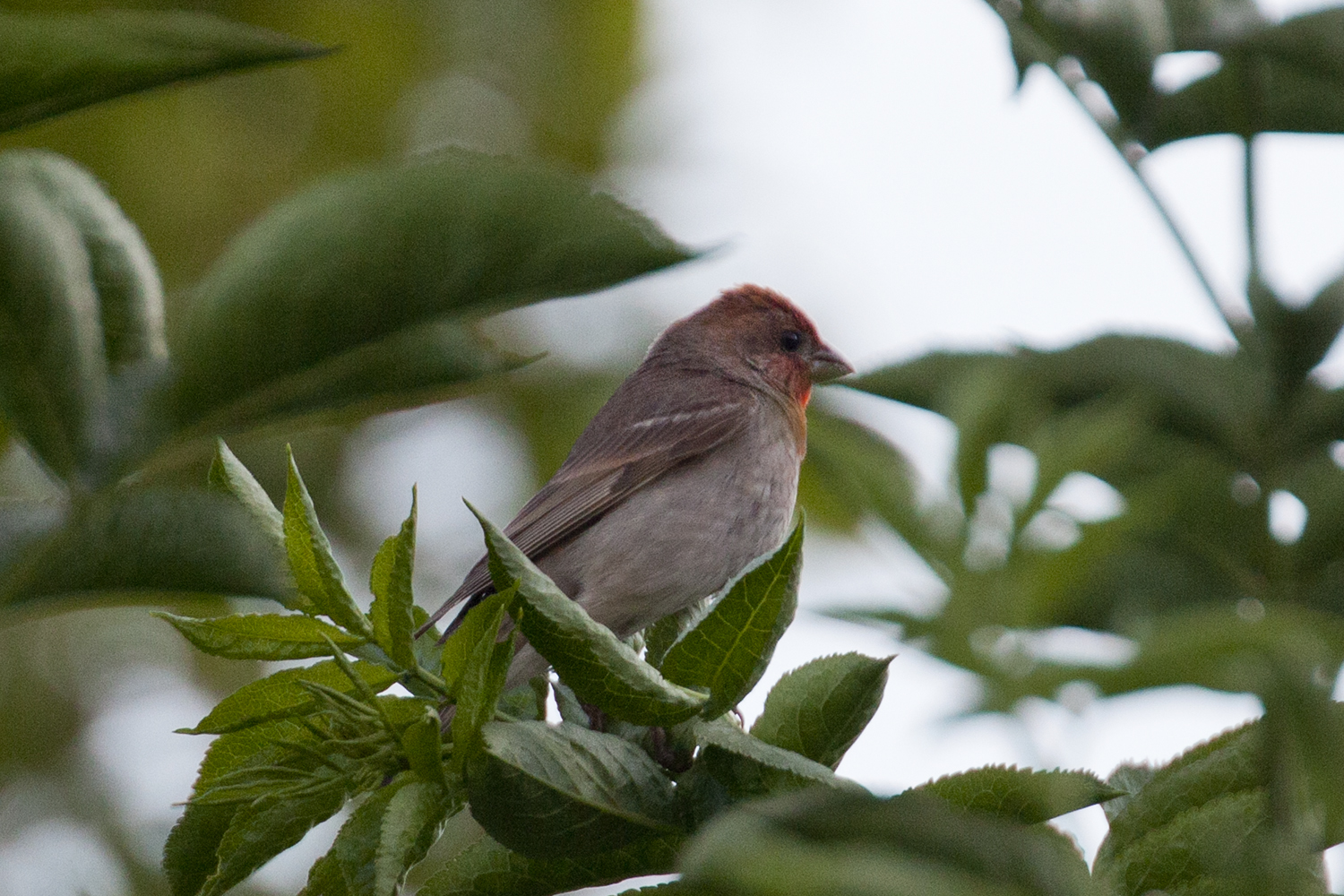 Finland's second Rufous Bush Robin was a great find on the island of Rauma on 4th; still present the following day, this follows the first national record in 1995. Britain, incidentally, hasn't hosted this species since 1980. 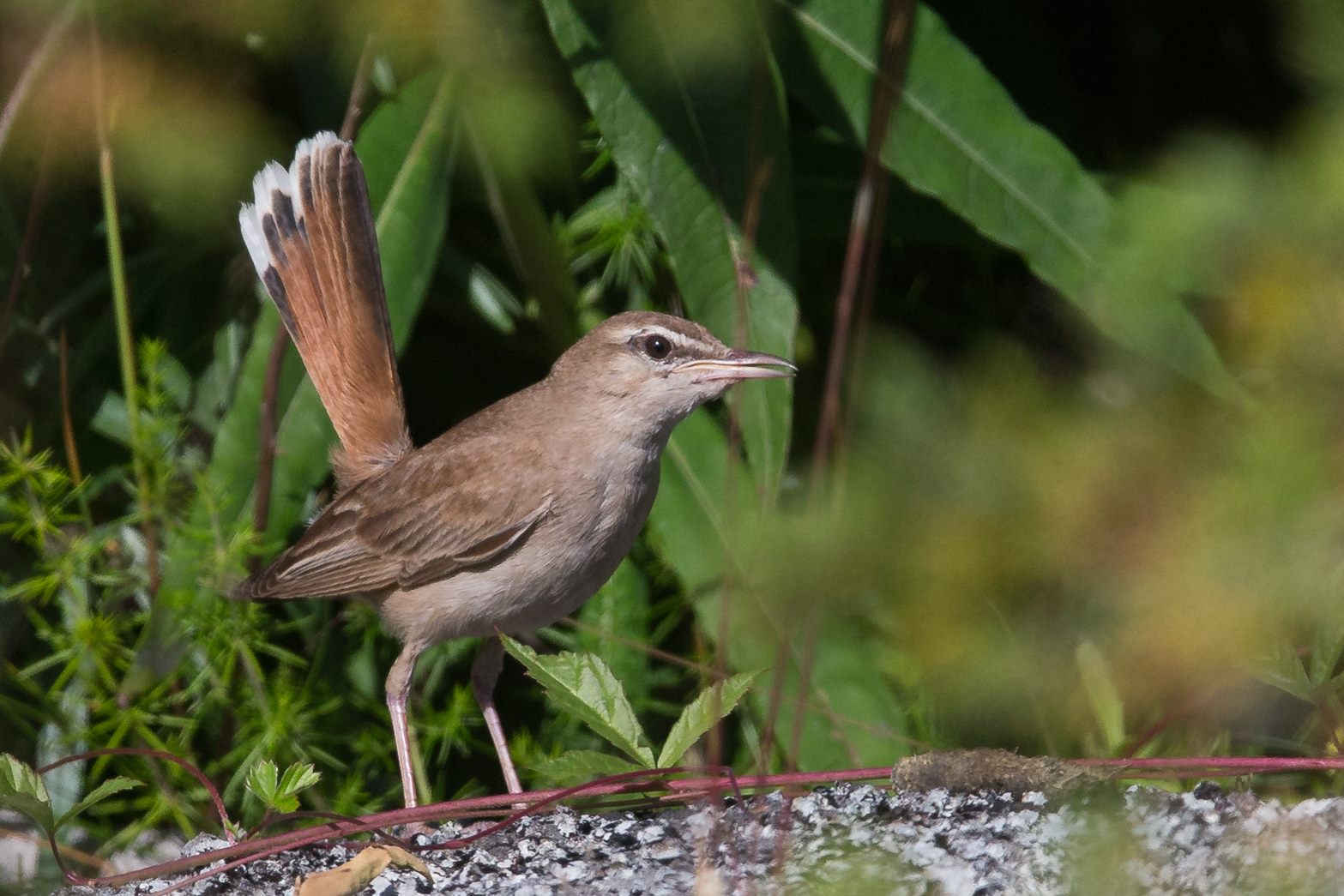 Portugal is rapidly developing a habit of producing European records of Cape Gull, and the nation's fifth was found in the Algarve at Quinta de Marim, near Olhão, on 6th. A White-throated Needletail at Kjerkevågen, Vest-Agder, Norway, on 30th unfortunately did not linger. A Shore Lark at the Llobregat Delta, Spain, on 30th was a shock mid-summer discovery and represents just the fourth national record. A Brown Booby was in A Coruña on 2nd and a Pied-billed Grebe lingered on Gran Canaria. 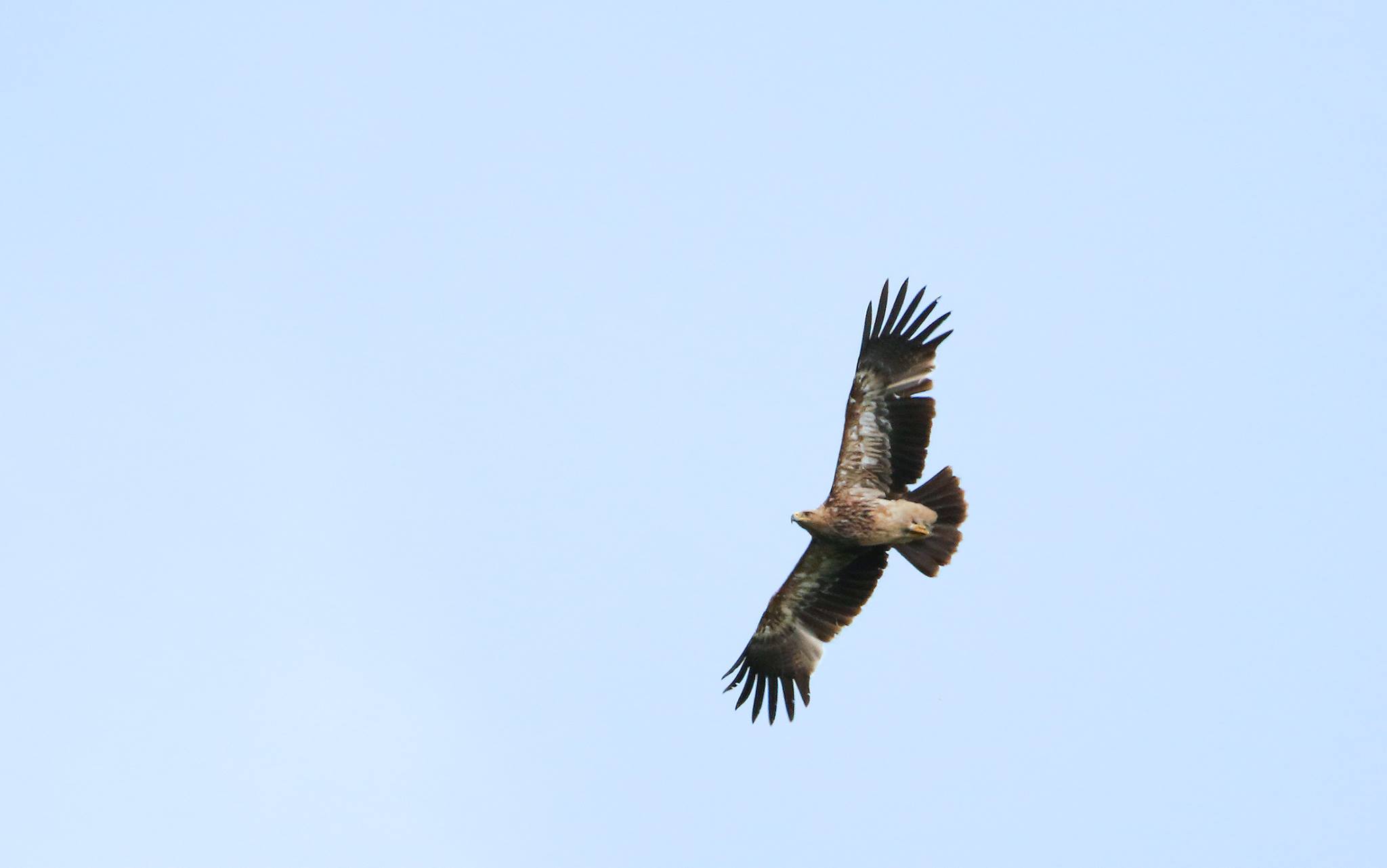