Following the Rarity Committee's recent announcement that records of Red-throated Pipit are once again to be assessed on a national level, 10 years after the species was dropped as an official rarity, it was timely that the first truly available mainland individual for far too long turned up in the scenic hills on the Derbyshire/Greater Manchester border on Sunday 3rd. Over its two-day residence on Ludworth Moor, the pipit spent time on both sides of the county border, in the process becoming the second for Greater Manchester and the third for Derbyshire. Another pipit which has just made a return to the same list by virtue of becoming decidedly infrequent in recent times is Tawny Pipit, and Fair Isle produced the first bird of the year on 4–5th. 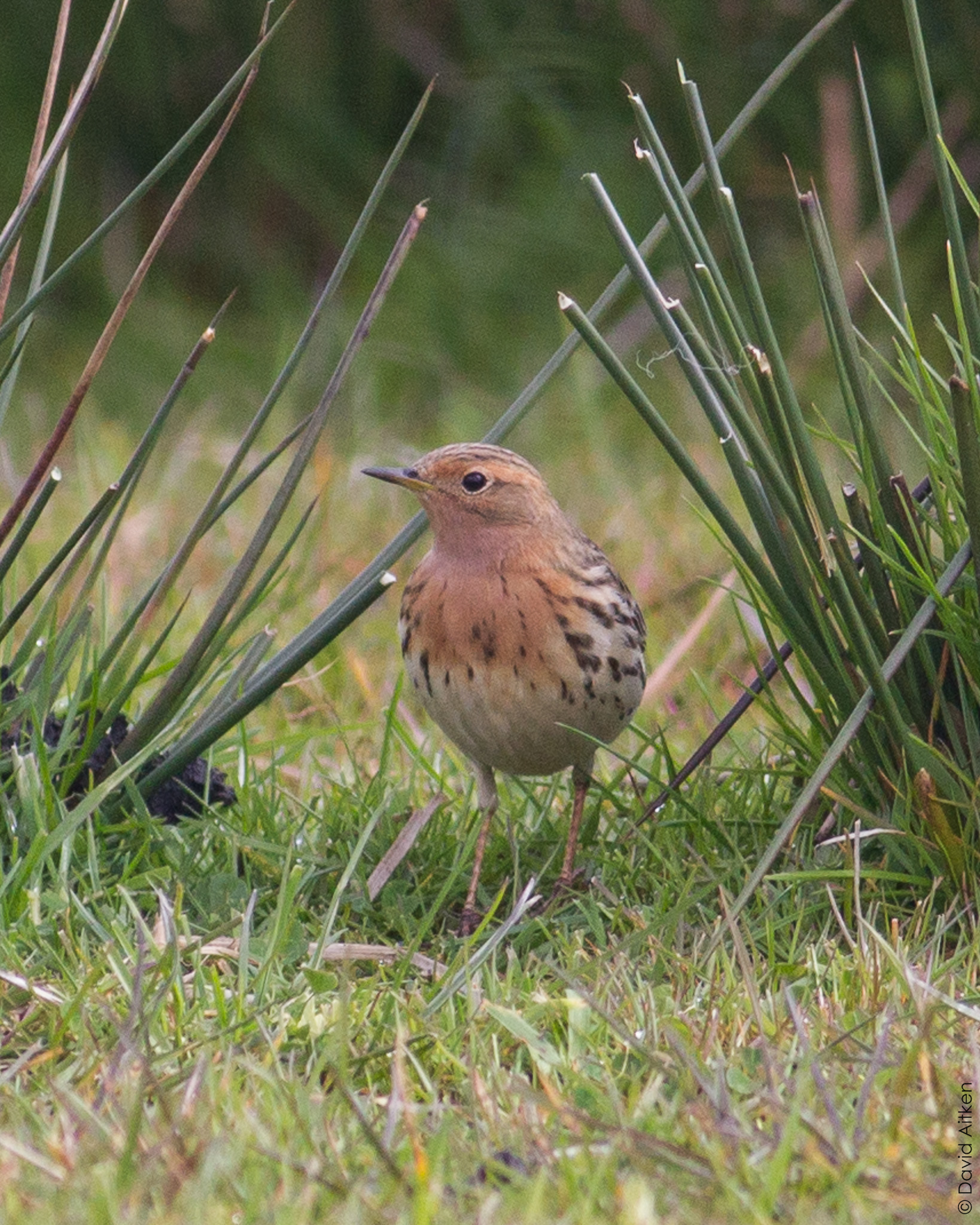 After the female Hudsonian Godwit decamped late on its second day last week, many were relieved to get a second bite of the cherry when it returned to Meare Heath, Somerset, from 29th to 3rd; it is anyone's guess where the bird spent the three unaccounted-for days but perhaps it will pitch up again for anyone yet to connect. Another welcome reappearance was that of the regular Pacific Diver in Mount's Bay, Cornwall. Once it vanished in mid-March, we were not expecting to report it again until towards the end of the year, so it was startling to hear that it was gracing the bay once more on 30th; it went on to use the area to 4th and for those twitching the Great Blue Heron it provided an extra treat before catching the Scillonian III from Penzance. The heron's firm island of choice this week was St Mary's, where it spent the entire week almost exclusively where it was first seen, at Lower Moors, offering intimate views as it fished and thankfully made itself very hard to miss. 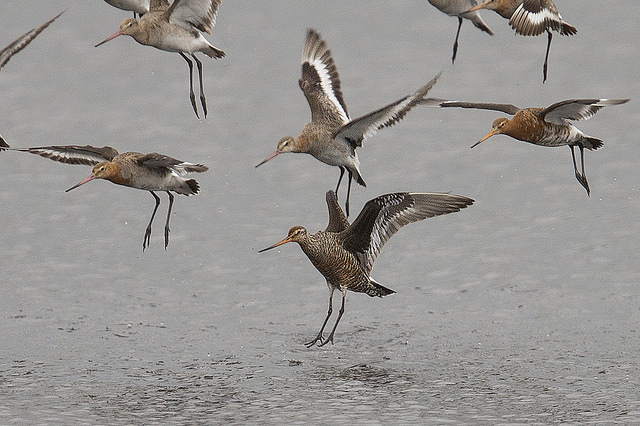 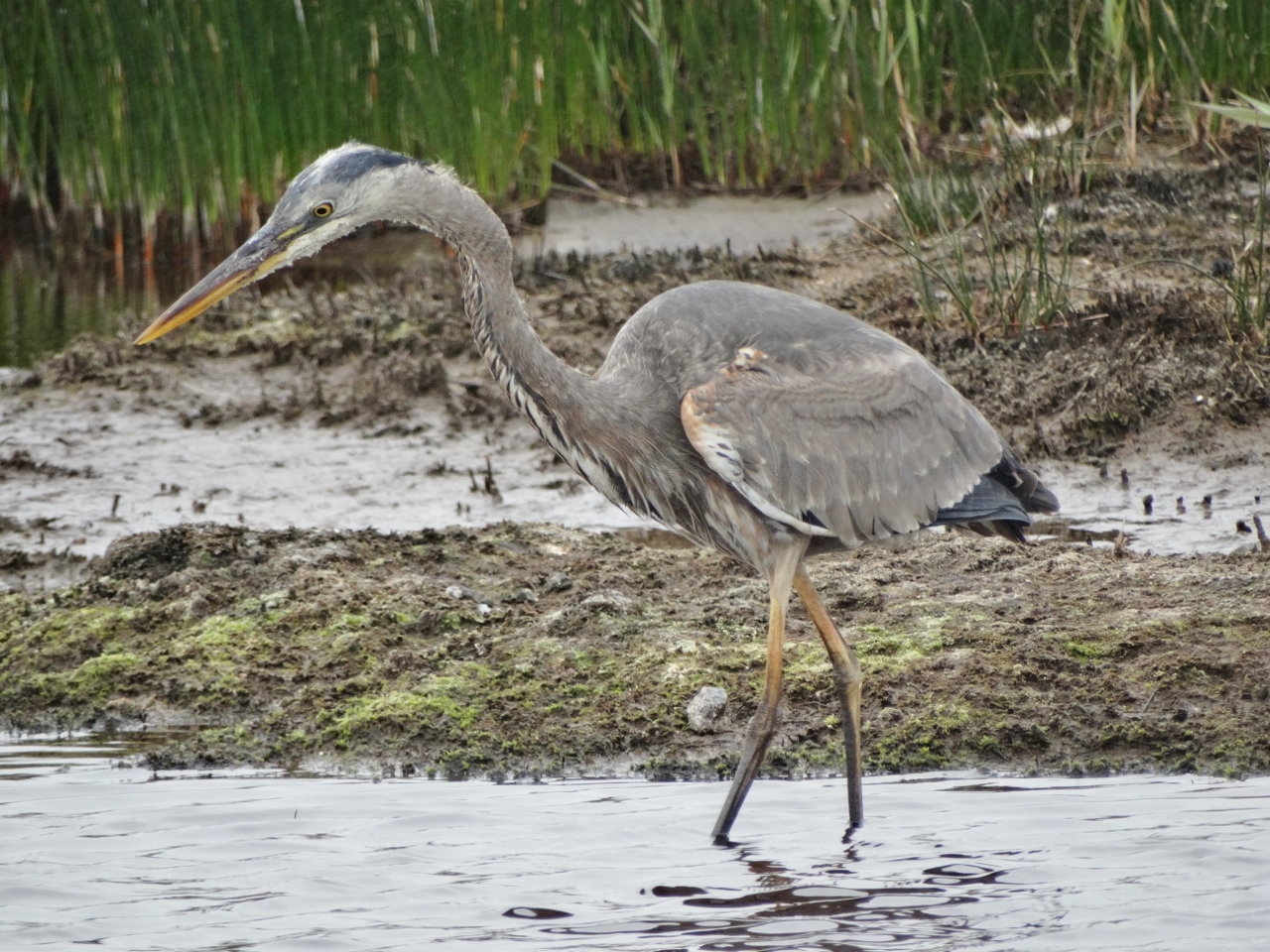 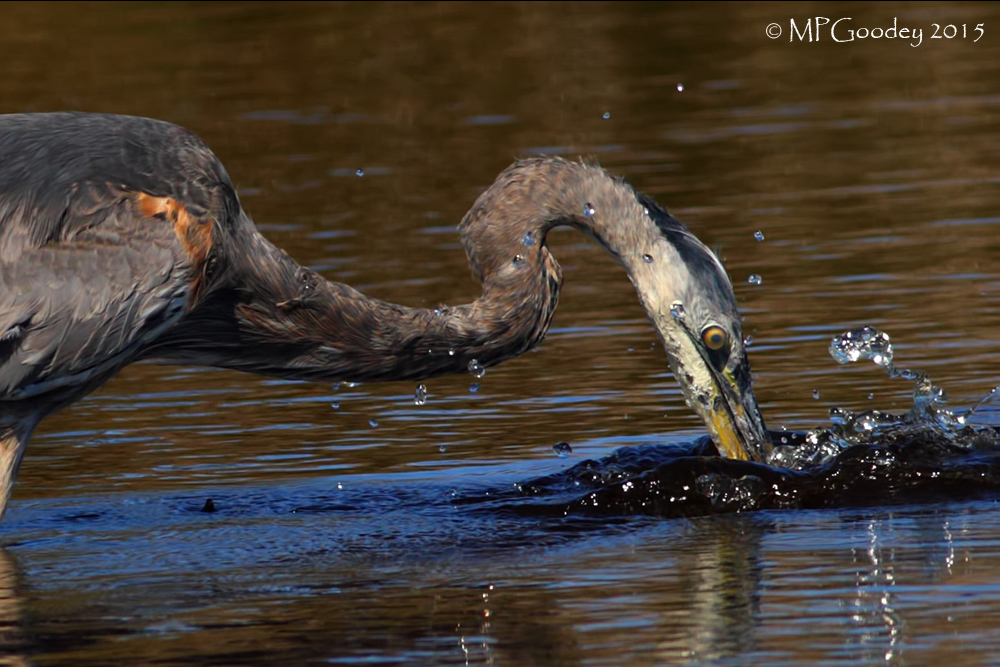 A Eurasian Scops Owl was picked up dead on St Kilda, Outer Hebrides, on 1st, a sorry end for such a marvellous bird, but it is tempting to speculate as to whether it could have been the same individual as that found on Great Saltee, Wexford, in the first half of April. Aberdeen's drake Harlequin Duck was still on the River Don on 5th, and the latest report of the female off Brora, Highland, came on 30th. In Lancashire, the smart Pied-billed Grebe continued to perform from the hides at Leighton Moss, where a Spotted Crake could sometimes be heard either early or late in the day.

A Western Bonelli's Warbler at Hengistbury Head, Dorset, on 5th represented a fine record but it proved too slippery for any number of people to catch up with it. In Cornwall, the adult Purple Heron showed up again at Drift Reservoir on 30th and Bryher, Scilly, bagged one on 3rd. The Isles of Scilly also held on to up to five Night Herons over the week, with three on St Mary's commuting regularly between Lower Moors and Portloo beach, and singles seen on St Agnes and Tresco. Warehorne, Kent, had its Cattle Egret reappear on 2nd and 4th. A White Stork flew west over Hackness, North Yorks, on 4th and long-staying Glossy Ibises were at Gonalston, Notts, and Clohernagh, Waterford.

Unfortunately, nothing further came of the male Red-footed Falcon reported over Meadow Lane Park, Oxford, on 30th but, elsewhere in the county, a Black Kite was photographed over Begbroke on 4th. An adult male Montagu's Harrier flew over Canewdon, Essex, on 4th and fantastic news of a pair at Blacktoft Sands, East Yorks, was received on 29th. Enjoying 24-hour protection, the birds were on site to at least 4th and seen to perform spectacular food-passes to admirers. A few Rough-legged Buzzards clung on this week, with lone birds in Cleveland, Shetland, Norfolk, Highland and Suffolk.

The third Kentish Plover of the year, and the first twitchable one, joined the high-tide wader roost at Steart Point, Somerset, on 2nd and stayed until the next day. Possibly the same White-rumped Sandpiper as was seen on Papa Westray last week appeared on North Ronaldsay, Orkney, on 1st and lingered to 3rd, while Pectoral Sandpipers were at Rainham Marshes, London; Marshside, Lancashire; Buckenham Marshes, Norfolk; and Bowers Marsh, Essex. A Temminck's Stint at Saltholme, Cleveland, was the first of the year on 5th. Among a modestly boosted skua passage this week was a Long-tailed Skua through Portland, Dorset, on 5th and a scattering of Pomarine Skuas, mainly off the south coast. 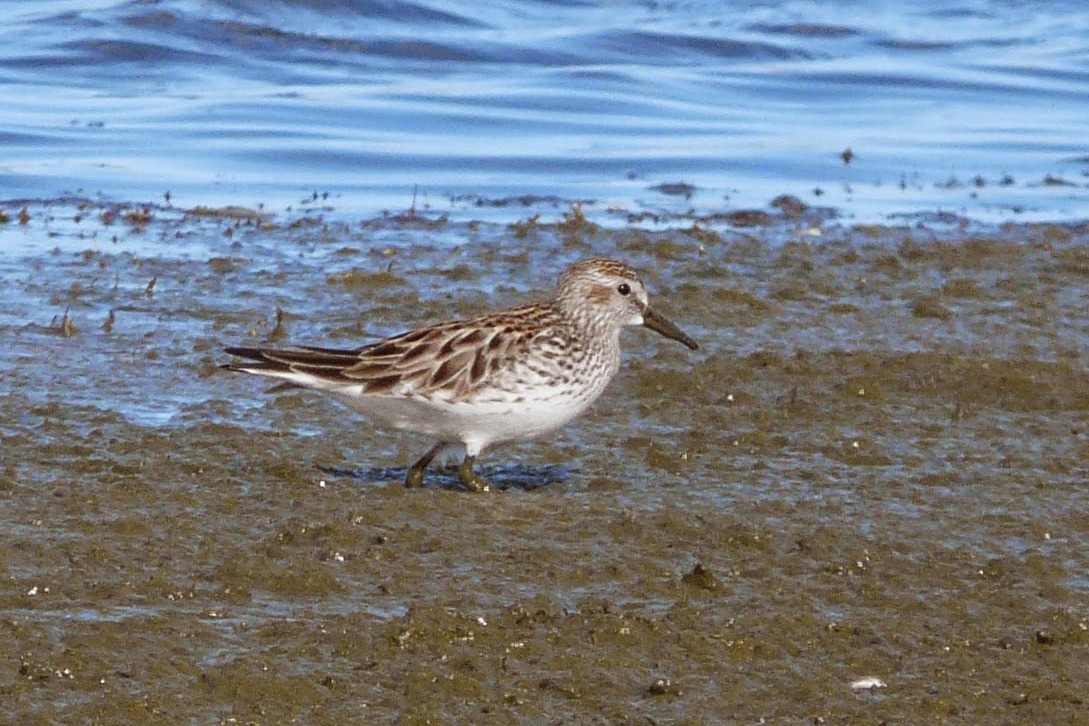 With many birds now well advanced in their moult, numbers of White-billed Divers began to dwindle as indicated by the low peak count of three off Portsoy, Aberdeenshire, on 1st. Other individuals were logged at Esha Ness and Quendale, Shetland, as well as South Ronaldsay, Orkney. A familiar face, or rather nasal saddle, resurfaced this week when the drake Lesser Scaup, originally caught and marked in December 2013 at São Jacinto, Portugal (and seen in Powys between October 2014 and February this year), was sighted at Wintersett Reservoir, West Yorks, on 4-5th. Other drakes loitered at Martnaham Loch, Ayrshire, and Cardiff Bay, Glamorgan, on 30th and 3rd respectively. Further wildfowl reports included the drake King Eider on the Ythan Estuary, Aberdeenshire, throughout, American Wigeon in Northumberland and Co Wexford, Surf Scoter in Lothian, Black Brant in Lincolnshire and Green-winged Teal in Somerset, Lincolnshire, Cambridgeshire and the Outer Hebrides. 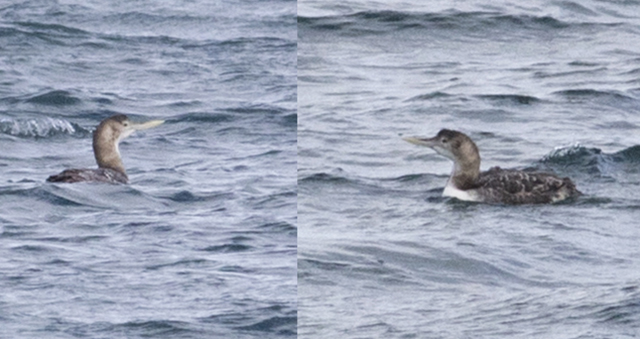 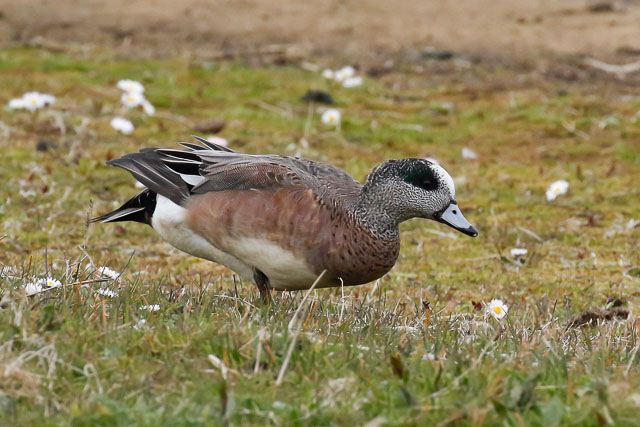 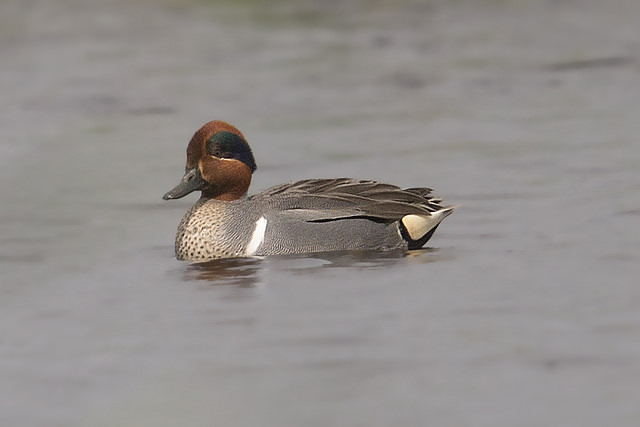 The second-summer Laughing Gull remained practically cemented to the pier at Ballycotton, where it was reported on 30th. Careful picking through the gulls at Weston Shore, Hants, paid off with the identification of a smart first-summer Bonaparte's Gull on 3rd, and the bird ended up being fairly reliable at Riverside Park, Southampton, to 5th. On acceptance, the Bonaparte's will be the first record for Hampshire since a first-summer at Farlington Marshes as long ago as 2003. The American Herring Gull continued to be reported from St Just, Cornwall, to 3rd but still seems have attracted curiously little attention considering how regularly it has been appearing. The long-staying first-winter Ring-billed Gull on the Hayle Estuary, Cornwall, was in place to 5th, another was at Cross Lough, Mayo, on 3rd and a Kumlien's Gull was at Loch Stiapavat, Outer Hebrides, on 4th. 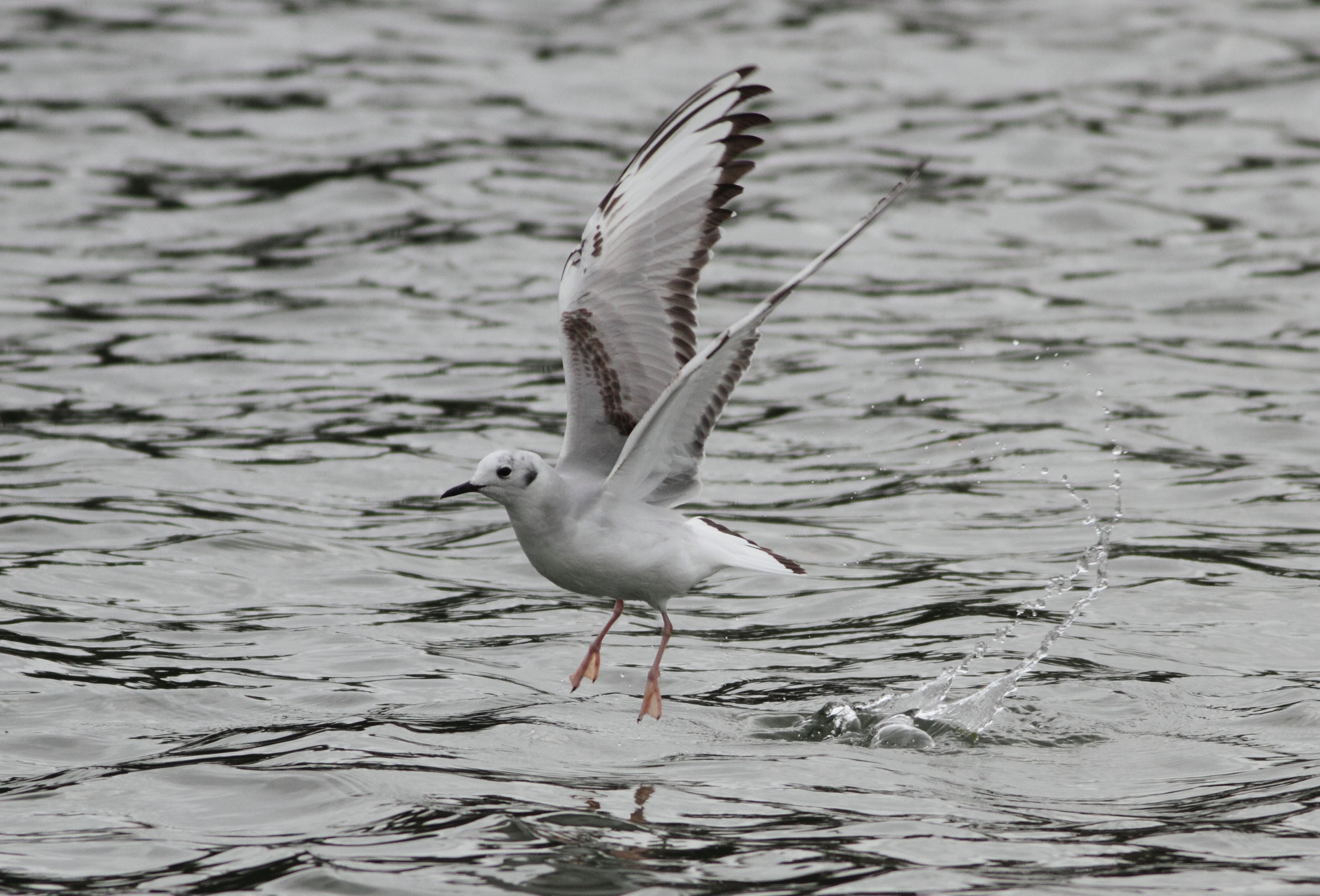 In a week with an ample supply of Red-rumped Swallows, we reported seven individuals, including two on the Channel Islands. The others were at East Park, Hull, on 4-5th, Gunners Park, Essex, on 1st and Thornwick Bay, East Yorks, on 29th. The 2nd saw one arrive at West Rise Marsh, Eastbourne, East Sussex, which was joined briefly by a second bird on 4th. Wrynecks were in East Yorkshire, County Durham, Fife, Shetland and on the Isles of Scilly while Hoopoes lingered in Counties Mayo and Wicklow and new arrivals adorned the Isle of Wight, Wiltshire, Gloucestershire and County Donegal. There was an unconfirmed report of an Alpine Swift north over Hutton Buscel, North Yorks. 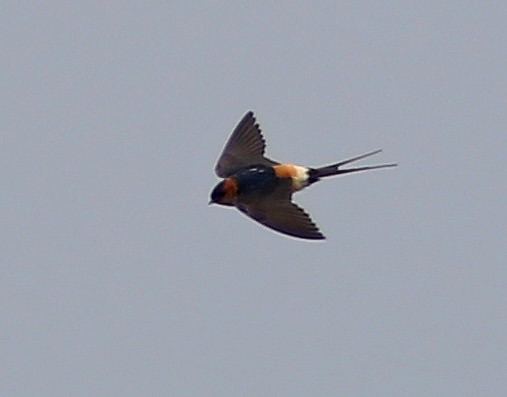 Thin on the ground still, Golden Orioles were at Kenidjack Valley, Cornwall, and on St Agnes, Scilly, on 4th and 5th respectively and, again in Cornwall, the Woodchat Shrike lingered at Porthgwarra to 30th and others were at Kenidjack Valley on 4th and Ballycotton, Cork, on 5th. A Grey-headed Wagtail was at Filey, North Yorks, on 29-30th, and Cley, Norfolk, also laid claim to a male on 3rd. The remains of an unfortunate adult Rose-coloured Starling were found in Ryton, Durham, on 3rd.

A White-crowned Black Wheatear at Palavas-les-Flots, Languedoc-Roussillon, was a brilliant find and potentially the first record for France on 5th, when the magnificent adult Black-browed Albatross returned to Heligoland, Germany, and a Lammergeier was at Sallandse Heuvelrug, Overijssel, Netherlands. A first for Turkey came in the form of a Bateleur on 2nd and, perhaps surprisingly, a Red-necked Grebe off Eilat's North Beach was only the fifth record for Israel.

The male Moussier's Redstart remained at the Ebro Delta, Catalonia, Spain, to 2nd. On 1st, the Kelp Gull was still in Portugal at Costa da Caparica, Lisbon, and a Black Scoter flew past Ristisaari, Finland. A Streaked Shearwater was big news off Safaga, Egypt, on 30th, while Estonia enjoyed its second Steppe Eagle. 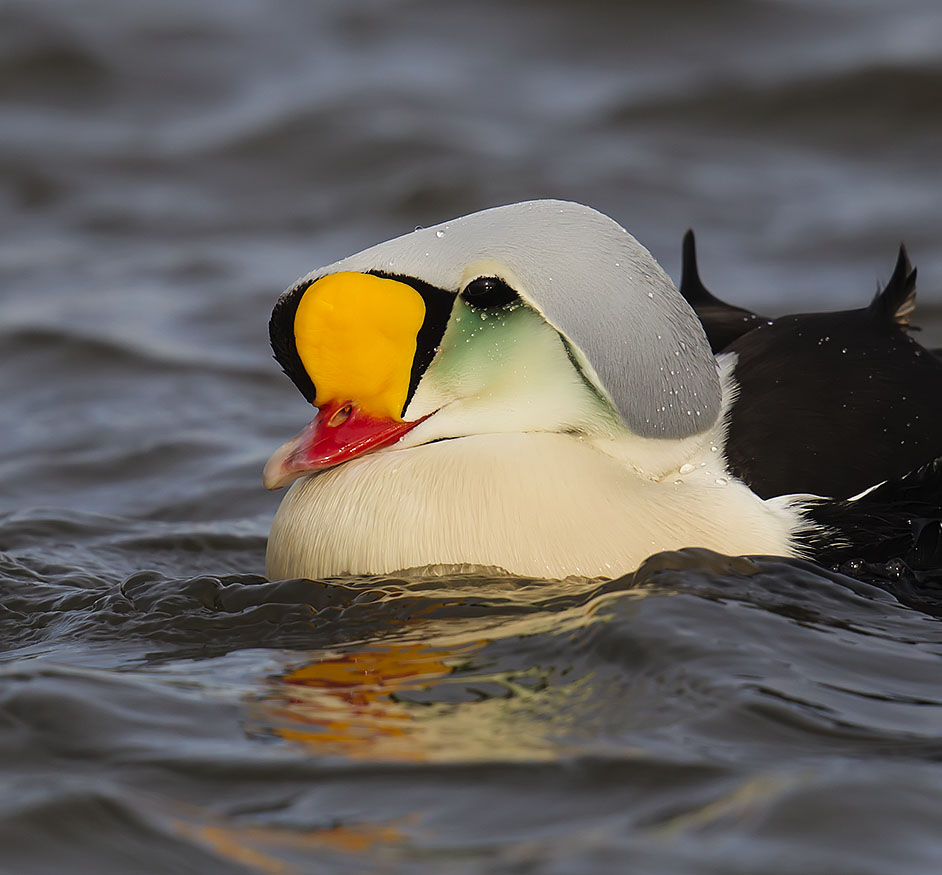 Perfect lighting and exposure mean that the colours are shown at their very best, with no loss of detail in the whites and pinks; the water around the eye and on the head further add to the image, as does the low angle from which John has taken this image.

The photographer has kept his distance, though, as a 500 mm lens and 1.4× converter have been used — indeed, you can tell that this smart Arctic duck is totally relaxed and at ease, making this winning photo even better. Congratulations to John on his captivating Photo of the Week. 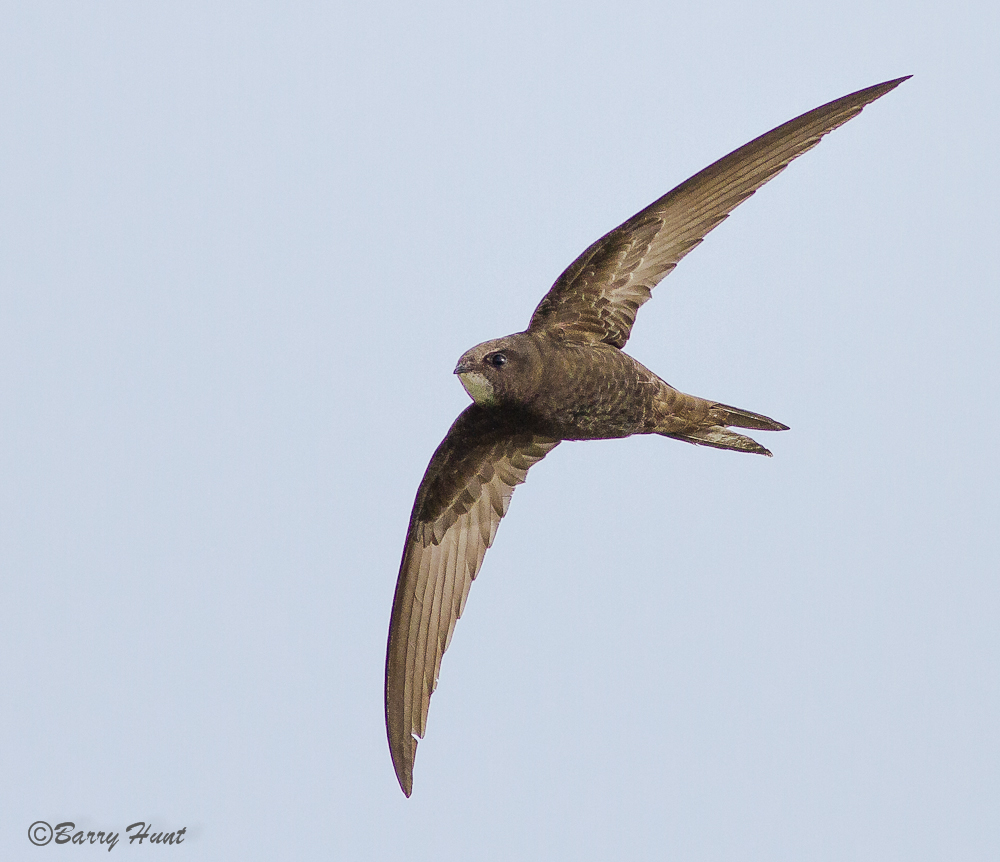 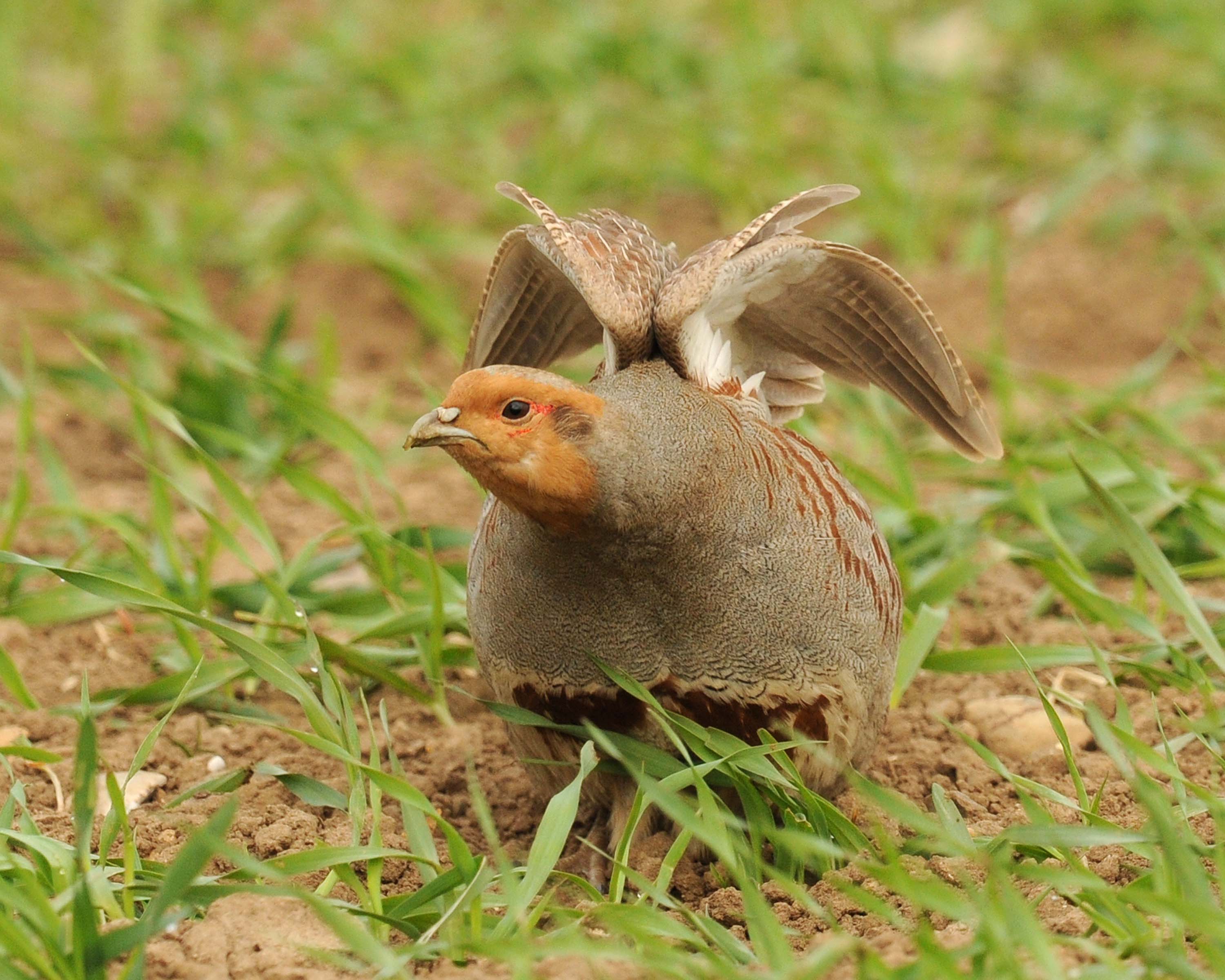 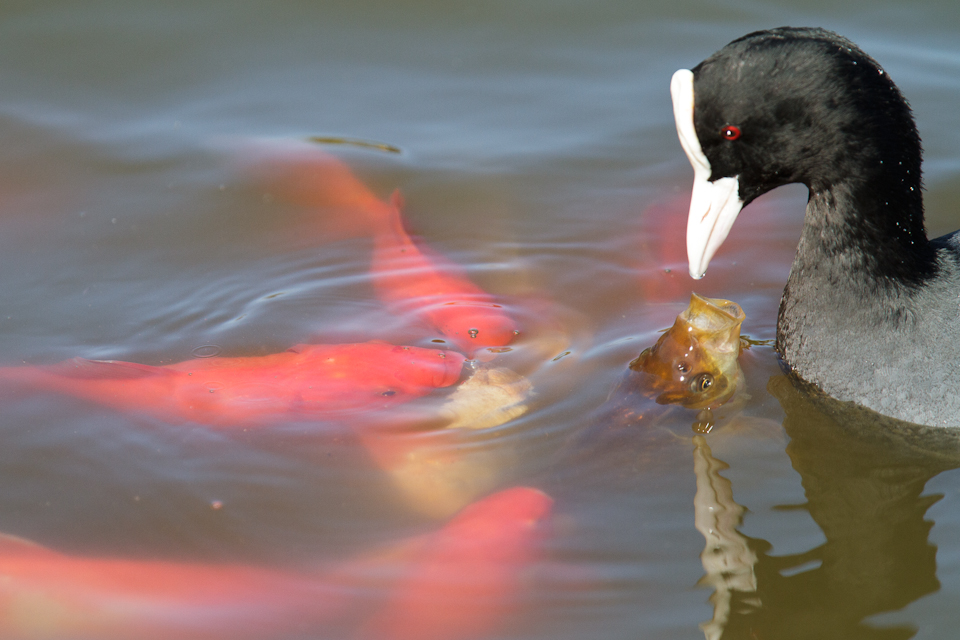 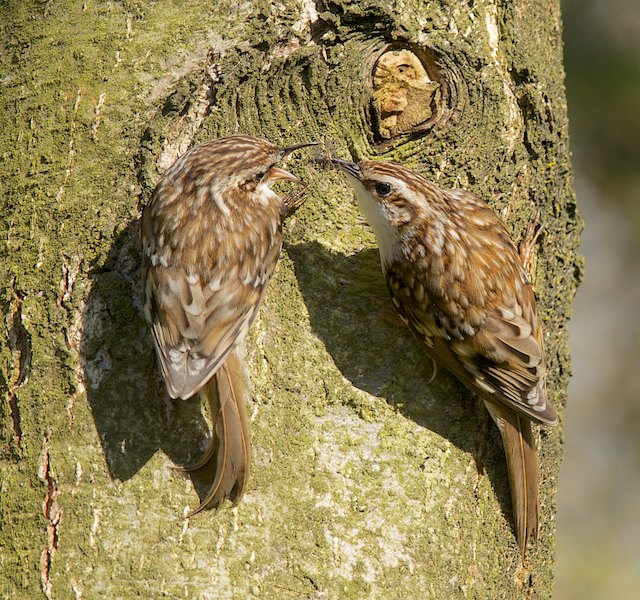 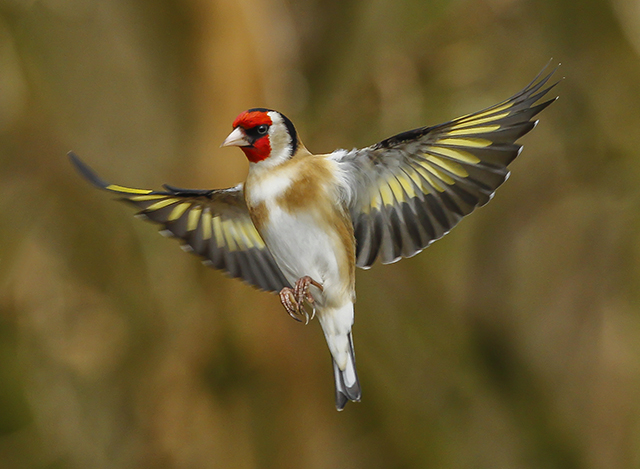 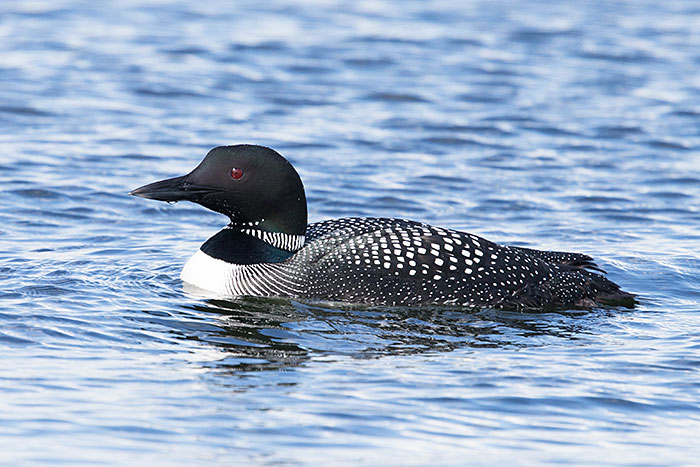 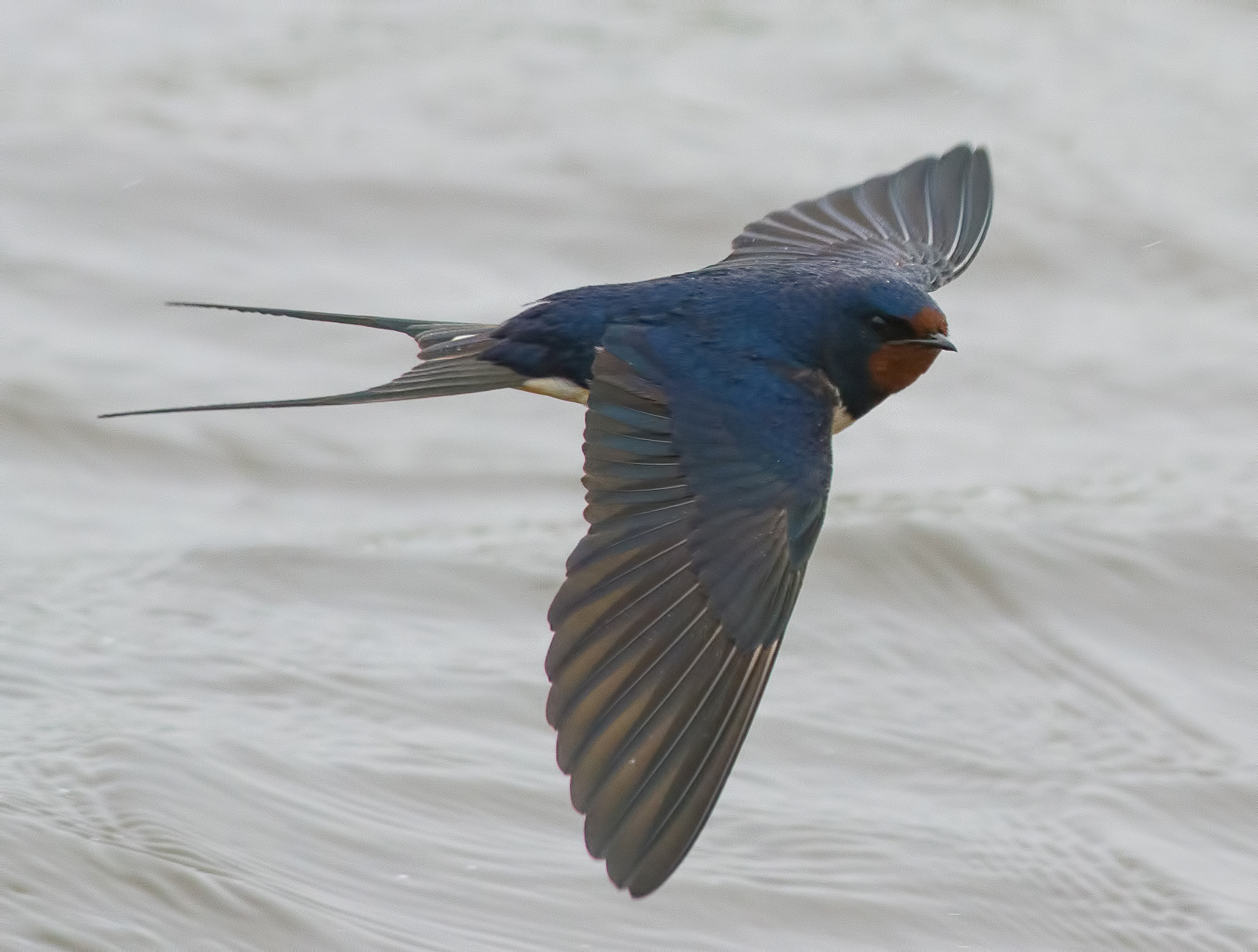 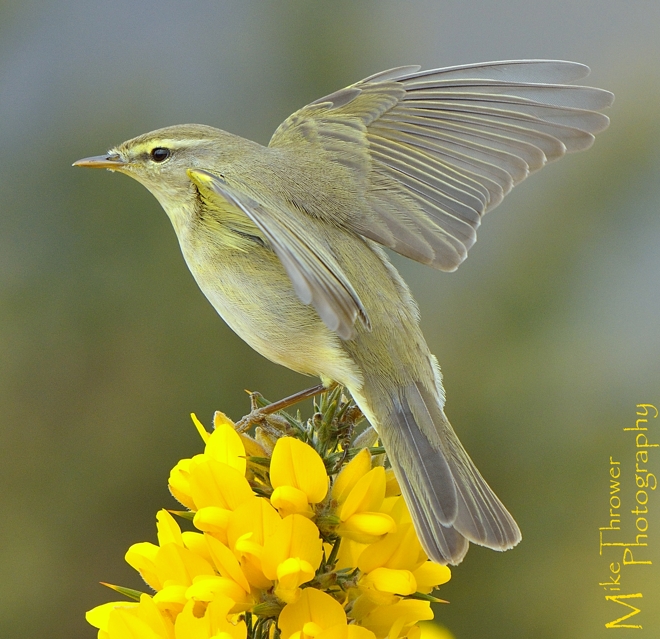 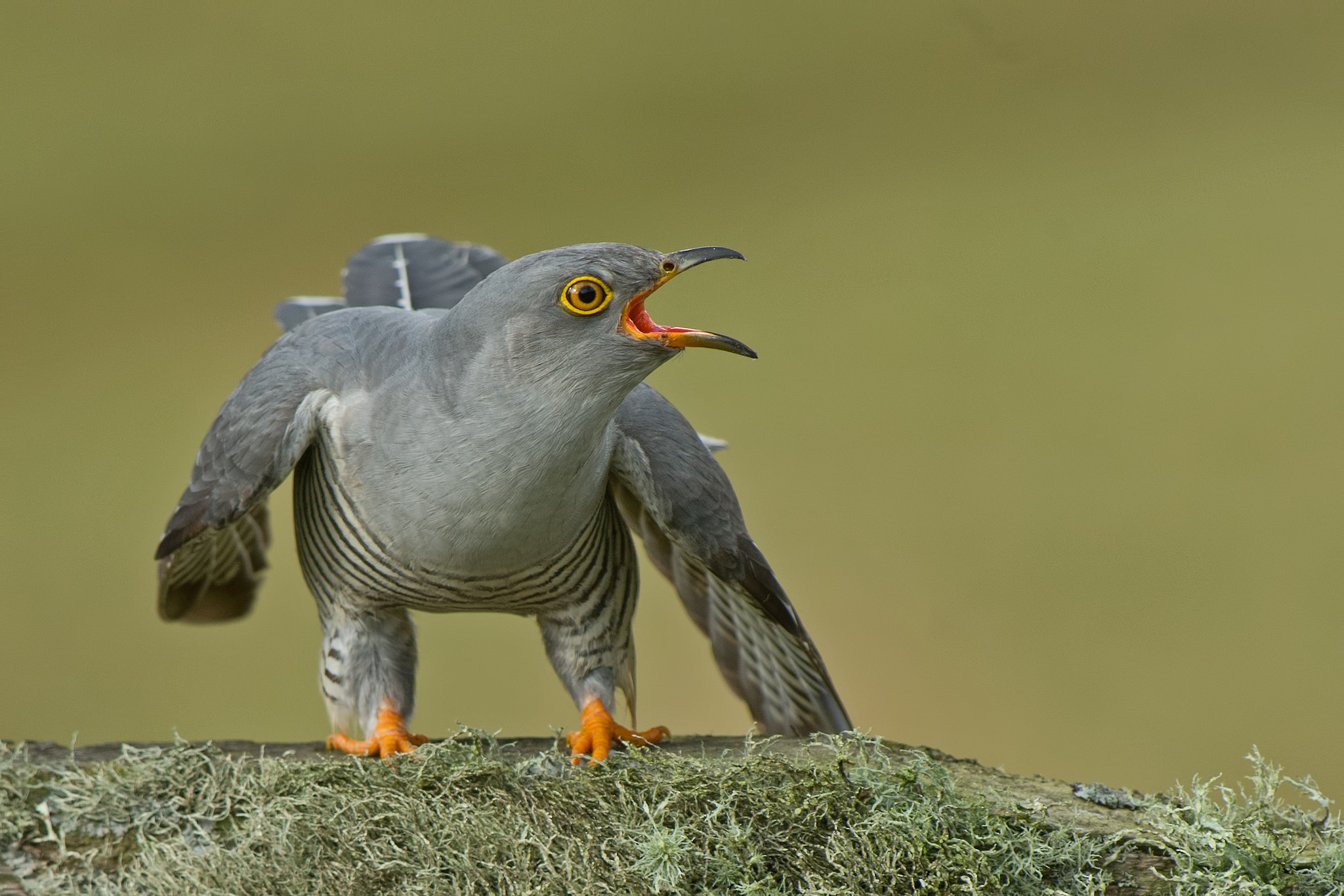 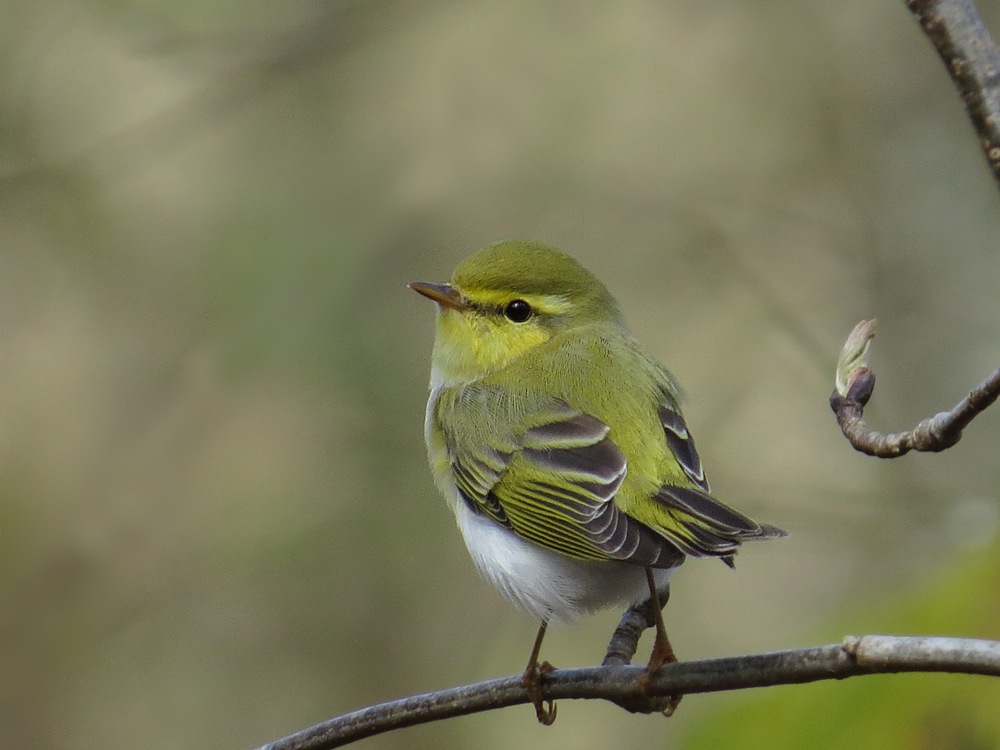 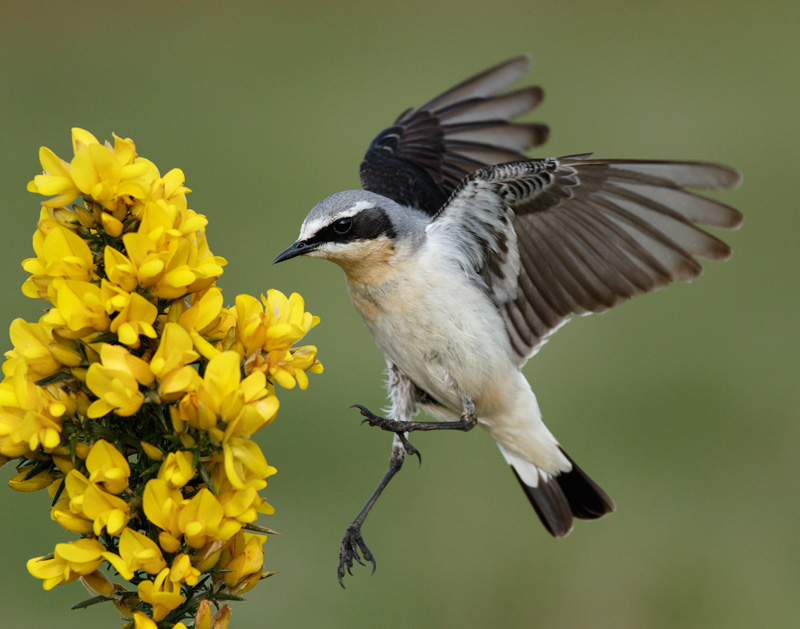 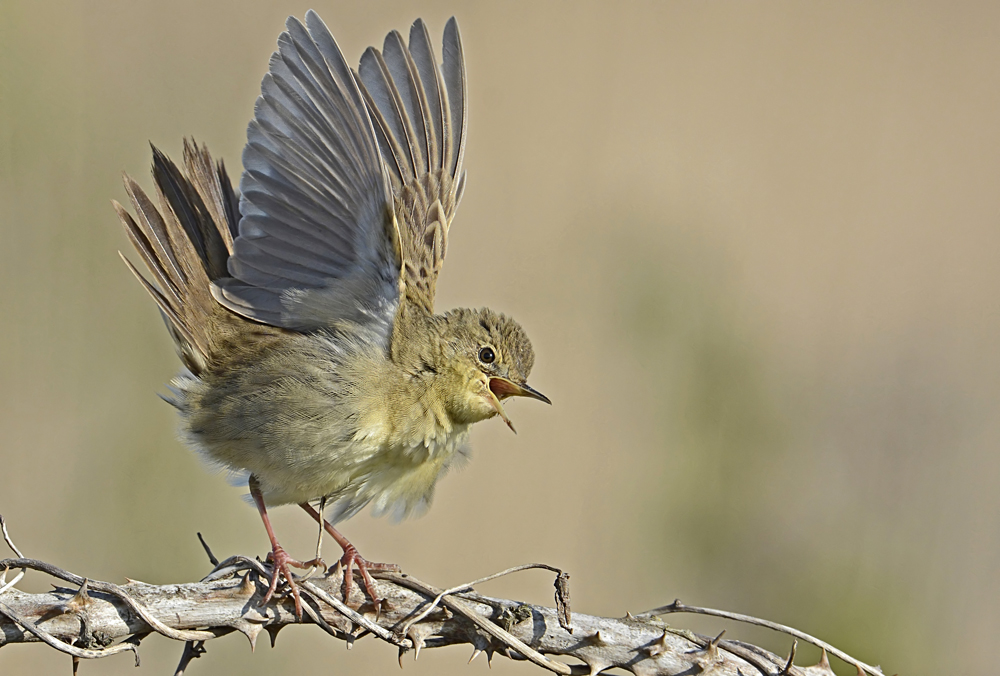