New month, same old weather: unsettled conditions continued to predominate across Britain and Ireland as July arrived, although there were again one or two exciting new arrivals that ensured at least some interest. Just as well, as the wind and rain did not make for enthralling insect-watching...

In Cheshire, the juvenile Little Swift on the Wirral continued to dance about the skies above New Brighton until it was last seen during the afternoon of 29th. It had become ever more mobile and elusive as its stay wore on, although it still managed to become the longest-staying Apus affinis in British history: the previous record was held by the four-day juvenile in Nottinghamshire in 2001. A further report of a "possible" at Dungeness (Kent) during the morning of 3rd went unsubstantiated. 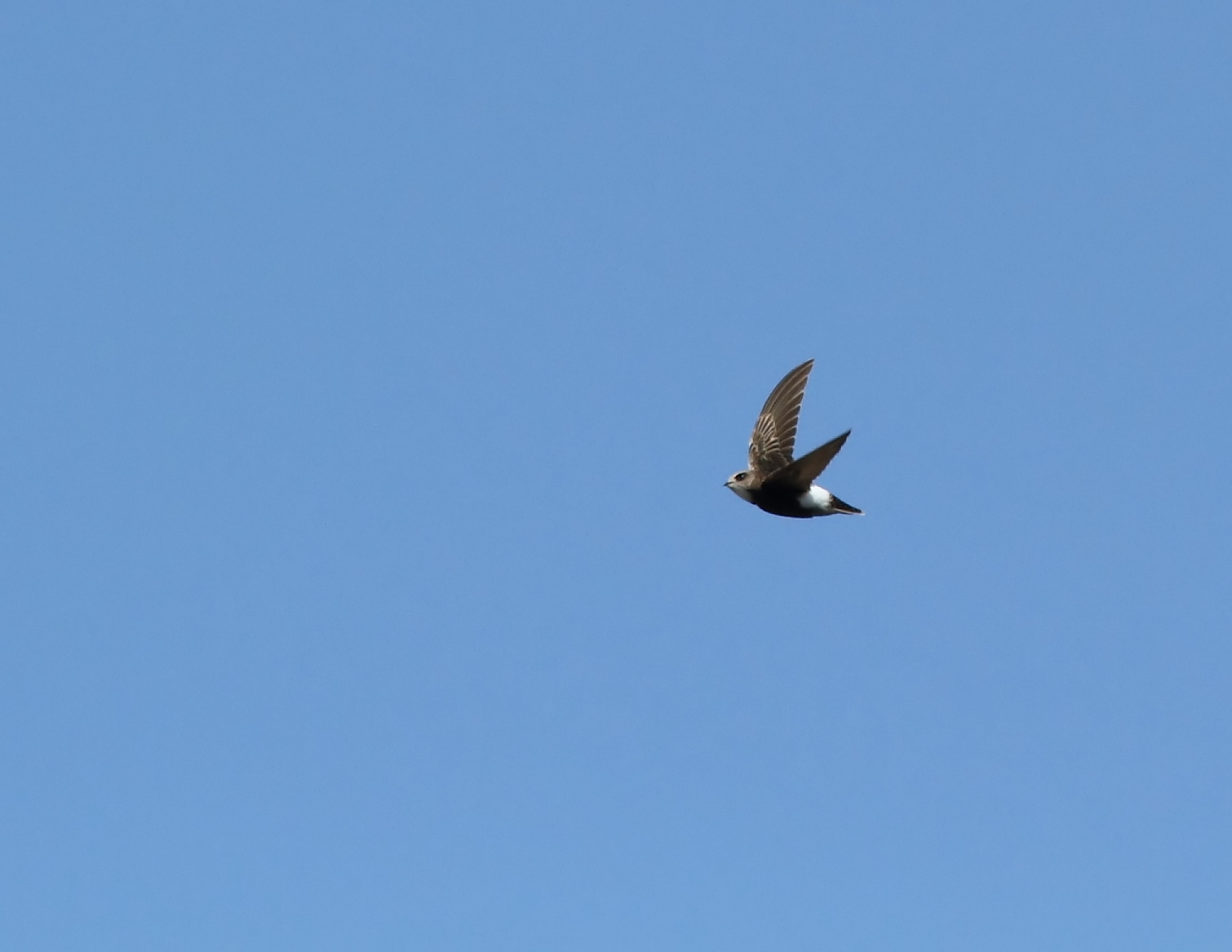 One wonders how long it might be before the more intrepid among us begin to think about chartering fishing boats into the English Channel to look for the recent Black-browed Albatross, which was again seen in Alderney waters on 28th. Although organized trips for the Sula Sgeir bird connected in 2006 and 2007, many still managed to dip out and thus a twitchable bird in a more accessible location would no doubt please plenty of birders.

Lincolnshire's first Black-eared Wheatear was also recorded, but only in retrospect: a first-summer female at Frampton Marsh had been seen for just 20 minutes on 12th June, but was only correctly identified from photographs this week. County birders may rest easy though as, in contrast to several high-profile misidentifications in recent years, it was not seen again after the initial sighting.

The Aberdeenshire coastline continued to entertain an enviable selection of seaduck throughout, with the first-summer drake Black Scoter again seen off Blackdog on 30th and 1st in addition to the King Eider and up to six Surf Scoters between there and Murcar golf course on several dates. The female King Eider that drifted past Gibraltar Point (Lincs) on 1st is no doubt the bird seen in The Wash in late April, while a further drake Surf Scoter could be found with Eiders off Monifieth (Angus & Dundee) from 1st.

As if it needed further justification as one of (if not the) most dynamic and diverse birdwatching sites across Britain and Ireland, Tacumshin was again highly productive in a week where many other wetland sites lay dormant. An eclipse drake Blue-winged Teal put in a two-day stay from 30th, while an Alpine Swift showed well for much of 28th and the Savi's Warbler continued to sing until 30th. This in addition to up to two Glossy Ibises, a Montagu's Harrier, 30+ Little Gulls and around 15 Red-veined Darter dragonflies illustrated that, even at the quietest times of year, there is plenty to see at this delightful location. 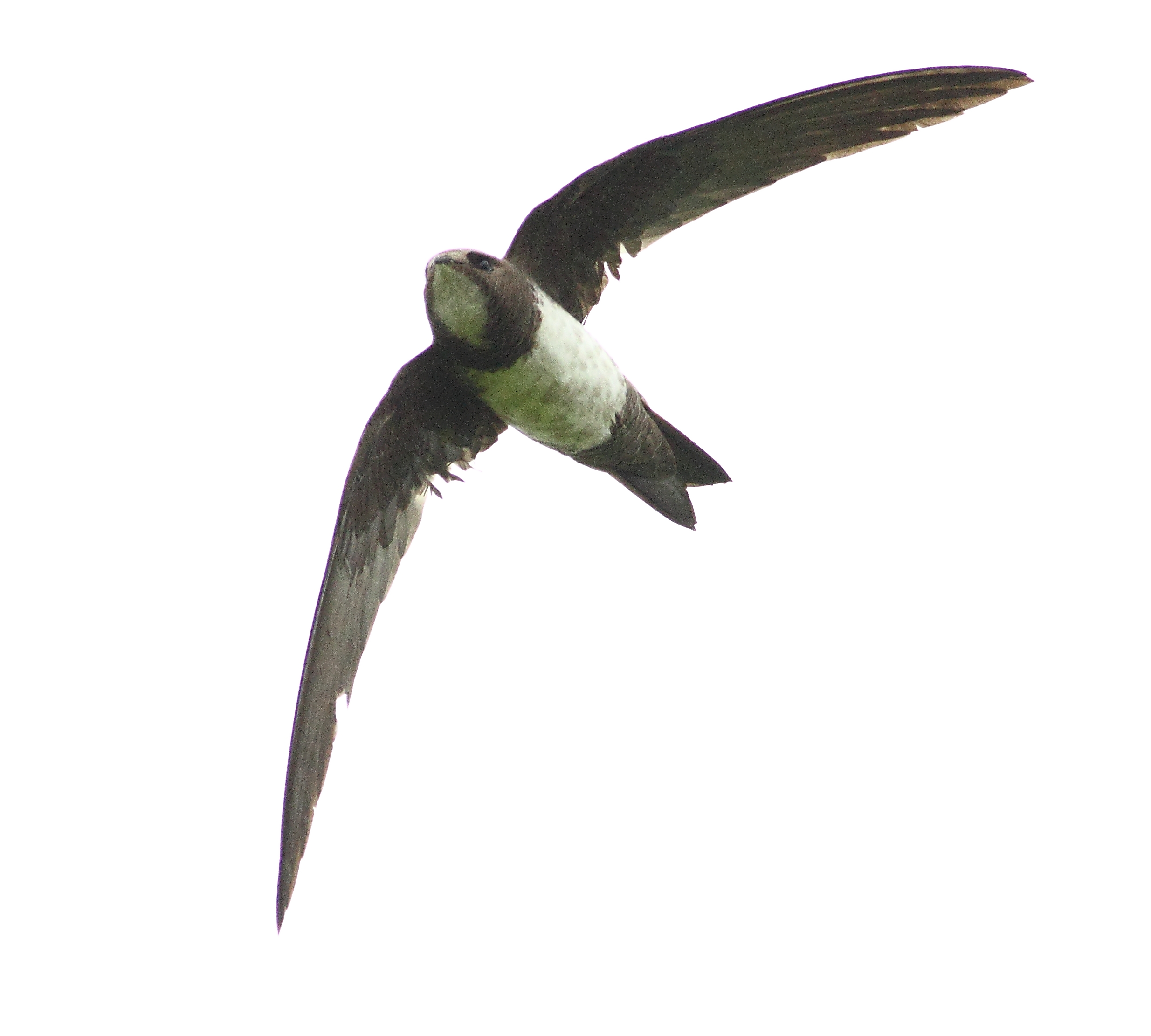 The highlight of the seabird week was the arrival of an extremely showy first-summer Sabine's Gull to Startop's End Reservoir, on the Buckinghamshire/Hertfordshire border. First seen on 1st, it was only identified after dark but, fortunately for local birders, lingered until 4th at least. Another Sabine's, an adult, was reported past Copt Point (Kent) on 30th. Otherwise, it was quiet: two Wilson's Petrels seen in Scilly waters on 2nd headlined a relatively meagre selection of species, although the first Cory's and Great Shearwaters of 2012 were noted in the southwest. Balearic Shearwater numbers remained low, although the unusual midsummer build-up of Pomarine Skuas continued: 40 were logged past Cape Clear (Cork) on 3rd, with smaller numbers seen elsewhere in the south and west. 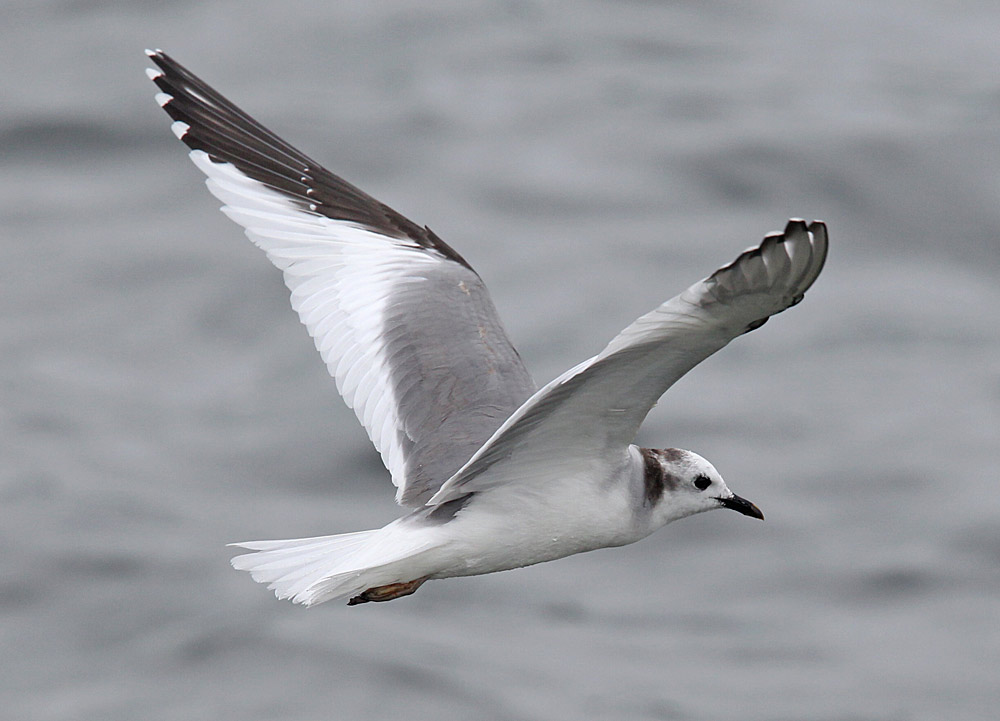 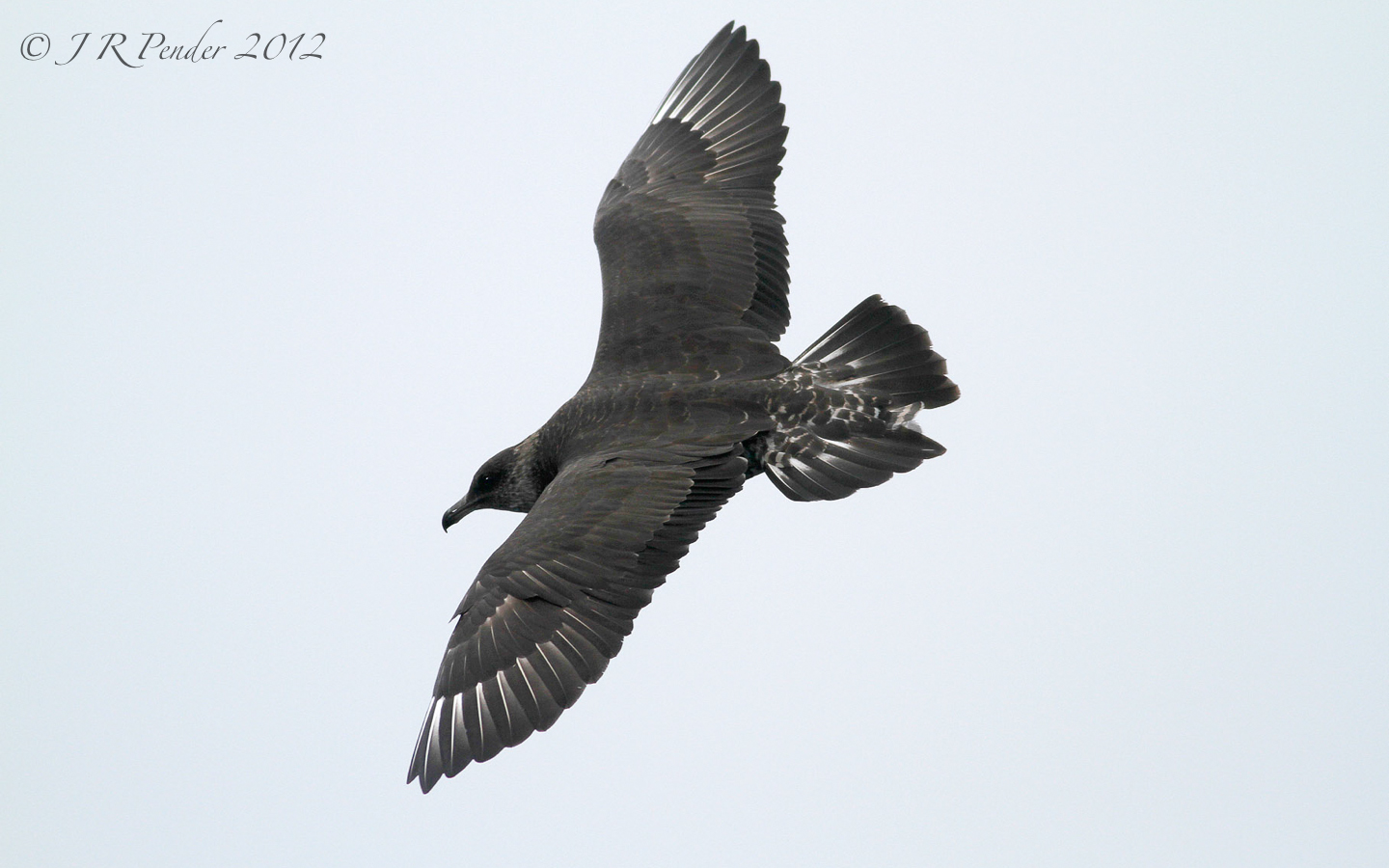 A breeding-plumaged Squacco Heron arrived at Welney (Norfolk) on 30th, lingering until the following day — could it be the recent East Sussex individual relocating northwards? A Purple Heron spent three days in the Grove Ferry (Kent) area from 29th, while Night Heron records concerned an adult over Hampton (London) on 1st and a first-summer reported belatedly from Sand Voe (Shetland) on 28th. A Great White Egret was again seen at Burton Mere (Cheshire) on 4th, while single Glossy Ibises were again at Pagham Harbour (W Sussex) on 30th and Marloes Mere (Pembrokeshire) on 1st in addition to a new arrival at Orford Ness (Suffolk). 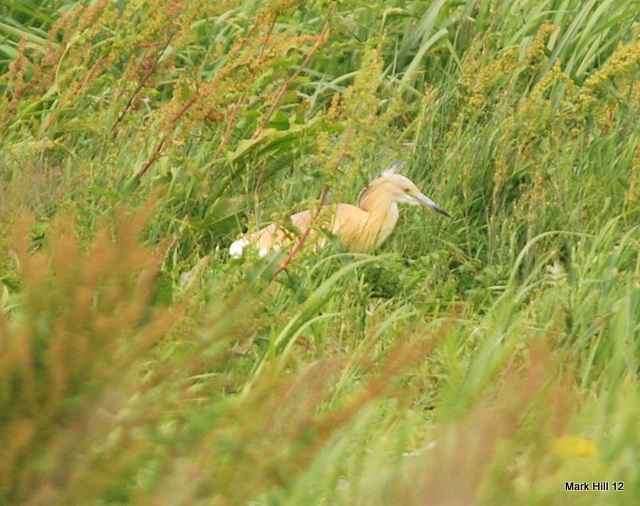 The three White Storks continued to tour West Sussex in the first half of the week, being seen over Angmering and Pulborough on 28th, and Pulborough then Pagham Harbour on 30th. The 'famous four' were also seen again, this time at Bamford (Derbys) on 29th — where will they pitch up next? A singleton flying over Moreton-in-Marsh (Glos) on 1st is probably that seen on rooftops in Timsbury (Somerset) during the morning of 4th.

The Inishkea Islands (Mayo) continued their productive 'spring' with a Buff-breasted Sandpiper on 2nd, while Pectoral Sandpipers were on Tiree (Argyll) on 29th and again at Loch of Funzie, Fetlar (Shetland) the following day. The long-staying female Red-necked Phalarope was still at Coombe Hill Meadows (Glos) throughout, with further birds at Backworth Pond (Northumberland) and Minsmere (Suffolk) to 2nd.

A White-winged Black Tern at Shapwick Heath (Somerset) on 28th was presumably the Cotswold Water Park bird relocating, while a Whiskered Tern was reported at Brandon Marsh (Warks) on 3rd. Either of the Gull-billed Terns at Lodmoor (Dorset) and Ballyneety (Waterford) on 29th could be last week's Welsh bird relocating; the latter individual was also a county first. The Ring-billed Gull was again seen at Groomsport (Down) on 1st, while a scattering of lingering white-winged gulls included a Glaucous in North Lincolnshire and an Iceland in Hampshire.

With a mild southerly airflow wafting up towards Britain, a small arrival of Alpine Swifts was perhaps no great surprise. In addition to the aforementioned one-dayer at Tacumshin, a lingering bird along the cliffs at Bempton (E Yorks) from 29th proved popular as it showed at point-blank range, while others flew over Blakeney Point and Walsey Hills (Norfolk) on 30th and at Spurn (E Yorks) the following day. 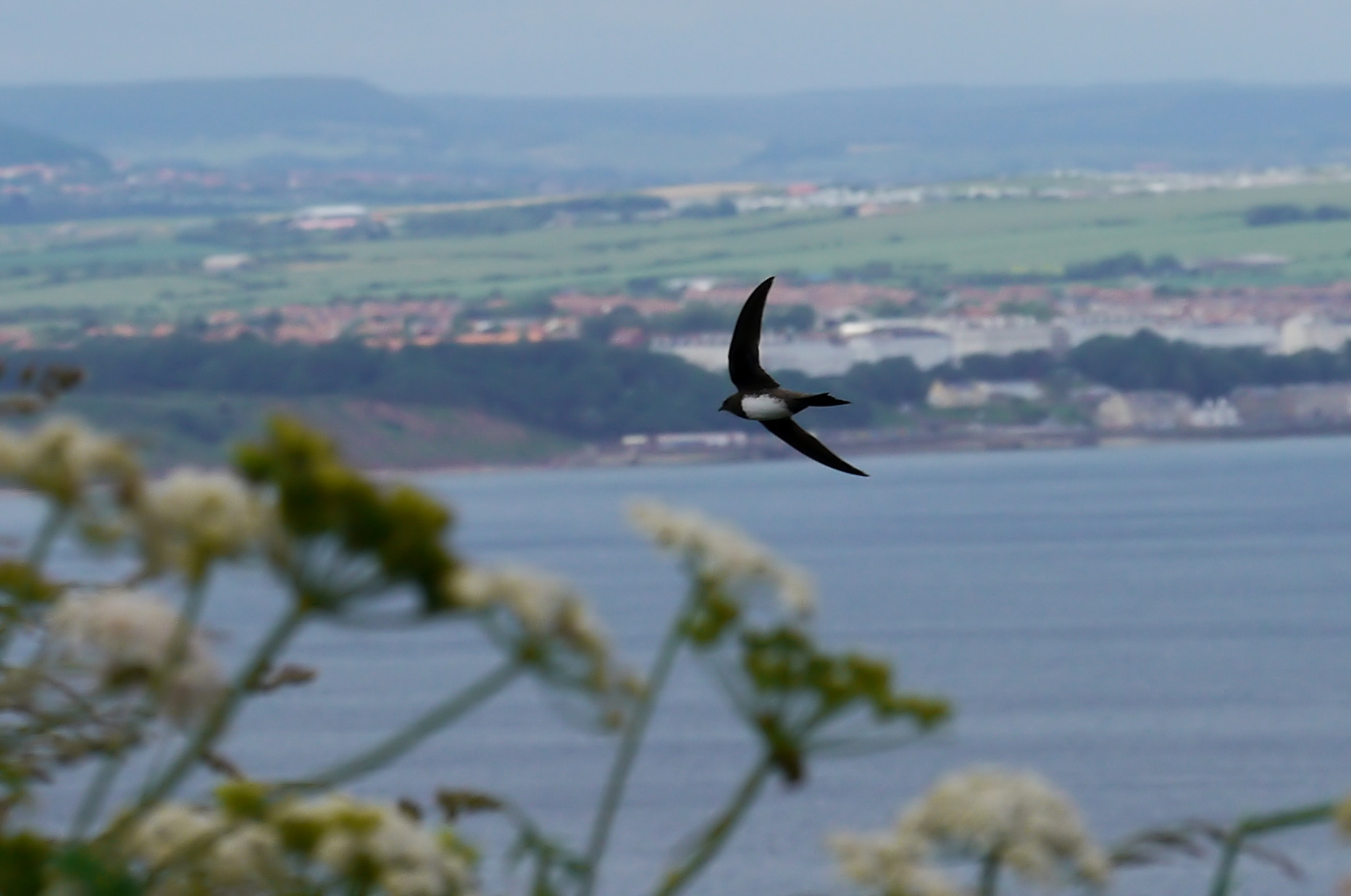 The Northern Isles claimed the lion's share of a small arrival of rare and scarce warblers this week. Naturally, Fair Isle was top of the bill: in addition to the long-staying River Warbler, a Paddyfield Warbler arrived for a five-day stay on 30th and there were up to two Marsh Warblers. Further Marsh Warblers were at Baltasound, Unst and on North Ronaldsay (Orkney), with the latter also playing host to a Bonelli's Warbler — confirmed as Western on call — trapped and ringed there on 1st. As if that wasn't enough, a Great Reed Warbler was seen at Boddam (Shetland) on 28th and an Icterine Warbler was still in the archipelago at Sumburgh to 30th. Quite whether these individuals are purposeful spring/autumn migrants or simply failed breeders wandering aimlessly is unclear, although such arrivals are not without precedent in the far north in late June and early July. 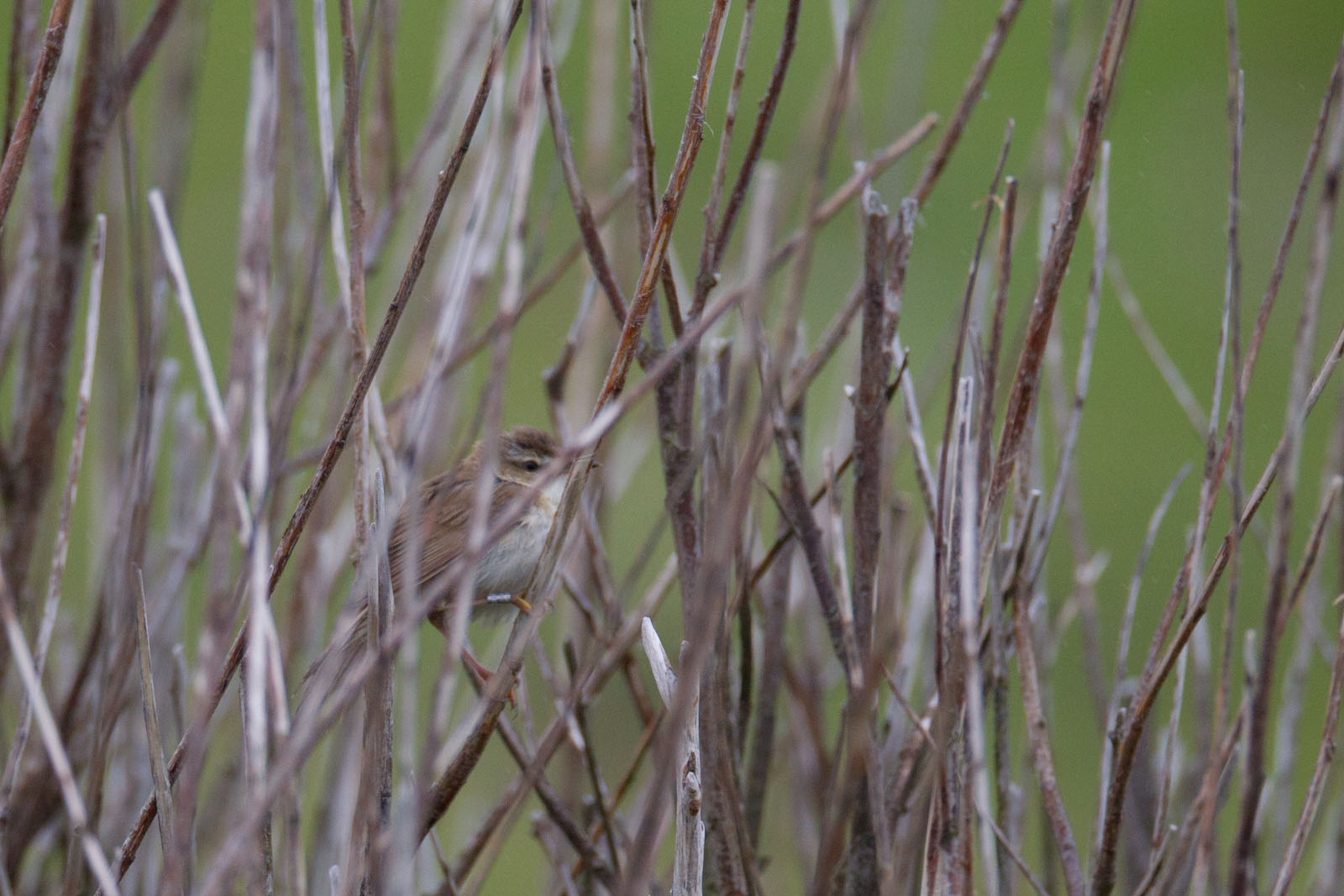 Another singing Icterine Warbler took up residence at Cockmuir Bridge (Lothian) from 4th, while Bardsey Island scored its second singing Greenish Warbler of the month on 30th. Down in Somerset, the Iberian Chiffchaff continued to sing at Porlock to at least 1st, although there was no news on the Cornish bird. The Savi's Warbler was also still singing occasionally at Blacktoft Sands (E Yorks). 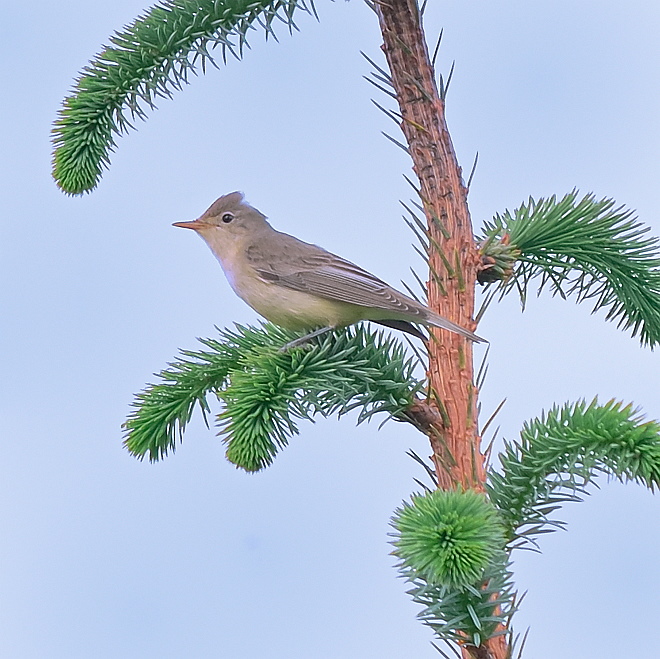 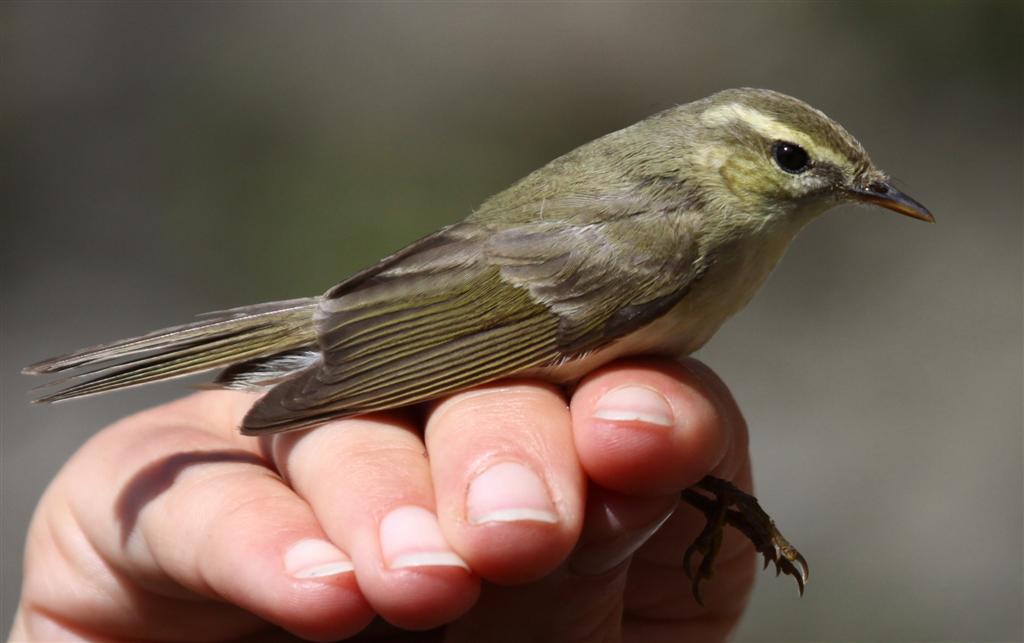 Other odds and sods included a Bee-eater at Abereiddy (Pembrokeshire) on 28th and the female Serin again at Landguard (Suffolk) on a couple of dates. Following a promising rush in the first half of June, Rose-coloured Starling records have tailed off: just one was reported this week, again in Wales at Ynyslas (Ceredigion) on 2nd and 4th. 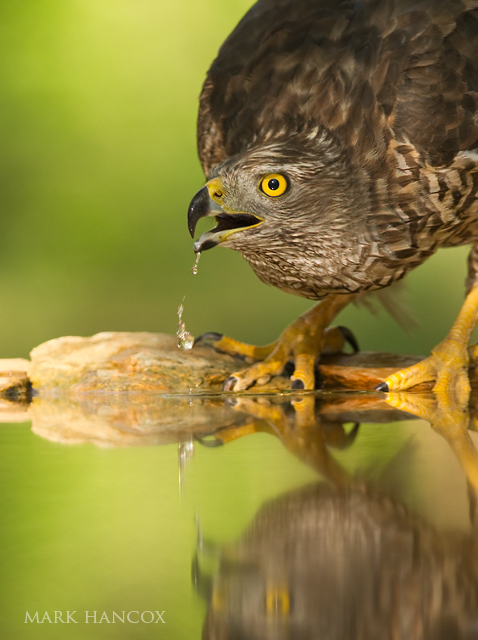 Once again, a trip to Hungary has provided an opportunity for a British bird photographer to capture an image that would have been impossible back home. Mark Hancox has used reflection pools extensively to photograph UK species, so would have known exactly what was needed to make the most of a similar setup visited during a photographic tour of Hungary. The advantage of this type of setup is that birds appear in a known position, allowing a photographer to get everything ready beforehand. It's then a case of waiting for the birds to arrive and responding with spot-on timing and technique when they do, which Mark certainly managed with his perfectly timed shot of a Goshawk drinking. Tight framing and punchy post-processing round off a powerful image. 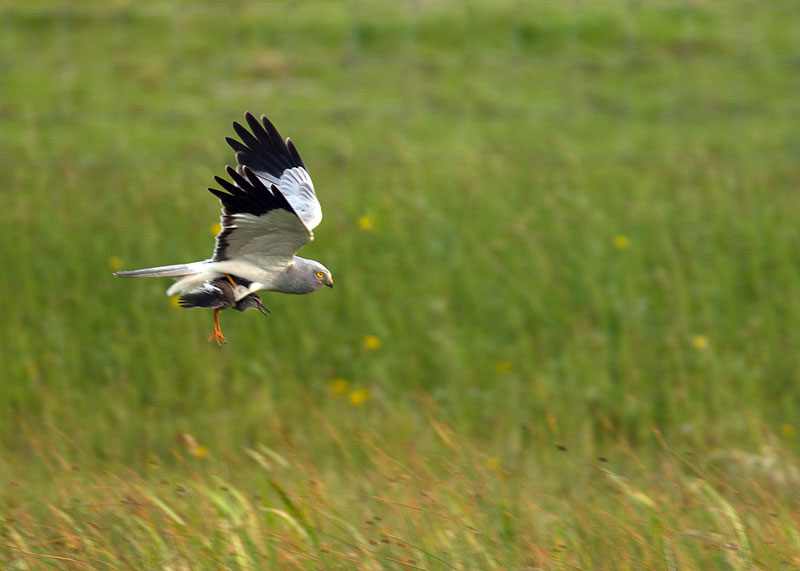 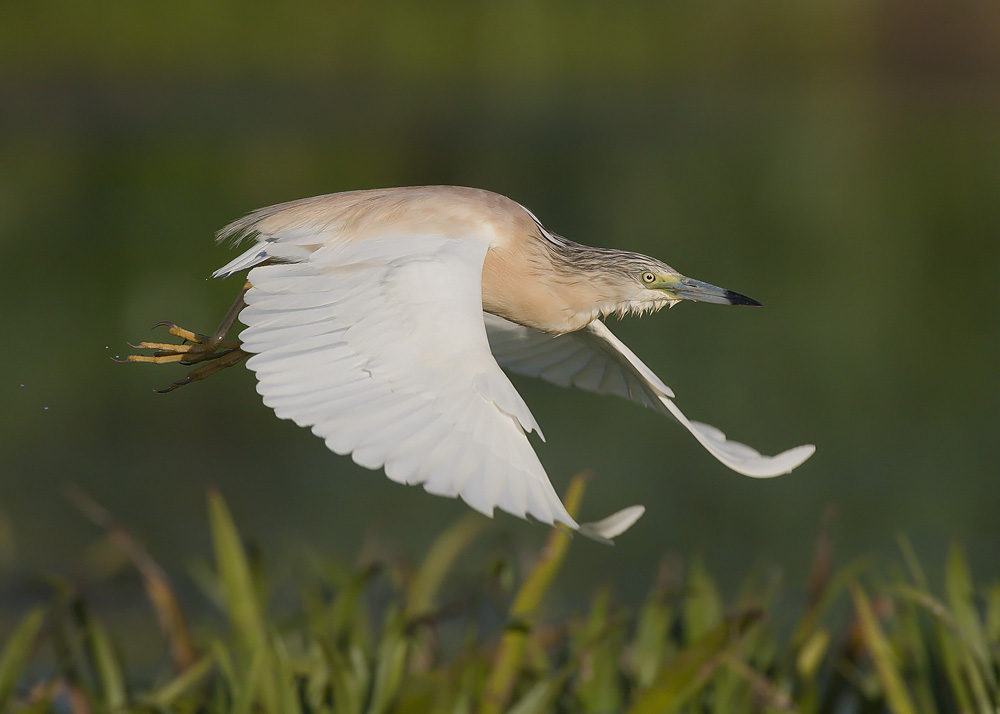 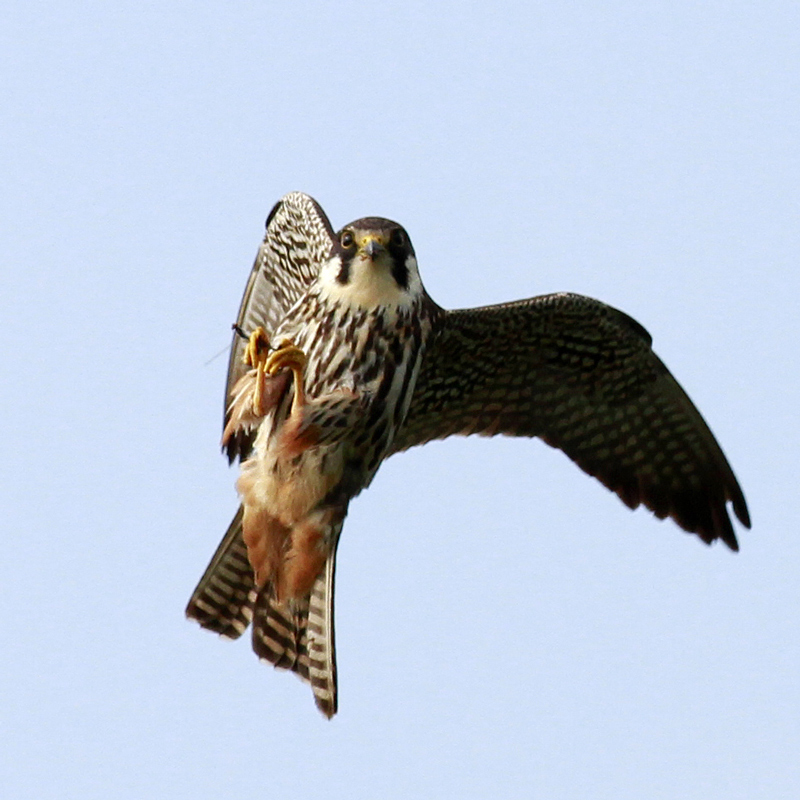 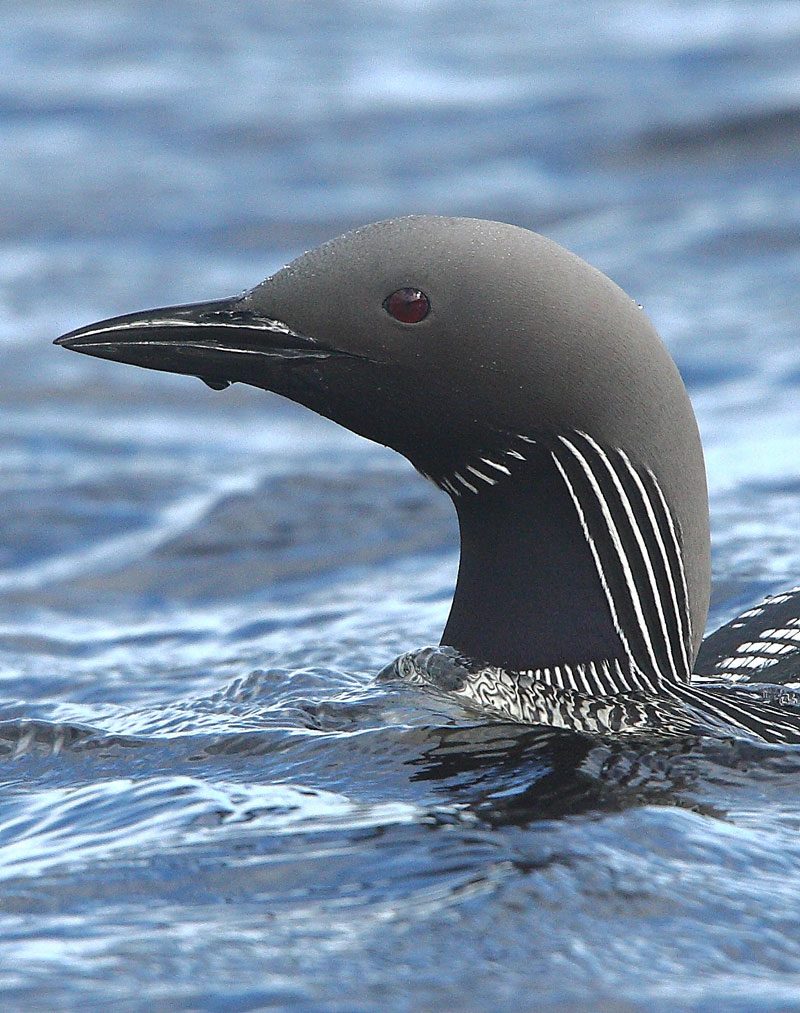 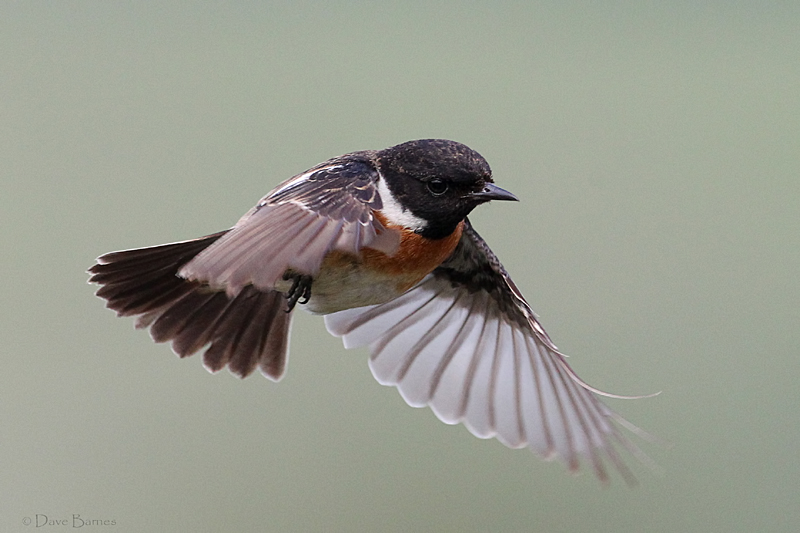 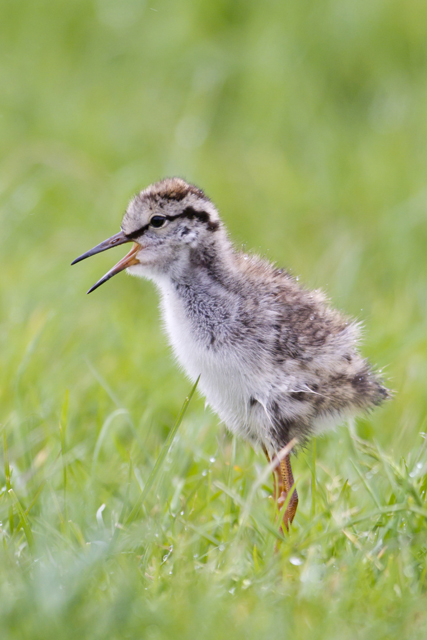 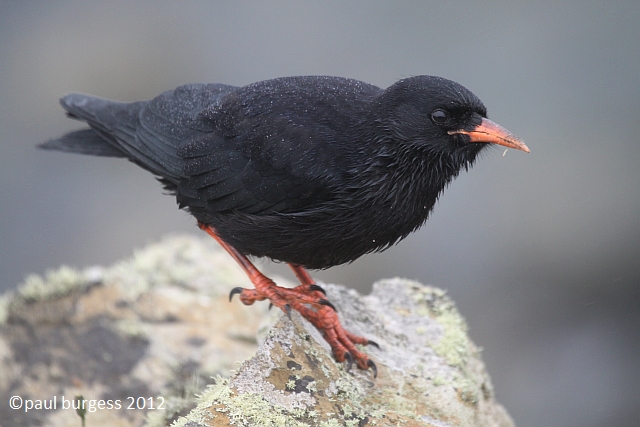 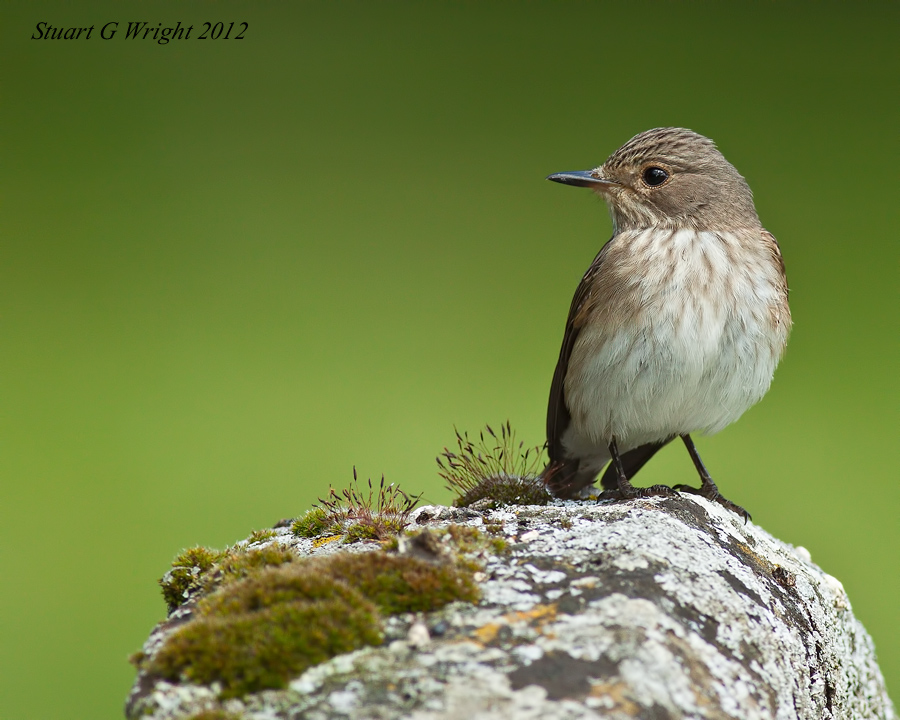 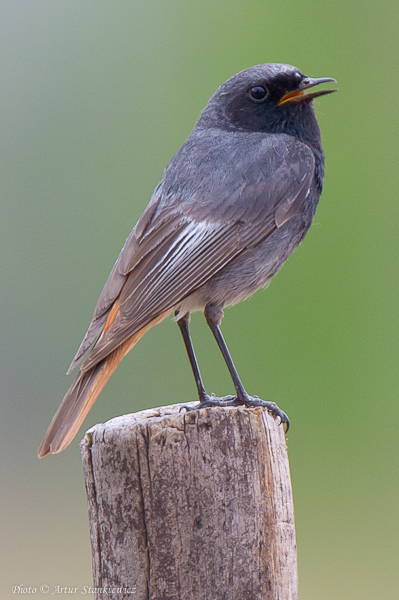 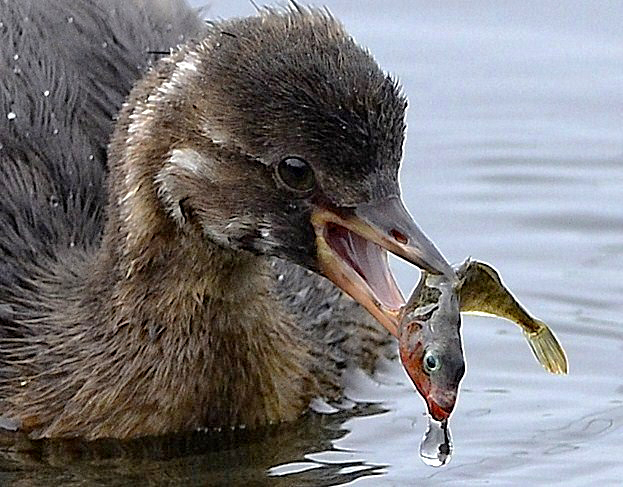 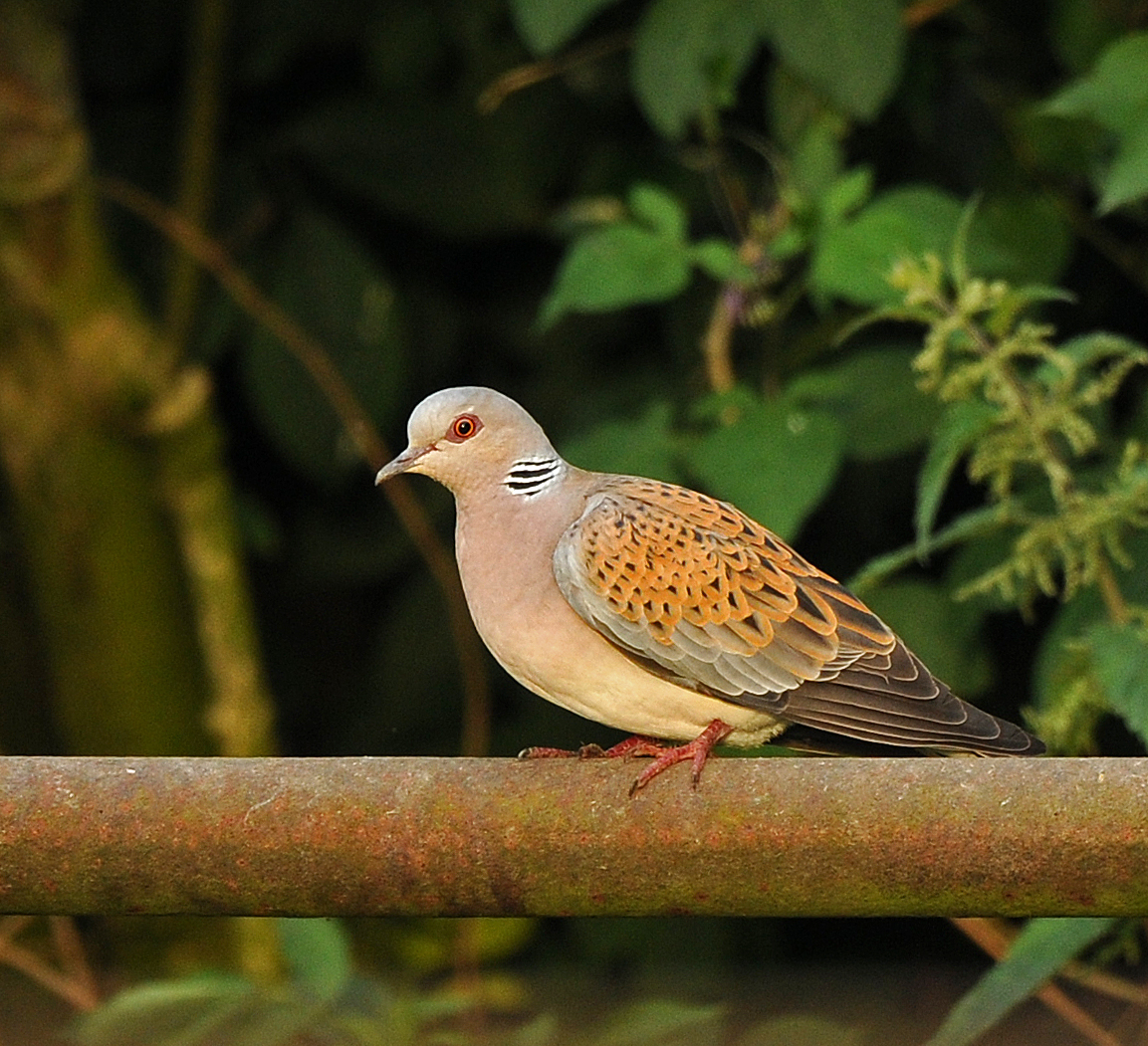 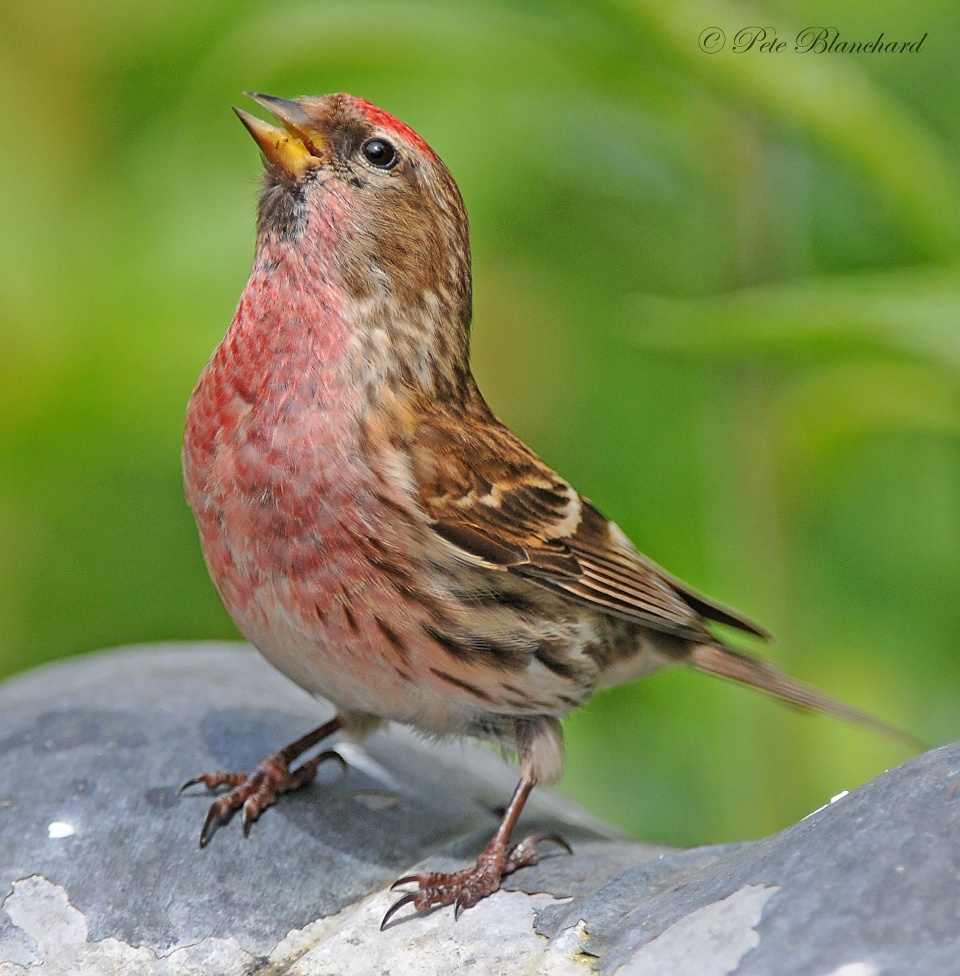