Review of the Week: 25 November – 1 December

Just when it seemed like winter was set and a quiet final few weeks of 2015 were on the cards, last Wednesday was one of those crazy days, lurching conspicuously from the mundane mediocrity of what has been a particularly miserable and grey end to November, to remind British and Irish birders that it is never quite safe to rest on their laurels.

First blood was drawn mid-afternoon on 25th, when the Bittern reported from a small, reedy lake near Castlefreke, Co Cork, was reidentified as Ireland's first American Bittern in more than 25 years. Eurasian Bittern would of course have been a highly significant record in itself for an unsuspecting site in south-west Cork and, given the storms of late, it wasn't all that surprising when it turned out to be the Nearctic congener. 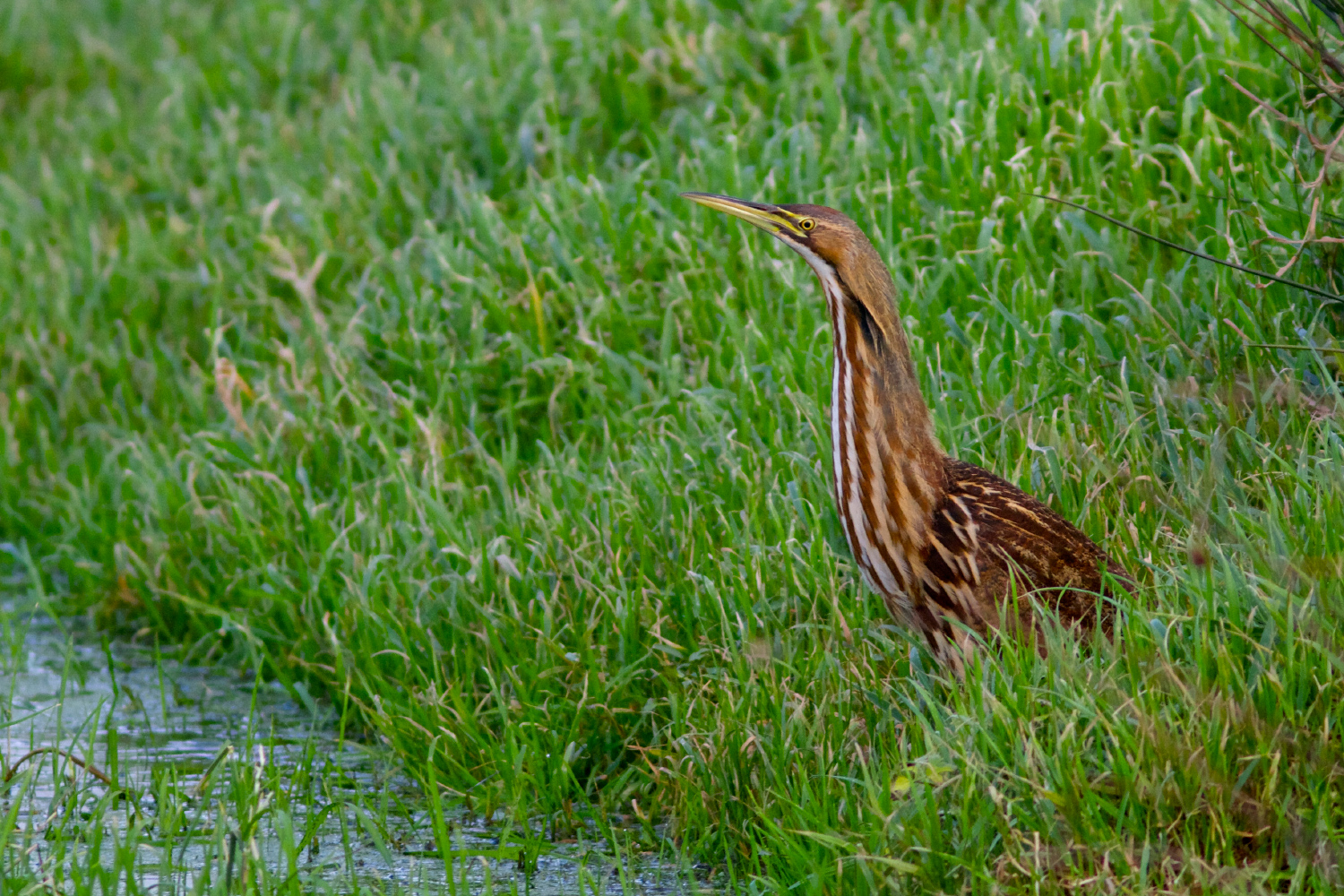 Lingering until early on Friday morning (after which it inexplicably disappeared), this represents the first twitchable American Bittern to be seen in Ireland in living memory. The last, in Co Wexford in 1990, was killed by a dog and, before that, records in 1925, 1964, 1970 and 1973 concerned birds either shot or found dead or dying — a somewhat gory run of occurrences that has happily come to an end at last. Lots more photos of the bird can be found here. 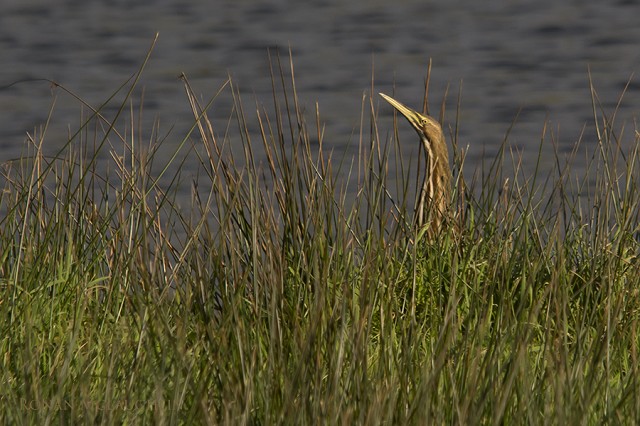 That evening, photos clearly depicting a young Oriental Turtle Dove emerged on Facebook; it soon transpired that the bird had been photographed as it visited a garden in Scalloway, Shetland, for an hour earlier in the day. A series of excellent images were obtained by the finders (which can be viewed here), illustrating it to be of the western subspecies meena — the first of this taxon to be recorded in Britain since winter 2003/4, when a bird spent the winter in Caithness. 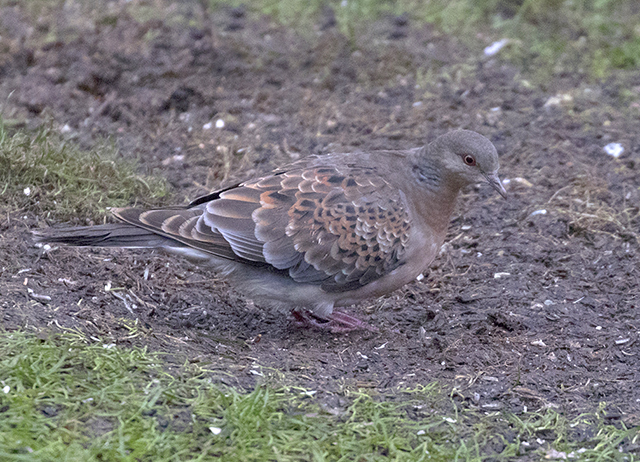 This is only the second record for Shetland, following a bird on Fair Isle in 1974, and so was a great Shetland tick for many of the archipelago's resident birders. The dove seems settled in the garden, and was still taking advantage of the plentiful bird food put out by the homeowners on 1st.

Belated news came on 29th of a Rose-breasted Grosbeak reported on feeders in a garden in St Helier, Jersey, on 22nd. It seems feasible to assume that this is the bird reported on Alderney back on 8th. There has been no sign since.

The final 'big' bit of news was the return of Cornwall's Pacific Diver — for its 10th winter, no less. First seen close inshore off Marazion on 26th, it was reported between there and Penzance until Tuesday at least. 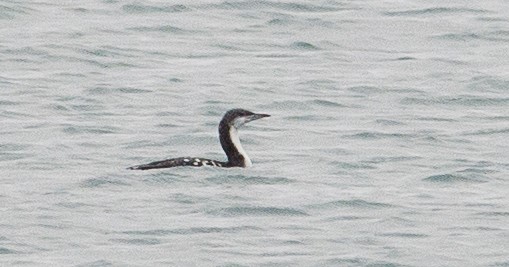 What is presumably the Rossbeigh Black Scoter was relocated around the Iveragh Peninsula in Ballinskelligs Bay, Co Kerry, on 26–27th, when it was viewable distantly from Waterville seafront. Drake Surf Scoters remained off the coasts of Lothian, Fife and Orkney, while the juvenile was still off Blue Anchor, Somerset, to 25th only.

At least eight Ring-necked Ducks were seen, including the two females still at Rooksbury Mill, Hants, to at least 29th and new drakes at Bray Gravel Pits, Berks, on 25th (presumably a returning bird) and Lough Gara, Co Sligo, on 30th, in addition to remaining males in Perthshire, Dumfries & Galloway, Orkney and Co Wexford. A new drake Lesser Scaup — an adult — was at Loch Leven, Perthshire, on 25th, with two still at Lough Gill, Co Kerry, on 30th and the male still in Somerset on 28th. The presumed female Ferruginous Duck again popped up at Dagenham Chase, London, on 29–30th and the drake remained at Blashford Lakes, Hants. 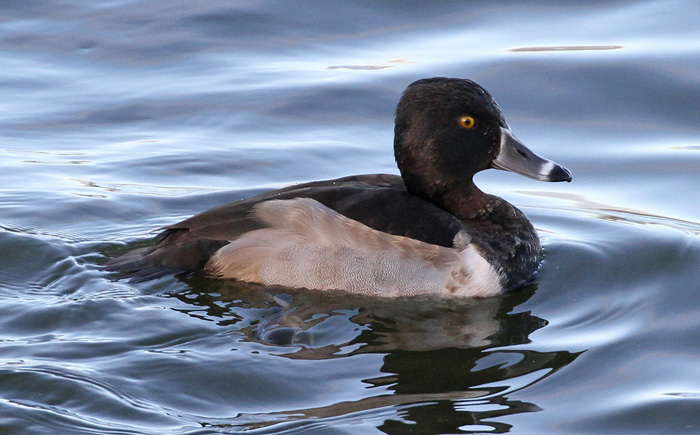 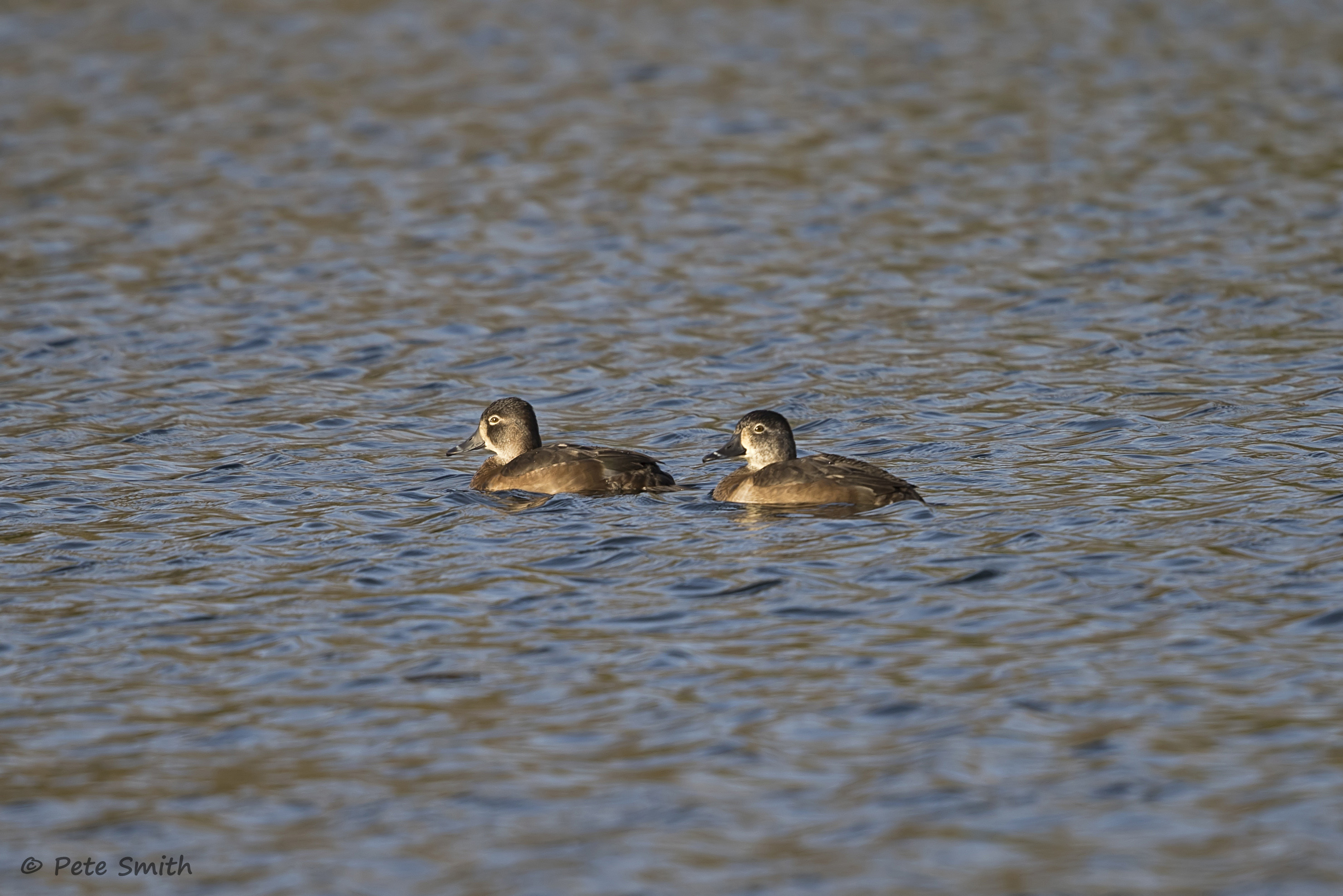 As well as the drake still at Loch of Strathbeg on 25th, two drake American Wigeon were seen, both in Highland: at Tain and Udale Bay on 30th, the latter alongside a presumed hybrid Eurasian × American Wigeon. A total of seven Green-winged Teal included new birds at Portworthy in Devon and Bardister on Shetland, and on North Uist, with another reported again in Wick, Highland, for the first time in almost a month.

An adult blue-morph Snow Goose was seen alongside three youngsters at Loch of Skene, Aberdeenshire, on 28th; another was at Balintore, Highland, from 29th. The only Cackling Goose was the Ridgway's of presumed suspect origin in Dumfries & Galloway; the Todd's Canada Goose remained at Lissadell, Co Sligo, to at least 1st. Black Brants were seen in Devon, Dorset, Norfolk, East Yorkshire and Co Kerry.

The Glossy Ibis at Pett Level, E Sussex, from 26–28th was new, while others were still in Somerset and Co Waterford, the latter reported for the first time in over a month. One Cattle Egret remained at Tacumshin, Co Wexford, on 26th; another flew north over Sharrington, Norfolk, on 28th and the bird at Steart, Somerset, was still there on 1st. Great White Egrets were reported from around 30 sites; five at Lydd, Kent, on 30th was the highest site count.

It was very much 'as you were' with birds of prey: the juvenile Pallid Harrier continued to entertain visitors to Snettisham, Norfolk, all week, while the male Northern Harrier was still on North Ronaldsay and the presumed juvenile was seen again near Newcastle, Co Wicklow, on 29th. Just three Rough-legged Buzzards were reported, including a bird well inland at Therfield Heath, Herts, from 26th, a juvenile inland of Brancaster Staithe, Norfolk, and the confiding individual still at Holland Haven, Essex.

Not a lot has changed on the shorebird front either. With no news on the Hampshire bird it was the sole responsibility of the continuing Cresswell Pond Long-billed Dowitcher to represent its species this week. The Spotted Sandpiper was still at Pilmore, Co Cork, to at least 28th, while a juvenile American Golden Plover was a nice find at Goole Fields, E Yorks, on 25th. A handful of Grey Phalaropes included the continuing Farmoor Reservoir individual, which was joined by a second from 30th. 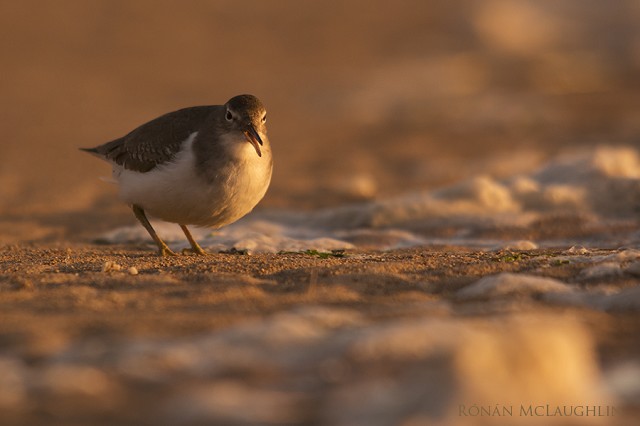 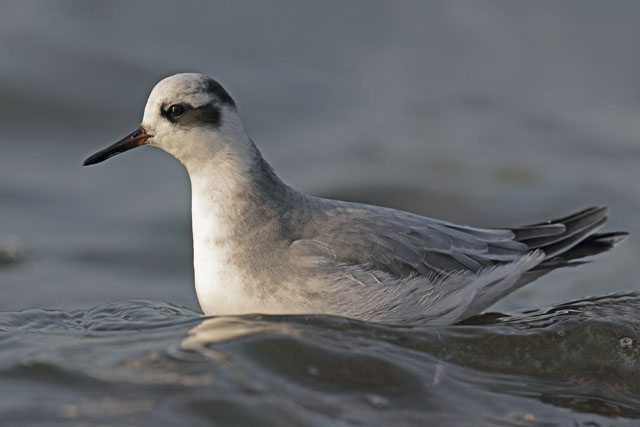 You have to admire the Kerry Gull-billed Tern's persistence; despite the awful weather it continues to remain loyal to Blennerville, and was still there on 27th. Rather more used to the often dismal winter weather in Ireland is the Galway Bay Forster's Tern; it was seen at New Quay, Co Clare, on 29th. The Bonaparte's Gull was again on the Farne Islands, Northumberland, on 29th and the Devon bird was still at Dawlish Warren on 28th. Nine Ring-billed Gulls were split 6:3 between Ireland and Britain, with first-winters seen at Poolbeg, Co Dublin, on 29th and Sancreed, Cornwall, on 30th.

At least one Kumlien's Gull was on Fair Isle this week, with a second-winter at Owenahincha, Co Cork, on 27th the only other reported. Fewer Glaucous Gulls this week saw the species barely make double figures. Iceland Gulls were somewhat more numerous, with around 25 reported, including up to three different birds in the West Midlands and two together at Beddington, Greater London, on 27th. 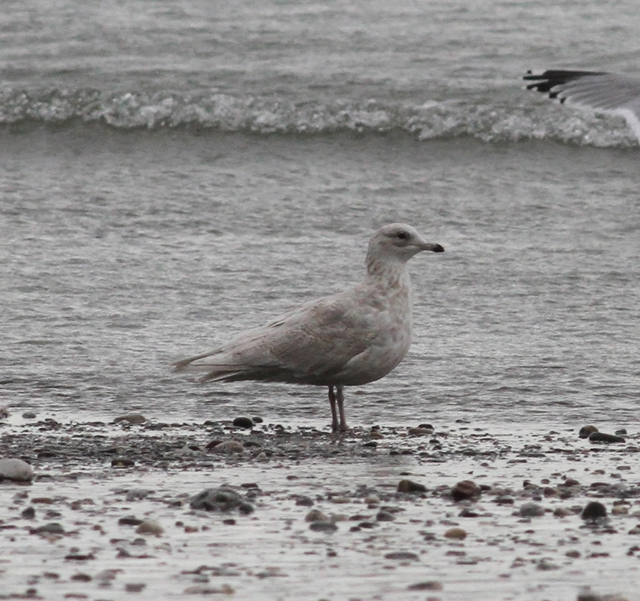 First found on 25th, a Hoopoe lingered near Hinksford, Staffs, throughout but there was no sign of last week's bird in Norfolk. The Richard's Pipit was seen again between Weybourne and Salthouse, Norfolk, on 25th. Aside from the continuing group of three on the beach at Holme, Norfolk, the only Shore Lark reported was that at Tetney Marshes, Lincs, on 25th. 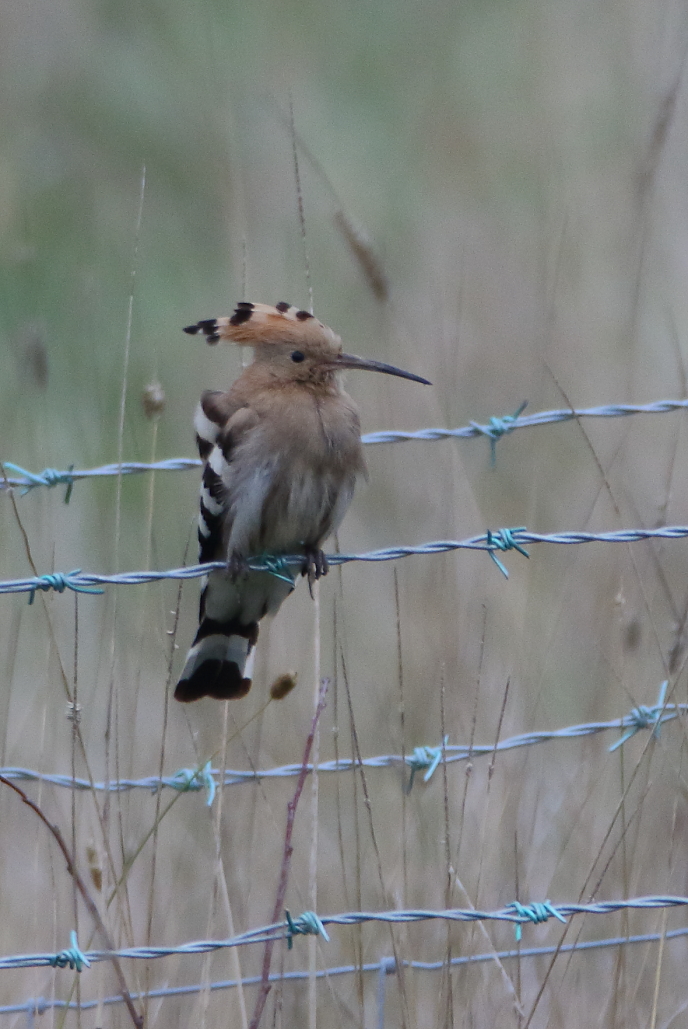 Waxwings were reported from 23 sites nationwide, many of these traditional haunts of the species — Copdock Tesco in Suffolk, Woodhorn Motors in Ashington and Snettisham village are all well-known locations that seem to prove, for some reason, irresistible to these mildly intoxicated northern wanderers, and each featured among this week's reports. One wonders whether the floodgates will open as soon as the wind and rain abates ... 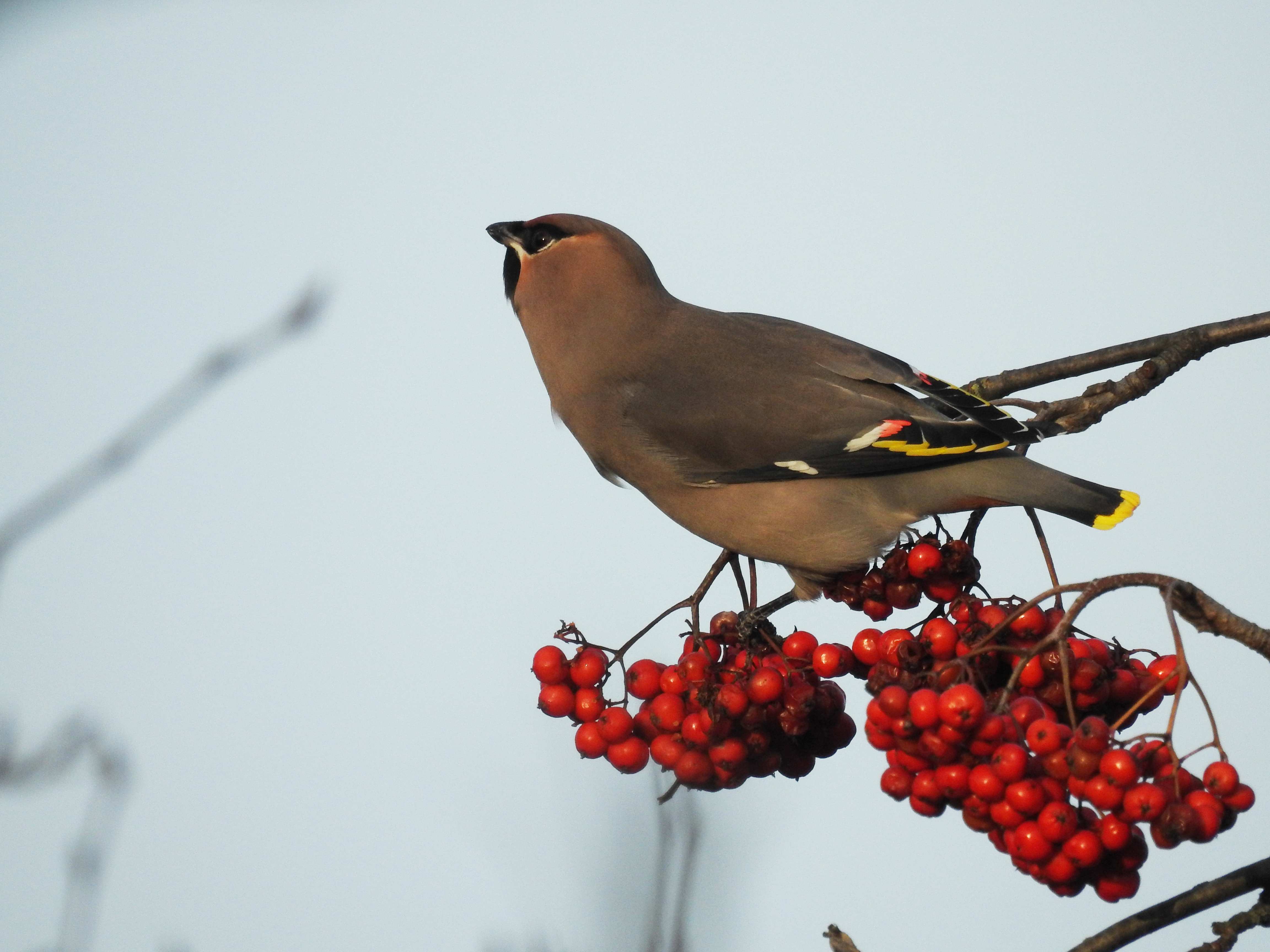 A Barred Warbler favouring fat balls near Thorntonloch, Lothian, from 26th continued until at least Tuesday, becoming the first December record for Scotland in the process. Both Pallas's and Yellow-browed Warblers were seen together in Newlyn, Cornwall, on 1st but warblers were otherwise thin on the ground, and a Lesser Whitethroat at East India Dock Basin, London, was about as good as it got. Great Grey Shrikes were reported from 17 widely spread sites across England. 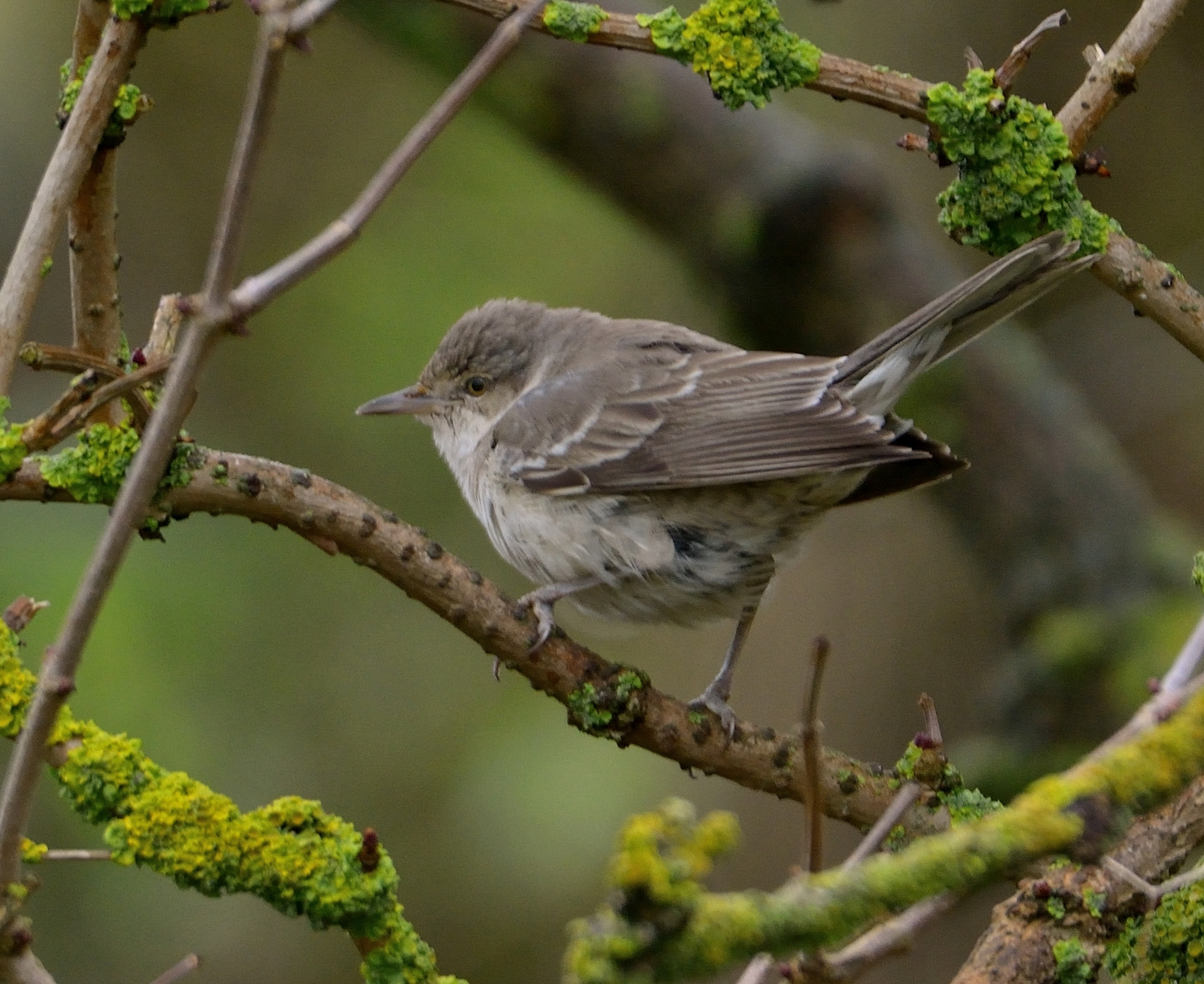 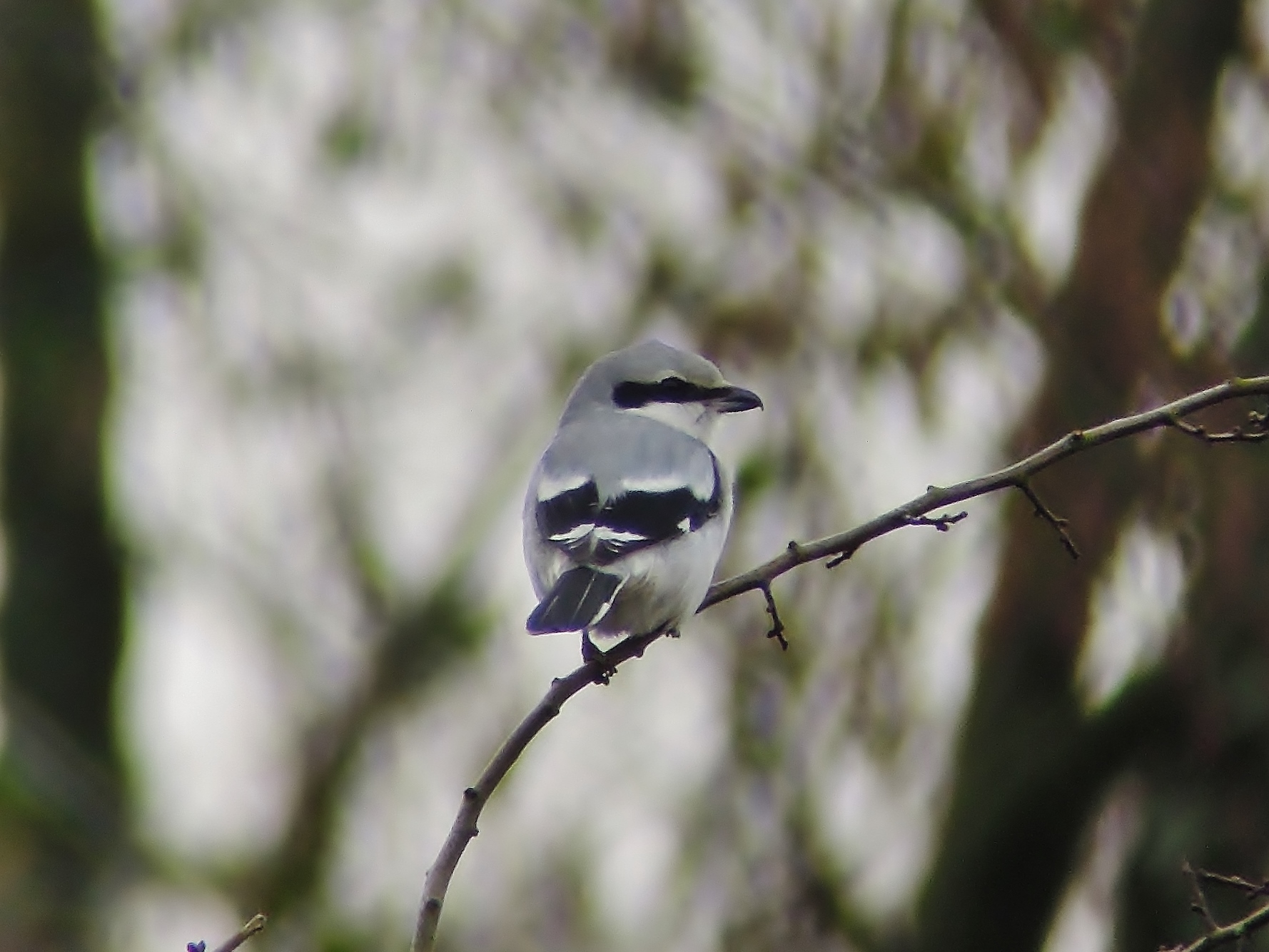 The Western Palearctic's third Amur Wagtail was an excellent find on pools at Lahti, Finland, on 27th and remained until Tuesday at least. It follows records from Durham in April 2004 and Vest-Agder, Norway, in November 2008; one has to imagine that this taxon may have been considerably under-recorded in the past.

Also in Finland, the Azure Tit continues to show on and off on the outskirts of Helsinki, although attempts to attract it to feeders are currently failing due to the unusually mild weather still persisting in southern Finland, and the bird can disappear for considerable amounts of time.

The first Whooper Swan for the Azores, an adult, turned up at Furnas, São Miguel, on 26th and has lingered there since. Iceland's fifth Franklin's Gull was at Sandgerði on 28th and follows a major invasion of the species along the Eastern seaboard of North America earlier in the month. Rather gripping for British birders was a male Pine Bunting found in Limburg, Netherlands, on 1st — it's over 10 years since the last twitchable individual on the British mainland. 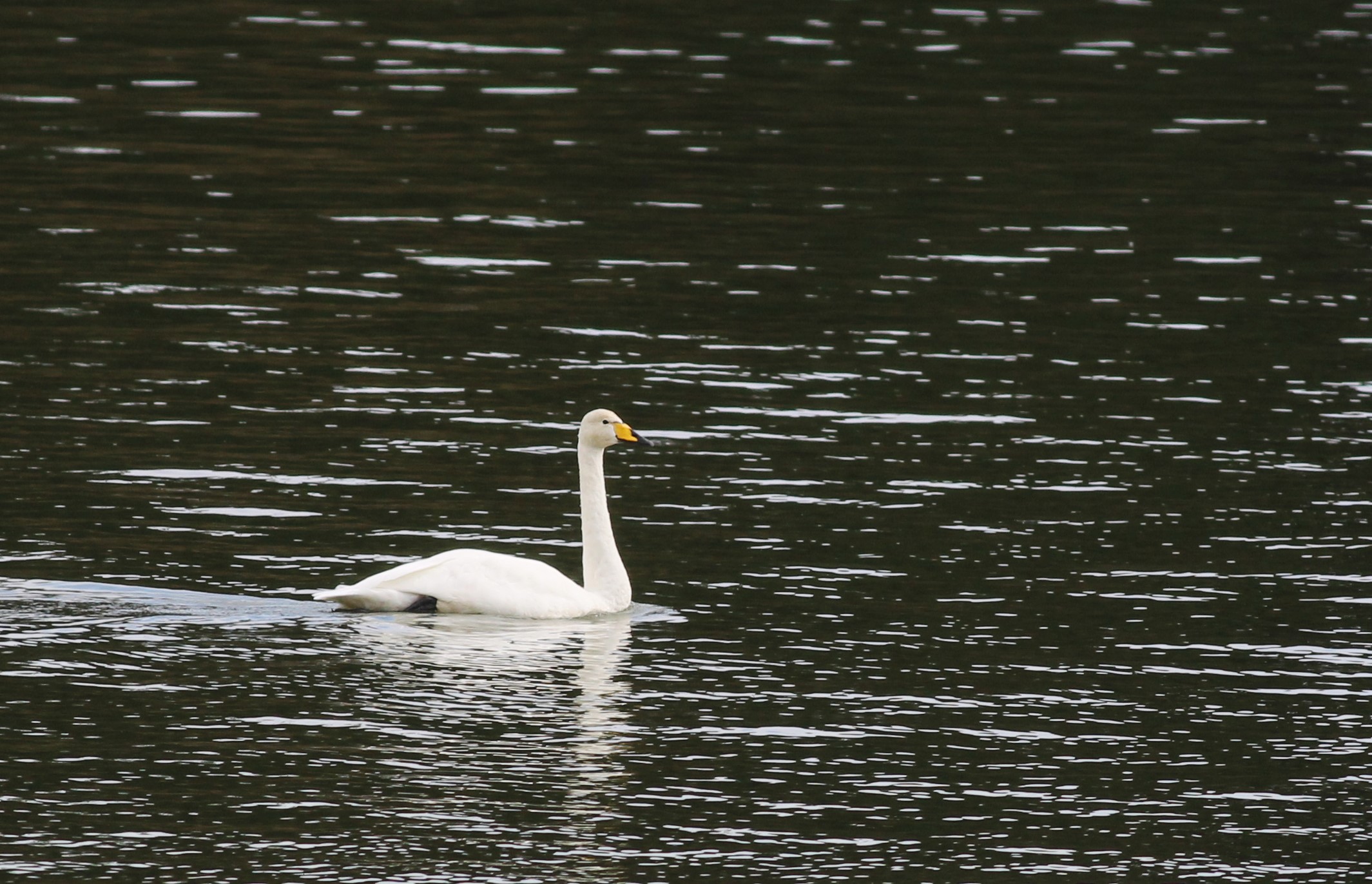