At the conclusion of another agreeably hectic week of waders, seabirds and passerine arrivals, it was the reedbed fringes of Alkborough Flats, Lincs, which proffered the most revelatory sighting of the review period: none other than a Western Swamphen! Discovered in mid-afternoon on 30th, the jumbo rail maintained a healthy distance from the reserve's hide and, though it is an adult, it is as yet uncertain whether or it is the same bird as the Minsmere individual from earlier in the month. Either way, the case for the species' official admission to the British avifauna is surely bolstered. 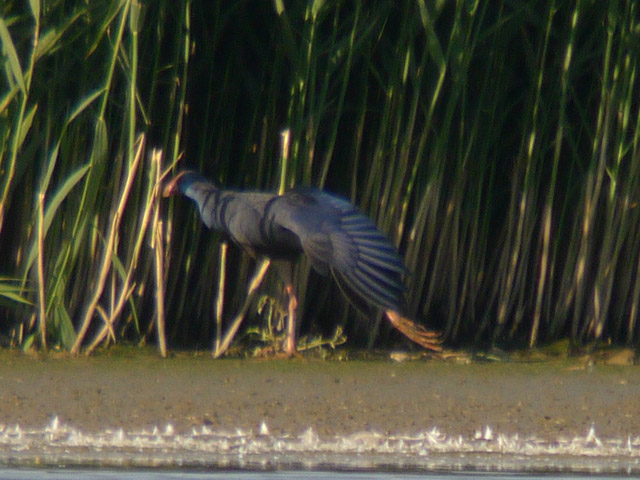 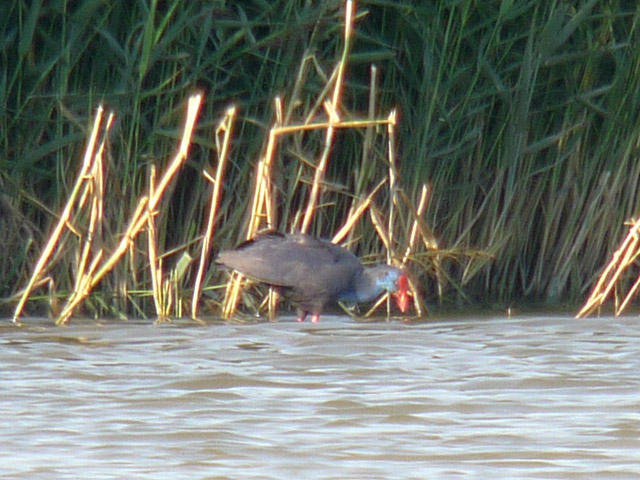 On the other side of the Irish sea, the stately adult Royal Tern hung on around Beale, Co Kerry, until the morning of 25th when it regained its peripatetic habits and proceeded to cross back and forth across the border between Co Kerry and Co Clare, calling in at Littor Strand, Rinevella Bay and Carrigaholt Bay, all thankfully within a reasonable distance of one another. Over the next three days, it spent most of its time in Co Clare at Carrigaholt, with a couple of visits to its Kerry haunts of Littor and Beale while delighting many a birder who has long awaited a co-operative individual of this king of terns. It was nowhere to be seen on 29th, and the only possible further lead was an uncorroborated report of a fly-past at Carnsore Point, Co Wexford, on 30th. 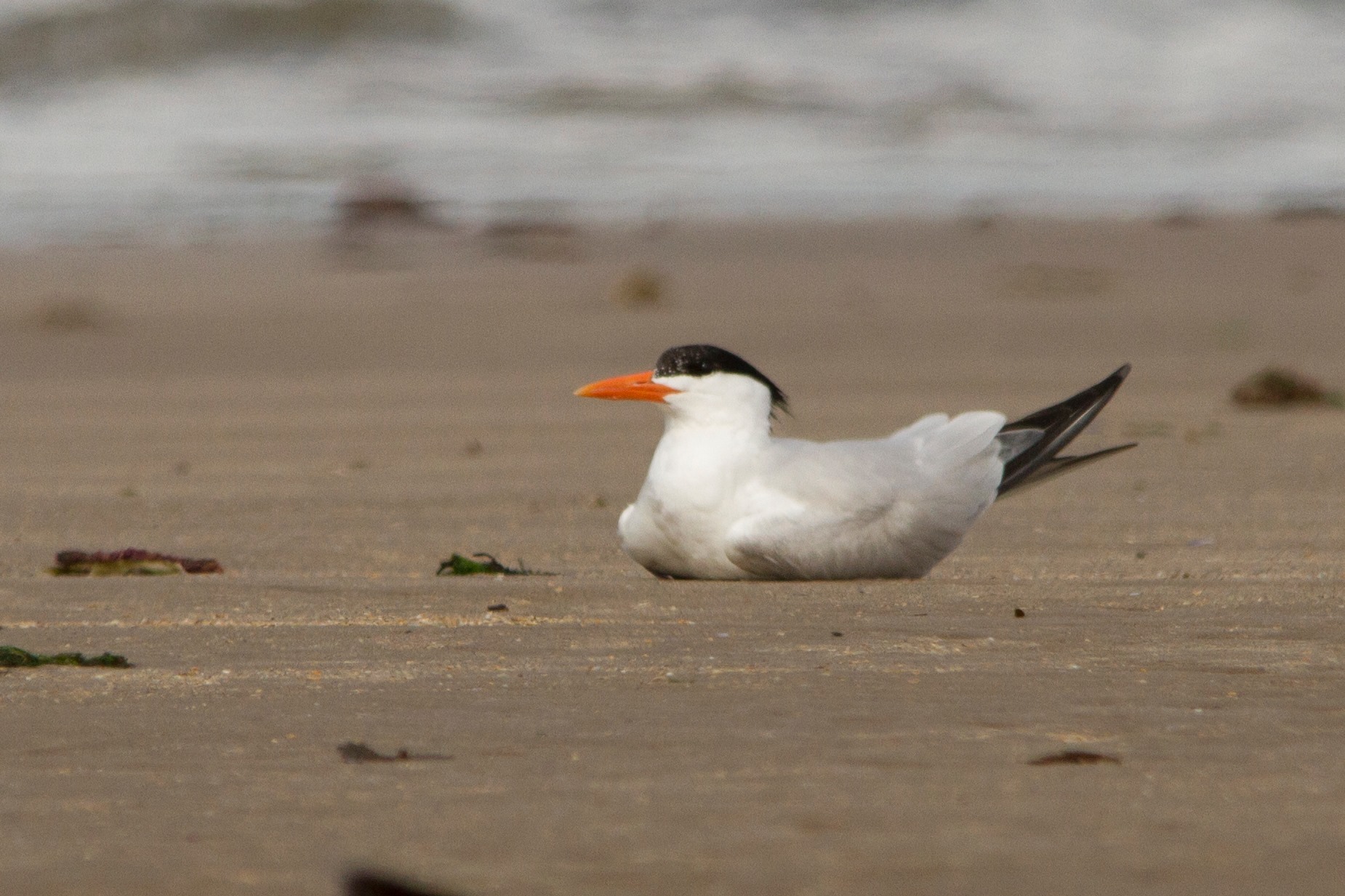 In Orkney, North Ronaldsay's mistnets settled the identification of an Iduna warbler located late afternoon on 28th as a Sykes's Warbler, providing jubilation for the island's birders and a hit of inspiration for the rest of us. Sykes's close congener, Booted Warbler, also featured this week, with birds turning up on Sumburgh Head and Fair Isle, both Shetland, on 28th; the latter bird was still there on 30th. A report of a Lanceolated Warbler at Titchwell RSPB, Norfolk, on 26th was altogether less seasonable but the news only filtered out the following morning. 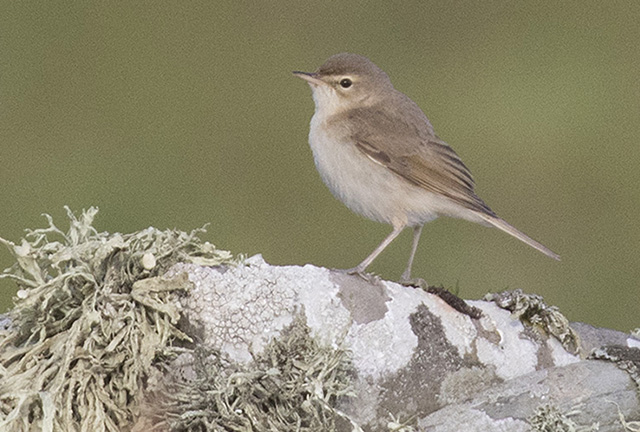 Now a time-honoured aspect of the Cornish scenery, the adult Dalmatian Pelican spent 24–27th at Restronguet Creek before heaving itself over to Helston Loe Pool by 29th, where it whiled away two days. Murcar Golf Club, Aberdeenshire, and its faithful drake American White-winged Scoter continued to provide steady interest, the bird being there to at least 29th, with the ongoing Surf Scoter sideshow on 24th. Highland's celebrity American Black Duck drake, currently in eclipse plumage, frequented the Strontian area to 30th at least, and the eclipse drake King Eider was still off the beach at Murvagh, Co Donegal, on 29th. 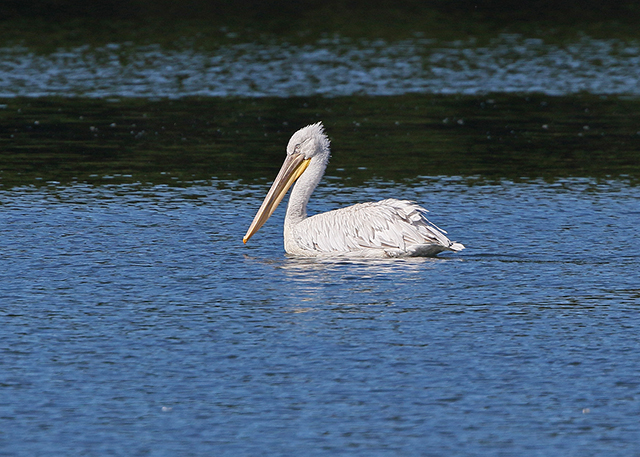 There was much maritime bounty for those positioned on coastal headlands or vessels at sea, with Fea's Petrels bombing past Pendeen, Cornwall, on 28th and Skellig Michael, Co Kerry, on 30th and a Wilson's Storm-petrel providing a decent result for a pelagic off Fastnet Rock, Co Cork, on 27th. With a smattering of other gems such as Sabine's Gulls, Grey Phalaropes and Long-tailed Skuas being picked up (mainly in Ireland) over the week, not to mention many Cory's and Great Shearwaters, watching the waves truly paid off.

This autumn's first Arctic Warbler was at Scatness, Shetland, on 27–28th and others arrived at Sandness and Geosetter on 28th and 29th respectively. Five Greenish Warblers this week included one left over from the previous review, on the Isle of Noss, Shetland, on 24th and new birds on Shetland (two) and in Dorset and Co Durham. Another autumn premiere was a Blyth's Reed Warbler on Fair Isle on 28th. Scarce migrant totals, chiefly in the north and east, included 17 Barred Warblers, 23 Icterine Warblers, four Melodious Warblers (three on which were on Bardsey Island, Gwynedd, on 24th, with three Icterines during a Hippolais fall), three Marsh Warblers, 58 Wrynecks and nine each of Red-backed Shrike and Common Rosefinch. 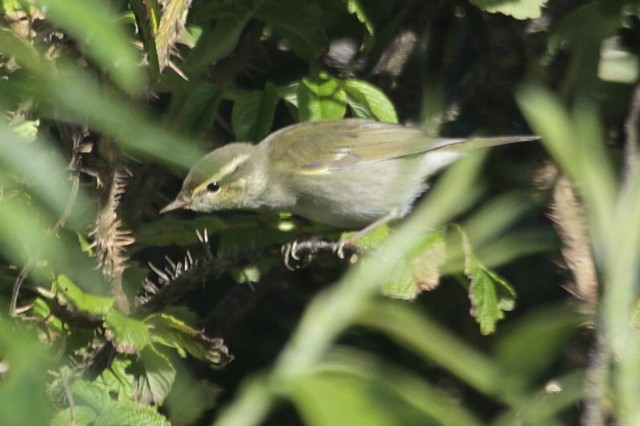 The relatively novel practice of using a sound recorder to capture the calls of nocturnal migrants shed light on an extraordinary movement of Ortolan Buntings in Dorset; a 'listening station' at Poole registered up to seven calling under the cover of darkness between 22nd and 26th while four sets of calls were recorded overnight at Portland on 25th alone. It seems utterly incredible that such a number might be passing over unseen, given the diminished status of this former bread-and-butter scarcity. That said, there have certainly been worse Augusts for Ortolans in recent years: diurnal sightings in the county were made at Portland from 26–29th and at Hengistbury Head on 25th, along with reports from Bardsey Island, Gwynedd; Seaford Head, East Sussex, on 24th; St Agnes, Scilly, on 25th; Blakeney Point, Norfolk, on 28th; and Lizard Point, Cornwall, from 28–29th.

A Tawny Pipit picked up in flight as it headed over Sheepcote Valley, East Sussex, was noteworthy on 27th, when a Golden Oriole made a brief appearance at Weybourne, Norfolk. A first-winter Citrine Wagtail frequented a pool at Raftra Farm, Polgigga, Cornwall, from 25–26th and late news emerged of one at Lissagriffin, Co Cork, last week, on 23rd. Reports of single Hoopoes came from Portland, Dorset, on 24th and Portsmouth, Hampshire, on 26th. European Serins were logged at Landguard NR, Suffolk, on 24th and in Norfolk at Winterton Dunes NNR and Salthouse on 26th and 28th respectively. Refuge was sought by a Red-breasted Flycatcher on a boat off Blakeney, Norfolk, on 28th. 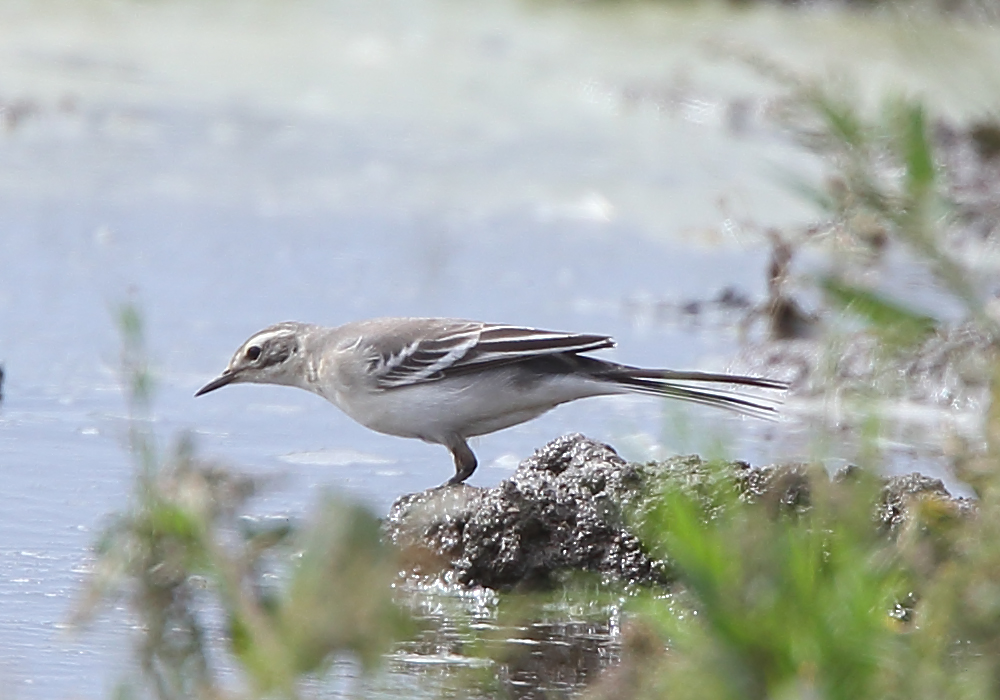 The fields of Middleton on Tiree, Argyll, attracted an adult Pacific Golden Plover, stumbled across on 29th and still there on 30th, and an adult Least Sandpiper was new in Co Clare at Cloghaun Marsh on 24–25th before it pressed on with its wayward journey. Also fresh in was a juvenile Spotted Sandpiper on St Mary's, Scilly, on 27th. In a ripe week for Semipalmated Sandpipers, a juvenile was noted at Ferriter's Cove, Co Kerry, from 26th to the week's end and four additional birds were identified on 27th in Co Cork at Ballycotton, Co Clare at Lough Donnell and Co Kerry at Inny Strand and Killelton Polder. Furthermore, reports came from the Camel Estuary, Cornwall, on 28th and 30th. 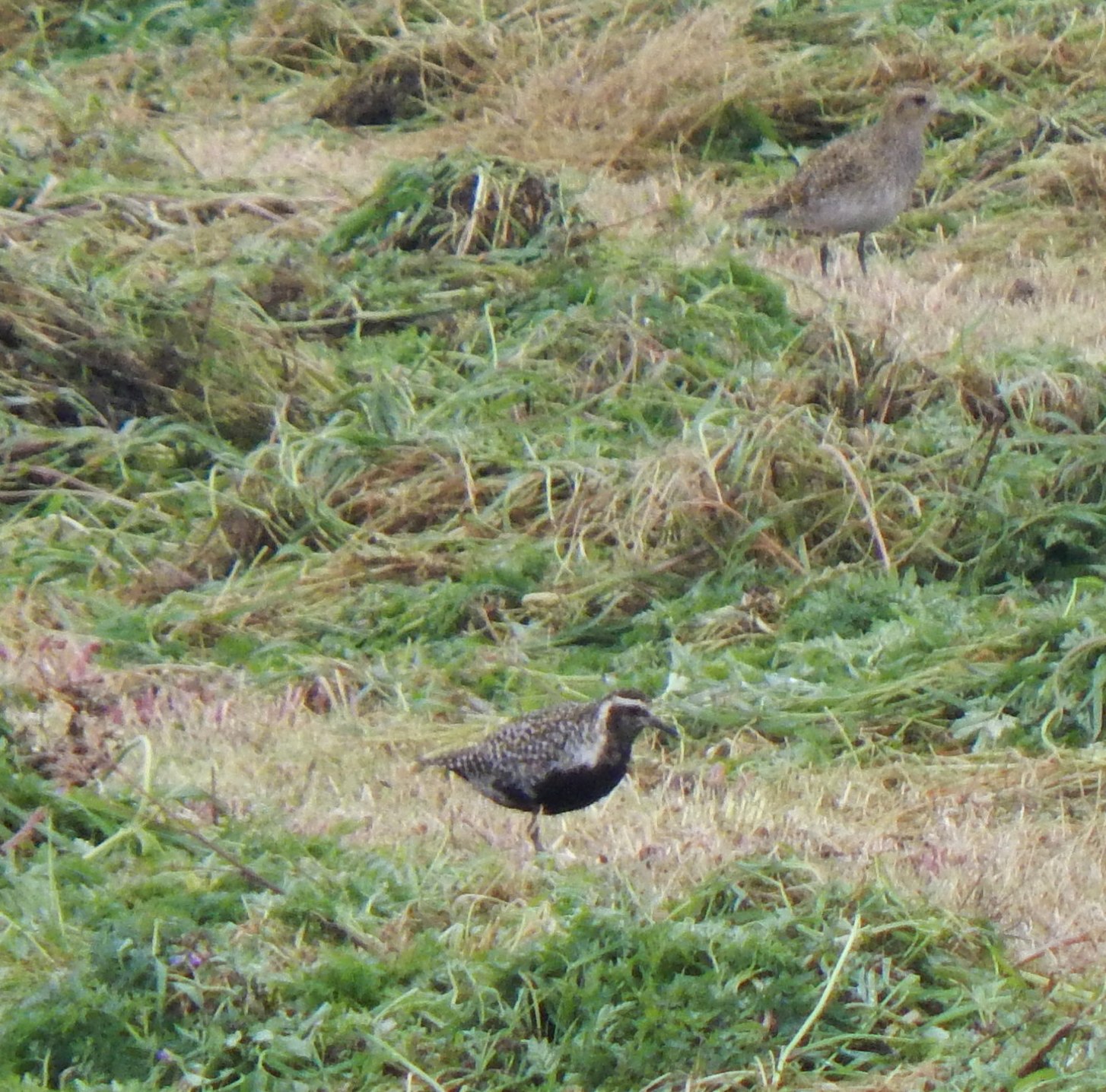 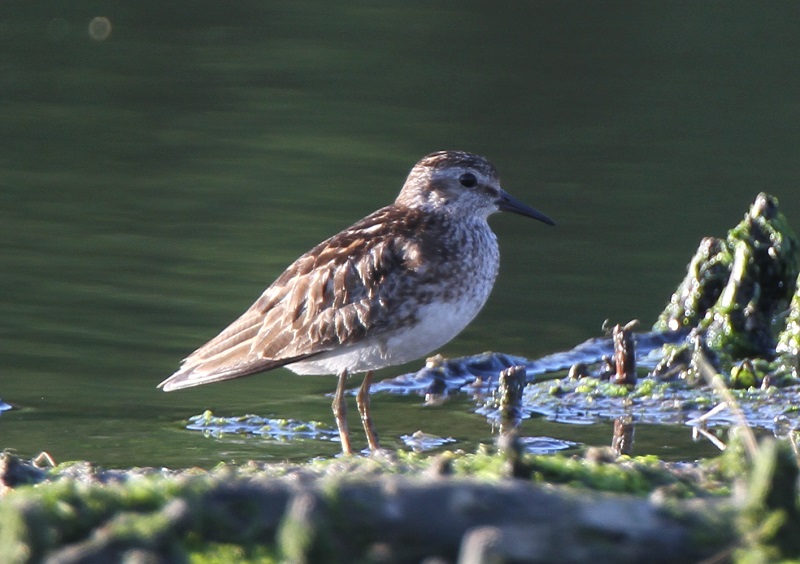 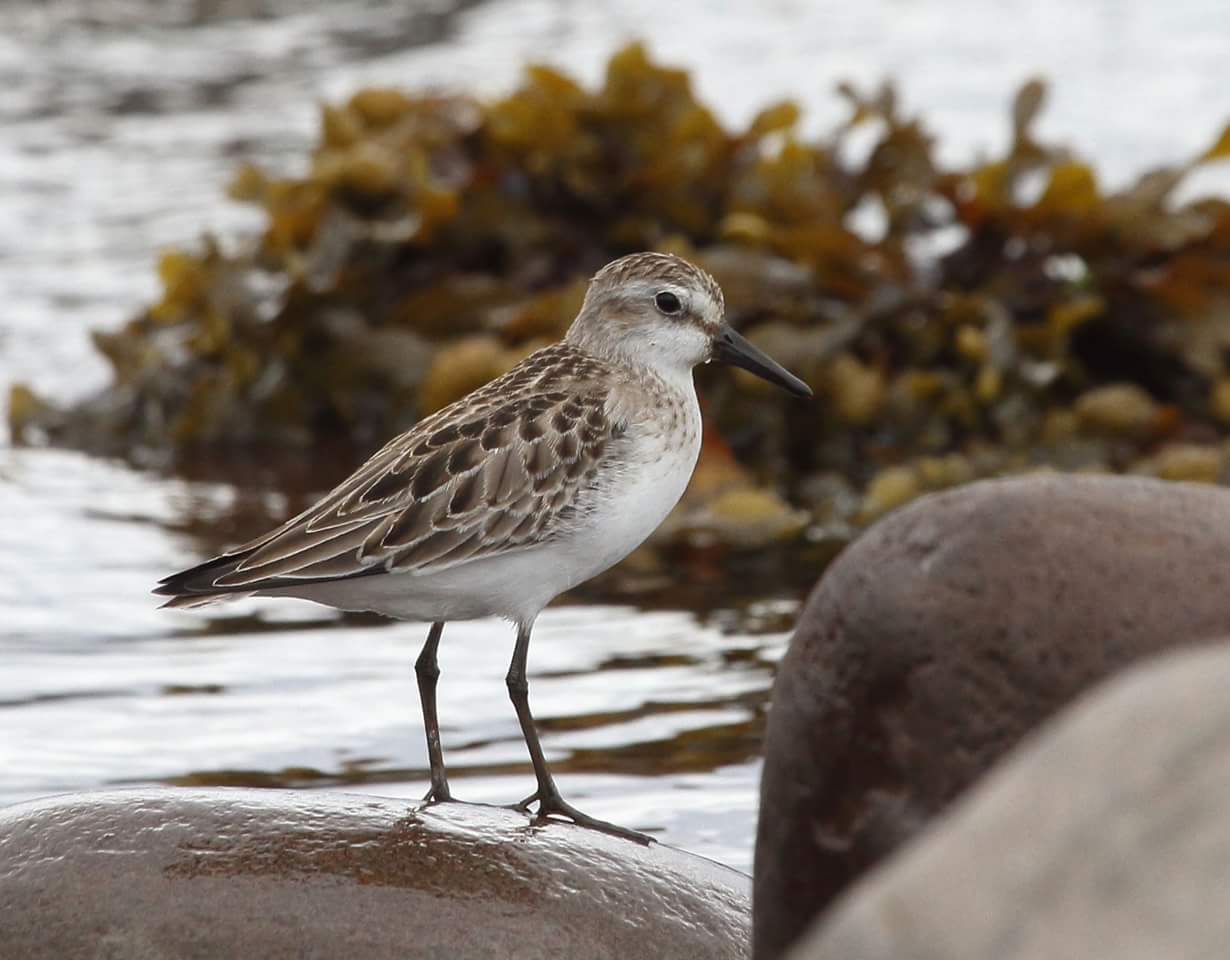 At Reculver in Kent, Cold Harbour Lagoon's hosting of an adult Baird's Sandpiper from 26–28th was lapped up by county birders and a number of visitors from further afield, as will be the bird that rocked up at Hatfield Moors, South Yorkshire, on 30th, should it stay. Lingering waders included the White-rumped Sandpiper still in the act of refuelling at Amble, Northumberland, to 27th, as well as the Lesser Yellowlegs still at Rogerstown Estuary, Co Dublin, to 24th and Vange Marsh, Essex, to 29th. There was still no indication of revived wanderlust in the Cornish Hudsonian Whimbrel, which stuck it out in Boat Cove to the week's end. In support were lone Temminck's Stints in London, Kent, Notts and, notably, on St Mary's, Scilly. Single Buff-breasted Sandpipers pottered around Tacumshin, Co Wexford, on 27th and between Ballyconneely and Crompaun Bay, Co Galway, on 30th, while Pectoral Sandpipers totalled seven, including two at Tacumshin, Co Wexford. 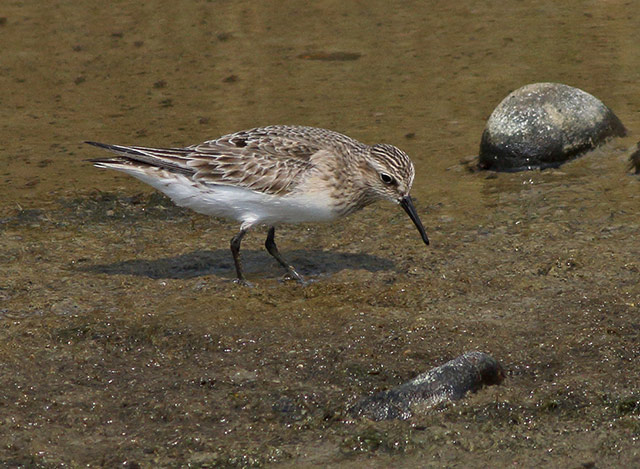 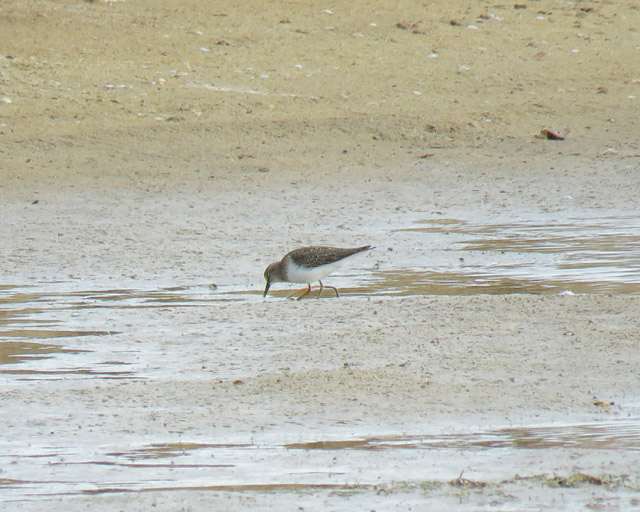 In Oxfordshire, the slippery juvenile Purple Heron went on making fleeting appearances at Otmoor to 30th as it materialised from the reedbeds now and then. The Spotted Crake at North Cave Wetlands was more dependable, present and often venturing far into the open to 30th. The Cattle Egret was still at Marshside, Lancs, to 29th and the Tacumshin, Co Wexford, bird remained to 26th. 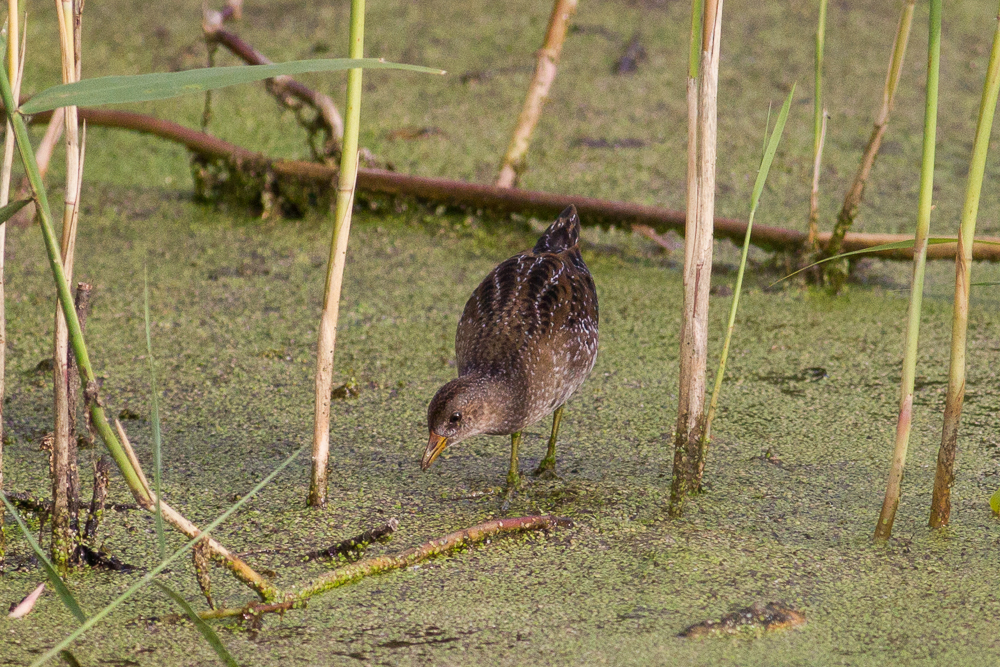 A juvenile White-winged Black Tern surfaced at Farmoor Reservoir, Oxon, for a few hours on 27th before flying west in the evening, and was therefore conceivably the same bird as seen at Llangorse Lake, Powys, the following morning. Come the evening of 28th, it departed south-west from the lake, and the evening of 29th saw a juvenile arrive at Saltholme, Cleveland, which stuck around to 29th. The adult Forster's Tern was glued to Soldier's Point, Co Louth, to 28th, as was the adult Bonaparte's Gull to Oare Marshes NR, Kent, to 29th. An adult Azores Gull dropped by at Stanwick GP, Northants, on 24th and again on 25th.

The autumn's first Pallid Harrier was at Toab, Shetland, on 25th, and an unconfirmed report of a Red-footed Falcon came from Sheringham, Norfolk, on 30th.

On more distant horizons, highlight included the Netherlands' Sociable Lapwing still at Lettele to 28th and a Royal Tern in France at Plounéour-Trez, Finistère, on 24th. The Netherlands also sported a Nutcracker at Kwintelooyen, Rhenen, on 28th and a Great White Pelican at Diependal, Hijken, on 26th. A Spanish Imperial Eagle was at Col d'Organbidexka, France, on 26th and Paddyfield Warblers were ringed in the Czech Republic at Hrabanovská Cernava, Lysá nad Labem, on 27th and in Poland at Siekierki, Vistula Spit, on 25th.