With very few new birds arriving again this week, attention continued to focus on long-staying rarities. Although no longer considered a true rarity, the Rose-coloured Starling which appeared at Berrow (Somerset) on 25th would no doubt have been very popular had it stayed around. Elsewhere most of the "old faithfuls" did stay around including the Black-throated Thrush in Swansea (Glamorgan), Hume's Leaf Warbler in Whitley Bay (Northumbs), Common Rosefinch in Sheffield (South Yorkshire) and at least 3 Penduline Tits at Rainham Marshes RSPB (Greater London). The female Redhead was still on Tiree (Argyll) to at least the 24th as was the drake Barrow's Goldeneye at Quoile Pondage (Down).

At least seven Black Brants remained along the coast between Norfolk and Dorset, including two together at Holme-next-the-Sea (Norfolk) with a further two in Ireland. The white-morph Snow Goose was still at the north end of Loch Craignish (Argyll) to at least the 28th. 135+ Taiga Bean Geese remained around Fannyside Lochs (Clyde) with up to 41 at Cantley Marshes RSPB (Norfolk), two at Martin Mere (Lancashire) and one still at Mountnorris (Co. Armagh). Tundra Bean Geese were reported from Norfolk, Suffolk and East Sussex with a maximum of 12 at Dunwich (Suffolk) on 26th and presumably the same 12 at Blythburgh (Suffolk) on 27th-28th. The female Black Duck remained at the Great Pool on Tresco (Scilly) throughout and the Black Scoter was still off Llanfairfechan (Conwy) to at least 27th. A first-winter drake Lesser Scaup at College Reservoir (Cornwall) from 25th could possibly be the same bird which had been at Drift Reservoir (Cornwall) since early November 2005 and was last reported there on 21st February. Elsewhere a female was reported from Cotswold Water Park (Glos) on 25th and others remained on the Ouse Washes (Cambs) and Caerlaverock WWT (Dumfries and Galloway). Ferruginous Ducks remained at Coole Park (Galway), Craigavon Balancing Lakes (Armagh) and the long-staying bird remained at New Hythe GPs (Kent). A female King Eider was in Clift Sound (Shetland) on 28th while the drake remained at Peterhead (Aberdeenshire) to at least the 26th. At least one drake Surf Scoter was still in the Sound of Taransay (Outer Hebrides) on 24th and the drake was still in Largo Bay (Fife) to at least 26th. A total of 12 Ring-necked Ducks included the two long-staying females still at Coatham Marsh (Cleveland). Green-winged Teal records had a distinct westerly bias with six birds in Ireland, two in England and just one in Scotland, while American Wigeon were seen at Belvide Reservoir (Staffordshire), Cross Lough (Mayo), Needingworth (Cambs), Barvas (Outer Hebrides) and Hayle Estuary (Cornwall). 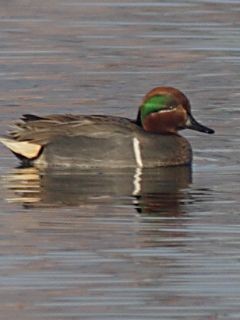 The hardy Great White Egret was still on South Uist (Outer Hebrides) to at least 27th, while in the south of England there were at least nine Cattle Egrets, seven at Piddinghoe (E. Sussex), and singles at Britford Water Meadows (Wiltshire) and Warblington (Hants). The four Common Cranes continued to feed near Chudleigh (Devon) during the day and roost at Exminster Marshes RSPB every evening. Nine Spoonbills remained in the southwest between the Scillies and Dorset, with a maximum of 3 at Isley Marsh RSPB (Devon) on the 25th. The regular Rough-legged Buzzards at Massingham Heath (Norfolk) and Haltham (Lincolnshire) were joined by another at Black Gutter Bottom (Hampshire) on the 27th-28th and fly-overs at Didcot (Oxon) on 27th and Portadown (Armagh) on the 1st. The reintroduced Great Bustard from Salisbury Plain was still at Bleadon Level (Somerset) to at least the 28th and in Cornwall the long-staying Long-billed Dowitcher remained on the Hayle Estuary throughout.

Eleven Laughing Gulls were reported during the week, five of which were in Ireland including both 1st-winter and 2nd-winter birds in Cork Harbour (Co. Cork) on the 28th. The 3rd-winter American Herring Gull remained at Nimmo's Pier (Co. Galway) and the probable 2nd-winter was at Sennen Cove (Cornwall) again on the 28th. Ring-billed Gull numbers increased dramatically this week, with at least 28 birds reported of which 21 were in Ireland including four at Tivoli Docks (Co. Cork) on the 28th. Iceland Gull numbers continued to fall with just 34 birds reported this week with a maximum of four in Stornoway Harbour (Outer Hebrides) on the 25th. There were 20 Glaucous Gulls between Orkney and Cornwall with a maximum of 3 at Peterhead (Aberdeenshire) on the 26th. A total of 12 Caspian Gulls were reported, all from the south and east of the country with the exception of a first-winter at Termoncarragh Loch (Mayo) on 26th. Single adult Kumlien's Gulls were at Sandbach Flashes (Cheshire) and Hoveringham GPs (Notts) with a first-winter at Gremista (Shetland) on 27th. The adult Forster's Tern remained at Nimmo's Pier (Co. Galway) throughout and the elusive first-winter bird put in a couple of appearances again at Pillmore Strand (Co. Cork). The only Little Auk reported was a single bird in the harbour at Peterhead (Aberdeenshire) on the 26th. 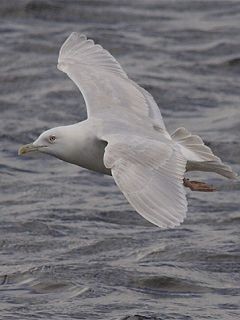 Arctic Redpolls remained at Letheringsett (Norfolk) and Rendlesham (Suffolk) during the week, as did the Hoopoe at Gosport (Hants). A Little Bunting was reported at Choseley Drying Barns (Norfolk) on 25th. There were a minimum of seven Great Grey Shrikes during the week including at least two in the New Forest (Hants). Up to six Shore Larks remain at Holkham Gap (Norfolk) and one was still at Minsmere RSPB on the 1st. A Lapland Bunting was an excellent inland find at Draycote Water (Warwickshire) on the 25th while 10 were at Frampton Marsh (Lincs) on the 27th, two at Arbroath also on the 27th and a single elusive bird at Choseley Drying Barns (Norfolk) on the 23rd and 26th. Waxwing numbers began to fall this week with maximum counts of 82 in Glasgow (Clyde) on the 23rd and 74 at Tranent (Lothian) on 26th. Further south there were still 44 in Pitsea (Essex) and 34 in Dublin, both on 23rd and two birds reached as far south as Greatstone-on-Sea (Kent) also on 23rd. A Sand Martin near Cambridge on the 1st was a sign of things to come over the next few weeks but must surely have felt a little out place in the subsequent arctic conditions! 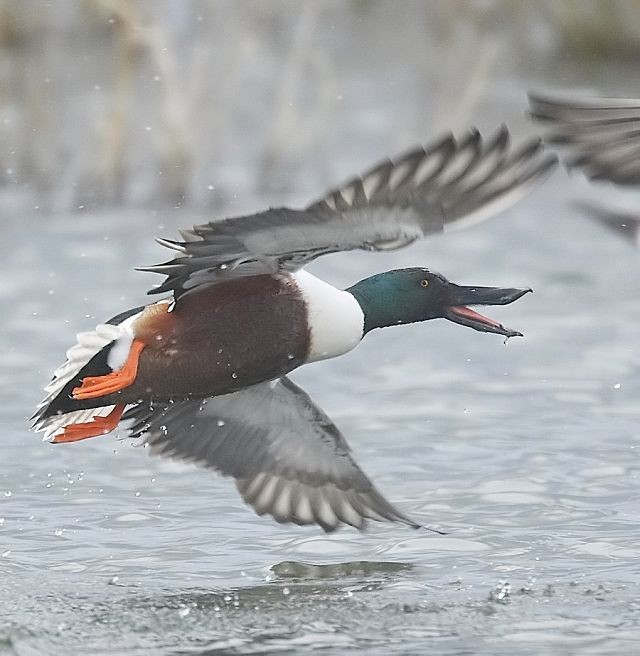