This week's big discovery — or at least big news, for it appears the bird was found some time earlier in the month — was a Masked Wagtail (Motacilla alba personata) in the small Pembrokeshire village of Camrose. This, a Central Asian form in the White Wagtail complex, represents a first for Britain and will no doubt be a big draw in the coming days and weeks should it stick, not just for the insurance tick (it seems realistic that it might be split at some point in the future) but because it's a rather attractive bird to boot. 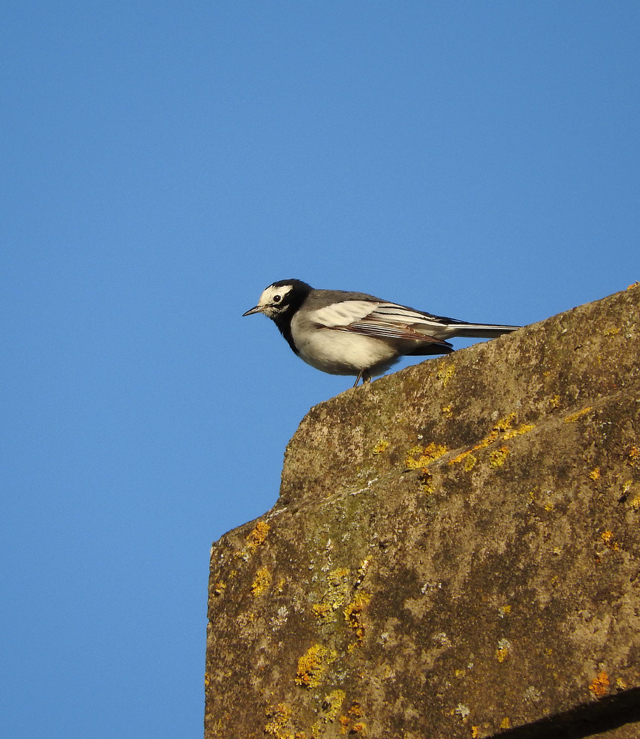 With no sign of the Forster's Tern in Suffolk or Essex early in the week, there was perhaps no great surprise when it turned up in Kent — albeit in south-east Kent — on 26th. Found late morning off Seabrook, between Folkestone and Hythe, it lingered there until mid-afternoon before disappearing once more. A good proportion of past Forster's have gone on to execute extended stays on our shores but this bird seems intent on heading south — now it's in the Channel there's just as much chance as it could head into French waters as linger somewhere on the south coast of England. 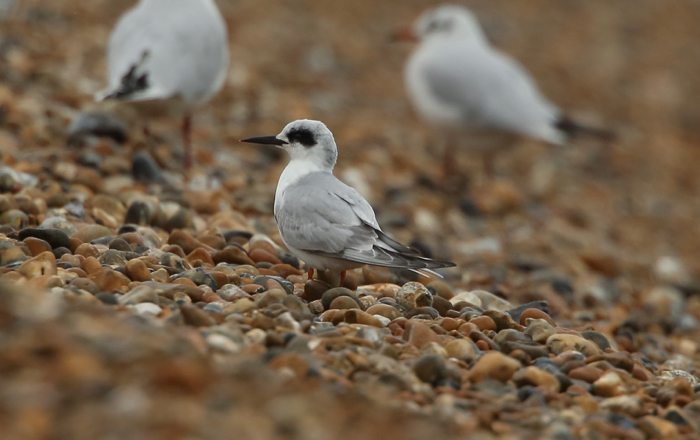 The rest of the the week's rarest birds were all familiar features that have been around for some time. The Eastern Black Redstart continues to defy this chilly November by lingering on at Skinningrove, Cleveland, while both the American Coot on North Uist and the Hudsonian Whimbrel in Cornwall were still in situ on 24th. The first of two surprises this week (thought it wasn't really all that much of a shock) was the reappearance of the Killdeer at Sandwick, Shetland, on 23rd; it was still there on 29th. Altogether more unexpected was news of the continued presence of the Isabelline Wheatear at Burnham Overy Dunes, Norfolk, on 29th — over two weeks since it was reported last. 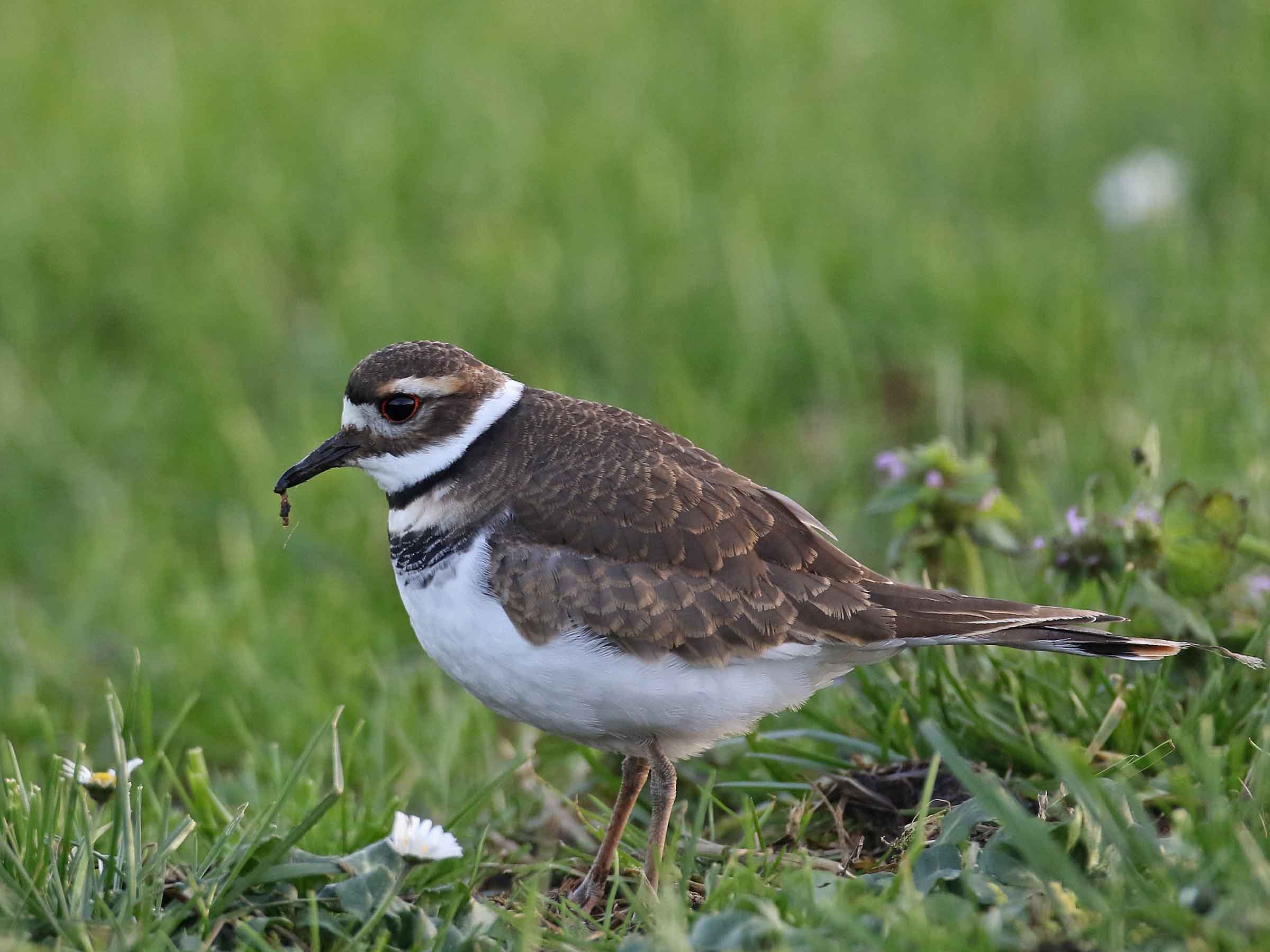 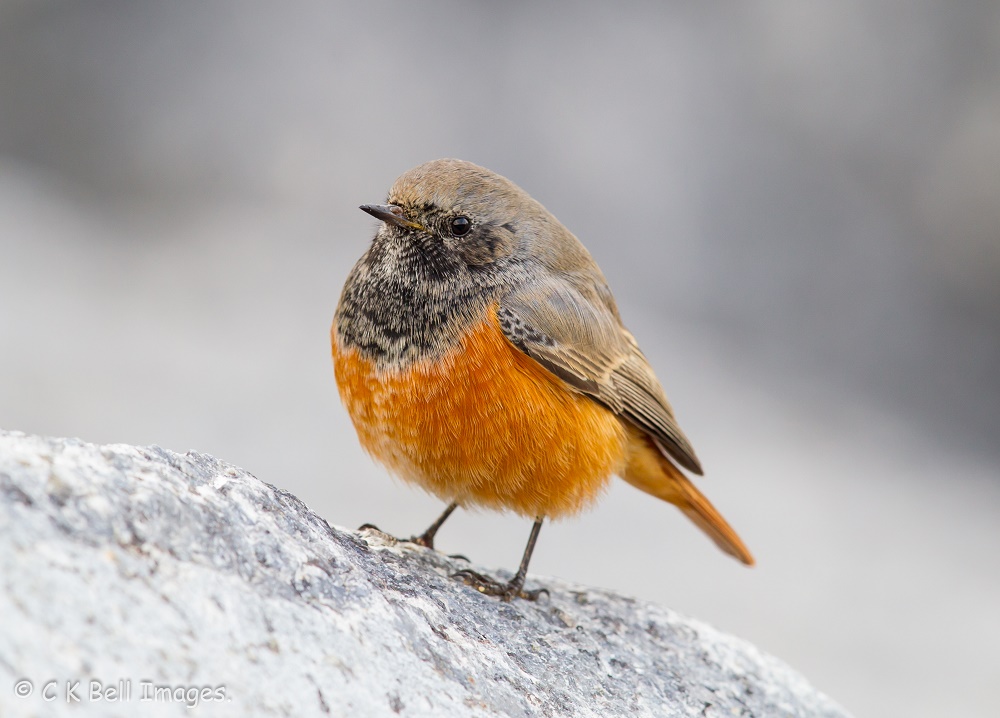 The drake Hooded Merganser revisited Lochwinnoch, Clyde, on 23rd before returning to Kilbirnie Loch, Ayrshire, again from 24th. A drake Lesser Scaup took up residence at Loch of Boardhouse, Orkney, from 26th, while at least nine Ring-necked Ducks included new birds in Co Wexford, Dumfries & Galloway and Cambridgeshire, the latter — at Paxton Pits — representing just the second female ever seen in the county. Ferruginous Ducks included the enigma that is the drake at Washington WWT, back there again from 24th with just about everyone still clueless as to its origins. A female was at Theale Gravel Pits, Berks, briefly on 26th before relocating to Moatlands Gravel Pits on 29th; the Blashford Lakes drake was still around to at least 25th. 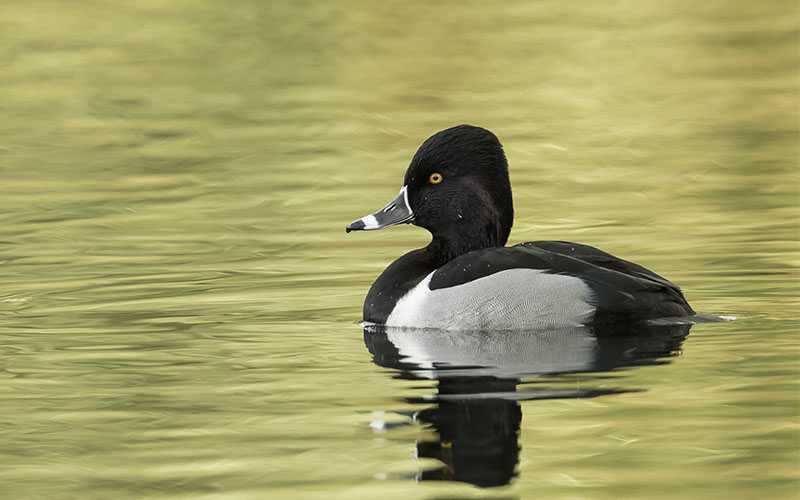 Nine American Wigeon included a new drake at Ynyslas, Ceredigion, from 23rd and a couple each in Highland and Orkney, plus regular birds in the likes of Cornwall and Northumberland. Green-winged Teal numbered one fewer at eight, including a new male discovered at Shropshire's Venus Pool on 24th. The reliable drake Surf Scoter continued off Musselburgh, Lothian, and a second was off Murvagh, Co Donegal, while a third report off Dunwich, Suffolk, on 27th remained unsubstantiated. Meanwhile five White-billed Divers continued off the coast of Papa Westray, Orkney. 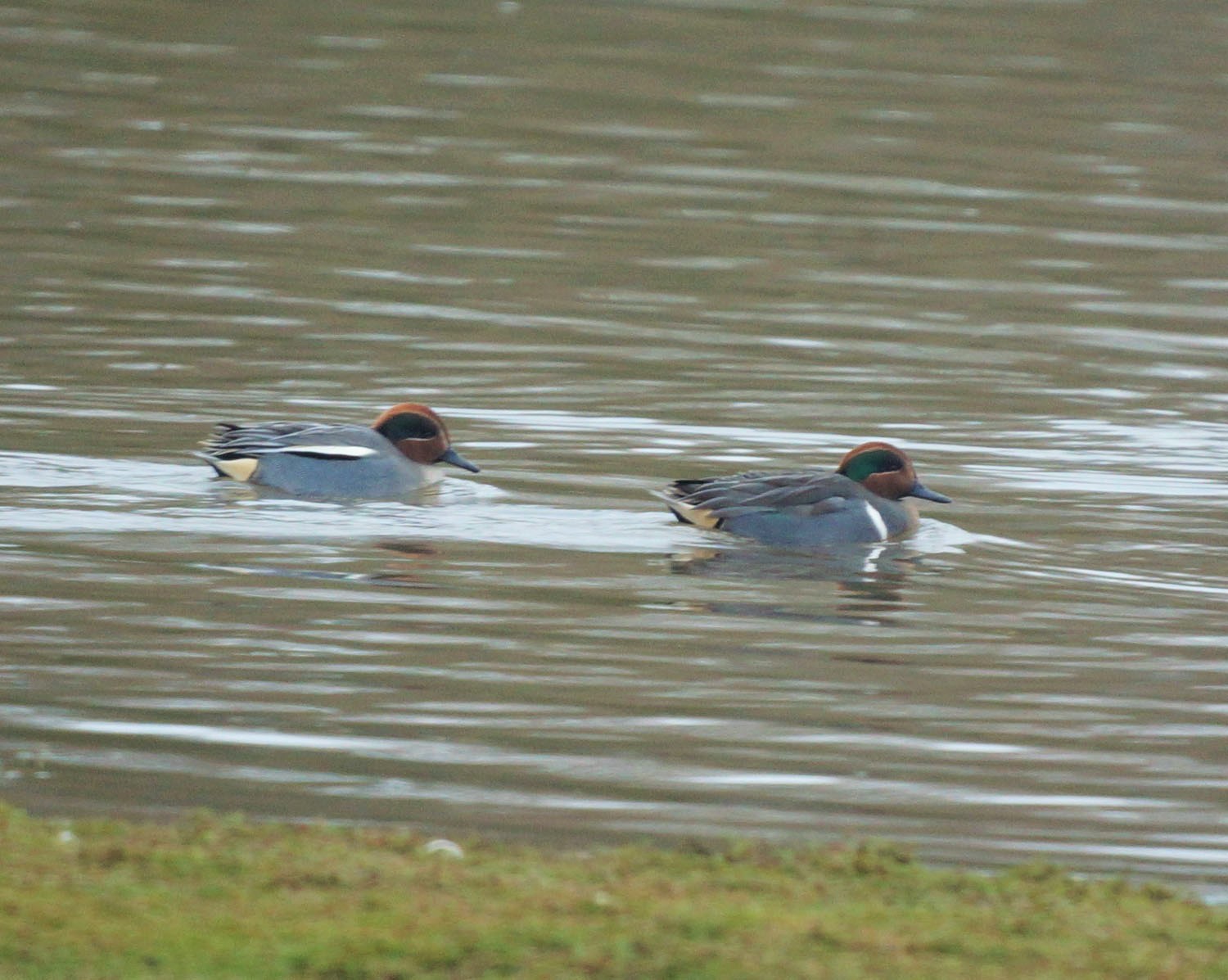 The Todd's Canada Goose continued around Docking, Norfolk, this week and a second bird was unearthed among the Barnacle Geese in Dumfries & Galloway on 28th — firstly at Mainsriddle before relocating to nearby Mersehead. A third continued at Wexford Wildfowl Reserve, while an unassigned 'large' Canada goose was seen at Portgordon, Moray/Nairn, on 23rd. A Snow Goose flew over Powfoulis, Forth, with Pink-feet on 26th, and Black Brants were logged at seven sites, including two at Easington, E Yorks, on 25th.

The Pallid Harrier continues to be reported from Welwick Saltmarsh, E Yorks, occasionally while another, present at Needs Ore Point in early November, was reported belatedly this week. Each of the week's three Rough-legged Buzzard reports came from Norfolk. 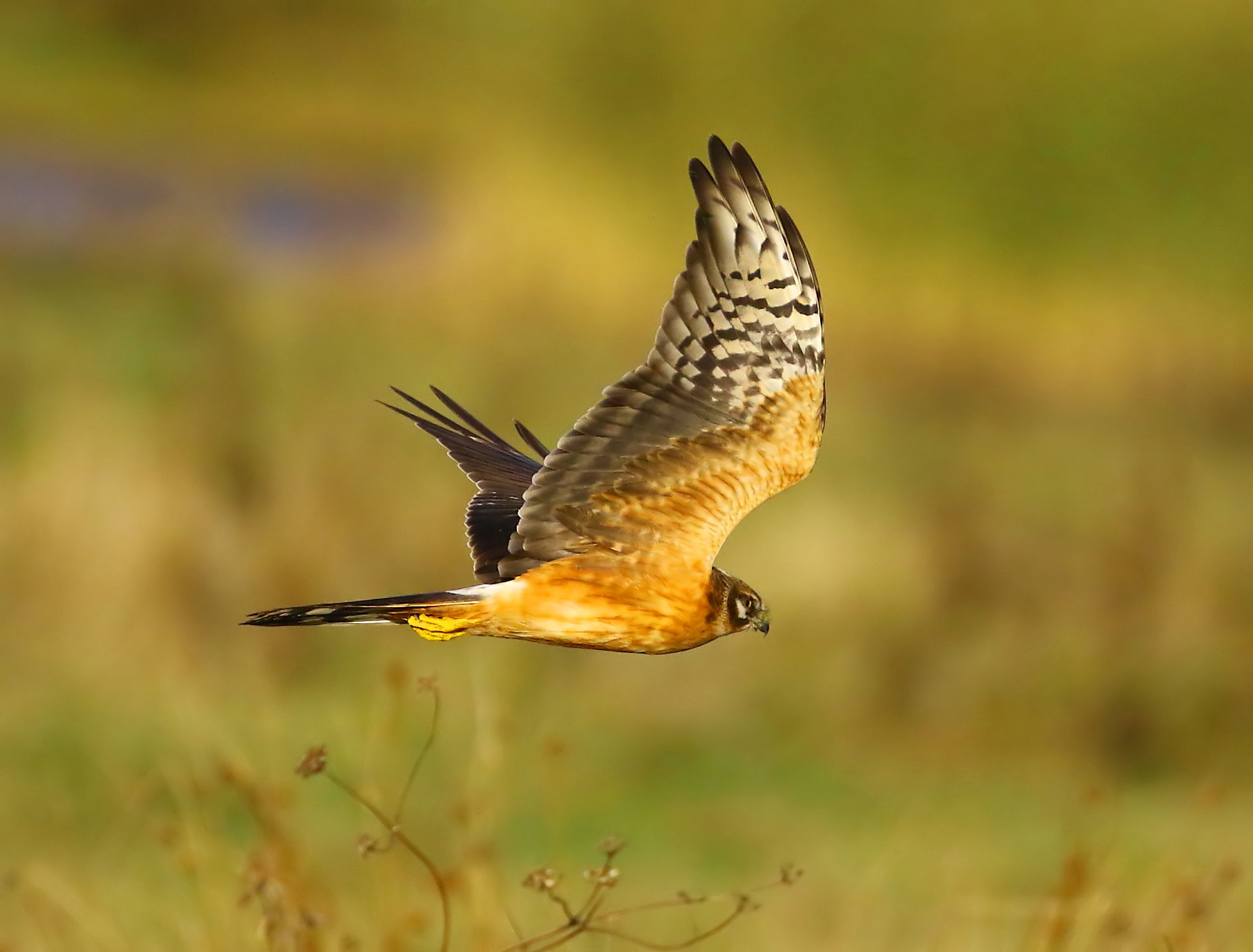 Just the four Glossy Ibises were noted this week, though the quartet did feature a new bird at Letham Pools, Fife, on 25th — others were still in Essex, Cambridgeshire and Leicestershire. Cattle Egret numbers remain healthy, with birds again reported from 18 sites including an increase to six at Tacumshin, Co Wexford, on 25th and other counts of four and five from elsewhere. Mildly surprising this week was the arrival of two Night Herons on 24th — a juvenile on Sanday, Orkney, and another near Staveley, N Yorks. After its wander last week the Dalmatian Pelican was back at Restronguet Creek, Cornwall, on 22nd. 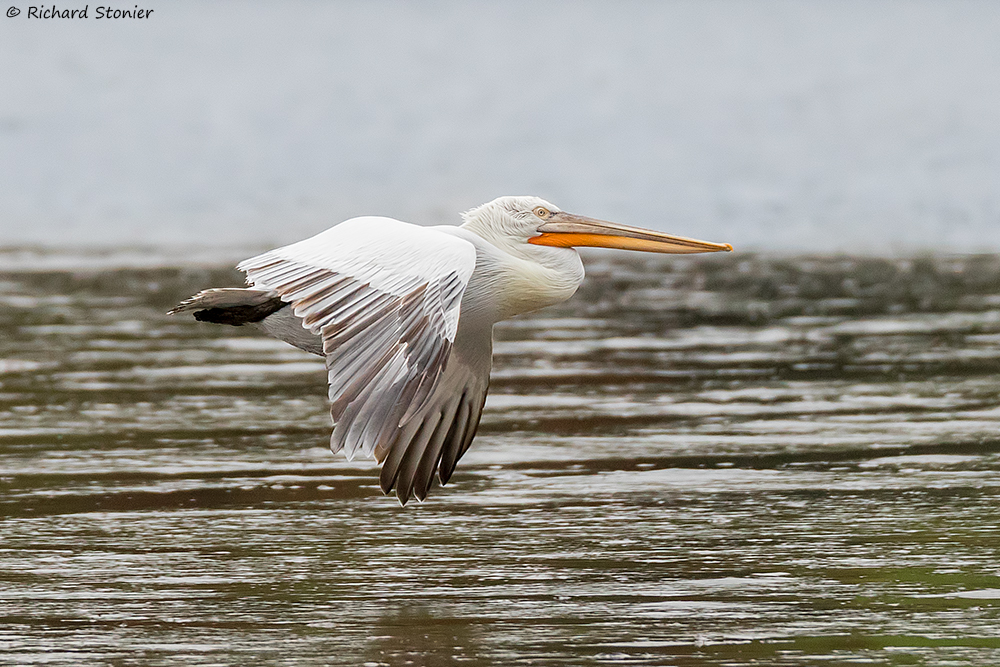 After nearly a month without news we learnt that the adult Bonaparte's Gull was still at Quilty, Co Clare, on 27th and of course the Devon bird was still at Dawlish Warren to at least 24th. Just three Ring-billed Gulls were seen including a new second-winter at Chelmarsh Reservoir, Shropshire, on 29th. The other two involved remaining birds in Co Clare and Hampshire, the latter still seen regularly at Blashford Lakes during the afternoons. A candidate third-winter Azores Gull was seen off Wembury Point, Devon, on 23rd. Iceland Gull numbers failed to climb out of single figures (though an early juvenile was seen as far south as Beddington Farmlands, London, on 24th) and the Glaucous Gull total was barely any more impressive. Over in Galway Bay the usual Forster's Tern was seen at Mutton Island on 26–27th.

The Long-billed Dowitcher was back at Oare Marshes, Kent, from 24–26th, while Co Wexford's bird remained at Tacumshin alongside the adult Semipalmated Sandpiper. The Lesser Yellowlegs hung on at Lytchett Fields, Dorset, for another week, and an American Golden Plover flew over Polgigga, Cornwall, on 25th. 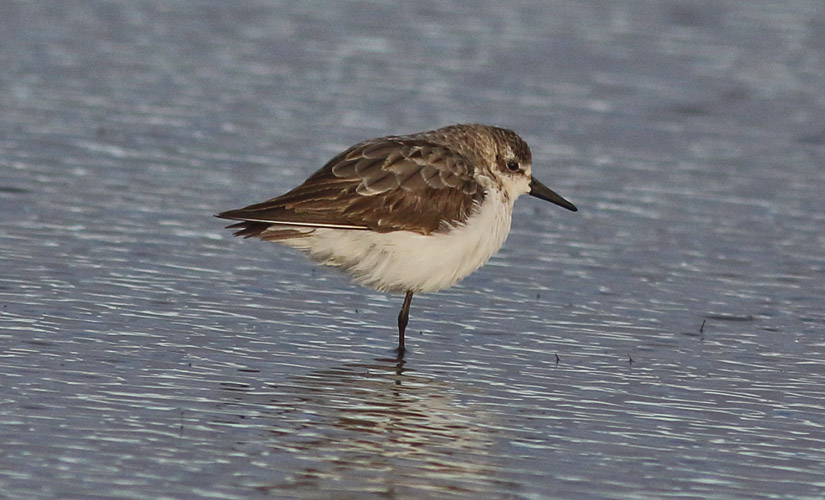 The report rate of Waxwings stayed on a par with last week, with the truly massive numbers still restricted to the north of Scotland — in Morayshire, for example, 500 were in Elgin on 23rd and a whopping 600 in Forres on 24th. Further south, high counts included 150+ in Hexham, Northumberland, on 28th. 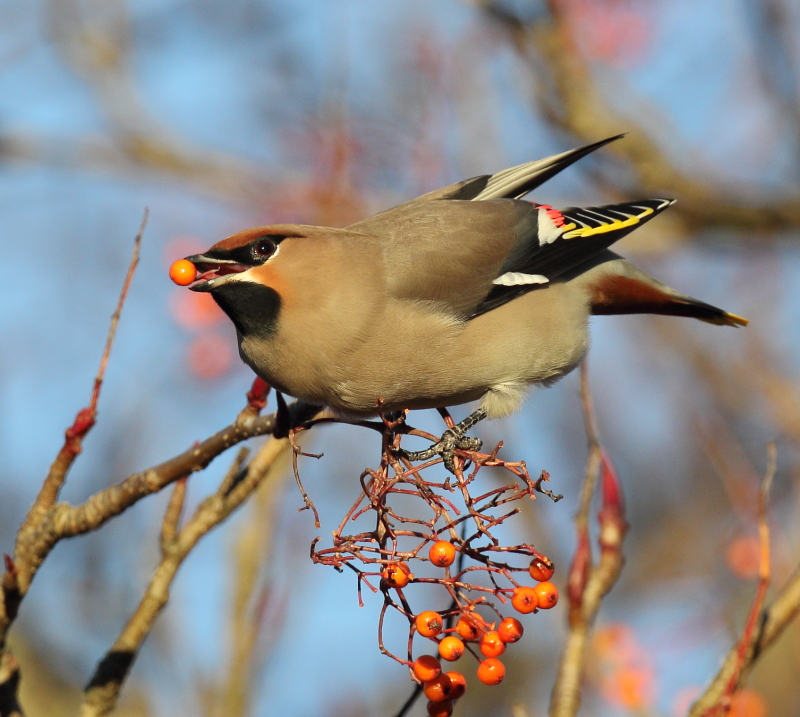 Eleven sites noted Shore Larks this week, with a peak count of 34 at Holkham Gap, Norfolk, on 29th, followed by 30 at John Muir Country Park, Lothian, on 23rd. Last week's bird in Herefordshire had unfortunately departed by 23rd.

Though last week's bird in Lancashire had moved on, the arrival of another male Desert Wheatear at Cooden, E Sussex, on 28th ensured two remained on offer in Britain — last week's bird at Thurlestone, Devon, was present throughout. A female Northern Wheatear was as far north as Islay, Argyll, to 28th. Though still present on 26th, negative news followed of the Needham Market Black-bellied Dipper on 28th — perhaps it's decided a change of scenery is necessary. 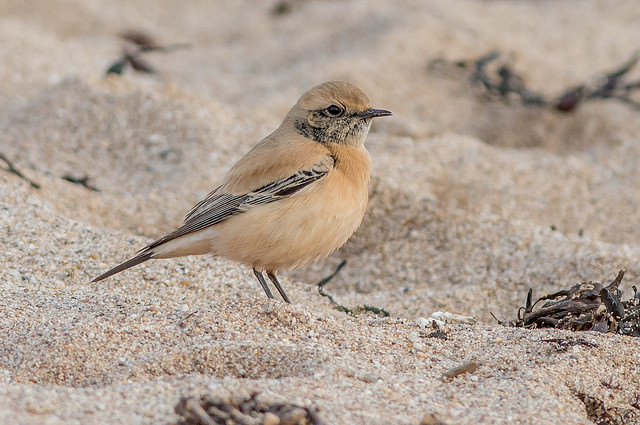 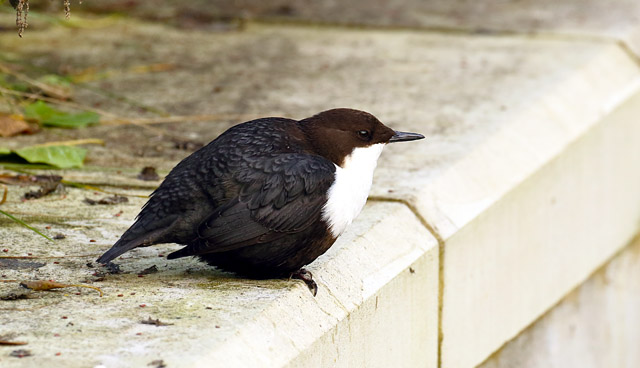 The Rose-coloured Starling first reported in Crawley, W Sussex, on 27th had apparently already been present a few weeks — given its choice of location and the late date it seems entirely feasible that it may try to overwinter. Richard's Pipits were in East Sussex, Kent and Cleveland. In Norfolk a Coues's Arctic Redpoll spent 24–26th parading around fields near Salthouse beach car park. Great Grey Shrikes were noted at 20 sites. 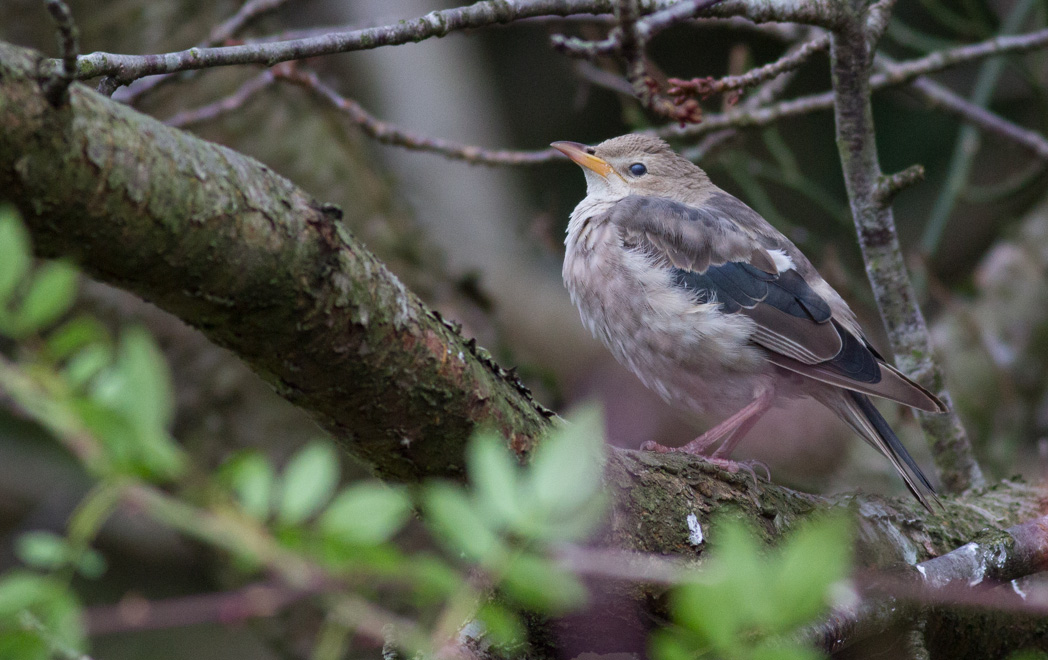 A Pallas's Warbler was in Hartlepool, Cleveland, on 25th. Three Dusky Warblers included the bird from mid-November still at Nanjizal, Cornwall, on 23rd and new birds trapped and ringed at Seaton, Devon, on 22nd (but not identified until 24th) and Holme NOA, Norfolk, on 23rd. Yellow-browed Warblers were noted at 16 sites, and late news concerned a Barred Warbler at Rhos-on-Sea, Conwy, on 24th for its fifth day.

A considerably quieter week around the region was enlivened by precious few new discoveries, though a candidate Soft-plumaged Petrel off Eilat on 27th had Israeli birders excited. Extraordinarily the adult Glaucous Gull seen at a landfill on the outskirts of Minsk on 27th represents a first for Belarus, while the Rustic Bunting at Paphos, Cyprus, on 24th also represents a potential national first.

A Forster's Tern was at Oleiros, Galicia, Spain, on 23–24th, and a male Pine Bunting among Yellowhammers at Wolfheze, Netherlands, on 28th was a reminder that British birders should be out searching their local bunting flocks for this Siberian vagrant. Unfortunately a young drake Falcated Duck in the country at Wageningen turned out to be a ringed escape.

Long-stayers included the Red-necked Stint still in Skåne, Sweden, all week and the Siberian Accentor still at Hirtshals, Denmark, to 28th as well as two further Sibe Accs still in Turku, Finland. 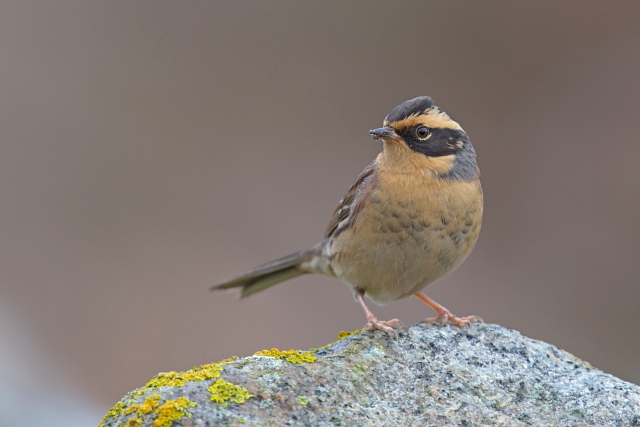