A juvenile Little Swift on the Wirral was the highlight of an otherwise typically quiet late-June week. The bird was found in New Brighton on Friday 22nd and was present to 27th at least. It performed wonderfully at times in front of the masses assembled along the promenade, and has popped up in various parts of the town and even made an excursion to the Liverpool side of the Mersey on 23rd. Also generating interest were further belated reports of a Black-browed Albatross, presumably referring to the same bird, on various dates from 17th to 22nd and from various offshore locations between Portland Bill and the Channel Islands. The only other "mega" of the week was the lingering first-summer drake Black Scoter off Burghead and Murcar (Aberdeenshire) between 24th and 27th at least. 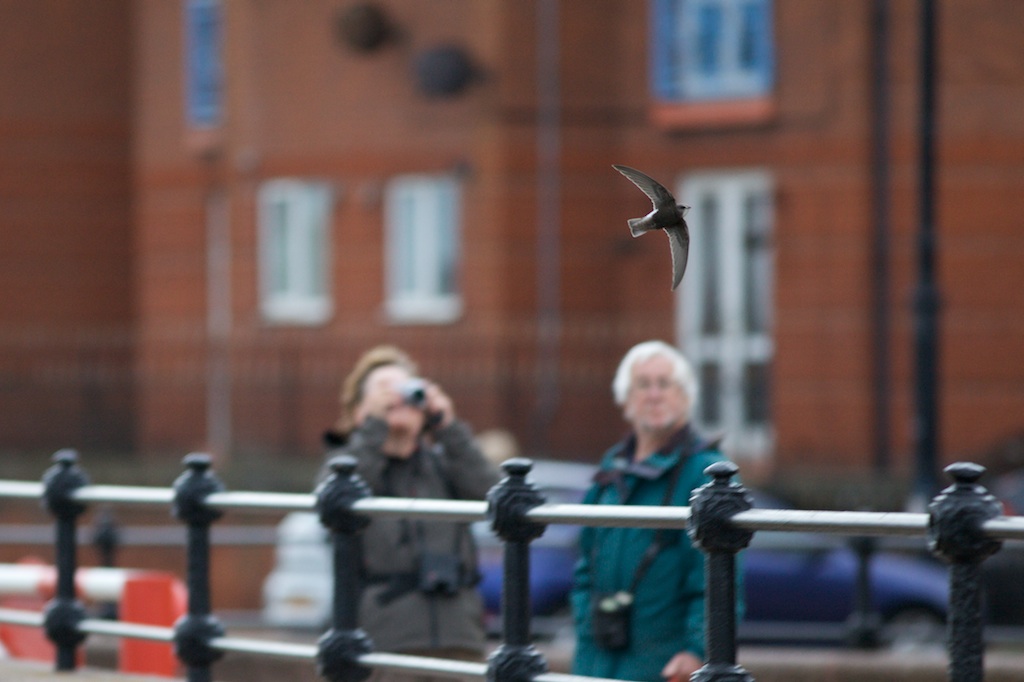 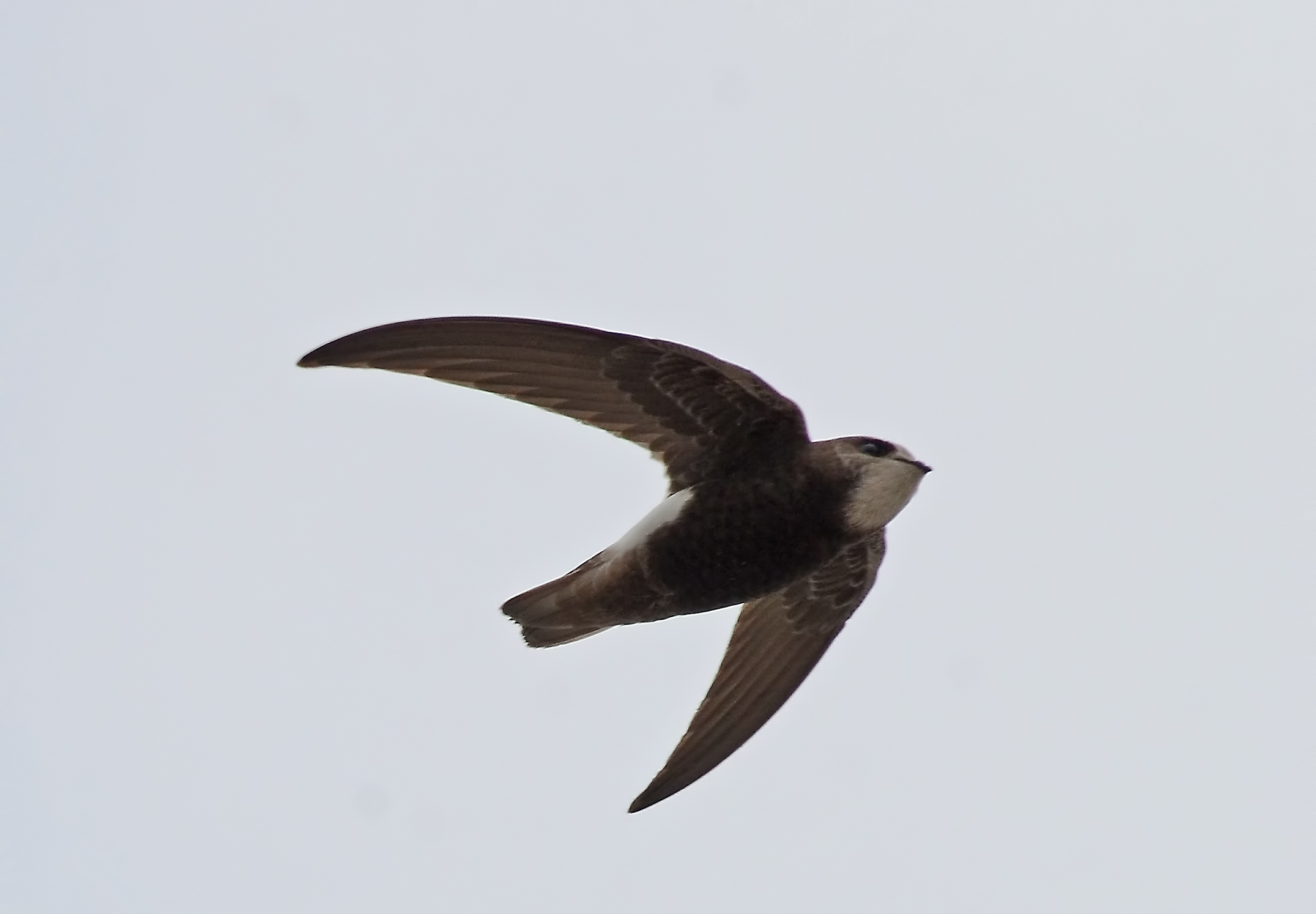 The same Murcar/Burghead area, a magnet for rare seaducks, was also graced by at least one remaining drake Surf Scoter on 23rd and by the adult King Eider on 24th. Nearby, the American Wigeon remained at Loch of Strathbeg to 26th at least and, a little further north, a borealis Northern Eider was with Common Eider in the Dornoch Firth on 27th. The only rare duck away from the northeastern coasts of Scotland was a possible Lesser Scaup at Attenborough NR (Notts) in the company of two Greater Scaup on 26th. 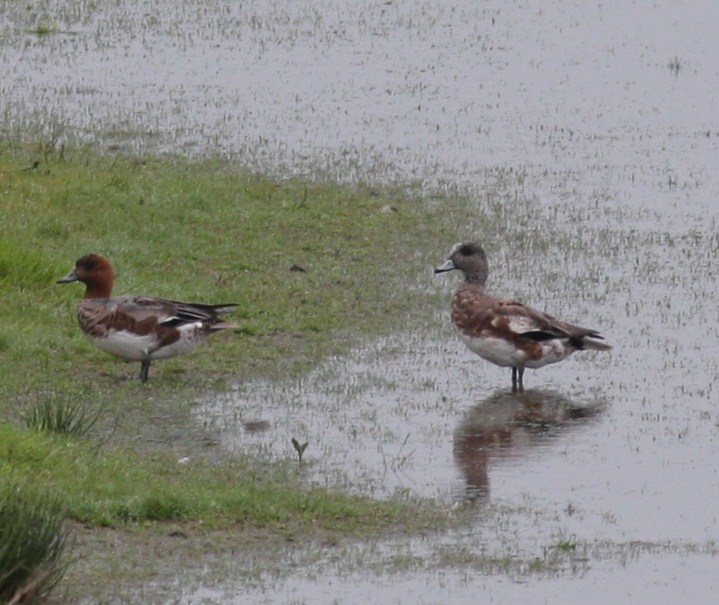 Seawatchers had a thin time of it with the only notable reports being a Long-tailed Skua and six Sooty Shearwaters off Ballycotton (Cork) on 23rd and a Sabine's Gull off Workington (Cumbria) on 23rd. However, a near-adult Gannet inland at Walthamstow Reservoirs (London) on 23rd and 24th was a surprise. A 1st-summer Ring-billed Gull was on a beach south of West Kilbride (Ayrshire) on 25th. 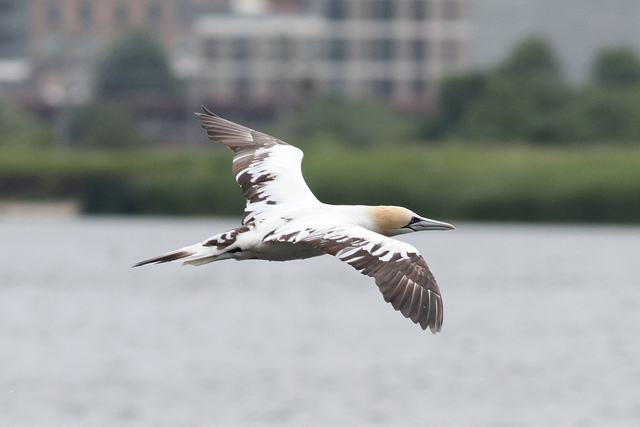 The Hampshire Night Heron was last seen at Pennington Marshes on 21st, but another (or the same) was reported briefly and belatedly on Holy Island (Northumberland) on 25th. Also belatedly reported was a Squacco Heron at Sleaford (East Sussex) on the morning of 21st, not relocated once it came to wider public attention on 22nd. A Black Stork flew over the Sheep's Head peninsula near Glanroon (Cork) on 26th. The three White Storks continued to tour West Sussex; another was noted soaring over Whitmoor Common (Surrey) on 27th. 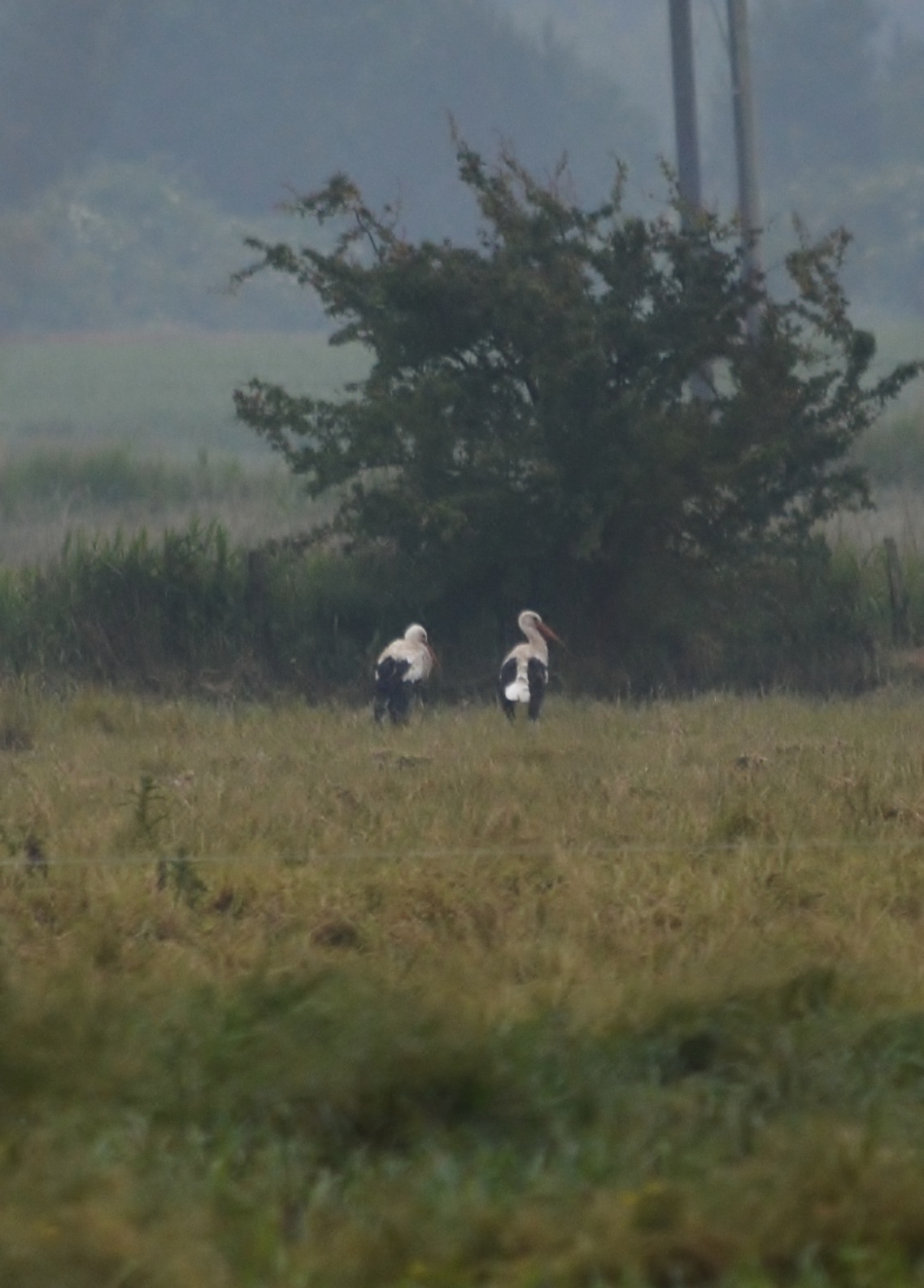 Long-staying Glossy Ibis remained at Pagham Harbour (W Sussex) to 23rd, at Minsmere (Suffolk) to 26th and on Marloes Mere (Pembrokeshire) to 27th at least. New in was a bird at Cahore (Wexford) on the afternoon of 24th, the same bird presumably accounting for a record at Tacumshin some 30 miles away the following evening.

The only confirmed Black Kites were confined to Shetland, with reports from Fetlar, Hermaness and Valla Field (Unst), and North Roe (mainland). Both the non-Shetland reports came in on 23rd, from Stonehenge (Wilts) and over the A1 at Buckden (Cambs) the same day. A first-summer male Red-footed Falcon was at Aghagallon (Antrim) on 26th and 27th; "possibles" were also at Ballater (Aberdeenshire) on 23rd and Springfield Farm Quarry (Bucks) on 24th. 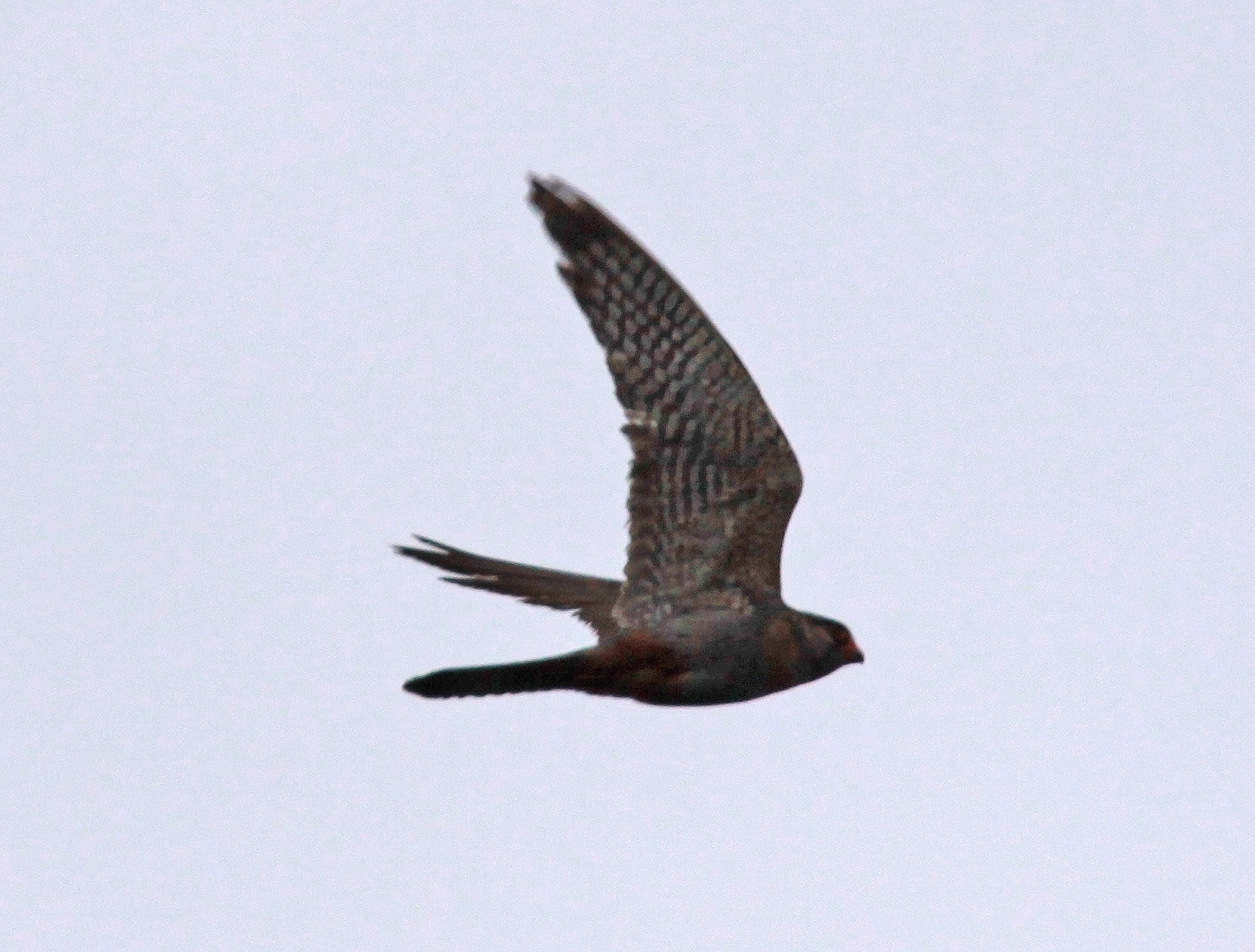 Oxfordshire's lonely Corncrake continued to serenade the reedbeds of Otmoor fruitlessly to 25th at least; a Spotted Crake at Wicken Fen (Cambs) on 25th and 26th might have more luck. A Pacific Golden Plover showed well at times on the North Scrape at Cley (Norfolk) from 22nd to 27th. A Spotted Sandpiper was a great find by a permit-holder at Hilfield Park Reservoir (Herts) on 24th but it did not linger and could not be seen from any public viewpoint. This represents the fifth record for the London area (and the second for HPR following a bird there in September 1956). A female Red-necked Phalarope had been at Coombe Hill Meadows (Glos) for five days before it came to our attention on 24th; it was still present on 26th. The striking summer-plumaged female Grey Phalarope at St John's Loch, last week's "Bird of the Week", was not seen after 24th. 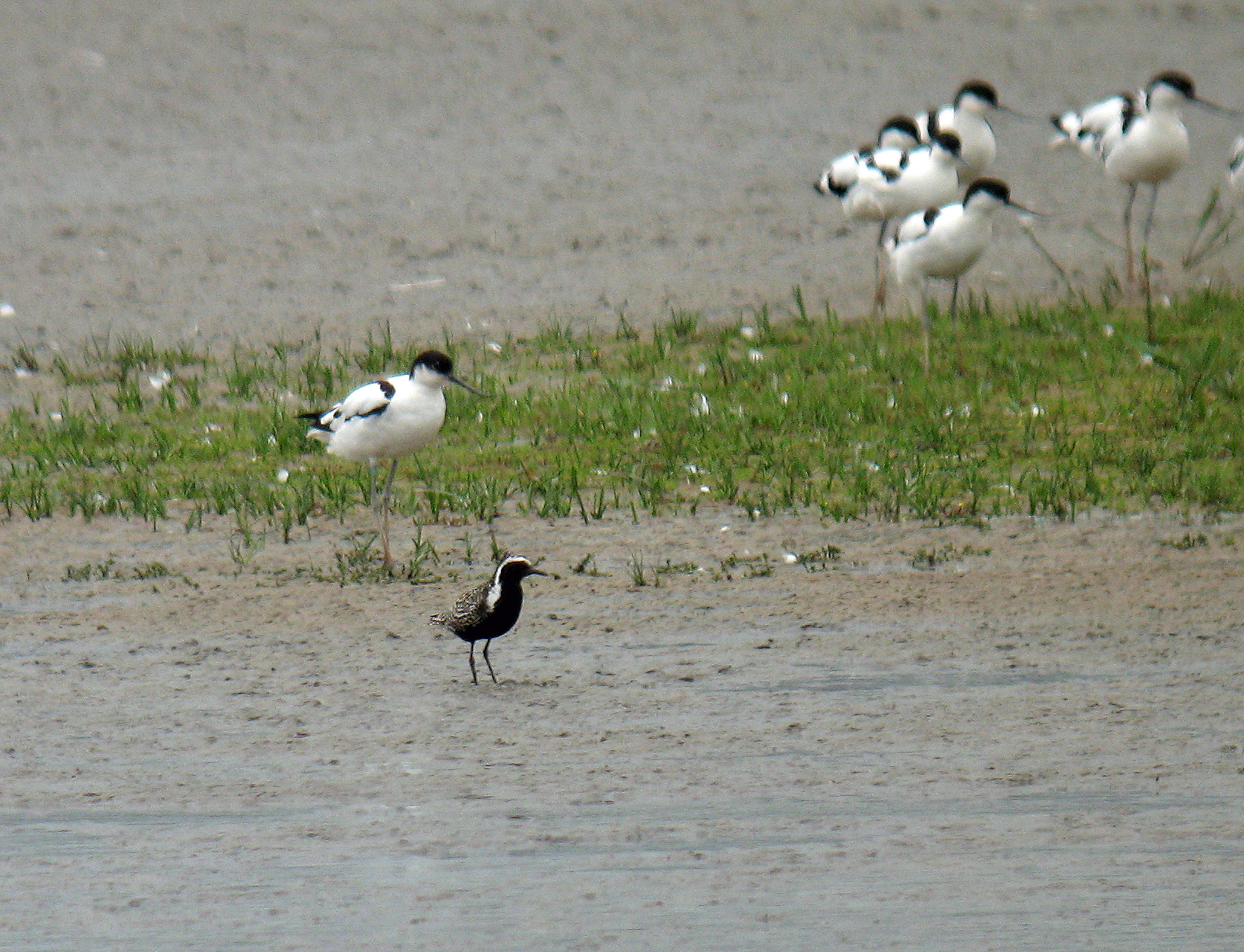 The Cotswold Water Park on the Gloucestershire/Wiltshire border has a reputation for turning up rare terns; an adult White-winged Black Tern arrived on Pit 74 in the Wiltshire sector on 27th. Other individuals were at Leighton Moss (Lancs) on 23rd, at Staines Reservoirs (Surrey) and at Grove Ferry (Kent), both brief stayers and both on 25th. A Gull-billed Tern on the Loughor estuary in Glamorgan was more co-operative, lingering from 24th to 27th at least, and visiting the National Wetlands Centre on a number of occasions. 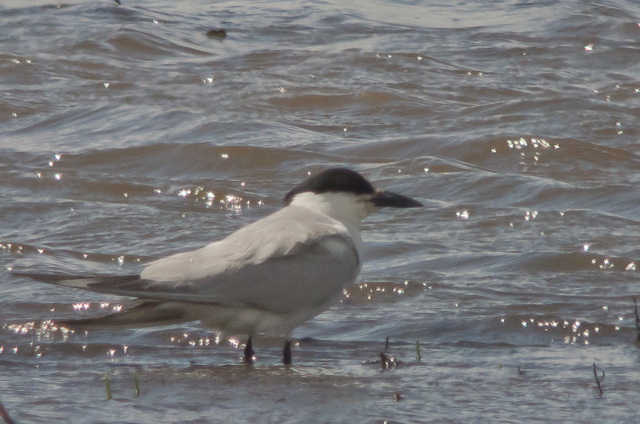 Bee-eaters were reported from Chivelstone near Prawle (Dorset) on 22nd and from Firle Beacon (E Sussex) on 23rd. A Short-toed Lark was at The Cull (Wexford) on 23rd and 24th but proved elusive and has not been reported since.

Red-backed Shrikes popped up at Spurn (E Yorks), Lebberston (N Yorks), East Chevington (Northumberland) and Skaw, Whalsay (Shetland). None of last week's Woodchat Shrikes stayed on into this week, but a new bird, an adult male, was found near Sneatonthorpe (N Yorks) on 26th — it appears not to have lingered. 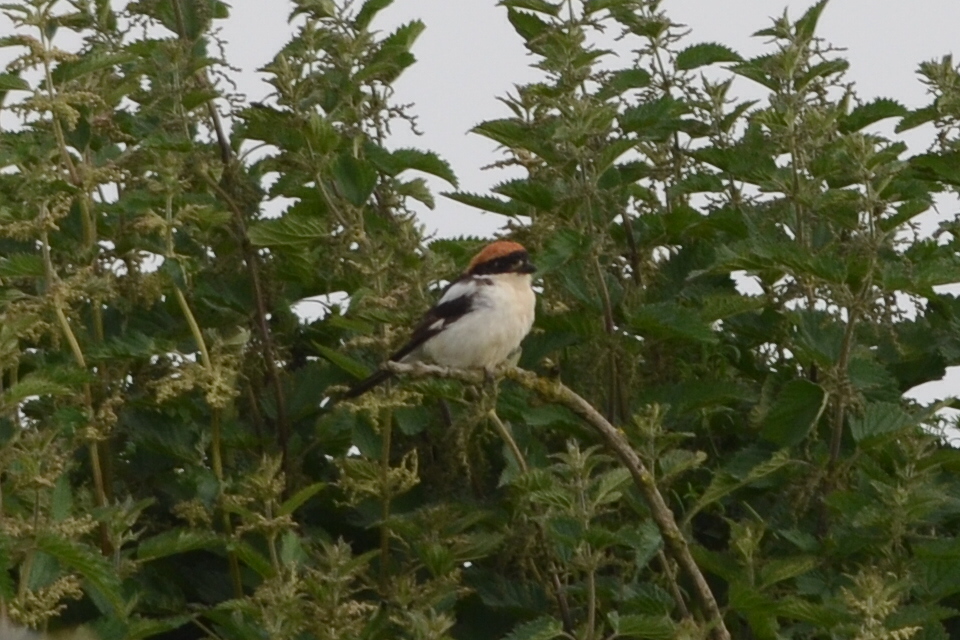 Turning to warblers, a River Warbler was in the Observatory garden on Fair Isle from 24th to 26th. Exactly one third of the 39 accepted reports of this species up to the end of 2010 have come from Fair Isle. Singing Savi's Warblers were at Topsham (Devon) from 21st to 23rd and at Tacumshin (Wexford) from 25th to date. Marsh Warblers were limited to the Northern Isles, apart from a probable singing at Loch Nahinie (Ayrshire) on 21st and 22nd. An Icterine Warbler showed well at Sumburgh (Shetland) from 23rd to 27th and another was on the Farne Islands (Northumberland) on 25th. Both last week's west-country Iberian Chiffchaffs continued to sing this week, the Kenidjack (Cornwall) bird to 21st and the Porlock (Somerset) bird to 27th. 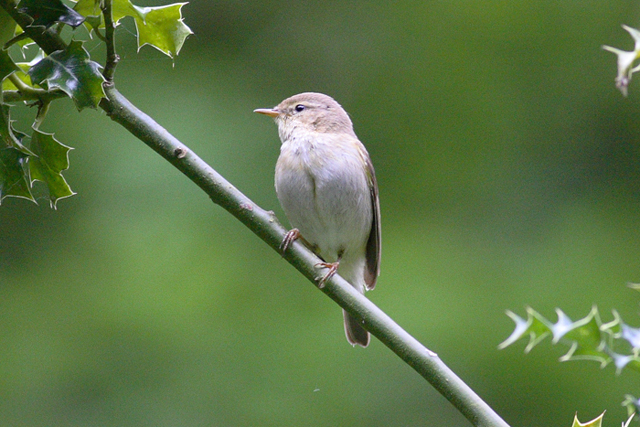 A Black-headed Bunting of unknown origin was photographed in private gardens in Carmarthenshire on 17th, 18th and 24th, but has not been seen since. Serins were at Landguard (Suffolk) and Portland (Dorset) during the week. Rose-coloured Starlings were reported from Anglesey, Conwy, Cork, Norfolk (a remarkable 3 adults reported on 21st, but not seen subsequently) and Wicklow, but the only bird available to the masses was an adult at Frampton Marsh from 21st to 25th, and even that was elusive at times. Last but not least, a male Golden Oriole was at Ibornden Park near Biddenden in Kent on 23rd and another male was reported singing near Burton Mere RSPB (Cheshire) on 24th. 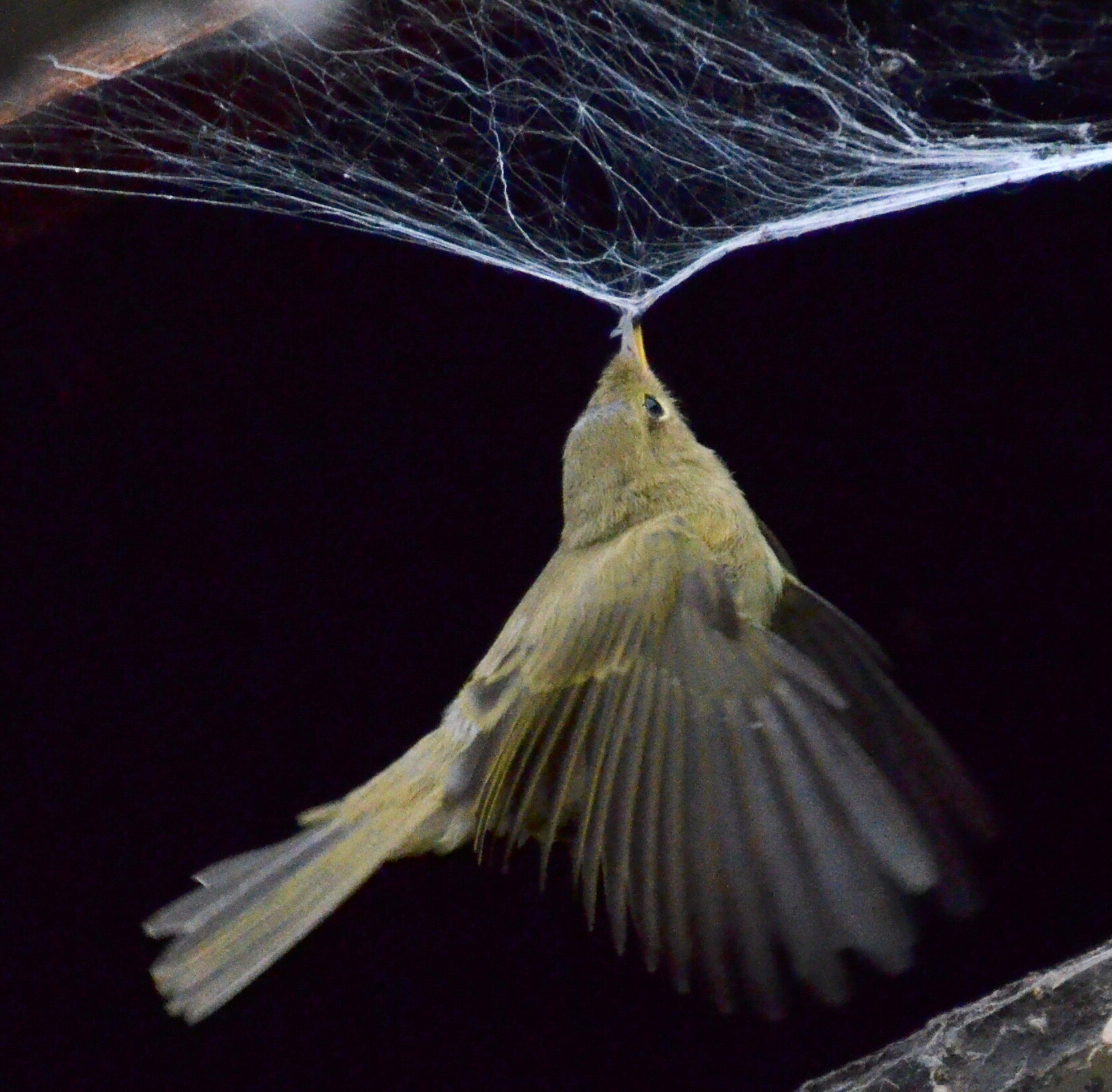 Norfolk-based bird photographer Matt Crosby has shared with us almost 300 images of his local birdlife. This week, his handling of an unusual opportunity has finally rewarded him with his first Photo of the Week. From time to time, all bird photographers find themselves in a situation where they see a bird doing something interesting, but where the chances of capturing the scene are so remote that they have to content themselves with just sharing the moment with their temporary avian companion. An unexpected visit from a Chiffchaff to his barn workshop to feed on insects around the rafters must have felt like one of those moments to Matt but, to his credit, he decided to have a go anyway. Setting his camera to a high ISO setting to counter the low light levels, Matt perfectly timed the action as the warbler — in flight — delicately plucked a fly from a spider's web. The background shadows emphasise the subject and the tension in the web conveys millisecond precision in the timing of this against-all-odds shot. 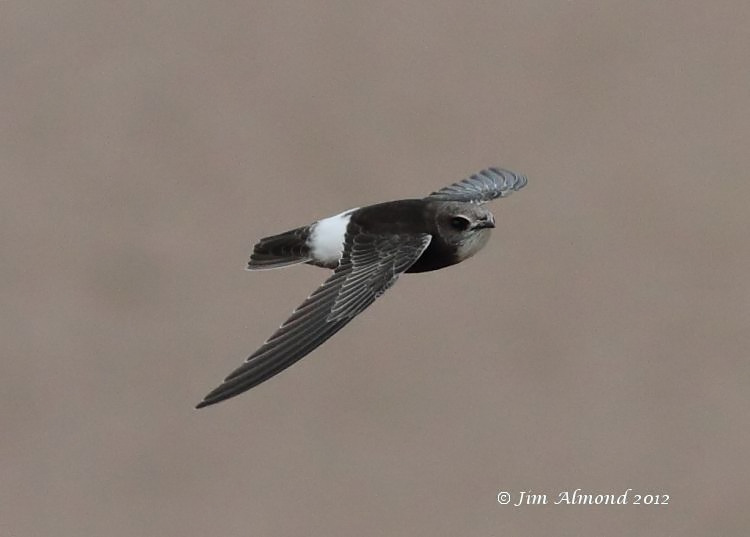 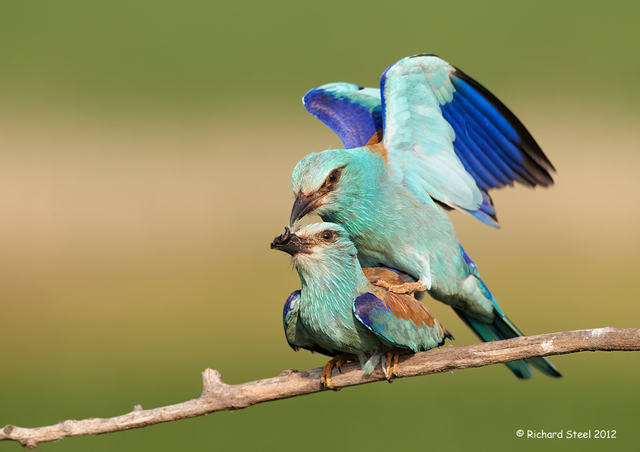 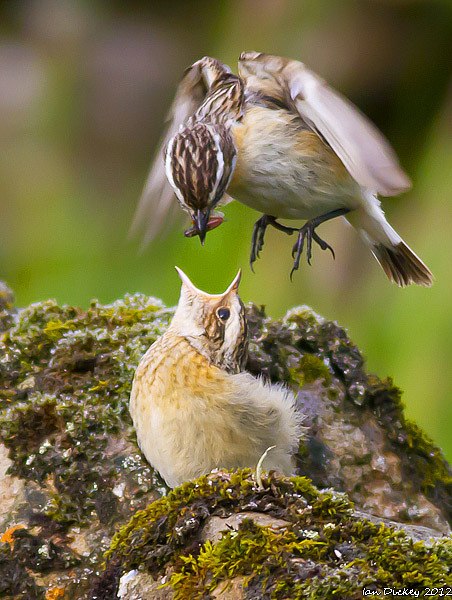 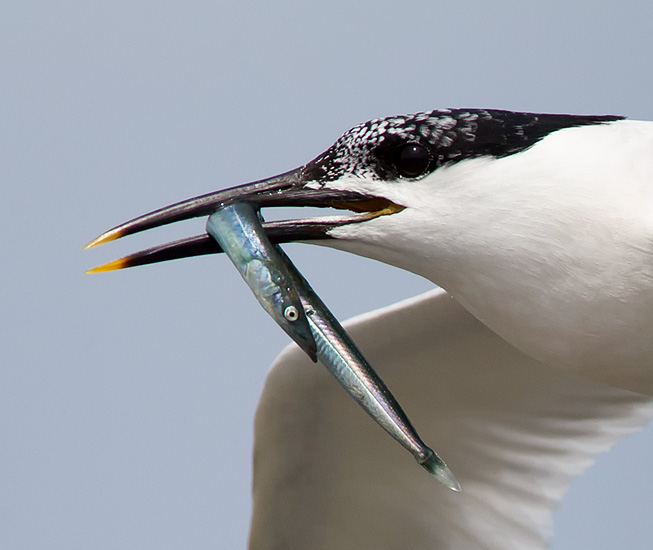 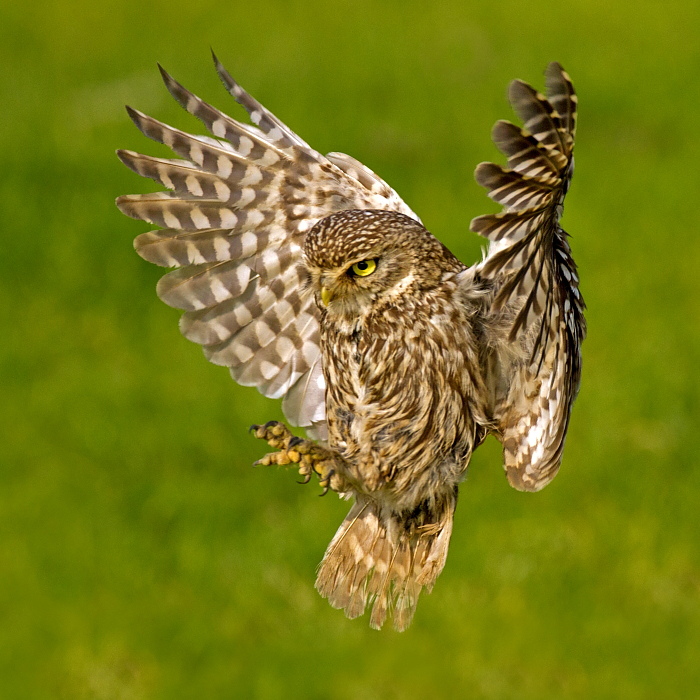 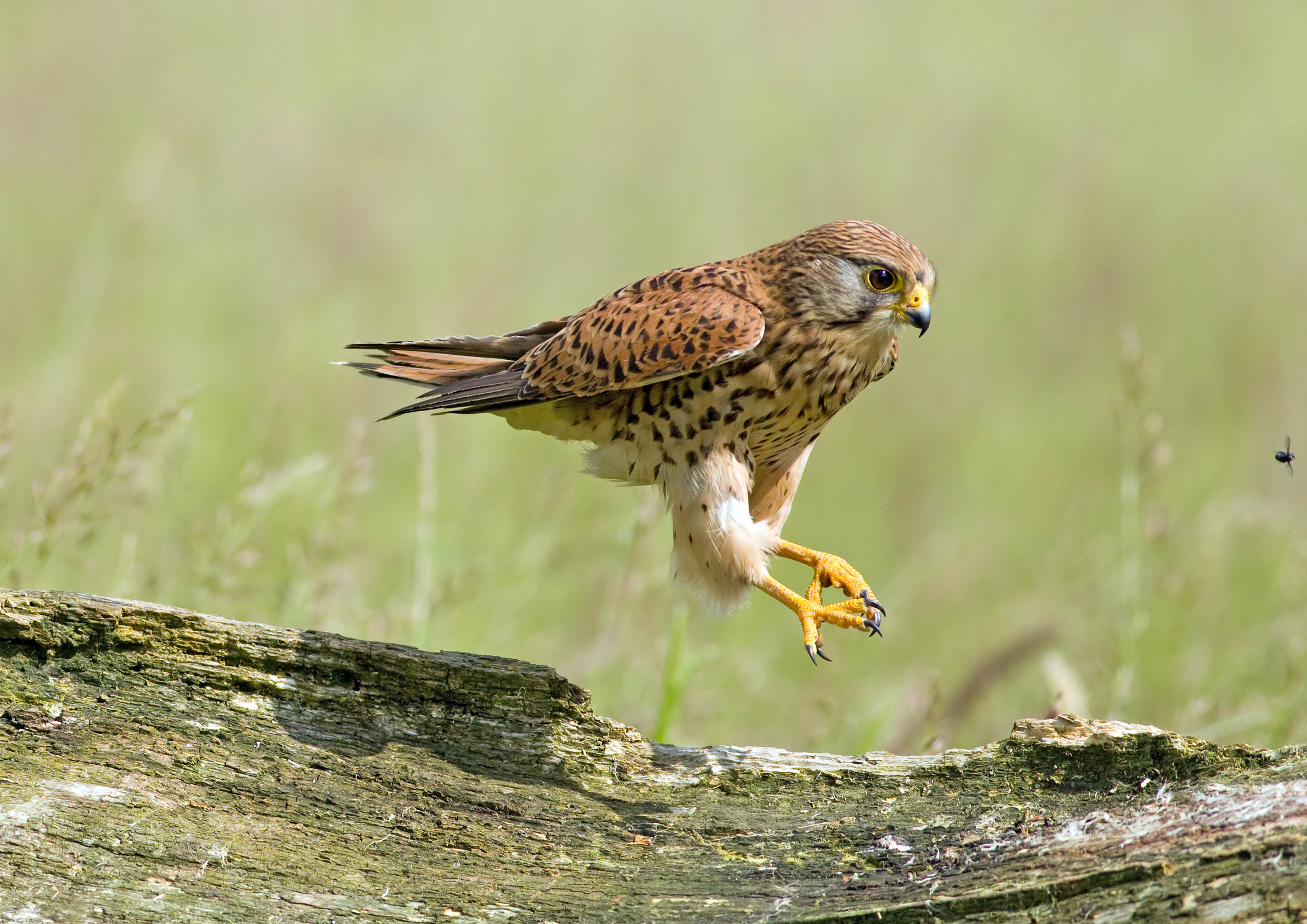 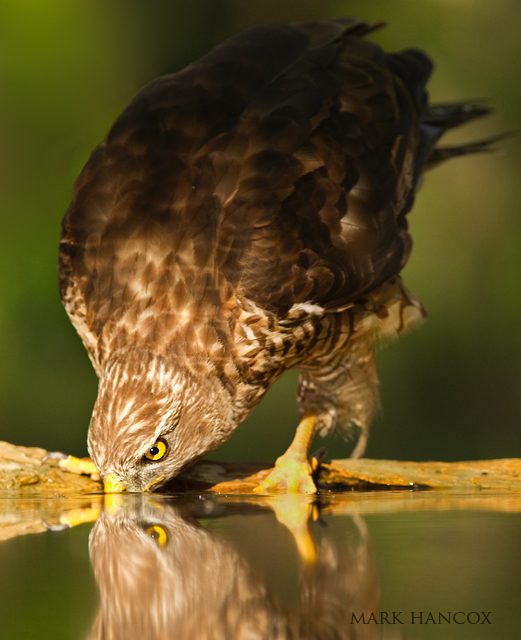 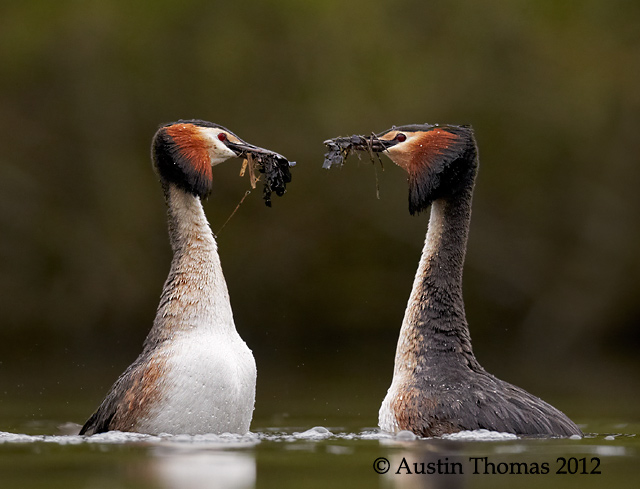 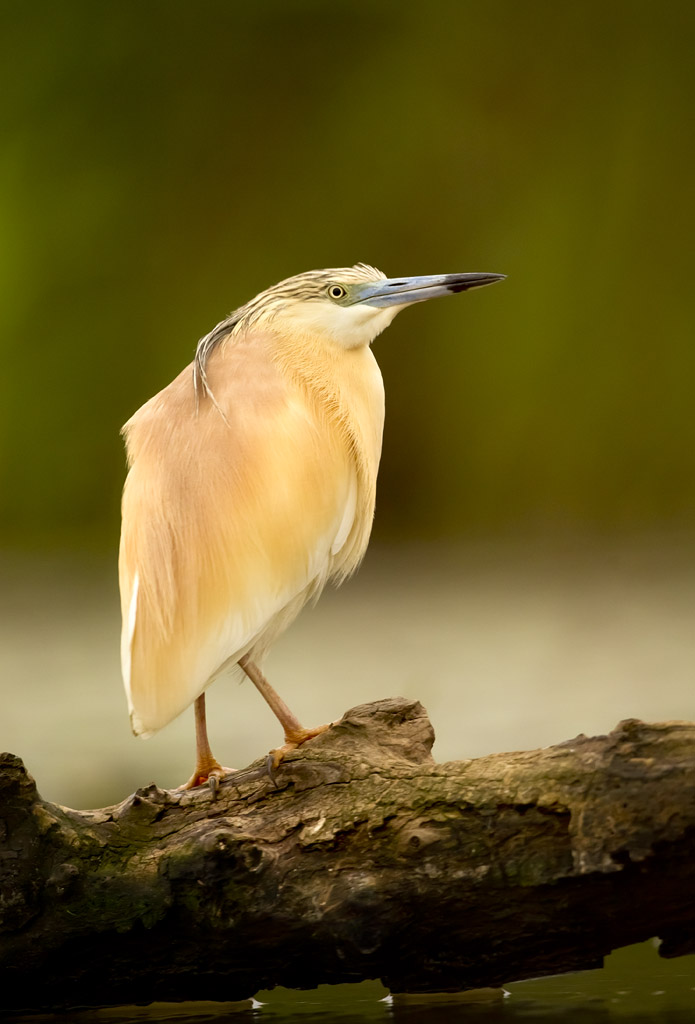 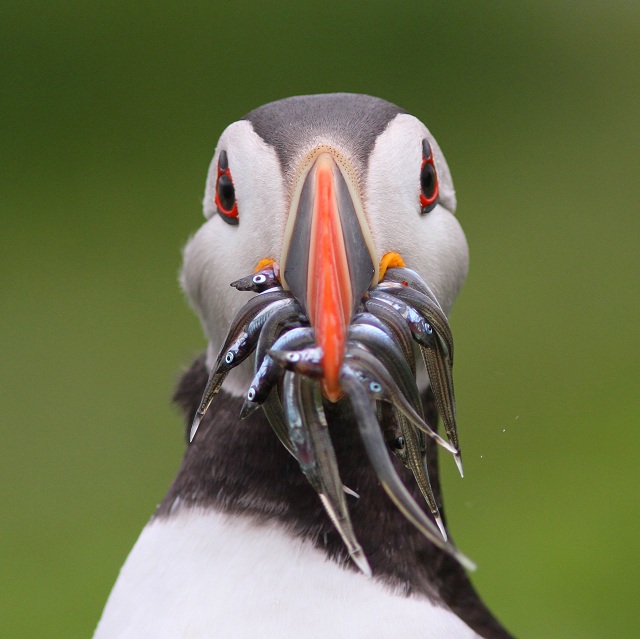 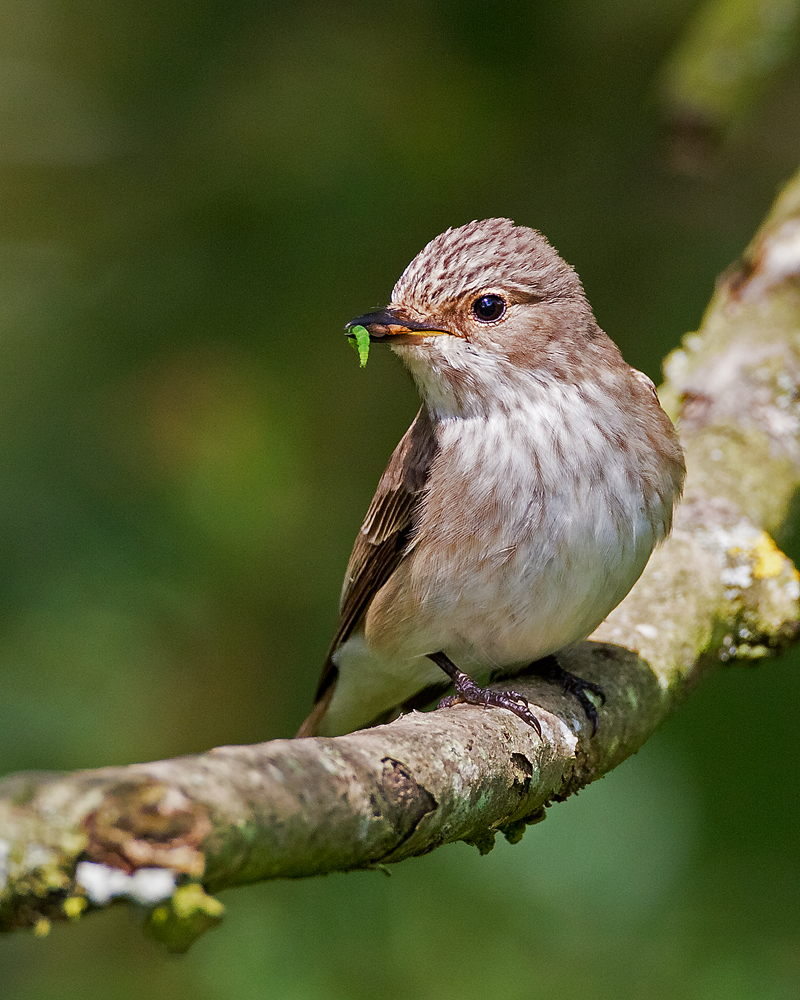 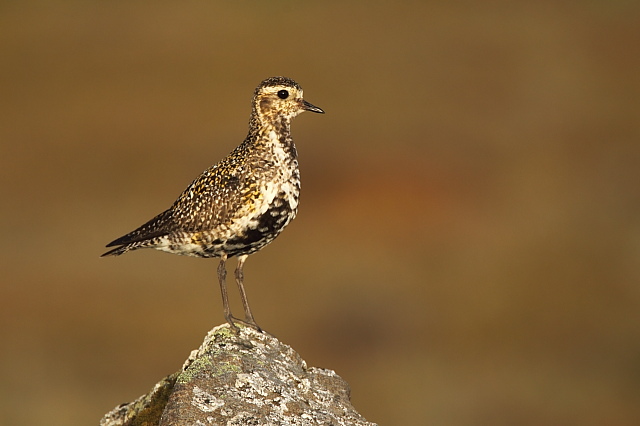 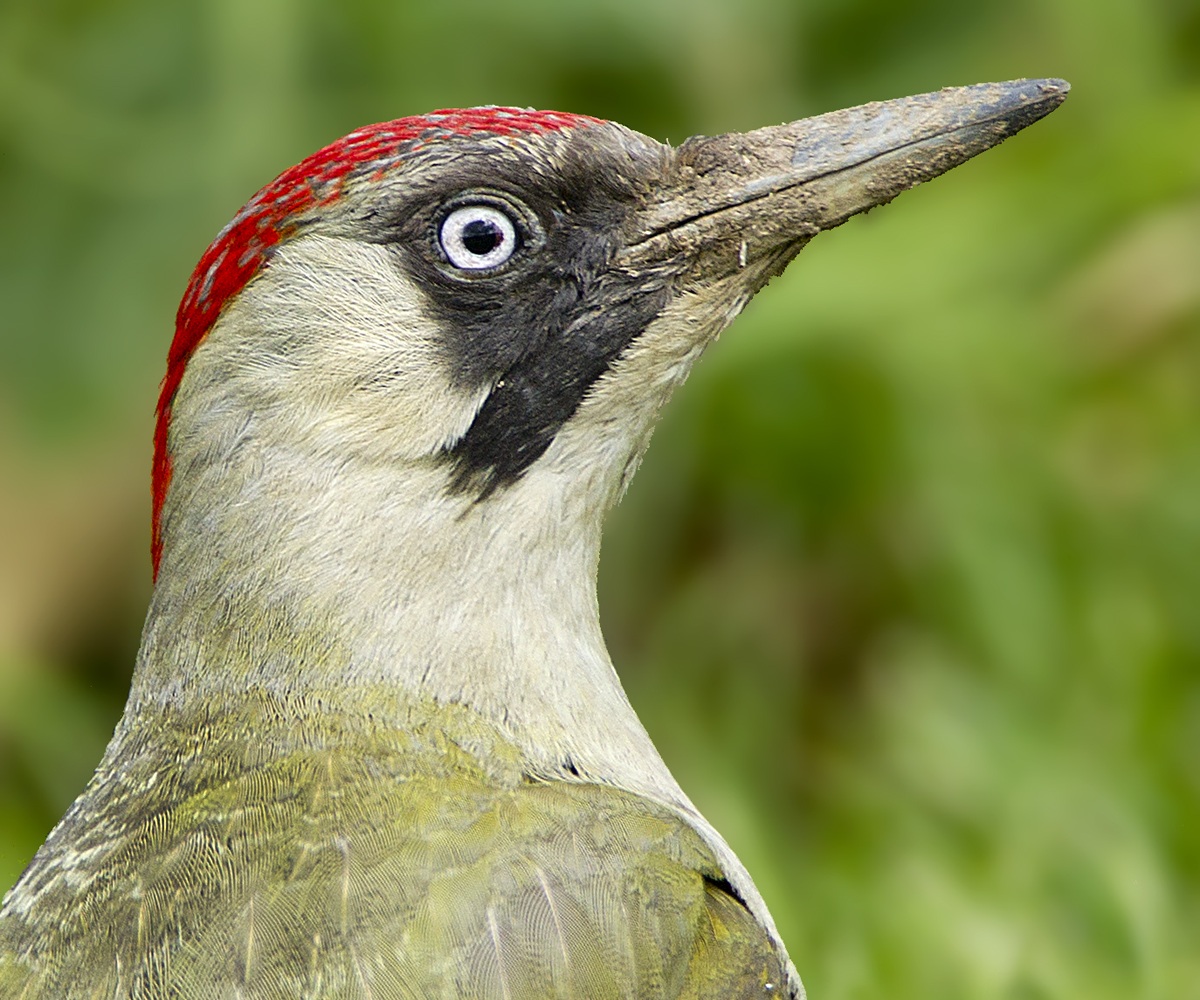 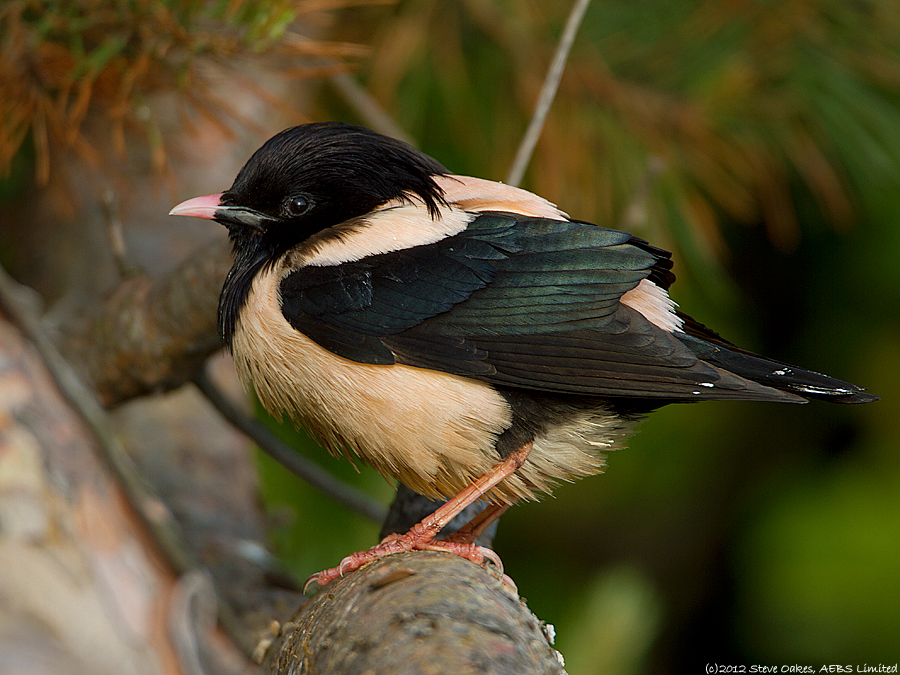