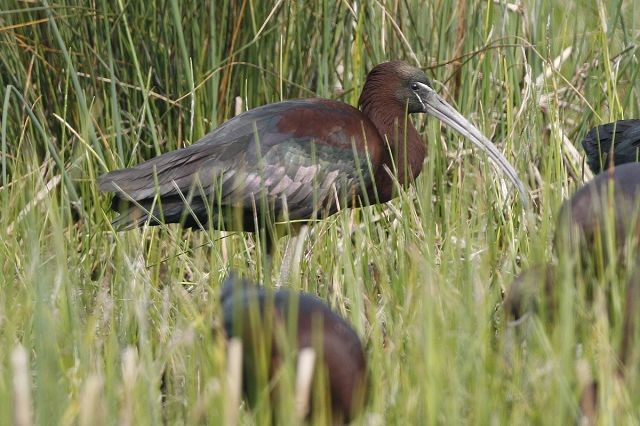 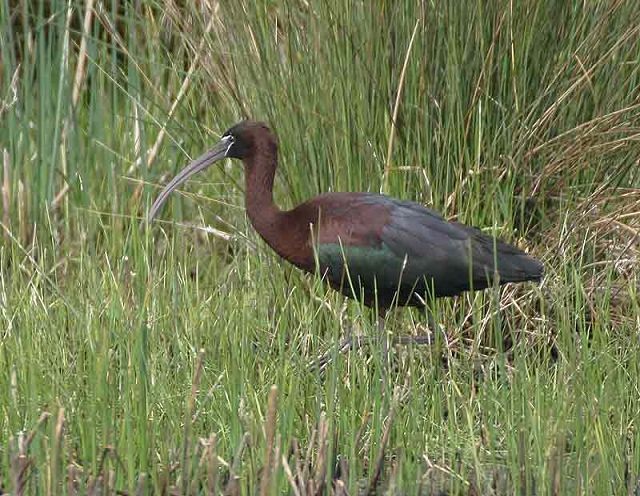 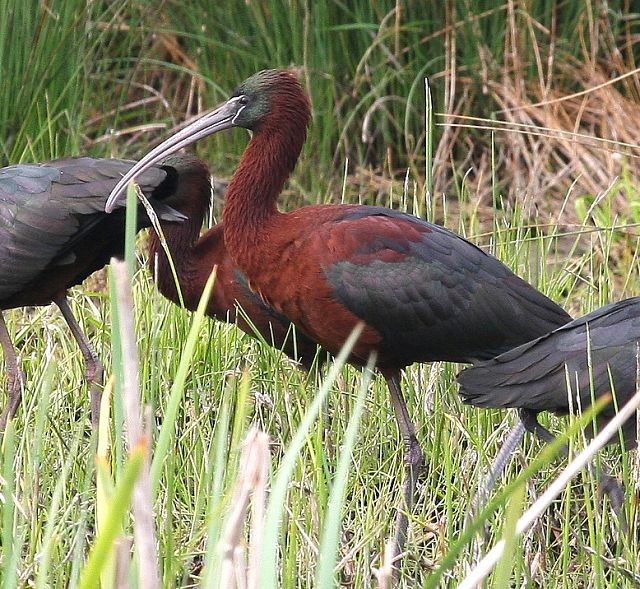 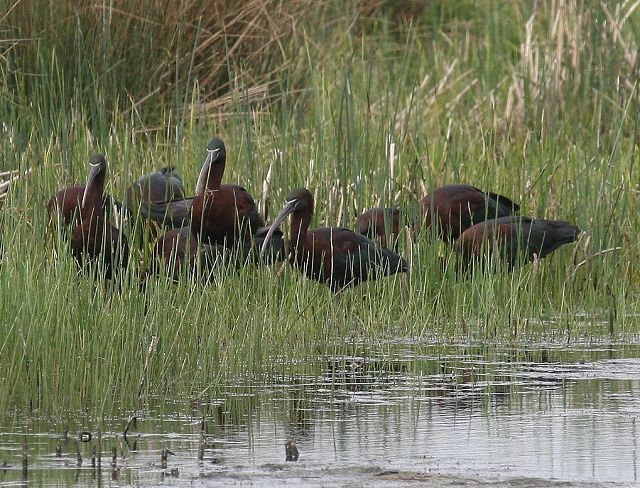 The main talking point of the week was the exciting influx of Glossy Ibis to the southwest which delivered the largest single flock to be recorded in Britain or Ireland since 20 in Co. Wexford in 1934. The forerunners of the influx were a group of six at Farranfore (Co. Kerry) on the 19th. A party of three passed over Hayle (Cornwall) on the 20th, on which day a superb party of 17 arrived at Slimbridge (Glos), though it transpired later that this same group had also passed over Helford Passage (Cornwall) the same day. This flock has remained throughout the week and further birds have included seven around Lizard village (Cornwall) from the 21st onwards, four over Bridgwater (Somerset) on 22nd on which day one was present briefly in a West Alvington (Devon) garden - that would make for an exciting 'garden bird'! In addition the long-staying Lancashire individual can still be found at Warton Marsh. 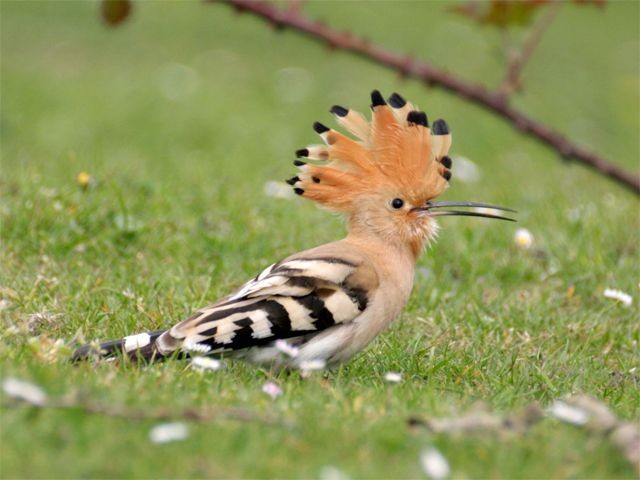 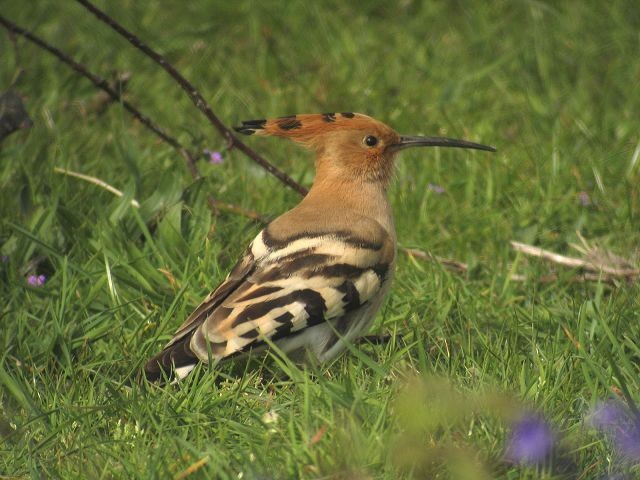 
The warm weather across much of the country ensured that there was a steady arrival of migrants, the pick of which in terms of rarity, but not looks, was the first Iberian Chiffchaff for Norfolk at Colney from the 21st onwards. A party of seven Bee-eaters was at Walland Marsh (Kent) briefly on 22nd, with a Black-headed Wagtail at Lough Foyle (Londonderry) and a Grey-headed Wagtail at Salthouse (Norfolk) on 25th. Around a dozen Hoopoes were logged, but few were accessible, likewise eight Wrynecks and a handful of fly-through Red-rumped Swallows along the east coast (with the exception of one in Co. Cork). A Subalpine Warbler on Lundy (Devon) on19th and 21st may have been the bird present earlier in the month there, a Red-breasted Flycatcher was on Hilbre (Cheshire) on 23rd and a Red-backed Shrike briefly at Pagham (W. Sussex) on 21st. Early Golden Orioles included birds at Dungeness (Kent) and Cape Cornwall (Cornwall) on 21st, and Serin were at Wyke Regis (Dorset) on 21st and Nanjizal (Cornwall) on 22nd. Good numbers of Ring Ouzels continued to pass through and many areas had many Grasshopper Warblers on offer. 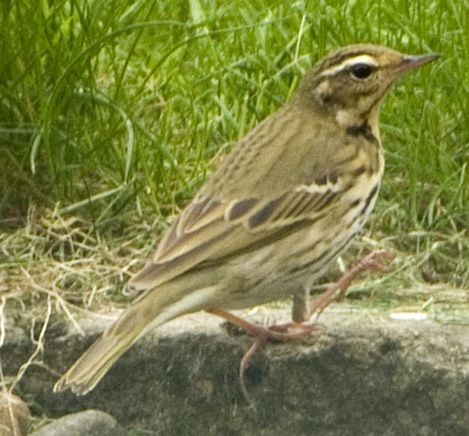 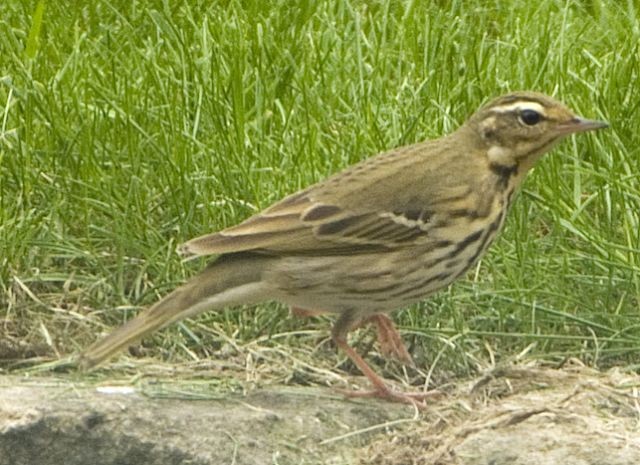 A female Black-throated Thrush was on Fair Isle (Shetland) on 23rd and an Olive-backed Pipit was a surprise visitor to a garden near Hull (E. Yorkshire) on the 22nd, with a Richard's Pipit at Lytham Moss (Lancashire) on 24th. A Siberian Chiffchaff was trapped on Bardsey (Gwynedd) on 24th and the first Waxwing for some time was a solitary bird at Guisborough (Cleveland) on 20th. Great Grey Shrikes were briefly at Downham Market (Norfolk) on 19th and Walbury Hill (Berkshire) on 21st. The only Lapland Bunting reported was on Shetland and Shore Lark lingered on at Snettisham (Norfolk) and Coldharbour (Kent) and there were two on Cape Clear (Co. Cork). 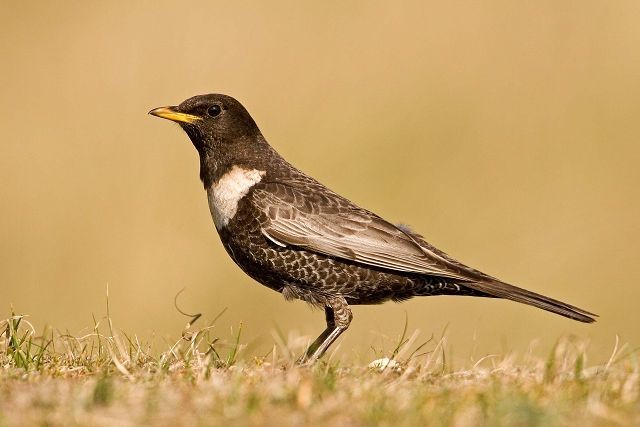 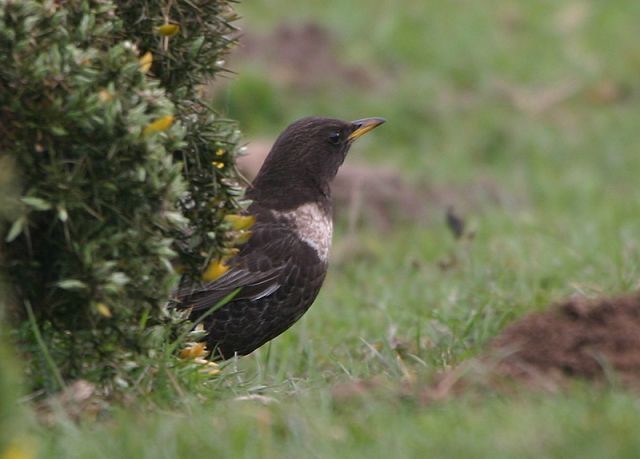 Identifying gulls through the use of colour rings beats trying to suss out the vagaries of plumage and what would appear to be the first confirmed British sight record of a Baltic Gull backed up by ring details was present at Hempsted Landfill (Glos) from the 18th to the 20th - at least this gives 'gull scanners' the incentive to search harder, though the challenge now is to 'do' them without the assistance of colour rings... A 1st-winter Bonaparte's Gull was reported from Wicklow (Co. Wicklow) on 22nd and the Laughing Gull remained in south Devon as did the Forster's Tern in Co. Galway. The only Ring-billed Gulls involved long-stayers in Co. Galway and Lancashire, American Herring Gulls were still in the Outer Hebrides and Cornwall and a Kumlien's Gull remained on Scilly. Pomarine Skua passage picked up during the week, with a peak count of 27 passing Dungeness (Kent) on the 22nd, though smaller numbers were seen at some English Channel watchpoints and on the Solway at Bowness (Cumbria). There were still White-billed Divers off Lewis (Outer Hebrides) and Laxo (Shetland). 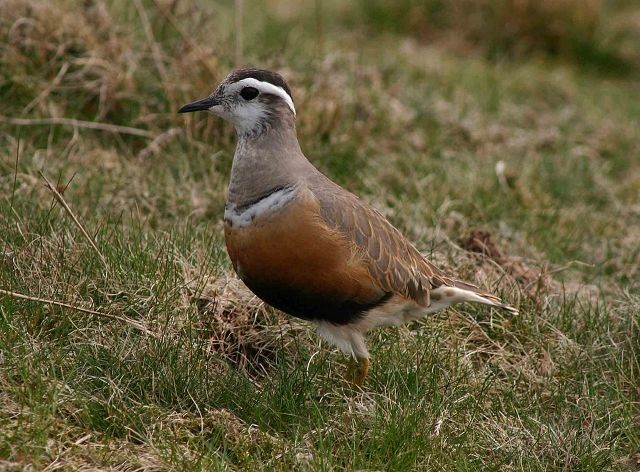 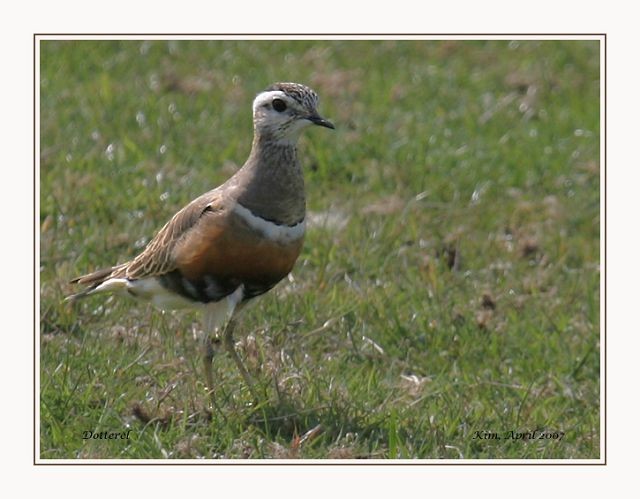 An early movement of Dotterel commenced with one over Trisant (Ceredigion) on 19th and this was followed by a minimum of 40 in the next few days, largely made up of 29 at Garreg Lwyd (Carmarthen). The Killdeer remained at Banna Minn, Mainland (Shetland) and two Black-winged Stilts were at Queens Valley Reservoir (Jersey) on the 19th. A Kentish Plover was reported from Berwick-upon-Tweed (Northumbs) on the 22nd and long-stayers included the Grey Phalarope at Cross Ness (London), Spotted Sandpiper on the Hayle Estuary (Cornwall), and Long-billed Dowitchers in Co. Louth and Londonderry. 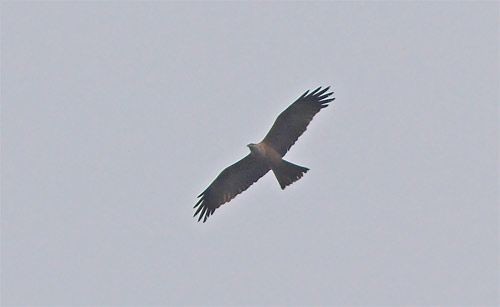 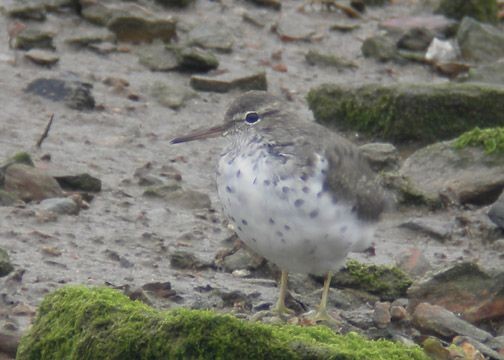 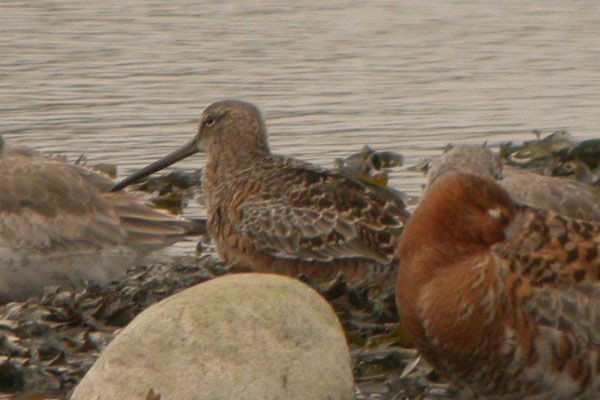 A 1st-summer Red-footed Falcon was at Stanhoe (Norfolk) on the 25th and on the 22nd Black Kites were located in Norfolk and Scilly, with both remaining to at least the 25th. A Snowy Owl was on North Uist (Outer Hebrides) and a handful of Montagu's Harriers included several fine males. Of several White Storks the most obliging was at Bishop Middleham/Hardwick Hall (Durham) and in the same county an escaped Night Heron was at Low Coniscliffe and another was reported from Radipole Lake (Dorset). A Cattle Egret passed over Lizard village (Cornwall) on 22nd and the long-staying bird remained at Otter Estuary NR (Devon). A Spotted Crake was at Attenborough NR (Notts) from 20th to 22nd and a number of mobile Spoonbills were reported, including six at Cley (Norfolk). 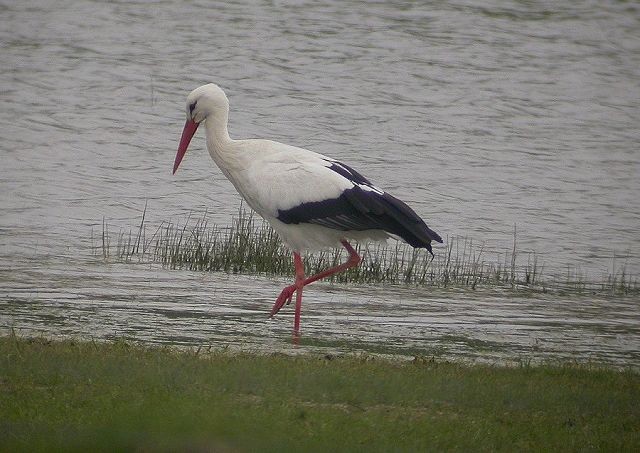 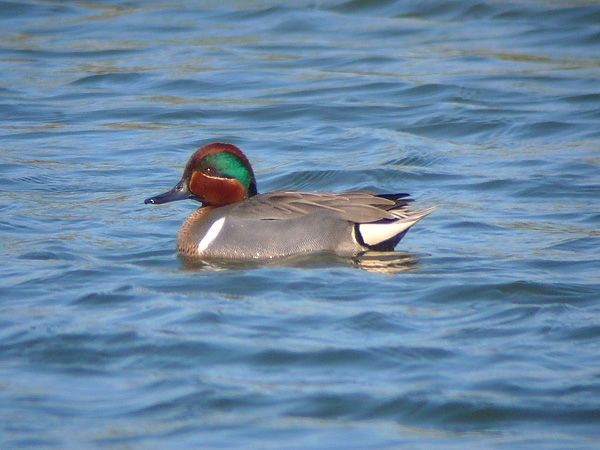 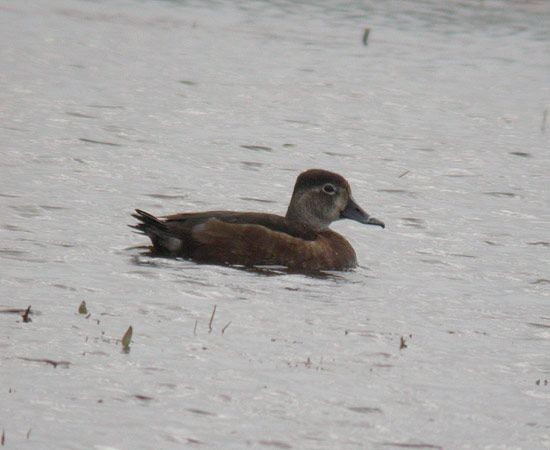 
A female Blue-winged Teal was at Fearville Lake (Co. Tipperary) on 25th, American Wigeon remained in Norfolk and North Yorkshire, plus four Green-winged Teal and the Marbled Duck of unknown origin continued in Gloucestershire. The Barrow's Goldeneye was still to be found in Forth as was the male in Co. Down and two Lesser Scaup were still on Benbecula (Outer Hebrides) with one at Eyebrook Reservoir (Leics) and another at Vane Farm (Perth and Kinross). Around nine Ring-necked Ducks were logged, there were King Eiders at Peterhead (Aberdeenshire), Burghead (Moray and Nairn) and Wester Quarff (Shetland) and a Surf Scoter was off Rerwick (Orkney). There were Black Brants still in Norfolk and Kent. 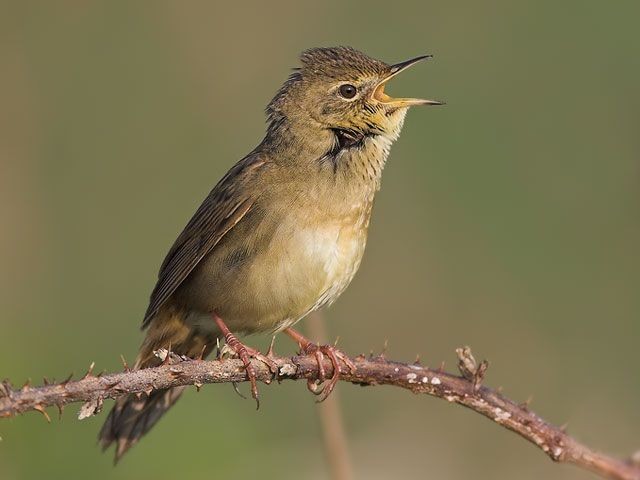 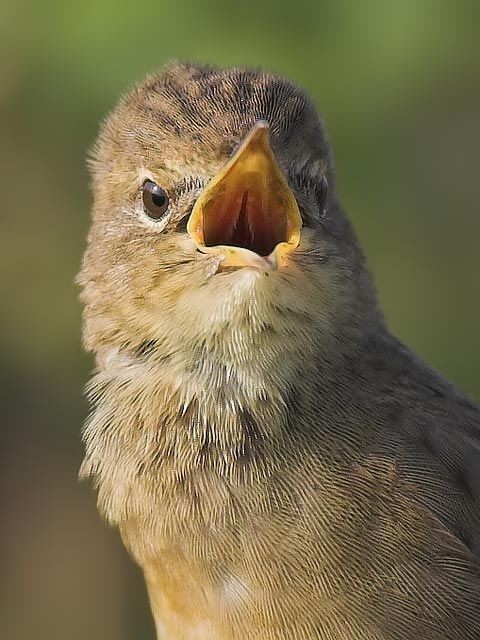 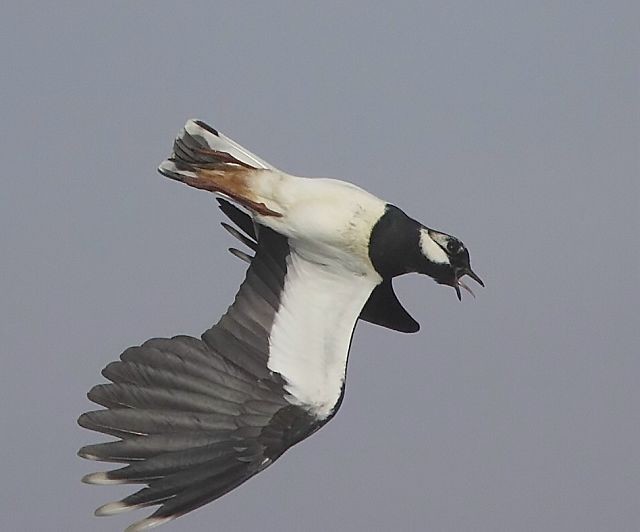 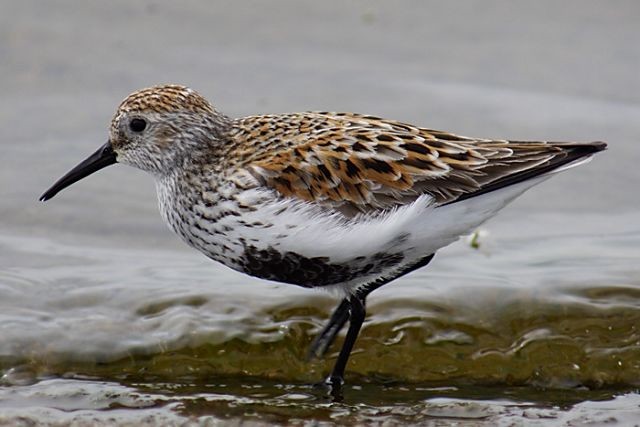