It has been a week of autumnal weather, with cool westerlies and a fair bit of rain in many parts of the country. However, despite the dreary conditions there was plenty of interest to keep birders on their toes. As expected, seabirds and waders were the main focus of attention, plus successful news from Durham on the Bee-eaters.

Without doubt the most exciting news was the successful breeding of the pair of Bee-eaters in Durham. This is only the third breeding attempt on British soil and the first since two of three pairs were successful in Sussex as long ago as 1955. For more information on this fantastic news see the press release from the RSPB at http://www.birdguides.com/birdnews/article.asp?a=142. These birds were first seen at Spurn (East Yorkshire) on 1st June and took up residence in their favoured quarry the following day - it's been a long wait! 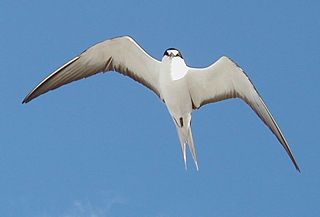 Many birders will have been deeply envious of the lucky observers who had the good fortune to watch a Sooty Tern go past the Bridge of Ross (Co. Clare) on the 23rd. There have been just 26 accepted records, the last of which was as long ago as 1989. For many, the only opportunity to see this species was the moribund individual in Northamptonshire in May 1980: a long-stayer would be exceptionally popular indeed. Statistically almost as rare, but much more obliging in the past, a moulting adult Stilt Sandpiper in Hampshire was a welcome find for a new generation of birders, with the first adult since one at Minsmere from 7th to 13th September 1997. The Hampshire bird was found by a dedicated patch-watcher and photos and an account of the find can be found at http://www.birdguides.com/birdnews/article.asp?a=141. Elsewhere, terns with orange bills continue to be reported, though consensus has swung towards Elegant Tern, with one again in Devon and it, or another, present in Gwynedd a couple of days later. The days of a fly-by orange-billed tern being confidently named to species seem to be numbered, with so much confusion regarding identification of these birds during an educational summer.

Other highlights include an intriguing record of a Little Bittern found dead in Kent, with a Great White Egret in the same county and another reported in Norfolk. Wilson's Petrels continue to be seen with some regularity to the south of the Isles of Scilly, though that other seabird of late summer, the Cory's Shearwater, appears to be quite scarce so far with just three reported during the week, one of which has been seen several times in Fife. As would be expected, waders have featured prominently this week. The Marsh Sandpiper from East Yorkshire has been relocated in Cheshire. The same county also hosted a superb moulting adult Grey Phalarope, a plumage rarely seen in Britain and Ireland. Several White-rumped Sandpipers and Pectoral Sandpipers have been reported, with nearly all, as expected, on the east coast. A Dotterel past Cley was unseasonable. Rose-coloured Starlings continue to be found, so it's not too late to go out and check your local Starling flocks.

Several of last week's rarities remained to the beginning of the week, with the Pacific Golden Plover in Lincolnshire, Two-barred Crossbill and Arctic Warbler on Shetland. The Red-footed Falcon is still present in Norfolk and a male was seen briefly in Kent. The White-spotted Bluethroat continues to be seen on a regular basis in East Yorkshire, whilst contentious wildfowl in the shape of Canvasback, Ferruginous Duck and White-headed Duck were still seen during the week.

With a hint of summer forecast to creep into parts of the British Isles over the next few days seawatching prospects seem grim, though wader buffs might want to check their local Golden Plover flocks for something rarer and, as always, groups of Dunlin are worth scouring for White-rumped Sandpipers and the like.