A second new Pacific Diver of the winter was the highlight of another lively (and unseasonably mild) week that also saw the first Northern Wheatear of the spring reported at Christchurch Harbour on 20th.

The diver — another crisp juvenile — was off Broadsands, Devon, on 16–17th only, but a report of a possible off Slapton on 18th could well have related to the same bird. Despite neighbouring Cornwall having hosted at least two returning birds over the past decade, Devon has never previously recorded the species and you might argue that this was an overdue county first, even if the species remains extremely rare on our shores. Meanwhile the adult remained in Mount's Bay, Cornwall, while the juvenile was still commuting between East Chevington and Druridge Bay Country Park, Northumberland. 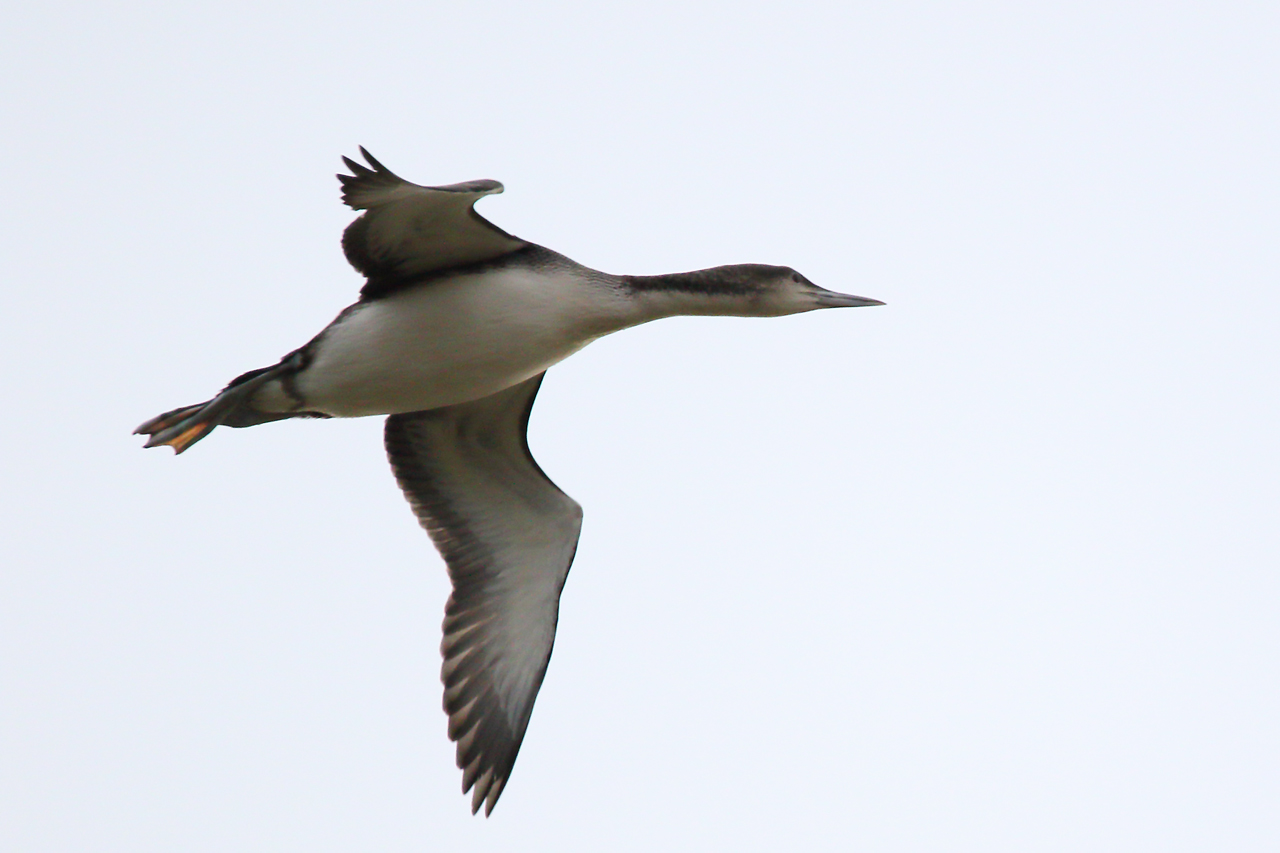 There were no reports of the Royal Tern from Guernsey at all this week, and a long search for Derbyshire's Dusky Thrush brought no reward on 18th. However, the Blue Rock Thrush was still at Stow-on-the-Wold, Glos, throughout the week, as was the tough little Eastern Black Redstart at Skinningrove, Cleveland.

The Pine Bunting at Little Murston, Kent, was reported for the first time in 10 days on 18th and was still there on 20th. Meanwhile in Yorkshire, the particularly smart male again showed throughout the week at Dunnington, but could be elusive for long periods. 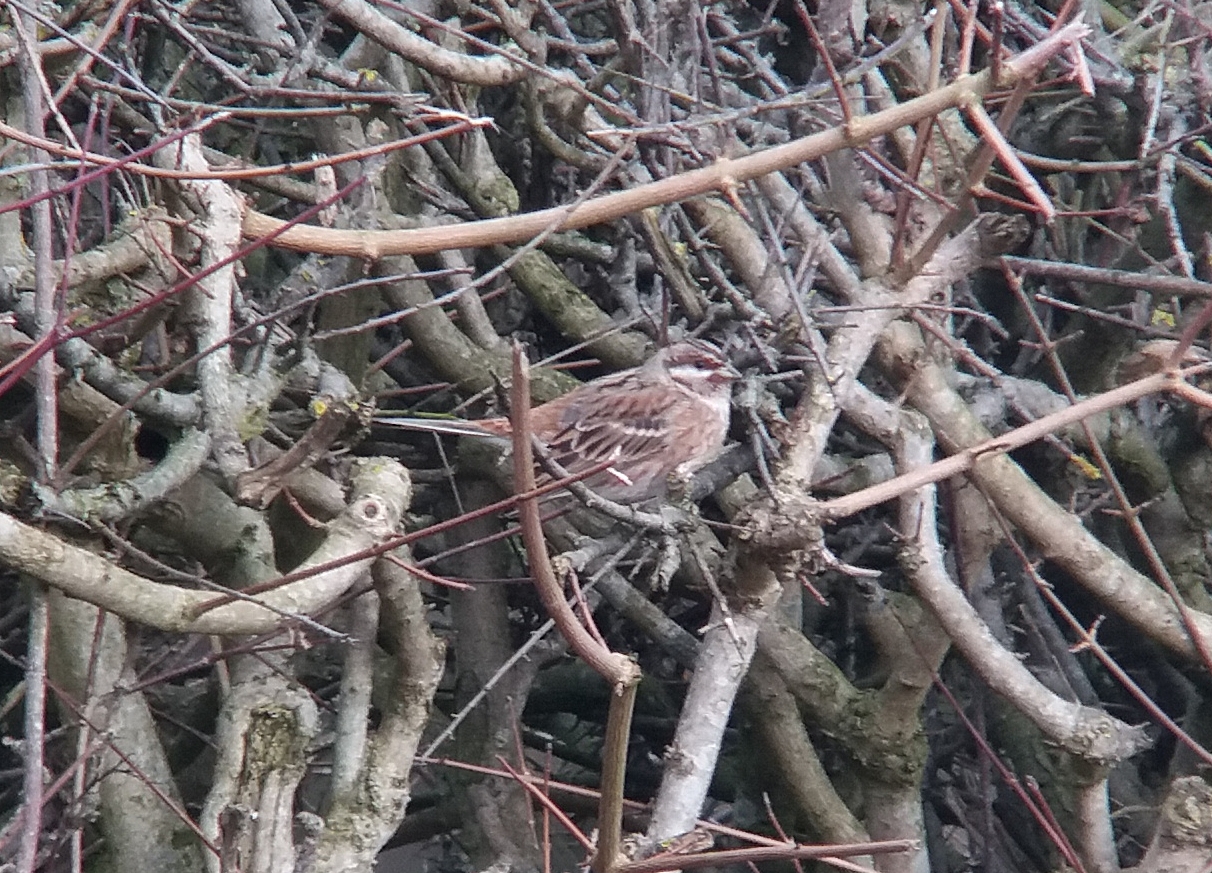 The American Coot was still at Balranald, North Uist, on 20th, but the Hooded Merganser was last seen flying south from Barr Loch, Clyde, on 19th. Thirteen Ring-necked Ducks at 11 sites was a significant improvement on last week's tally and included three at Lough Morne, Co Monaghan. Other new Ring-necks included a female at Pond Rhosrhydd, Ceredigion, and drakes in North Yorkshire and Co Cavan. Drake Lesser Scaup remained in Cornwall and Orkney, and the drake Ferruginous Duck continued at Blashford Lakes, Hants.

The drake Black Duck was still at Strontian, Highland, on 20th. Nine American Wigeon included a couple of drakes in Co Donegal, two together at Loch of Harray, Orkney, two in Highland and further males in Fife, Pembrokeshire and Devon. Green-winged Teal were logged at 13 sites, with a peak count of two together at Caerlaverock WWT. 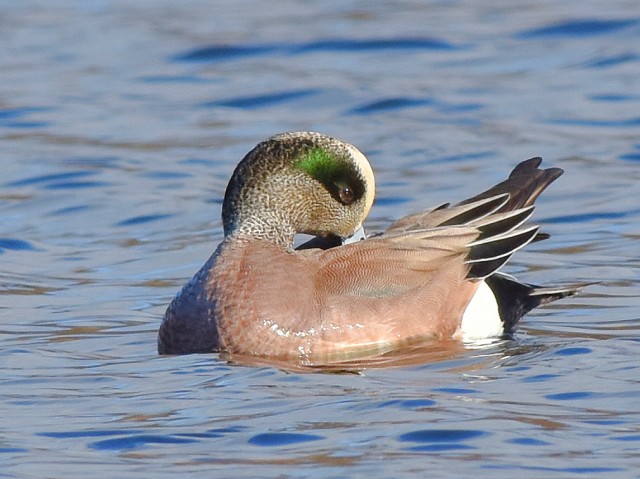 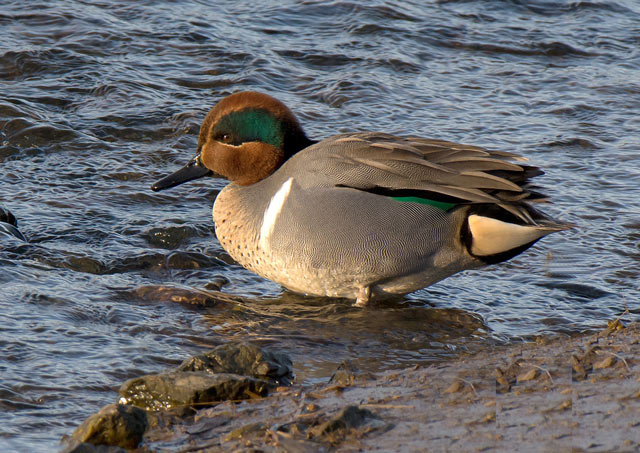 The drake Black Scoter was seen off Rossbeigh, Co Kerry, for the first time since 3 January on 20th; the only report of the Northumberland bird came from Goswick on 17th. Surf Scoters included two off Reenroe, Co Kerry, and one in Bluemull Sound, Shetland, where there was also a White-billed Diver. The usual White-billed Diver also remained between South Ronaldsay and Burray, Orkney, and the female King Eider remained off Castlegregory, Co Kerry, until at least 19th.

The Red-breasted Goose is still proving reliable around The Fylde, Lancs; it was at Eagland Hill on 19th. Even more cooperative, the blue-morph Snow Goose also continues to perform well near Nateby, while the white morph was still near Alness, Highland, on 17th. A couple of Richardson's Cackling Geese were again logged on Islay, Argyll, while Todd's Canada Geese hung on in Co Wexford and Lancashire. Black Brants included a new bird at Wexford Wildfowl Reserve on 20th, with others in Essex, East Yorkshire and Co Kerry. 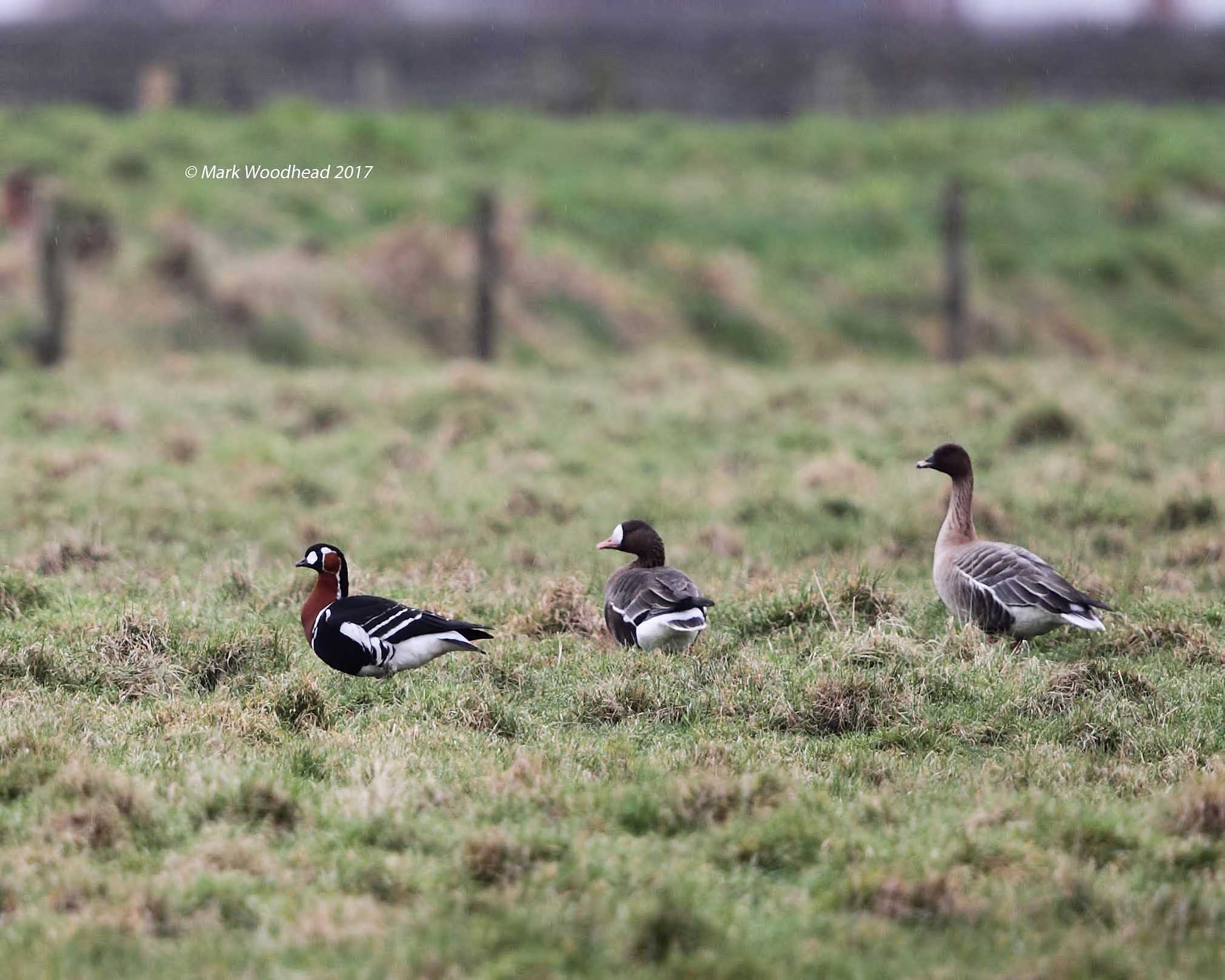 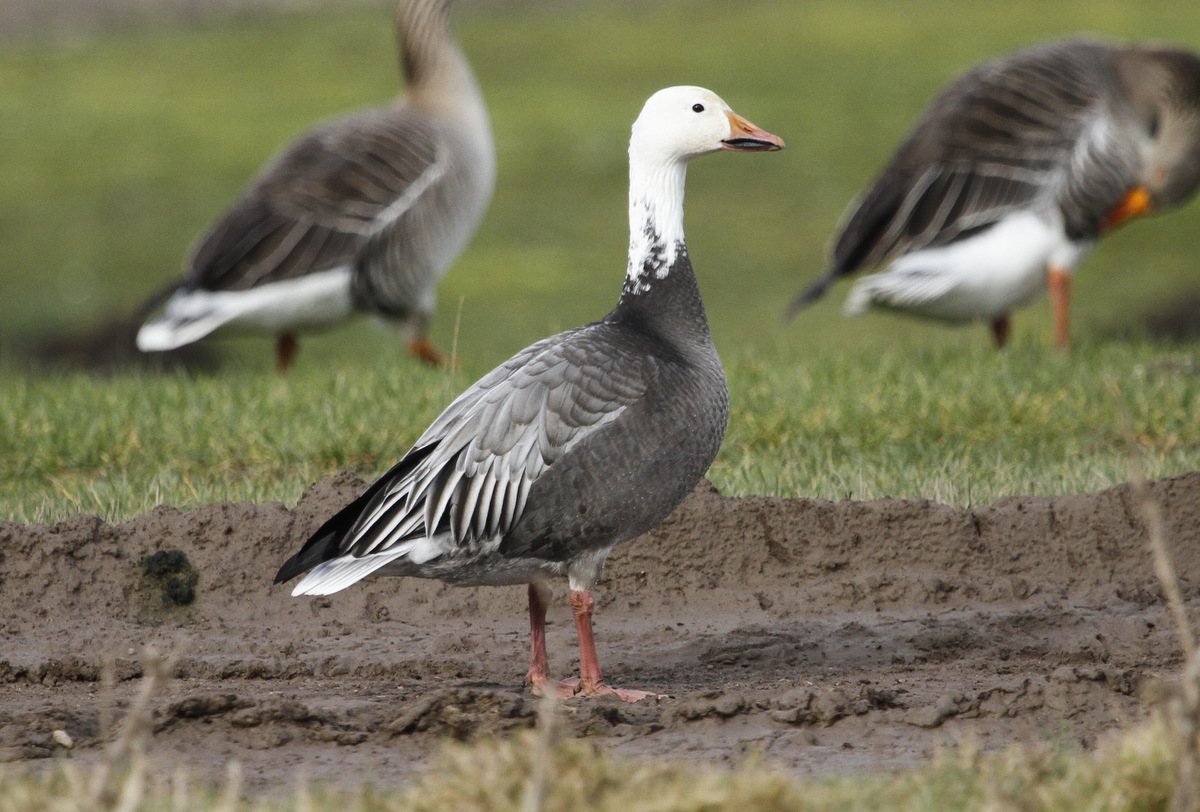 Cattle Egrets were again seen at around 30 sites, peak counts including up to 16 roosting at Helston Loe Pool, Cornwall, and 12 at Tamerton Foliot, Devon, as well as several flocks of five, six and seven dotted around the south-west of England and southern Ireland. Glossy Ibises were still in Somerset (2), Cambridgeshire and Aberdeenshire, while the Leicestershire bird was again seen at Watermead Country Park on 19th (the first sightings for over a month). One also showed well at Thorncross, IoW, throughout the week. An immature Night Heron was at Youghal, Co Cork, on 18th. 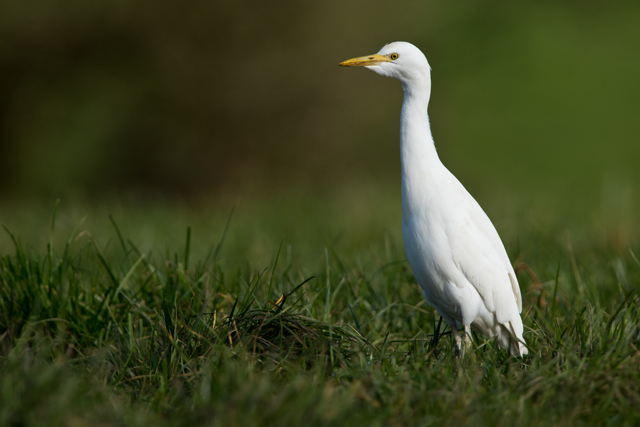 Both the Pallid Harrier at Welwick, East Yorks, and the Northern Harrier on North Ronaldsay, Orkney, were still around this week — as were this winter's only reliable Rough-legged Buzzards (in Norfolk and Cambridgeshire). The female Snowy Owl was still on Eday, Orkney, on 15th.

Once again the continuing Killdeer at Sandwick, Shetland, and Hudsonian Whimbrel at Perranuthnoe, Cornwall, headlined rare shorebird news. The Lesser Yellowlegs stayed on at Lytchett Bay, Dorset, while the Temminck's Stint was again at Branston Gravel Pits, Staffs, on 18–19th.

With no sign of the Bonaparte's Gull in Cork City this week, it's entirely possible that the adult at The Gearagh on 19–20th was the same bird. The Devon adult was still around, as was that at Cardwell, Clyde. Thirteen sites logged Ring-billed Gulls, including up to three at Tralee, Co Kerry, and new first-winters observed on Islay, Argyll and in Co Cork. Both Iceland and Glaucous Gulls were reported at under 100 sites, but there were some sizeable counts from Lewis — notably 12+ of the former at Tiumpan Head and up to 10 around Stornoway. Elsewhere at least eight were at Sligo Town. The Forster's Tern was again off Doorus, Co Galway, on 17th. 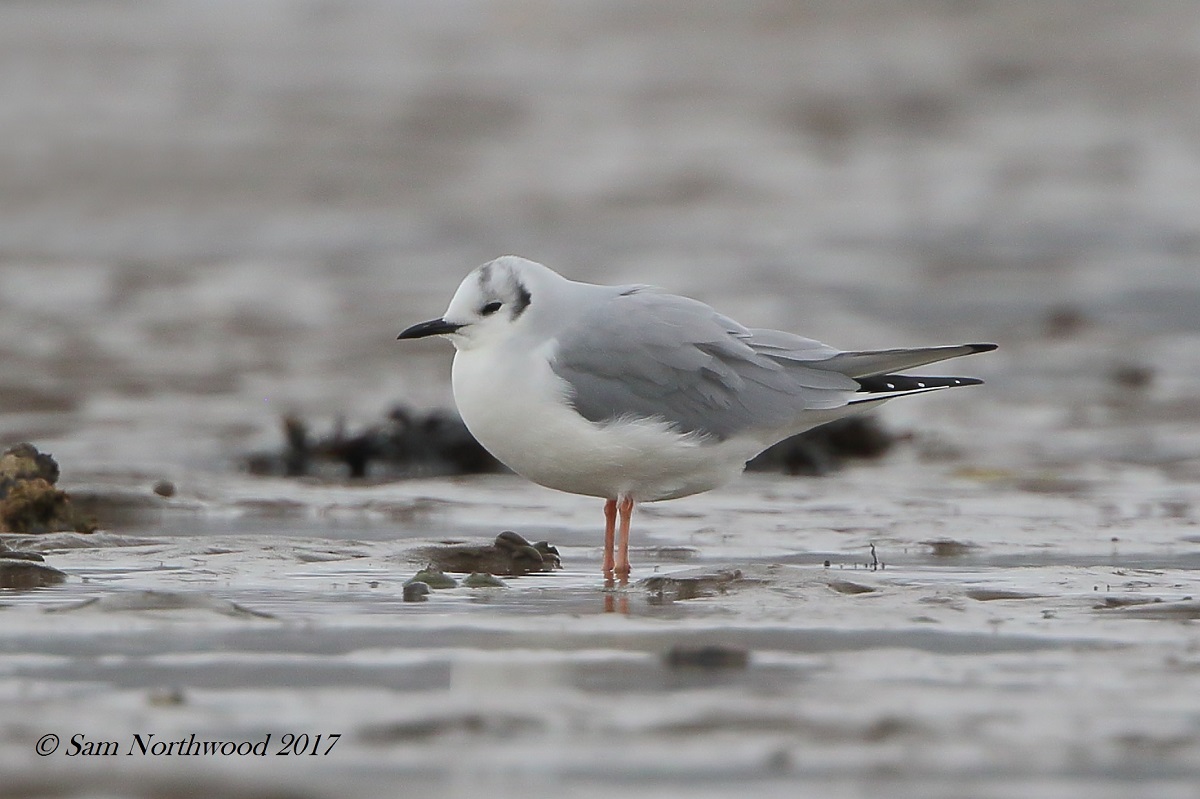 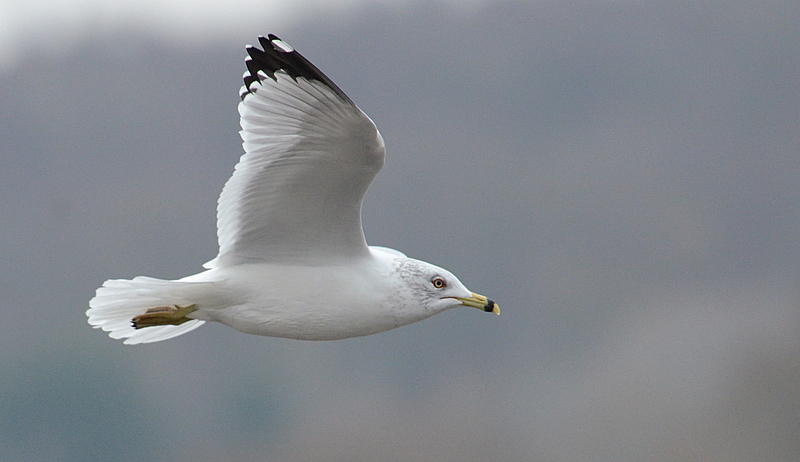 Wales' Red-flanked Bluetail was reported daily near Caerphilly, Glamorgan, throughout the week, while last week's star, the Bluethroat at Willow Tree Fen, Lincs, continued to delight large numbers of visitors from all over Britain. The Desert Wheatear at Thurlestone, Devon, was also present all week. 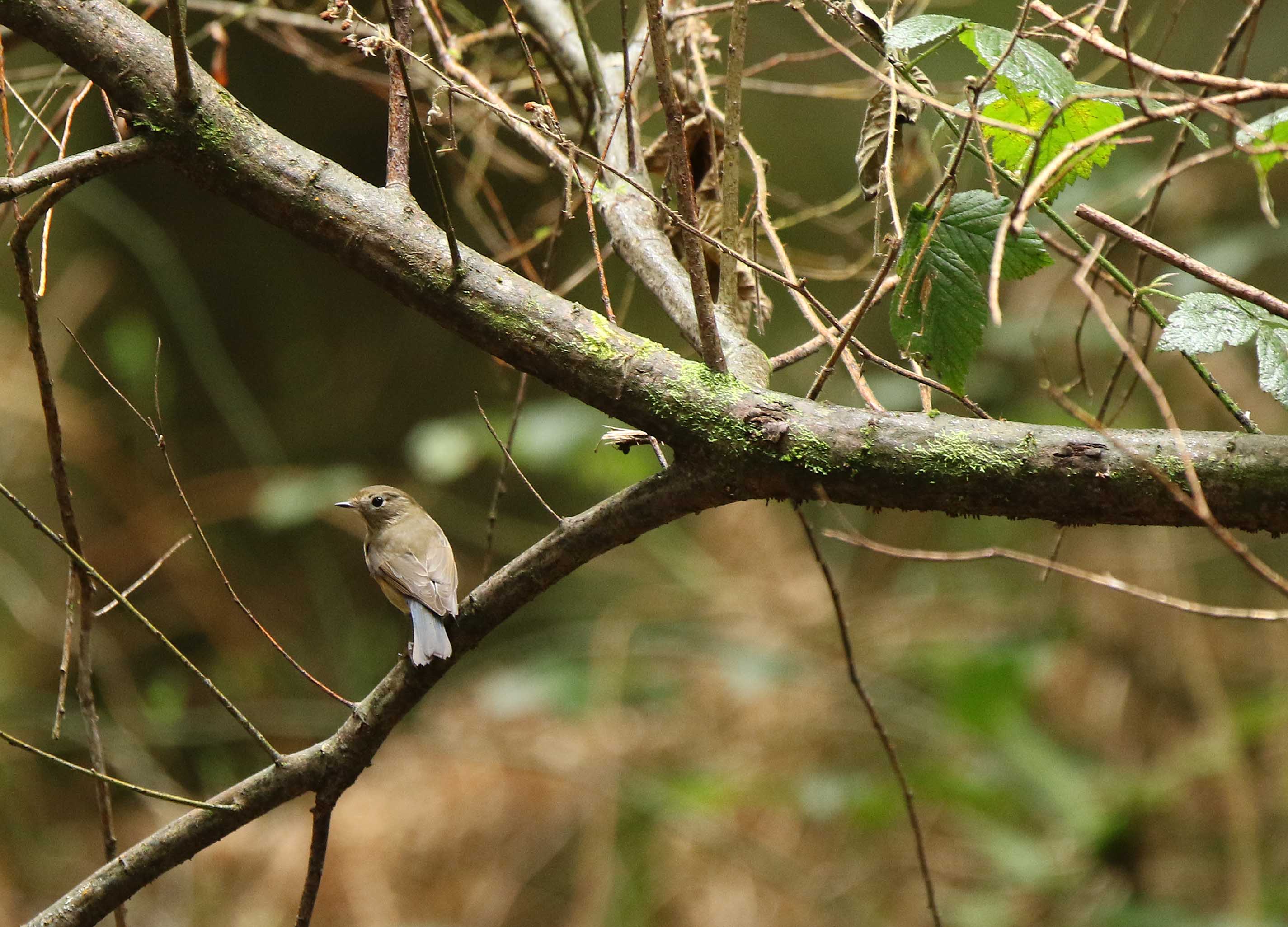 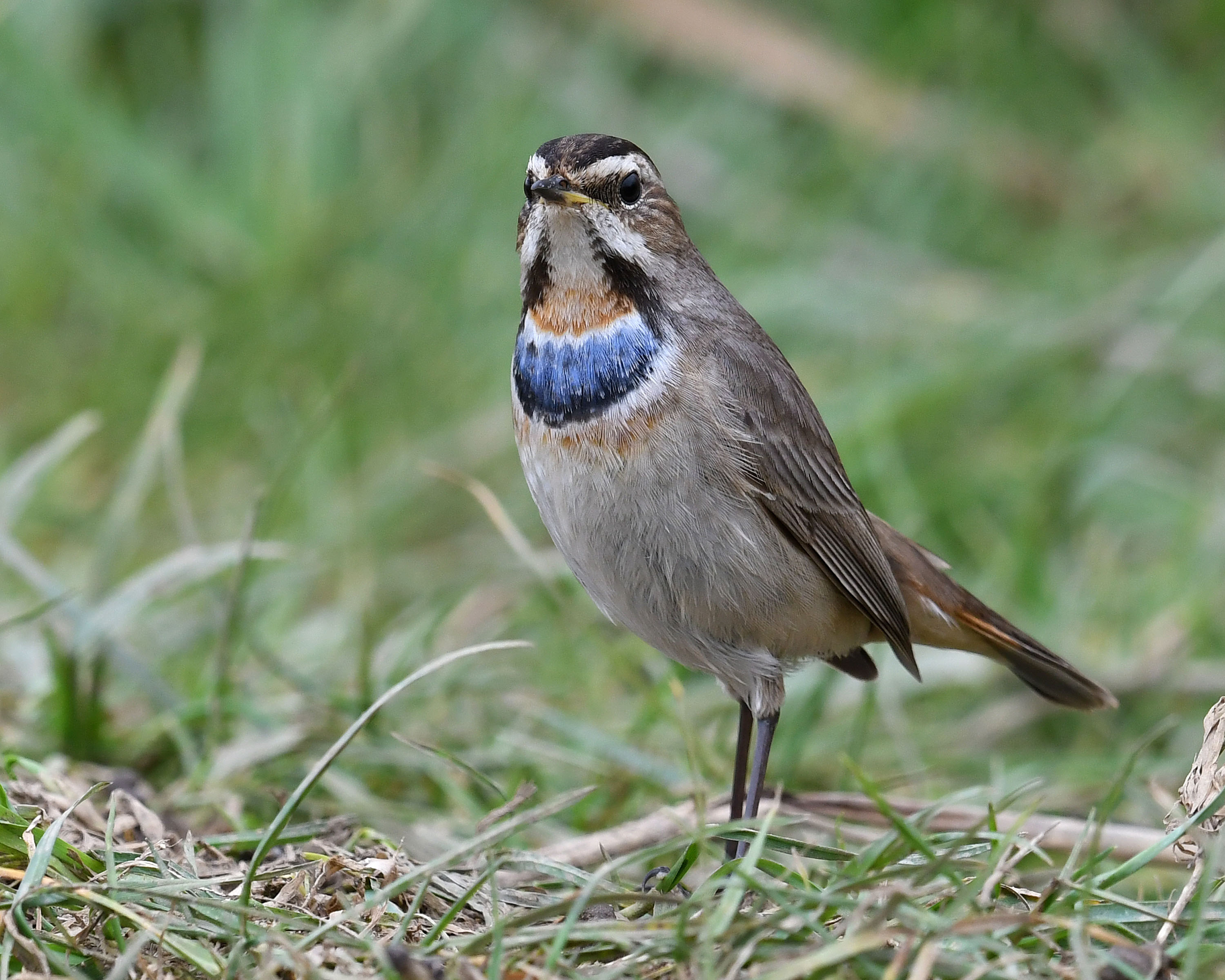 In Dorset the Hume's Leaf Warbler continued to show at Portland over the seven days, while Yellow-browed Warblers were logged at nine sites across Britain and Ireland, mostly in Devon and Cornwall, the exceptions being continuing birds in Staffordshire and Co Waterford.

Waxwing reports were almost identical to the previous week, with 423 reports disseminated on our bird news services. Peak counts this week included 100+ in Mansfield, Notts, and Handsworth, South Yorks.

Rose-coloured Starlings hung on at Dorchester, Dorset, and Crawley, West Sussex. One Coues's Arctic Redpoll remained at Hamilton, Clyde, to 18th, while the European Serin continued to entertain visitors to Tide Mills, East Sussex. The Little Bunting showed well at Great Barford, Beds, throughout the week, while others remained in Devon, Cornwall and on Jersey. 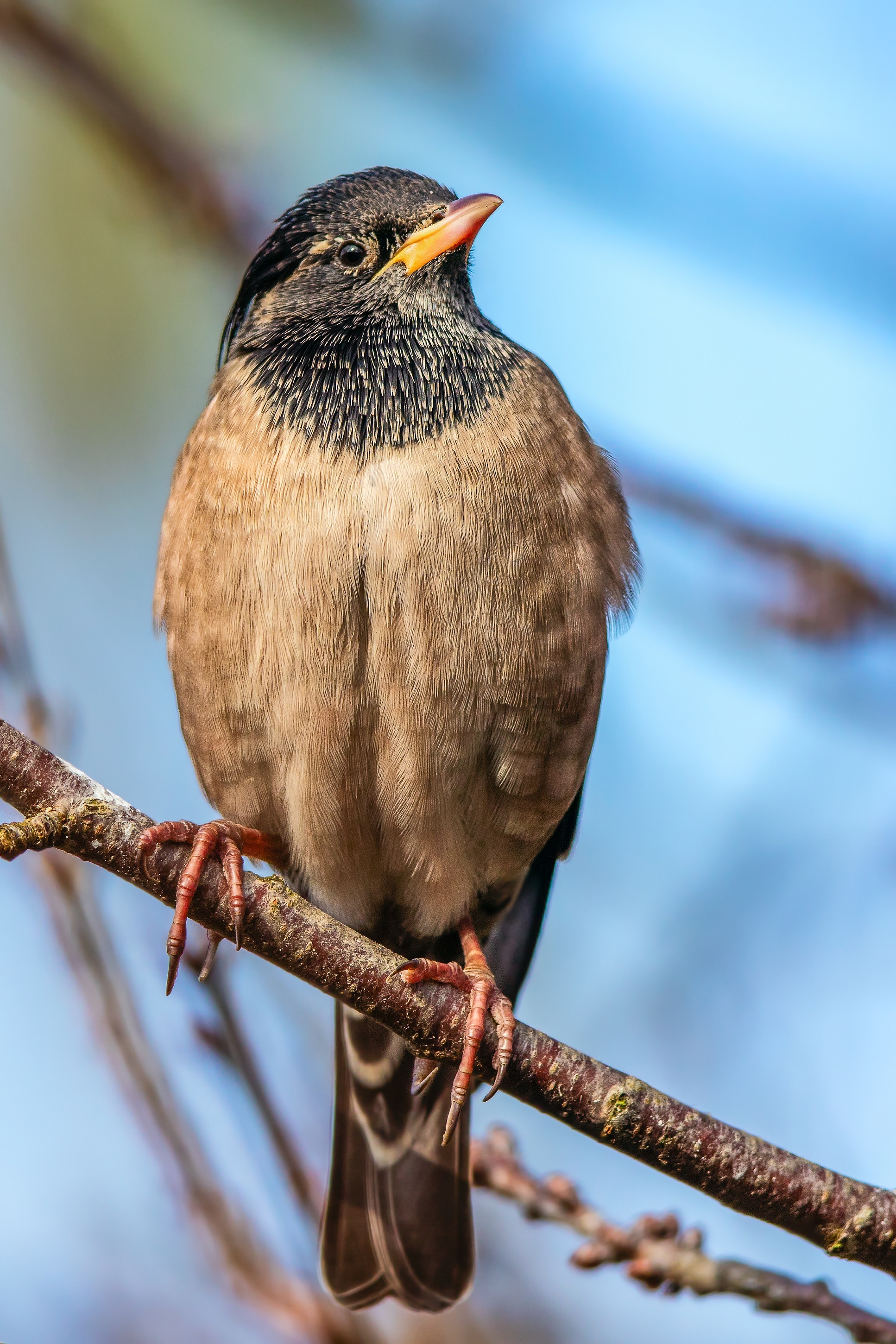 The Netherlands' second Brown Shrike was arguably the highlight of the week. Found at Den Helder on 19th, it has been showing well there ever since. Other good Dutch records included the continuing Blyth's Pipit and Baikal Teal. A single Pine Bunting was noted, with two still in Belgium and eight at three sites in northern Italy. 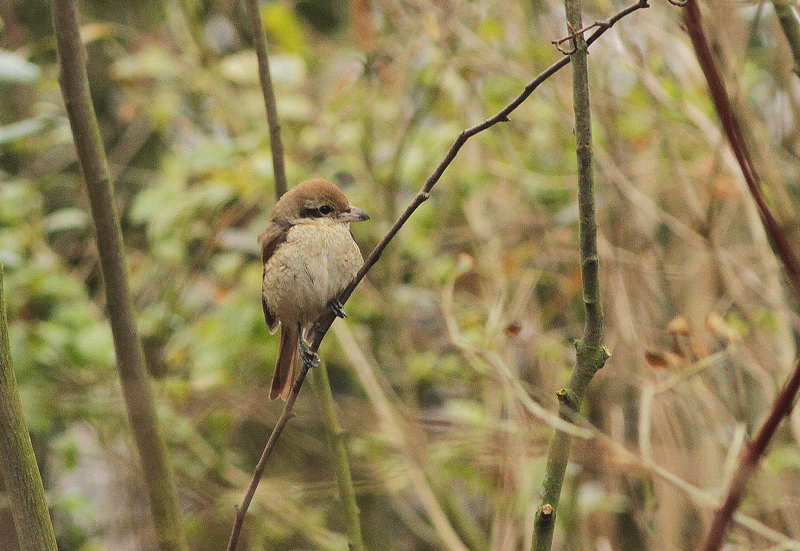 The Steppe Grey Shrike was still near Seville, Spain, on 15th and the Sora continued to show well at Silves, Portugal. A male Eastern Black Redstart was found on the southern French coast at Antibes, Alpes-Maritimes. Interestingly the male Yellow-throated Bunting was seen again in Norway at Buksnes, Lofoten; the first report of it since 13 November 2016. It appears to be a different bird to that seen in Lillehammer on 5 November — that individual had clearly damaged toes while this bird is in pristine condition. Could it be a true Western Palearctic first? 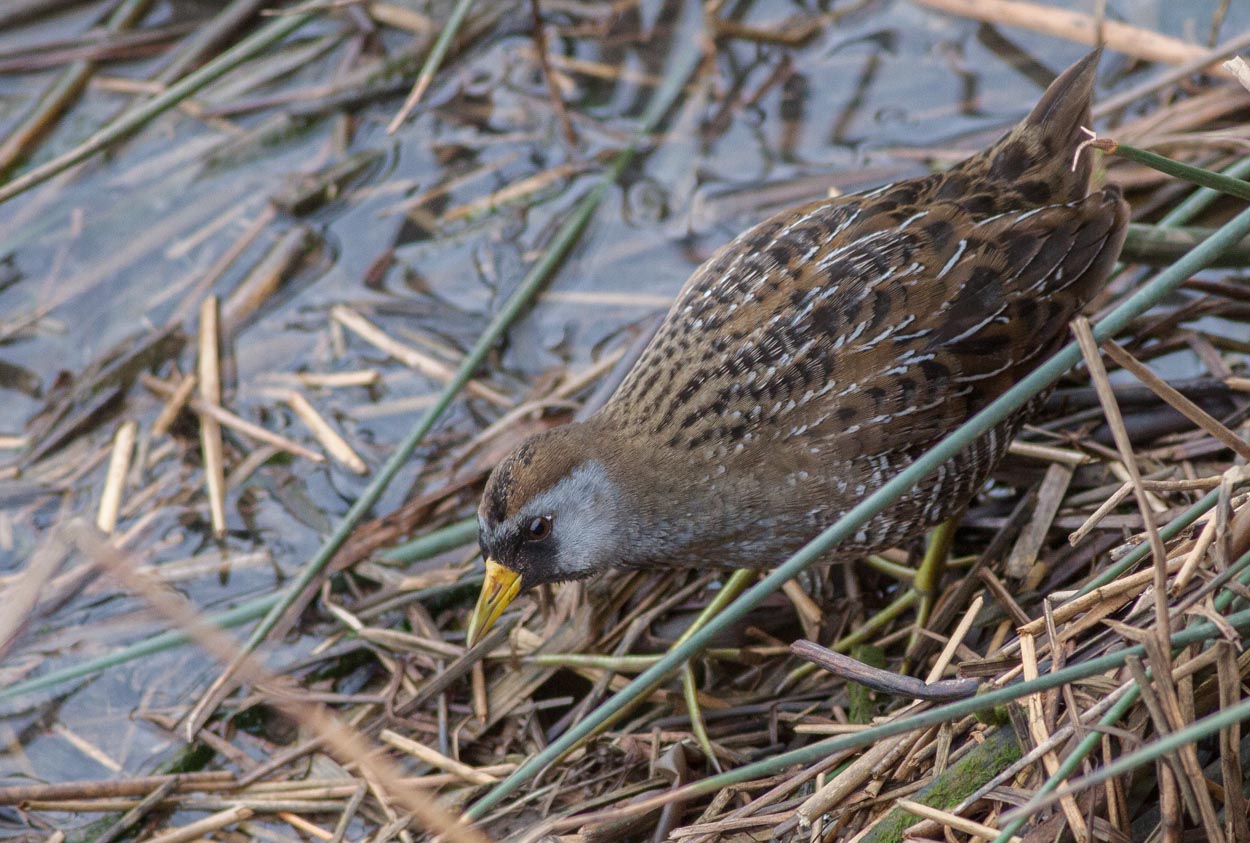 The Allen's Gallinule was still on Santiago, Cape Verde, early in the week and a Forster's Tern was photographed in the harbour at Ponta Delgada, São Miguel, Azores, on 15th. The female Steller's Eider was still on Suðuroy, Faroe Islands, this week, while another long stayer, the Bateleur in Israel, was seen near Ma'on on 19th. In the south of Israel, two Basalt Wheatears were together at Beer-Ora on 19th.