Although the weather may be doing its best to disguise the fact, the paucity of newly arrived rare and scarce birds would suggest that summer is finally here. Topping the charts this time out was a drake Black Scoter off the Aberdeenshire coastline: the bird, a first-summer, was noted off Murcar Golf Course on 14th and 17th, although otherwise it proved elusive. Tempting as it is to use the word 'unseasonable', both Murcar and nearby Blackdog have traditionally attracted Surf Scoters throughout summer (four there this week), and let us not forget that last year's American White-winged Scoter turned up there almost to the day. Quite why so many scoter (including adults) gather here throughout the summer is hard to explain, but it certainly seems to be the place to 'find your own' if the locals haven't already done so.

The King Eider also remained off the Blackdog area for much of the week, while another Surf Scoter remained off Burray (Orkney) to 19th. In Donegal, the American Eider was again off Malin Head on 16th. Back in Aberdeenshire, a drake American Wigeon at Loch of Strathbeg on 17th–18th was presumably the bird seen there last June (and sporadically throughout the winter). Last week's Ring-necked Duck 'influx' was short-lived, with the drake on Loch Finlaggen, Islay (Argyll) being the sole remnant on 18th.

Strong winds early on in the week ensured another, lesser passage of Storm Petrels in the south and west. Although nothing as widespread as last week, high counts of 163 past Criccieth (Gwynedd) and 44 past Mumbles Head (Glamorgan) on 16th were still exceptional for June, and the odd one or two were still knocking around the Bristol Channel as far upriver as Severn Beach (Glos). Otherwise, there were a few Pomarine Skuas (including seven off Criccieth and five off Chesil Beach (Dorset) on 16th), but little else — Balearic Shearwater totals failed to lift out of single figures, even from the likely sites in the southwest. An albatross sp. was reported off Alderney on 17th. 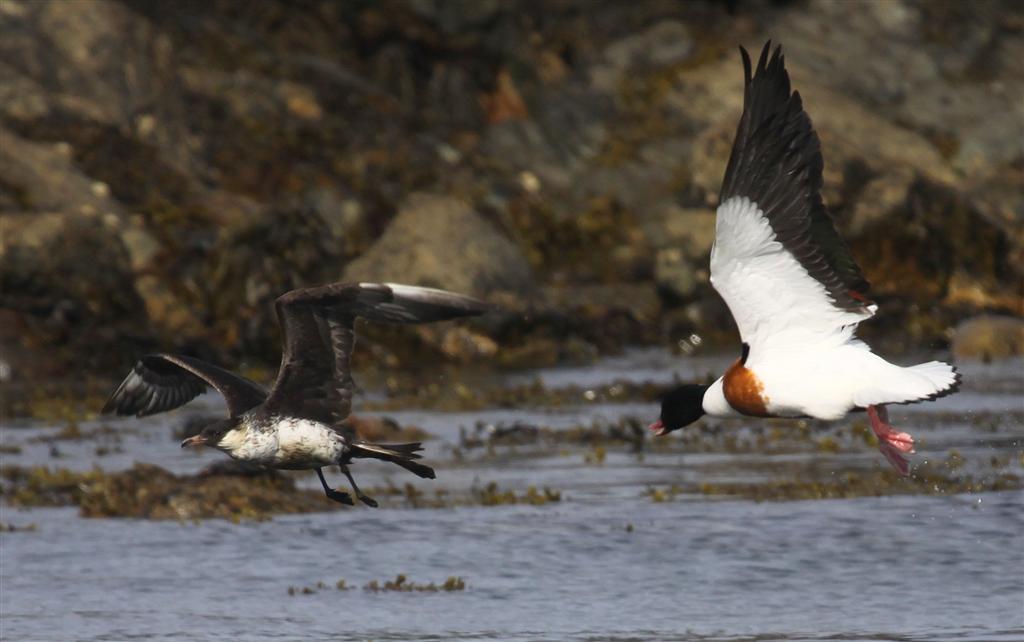 The Hertfordshire Little Bittern proved to be one of the highlights of the week, co-operatively making a weekend reappearance on 16th–17th on the River Colne adjacent to Stocker's Lake. Showing well until late on Sunday, it had disappeared again by Monday morning. The Night Heron continued to frequent its day-roost in Lower Pennington (Hants) to 19th at least, while the Dungeness (Kent) Purple Heron was last seen on 14th. Away from the Somerset Levels, Great White Egrets continued in Cheshire, West Sussex and on the Isle of Wight, while Glossy Ibises in Pembrokeshire, Hampshire and Suffolk were joined by a new bird at Upper Lough Erne (Fermanagh) to 19th at least. 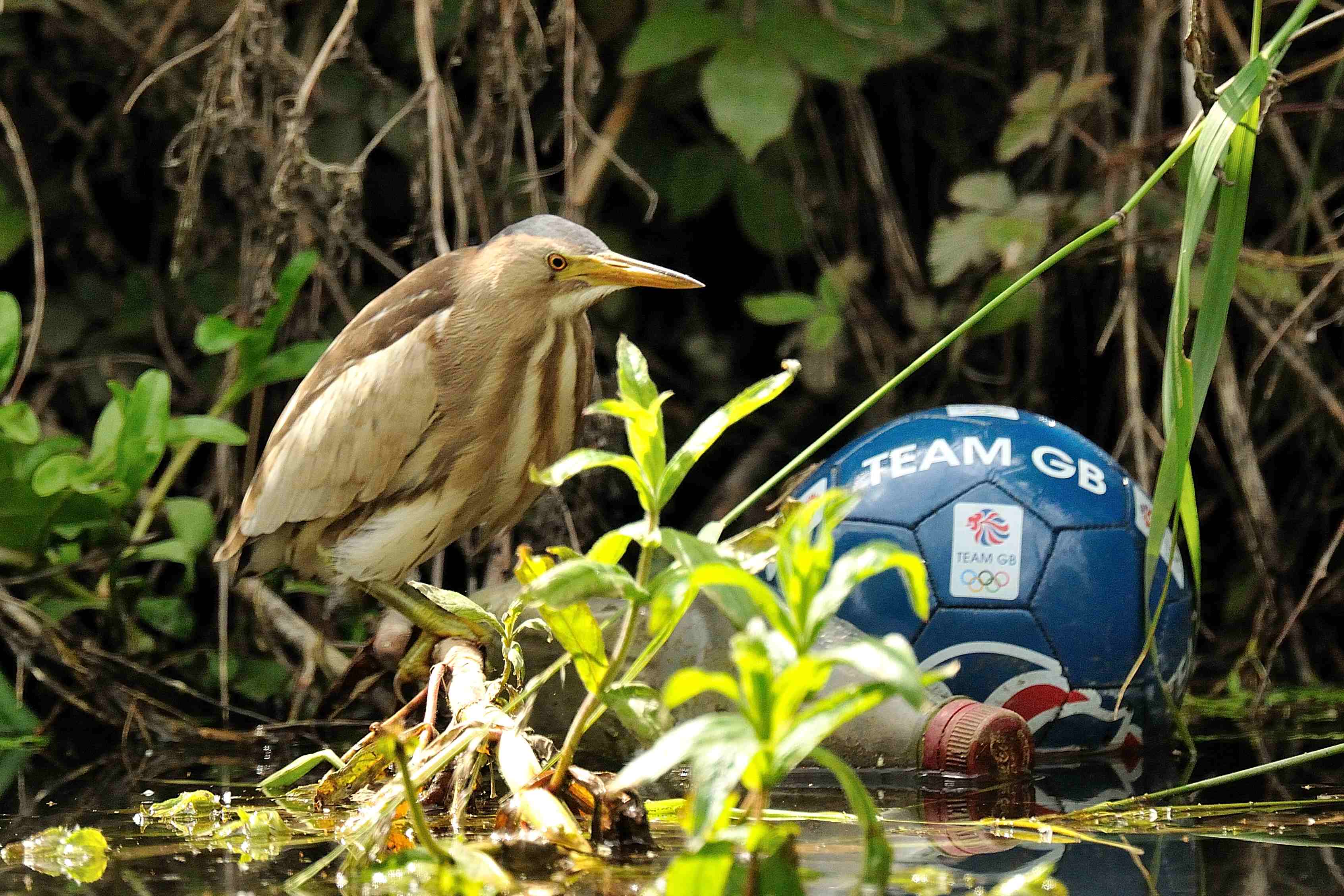 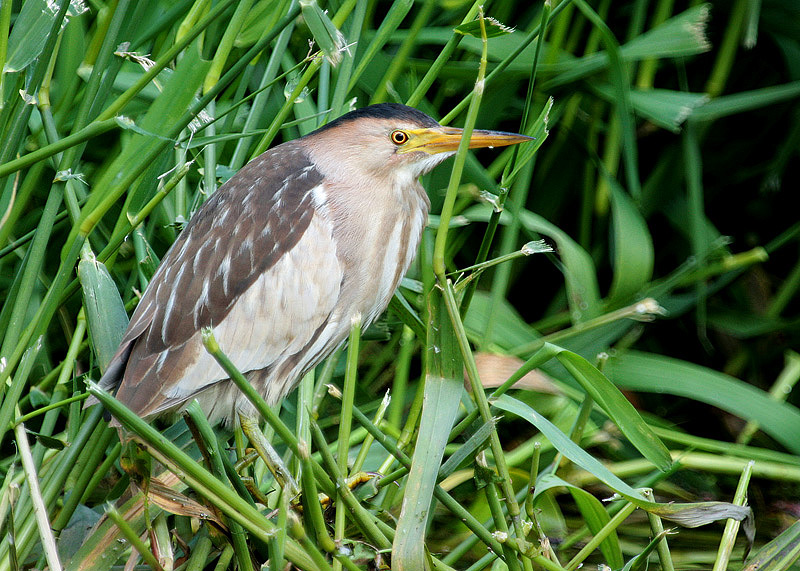 Four White Storks remained in the Knapp (Somerset) area to 18th, taking a brief flight southeast into Dorset on 17th. On 19th, they were noted on the North Welsh coast yet again, overflying Penrhyn Bay (Conwy) during the mid-morning. Three over Felpham (W Sussex) on 20th seem likely to be new birds, unless there have been two groups of four in the country for some time. Later in the day, they were found in fields at nearby Lidsey. 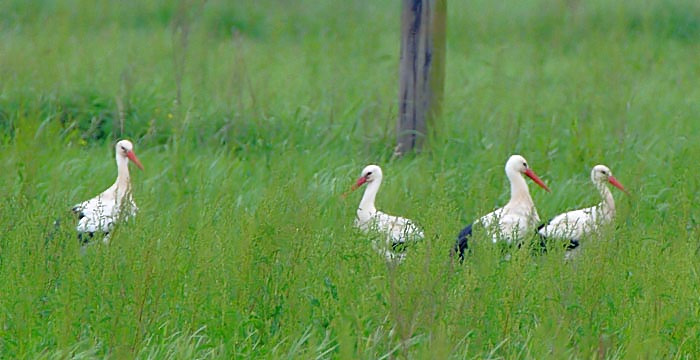 A Black Kite first seen at Sumburgh Head (Shetland) on 18th spent the following 24 hours touring much of the south mainland, although it tended to favour the landfill site at Gremista, where it was seen twice on 19th. Others were reported over Lincoln (Lincs) and St. John's Loch (Highland) on 17th and 19th respectively. First put on the map by a Pallid Harrier there last spring, Slemish Mountain (Antrim) scored another great bird of prey this week with a young male Red-footed Falcon spending five days in the area from 14th. Others were briefly in Durham and East Yorkshire.

As is typical for June, Quail records continued to become more widespread. Nearly fifty reports received on Bird News Extra throughout the week included up to four at Pitstone Hill (Bucks) and Maidwell (Northants), with birds reported from Kent to Highland. A Corncrake continued to sing on Otmoor (Oxon) to 15th. 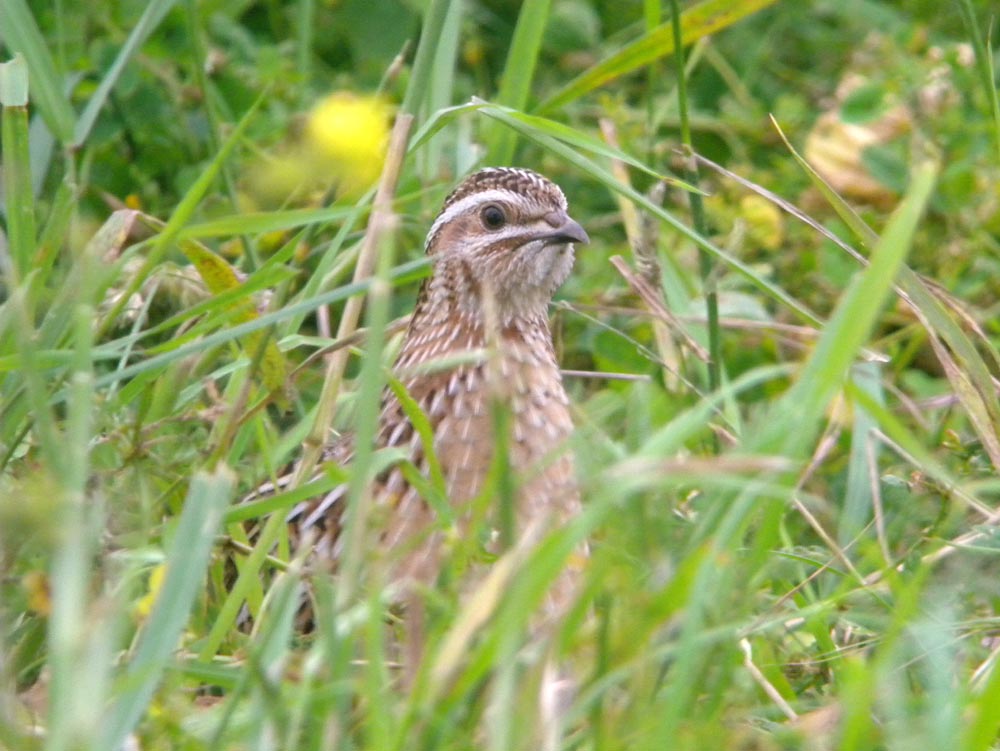 A brief Spotted Sandpiper was at Scaling Dam Reservoir (Cleveland) in the late evening of 18th while, elsewhere in the county, the Long-billed Dowitcher was still at Greenabella Marsh to 17th and a Buff-breasted Sandpiper was just over the county border at Nosterfield Quarry (N Yorks) on 15th. A Pectoral Sandpiper graced Loch of Funzie, Fetlar (Shetland) on 14th, while the only Temminck's Stint of the period was at Fairburn Ings (W Yorks) on 17th. In west Norfolk, the Black-winged Stilt continued its stay at Welney to 18th. But wader of the week goes to the female Grey Phalarope at St. John's Loch (Highland) late on 13th and again on 19th. In Britain and Ireland, birds in such pristine plumage are very rare indeed — is this the first twitchable 'Red' Phalarope since the turn of the century? 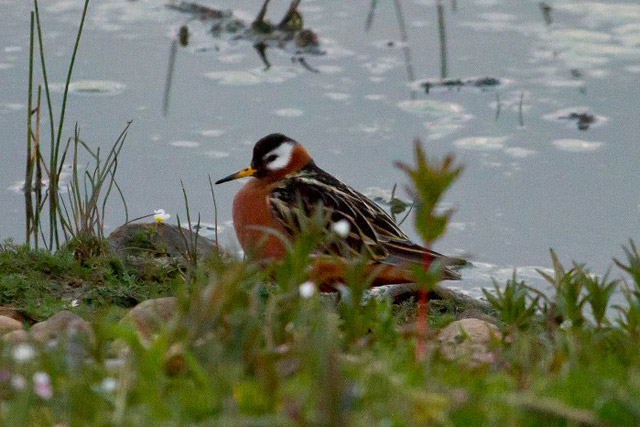 A delicious adult White-winged Black Tern was at Ranworth Broad (Norfolk) on 14th, with what may well prove to be the same bird relocating at Swillington Ings (W Yorks) on 18th then Fairburn Ings from 19th. Although the West Yorkshire-east Norfolk link may seem random, it is not unprecedented: two White-winged Black Terns commuted from Hickling Broad to Swillington and back over a ten-day period in May 2004. Meanwhile, Wexford's Forster's Tern was still at Tacumshin on 17th. 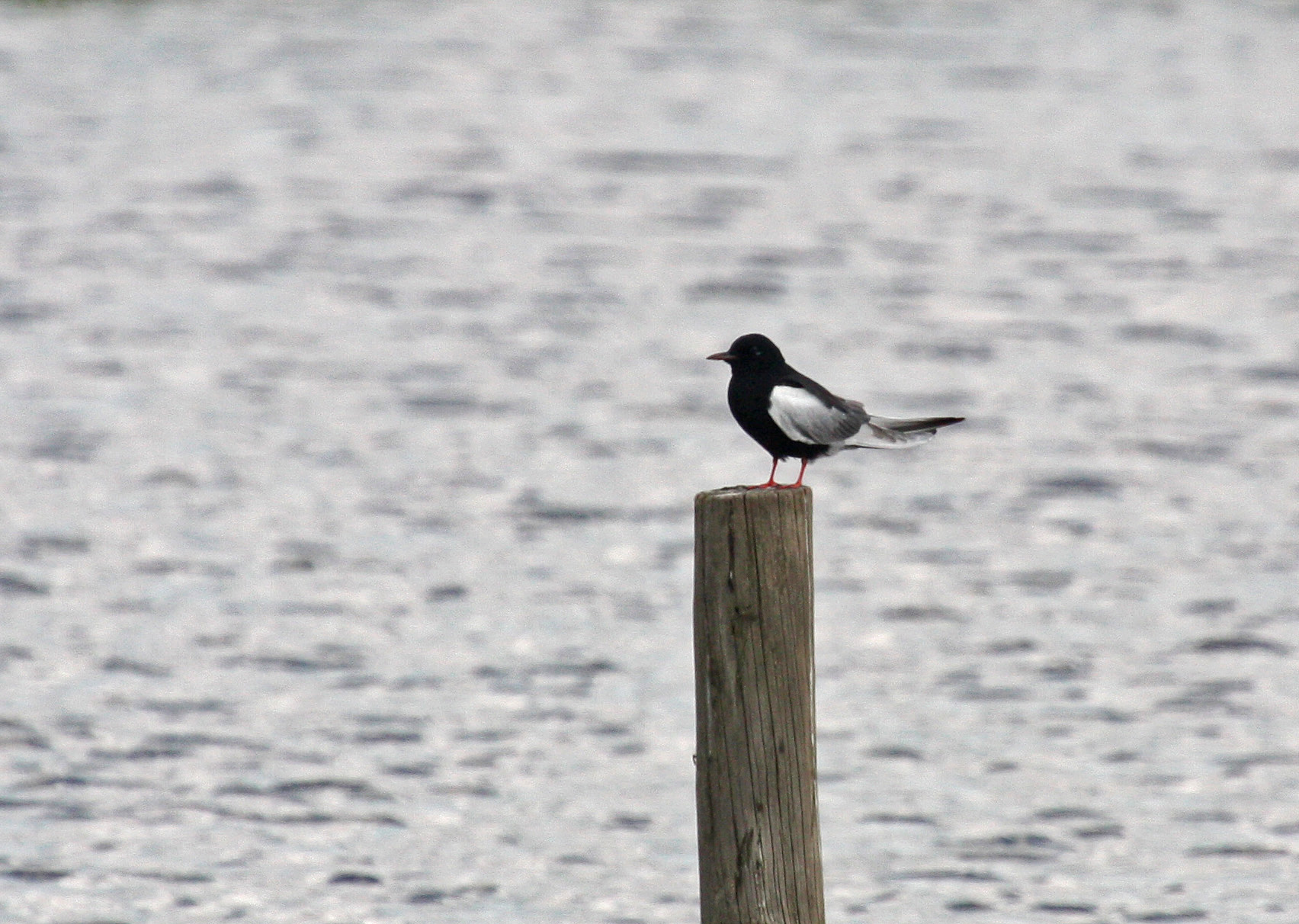 In East Yorkshire, the Roller was still at Aldbrough to 14th only. Five Bee-eaters over Hastings (E Sussex) on 17th were also seen over Ninfield later that day and Blackham on 18th, while four were at Climping (W Sussex) on 14th and singletons overflew Minsmere (Suffolk), Hunstanton (Norfolk) and Prawle Point (Devon). The sole Hoopoe recorded was in gardens at Trefeitha (Powys) on 14th, while Lundy (Devon) held on to its two Short-toed Larks to at least 14th. Another report of a white-rumped swift — possibly Pacific — came from Walberswick (Suffolk) on 15th; no doubt many would appreciate one of these birds lingering long enough for identification to be confirmed either way.

Singing Iberian Chiffchaffs continued at Porlock (Somerset) and Kenidjack Valley (Cornwall) throughout, while the Savi's Warbler again reeled at Blacktoft Sands (E Yorks) on 14th and 20th. Of the recent Marsh Warblers, only the singing male at Hauxley (Northumberland) lingered. New birds were found on Shetland (Fair Isle on 15th–16th and Sumburgh Head on 16th), on Orkney (Burray on 17th), on Scilly (St. Mary's on 19th) and in Hampshire (Somerley Park on 20th). Just two Icterine Warblers graced the predictable locations of North Ronaldsay and Fair Isle, and a Melodious Warbler was seen on Jersey.

Red-backed Shrikes were just about the only migrant that continued to arrive with any regularity: at least eight were seen during the week. Of note were a female near Silverdale (Staffs) on 16th and a male at Scaling Dam (Cleveland) on 18th; the rest were scattered along the east coast between Suffolk and Orkney. A Woodchat Shrike at Gunton (Suffolk) from 19th was the only new individual this week, although others were still on the Great Orme (Conwy) and at Winterton Dunes (Norfolk) on 14th. There was also an unseasonable report of a Great Grey Shrike from South Ronaldsay (Orkney) on 13th — it would have been interesting to know whether Steppe Grey was considered! 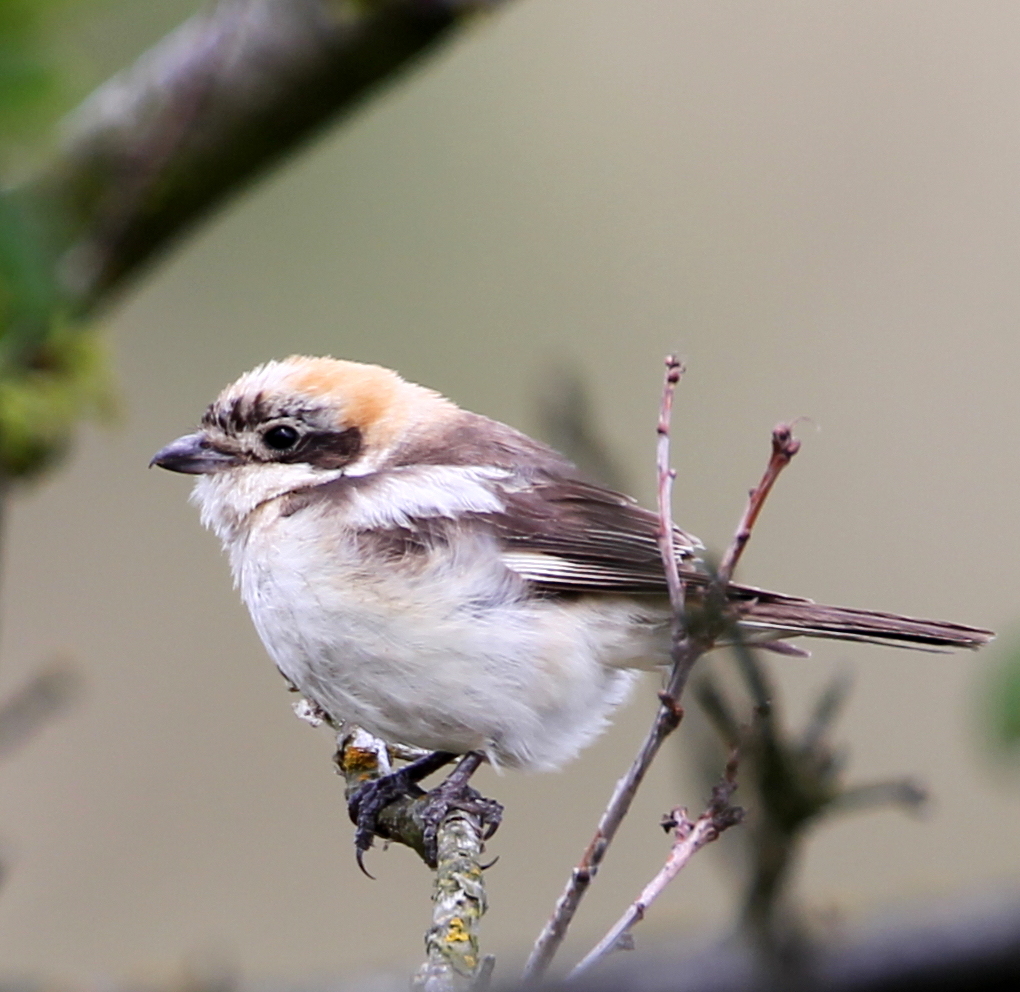 Following plenty of belated, brief and untwitchable birds in private gardens over the past couple of weeks, it was nice to see a Rose-coloured Starling finally give itself up to the masses. The bird, an adult male, paraded around in front of a steady procession of admirers at Rhos-on-Sea (Conwy) from 16th, mirroring a record from the resort in July 2003. However, three of the week's other four records were frustrating: birds at Stockton-on-Tees (Cleveland) and Whitley Bay (Northumberland) on 10th and 16th were both reported belatedly, while a male in Minions (Cornwall) on 17th stuck to private gardens. A fourth was found at Frampton Marsh (Lincs) late on 20th; perhaps this individual will prove more co-operative. 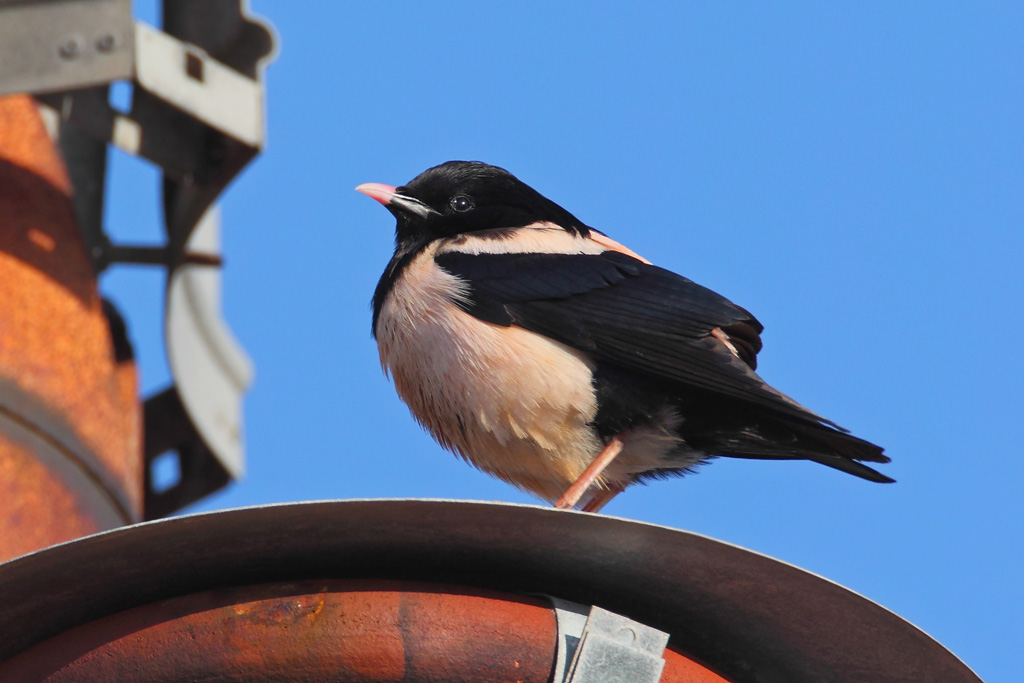 An unexpected Red-breasted Flycatcher on the Farne Islands (Northumberland) on 16th will no doubt prove the final bird of the 'spring'. The same cannot be said for the Common Rosefinch on the Isle of May (Fife) the following day, given the species' propensity for turning up in midsummer. Two Serins flew south over Noirmont Point (Jersey) on 18th.

In the coming few weeks, things look set to become even quieter. However, with Norway hosting a male Rose-breasted Grosbeak, Sweden a Great Knot and Svalbard a couple of Spectacled Eiders this week, perhaps we can still hope for a midsummer 'biggie'. After such an unsettled spring, perhaps a lost Nearctic waif is on the cards; no doubt a repeat of Evening Grosbeak would go down well.... 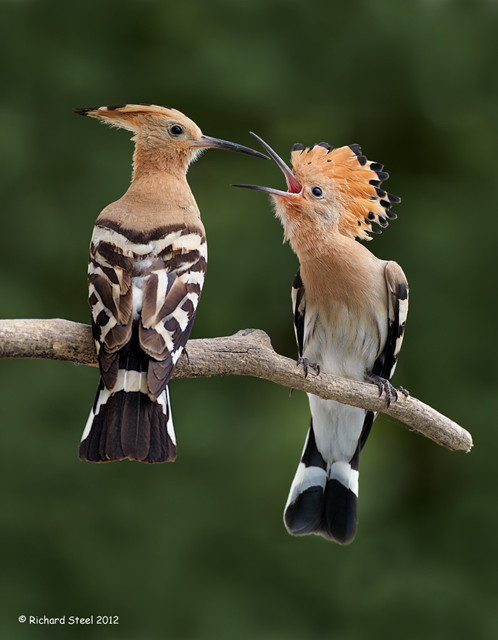 Hoopoes are such attractive and exotic birds that any bird photographer would jump at the chance to photograph them. As a result, when they occasionally visit the UK, they have no shortage of snappers desperate to get a decent image. Unfortunately, though, these displaced individuals rarely afford good photographic opportunities and so the majority of our photo submissions are just record shots; none has made it into our Photo of the Week annals. The solution, as Richard Steel realised, was to travel to photograph them in their native habitat, in this case eastern Hungary. A 'honeypot location' for some of Europe's most most photogenic species, the Hortobágy National Park certainly delivered the goods as Richard was faced with a double helping of Hoopoes on a single branch. As usual, Richard applied impeccable timing and technique to capture the moment perfectly, with all technical and artistic elements spot-on. We're looking forward to seeing more delights from Richard's trip over the coming days. 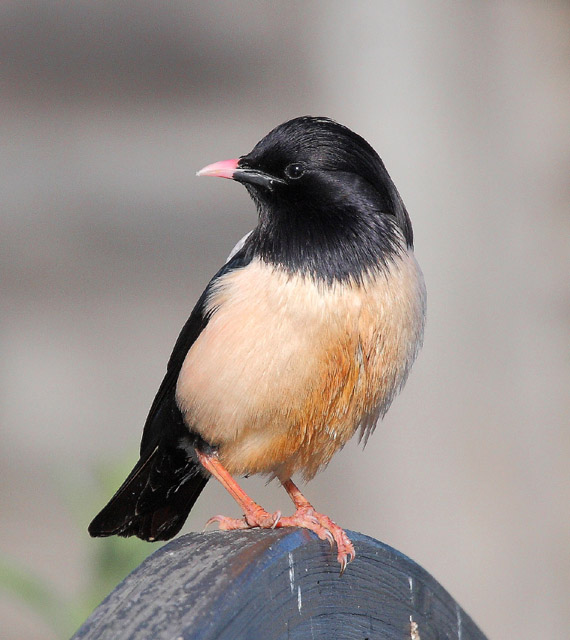 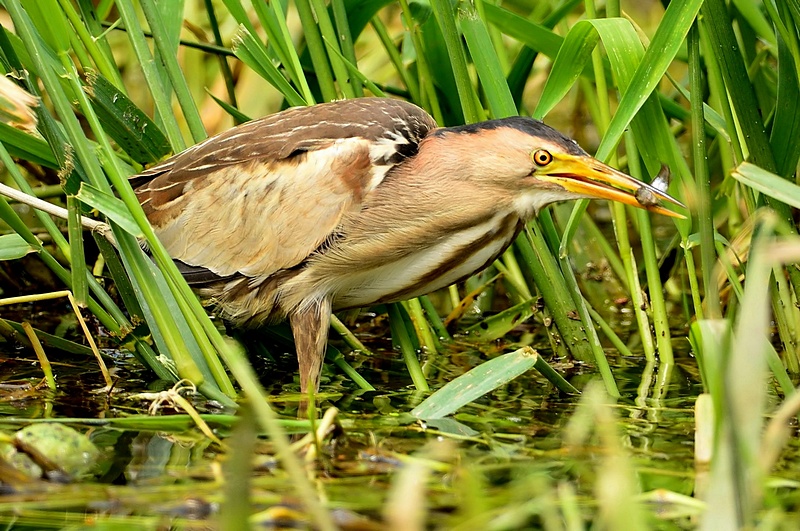 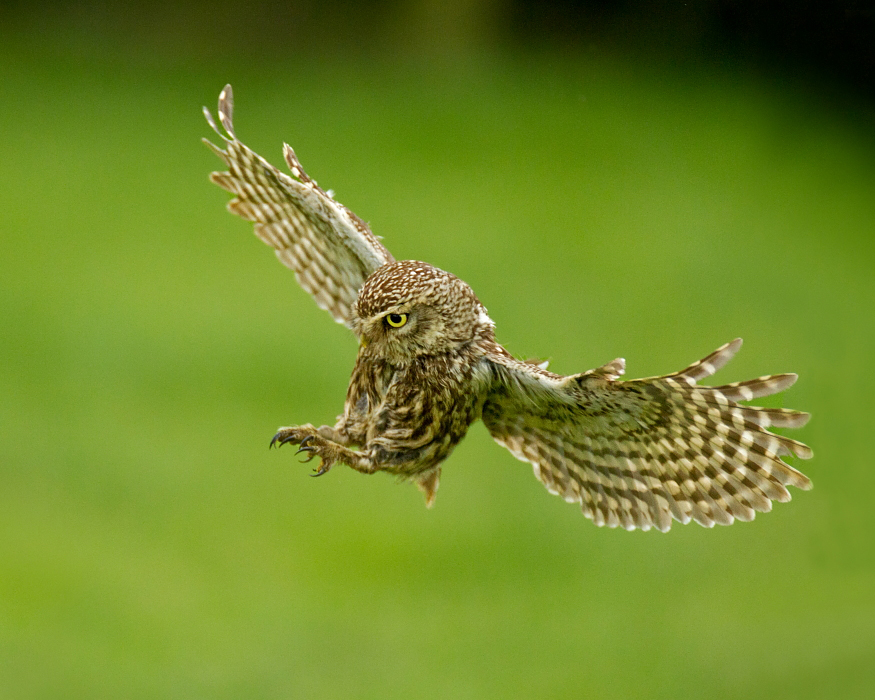 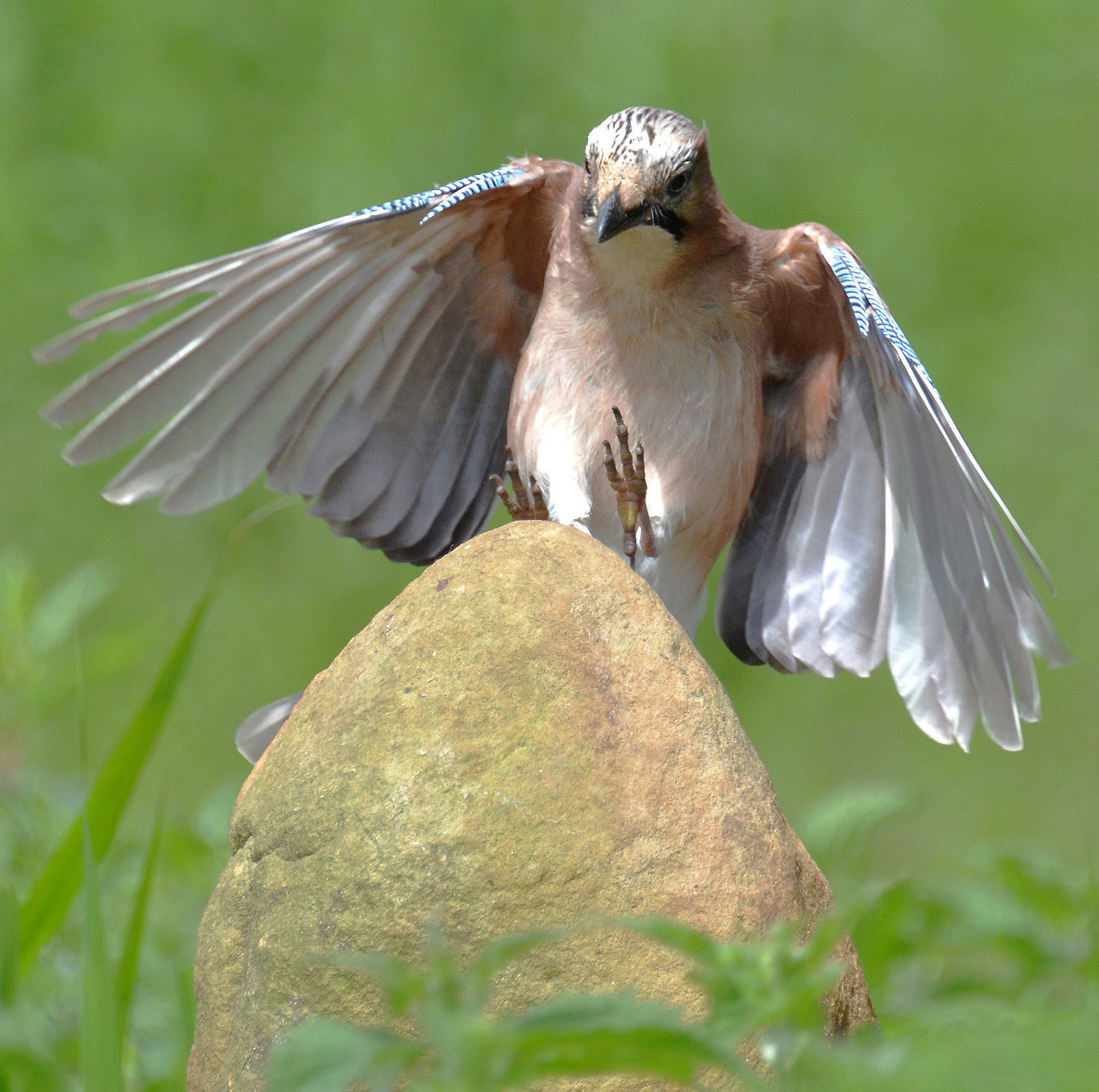 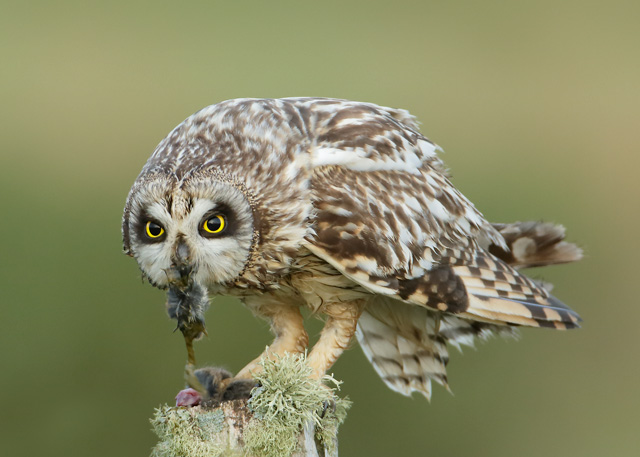 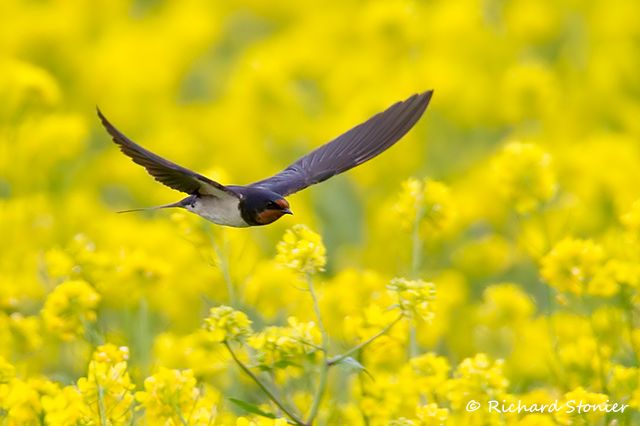 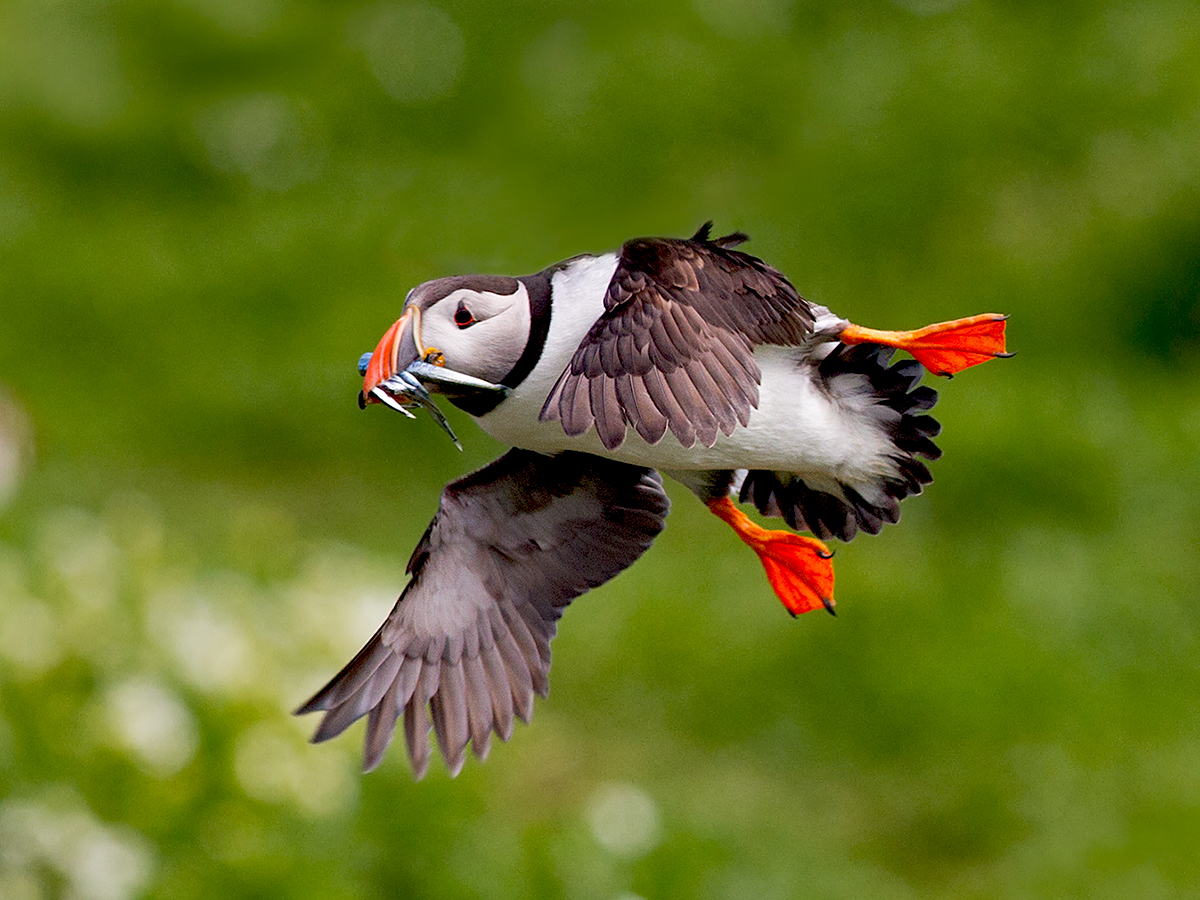 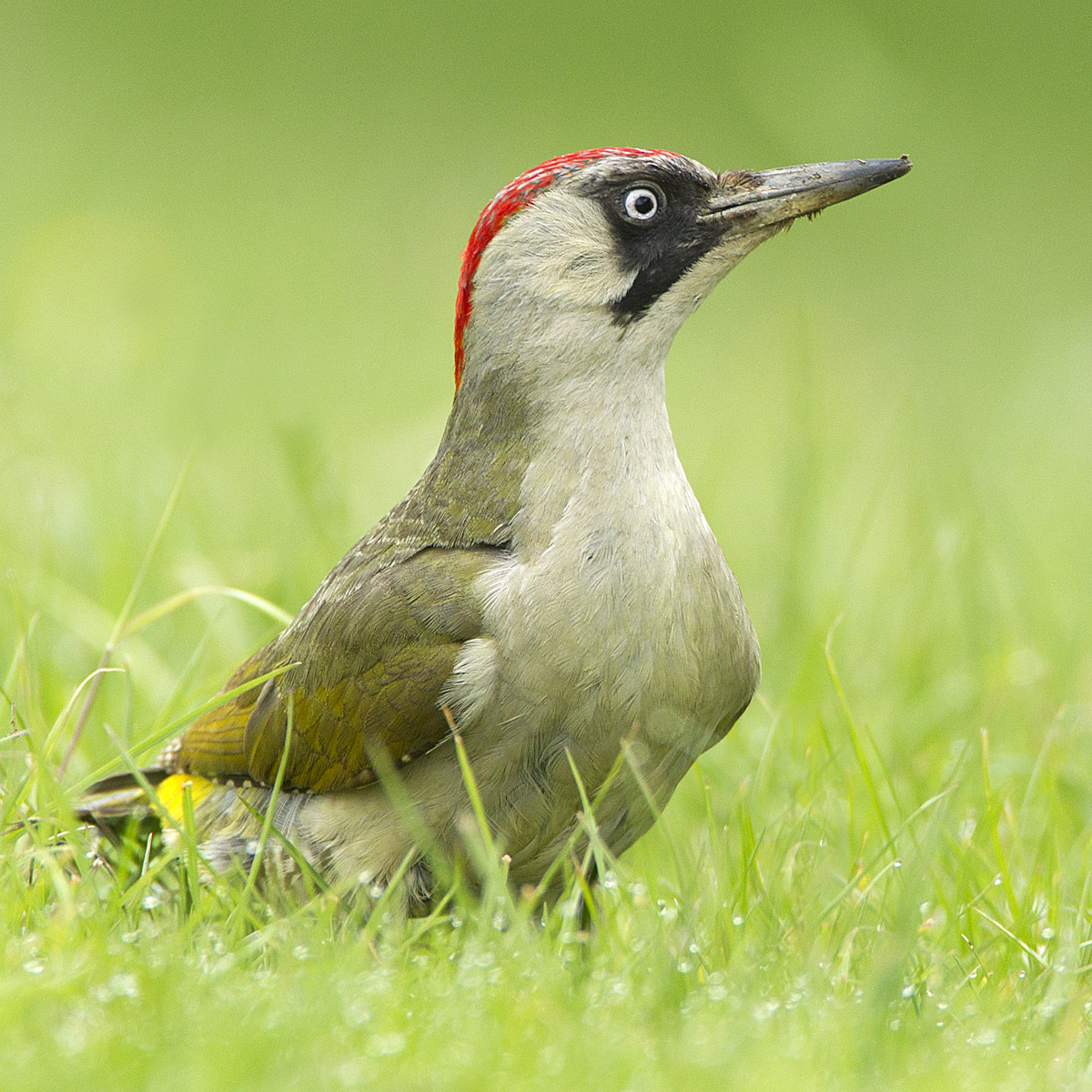 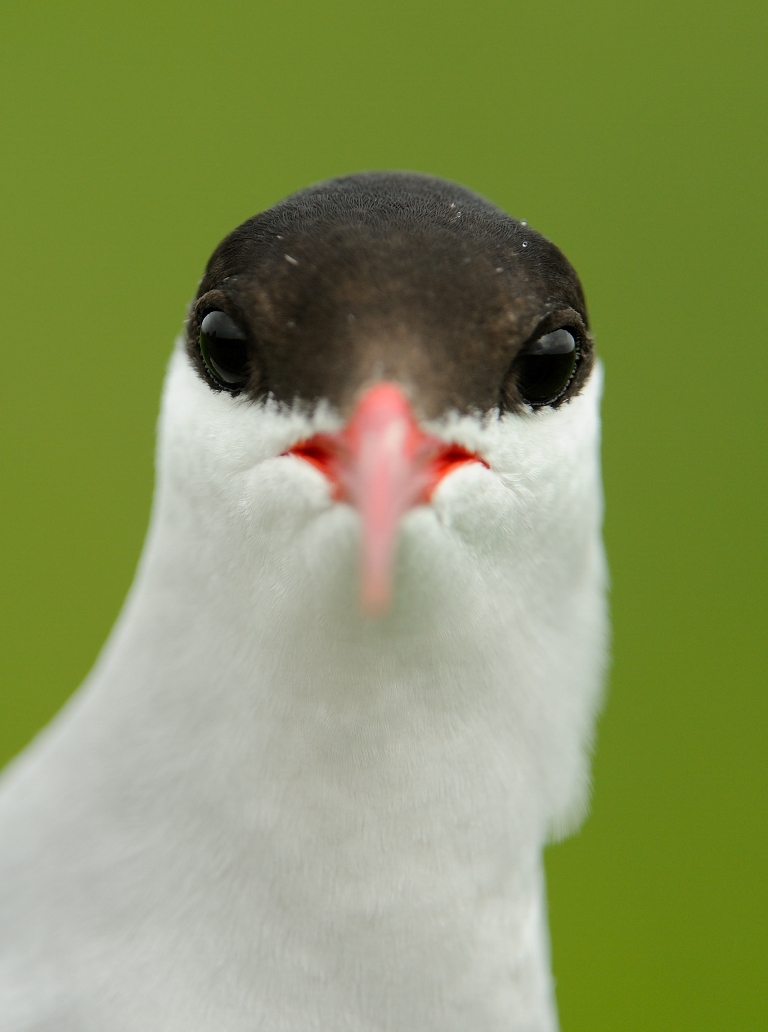 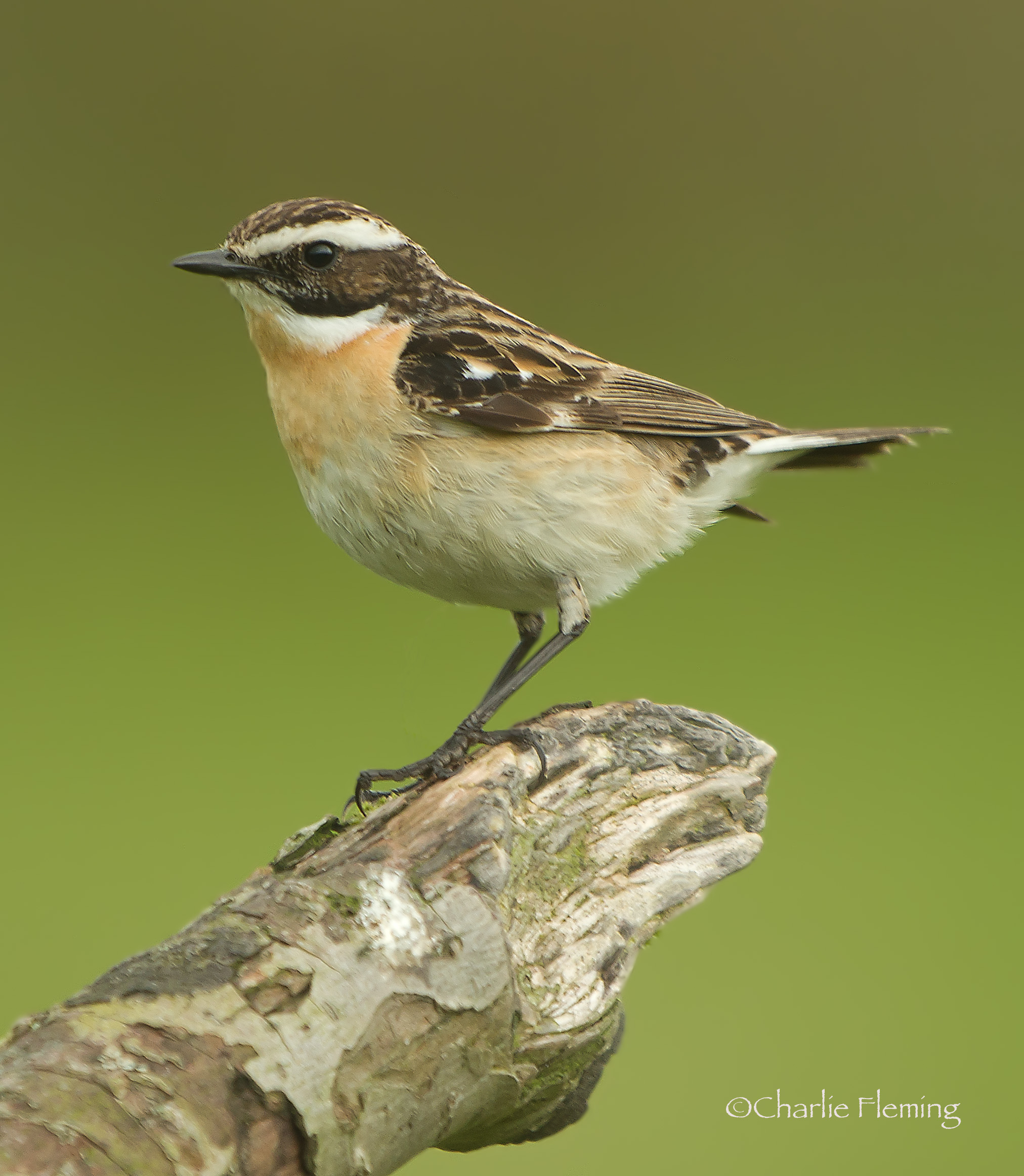 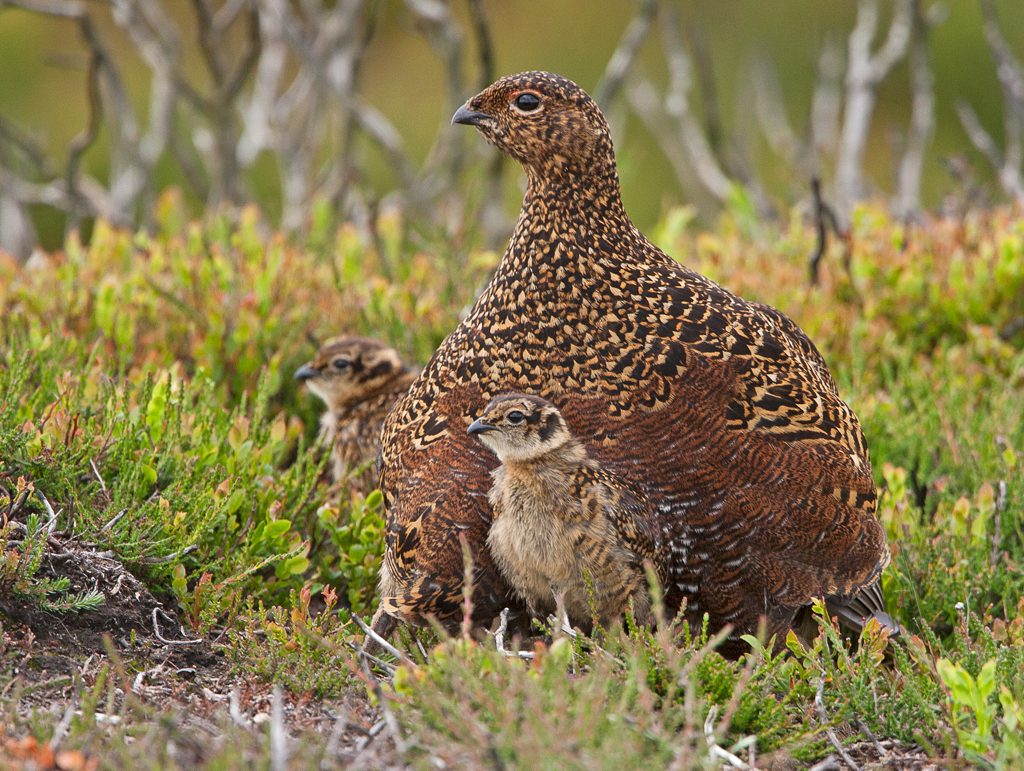