At last — proper summer! Temperatures soared from Sunday onwards as many places enjoyed their hottest days of the year on Monday and Tuesday. Unfortunately the sultry weather is yet to produce anything spectacular on the bird front and it's fair to say that the summer doldrums were well and truly still in place.

The American White-winged Scoter continues to float contentedly off the Aberdeenshire coastline at Murcar Golf Course (it was still there on 18th). At least one drake Surf Scoter also remains there, with another male still off Musselburgh, Lothian, but the King Eider hasn't been seen off Murcar since 12th. The Ferruginous Duck was also still in Co Durham but wildfowl news was otherwise scant. The White-billed Diver lingered off Findhorn, Moray, to at least 16th. 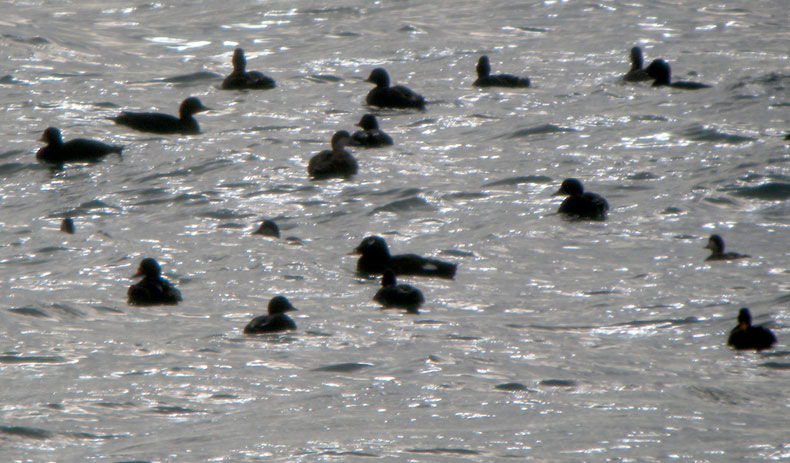 After threatening to continue eastwards as it flirted with the Devon border, the Dalmatian Pelican got cold feet and headed back west to the familiar territory of the Fal Estuary at Ruan Lanihorne, Cornwall, from 17th. July tends to be a good month for Black Stork records and one over Shipley, W Sussex, on 14th was right on cue. It flew over Pulborough Brooks later that day before presumably relocating to Yateley, Hants, on 16th — though one wonders whether it's the bird seen flying over Guernsey on 17th. At least two Little Bitterns continued to sing at Ham Wall, Somerset, but the male was not reported at Old Moor, S Yorks, after 14th. 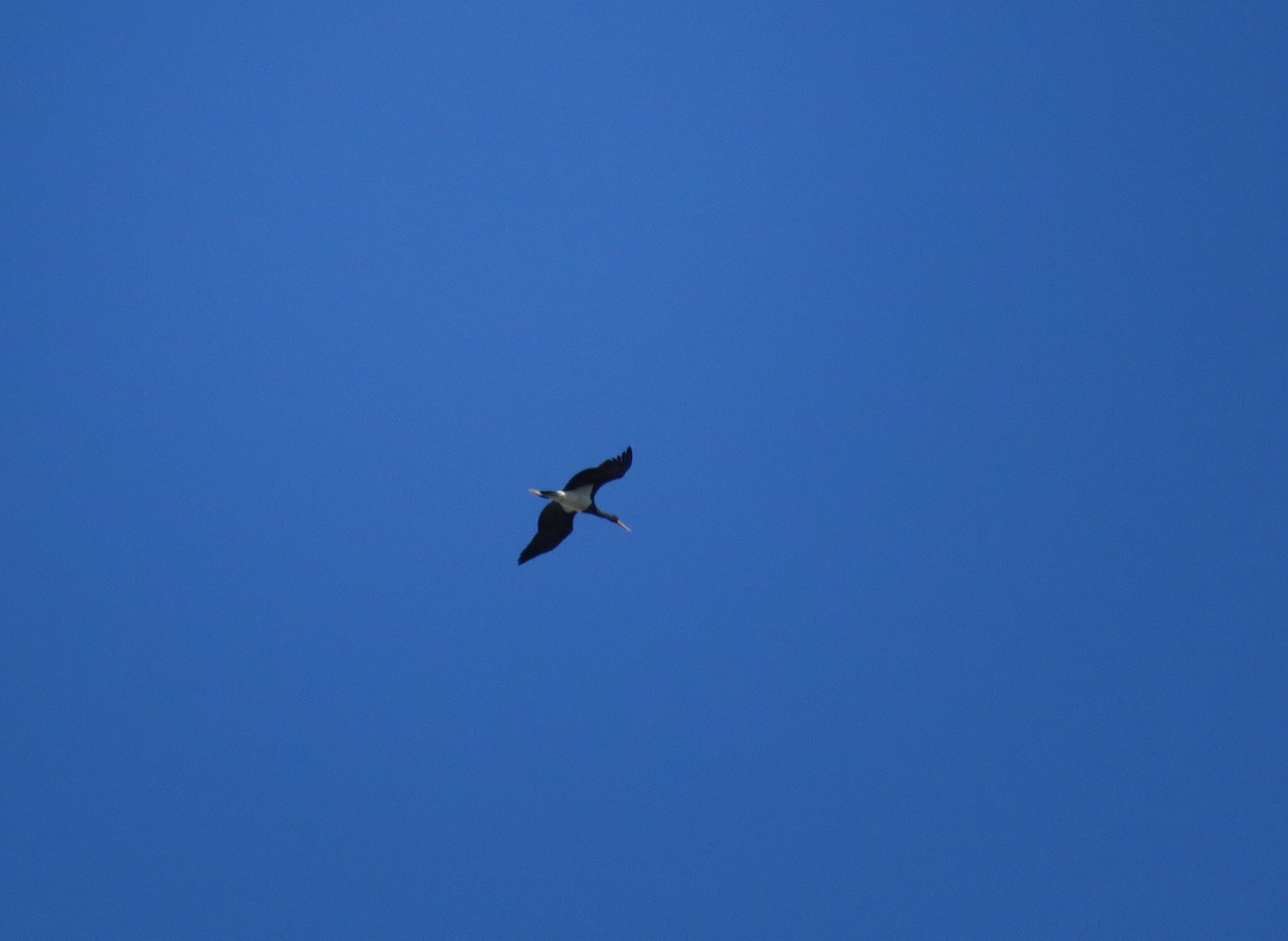 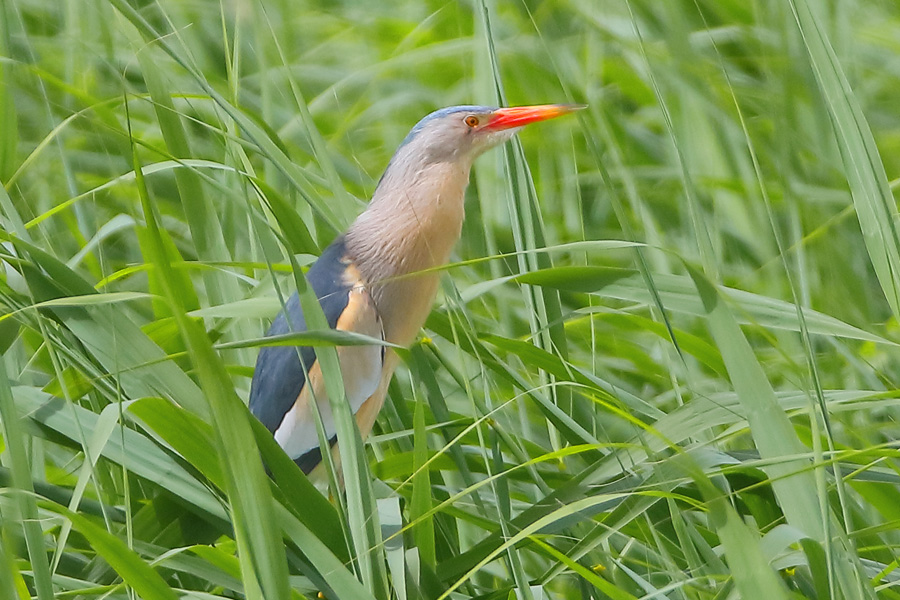 In an altogether more settled week it was no great surprise that seabird news dropped off a little: apart from one past Porthgwarra on 15th, the only Cory's Shearwater report came from the Scillonian, and the only Great Shearwaters were seen from pelagics off Baltimore, Co Cork, on 17th and Scilly on 18th. The former pelagic (on 17th) produced a pleasing three Wilson's Storm-petrels, while a further two were recorded from a vessel c.40km off Slyne Head, Co Galway, on 13th.

Cornwall's Hudsonian Whimbrel continued at Perranuthnoe, but last week's Collared Pratincole in Somerset failed to linger beyond mid-afternoon on 13th. The Terek Sandpiper that spent the day at Bull Island, Co Dublin, on 16th was a fine Irish occurrence. It represents the third for Dublin, all of which have come since 2009. A Pectoral Sandpiper was at Flamborough Head, E Yorks, on 13–14th and another was at West Ashby, Lincs, from 16–18th. Last week's Temminck's Stint was still at Low Newton, Northumberland, to 14th and the Red-necked Phalarope remained at Grindon Lough to at least 17th; three further Red-necked Phals were on North Ronaldsay on 17th. 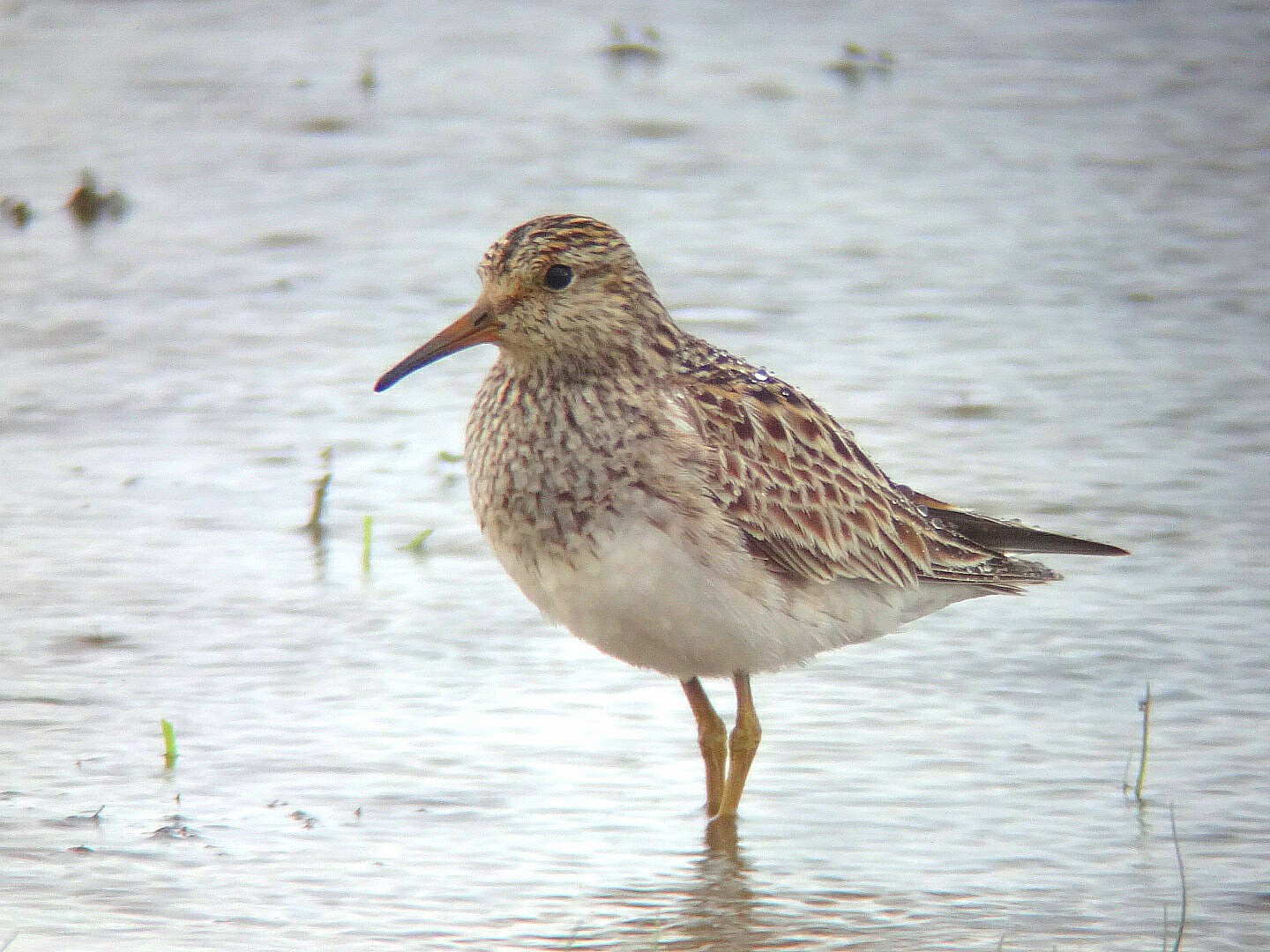 A Sabine's Gull chose the unlikely setting of Carr Vale, Derbyshire, to spend the week and was probably the most popular bird of the period as well as an excellent county record. Both Bonaparte's Gulls remained in residence: the stunning adult at Oare Marshes, Kent, and the altogether less impressive first-summer on the Wansbeck Estuary, Northumberland. An adult Ring-billed Gull returned to Lurgan Green, Co Louth, on 16th but there was no sign of last week's White-winged Black Tern in South Yorkshire. Caspian and Yellow-legged Gull numbers continue to build steadily — for example counts of three Casps and 65+ Yellow-legs were made at Stanwick Pits, Northants. 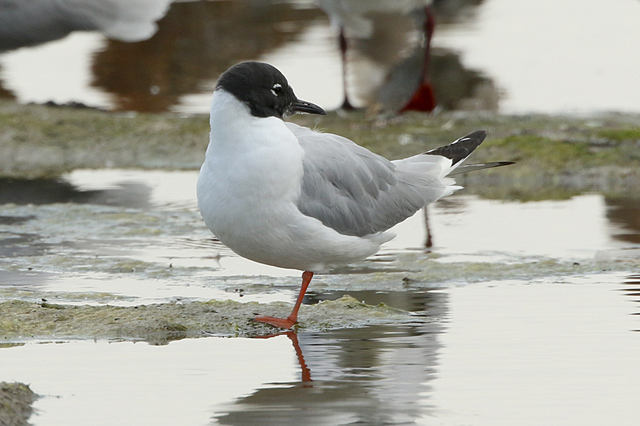 A European Bee-eater flew over Wrentham, Suffolk, on 14th and there were reports of Hoopoes at Ringstead Bay, Dorset, on 15th and Congerstone, Leics, on 16th. A female Woodchat Shrike was near St Osyth, Essex, on 16th and a Red-rumped Swallow was at Burgh-le-Marsh, Lincs, the same day. In Dorset European Serins were at both Portland and Durlston on 17th.

Arguably the most exciting discovery was a Black-browed Albatross briefly on the Norwegian island of Hornøya, Finnmark — one wonders whether it's the bird previously seen in Germany, Denmark and Shetland, particularly as that hasn't been noted elsewhere for over a month now.

Also in Norway, a drake Stejneger's Scoter at Fauske, Nordland, must be a returning bird back for its second summer here. The German island of Heligoland held onto its Masked Shrike to at least 18th, while Azores records included a Least Sandpiper at Mosteiros, São Miguel, on 16th and late news of a Royal Tern on the same island at Feteiras on 30 June. 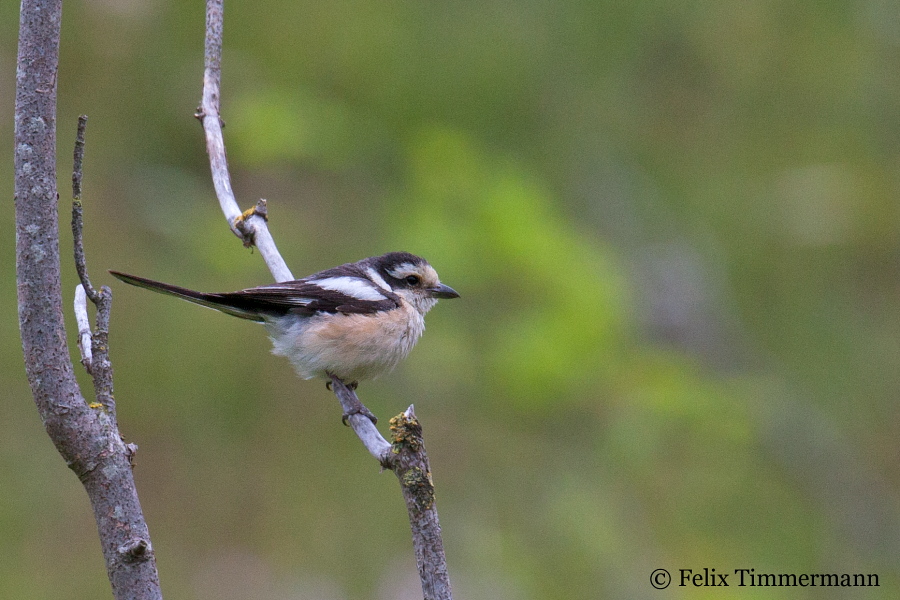 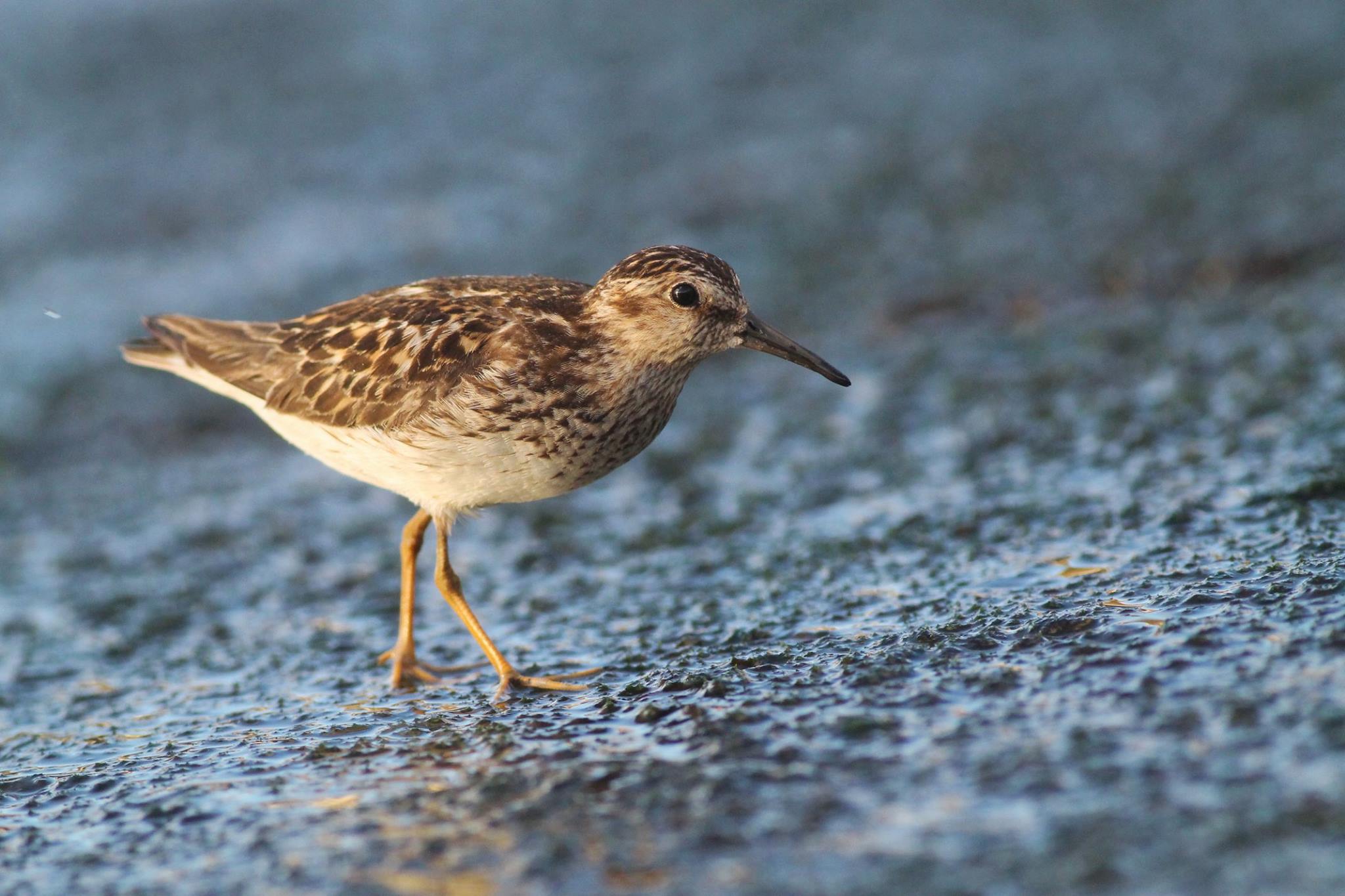 From a Western Palearctic perspective, it's hard to top the Tawny Eagle at Tse'elim, Israel, from 14th. With breeding birds seemingly long gone from Morocco, this species is now only a very rare vagrant to the region, and a twitchable individual may well prove a popular summer fixture with keen regional listers.