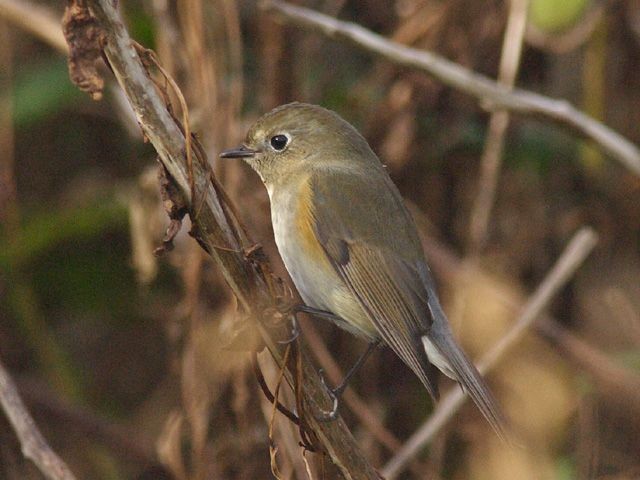 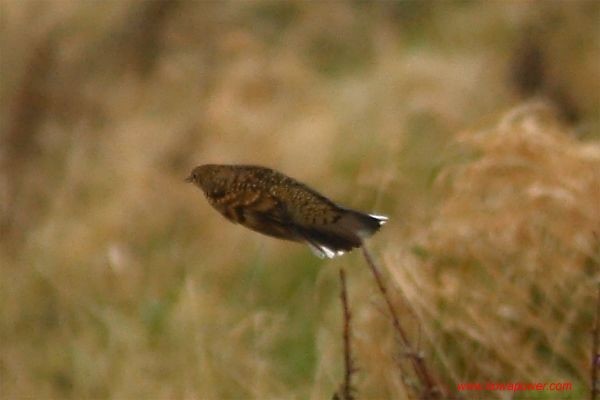 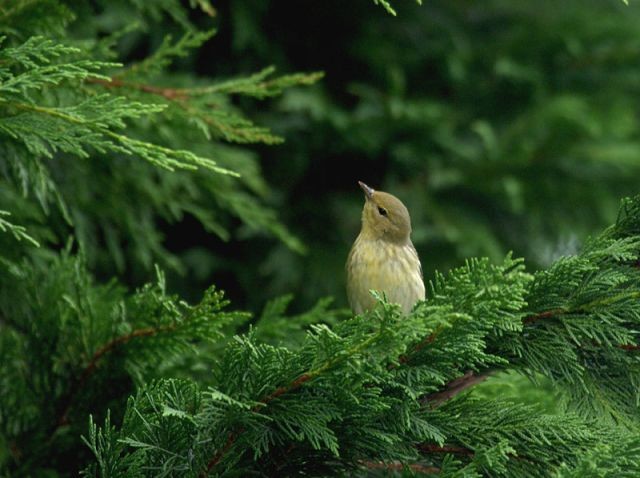 A further crop of rarities arrived from both east and west this week. From the Nearctic, Grey-cheeked Thrushes were at Cape Clear (Co. Cork) on Monday 15th and on St. Mary's (Scilly) from Friday 12th to Wednesday 17th at least. These are the second and third reports this year (another was on Fair Isle in September) and represent a good showing for this species. A Blyth's Pipit was found on the football field on Tresco (Scilly) on Tuesday 16th and was still present at the time of writing, and another was on the airfield at Sumburgh (Shetland) on Wednesday 17th. These are the first records of this Asian species this year, following on from three reports last year; to 2005 only 13 records had been accepted by the BBRC. Shetland also boasted a showy Red-flanked Bluetail at Scatness over the weekend (but not seen since) and a White's Thrush at Sumburgh on Saturday 13th. Scilly chipped in with a Wilson's Snipe; this Nearctic equivalent of our Common Snipe has been "split" by American authorities, and its taxonomic status is under review by our own BOURC, so most birders on their autumn pilgrimage to the islands will have made the effort to see it in the hope of an "armchair tick" at some point in the future. Last week's Blackpoll Warbler remained on St. Mary's (Scilly), as did the Killdeer on Shetland, which has now been present for more than six months. 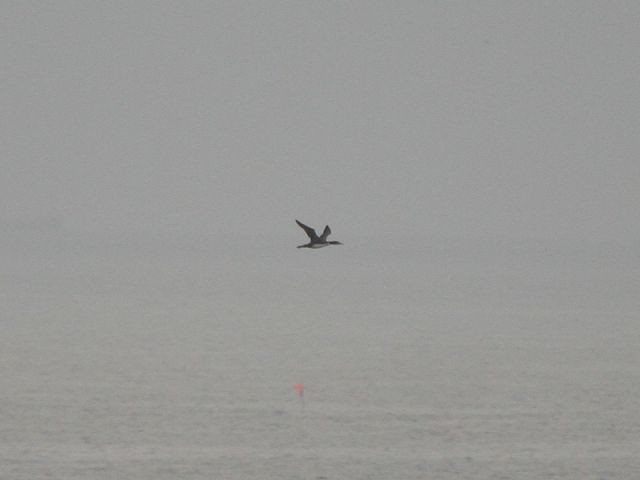 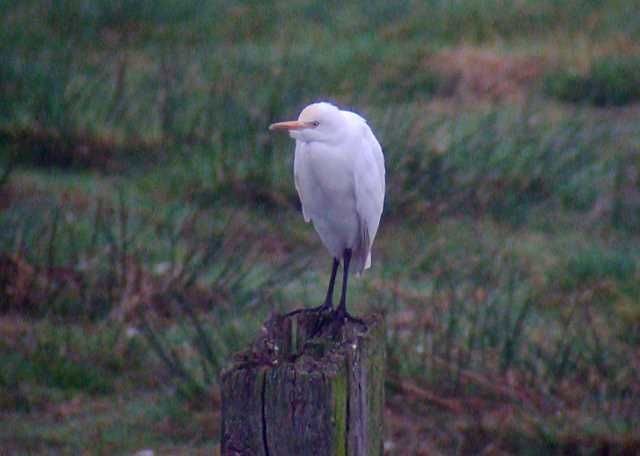 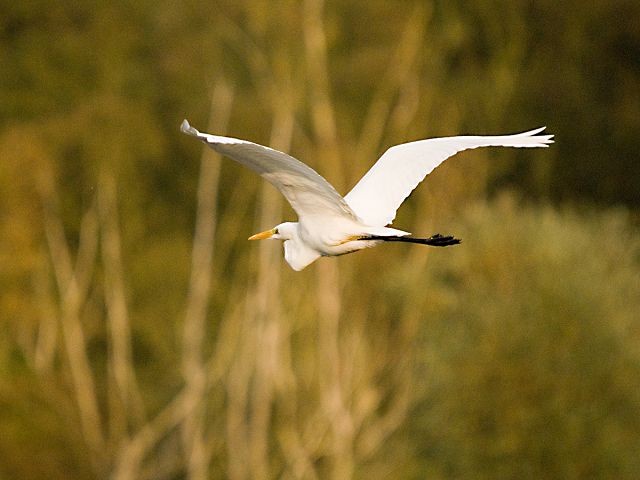 The White-billed Diver was still off Selsey Bill to Tuesday 16th and at least two were seen off northeastern coasts on the morning on Saturday 13th. Cattle Egrets were present at Rainham Marshes (London), Lower Farm GPs (Berks), Seaton Marshes (Devon) and Chew Valley (Somerset) and around 10 Great White Egrets were scattered between the Hebrides and the Scillies. The long-staying Lancashire Glossy Ibis stayed faithful to Marshside RSPB. Purple Herons remained in Somerset and Cambridgeshire, and the Night Heron at Gibraltar Point (Lincs) remained until Sunday 14th. Apart from one in Suffolk, Spoonbill reports were limited to the species' traditional wintering areas in the southwest of England.

Snow Geese were at large in Norfolk and Lothian, Richardson's Canada Geese were reported from Caerlaverock (Dumfries & Galloway) and Loch Gruinart (Islay), and Black Brants were reported from Dorset, Essex and Norfolk. A Lesser Scaup has now been present for a fortnight at Blagdon Lake (Somerset). Newly reported Ring-necked Ducks were in Londonderry and Orkney, with the Loch of Tingwall (Shetland) bird still lingering from previous weeks. A Ferruginous Duck was at Martham Broad (Norfolk) on Saturday 13th. Only two sites, both RSPB reserves, produced Green-winged Teal sightings, namely Marshside (Lancs) and Inner Marsh Farm (Cheshire). Rare seaducks comprised a King Eider off Shetland and Surf Scoters off the Hebrides and Orkneys.

The Black Kite at Nocton Heath (Norfolk) prolonged its stay, and Rough-legged Buzzards were reported from Kineton (Warks) and Foula (Shetland). An adult Red-footed Falcon was seen briefly at Tarbat Ness (Highland) and a possible Gyr Falcon was reported from Downholland Moss (Lancs) but not seen subsequently. 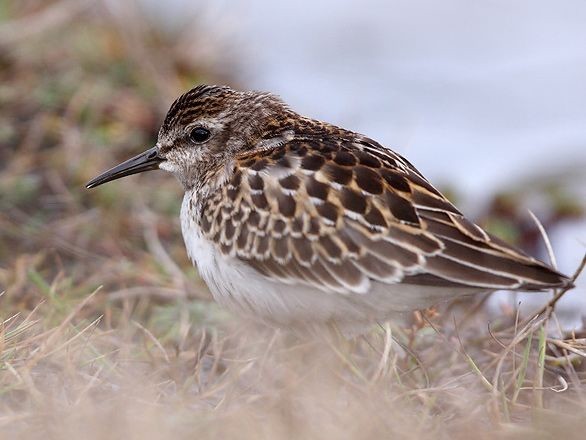 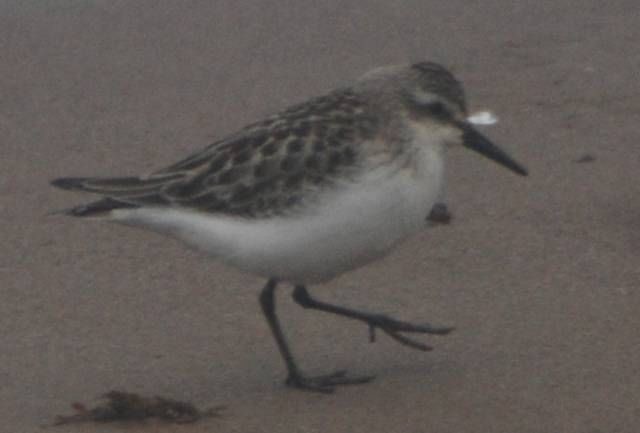 A good number of American Golden Plovers were present, with birds in the Outer Hebrides, Co. Donegal, Shetland, East Yorkshire, Northumberland and Lincolnshire, and a "probable" in Somerset the only southern bird. A Marsh Sandpiper on Mull was seen at two sites on Friday 12th but not relocated; Lesser Yellowlegs were on Scilly, Shetland and in Co. Cork. The only Spotted Sandpiper was the bird on Yell (Shetland), reported on Thursday 11th. Similarly the only Red-necked Phalarope was last week's bird at Kelling (Norfolk). A handful of Grey Phalaropes were seen off western coasts but the only inland bird was on Port Meadow (Oxon). A Great Snipe was reported on Jersey on Sunday 14th. A new Long-billed Dowitcher turned up at Dundalk Docks (Louth); the birds in Kent, Co. Londonderry, and Lincolnshire all put in appearances this week. A Semipalmated Sandpiper has been near Dale on the Gann Estuary (Pembrokeshire) since Sunday 14th, and a Least Sandpiper was found and photographed at the Butt of Lewis (Outer Hebrides) on Friday 12th. White-rumped Sandpipers were in Shetland and Argyll during the week and a juvenile Baird's Sandpiper was seen at a private site on Loch Leven (Perth/Kinross). Seven Pectoral Sandpipers were at large, mostly from the south of England, the exceptions being birds on Orkney and in East Yorkshire. Only two Buff-breasted Sandpipers were reported, from Paull Holme Strays (E. Yorks) on Friday 12th and the Swords Estuary (Dublin) on Tuesday 16th.

Rare and scarce gulls were limited to a reported Audouin's Gull past Prawle Point (Devon) on Monday 15th, Ring-billed Gulls in Staffordshire, Dorset, Co. Clare and Greater London, and Sabine's Gulls from various seawatching points plus inland birds at St. Michael's on Wyre (Lancs) and Upper Bittell Reservoir (Worcs). A White-winged Black Tern was reported from Rutland Water on the afternoon of Saturday 13th.

Hoopoes were seen in Belfast and on Loch Lomond and, in a thin week for the species, Wrynecks were on Scilly and in Norfolk and Cornwall. Short-toed Larks were on St. Mary's (Scilly), Shetland and Fair Isle. A Red-rumped Swallow was reported at Mizen Head (Co. Cork) on Sunday 14th. It was a good week for pipits; as well as the Blyth's Pipits on Scilly and Shetland, an Olive-backed Pipit was seen on Fair Isle on Friday 12th and last week's bird on Foula was last seen on Tuesday 16th; a Pechora Pipit was at Toab (Shetland) from Friday 12th until Sunday; and Buff-bellied Pipits remained from last week in Oxfordshire, Co. Clare and Co. Cork. Of the commoner pipits, Red-throated Pipits were reported from Flamborough Head (E. Yorks) and on Scilly, and around 14 Richard's Pipits ranged from Shetland to Scilly, with the only inland bird a possible over Blithfield Reservoir (Staffs). A Lesser Grey Shrike was on Dersingham Bog (Norfolk) on Monday 15th and Tuesday 16th (overlapping with a Great Grey from 16th to 17th). Five Red-backed Shrikes were in Scilly, Essex, Kent, Norfolk and Shetland, and in excess of 20 Great Grey Shrikes were scattered throughout England, the only exception a Scottish bird still at Gryfe Reservoirs (Clyde). The lingering Woodchat Shrike was on St. Mary's (Scilly) all week. 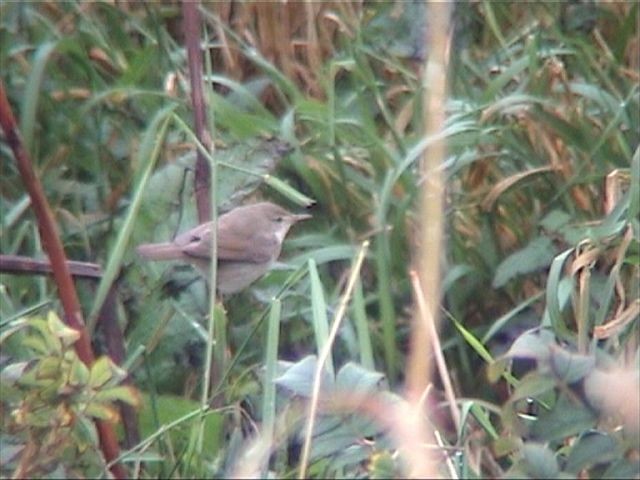 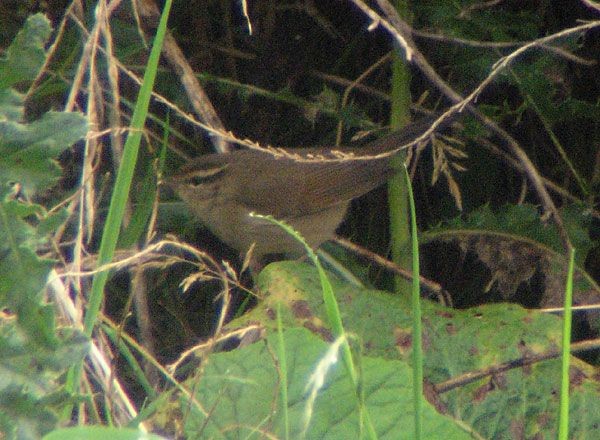 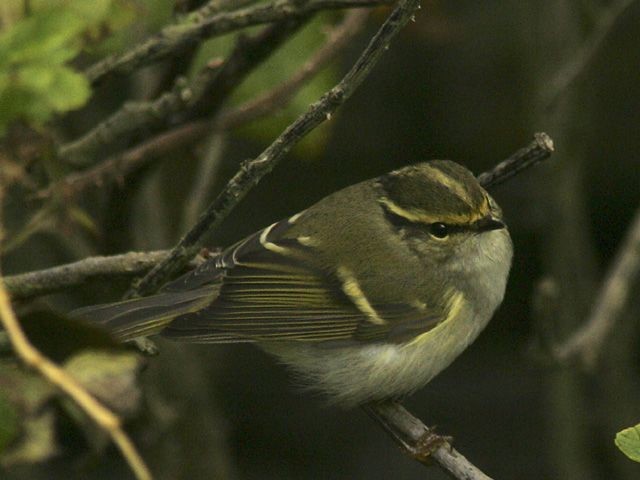 A Red-eyed Vireo was reported from Dunquin, Co. Kerry, on Sunday 14th. The Quendale (Shetland) Paddyfield Warbler was last seen on the same day, and Blyth's Reed Warblers were on Shetland at Helendale (Mainland) and Norwick (Unst) during the week. Shetland also provided the only Melodious Warbler of the week, at Wester Quarff, and the only Icterine Warbler was at Cape Clear (Co. Cork), which also produced a Dusky Warbler on 14th. The Easington (E. Yorks) Dusky Warbler lingered to Friday 12th, a late record of one at Warden Point (Kent) on 11th was received; and four birds were reported from various parts of the Shetland archipelago during the week. Radde's Warblers showed a more westerly distribution, with reports from St. Agnes and Tresco (Scilly), Nanquidno (Cornwall), Skomer (Pembrokeshire), Leasowe (Cheshire) and Toab (Shetland). Just four Pallas's Warblers were reported, from Portland (Dorset), The Naze (Essex), Sumburgh and Unst (Shetland), but Yellow-browed Warblers were widely scattered, the majority along eastern coasts but with good numbers along southern and western coasts as well, and inland birds at Farnborough (Hants), London Wetland Centre, Whetstone (Leics), Hollingworth (Derbyshire/Gtr. Manchester) and Wigan Flashes (Gtr. Manchester). By contrast the only Greenish Warbler was found at Dunnycove Bay (Cork) on Wednesday 17th. Ten Barred Warblers were mostly on the east coast of England, the exceptions being birds at Warley (West Midlands), Bardsey Island (Gwynedd), Callenish (N. Uist) and two on mainland Shetland. The Hume's Leaf Warbler was still to be found in Holkham Pines (Norfolk) through the week. 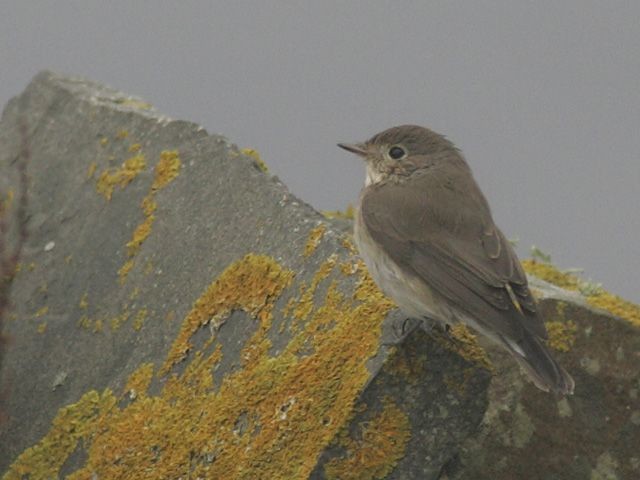 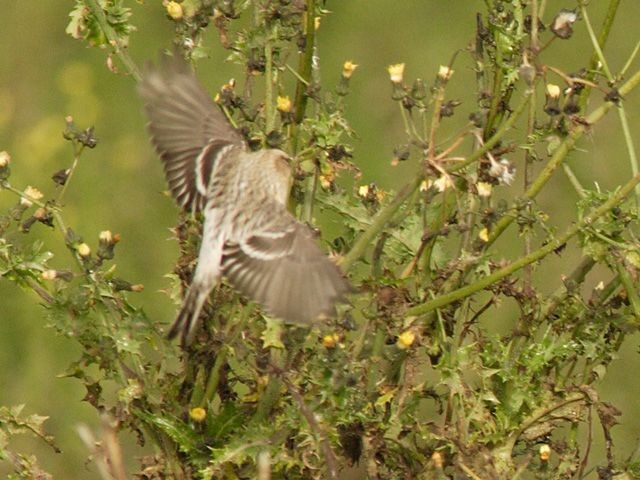 Nine Red-breasted Flycatcher reports were clustered around Scilly and western Cornwall, the Northern Isles and Co. Cork, with a single Norfolk report from Wells Wood on 13th. A Penduline Tit was at Lower Moors (Scilly) and possibly the same bird was heard on Tresco. An Ortolan Bunting was in a Portland quarry on Friday 12th. Around 10 Little Buntings were reported, with birds on St. Agnes, Tresco and St. Mary's on Scilly, three on the eastern coast of England between Dunwich (Suffolk) and Flamborough (E. Yorks), three in the Shetlands and one in Co. Cork. A Rustic Bunting was on St. Mary's (Scilly) on Sunday 14th and Monday 15th and another at Sumburgh (Shetland); also on 14th. The only Serin was at Stanpit Marsh (Dorset) on 15th. Common Rosefinches were in the Scillies, Dorset, East Yorkshire, Norfolk, Cheshire, and on Shetland. Arctic Redpolls were reported from five sites in the Shetlands, at least three of them birds of the Greenland race hornemanni. Finally a juvenile Rose-coloured Starling on Gugh and St. Agnes doubtless provided a few Scilly-season listers with a year tick. 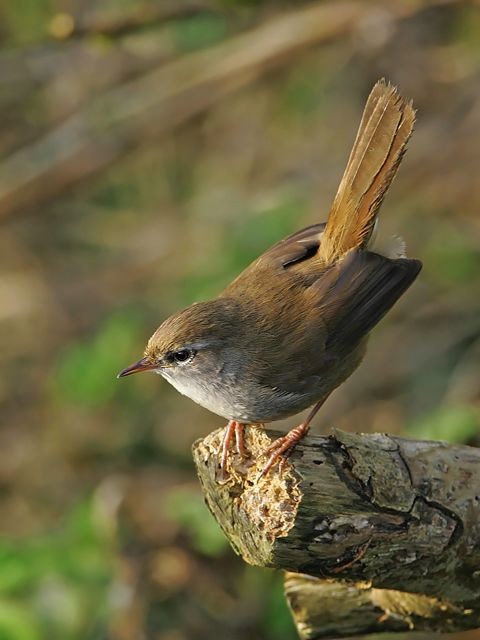 With their skulking behaviour, Cetti's Warblers are more often heard than seen. When they do emerge into the open, it's normally only for an instant before they disappear again. In most photos of Cetti's, the bird is therefore obscured by a mass of twigs and leaves. Mark has done very well to catch one in the open, with such an appealing pose and perch, the warm sunlight showing off the rich reddish-brown of its tail. 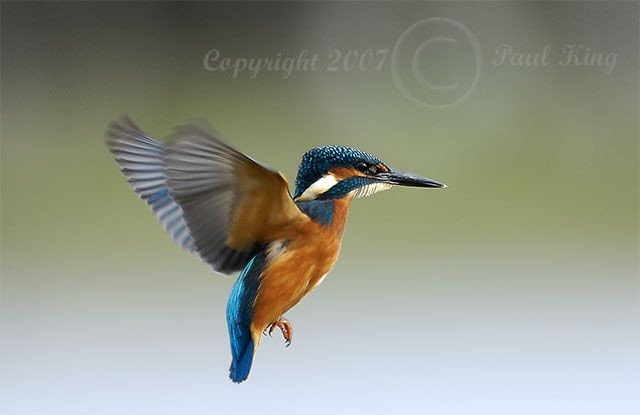 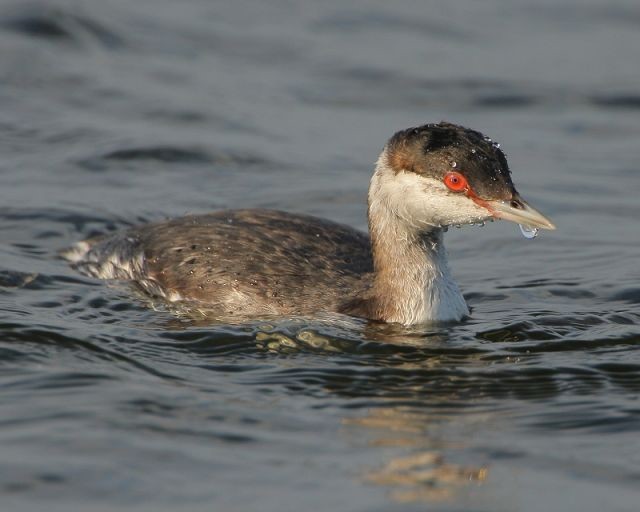 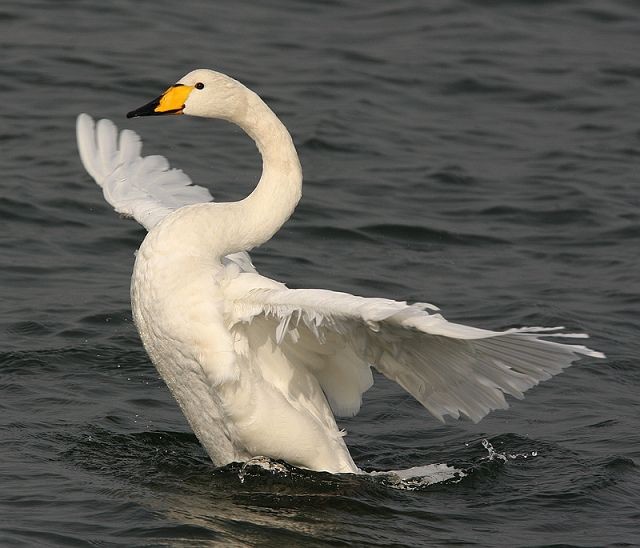 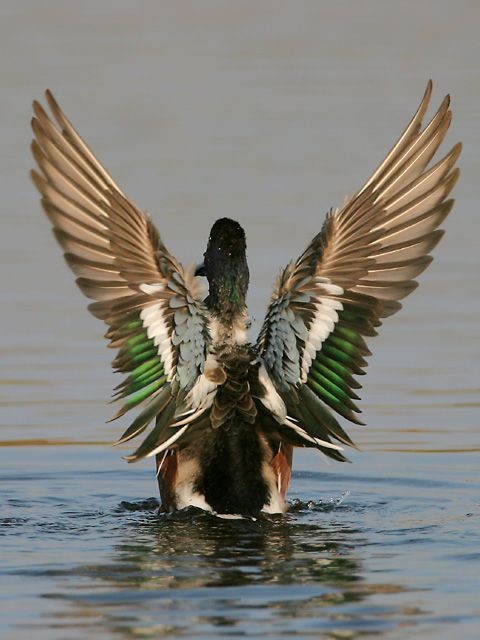 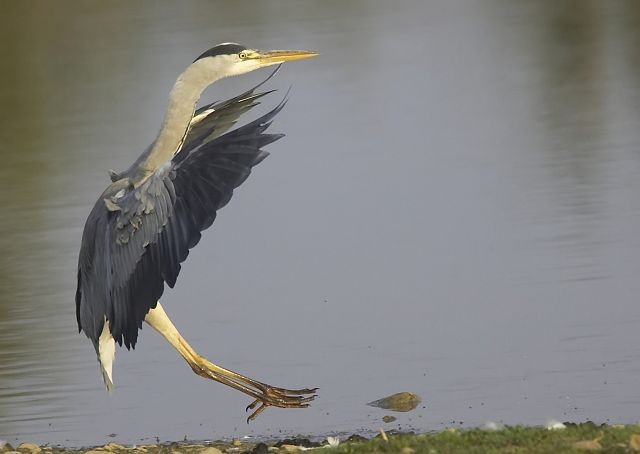 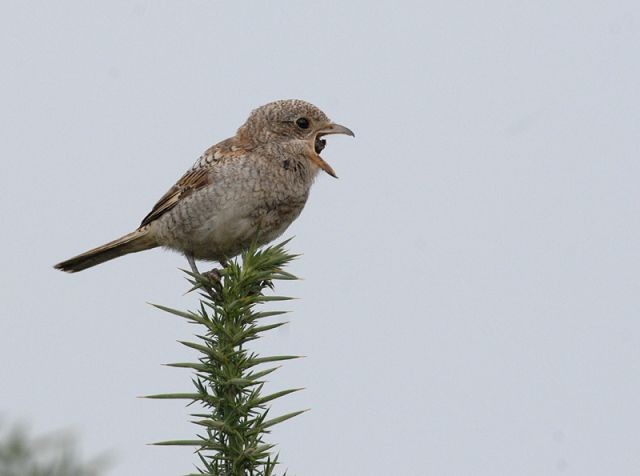 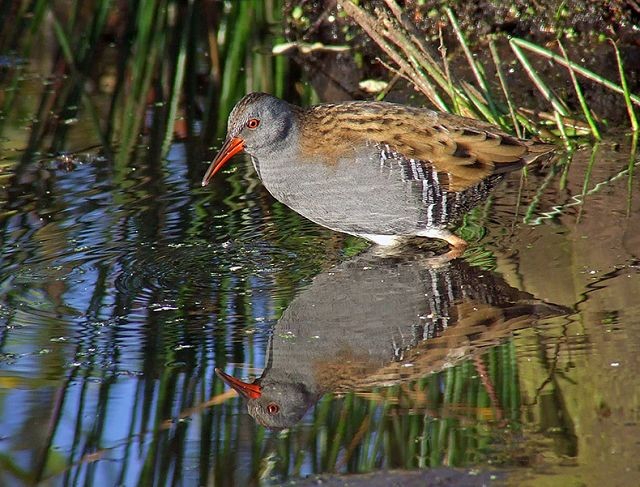 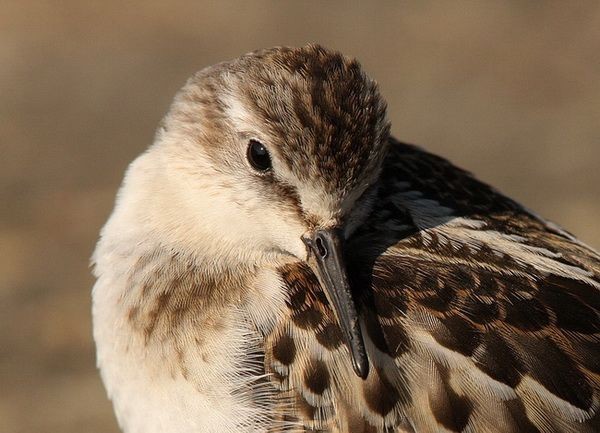 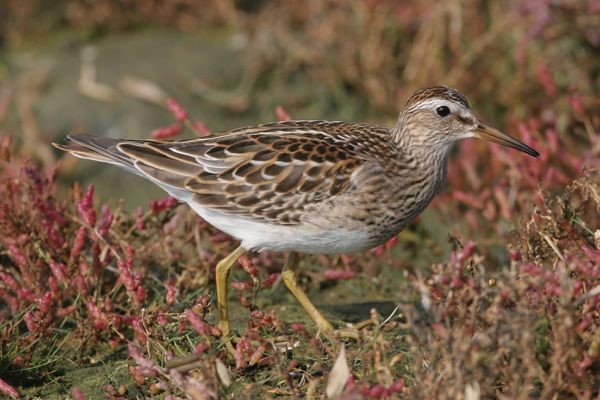 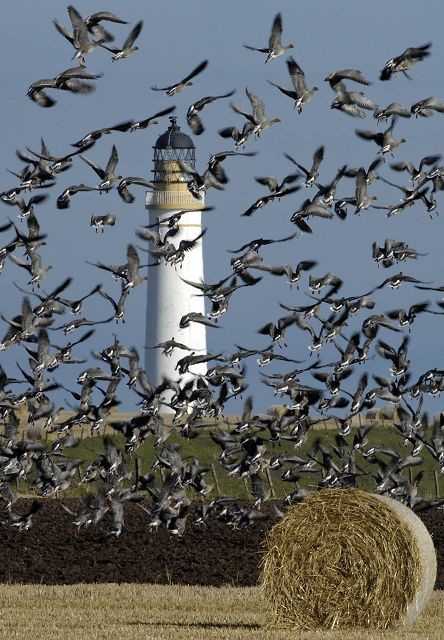