In November 2014 we prepared this short article for BirdGuides on our continued Twite monitoring in the English uplands. Almost three years later, we would like to appeal once again for your observations of colour-ringed Twites, but also update the many who have contributed over the years with what’s happening next and what we are doing with the data.

Over the last three years we have collectively managed a total of 576 re-sights of individually marked birds, at the time of writing. Twite continues to decline in Britain and Ireland. Early evidence suggests that the species has been slow to benefit from targeted conservation intervention in the uplands and that breeding pairs in England may have halved over the last decade. However, smaller victories have been won in north-east Derbyshire, where Twite seems to be doing better than once thought, with 7-10 pairs fledging young in 2017 (although they remain sensitive to future disturbance).

The data is being used in studies addressing population structure, migratory connectivity (relationships between groups over time and space), flock fidelity (relationships between individuals within groups) and population genetics. These elements all provide important information on how the birds interact with each other across the European distribution, exchange genetic information and respond to conservation management implemented on both breeding and wintering grounds.

Twite is not just studied in England. Similar colour-ringing schemes are running in Wales, Scotland, Ireland and the Isle of Man. Linking these together allows for Twite monitoring to be put in context against the whole of the Britain and Ireland. To this end, a group was established to share findings between the various regions. Each region has a unique combination of rings (in England, for example, the metal ring is on the left leg with another colour ring, and two further colour rings on the right leg), or a small coded ring which is easier to read in the field than the ‘standard’ BTO metal ring.

In England we use a combination of blue, yellow, green, red, orange, black, white and pale blue, as well as carmine (hot pink) and silver (mid-grey); these last two are unique to the Derbyshire population. Both English breeding groups winter on the east coast, most commonly between Lincolnshire and Essex. Sightings can be reported via email to Jamie Dunning (Twitter: @JamieDunning) or Steve Christmas. We also welcome sightings of colour-ringed Twite from other parts of the country, although recommend checking for project details on Dirk Rae’s fantastic database for colour-marking schemes in Europe (here). Please do contact us for any further information on the project and its outcomes, or indeed more generally about Twite. 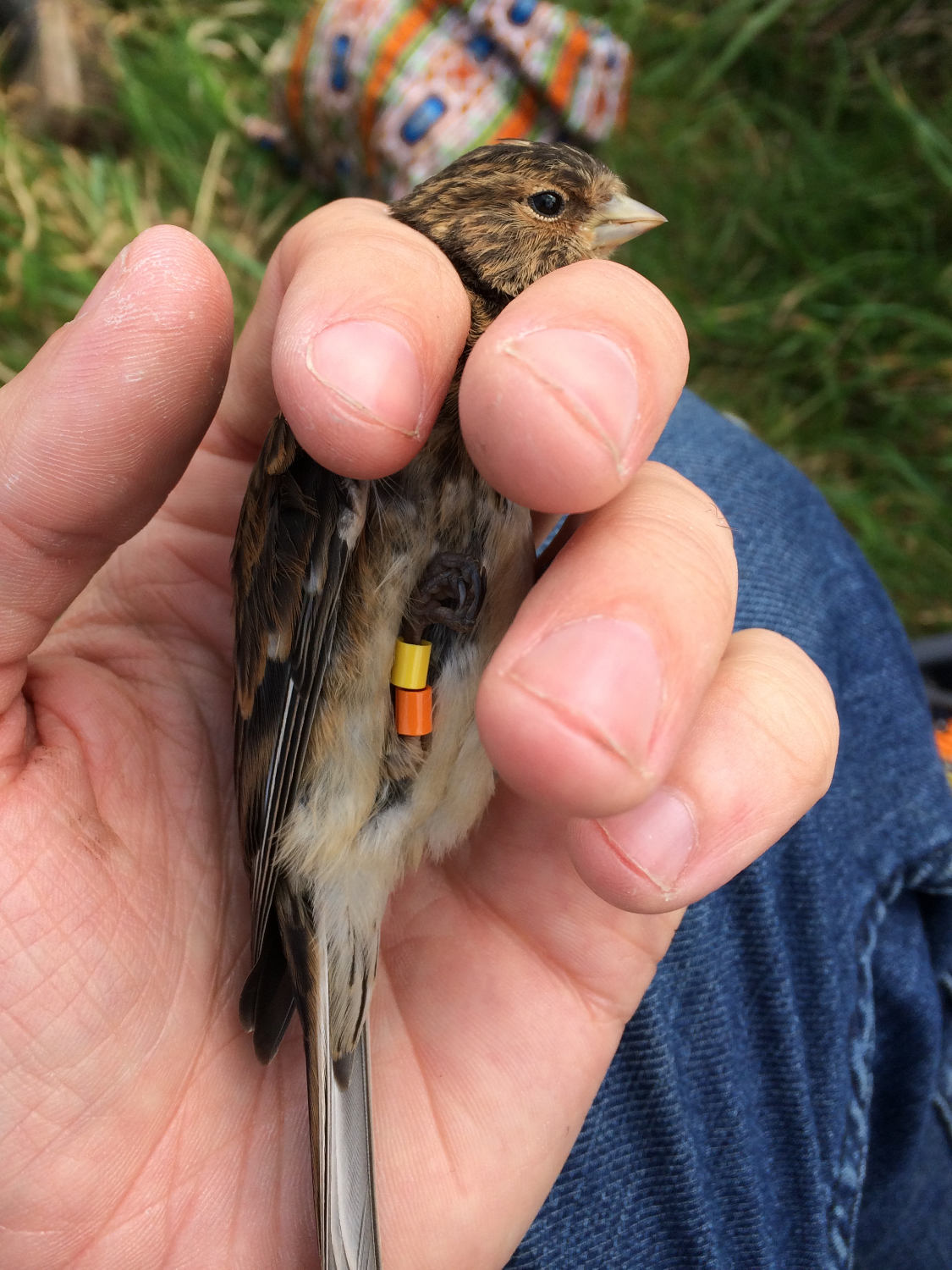 This project is supported by and in collaboration with the RSPB and Natural England (NE) Twite Recovery Project. Additional support has come from Kowa Optics, CEMEX, the Derbyshire Ornithological Society (DOS) and Calderdale Bird Club, as well as the many dedicated groups and individuals in the field.