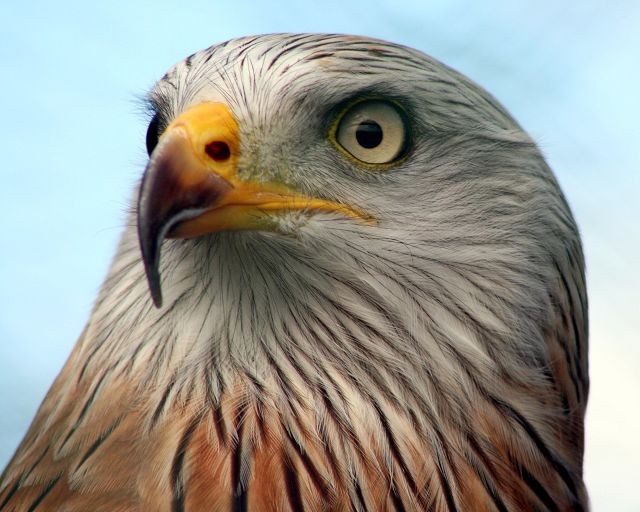 Red Kite Where would you rather see one, the Chilterns or Central Wales? (photo: Steve Johnson).

Does a Red Kite over the Chilterns have the same cachet as one soaring above an ancient oak wood in deepest Wales? Would you be more excited by a scruffy first-winter White-tailed Eagle in Norfolk, given its likely Eastern European provenance, than a pair of released adults displaying over a sea loch on Skye? The glimpse of a wing-tag or an inordinate number of coloured "leg irons" does take away something of the occasion when experiencing a spectacular bird wherever you are in the world, be it a Whooping Cranes in Florida, Californian Condors over the Grand Canyon or even Corncrakes in the Fens. That said, take a look at most birders' checklists and the aroma of man's interference in nature is never far away: Capercaillie in Scotland - reintroduced stock; Lady Amherst's Pheasant - introduced game bird; Ring-necked Parakeet - escapee. And so on...

But while "plastic" has become part of the currency of birding, there does seem to be a growing indifference, stretching to outright opposition, to inflating Britain's biomass with reintroduced species. Last month's announcement of the Great Crane Project certainly did not win universal approval, producing a surprising amount of outrage among BirdGuides readers. The mailbag that followed the unveiling of the project at the Bird Fair was acerbic in the extreme, with some posting responses going as far as to suggest - somewhat ridiculously - that they were boycotting products made by Jordans Cereals, the founding sponsor of the project. How can people with such bad cases of myopia seriously be birders - they would never see anything!

Perhaps the most interesting point to come out of the discussion was the use of the word folly. Folly, by definition, means a thoughtless or reckless act or idea. However fanciful the crane reintroduction scheme seems, one should remember there is another type of folly - the Victorian architectural features that were used to decorate country estates at a time when the world map was painted pink by the vastness of the British Empire. The fact that many of these follies exist today more than a hundred years after their construction augurs well for the cranes and, perhaps, other species that may follow. White-tailed Eagles to the East Fens have been mooted and Cirl Bunting reintroductions in the West Country are reportedly being looked at by the RSPB and could follow the success of another passerine programme - the return of the Chough to England. Tree Sparrows, Corn Buntings, perhaps those migratory species lost in recent times as breeders, the Red-backed Shrike and Wryneck, could all become candidates. But there are many caveats. Likely success and cost are two, but so are the sources of the young birds being introduced. Plans to bring back the Great Bustard saw the RSPB make the following statement on its website late last year:

One of the biggest criticisms of reintroduction programmes raised by BirdGuides readers was cost, particularly when set against the purchase of land for either habitat creation or preservation. Habitat loss remains the single biggest threat to biodiversity on the planet. Rising population and climate change are having a considerable impact on a global scale, while here in Britain, the Government's policy of providing affordable housing poses a particular threat to the South East. Reading through the question and answer section of the Great Crane Project - which is supported by RSPB, WWT, Pensthorpe Conservation Trust and Jordans - there is no mention of cost, though it is safe to assume that importing eggs from the Continent, hand-rearing chicks, creating a release area and monitoring birds to adulthood will not come cheaply. But does there need to be a cost per crane quotient that can be used to calculate how many acres of East Anglian wetlands could have been created for every bird released?

One point that has been missed in this discussion is the significance of the co-operation between recognised conservation NGOs - the RSPB and WWT - the Pensthorpe Conservation Trust and a large commercial concern, namely Jordans. The role businesses play in environment projects will become an increasing feature of environmental protection in coming decades. One may argue that capitalism has been the cause of so much habitat and biodiversity loss, but what free enterprise has destroyed it can also repair. In coming years, according to financial analysts, public funding for conservation projects across the globe is expected to decrease substantially, leaving either charities or philanthropists to support the work. Equally, big business involvement should also be welcomed. Enlightened captains of industry are more likely to get things done efficiently and expediently than any NGO or public body. The curse of the committee and red tape are almost as big a threat to the landscape as the bulldozer and concrete.

By supporting and appreciating the efforts made by the likes of Bill Jordan, chairman of Jordan cereals and one of the driving forces of the Great Crane Project, we will be encouraging big business and conservation work to enter a new age of co-operation. If you cannot allow yourself to be knocked out by the sight of crane skeins drifting over the Norfolk landscape through some sense of birding snobbishness, please be assured your children and their children will appreciate this forward-looking initiative in years to come.