Tuesday 11 February dawned as another windy day in Shetland with frequent heavy hail showers. Rebecca Nason and I were discussing the plan of the day over breakfast, when Brydon Thomason sent a message on the rare bird WhatsApp group – belated news of a Tengmalm's Owl, photographed at Kergord on 14 December 2019.

Brydon had been discussing some coastguard training exercises that his friend Derek Jamieson had been involved in while Brydon was away. One of these exercises was in the Lyndsey Lea plantation, on on the west side of the Kergord valley where he had come across a small owl that he had managed to photograph. Derek thought it was unusual, but as Brydon was away he didn’t give it another thought until they were chatting, and he showed the photo of it to him. 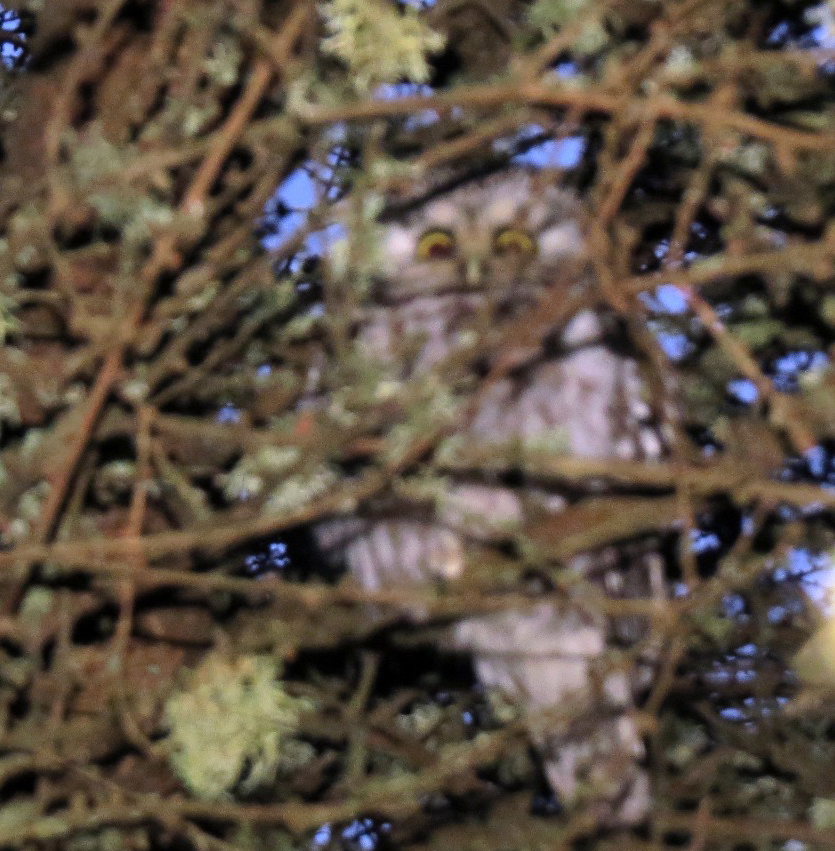 When Phil refound the Tengmalm's Owl at Kergord, he was quick to take some photos with his bridge camera (Phil Harris).

Given the weather, and the incredible Tengmalm’s Owl we enjoyed on Shetland last year, I wasn’t particularly enthused to head out and search for it, especially as two months had passed. But then again, this is an incredibly rare bird and surely it had wintered? I began my search in the Lyndsey Lea plantation. After refinding last year’s bird at Lea Gardens after it had been missing for a few weeks, I’d become pretty good at locating it each day despite it changing roost sites often.

The best area seemed to be the southern edge, but this was being battered by strong winds and stinging hail showers so I decided it would surely not be roosting there. I searched fairly thoroughly but with no sign, then moved onto a quick search of the main plantation by Kergord House which again I felt didn’t have too much suitable roost habitat.

I thought that perhaps it was just visiting Lyndsey Lea to hunt and that the best plantation for roosting was on the east side of the valley, with younger and denser pines, so I visited that one next. It was much more difficult to carry out a thorough search there, and after an hour I had only noted 10 Eurasian Woodcock. 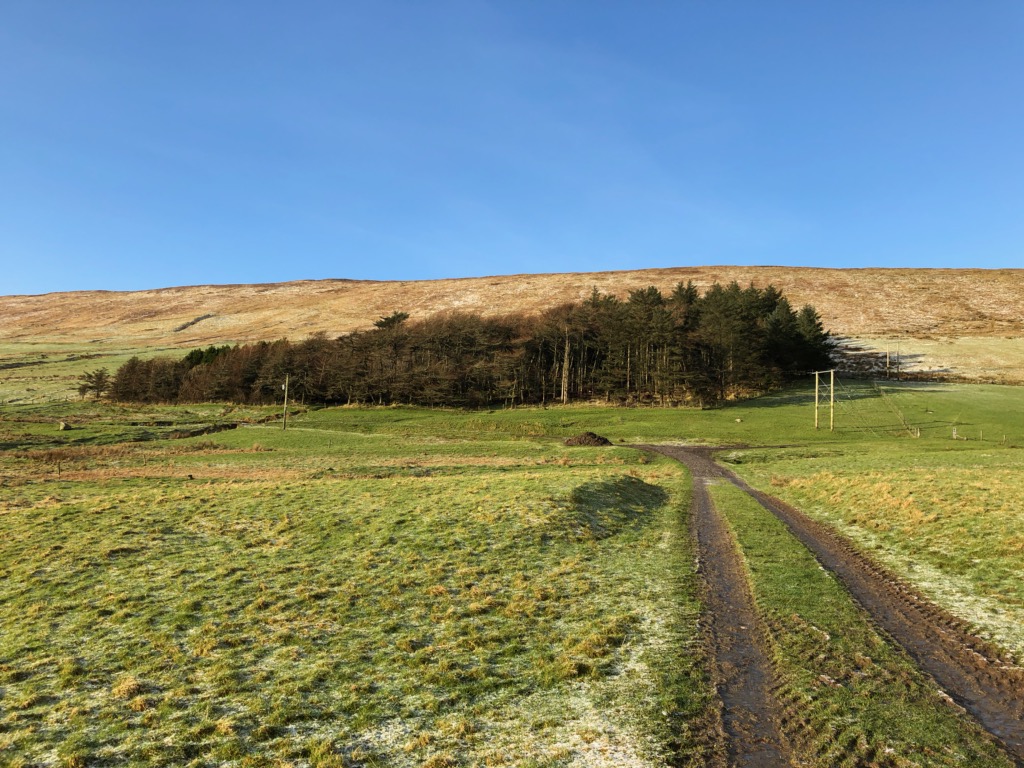 The Lyndsey Lea plantation at Kergord, where Phil relocated the owl (Phil Harris).

My final search was back at Lea Gardens, where last year’s bird spent most of its time, but again no sign. I returned home for lunch and a bank meeting, but decided I would revisit the Lyndsey Lea plantation at dusk with my torch to see if there was any sign. I arrived with no more than 30 minutes of light left and made my way into the plantation. I had studied Derek’s photo and had a rough idea of where he had taken it, as it was in a deciduous tree and they were only present in one corner of the plantation. A particularly heavy hail shower came in and I began to question what I was doing.

Just then a Eurasian Wren began to alarm call in some dense larch trees on the southern edge of the plantation. I was sure it wasn’t spooked because of me so decided to investigate. I quickly picked up the wren, but it immediately flew off. I looked into the larches but couldn’t see anything and, at that point, I took a step to my right, again scouring through into the trees. Then, suddenly, an incredible pair of yellow eyes were staring straight down at me from no more than five feet away!

The adrenaline was pumping as I reached for my bridge camera to get a quick record shot. The bird was very actively preening and with the failing light I knew it was preparing to head off to hunt. I got a terrible record shot and moved away to make a phone call, but there was no signal, so I thought I would just enjoy another view of the owl as the light was about to go. However, returning to the same spot, it seemed the bird had already moved on. 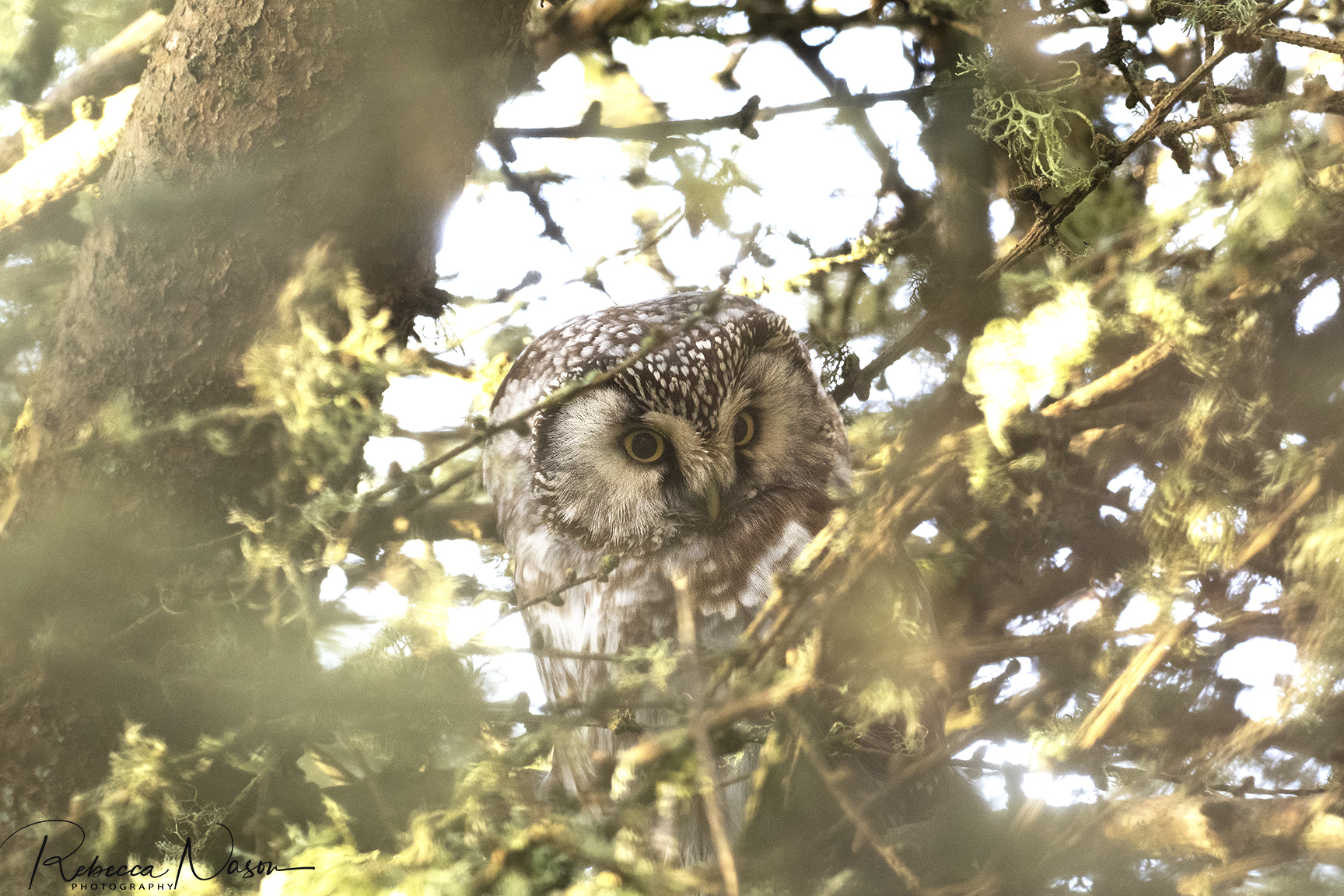 The Tengmalm's Owl – which appears to be the same bird present on Shetland from 19 February to 14 April 2019 – was showing the following morning (when this photograph was taken), though there was no sign on the morning of Thursday 13th (Rebecca Nason / www.rebeccanason.com).

I would like to think that this was the same bird as I spent so much time with last year, being just a couple of kilometres from Lea Gardens. Maybe it began its journey north, made it to Unst and then decided against a North Sea crossing? Thank you to Derek Jamieson and Brydon Thomason for getting the news out and allowing me another great birding moment with a fantastic bird.