The team had gathered on the morning of 10 October with the aim of doing some ringing. What had looked likely to be a good day for it, with little wind and no rain, was changing into a wet, breezy morning. As the team set out just before first light to put the nets up, there were a few Redwings and other thrushes heading inland. Three Coal Tits called to each other along the Observatory track; they are a scarce species in this area and it was another sign that birds had arrived overnight.

With the forecast changing and an inexperienced team, we only used four net rides but there was a gentle trickle of common migrants over the course of the morning. There were also a good number of birds moving overhead, with 180 Chaffinches and 300 Goldfinches logged heading north.

Around late morning, as expected, thicker cloud approached from the north and we made the decision to take the nets down. As the trainees approached the third net ride they encountered a sparrow-sized bird with black and white stripes on the head and a strong hint of yellow in front of the eye. Two of the trainees said: "What's that?"

The bird was quickly extracted and placed into a bag to get it back to the ringing room to have a proper look at. Having only briefly scanned the head end and not the rest of the body, thoughts of an American sparrow were suggested. Word was passed on to the warden, Steffan Walton, that there was something special on its way back to the ringing room. 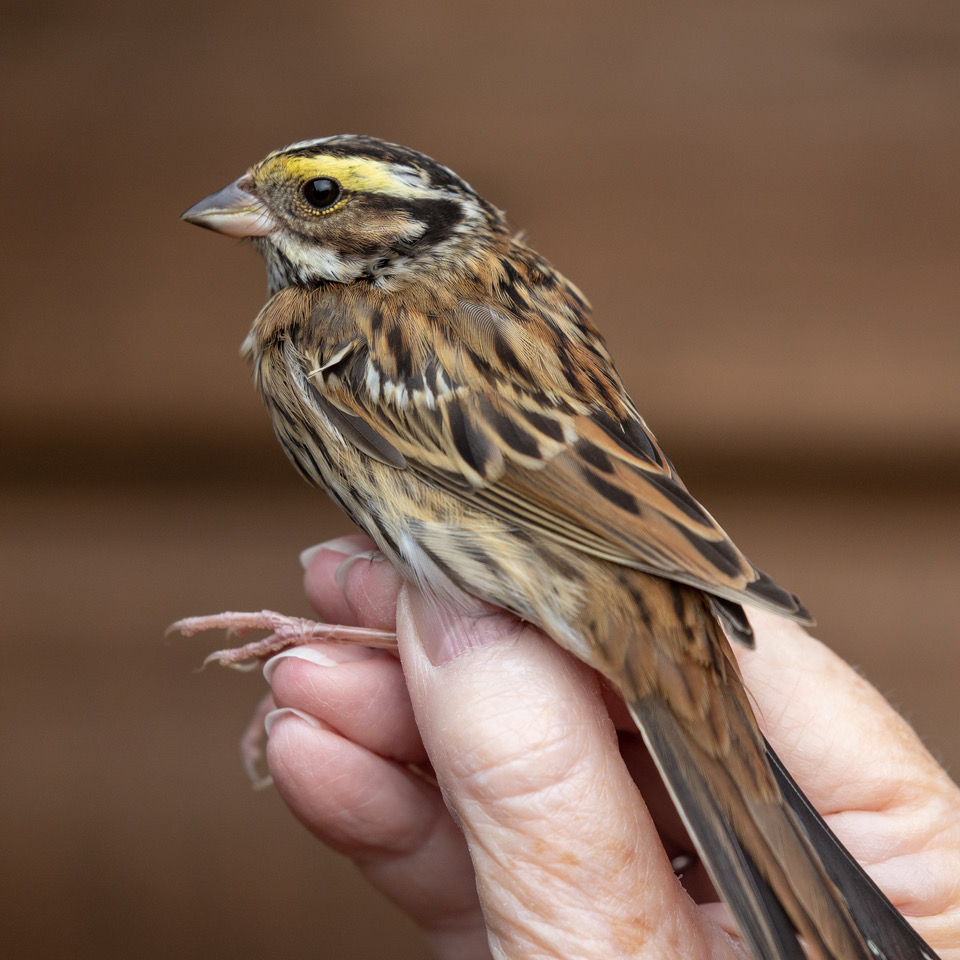 Once back, Steffan took a couple of record shots of the head and body to aid identification, and put the bird back in the bag. The other birds were processed and a few locals were notified. The strong westerlies all week – and lots of other American species turning up in the UK – meant we were reading our copy of The Sibley Guide to Birds, which sits by the warden's door (just in case!). This suggested it to be a Savannah Sparrow, but something didn't quite sit right.

Eugene Hood, a senior member of our ringing team who had previously ringed regularly in the USA, was present. Taking it step by step we noticed the white outer tail feathers on our bird. The penny dropped – it wasn't a sparrow, but a bunting! The identification was easier from there, as there was only one bunting species it could be: Yellow-browed Bunting.

We took the copy of Ageing and Sexing of Migratory East Asian Passerines off the shelf and checked the plates on Yellow-browed Bunting. Sure enough, that was it! The bird was aged and sexed as a first-year male and biometrics and plumage details were recorded. There were no obvious signs of cage-wear on the feathers or claws either. 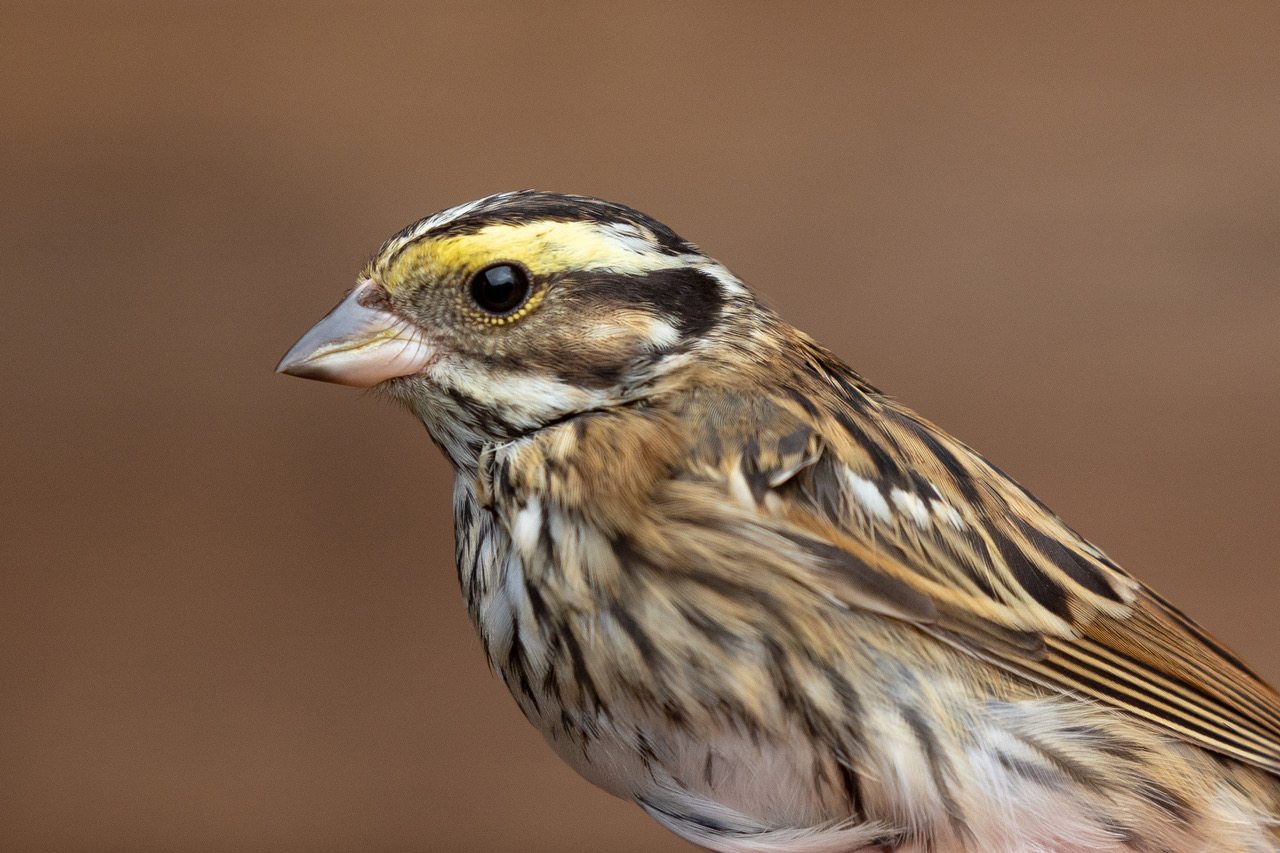 The Yellow-browed Bunting was aged and sexed as a first-winter male before being released (Steve Reynaert).

The bird was shown outside the ringing room to the few people who made it in time, including our fantastic Conservation Team volunteers who were in the area doing work on our reserves. The bird was swiftly taken across the road and released by the Oasis. This was deemed to be the closest area where large numbers of people could potentially watch the bird safely and easily.

Unfortunately, upon release the bird flew off into a nearby tree line and, despite the best efforts of us and many people, it was not seen again. The bird becomes the sixth record for Britain (the first since 1998) and the first for Kent.