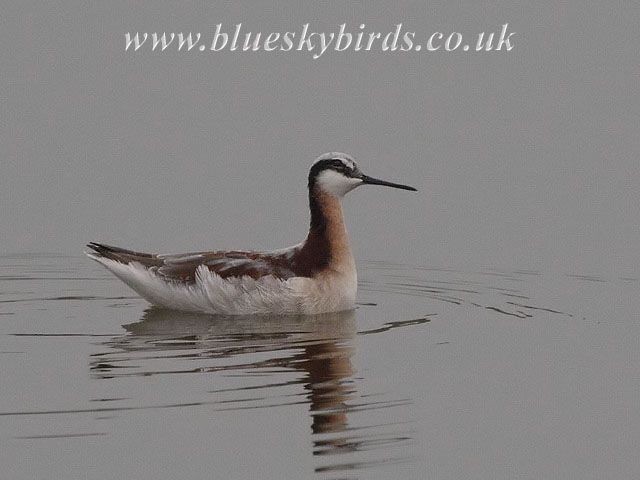 After a prolonged spell of easterly winds, I decided to take a day off on the 4th May to give Grafham Water a good grilling before the crowds arrived for the Bank Holiday weekend. Grafham had produced a relatively quiet few weeks, despite the promising wind direction, with an early Arctic Skua, a couple of Ring Ouzels and a Spotted Redshank being the best birds among a thin scatter of Arctic Terns and common waders.

I headed first for "the lagoons", an area of wetland and scrub just east of Perry village, on the south bank of the reservoir. Site owners Anglian Water had recently scraped out some of the older lagoons, indirectly creating some good wader habitat. Although single Bar-tailed Godwit, Curlew, Little Ringed Plover, Common Sandpiper and Spotted Redshank may not seem like much, this is pretty good for Grafham in the spring, where high water-levels in the reservoir make the site virtually devoid of wader habitat. 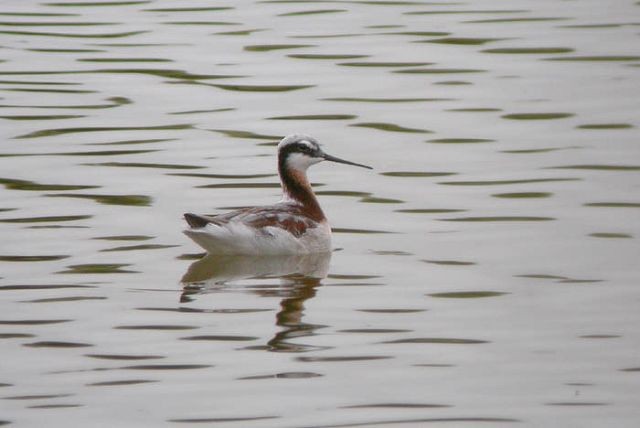 My first stop was to check out the lagoon managed by the Wildlife Trust in front of the hide. Apart from a couple of loafing Mallard and some chuntering Reed Warblers in the reedbed, little was in evidence. I headed clockwise round the lagoons to check out the newly scraped area that had attracted the Spotted Redshank earlier in the week. On my arrival a wader called; I looked up to see a Greenshank, which dropped in over my head and on to the lagoon. A good start! At that moment my mobile rang; it was Colin Addington, another Grafham Water birder. Colin informed me that a Whimbrel was showing well at the north end of the dam, near Marlow Car Park. I have seen many Whimbrel over the years at Grafham, but relatively few on the ground, so I thought this was a good opportunity to study one closely and possibly get a photo for my website.

I headed back to my car and drove the short distance to Marlow where I soon joined Colin watching the Whimbrel, which was remarkably approachable. I told Colin of my good fortune with the Greenshank and he stated that he would head over there to look for it, leaving me to digiscope the Whimbrel.

After a while, I strolled back across the grass to view the reservoir and check out some bushes which can often be productive for migrants. After ten minutes or so, my phone rang again. It was Colin, who I assumed would tell me he had seen the Greenshank. However, he said breathlessly "Come to the lagoons, I have got a phalarope!" He explained he had seen it briefly and that he was moving position, in order to get a better view. Whichever phalarope species it was, it would be a great spring record for Grafham, so I immediately legged it back to my car, as fast as I could. I called Mark Hawkes, the County Bird Recorder, but he didn't answer. As I ran, I repeated to myself "Please be a Wilson's Phalarope, please be a Wilson's", knowing that a spring Wilson's Phalarope would be an astonishing find. I considered it to be a little early to be a Red-necked Phalarope and Grey Phalaropes were just as rare in spring as Wilson's, so fingers crossed... 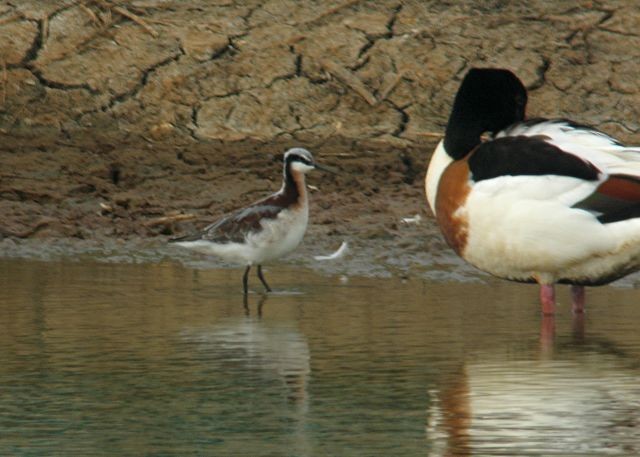 My phone rang as I drove down to the lagoons; "It's a Wilson's!" Colin exclaimed. Wow! Now the adrenaline really was pumping! I leapt out of my car and retraced my steps back to the lagoon where I had been watching the Greenshank half an hour earlier. If only I hadn't left so hastily! I found Colin standing to the north of the hedge that encircles the site, looking through a small gap onto the lagoon behind. After a few tense seconds, I finally caught sight of a small bird swimming between two Gadwall. And there it was, a stonking adult Wilson's Phalarope!

A long black stripe ran from the base of the bill, through the eye and swept down the sides of the neck where it became a beautiful deep maroon. The upperparts were also a deep maroon contrasting with pale grey feathers on the scapulars. The crown too was pale grey, which developed into a stripe, running down the back of the neck and on to the back. The underparts were generally white apart from a delicate peach wash on the front of the neck. The long, straight, needle-fine bill and short white supercilium completed the suite of features which confirmed the identification of this exquisite wader.

We telephoned the Wildlife Trust's warden and then Anglian Water to warn them that this bird could attract the crowds and so would advise birders to park in the nearby Plummer Car Park. Everybody was happy for the news to go out, so within minutes of confirming the identity, the news was broadcast. As we waited for the first birders to arrive, I attempted some very shaky digiscoped record shots, just in case the bird decided to leave. But fortunately, it didn't, and arriving birders were soon enjoying fantastic views as the phalarope followed behind the local dabbling ducks, picking up any invertebrates they disturbed. 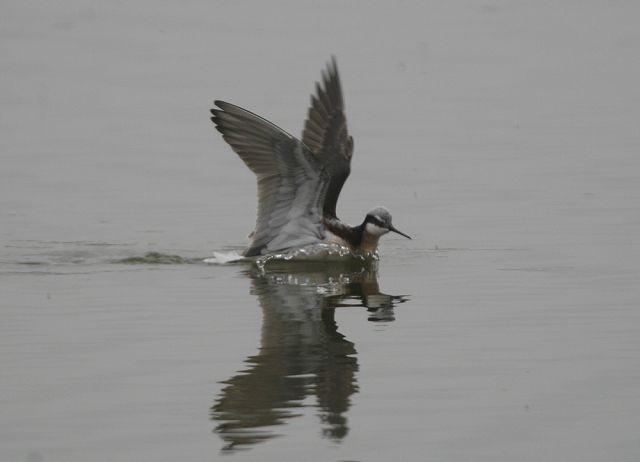 Wilson's Phalaropes are the least pelagic of the three phalaropes. At this time of year they are undertaking their northbound migration, from wintering grounds in South America, to the prairies of North America. It is possible that this bird may have arrived in Europe in a previous autumn and is now following a parallel migration route on this side of the Atlantic.

This is the second record of Wilson's Phalarope at Grafham Water, the first being a juvenile in October 1984. It is the fifth or sixth record for Cambridgeshire, the last being in 1991 at Ely Beet Factory. At the time of writing the bird is still present and has showed well to over five hundred birders. The only other spring bird in Cambridgeshire was at the Ouse Washes and it stayed from the end of May until early August, so the Grafham bird might be around for a while yet!

PS I would like to take this opportunity to thank the vast majority of birders who followed the parking instructions kindly passed on by BirdGuides and other news providers. This will help with future access arrangements.