It's been a long time since I have been asked to write a finder's report. Sadly, it is not something you have the opportunity to do regularly, unless you're in the right place at the right time and have an element of luck leading up the find. So why am I writing this one? Well I shouldn't be really – but more on that later.

A bit of background information first. We moved to the island of Fetlar in Shetland in late 2011, leaving south-east England for a quieter, less stressful life in a small island community. We put all our eggs in one basket and purchased a 275-acre croft and a house next to the beach. We also purchased grazing land, which is done so in an environmentally sensitive way, mostly for the benefit of breeding waders. Recent habitat creation on our croft has enabled new safe breeding areas for Red-necked Phalaropes, too.

Birding on Fetlar is more quality than quantity. April and May is often busy for us, with lambing taking up most of our time, unfortunately coinciding with spring bird migration. However, over the years I have found some nice rarities, together with healthy breeding bird populations on the croft. My garden species list is continuing to grow on a yearly basis.

One month after arriving on Fetlar, our daughter Darcy was born and has lived her life here exploring nature on our croft and the surrounding parts of the island. Fast forward to 15 May 2020 and, at eight years old, Darcy was looking out the window. School was shut due to lockdown and, avoiding homework set for her, she amused herself by watching the birds in the garden. 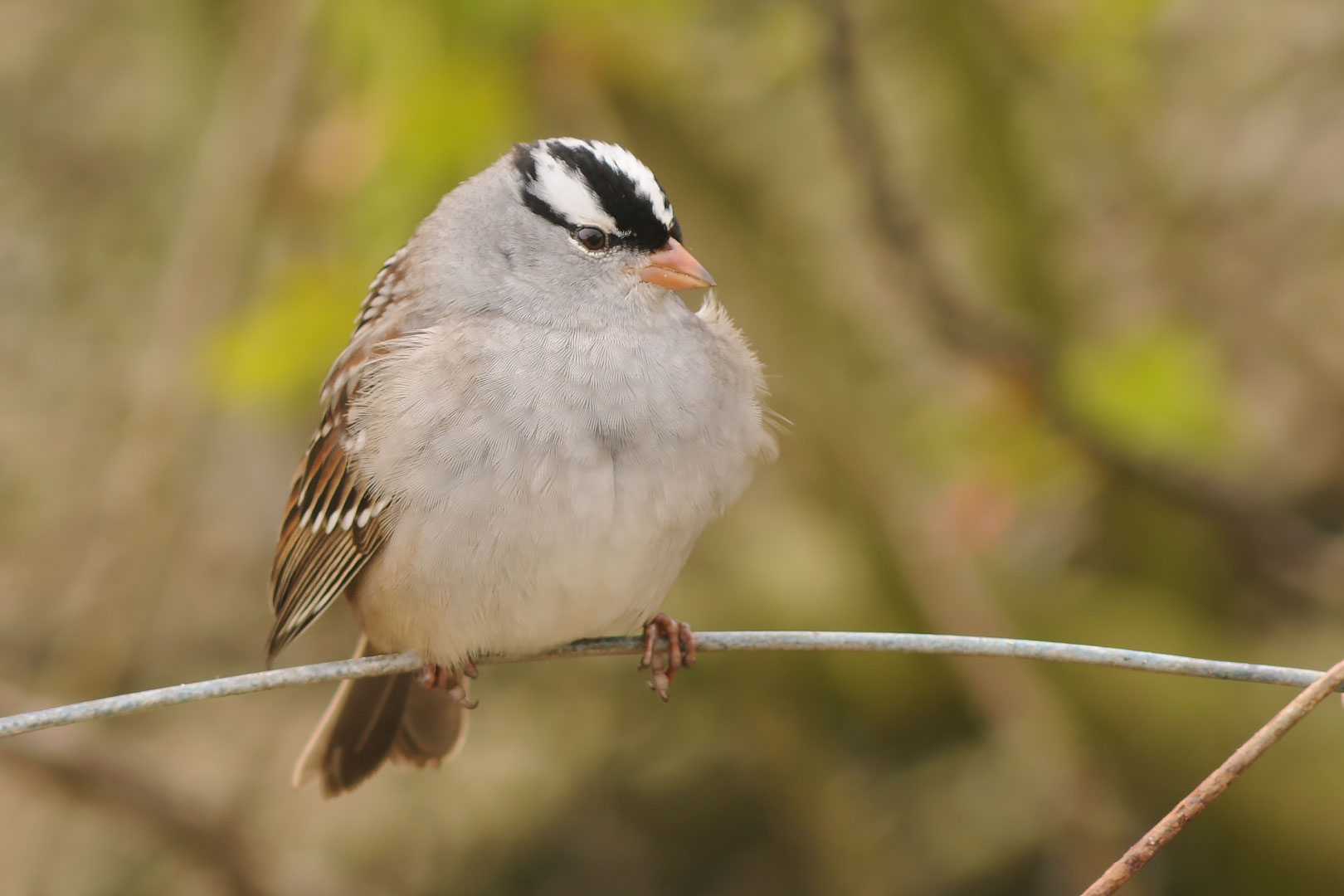 Darcy noticed a stripy-headed bird in the family's Fetlar garden, and instinctively knew it was something unusual (Andy Cook).

Darcy found something in the front garden that she had never seen before. Although she did not know what it was, she instinctively did what we had drilled into her – tell someone if she saw something new! My wife Claire was summoned from the kitchen to see Darcy’s special, stripy-headed bird that she had found. Claire did not recognise what it was either and soon went into her schoolteacher mode, sitting with Darcy at the window, watching the bird while Googling on her iPad.

A good choice of words were being entered into the search engine were – 'sparrow with white head'. Up popped a screen of images, mostly showing White-crowned and White-throated Sparrow. At this point she had no idea of the origin of these species or the magnitude of the record. She clicked on White-crowned Sparrow, enlarging it on the screen and holding it up while watching the bird hopping around on the lawn in front of them through the window. It was a perfect match. 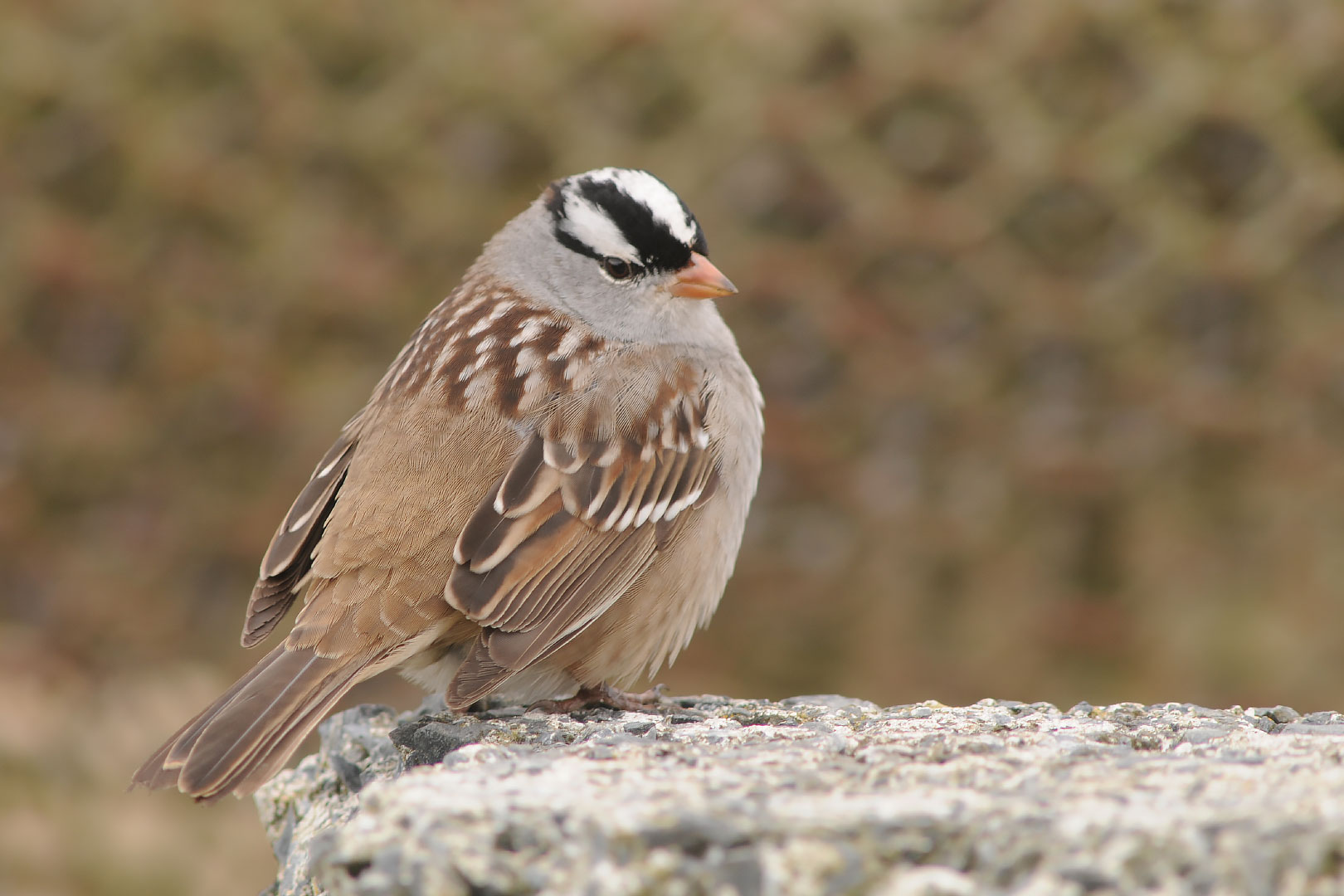 While this was going on, I was down in the bedroom, on the phone placing feed orders and supplies for delivery. Lambing on the croft was in full swing and being in lockdown, logistics had to be meticulously planned. Claire burst into the room and announced calmly: "sorry to interrupt you, but we have one of these in the front garden – Darcy just found it." At the same time, she shoved her iPad into my face, with a picture of a White-crowned Sparrow.

In slow motion, my jaw dropped, and I hung up my call at the same time. I saw the Cley bird in 2008 and did not need to read the picture caption. I think this was my shortest twitch ever, walking down the hallway, into the lounge and standing in front of the window. It took a few seconds before the bird broke cover from the wood pile it was hiding behind and flew across to the Rosa rugosa bush in the corner of the garden, before dropping down and feeding on the ground in the open. No more than 20 feet in front of me, it was indeed a White-crowned Sparrow!

I grabbed my camera and rattled off a few record shots to verify what I was seeing. I turned to Darcy and thanked her. She was beaming and asked out of 10 how many did it score. A definite 10 was my reply. I put the news out with a blurred picture on the Fetlar birders WhatsAapp group in case anyone was around. Two local birders managed to see it – a lifer for both. 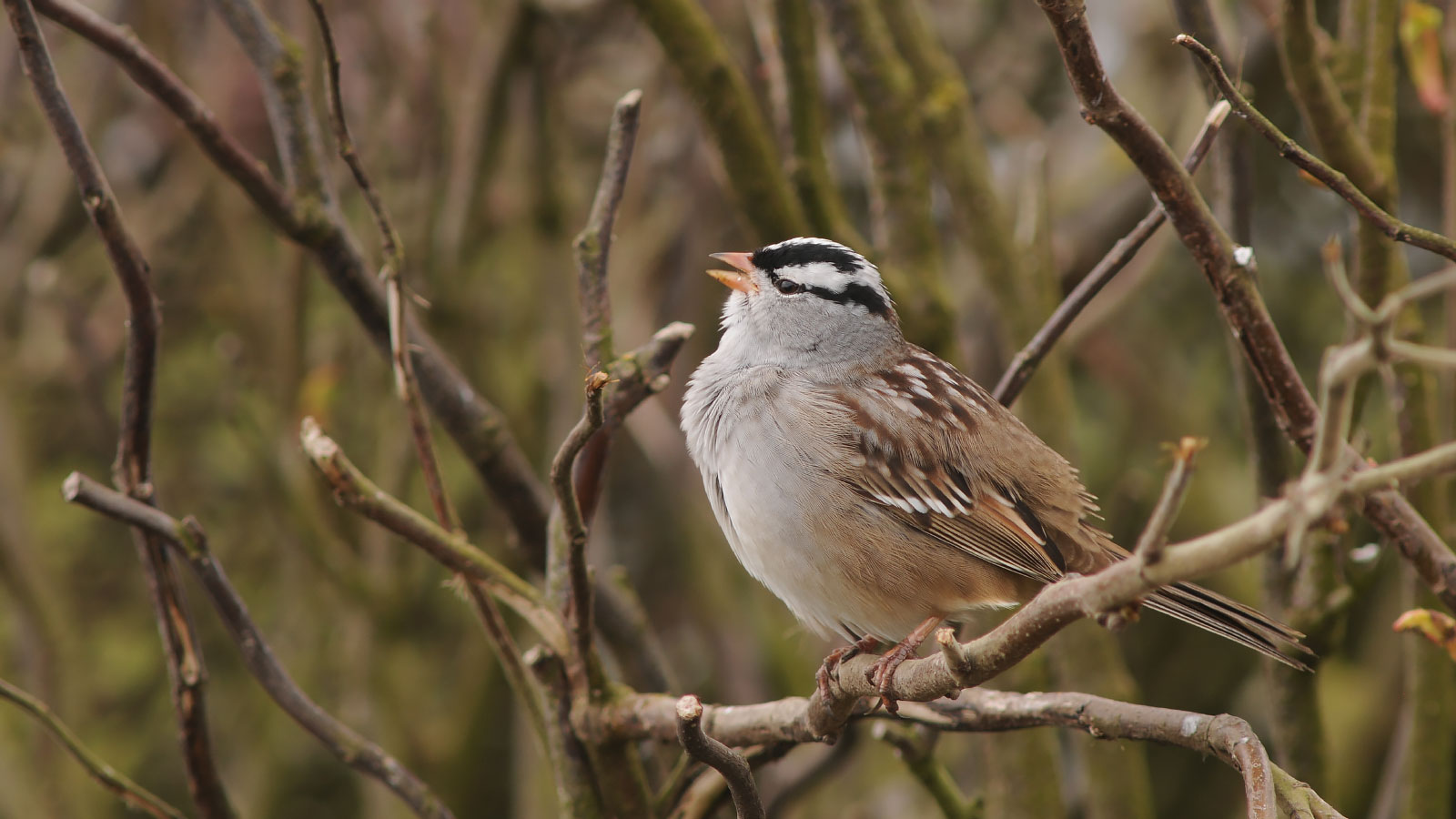 The White-crowned Sparrow spent the day in the family garden, and often burst into song (Andy Cook).

The bird stayed for the rest of the day and became vocal towards the House Sparrows, which were not charmed by its singing efforts. It would have been a popular bird for people across Shetland if it were not for the lockdown restrictions and the non-essential travel ban on the inter-island ferries.

Watching the bird outside with the two other birders made social distancing easy. It brought back memories of the Cley bird on its second day when I saw it, where a scrum of some 300 birders were literally laying on top of each other to see the bird through a gateway to the church entrance. Who would have imagined, 12 years later, I would be watching one in my own garden. The following day, the garden was exposed to the wind that had picked up through the night. The bird had moved on.

Full credit goes to Darcy and Claire for finding and identifying it. I am so proud of them both. I apologise that this was not written by the finder. She will do her own version as part of her lockdown homework for school and, hopefully soon, she will find another 10/10 rare bird for her dad. 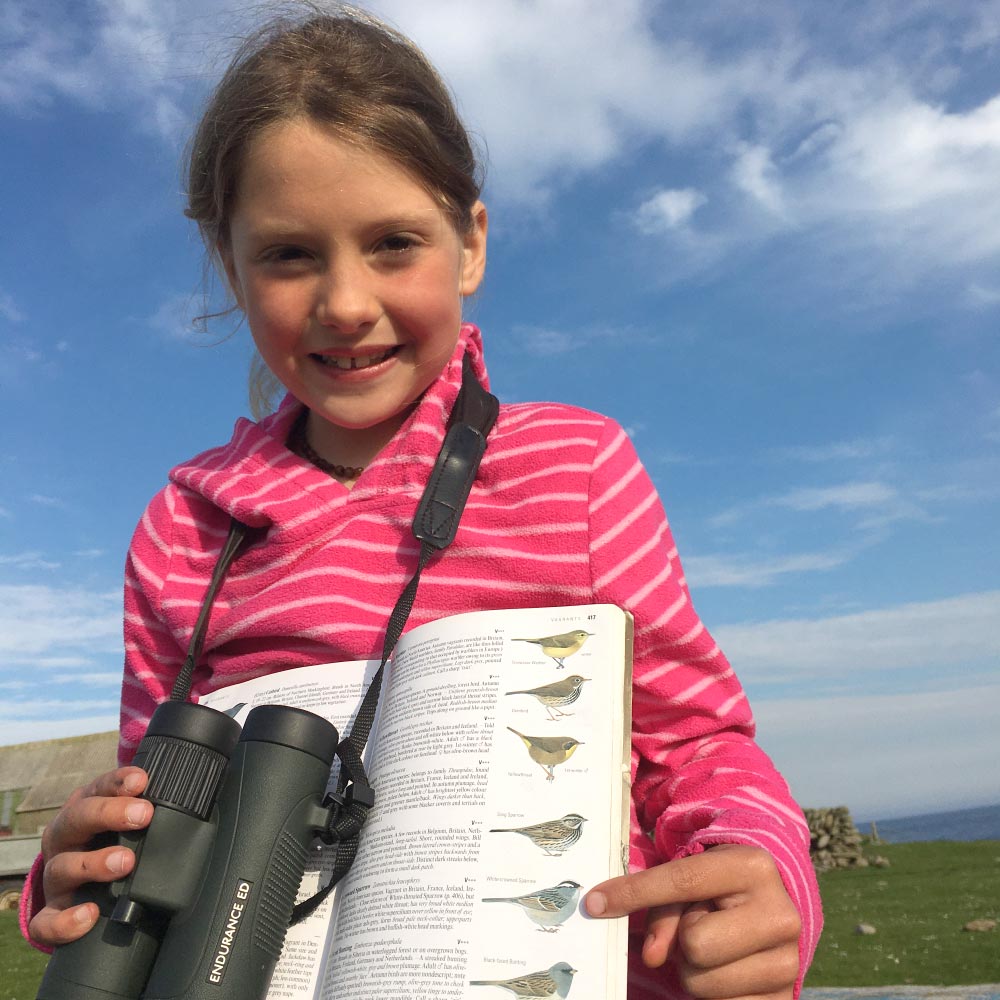