Living in High Shincliffe (Durham), Emily and Thomas Power — aged 12 and nine respectively — are two keen young birdwatchers. Taking part in the RSPB's Big Garden Birdwatch over the weekend of 25-26th January, little did they know that they were in for the find of a lifetime. Here, Emily and Thomas share their story:

"Sitting watching the birds in our garden during the RSPB Big Garden Birdwatch, we spotted an SBB (small brown bird) that we couldn't identify. We looked in all our bird books, but they are all British bird books. We thought it was a funny-coloured Siskin or finch or something. Mum works for the RSPB so she took a photo when she saw it again the next day, so she could ask the bird experts at RSPB Saltholme.

The experts took one look and told her it was a Yellow-rumped Warbler from America. Her friends from work also found out how rare this bird was. We sat there that night and watched 'Flora Butterbum' in our garden, thinking how cool she was. We have started a family birding diary with Flora as our first entry. It's so amazing to have this bird in our village!" 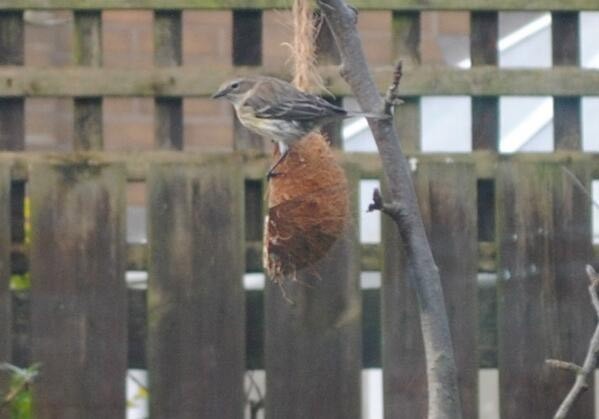 The Powers' initial photograph of 'Flora Butterbum', which generated the initial excitement.

When the photograph was shown at RSPB Saltholme, a few people overhead the conversation and saw the image on Judy's camera and that started a diligent behind the scenes investigation led by Gary Woodburn and Durham County Recorder Mark Newsome. Mum — Judy Power, who works as a fund raiser for the RSPB, was tracked down and negotiations began. At this time an image of the bird also made its way to RSPB HQ and Mark Thomas persuaded Judy to allow RSPB to break the news on the new @RSPBbirders twitter account. At this stage, the location of the bird hadn't been divulged and as there had been no further sightings in the family garden, it wasn't even known whether the bird was still present.

Negotiations continued and, on Saturday 8th February, Judy agreed for Gary and Mark to look for the bird in the surrounding area. Amazingly they relocated it, sitting high in a roadside tree next to a Blue Tit! After consultation with Judy, a plan was put together to manage the expected influx of birders, as all were keen for the bird to be enjoyed by others. The plan involved placing feeders in a favoured roadside hedge to entice the bird to a better viewing location away from the gardens, arranging parking away from the narrow access road and residents' houses, and having a staged news release to prevent Sunday morning becoming totally unmanageable. After informing other local residents of what was about to unfold, news was released nationally mid-morning on Sunday with specific instructions keeping the cars away from the village and for birders to remain on the designated viewing mound. Birders from as far as Yorkshire and the Midlands arrived through Sunday afternoon, and a second wave from much further afield enjoyed fabulous views during Monday. The plan seemed to have worked very well! 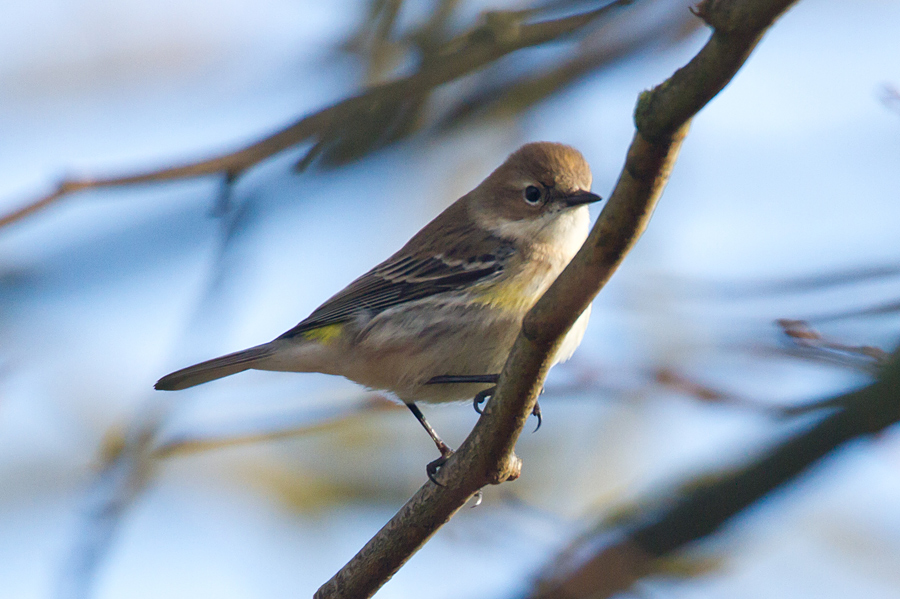 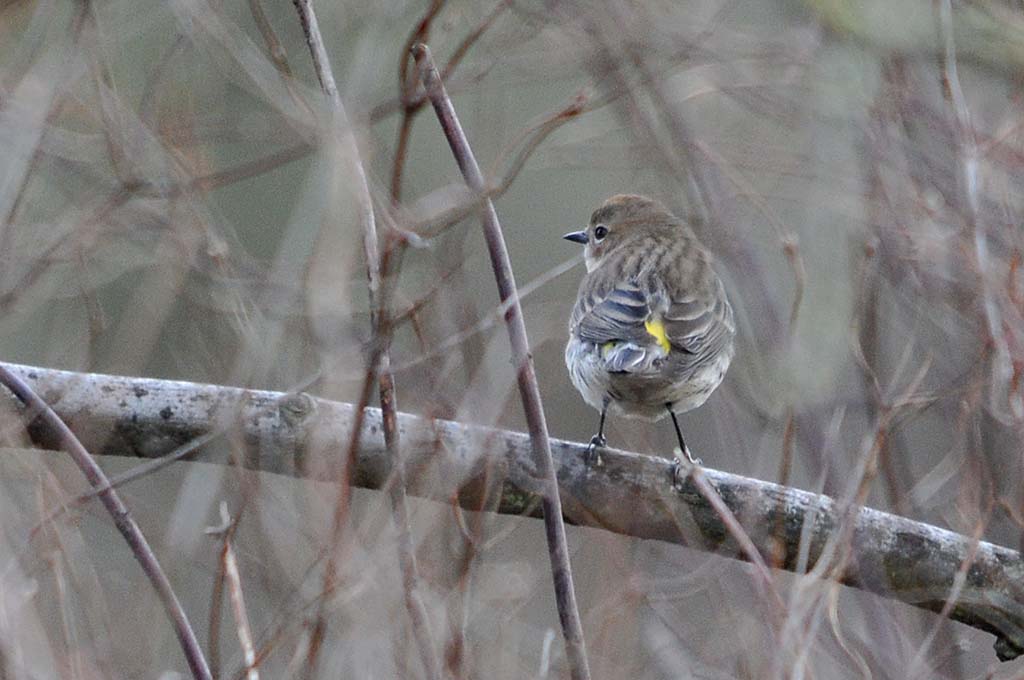 The rump that inspired a name! (Photo: Ron Hindhaugh)

Over a thousand birders have now seen the warbler and it has become quite a media star, appearing on both radio and TV! It is clearly surviving well and looks set to stay in the area for the remainder of the winter (cold weather and Sparrowhawks permitting...).

Such is the community interest in this bird that the local school, of which Thomas is a pupil, have been holding an impromptu 'warbler week' with an outing to see the birders! A visit has been planned from an RSPB education officer and a complimentary membership of Durham Bird Club offered to encourage prospective next-generation birders.

Despite the very obvious concerns, behaviour from the visiting birders has been very good. This weekend looks set to be very busy and if you are going then please donate generously! Money raised is to be split three ways, benefitting the local school, an RSPB project and the Cameron Bespolka Trust. If there are no collection buckets on site, you can contribute via the Durham Bird Club, who have kindly agreed to transfer money on to the causes. Details are held on the DBC website (www.durhambirdclub.org) and on the DBC Twitter and Facebook accounts. By the evening of 12th February, an impressive £480.23 had been raised — your contributions are hugely appreciated!

The final word goes to mum, Judy: "The RSPB Big Garden Birdwatch is a great family event and this year has proved to be really extra special in our little garden in Durham, thanks to 'Flora Butterbum'!"