I had made a conscious effort to escape from work more over lunch. Rather than work and have lunch at my computer, I'd promised myself that for 2016 I would go to Donmouth to check the gulls over lunch. A kind-of New Year resolution. I'd been doing this since going back to work after the Christmas break, but in the last few days I was particularly spurred on by Dave Foster. Dave had been finding lots of Caspian Gulls back home in North-East England over the last 10 days or so, and Dave's text messages and gripping Caspian photos reminded me to plug away with Donmouth.

On Tuesday 19 January I arrived at Donmouth as the tide was just beginning to drop and birds were gathering on the gravel bar. As I wandered along to my usual viewing point, I noticed a gull just below me, very close to the base of the cliffs and just 30 metres or so from me. It looked odd. I put my bins up and looked at it — "ooooohhh… here we go". I put my scope up and started to have a closer look.

I look at gulls a lot. One consequence of this is that I see lots of wacky birds (e.g. crazy-looking Herring Gulls), birds that fall rather clearly into the presumed hybrid bracket, and others that don't quite fit anything. Thus, when confronted with something initially puzzling, my default position is always "why isn't this simply a weird Herring Gull, or a hybrid" etc. But as the features of this Donmouth bird were registering themselves in my mind, this slightly negative default did not kick in — it looked just like a proper gull, and that gull was Thayer's. That said, I had to be careful not to let first impressions run away with me ("stop, concentrate on the details; be objective" I told myself) but boy, was this an interesting bird.

The bummer was that, having just nipped out over lunch, I did not have any camera kit. This was critical as a bird like this really needs to be captured in flight. I spent 5 or 10 minutes looking at it and running through the options; it was no Herring x Glaucous hybrid, nor did the features add up to a small Glaucous-winged. Over the Christmas period I'd been in Korea looking at gulls, and had seen many puzzling birds that I took to represent various hybrid combinations involving Glaucous, Glaucous-winged, Slaty-backed and Vega Gulls, but this bird was not like any of these. 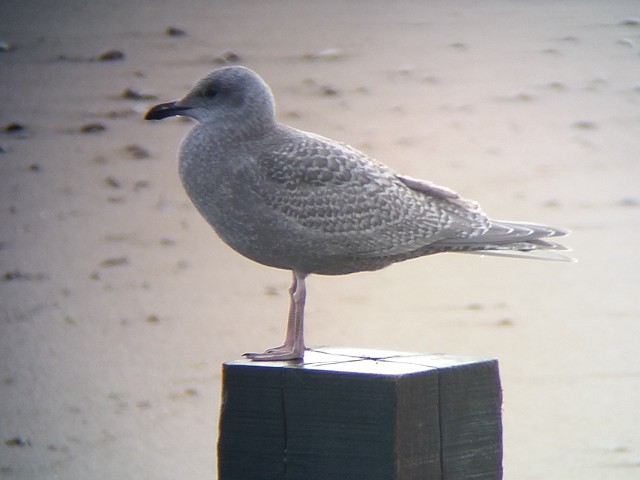 Now I needed flight images. I'd managed some video footage and stills of it on the deck using my phone. Fine, but I really needed to see the details of the open wings and tail/rump frozen in a flight photo, rather than relying on perceptions of them in the field. Damn — no camera. I needed help — opinions from friends who were not quite so adrenalin-fuelled or stressed as me, and so could look objectively, and pictures were needed.

Thankfully Hywel Maggs lives not far away and he was there with his camera within 15 minutes. I left Hywel to try and secure some pics and bombed off to pick up Paul Baxter to get his views on it — he was stuck at work with no car. By the time Paul and myself got back, Hywel had it all under control. Myself, Paul, Hywel and Phil Crockett (who I had also rang for a second opinion and managed a brief look between work duties) discussed the bird; to cut a long story short, were in agreement. It was great for me see and hear their instinctive reactions to seeing it. 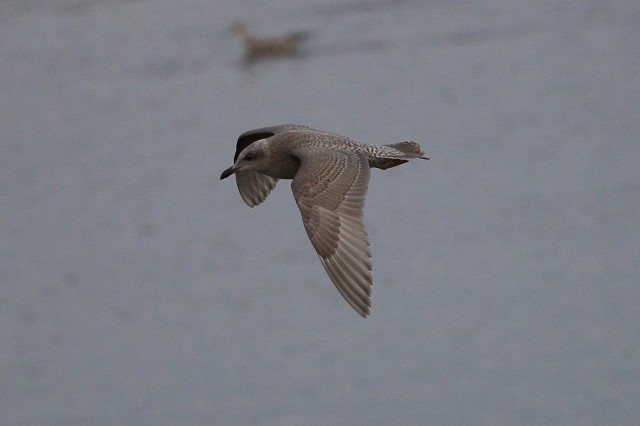 I had to get back to work but this provided me with the chance to put the news out on the various mailing systems. Most importantly I emailed a couple of my phone pictures to folks whose views I trust more than my own — Peter Adriaens and Martin Garner. Accepting that they had just my phone-scoped standing shots to go on, both quickly came back with generally positive, 'thumbs-up' type comments. But of course these can be tricky birds. I waited to receive some copies from Hywel of his flight pics, but at least from what I could establish in the field there were no big warning lights.

Hywel's pics arrived. Well, you can see for yourself what these reveal, and make your own mind up. These birds are always going to be the subject of discussion and everyone will have their views. All part of birding, and exactly how it should be. 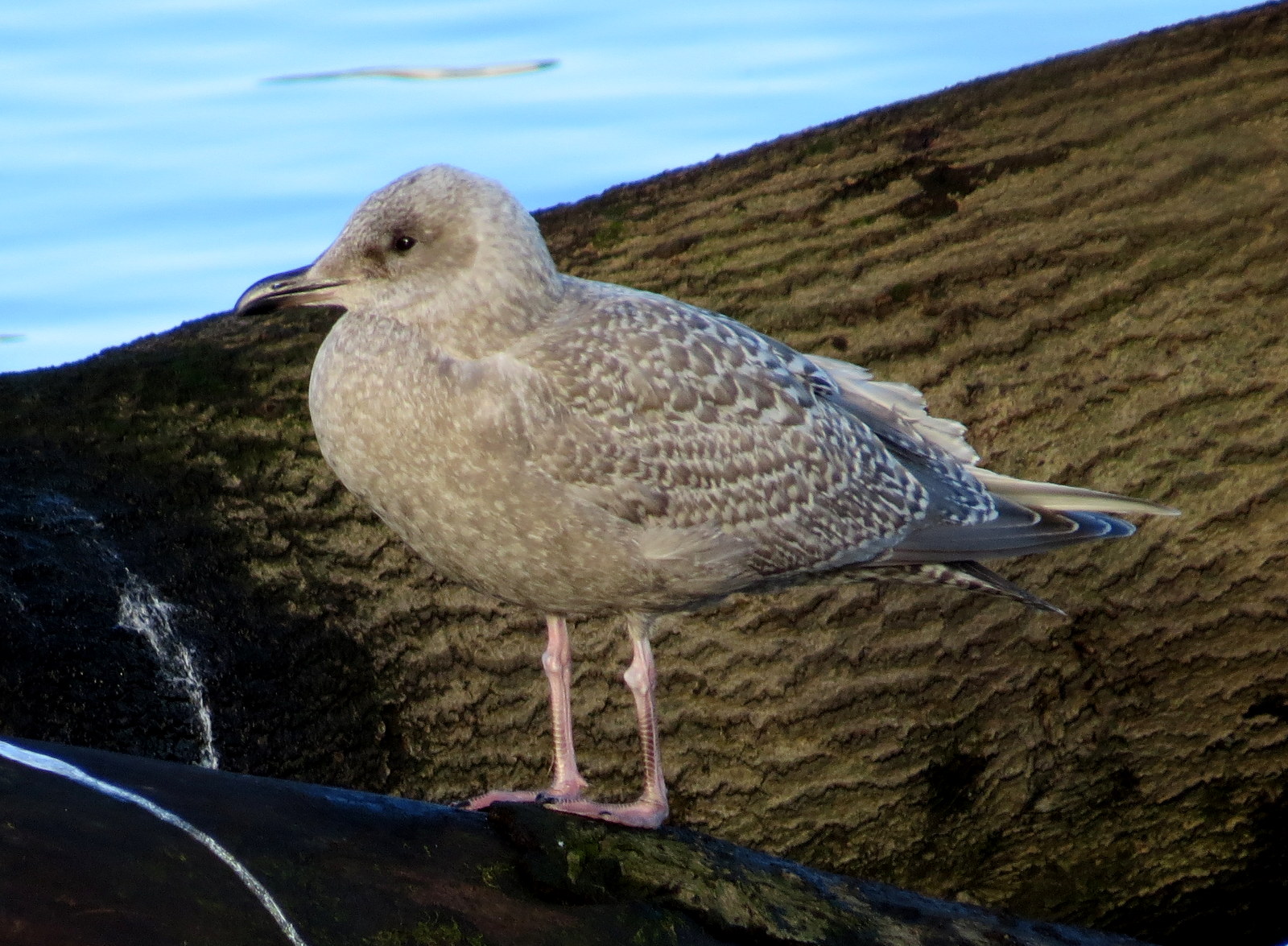 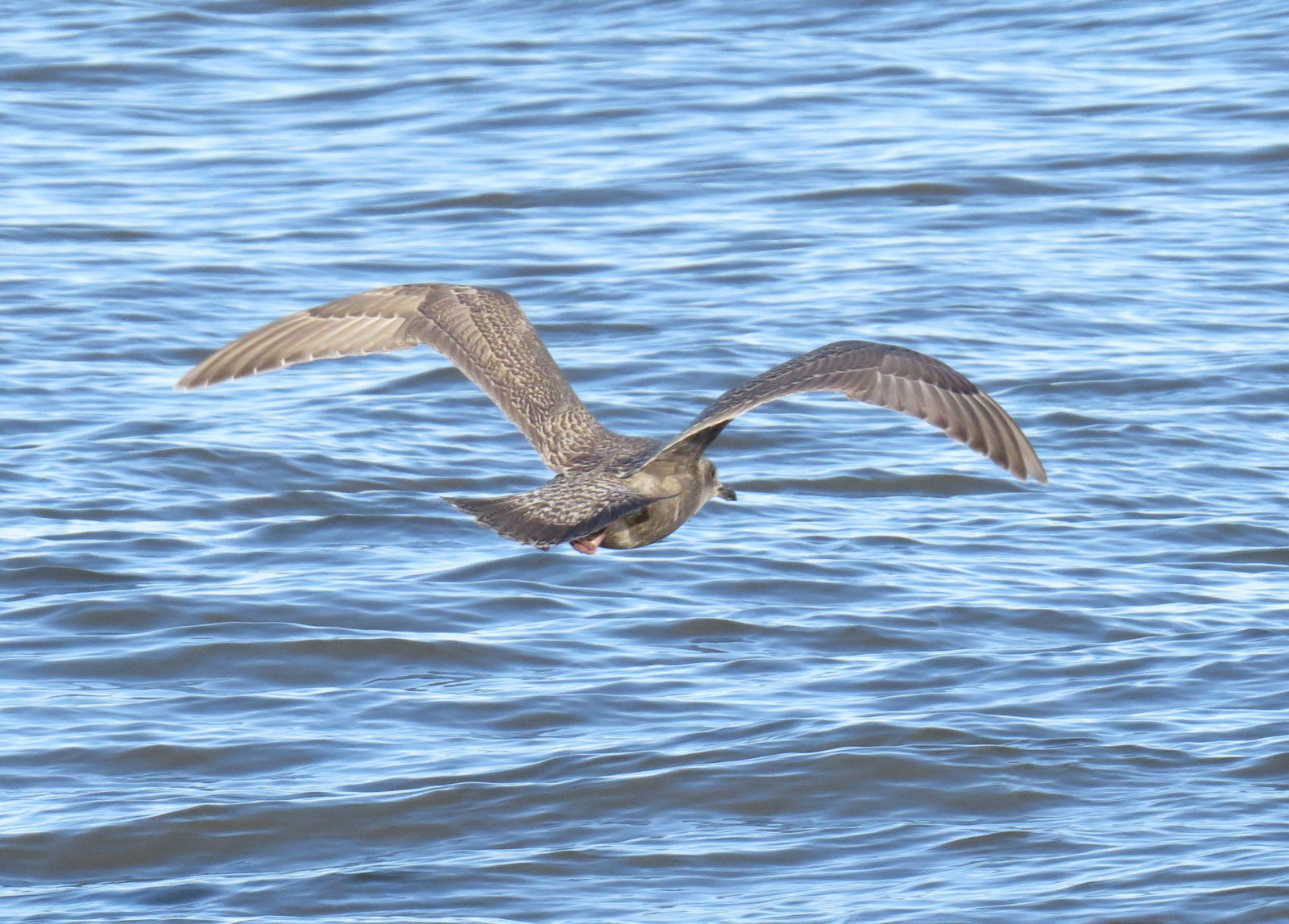 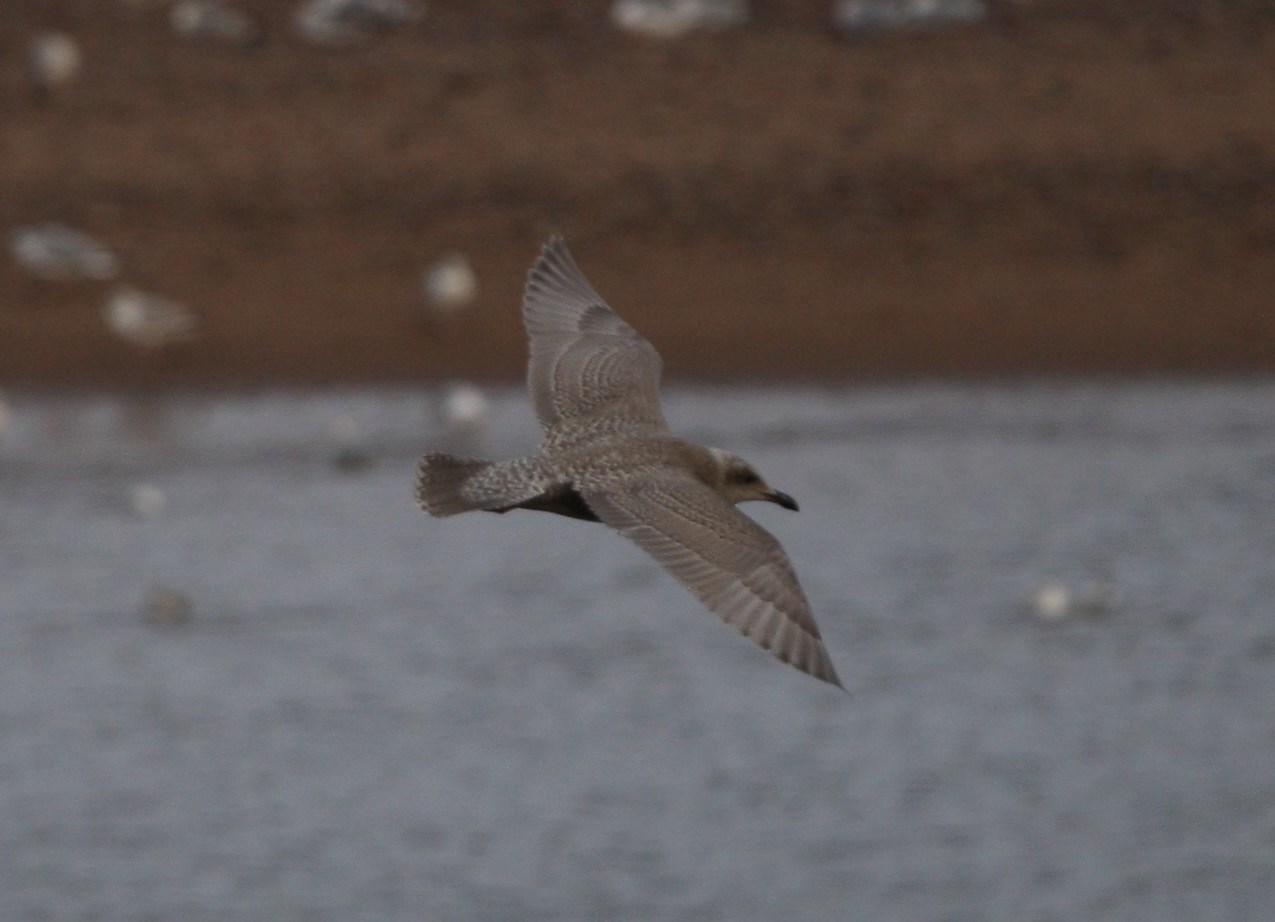