At least the sun was out...otherwise Sunday 15th August was a repeat of the previous day, with only minor variations: a less hungover seawatch, a few more common migrants on the local patch, even fewer birds on someone else's local patch, a prolonged pout.

I was nearly finished for the day and wandering back to the car past East Chevington Pools. I heard that Gary Woodburn had found a Red-backed Shrike up the coast at Newton; finally mainland Northumberland had scored — better keep going for a while. Looking north I could see some decent-looking shrike habitat on the seaward side of Druridge Bay Country Park. I'd never birded the dunes there before but it looked worth a go. It looked good for a Great Grey Shrike or a Pallas's Warbler later in the autumn. I started to relax and enjoy the stroll.

It was about 5pm when I came to an area of open scrub. I lifted my bins casually as I glimpsed a passerine deep in the cover — well, I might as well. The bird hopped forward into full view, about five metres away, and with that one movement turned the weekend on its head! It was a small, sandy-coloured warbler, barely bigger than a Phyllosc, but with an Acrocephalus warbler's head. My birding computer crashed, rebooted, then crashed again when I saw the square-ended tail and short undertail coverts as the bird turned. After a few seconds, it flew out of the bush, staying in some scrub at the top of the dunes long enough to get some 'scope views, then disappeared. It was almost a relief that I didn't have to look at it again. Nightmare over. Phew. It then reappeared again in a bush closer to me, its underparts shockingly pale. 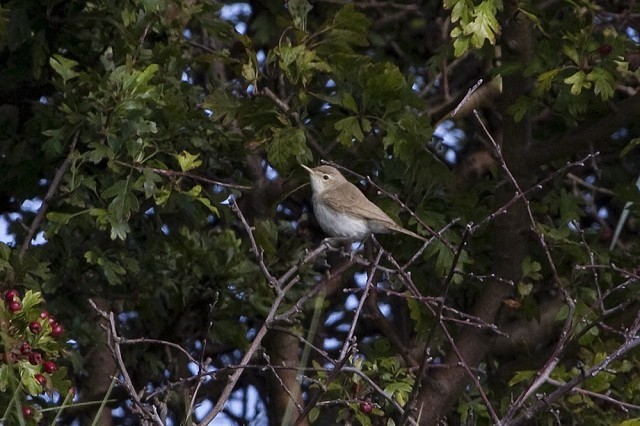 The logical part of my brain was saying 'well, it's not an Olivaceous Warbler is it, and it doesn't look like the Booted Warbler you saw on Shetland last year, and it's got an enormous hooter. YOU KNOW WHAT THAT MEANS?!' The other half of my brain was running in circles trying to think of the very common bird I'd somehow forgotten to rule out. People say you should go on your gut feeling but my gut was really not feeling so good. I started trying to take some notes while trying to follow the bird, stop my hands shaking and lug my 'scope around the dunes at the same time. These first efforts are incomprehensible — I'm not sure what 'a long short extension' refers to and I appear to have inadvertently written a haiku at one point. It was all going a bit pear.

Talking to Duncan Watson, Tim Cleeves and Gary Woodburn on the phone cleared my head a bit, and their willingness to drive up from Tyneside on the basis of my garbled description calmed me down no end. I was still convinced it was all going to unravel though, right up to the point that Duncan, the first to arrive, got his 'scope on the bird and agreed I was definitely onto something. After some good views the warbler then flew along the dunes, and my anxiety shifted from a disastrous misidentification to failing to clinch a great find. Fortunately Tim and Gary appeared, Gary relocating the bird almost immediately. Apparently I looked 'very tense' — I think I still look a bit crazed three days later! 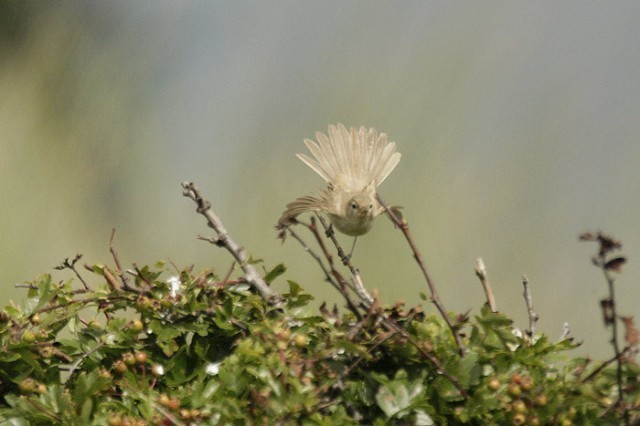 Chris Knox, Mike Hodgson and Alan Curry then arrived, which made six increasingly excited birders looking at a bird that seemed to show all the key features of Sykes's Warbler, although the bird had an uncanny knack of looking like a Blyth's Reed when it first emerged from cover. Apparently Tim had got the same jizz from Sykes's in Kazakhstan though, which was a relief. Duncan had heard it call when crawling closer to get photos, and his description of it seemed to favour Sykes's as well. Having been able to talk the issues through with birders who'd actually seen both species, I was eventually ready to ring BirdGuides and put the news out as a probable Sykes's Warbler. Over the next couple of hours the local birders steadily built up, although the warbler showed less and less as it got dark. Did we have enough detail to confirm the identification?

It was late by the time I got home and I was more interested in my beef in black bean than checking the literature. When I did, and started coming across pictures of long-billed Booted Warblers (including that Frankenstein's monster at Green Farm in 2008), my anxiety came back with a vengeance, especially when the word 'probable' started to disappear from the updates and I started to think about the distances some twitchers would be travelling to see it. What if we'd failed to properly rule out Booted Warbler? It had never felt like a Booted, but there were some worrying distractions, particularly the pale-fringed, darker-centred tertials. 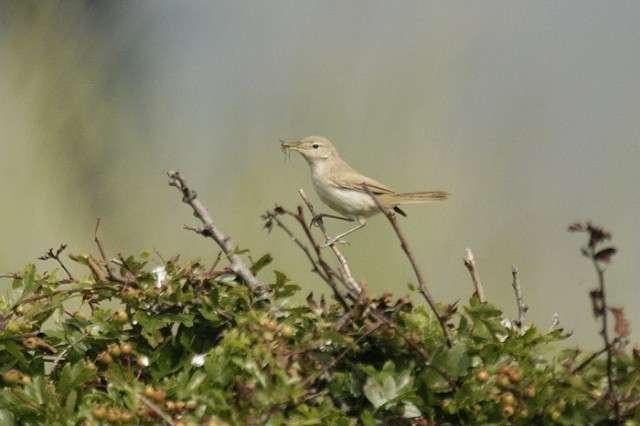 Fortunately the bird eventually showed well the following day, and the identification doubts slowly evaporated with every photo and description of its call, although some of the photos show an extended supercilium and a distinct dark side to the crown that weren't nearly as pronounced on the actual bird. A second Sykes's turning up on Shetland seemed to seal the deal. If I can pull together a good enough description for BBRC that is...

It was a brilliant experience, although I'm still a nervous wreck, and need a couple of docile patch trips to restore some sanity. Hopefully I have learnt the following. Keep going, even when you 'know' you're not going to find anything. Practice taking field-notes, and not just on twitched rarities that sit around showing you every feather tract. And most of all, know some birders you can rely on, even when you can barely string a sentence together!