I had only recently [15th March] started my year as the warden at Landguard Bird Observatory and was looking forward to the year ahead and hoping for a few scarce migrants or even a national rarity. I am familiar with Landguard and know that it's famous for the occasional 'mega', such as Crested Lark and Blyth's Pipit. It's been several years since Landguard has pulled in such a bird, though, so I was hoping 2011 would be another special year for the Observatory.

On Thursday 24th March, I was on the regular early-morning net round at the Observatory, but despite good weather there didn't appear to be many birds around. On checking the first net just before 07:00, I noticed that a Treecreeper had been caught. Eurasian Treecreeper is an uncommon bird at Landguard, with only 12 records, so I already thought catching one was a very good start to the day. Short-toed Treecreeper has occurred as a vagrant in late March in the past in southeast England, including at Dungeness (with an incredible 12 records) and Sandwich Bay Bird Observatories, so I thought that I'd better check this bird most carefully in the unlikely event I had a Short-toed! 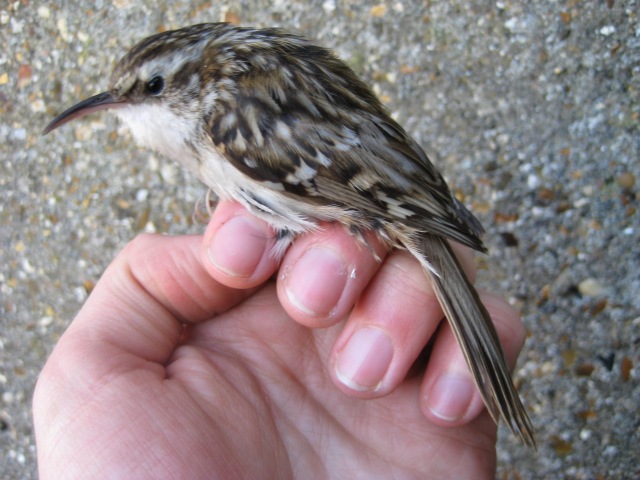 Once I'd finished the net round and got back in the ringing room, I ringed the Blackbird and two Chaffinches we'd also caught before looking in detail at the treecreeper. Checking it in the hand with the guides, I noticed that it was showing some very interesting features that made it look more and more like Short-toed as opposed to Eurasian. In fact, I was almost convinced that I had a Short-toed Treecreeper. I'd already informed Nigel Odin that I'd caught a 'treecreeper species', and on seeing the distinctive pattern on the alula he too was in agreement. Whilst he made some phone calls, I checked other features on the bird. Other observers arrived and after further examination we were all agreed that we had Suffolk's first Short-toed Treecreeper. 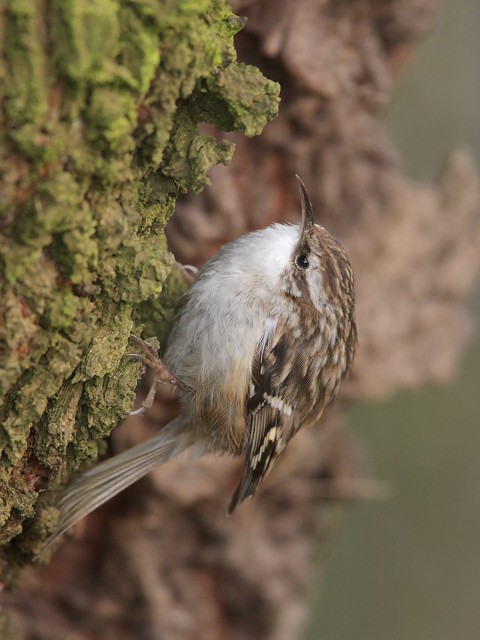 Many measurements were taken and the bird was ringed and weighed before being released. The news was then widely released, and the bird showed well at times for the next few days. At times it was heard calling, which added to its identification in the field.

This is the rarest bird I have found in Britain and it has already made my year, and probably that of many other birders too. It beats the Great Spotted Cuckoo that I found at Sandwich Bay Bird Observatory in March 2001, although interestingly that month a Short-toed Treecreeper also turned up in Britain.

This record was the first for Suffolk and only the sixth record outside Kent. It's a bird that has been long anticipated in Suffolk. Although it's still an extremely rare bird in the UK, it is worth considering that of the 24 records, no fewer than 17 have been ringed birds, so how many have reached our shores in the past without being noticed or correctly identified? In my opinion Short-toed and Eurasian Treecreeper are the most difficult of all the Western Palearctic species to identify positively.