We met up as usual on Fox Hill Down at Langdon Cliffs near Dover, Kent, shortly after 7 am on Sunday 11 September. There was pretty much no wind and it looked like it was going to be a nice, sunny south-coast day. It felt 'drifty', the type of day with the potential for some aerial bits thrown into the mix and perhaps the odd passerine in the bushes.

Having watched the site for a handful of years we now have a decent, trusted circuit each visit. Starting off in the National Trust car park at Langdon Cliffs, we walk east from Langdon Cliffs NT through Langdon Hole and onto South Foreland before heading back, checking all the cover that there is and keeping our eyes to the skies. Generally, the circuit takes us five hours and we just see what we see hoping for that bit of luck that every birder who is out and about gets from time to time.

It was pretty evident early doors that huge numbers of Swallows had roosted in the area, and we'd had good numbers the previous day as well. The bushes seemed quieter than the previous day, with fewer Willow Warblers about. However, a Pied Flycatcher early on showed a bit of promise and a semi-showy Common Redstart in Fan Bay was new in, too. Whinchat and Northern Wheatear also kept us going. As we headed up the steep incline from the bottom bushes in Fan Bay towards the lighthouse at South Foreland, we received exciting news that a dark-morph Eleonora's Falcon had been seen at Worth Marshes just a few kilometres to the north and that it had 'semi-headed' in our direction. And so, it was eyes to the skies once again as we hit what we call 'the valley' at South Foreland. 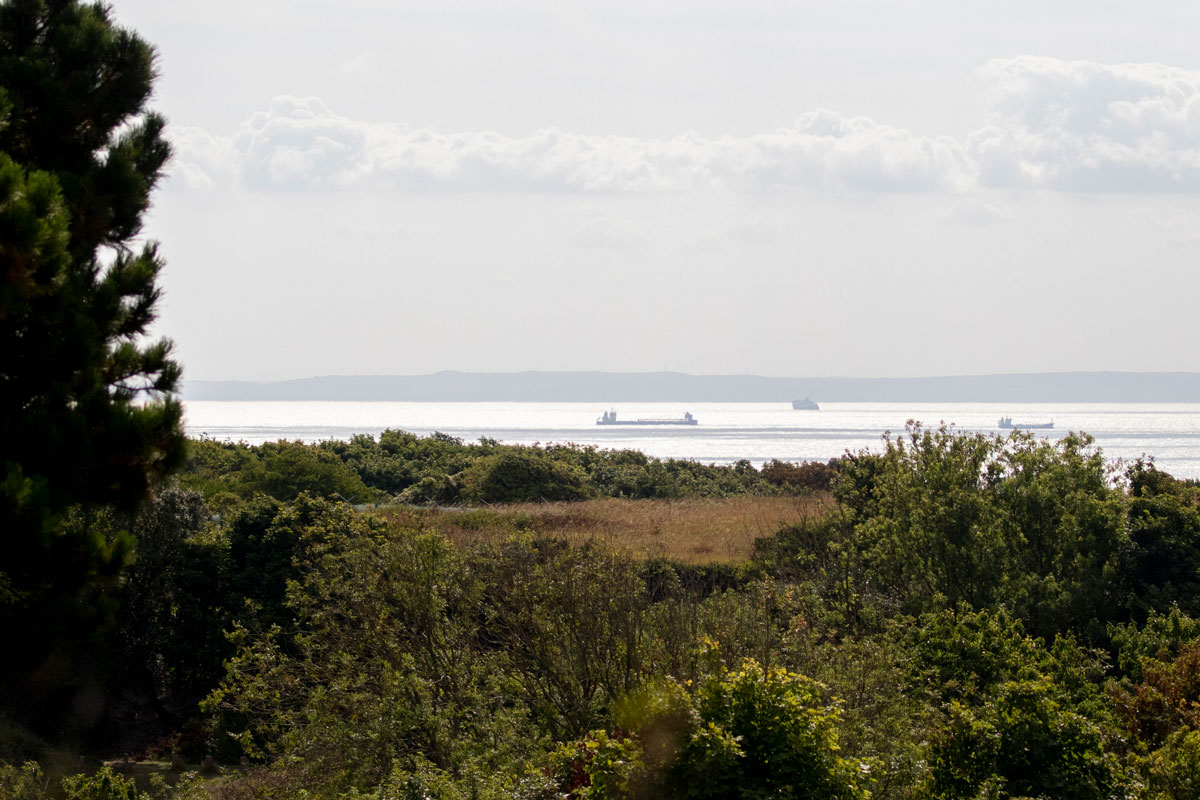 Looking across the Channel from South Foreland on a clear day, illustrating just how close France is to this stretch of the Kent coastline (Jamie Partridge).

With it now getting on for 9.30 am, which is what we term 'raptor time', the first Common Buzzards started to appear, including a small kettle of four birds over Top Wood. Although it's no Batumi or Tarifa, the site does get a good procession of raptors and decent ones too – most notably European Honey Buzzards – and we were hoping for one of these for our efforts. However, scans of the sky from Lighthouse Down and South Foreland valley didn't reveal too much else, and the bushes were deadly. We therefore decided to head slightly inland of South Foreland lighthouse and along the track to Wanstone Farm. This is an area that opens out with fields of mixed arable farming that gives a good panorama in all directions.

There were plenty of gulls in one of the recently ploughed fields to the north of us, as we looked in the direction of Reach Road. They all flushed off the deck for some reason, and some headed our way. In among this breakaway group was a first-winter Caspian Gull, a species we both enjoy a little more than most. A quick scan revealed a couple more distant buzzards, but then things became a little bit of a blur …

It was now 10.59 am and coming in from the west, a raptor appeared between us and Reach Road. Light was good, if not a little bit hazy and the bird in question was flying fairly purposefully with deep wingbeats, and initially due to its plumage we thought it could be an Osprey. Quickly though, there was a bit of a numbing silence: as it motored towards and parallel with us it took on an altogether different look – large, broad-winged and with a distinct dark brown head and upperparts and pale underparts. With no apparent markings to its underwing (particularly a distinct lack of any carpal patch), a fairly sturdy appearance with a shortish tail too we were at this point now saying, disbelievingly: "Why can't this bird be a Short-toed Snake Eagle?" 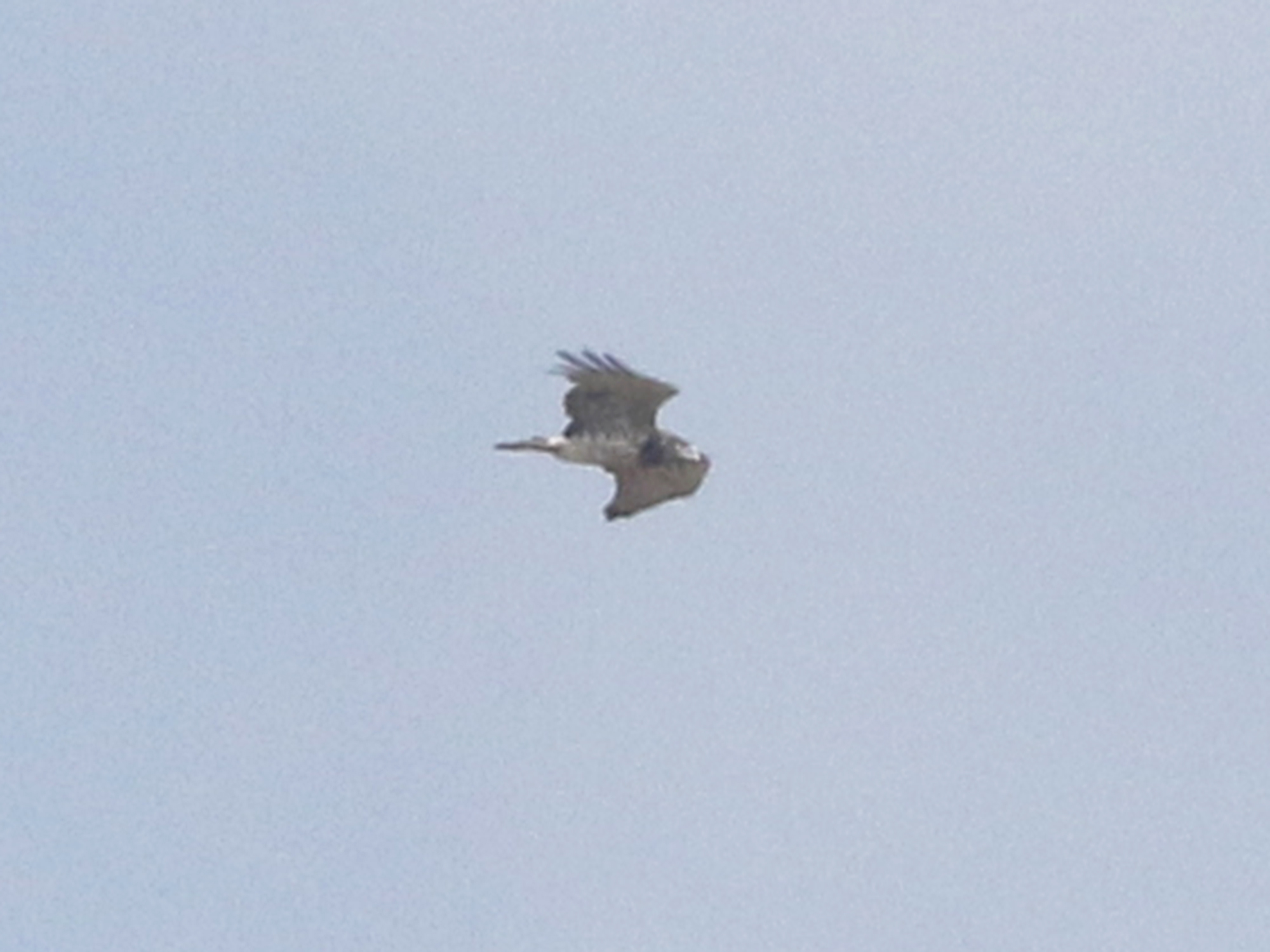 Given the legwork required to get around the site, neither of us ever carry scopes, so after the initial bins views we started firing off shots while continuing to watch it. As it headed east, it started to gradually circle up between us and St Margaret's at Cliffe. As it did so, it exhibited some nice pale upperwing coverts and a pale uppertail and rump. We lost it high as a speck, having watched it for probably around five minutes from start to finish. 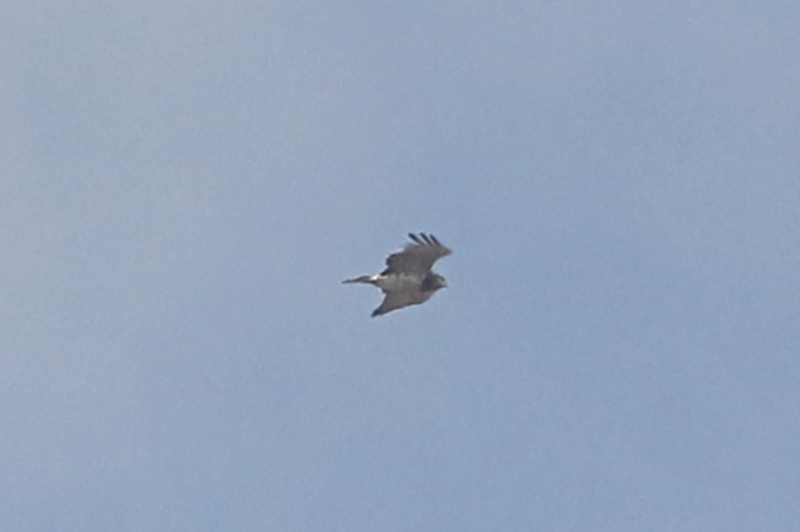 The dark head contrasts with the otherwise pale underside, while the face and bill appear grey (Richard Bonser).

As we checked our images – what you'd certainly call 'record shots' – more detail was visible. A nice fat head, obvious piercing eye, barring on the secondaries, dark tips to the primaries on its underwing, darkish specks to the breast and obvious primary hand to its wings. Given the enormity of what we'd just seen we wanted to do a bit of a double check on things to make sure our adrenalin wasn't getting in the way of our judgment and sent some back of the camera shots to a handful of mates. Very quickly, everyone came back in the affirmative and news was quickly released to the masses.

From its height when it disappeared, the eagle would have had two options given the excellent visibility – attempt a Channel crossing as France was very visible to the south, or drift off north and along the east Kent coast.

While soaking in what we had just seen, things got even better as a juvenile European Honey Buzzard appeared from the same spot just 15 or so minutes after we'd last seen the eagle. It was all a bit unreal and suffice to say the long walk back towards Langdon Cliffs NT car park was a bit of a daze. We were both properly stoked with the day, and the site continues to keep giving since we started our efforts here with Dante Shepherd and Josh Jones in the autumn of 2017. 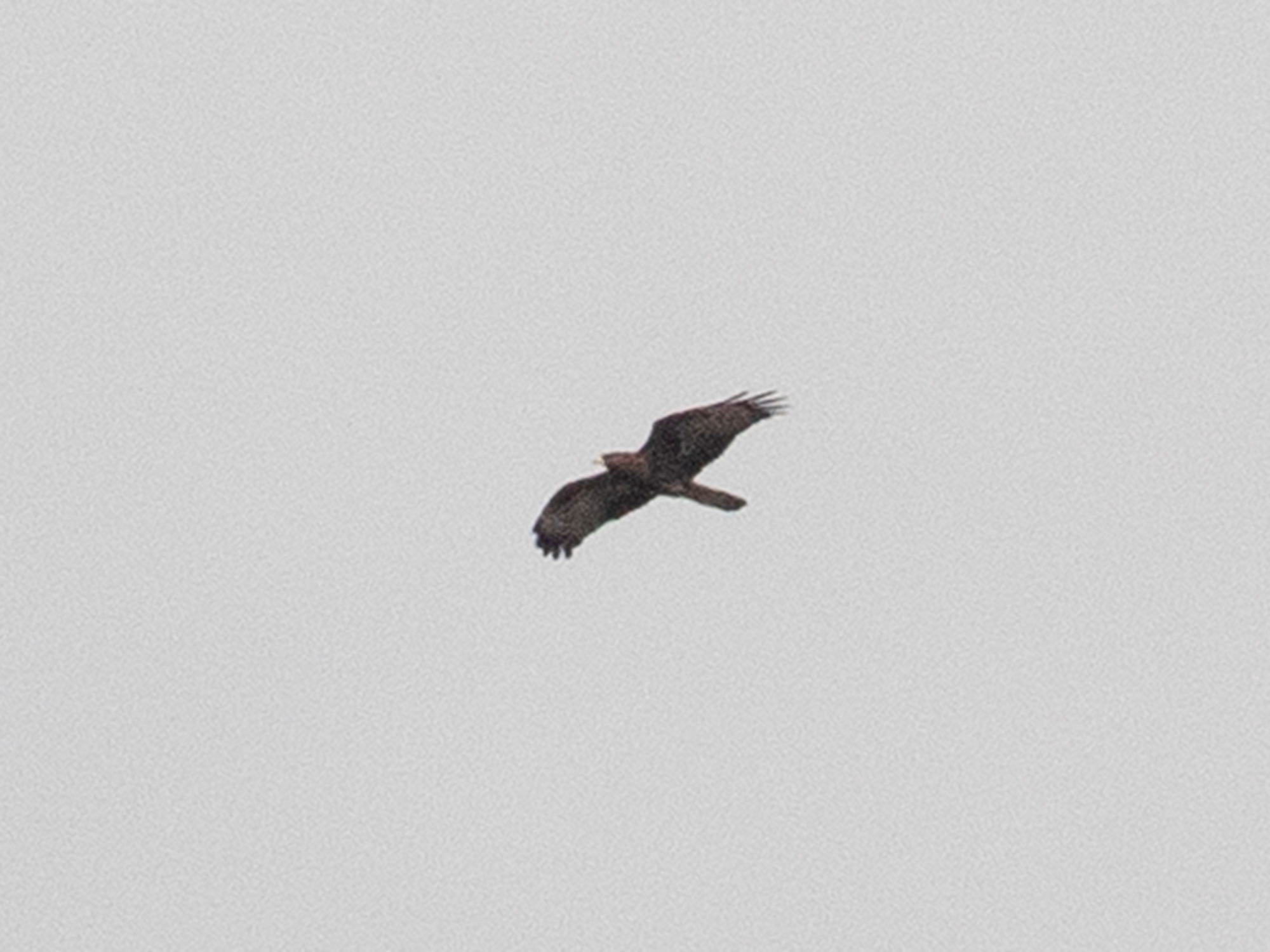