Having been down to my local patch – Windmill Farm National Nature Reserve on The Lizard, Cornwall – in the morning, I went home to Helston to pick up my wife. We had planned a walk and picnic around Black Head, near Coverack. We love this area and walk it often.

We left home at 11.30 am, picnic packed, and headed for Treleaver, arriving a little before midday. Having parked up, we put on our shoes and off we went. As always, I had my bins and camera around my neck (I carry a Sony RX10 mk4 – and I love it!).

We walked south along the footpath toward Beagles Point. Just as we rounded the first corner on the track I saw a bird flick up in the hedgerow to my right. I asked my wife to stop for a second before again seeing the bird, this time obtaining a glimpse of a red tail. I thought Common Redstart. The bird sat in cover for about 10 seconds and then popped out, at which point I then saw white on the end of its tail feathers and said to my wife: "This could be something really good!" 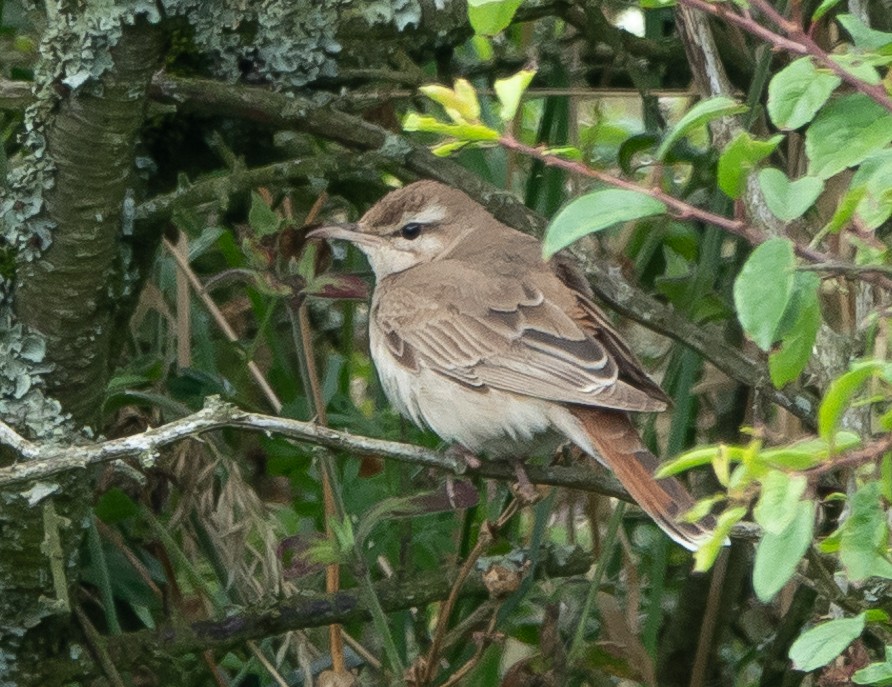 Upon discovery, Dougy was able to fire off some shots of the initially elusive bird, allowing for confirmation of the ID (Dougy Wright).

I immediately fired off a few shots and then carried on observing the bird, picking out the large bill and strongly-marked face. It then started flicking its tail for me! I could hardly believe it – self-doubt was creeping in, so I sent some back-of-the-camera photos to a few of my local birding friends. I cannot repeat their responses! I had found a Rufous-tailed Scrub Robin.

The bird then flew across the path and into a tree surrounded by some willow scrub. It was now approximately 12.45 pm and a few of the locals had turned up, but the bird had not reappeared. We gave it some 45 minutes (the extent of my understanding wife's patience) and I left the guys to it – there were now about six people there and more on the way.

When I got to my car one of the guys messaged me and said it was showing again where I had originally found it. I apologised to my wife, went back and was rewarded with some crippling views! I was also very glad the others got to see it. Once we knew the bird was still there we put the news out.

What a day! The only slightly disappointed person was my wife as we did not complete the walk. I tried to explain the provenance of this find, explaining that I doubted I'd ever find a better bird than this.

This area has been good for me. Last year I had a Vagrant Emperor (my 18th on the Lizard!) and in 2019, on 6 October, my wife and I were dive-bombed by a Monarch while eating lunch on the coast near Black Head. 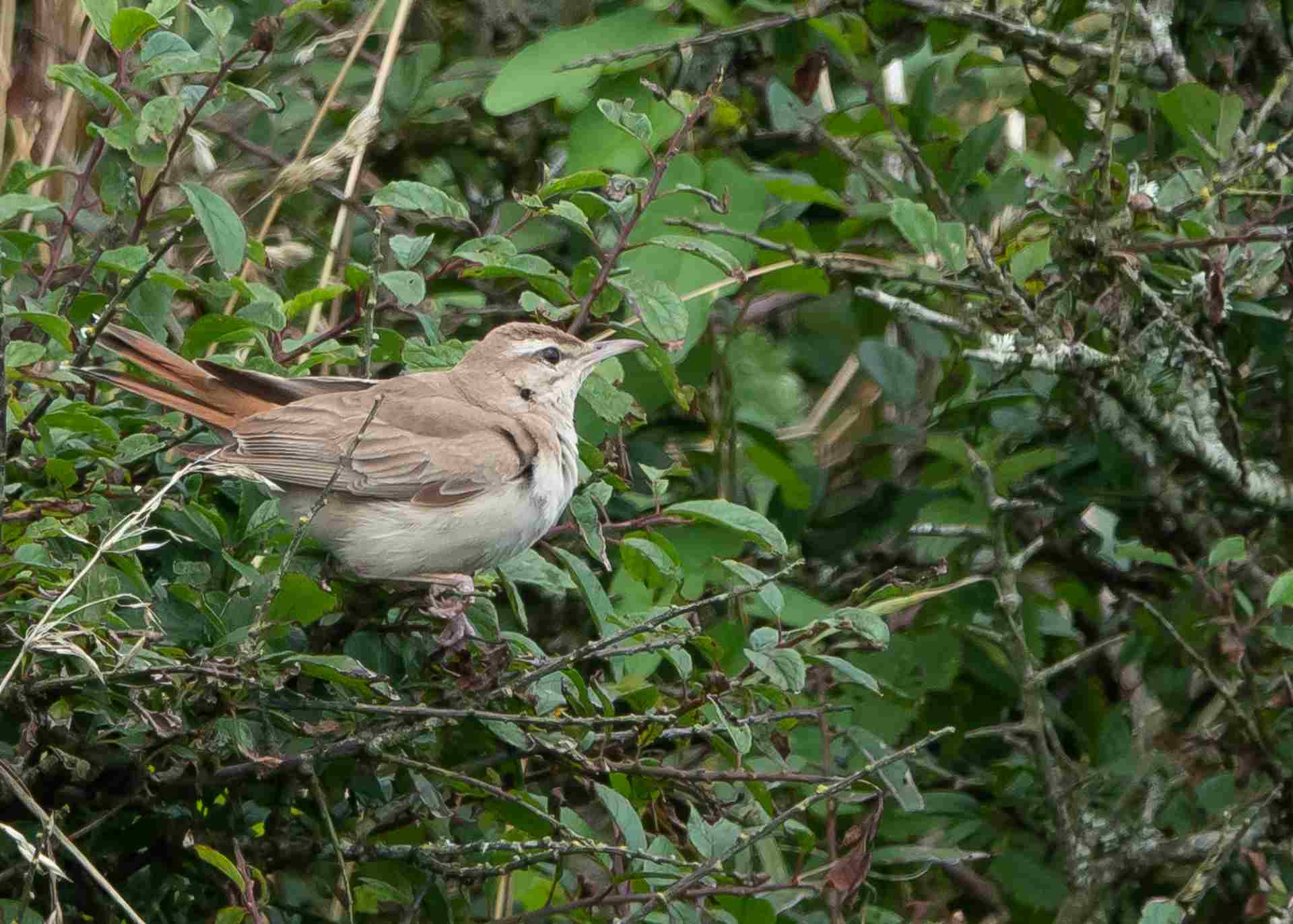 The Rufous-tailed Scrub Robin lingered after its discovery and was well twitched the following day (Dougy Wright).