It would be fair to say that the Blyth Estuary situated in south-east Northumberland is a long way removed from its picturesque namesake in rural Suffolk. If birding in gritty, industrial surroundings is your thing, where discarded tyres, shopping trolleys and traffic cones pepper the tidal mudflats, then you would feel well at home on the Blyth. I certainly do, as it happens, and endeavour to visit as frequently as possible, always harbouring the hope that one day it might well turn up an A-list Asian shorebird …

Well, that day finally manifested itself on 5 June, when a routine Saturday evening low tide visit ignited on the discovery of a small calidrid way out across the mud, scuttling around in among a small group of passage tundrae Ringed Plovers and Dunlins. Apart from the long distance involved (300m or more) it proved an ideal circumstance, as the light was good and the wader flock also included a bonus single Little Stint, which in itself was a notable occurrence and gave a great opportunity for some direct plumage and structural comparisons. 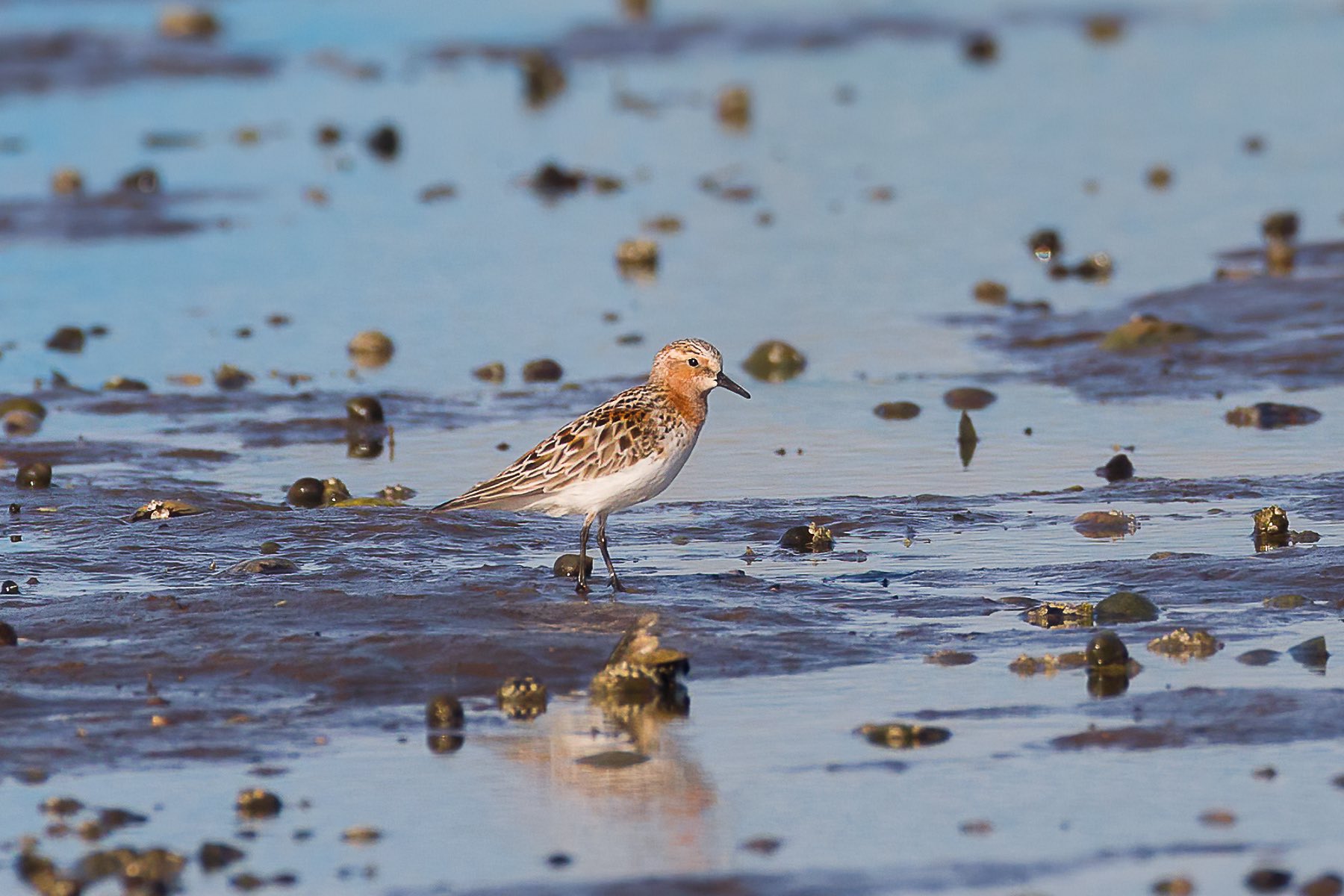 With bright colouration around the head, distinctly patterned scapulars and an obvious larger size compared to the Little Stint, my initial thoughts were that it had to be a Sanderling, albeit a bit of a dinky one. But as it passed a Dunlin I realised how diminutive it actually was. The alarm bells began to ring now and cranking up the zoom on my telescope revealed a bill structure that surely was way too small and fine for a Sanderling – that feeding action was also much more stint-like, too.

I then took a deep breath. A sense of caution transcended as, somewhere deep down in the recesses of my brain box, I could recall a controversial calidrid on Fair Isle way back in the day that masqueraded as a Red-necked Stint, but ultimately was proven to be a Sanderling. I knew then that I had to get closer and hopefully obtain some images, the implications of which were slopping out across several hundred metres of some of Blyth's finest mud!

Oh well, it had to be done, so off I went, slowly edging my way towards the group until I finally got within around 50m. I was overjoyed to find that the mud was still only ankle-deep. I could now double-check all the apparent plumage details and click away with the camera. In the ‘scope the brick red face and throat was incredibly compelling, and it had a restricted white chin and a black spotted necklace that had an undeniable clean white basal colour. 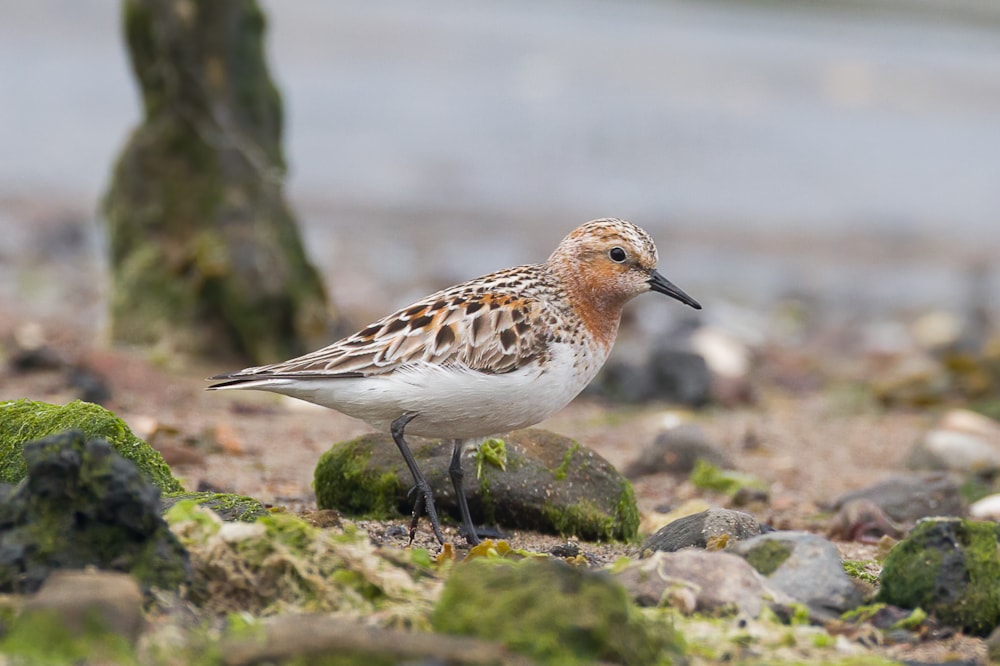 The bird proved most confiding for observers on the north side of the estuary (Alan Curry).

There was a row of attention-grabbing, fiery orange fringed scapulars that jarred with the predominantly grey wing coverts and were slightly reminiscent to my eyes of a juvenile Western Sandpiper. The larger size was truly consistent and the stint was quite chubby looking around the belly when seen head on, this being compounded by a rather short-legged appearance. I could see that the wings appeared notably attenuated and altogether quite different structurally to the Little Stint.

Surely it had to be a Red-necked Stint, but still the spectre of messing up a miniscule Sanderling was clouding the situation. My normal operating mode in this circumstance would have been to simply take some time out and take stock but with the tide turning and only a couple of hours of good light remaining I knew I needed to share the sighting locally – heaven forbid that it was gone the next day. A cautiously worded message was shared around the local birding community, triggering in Blyth terms a monumental twitch with as many as 60 birders connecting before dark and thankfully emitting only positive vibes! 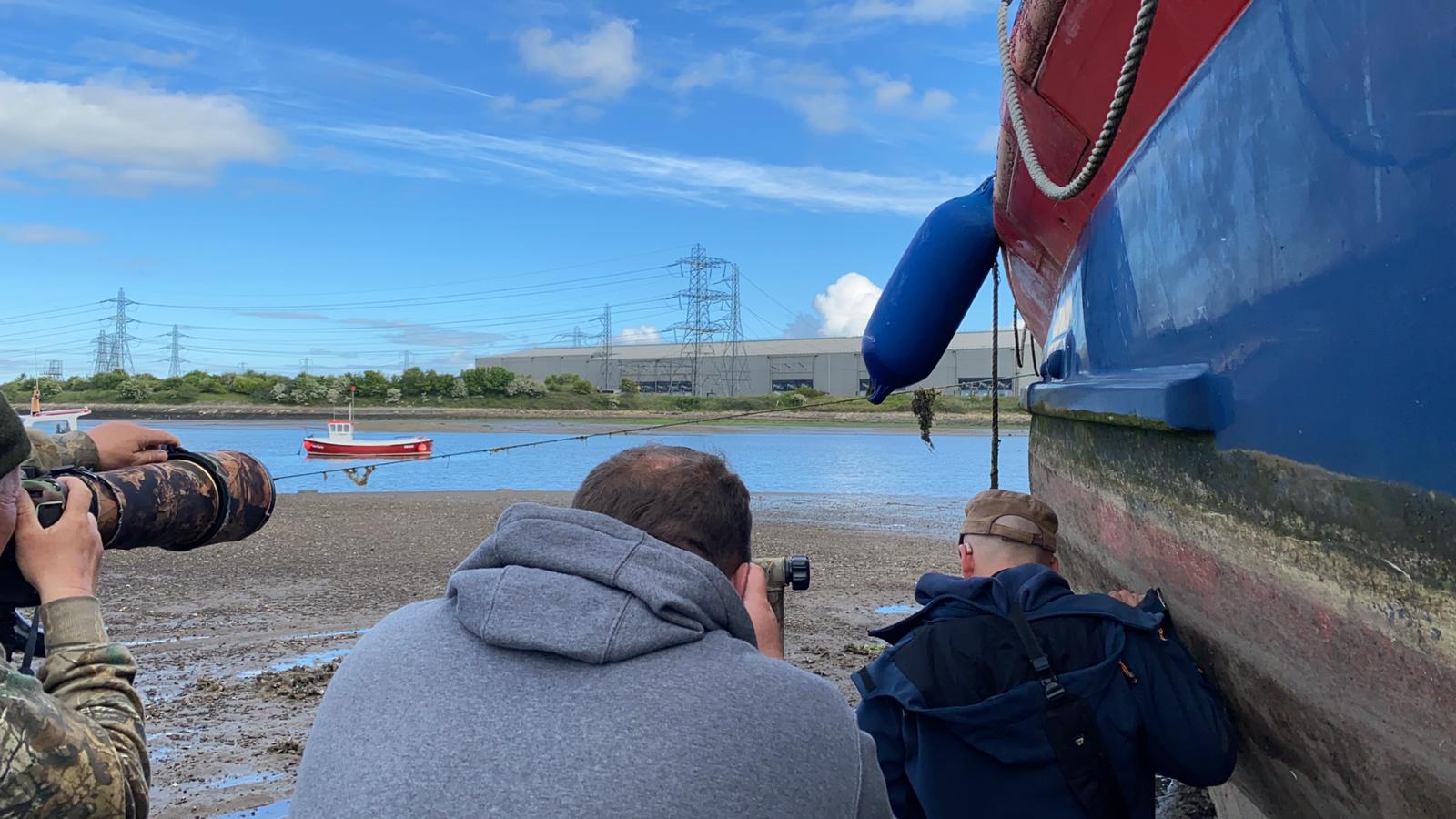 This is the first twitchable individual of its kind for two decades (Sam Viles).

The Red-necked Stint remained on the estuary for a further two days, establishing a pattern of roosting at high tide on the small gravel spit at the mouth of the Sleekburn. Here it offered up mind-boggling close views and unparalleled photographic opportunities, often side-by-side with the Little Stint. The statistics were also pretty impressive – I hadn't appreciated how rare nationally Red-necked Stint remained. This was only the eighth British record and, perhaps more importantly, the second Northumberland record. Blimey!