A pair of record shots appeared on Twitter late afternoon of 18 January, displaying a purported Black-throated Diver at Blyth Estuary — a site that I know well and visit frequently. The bird's appearance was striking and triggered a significant amount of background noise among several members of the local birding community.

Although the images were not exactly the best, and the opinion of the initial observer was highly regarded, they nevertheless conveyed several features that were highly suggestive of something much rarer. So much so, in fact, that first light the following morning saw me scouring the River Blyth and docks for a couple of hours in the vain hope that it was still around. Alas it was not to be and, apart from a couple of Glaucous Gulls, there was little on offer on the estuary that morning.

Fast-forward 24 hours and I received an email from Tim Cleeves, which contained an equally poor series of images of a 'Black-throated Diver', taken at East Chevington North Pool, that had been discovered the previous afternoon. It was surely the Blyth individual and I immediately rang Tim back to discuss this. Clearly we were both thinking one and the same but Tim was tied up and unable to make a return visit. That was that then — my working day had to be hastily re-organised and an afternoon jaunt up to East Chevington was now top of the agenda.

I kept returning to the flanks. At no time had any of the images shown any suggestion of a pale flank patch and this really held true in life — it was just consistently dark all the way along the waterline. And then there was the behaviour: it was hugging the shore and 'snorkelling' in the manner of a Great Northern. At times it would swim off into the reed bed and simply vanish for a while. It was all adding up nicely that the bird must be a Pacific Diver, but I knew it was a big call and that I needed to see (and hopefully photograph) the 'straps'! 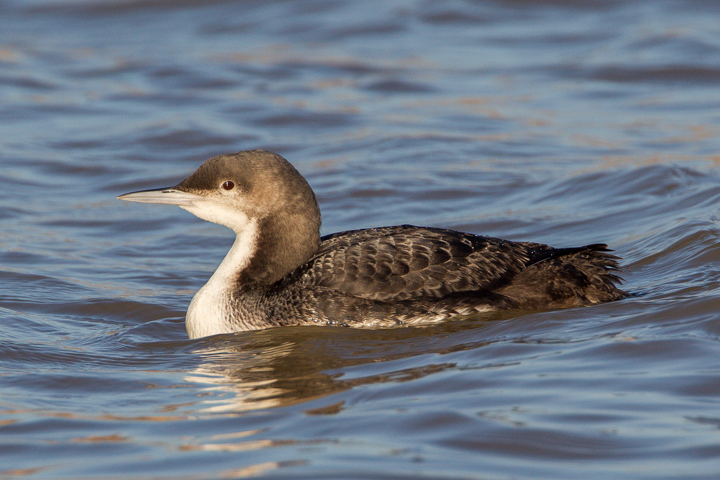 This was the difficult bit and it was a couple of hours later before it finally came within camera range, at about 60–80 metres. Now I could see that it did indeed have a short and fine bill, the ear coverts were indeed dusky and not a perception, and the chin strap was there — albeit in a very faint form. In fact sometimes it didn't appear at all, vanishing when the neck was stretched. The icing on the cake came as it preened, when for a moment a broad dark vent strap became visible as it rolled on its side. The camera shutter clicked and it was a done deal — an unexpected but most welcome addition to the county list. Happy days! 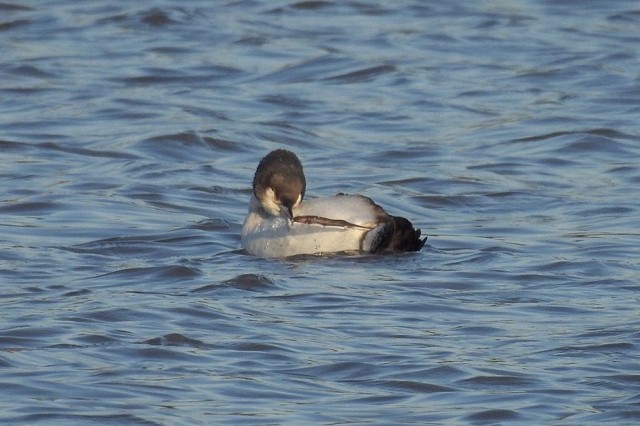 The Pacific Diver relocated from East Chevington to nearby Druridge Bay Country Park on 21 January and is still present at the time of writing — eds. 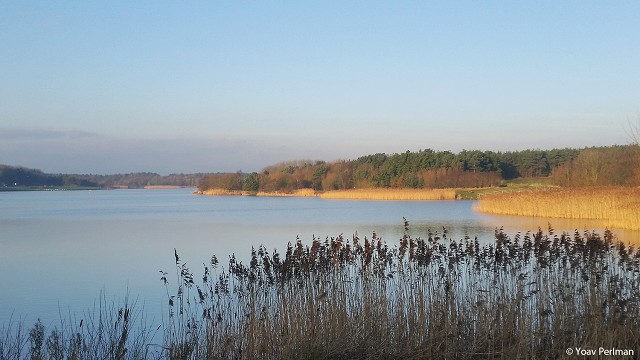 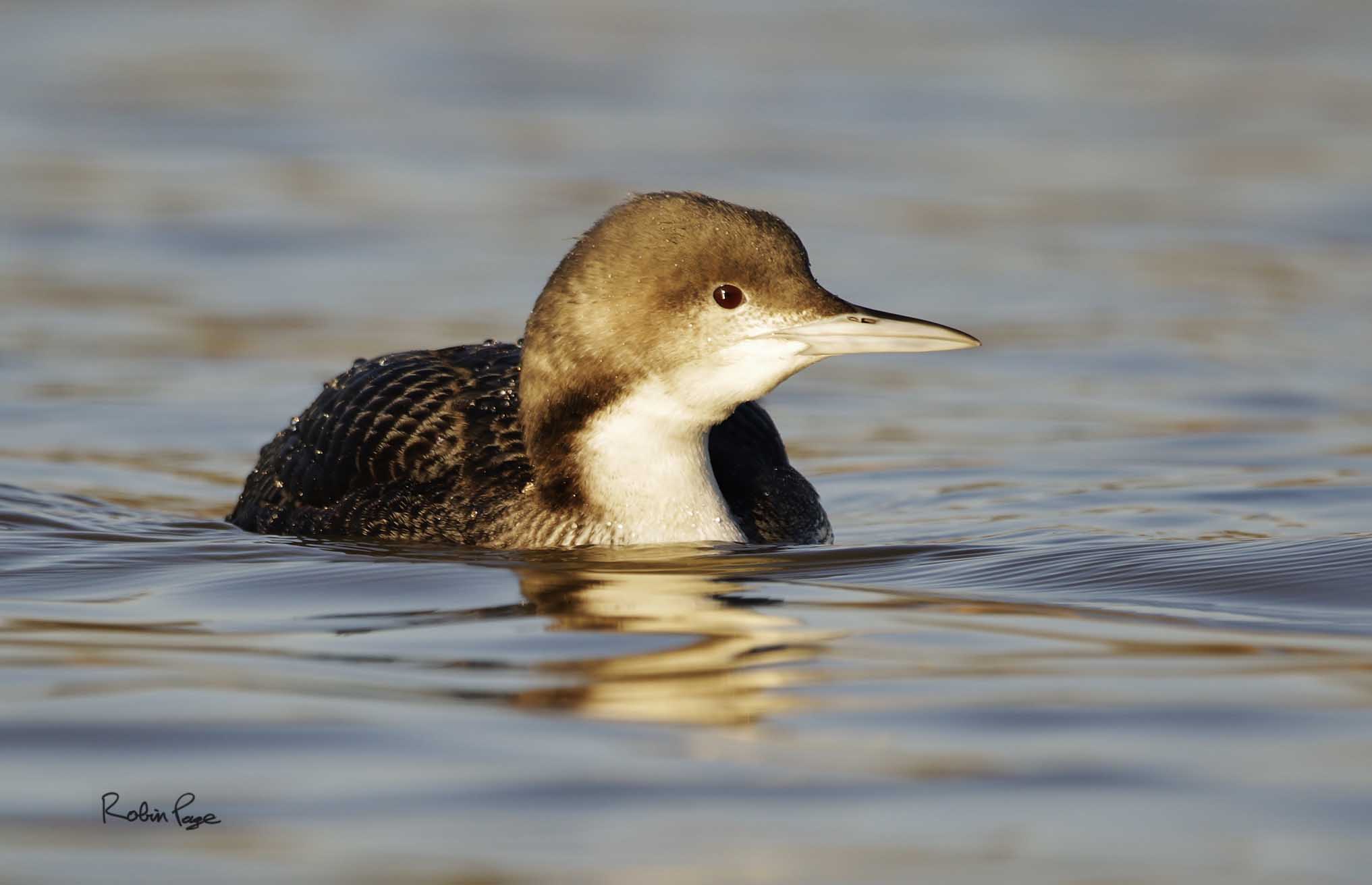 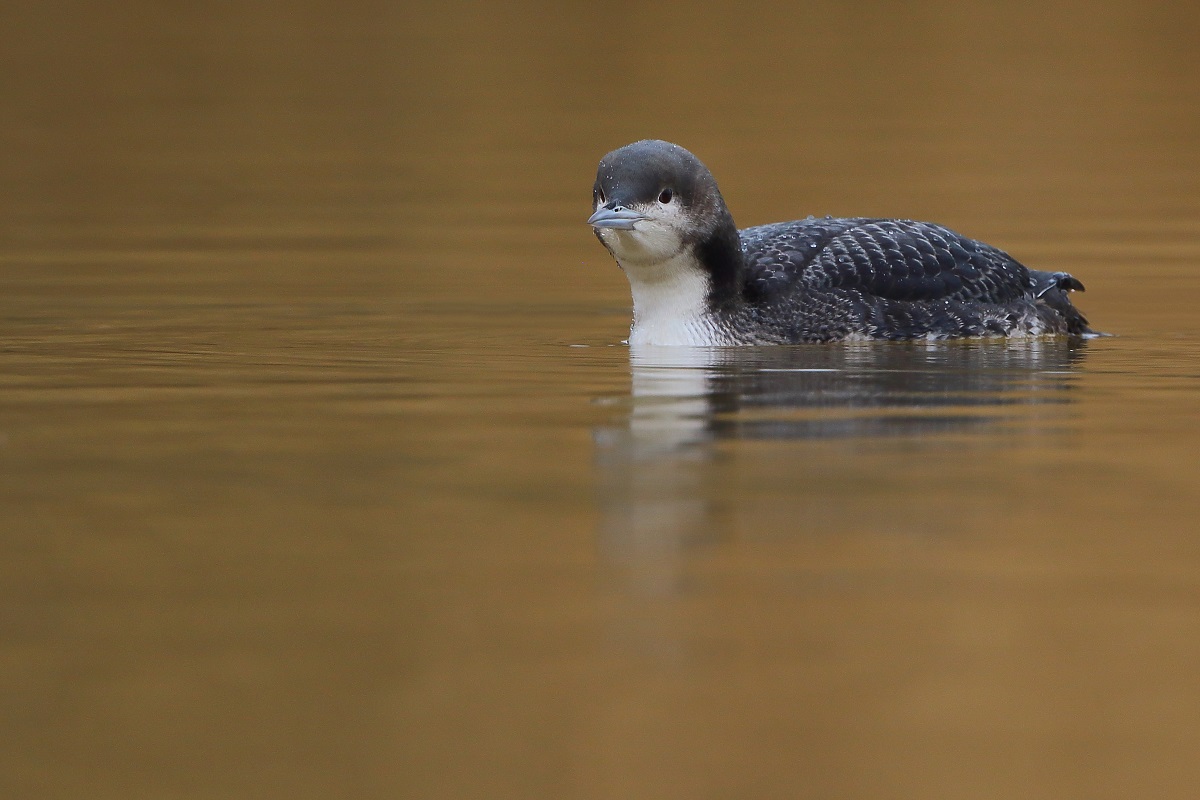 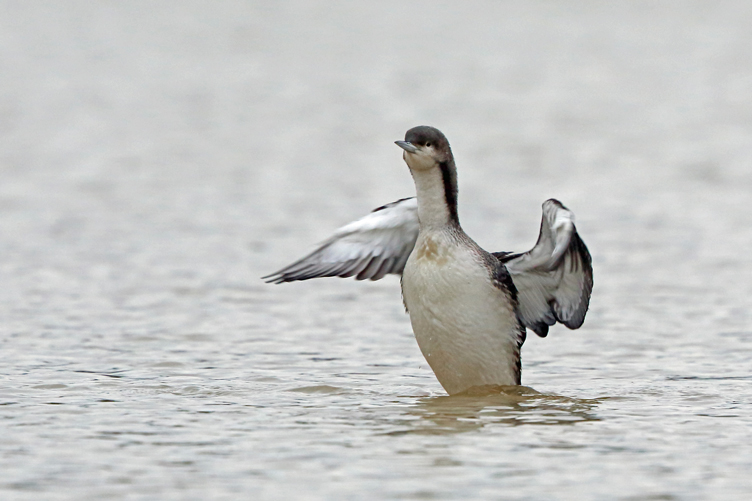 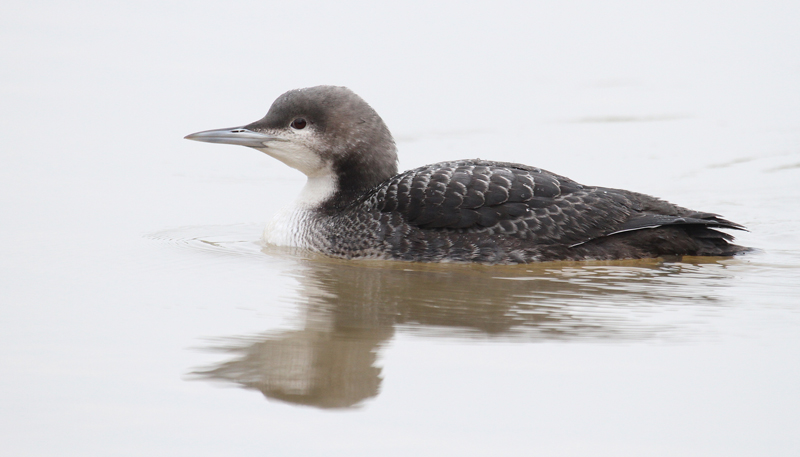 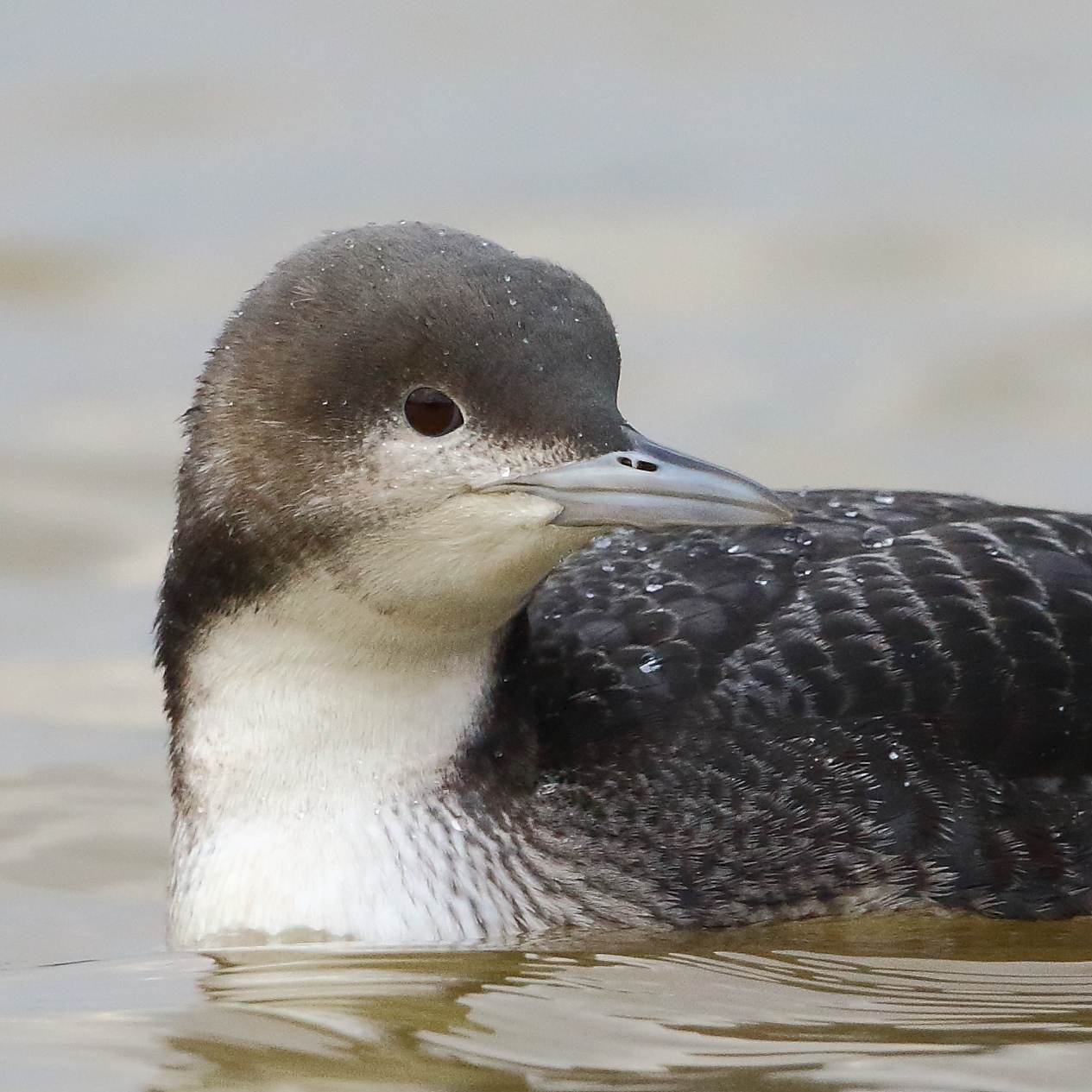