Rarity finders: On the Traill of the unexpected

A promising weather forecast, and the arrival of species such as Booted, Greenish and Radde's Warbler at nearby sites saw me on the first ferry to Kvitsøy on the morning of Wednesday 21 September. Even though Kvitsøy is only a 15-minute drive (plus 40-minute ferry) from Stavanger, Norway's fourth largest town, I was not surprised to be the sole birder on board. As I've said before, Norway is the rare-bird-finder's paradise.

However, spirits gradually sunk as I worked my way through the gardens and pastures of the island; birds were obviously thin on the ground. After nearly six hours the highlight remained a locally scarce House Martin, along with a handful of the ubiquitous Yellow-browed Warblers. With the next ferry leaving in half an hour, I decided to spend the final minutes staking out a group of sycamores known among the (few) island regulars as "the Oriole tree". The trees have never held anything rare — not even an oriole! — but they've always looked like they might just produce something one day.

The first five minutes gave no indications that that day was today. Not until an Empidonax flycatcher suddenly flew out and landed on a branch just 10 meters away. Just like that, as if it was the most natural thing in the world. It soon flew off and left me surprisingly calm, thinking something along the lines of "Cool, a Norwegian first".

The serenity did not last long! With the bird out of view I realised the magnitude of the observation, and that I had neither photos nor any co-observers. My first frantic phone call was also complicated by the fact that I struggled to remember the Norwegian names of the various Empidonax flycatchers, but after some stuttering and swearing I managed to get my point across. The bird luckily made a swift re-appearance allowing the crucial first photos to be taken and a few smug texts to be sent to birding friends. 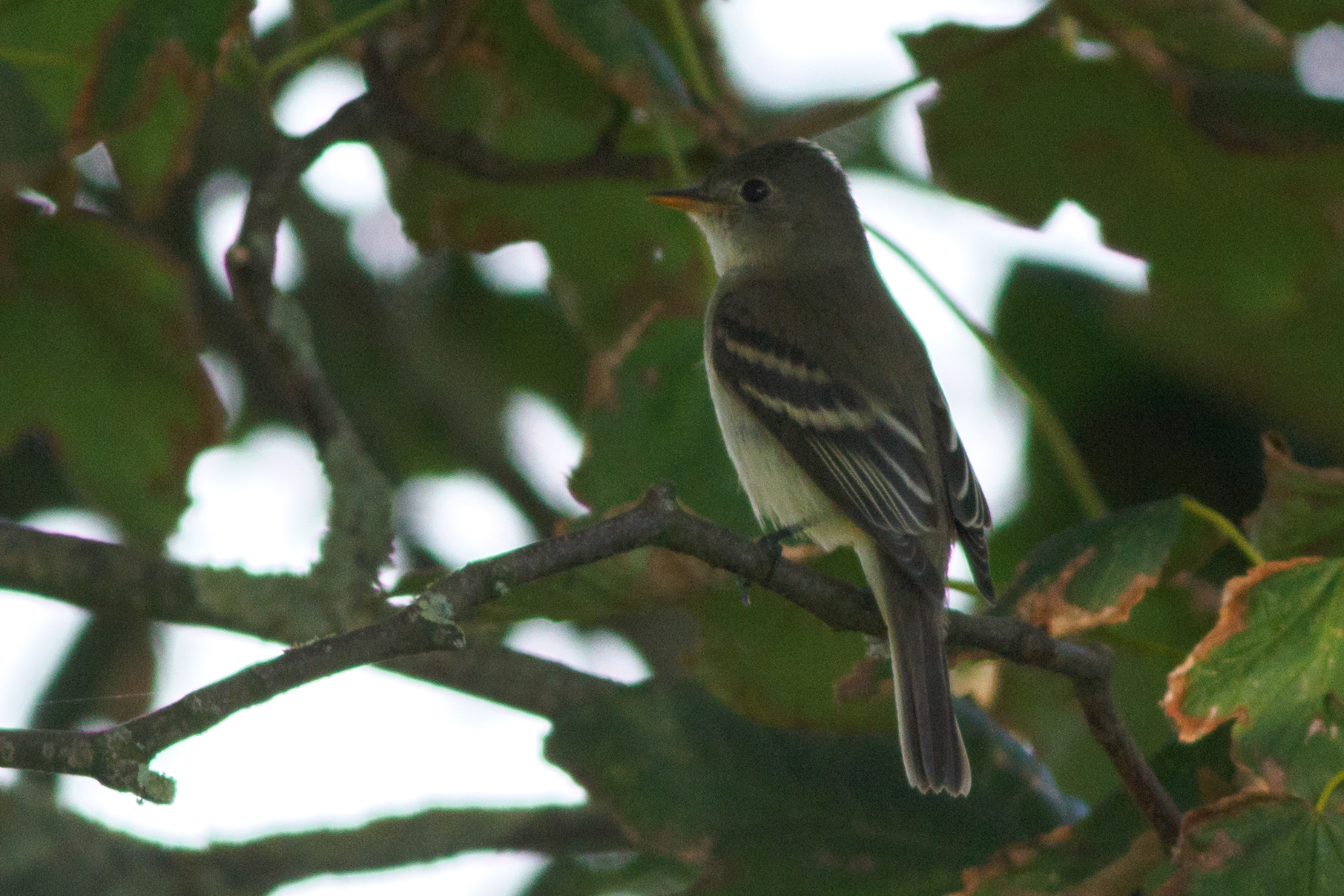 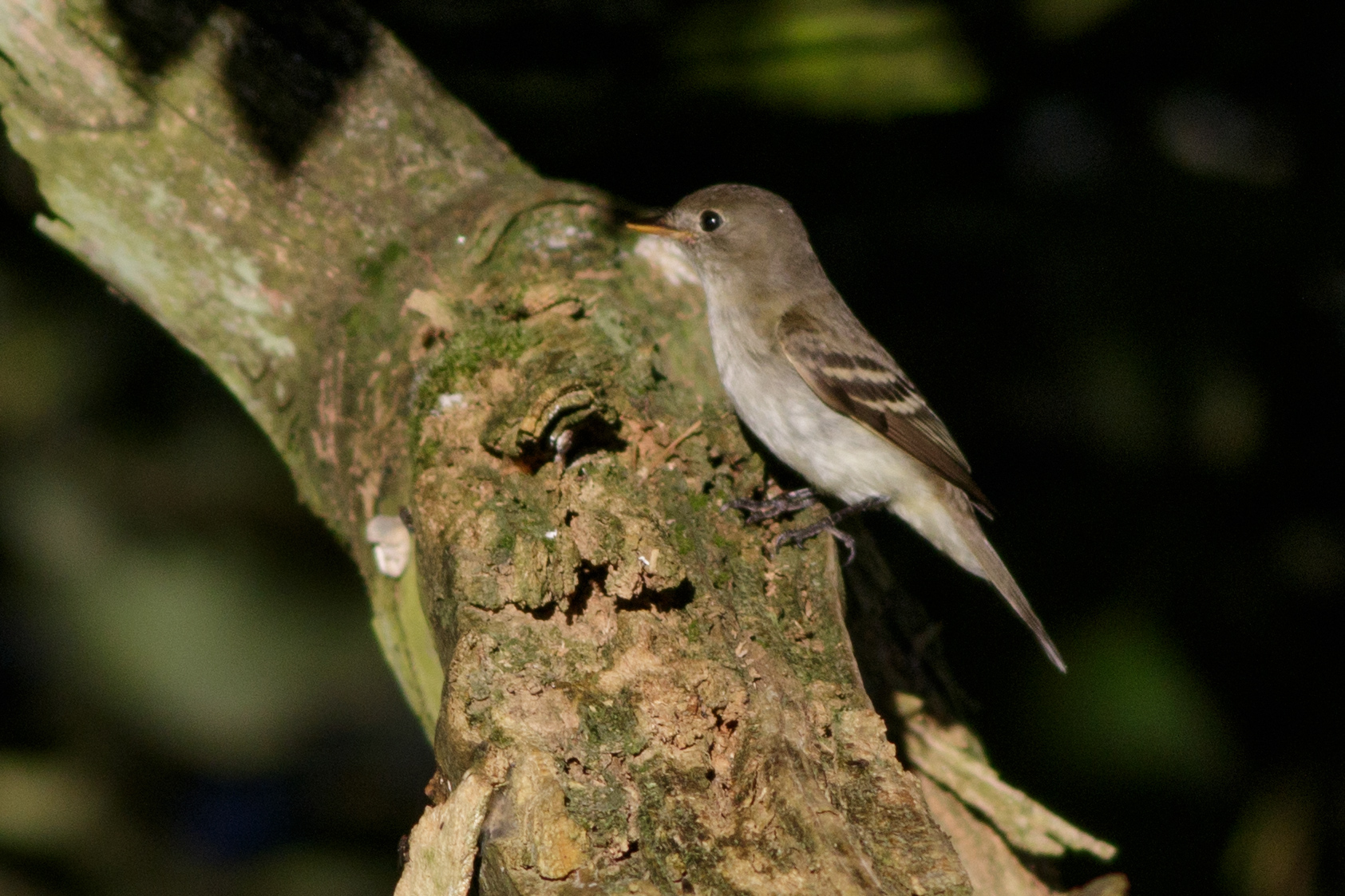 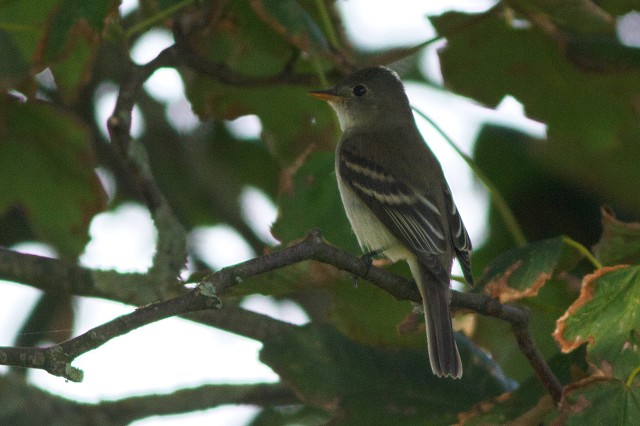 I still had no clue to the specific identity of the bird. It was put out on the Norwegian rare bird network as Acadian Flycatcher, only because the Norwegian name for Acadian (østempid) was the only one I could remember. The rest of the afternoon went by trying to secure photos and hoping to hear any calls, but the bird unfortunately remained silent. As the first ferry-load of birders arrived a couple of hours later I could relax knowing I was no longer the sole observer. In the end some 30 birders managed to connect before dusk. 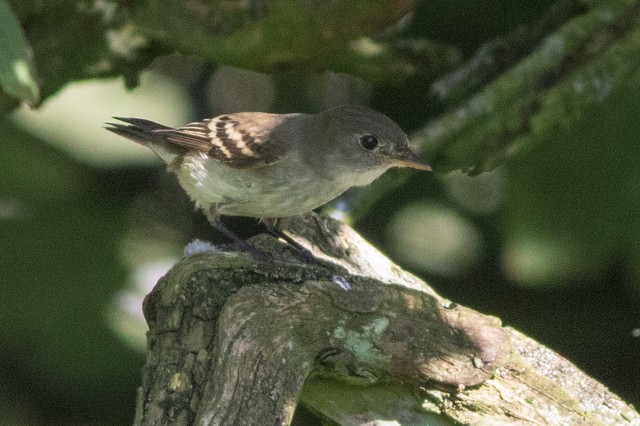 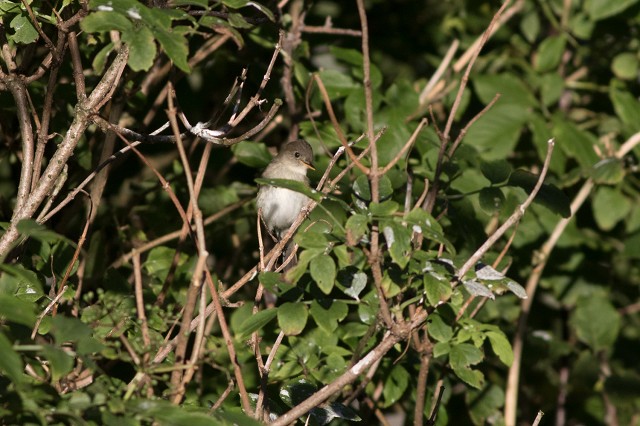 I'd asked one of the guys arriving on the first ferry to bring a mist-net and ringing equipment, but as the bird tended to stay high in the canopy I'd more or less dismissed the chances of actually catching it. To be honest I didn't feel too worried about getting a specific ID at the time and left the site before any attempts were made to trap it. Still, it was a relief to get a call saying that it had been caught when I was sat on the early evening ferry back to the mainland. A few short instructions made sure that the most important biometrics were secured and in-hand documentation was made. 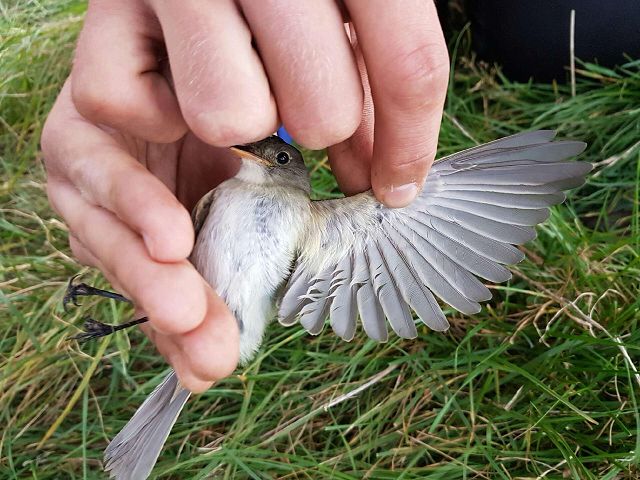 The Kvitsøy Empidonax in the hand (Photo: Espen Helgesen)

To date the bird is still noted as 'Traill's' in my notebook, though both biometrics and plumage characters are strongly indicative of Alder Flycatcher. For instance, putting the collected biometrics into Formula R in Pyle's Identification Guide to North American Birds Part I (1997) gives a result of 3.94, which should more or less exclude Willow Flycatcher. However, as both feathers and faecal samples have been submitted for DNA analysis, I'll await the result of these before making a definite claim.

For the unfortunate twitchers with more than three or four hours' travelling time to the ferry, thus unable to make it the first day, the next morning dawned with no sign of the bird. Even though several people searched for the next two days, it became evident that the bird had moved on during the first night.

When my brother and I made another visit to Kvitsøy on Saturday morning, only one other birder joined us. Norway truly is the perfect place for any prospective bird-finder, and on Kvitsøy one always seems to be on the Trail(l's) of the unexpected; as we proved by finding a nationally rare Western Bonelli's Warbler the very same day.

Relevant biometrics taken from the Kvitsøy Empidonax recorded (in millimetres) are as follows:

All these measures are taken with ruler to nearest half-millimetre. The ringer is quite experienced in taking these measures so I would expect the margin of error to be within +/- 1 mm of the absolute measures, but relative measures between the primary tips is probably within +/- 0.5 mm.

Bill length = 8.0 mm; ringer inexperienced in taking this measure but photos verify method and I'd say a maximum of +/- 0.5 mm error margin even though the measurement was taken with a ruler, not caliper.

Tail length = 58 mm; accuracy maybe +/- 3 mm as ringer was not used to taking this measurement. 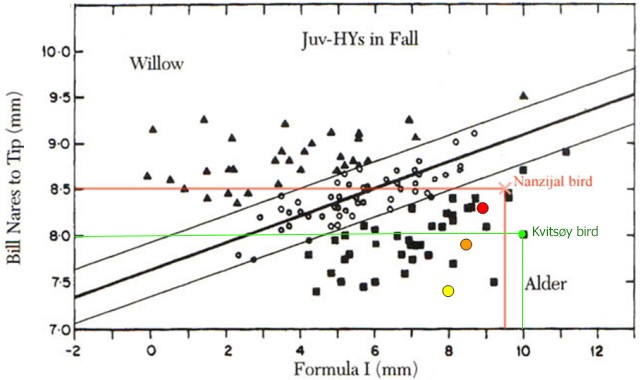