This story begins 33 years ago, in October 1988. The east coast of Yorkshire was enjoying a bumper arrival of eastern birds, headlined with Yellow-browed and Pallas's Warblers arriving in dense fog and conditions that can only be described by birders as 'rare'.

I was a teenager living in Sheffield and was on a college course that had the good fortune of an older student with a car. Fuelled by information from Birdline, on 13 October we set off for Flamborough Head, looking for gold. We reached the coast to find almost zero visibility and swirling masses of birds – enough to make the most hardened birder tremble.

We bumped into another birder who told us there was a Red-breasted Flycatcher at Hoddy Cows Lane. Where? We gave up on Flamborough and headed for nearby Buckton, a site we had never visited before. We parked at the village pond and headed up Hoddy Cows Lane towards the cliffs, being met by masses of birds coming down the lane towards us. Thrushes and crests were everywhere; it was intense. On reaching a dell full of bushes and birds we sensed our luck was in. Moments later we had our first-ever Yellow-browed Warbler feeding contently at close quarters, we were mesmerised by its jewel-like qualities and far-flung Siberian origins. We had our prize, and my life was inextricably linked to Buckton in that moment.

Since 2021 I have been watching Buckton in a systematic observatory style. I have a caravan on site and most migration weekends are spent either ringing or searching for migrants. In fact, it has become an obsession that has seen the creation of a wader scrape, widespread planting of trees, erection of nestboxes and the construction of a Heligoland trap – projects kindly supported by Mark Constantine and tolerated by the locals. 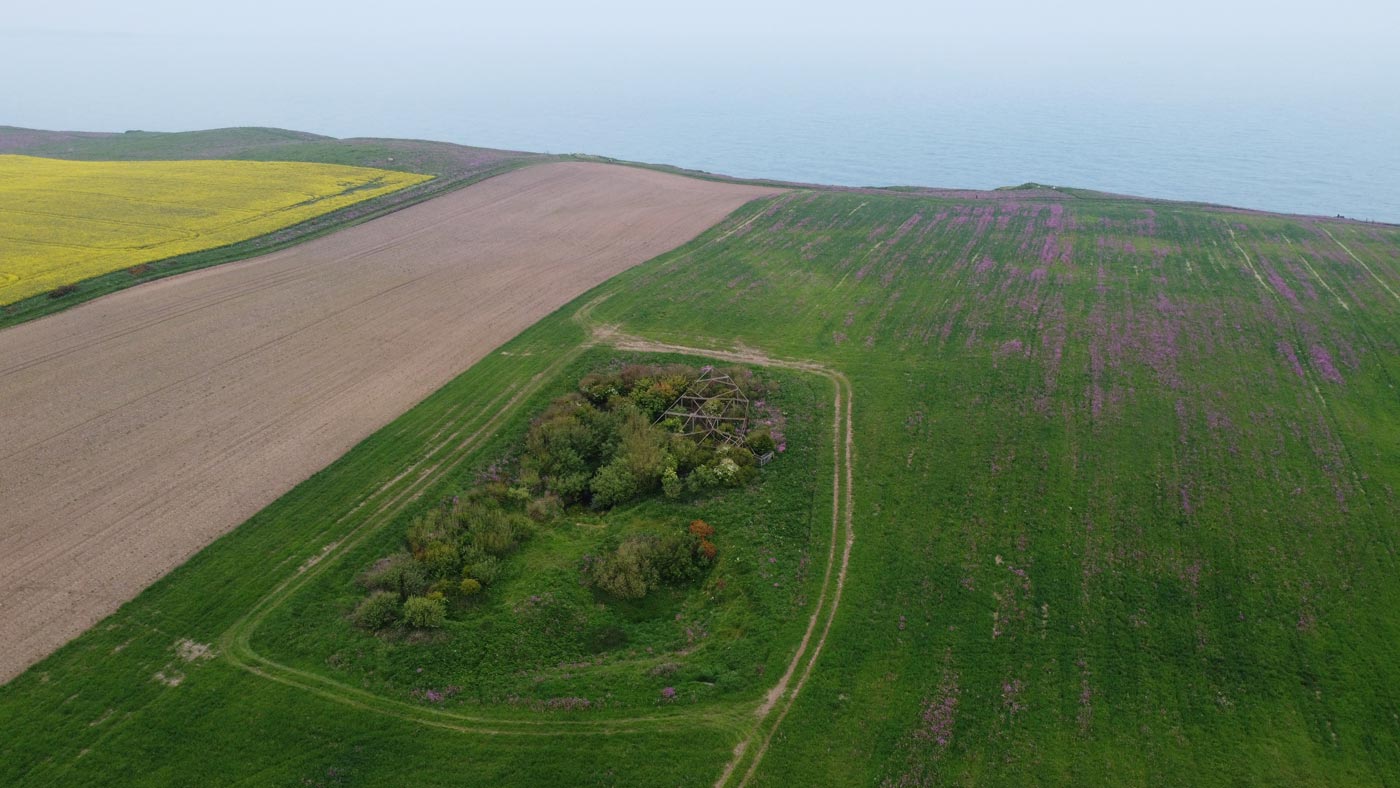 Clifftop Dell at Buckton, East Yorkshire, with the North Sea beyond (Mark Thomas).

A small team of dedicated watchers formed, and the birds have rewarded our passions. In 2007 we discovered both Black-throated Thrush and Turkestan Shrike, which put the place on the map, then an Asian Brown Flycatcher found by Dave Waudby in September 2010. Since then, further interesting birds have included Pallid Harrier and Olive-backed Pipit to name just two. Recording, BBS surveying, ringing and sea-watching has all continued in earnest.

Weather prediction is essential to good days at Buckton – especially when you live in Cambridgeshire! Spotting developing weather situations and planning ahead is crucial. On the evening of 8 September 2021, the forecast for the following day had rain showers on a front moving out into the North Sea that would meet the easterly winds that had been blowing for several days and originating from the eastern Mediterranean. These conditions could induce a fall, when migrant birds make a concentrated arrival on an area of coastline – we had seen this many times at Buckton before involving chats, flycatchers, warblers, thrushes and crests. In early September species such as Pied Flycatcher are likely to dominate.

I was full of anticipation at dawn on the morning of 9 September. The sky was fiery red and the ringing nets were open in the Clifftop Dell, this being the area of cover closest to the clifftop and all planted by myself and various helpers over the past 15 years. The first round had produced a small number of juvenile Willow Warblers and a Blackcap, but then it started raining. The nets were quickly closed but this didn't dampen spirits, in fact the opposite as the anticipation of an arrival grew. After a few more showers it brightened up and I was joined by my ringing colleague Ed Green, who began operating nets in the Main Dell some 300 m to the south. Our interest was in recording the precise nature of an arrival, the species present and hopefully catching birds that had previously been ringed abroad. Unusual species occasionally come through this process but witnessing bird migration was the thrill. 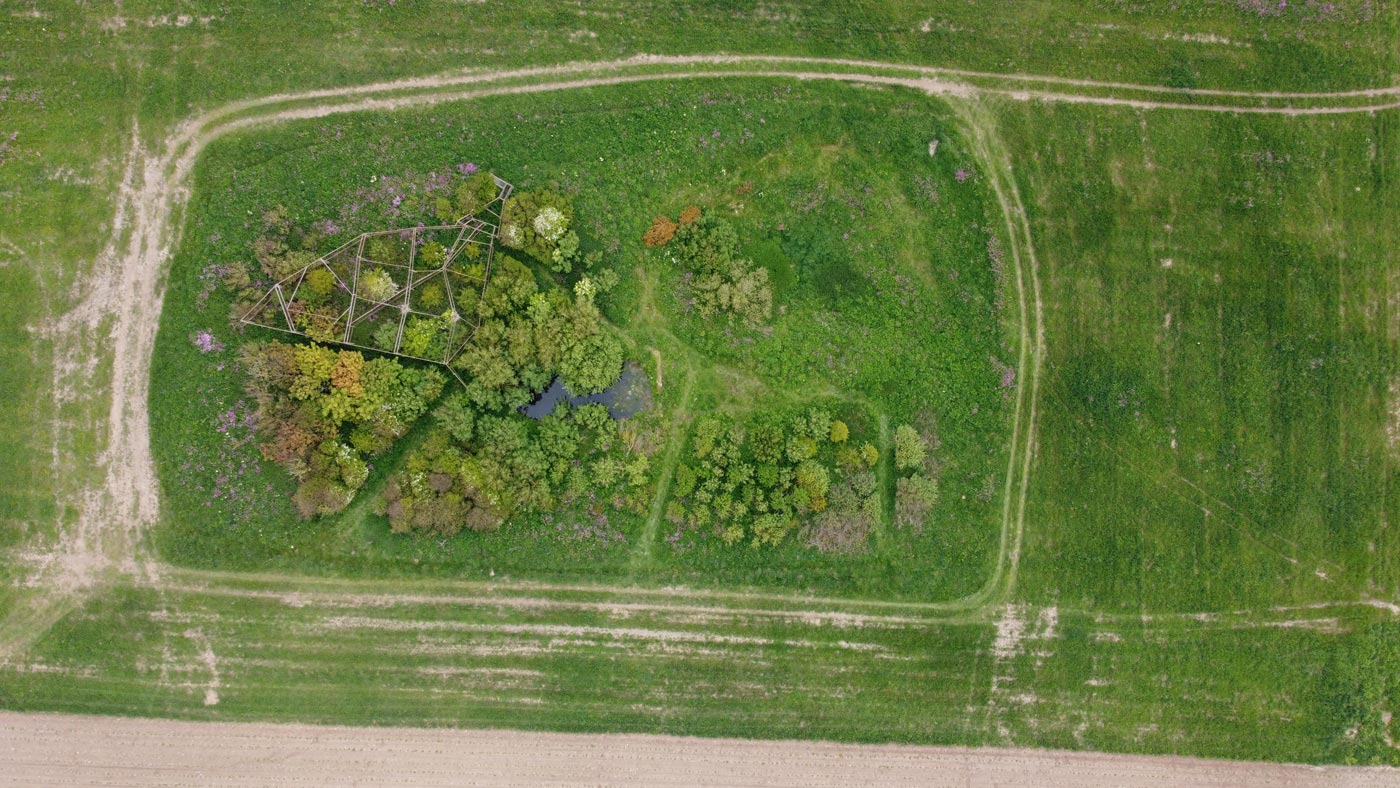 Looking down on Clifftop Dell from directly above (Mark Thomas).

Having only had a few hours' sleep the previous evening, I began to flag so went and sat in my car parked adjacent to the dell and took a call from a work colleague at the RSPB. While on the call I noticed a movement in the bushes, this was quickly attributed to a splendid Pied Flycatcher, new in and dashing around chasing flies. Then suddenly another movement, a partially obscured small passerine, clearly a leaf warbler but remarkably bright on the throat, it gave a tantalising view of its wings and it had a wingbar. The phone call was ended abruptly, and I was on the chase. I took precisely six images, but identification was not possible – it had to be either a Greenish or Arctic Warbler – both excellent new birds for me at Buckton. But what about the bright throat? Was that even the same bird? It must have been, but it didn't stack up. I called Ed, Trevor Charlton at nearby Bempton and Mike Pearson, explaining the situation.

I walked around the dell for more than an hour but there was no sign of the bird, nothing new in the nets and, despite impatiently sitting in the car, it didn't return to the original sycamores. I was beginning to get a sinking feeling.

I set off around the nets again and in the last net, positioned between two clumps of Sea Buckthorn, nestled a small, bright green, yellow and white warbler – I knew instantly this was the bird and that it outrageously had to be a Green Warbler (even writing that now seems surreal!). I extracted the bird, stared at it in equal wonder and disbelief and then took it back to the car to be processed. I summoned Ed to come and close all the nets, which he kindly did. Then Mike Pearson arrived, and I carefully went through the wing formula, ruling out Arctic Warbler, placing it in the 'greenish warbler' camp and significantly making sure it agreed with all documented characteristics for Green Warbler. Trevor Charlton and Paul Reed arrived, both being astounded by the brightness of the bird, we photographed it and released in back in the dell. 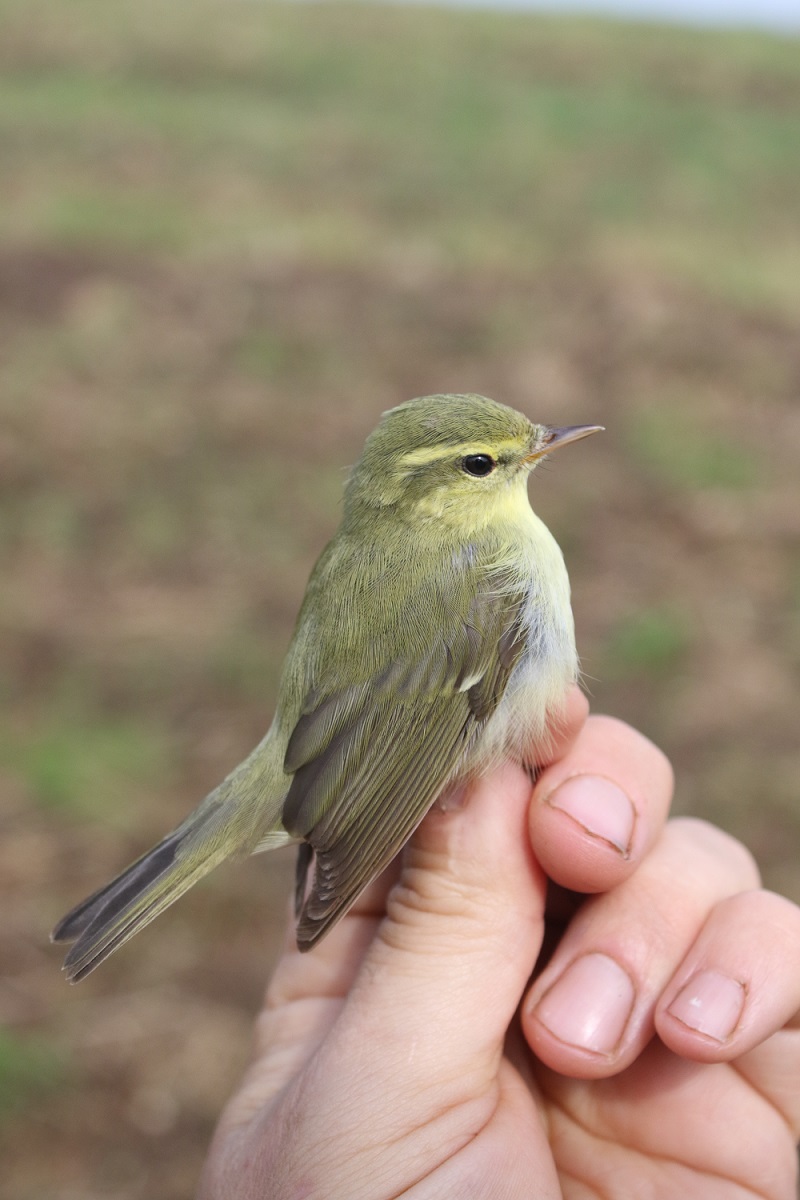 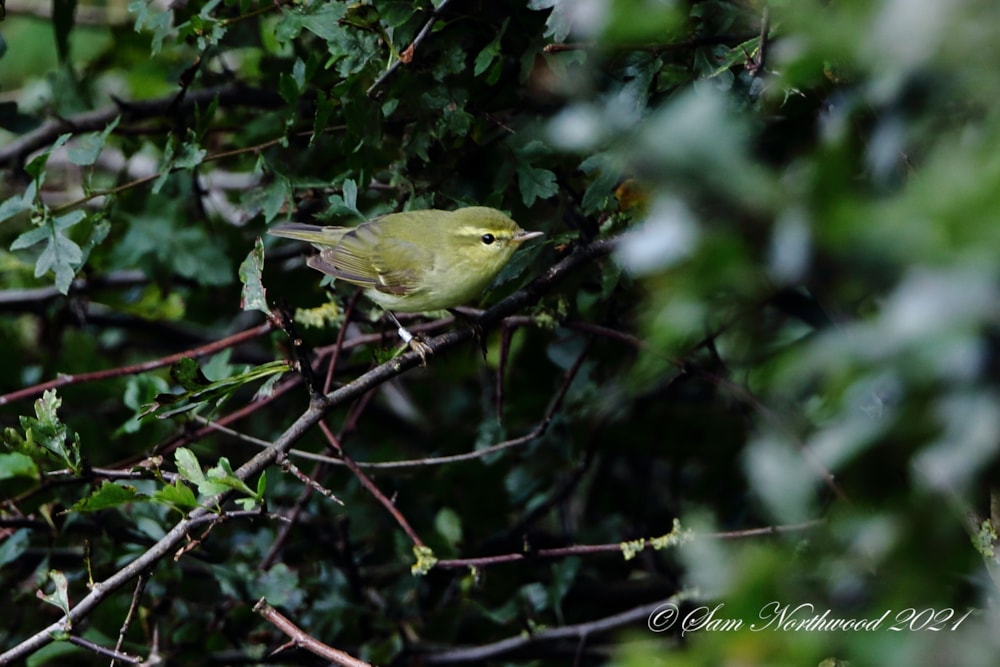 I quickly sought permission from the landowner and consulted with the RSPB at nearby Bempton Cliffs, where birders would have to park and walk from. News was put out on Twitter, the first visitors arrived within 20 minutes and the bird remained until 14th – a six-day stay. A collection has so far raised more than £1,800 for the Yorkshire Air Ambulance.

It's truly rewarding to note that the habitat planted held the bird for six days, during which time it was able to rest and feed before continuing its onward journey. It's always been about making a difference. Although the bird was often elusive, all visitors had views with patience.

If you would like to know more about Buckton, my book Birds of Buckton is soon to be published, reviewing all records over the past 50 years with colour photographs throughout. Find out more here.