As an employee of the Lost Gardens of Heligan Wildlife Team I had gone down to the Heligan Lost Valley early — well, just after first light — in hopes of seeing the Otter, but also to try for a better picture of a Water Rail that had dropped in a couple of days ago.

After seeing the Water Rail, Kingfisher and Grey Wagtail I was in the process of walking away and spotted an unusual bird in at edge of the smaller lake with its back towards me. I was unsure of its identity and even though looking through my binoculars I was still none the wiser. It then turned its head and I saw the bill and was totally flummoxed. Although I knew it was one of the heron family it was not one I was familiar with. 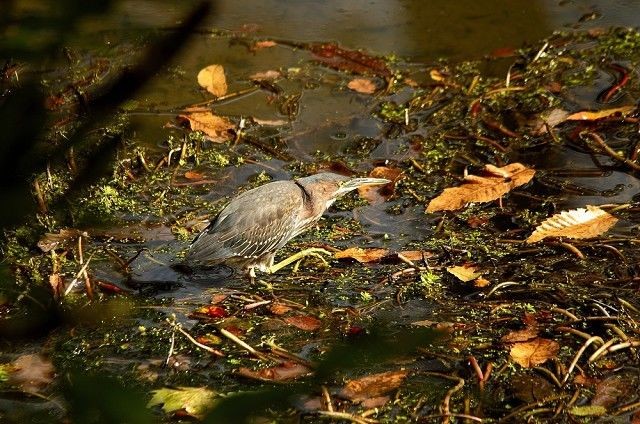 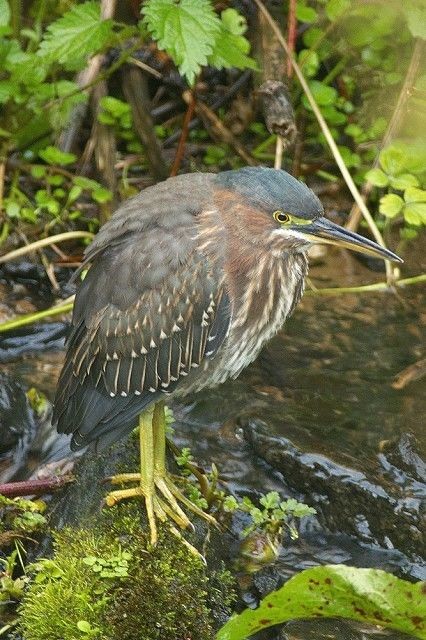 The bird was officially identified by Derek Julian (CBWPS) and Stan Christophers and is still present this morning.