Following days of south-easterly gales, large numbers of seabirds, most notably Little Auks, had been driven inshore in Orkney waters. Many moved on but some stayed to feed on shoaling fish, thought by some to be herring fry. This was the case in Scapa Bay where there was literally a feeding frenzy involving many Guillemots, Razorbills, Little Auks, Gannets and Kittiwakes.

On 8 January I decided to go over to the harbour at Scapa to check out the situation. I must admit that, given the conditions, the possibility of finding Brünnich's Guillemot crossed my mind, but I immediately dismissed it as wishful thinking.

I found good numbers of auks diving and feeding quite close in to the pier. Checking each bird was difficult as they were diving continually and spending much more time underwater than on the surface. Two guillemots caught my eye — one well into summer plumage with a pale gape stripe, but otherwise an obvious Common Guillemot; the other clearly different with a curiously angular shape to the head (rather steep forehead and flat crown — producing a distinctive 'bump' at front and rear), a whitish stripe from nostril to gape and un-streaked flanks — a Brünnich's Guillemot! The bill size and shape looked right being short and stubby, with what appeared to be a distinct gonydeal angle and well curved culmen. These features were however difficult to judge in the field so I took as many photos as I could. A quick look at the viewing screen on the back of the camera confirmed the ID. 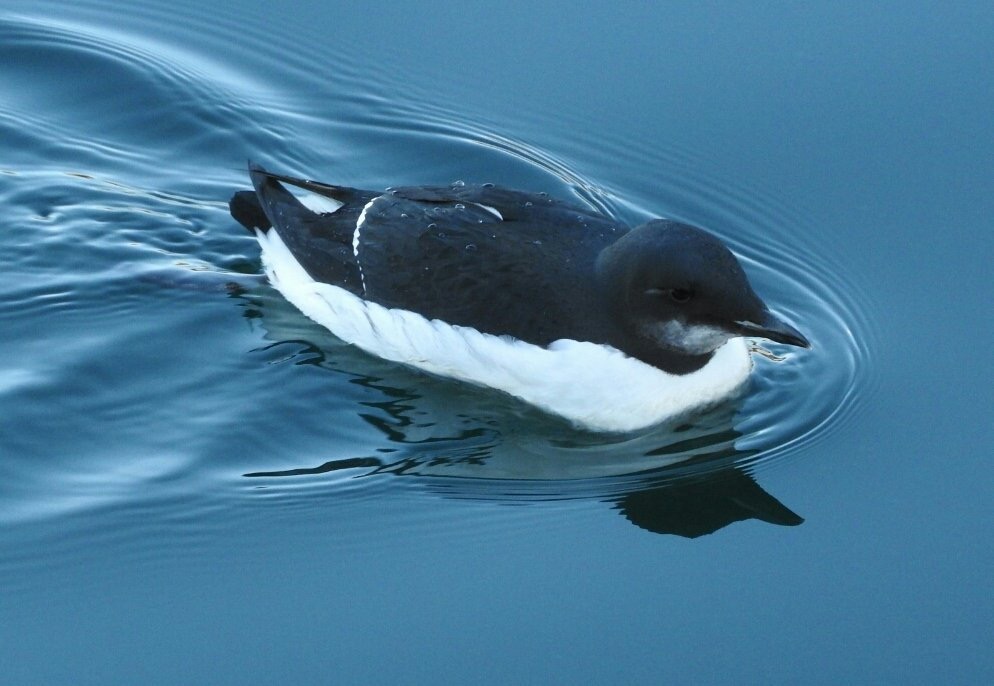 Being an ultra-cautious person I thought it prudent to check over some images on the internet. No problems there, so I put the news out immediately. A number of local birders managed to connect with it later that day but it was much more elusive the following day. It was present again in the same area on 11–12th. 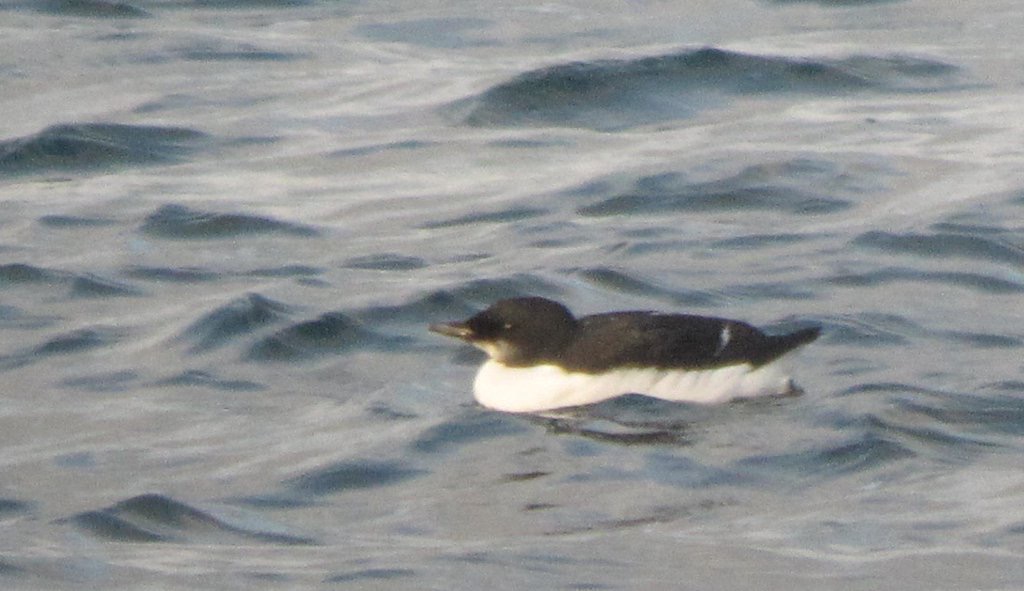 The only live bird previously recorded for Orkney was one at Sule Skerry on 25 January 1991. The remaining six records all refer to dead birds. 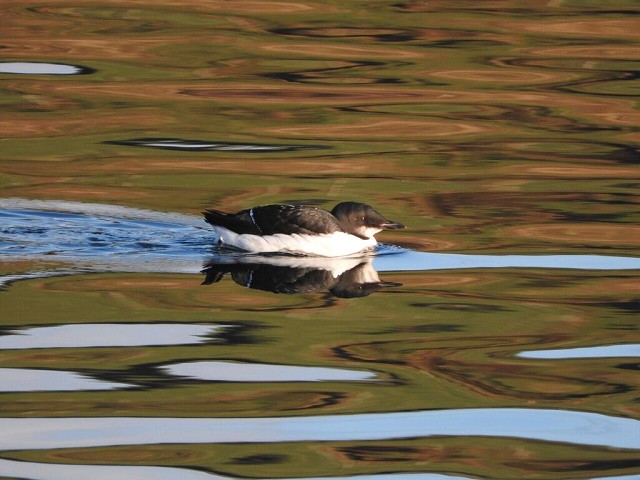 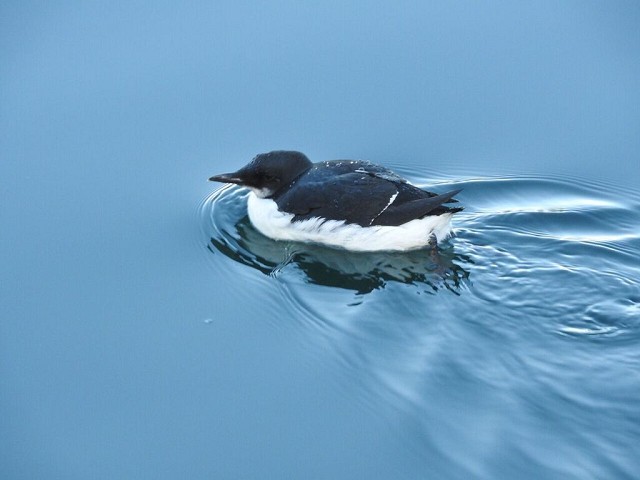 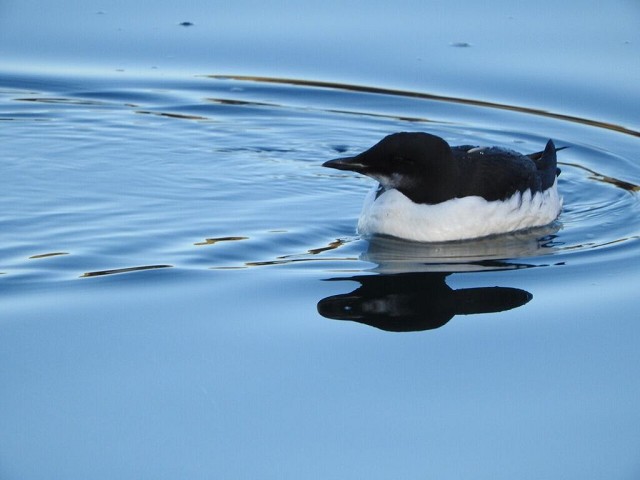