I have always been a huge fan of patch birding. Its low environmental impact and importance for contributing desperately needed data makes it a key way of being the good local and global citizen. Over the years I have had some really great finds – including a Buff-breasted Sandpiper – in what would generally be considered a patch with not a lot of potential.

Of late I have been doing less and less patch birding due in part to increased work commitments, which ironically is in the areas of environmental education, climate action and biodiversity. However, the main reason I have been birding less is that my patch area has been transformed and degraded at an alarming rate over the last five years due to Irish national policies for "efficient" agriculture, forestry and food production. 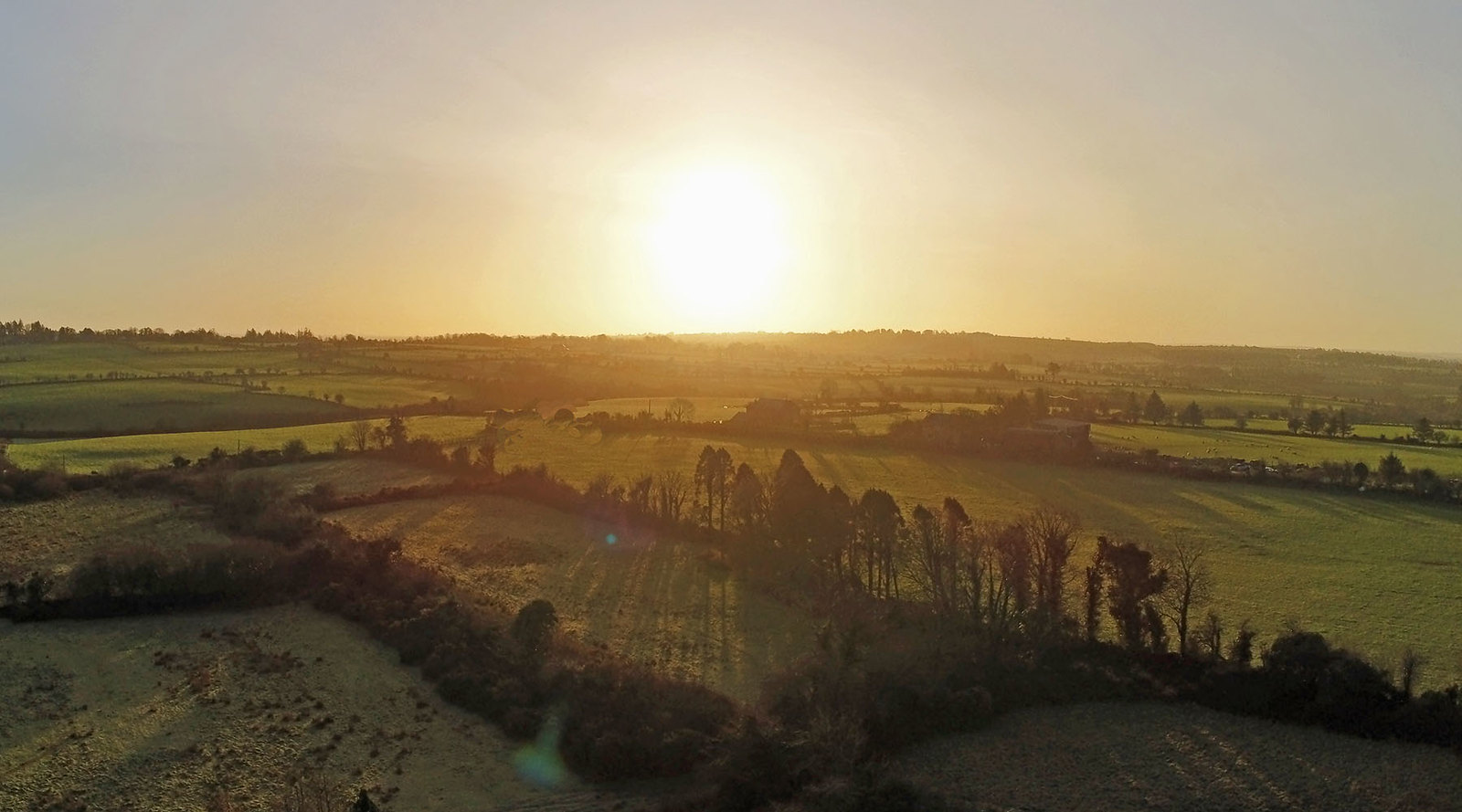 I work a lot from home and I am lucky enough to live in a small oasis of natural local habitat around 20 km north of Cork City. This comprises around 5 hectares of mainly low/no intensity grasslands and wet meadows, bounded by thick hedgerows of willow, hawthorn, blackthorn, ash, gorse and ivy. This is surrounded by a 'sea' of perennial rye grass with little or no hedgerows or field boundaries left and also plenty of plantation conifer.

On Tuesday 7 January, I was working from home. I had just finished a phone call and was heading through the kitchen to make some coffee. I happened to glance out the window and notice what I thought from its size and shape, through the gloom of a dirty, damp day, to be a Reed Bunting. It was perched on one of the alder trees that I had planted a few years ago at the south end of what could be loosely described as a garden.

I went to look for my binoculars and couldn't find them because it had been so long since I used them. However, I had been sorting out my camera gear the evening before and the camera was on my 500 mm lens, so I opted to use that. Much to my surprise, when I looked through the viewfinder from my kitchen table, I noticed that it was not a Reed Bunting but what looked like a juvenile shrike. 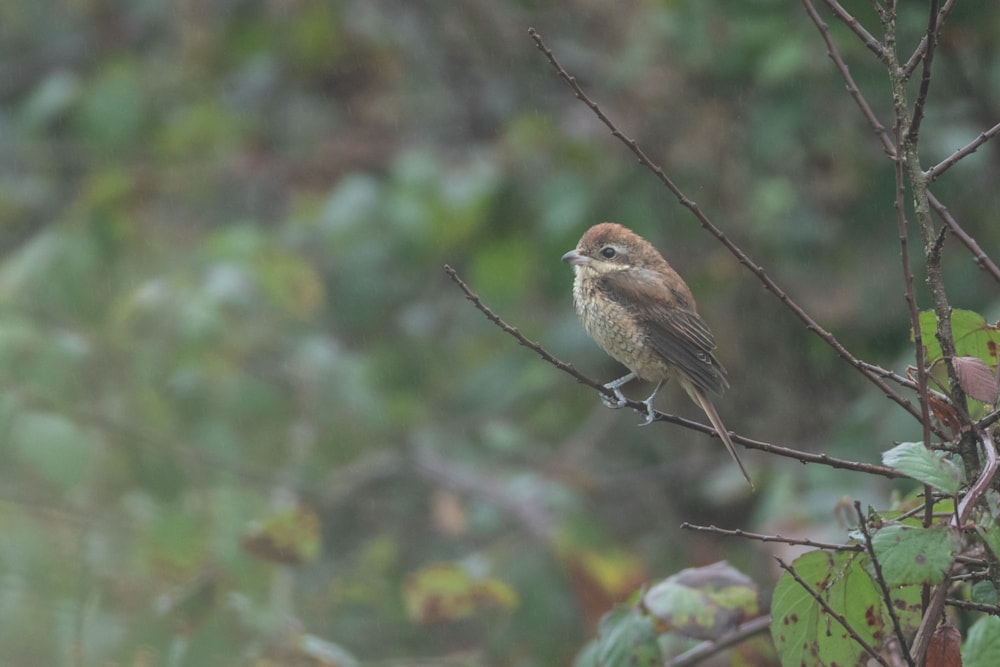 With the naked eye, Michael saw what he took to be a Reed Bunting perched in an alder outside his kitchen window – but when he looked through his camera viewfinder, he was surprised to see that it was actually a shrike (Michael John O' Mahony).

I went outside and from behind the cover of the brambles I managed to get a few photos on what was an unseasonably mild but misty day as the bird went from tree to tree along the hedgerow and then disappeared into ivy. I quickly processed the shots and thought "wow, this looks like a juvenile Red-backed Shrike – patch gold!"

I posted an image on Twitter and tagged some of the local birding gurus, questioning if it was a juvenile Red-backed. The response from Paul Moore was immediate and stunning. "Possibly Brown Shrike; only one previous Irish record. Are you up for a few visitors to your garden?" 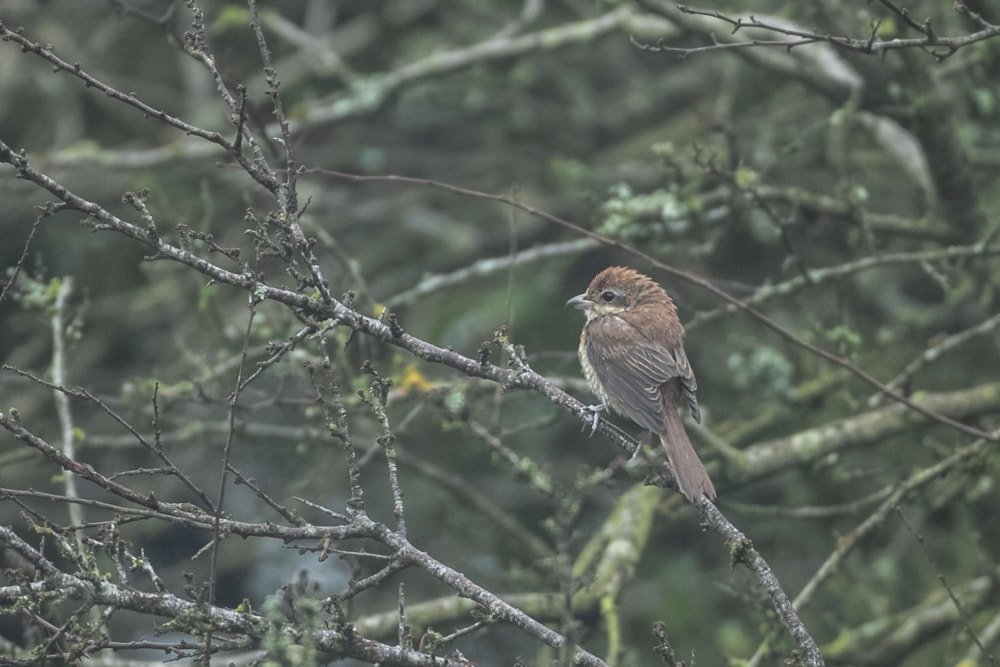 The Brown Shrike has only been seen briefly a couple of times over the three days since its initial discovery (Michael John O' Mahony).

Since then my sleepy backwater has been busy with birders armed with scopes and bins trying to catch up with the bird. It has remained very elusive and, as of 9 January, has only been seen twice, very briefly. The chances of this find, on my unspecting patch in inland Co Cork, is in the National Lottery-winning type of odds. However, it does point to the fact, which is now being reiterated by many, that rare birds must lurk at all sorts of unlikely sites. Now, it's time to do the lottery ...

See more of Michael's images from his Upper Rathduff patch on his Flickr page.