Rarity finders: 30 years on – Magnolia Warbler on Isles of Scilly

The American warblers and waders on the Scillies this autumn are an enticing reminder of the glory days of the early 1980s. On the 30th anniversary of Britain's one and only Magnolia Warbler, I update my report of that "mega find", just one of a score of such accounts published in the Essential Guide to the Birds of the Isles of Scilly.

I didn't realise it then, but it was an extraordinary day: an encounter that would resonate three decades on. My first year on the Scillies, 1981, had been an exciting but humbling experience; back then it was a rite of ornithological passage. It was 27th September and I was 21, fresh-faced and keen, with a local but decent reputation and decent but local finds. Waders were my passion; I'd never been to North America and I had no Asian experience. I found myself rather in awe of, and appreciative of, a host of chit-chat about sparrow identification and pipit calls, debated during the spectacular novelty of the inter-island crossings or in congregation at the Porthcressa, then presided over by the formidable David Hunt and a suave Mike Rodgers. In this environment I was happy to keep my head down, offer my Sanderling counts, and enjoy the birds. East was meeting west: there had been a Yellow-billed Cuckoo at Porth Hellick on the 23rd and 24th, while a Citrine Wagtail — a very rare species in those days — was at Porthloo the following two days. And all the while the foreshores and salt spray, the airfield with windsocks, the woodland groves and pool margins provided a stunning backdrop for birding. 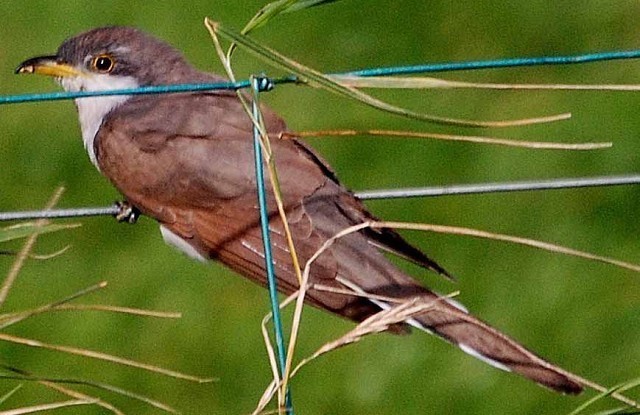 Anything could happen, it seemed, but the day started quietly enough; St Agnes had been out of bounds for several days to all but resident birders as a strong westerly weather system moved through. However, despite a sense of possibility, Alaric Sumner and I were among just half a dozen birders on the first boat crossing, and the uneventful walk from Wingletang along Barnaby Lane was languorous on a sunny but windy day. So when the first (and still only) Magnolia Warbler in the Western Palaearctic flitted into view along the Pittosporum lane margin, the sense of awe and urgency was intense and immediate. What we saw was a "warbler type", but with bright yellow underparts, grey-headed with an olive mantle and strong double white wingbars on dark wings. My companion Alaric was soon onto it as well, but before we could make out any more details it had flicked back over the dense hedge and out of view. Bill and Edna McGubbin, who had a copy of Peterson, soon joined us in the search, and from our excited descriptions it began to dawn on us all that this was, perhaps, something new to Britain. Despite our febrile efforts to reconnect with this lively bird, it was only when Francis Hicks turned up a little later that we gained access to the small orchard behind the post office where we were able to relocate it immediately and noticed the fine flank streaking and distinctive white tail-side panels that clinched the identification. And the bird could hardly have performed better: it was almost constantly in motion close to the hedgerow tops, flitting and hopping short distances, flickering its wings and fanning its tail; moving in and out of view as it foraged. We all knew straightaway that we were dealing with an autumn-plumage Dendroica, and we were certain too that it had to be a new species for Scilly. The eventual naming of the bird was more a matter of accumulated consensus between the five of us than any precocious proclamation. Nevertheless, on a "finders keepers" basis, it was graciously conceded as Shane's Magnolia Warbler. 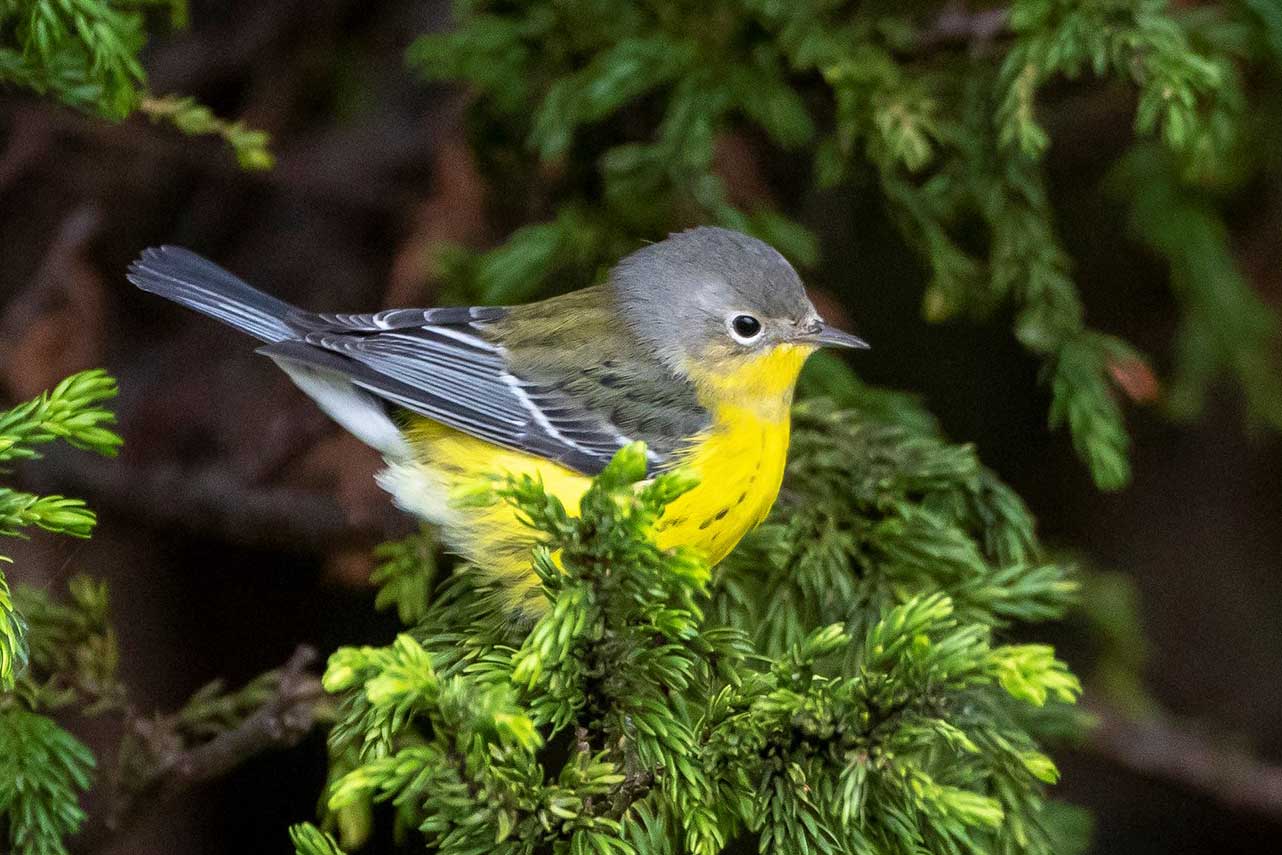 In those days, mobile phones had not been invented, and it was only when we were all content with the claim to be made, and after a final hour trying to relocate the bird, which had once more disappeared, that the news was phoned through to St Mary's. When the hastily chartered boat docked and the impatient crowd hurled up the quay, Alaric and I were subject to adulatory and breathless requests for details as we boarded in the opposite direction to chase down a Red-eyed Vireo that had been found on the Garrison that morning. Questions were shouted at us, too, by birders in a second launch that was preparing to depart the main island just as we arrived. All those who made the effort that day had good views, and the bird was soon encouraged back to the Lane by some effective "pushing" — an obvious trick that had never occurred to us, in our inexperience. That evening in the Porthcressa, through much retelling and backslapping, I had gone from competent but peripheral newcomer to holder of an intangible and respected status: finder of a first for Britain.

The next day, a Monday, was to be the last day that the bird was seen. It also marked the beginning of a new challenge on the islands for the relationship between birders and residents. The landowner of the orchard was less than happy with the crowds, and there was some anxious jostling amongst newcomers. We were denied access, bricks were thrown and there was some intemperate shouting to try to scare the bird away. Nevertheless, the Magnolia Warbler was seen twice from the Lane, and eventually all the birders on the islands at the time connected. The discussions at the Porthcressa that night were all about efforts to forge a new relationship between landowners, concerned about the transfer of bulb disease and their territorial rights, and birders wanting access to their finds. Over time, these matters were settled, and over time the status of the record also grew. The Rarities Committee quickly confirmed the record as an adult male moving into non-breeding plumage. After three decades, the only other Magnolia Warblers in Europe have been two in Iceland (both in 1995), adding a sense of exclusivity and privilege for the 120 or so who saw it, as well as for those who did not. Thus the St Agnes Magnolia has acquired mythic status.

The passage of time has also increased my appreciation of the encounter. Despite Wallcreepers and Wrybills, in the intervening decades I can only claim twice to have had anything approaching the wonder of that Magnolia Warbler, and those occasions involved Slender-billed Curlews in morning mist and Spoon-billed Sandpipers up close on a sunny shoreline. Fortunately, I had my opportunity young, and whenever I have seen Magnolia Warblers since, it has always been with nostalgia and a certain proprietorial pride. As the autumns pass, my hope grows that another one turns up soon, so that a new generation can tell their own stories of encounters with such a special bird.