Quail - the Painted Lady of the bird world?

The number of reports of Quail on www.birdguides.com has been increasing steadily over the last couple of weeks, which fits in nicely with the second wave of migration for this species into Britain and Ireland. Quail begin their northbound migration from Africa in late winter and cross the Mediterranean between March and mid-May and some of these birds will be heard calling in Britain and Ireland from mid-April. Quail that wintered further north in Iberia or North Africa may begin calling there in December and will nest from mid-February. Following the first breeding attempts in Europe, there is a second migratory phase in April and May that may push birds to higher altitudes or more northerly parts of Europe. It is this second wave that usually brings more birds into Britain and Ireland from June onwards and these are likely to be the birds we are hearing calling now. 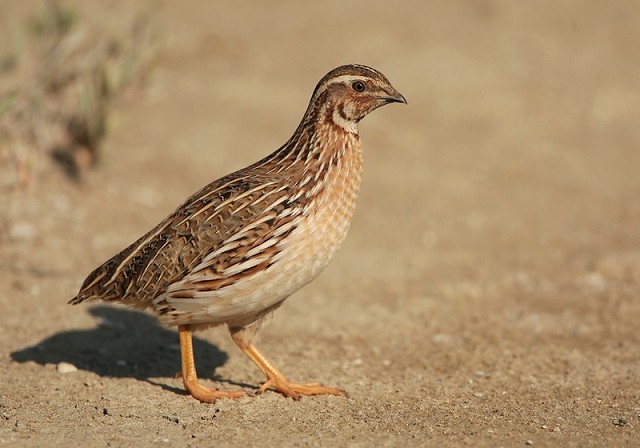 Remarkably, some of the Quail arriving now are likely to be birds born this year further south in Europe or North Africa. First broods are capable of migrating just two months after hatching and can be sexually mature at the age of 12–15 weeks. This incredible breeding strategy is like those of some butterflies and moths, such as the Painted Lady.

Numbers of Quail reaching Britain and Ireland vary enormously from year to year and are linked to high numbers and breeding success in North Africa. Adverse late-spring conditions there or in southern Europe may contribute to later irruptions further north, as may southerly winds. Notable recent 'Quail years' include 1964, 1970, 1983, 1989 and 2005.

Looking at the records submitted to Bird Atlas 2007–11 in 2008 and so far in 2009 it's clear to see the strongholds in Wiltshire, Gloucestershire, North Norfolk and Cheshire. Elsewhere, records are largely across central and eastern England and eastern Scotland. The distribution really reflects calling males as breeding is so difficult to confirm; however, a male heard calling more than a week apart in the same area could be coded as permanent territory (code T) and would represent probable breeding. Males heard singing just once should be coded as singing (code S) and represents possible breeding. If you're lucky enough to record a family party (and have ruled out young partridges!) then we would appreciate the record to confirm breeding. Quail is also a species recorded by the Rare Breeding Birds Panel so please send any breeding records to them too (although the Bird Atlas will pass on appropriate breeding records). 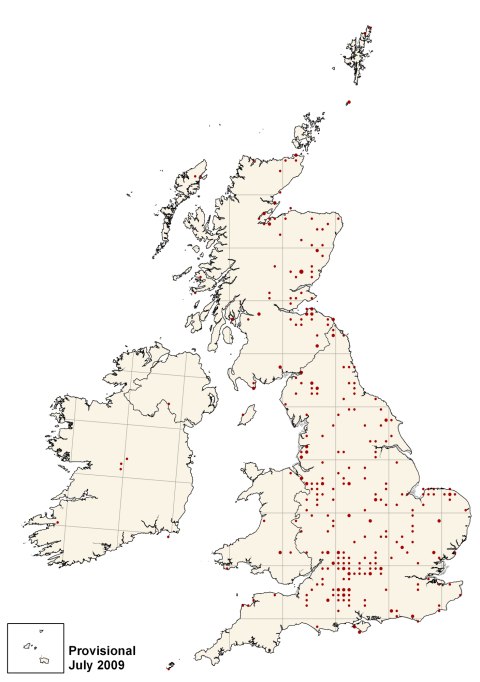 Please submit all records of calling Quail to the Bird Atlas, either online at www.birdatlas.net or request a paper form from BTO. All that is required is date, location (a link to Google Maps on the page will help you find the grid reference) and breeding status (singing, territory, etc.).

Many thanks for your help.