With their elongated central tail feathers terminating in a spatula or racquet, members of the genus Prioniturus, the racket-tails, form a distinctive group of parrots. Of the nine recognised species, three are found in Indonesia and six are confined to the Philippines where one, the handsome Blue-headed Racket-tail, is endemic to the island of Palawan and its satellite islands.

Blue-headed Racket-tail, or 'Kilit' as it is known in Palawan, inhabits lowland forest, forest edge and nearby cultivation up to at least 300 m asl but, due to extensive lowland deforestation, its optimum habitat is severely fragmented and degraded. BirdLife International estimates its population at no greater than 10,000 individuals – and possibly as few as 2,500. Therefore, it is classified by the IUCN (International Union for the Conservation of Nature) as Vulnerable to extinction. The species shares the same habitat as Red-vented Cockatoo, a Critically Endangered species endemic to the Philippine islands, Palawan being its stronghold. 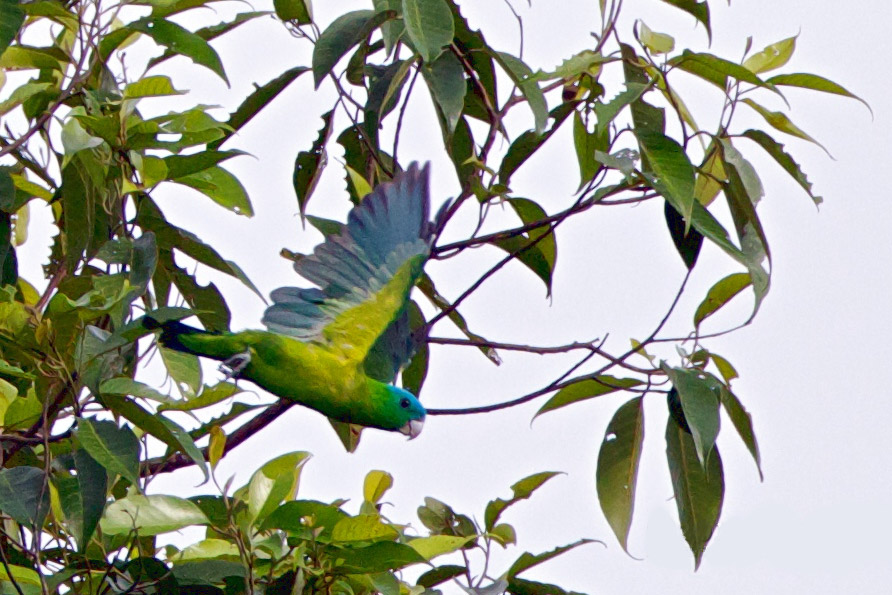 Because of the dire situation of the cockatoo, the Loro Parque Fundación (LPF) has been the principal supporter the Philippine Cockatoo Conservation Program (PCCP) run by the Katala Foundation Inc (KFI) since 1999. Because of its status, PCCP uses Red-vented Cockatoo as a flagship species for biodiversity conservation, and inevitably this has somewhat over-shadowed other species, such as Blue-headed Racket-tail. However, even if it has placed less emphasis than the cockatoo in getting the local communities involved, from the outset the PCCP has included the racket-tail in all of its scientific work.

Even as far back as 2002, the project was monitoring 19 racket-tail nesting trees on the island of Rasa, which is without doubt the most important site for the cockatoos. The parrots nest in mangrove trees which, having been afforded years of protection, have become largely impenetrable, so that now breeding records are rare from Rasa, and also from the island of Pandanan for presumably the same reason. By contrast, breeding records are regular from another project site, the island of Dumaran, where the species nests in dry forests. PCCP reports that the species is doing well at all project sites. The maximum number of young fledged in a year at a single site on Dumaran has been 21, from nine nests, and over a span of several years the average number of young fledged per nest is in excess of two. All nests have been in tree cavities, although in 2011 there was an intriguing report of the species nesting on the ground (although this has not been verified). The largest flock recorded totalled 42 individuals in a sorghum field in Dumaran in 2007, although it is habitually Pandanan where flocks of 20-35 are recorded.

Blue-headed Racket-tail regularly feeds in banana plantations and the species is locally persecuted as an agricultural pest. Therefore, it is important that the project assesses the damage it causes to crops, and reduces the threat of persecution through the development of mitigation measures for farmers, as well as through awareness campaigns regarding its protected status. To help fulfil the latter objective, and with reference to the enduring success of the annual Katala (a local name for the cockatoo) Festival, in November 2018 the KFI launched the first ever 'Kilit' Festival. This took place in Malbato Elementary School in the Coron district of Busuanga, the most northerly island of Palawan province. 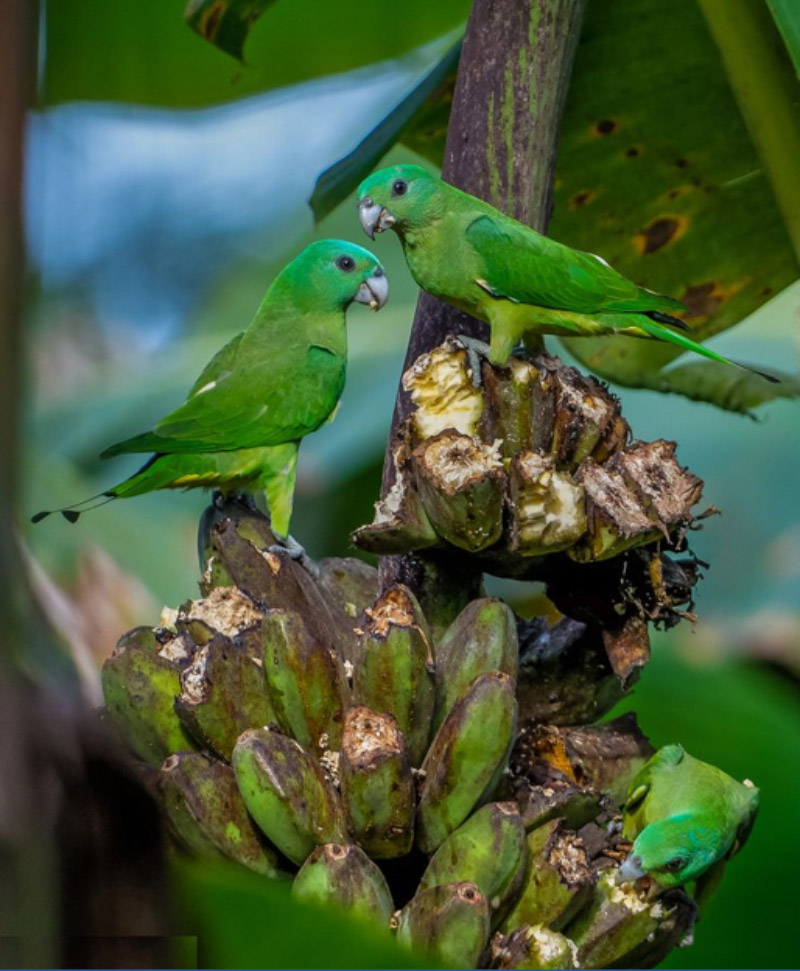 The festival was celebrated with the theme of enhancing biodiversity conservation in Busuanga, and embraced a wonderful variety of activities guaranteed to keep the topic lively and relevant. To add extra spice to the festival the 'Kilit' was presented alongside another endemic bird species, the impressive Palawan Hornbill, which was given the name 'Lusi', derived from Talusi – a local name for the species.

The festival included a guided bird-watching activity, the Kilit Annual Fun Run, competitions between participating schools for poster making, quizzes, extemporaneous speaking and environmental chanting, and contests for wildlife costumes and sayawit (a national concept representing ambition, independence, strength, reliability, determination and professionalism). All the winners received a certificate of recognition, a cash prize and Katala-customised gifts (bags, notebooks, pens and pins). Simultaneous activities like face-painting and colouring were fully subscribed, with kids lining up for their turns. All the while, a special performance from the festival mascots Kilit and Lusi filled the air with joy while still managing to connect the participants to wildlife and the environment.

The festival was enthusiastically attended by over 400 students and teachers from seven elementary and four high schools. These young participants indeed showed the talent, energy and creativity needed to develop and sustain the passion for conservation.  Furthermore, the event encompassed the broader community, receiving support from the Department of Education the local government of Coron district, the Coron Association of Tourism Establishments, Birdwatch Coron and volunteer local painters.

It is hoped that with the success of the festival in Coron, the KFI will be able to repeat the achievement at other key sites further south in the province, so that Blue-headed Racket-tail emerges alongside Red-vented Cockatoo as an emblem for conservation.