Postcards from the edge: autumn in Filey – part 3

For those of us predisposed to a bit of seasonal OCD, repetitive over-analysis is an intrinsic part of autumn birding, not just of weather charts and Bird News Extra, but of comparable past form. Being relatively new to the area, my first-hand comparisons were limited to last autumn versus the one in progress; but as October began, it was hard to avoid the parallels. A slow-burning August but for killer sea-watching (and the odd passerine scarcity) late in the month; a consistently entertaining September on the sea, but deathly quiet on the land until a bumper pay-out in the final week; and October remaining frustratingly stuck in second before eventually shuddering to a halt.

Highlights during the first nine days of the month were limited to a couple of new Yellow-browed Warblers and Curlew Sandpipers, as well as the dramatic sight of 1850 Pink-footed Geese heading south in just a couple of hours on the 6th; but with an unnerving lack of quality or quantity, the omens weren't good, and the spectre of last October's toil was still very much in the frame.

Cometh the hour, cometh the sea. Howling, gale-force northerlies, towering breakers and torrential, squally showers on the 10th battered the hide, and through ubiquitous filters of foam and spray, I watched the spirited passing of two Leach's Storm-petrels, 150 Sooty Shearwaters, five Pomarine Skuas, plenty of Manxies and Bonxies, and various wildfowl (including Velvet Scoters and Long-tailed Ducks), all battling hard against the elements. 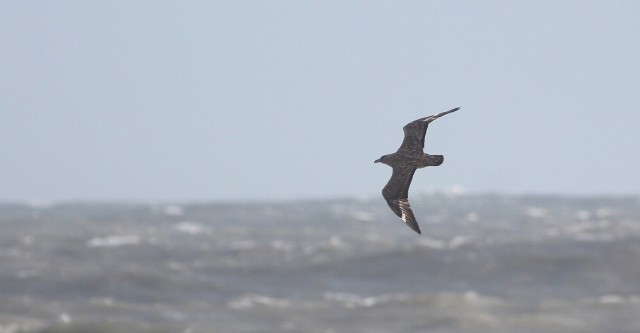 One of hundreds of Great Skuas past the Brigg mid-month (Photo: Mark James Pearson)

More than enough reward, but the following day dawned with equally tree-bending northerlies, better light, and arguably even better seawatching. Another long and exhilarating day produced three Long-tailed Skuas, another Leach's Storm-petrel dancing through the carnage, two Balearic Shearwaters, over 250 Sooties, over 150 Bonxies, and no fewer than ten Blue Fulmars (including the darkest I've ever seen), amid plenty of quality back-up; year best counts were repeatedly smashed, and the hours flew by like minutes. Absolute bliss. 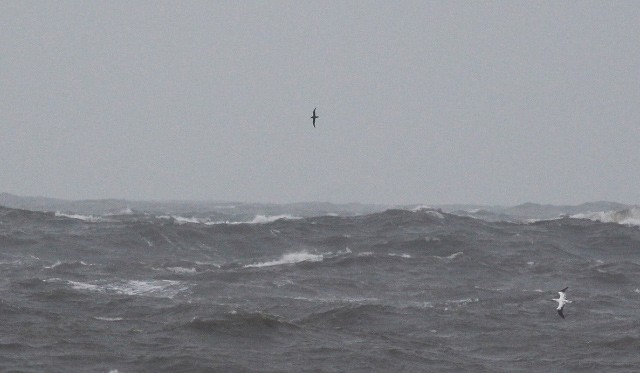 With the winds veering gradually into the east, mist and drizzle descending and the sea quietening down, finally the land held real promise. A welcome, almost constant turnover of migrants on the 12th, 13th and 14th made for plenty to enjoy, including Mealy Redpolls and a Red-breasted Flycatcher in the shelter of the Top Scrub. Woodlark, Twite and Short-eared Owl appeared out of the murk and in off the sea, a couple of Ring Ouzels, and plenty of Bramblings, Redwings, Robins, Fieldfares, Goldcrests, Wrens and finches liberally scattered throughout available cover.

All well and good, but while the charts held true, the window of opportunity wouldn't stay open for much longer, and it was clearly now or never for finding something special. But after another initially promising, first-light start on the 15th, multiple patrols produced diminishing returns, and another morning ebbed away with hopes fading fast.

As I walked slowly up the sheltered side of stunted hawthorn hedge, a sudden surge of birds, including a Ring Ouzel and several Bramblings, exited into the swirling drizzle ahead of me. I was silently cursing their mass disappearance, the clods of mud weighing down my boots and my steadily waning concentration, when a sweet sound suddenly snapped me out of my malaise — the heavenly, indignant 'tac' of a Dusky Warbler. Hosanna. 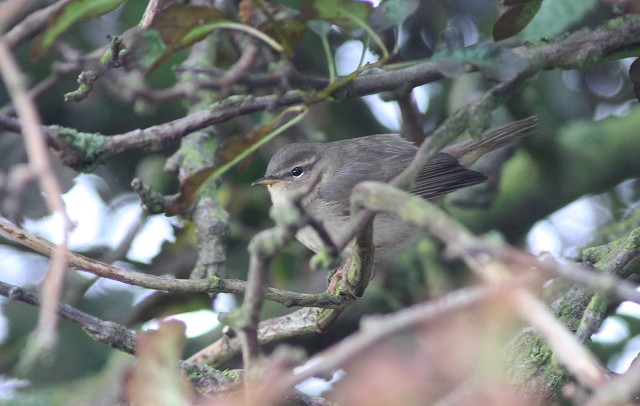 Too close for comfort (or focusing), I backed off a few metres and crouched down in the field. After a seemingly endless minute or so, the bird eventually began calling again; another nervous few minutes, and then a brief but definitive appearance as the bird flicked into full view for the first time. After securing a few record shots and sound recordings, I put word out and sat back to enjoy an uninterrupted private audience with the bird of the autumn thus far — Filey's fifth-ever Dusky, and the first in a decade.

The 16th was generally quiet (not that I cared a great deal after the previous day); but by mid-afternoon of the 17th, the wind had dropped, the sun was burning through, and a final circuit beckoned. Long Lane's trees and hedgerow were quiet, as was much of the Top Scrub, until a sudden burst of activity in the easternmost trees — within the space of a few seconds, the evocative calls of both Siberian Chiffchaff and Yellow-browed Warbler issued from the branches of the same gnarled sycamore. 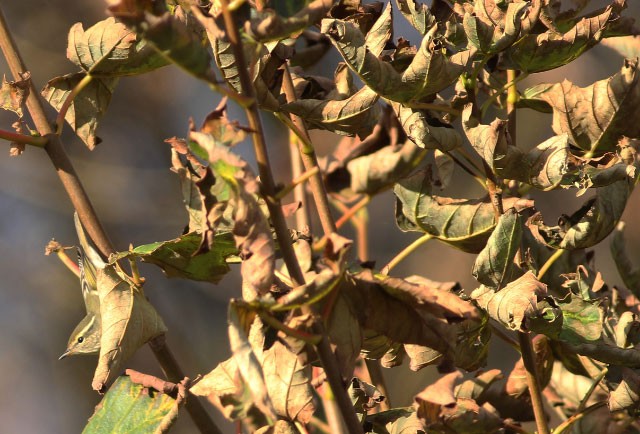 Clearly there were quality birds still arriving, and with good fortune now resolutely on my side, I headed for Arndale, a wooded coastal gully nearby. Passing another fresh-in Yellow-brow in the long grass on the way, a few minutes later I was greeted with a loose cluster of passerines feeding avidly in the insect-rich woodland edge. One of the first birds in view was a cracking Eastern Lesser Whitethroat, picking off insects with the skill of the surrounding Chiffchaffs — the fourth (and rarest) far-eastern warbler to materialise in front of me in less than an hour. 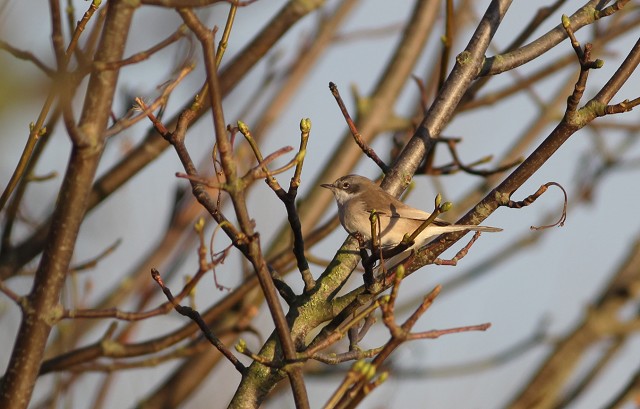 Again more than happy with the cast thus far, after grabbing a few photos I switched on the sound recorder, hoping the whitethroat would call. Seconds after I pressed the red button, the meter levels began registering an unexpected but wonderfully familiar 'tac tac tac', coming from the very same bush; not the Eastern Lesser Whitethroat, but almost unbelievably, another Dusky Warbler — Filey's sixth, and my second in barely 48 hours. 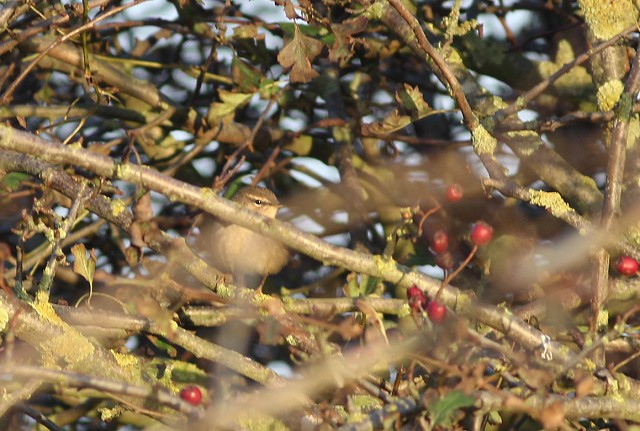 More quick photos and sound-recordings later, and once again I was kicking back and enjoying a vocal and occasionally showy Dusky in a Filey hawthorn, this time in the last of the warm evening sunshine. It's not often it comes together quite so perfectly, but on those rare occasions when it does, it's a long-lasting reminder of why keeping the faith with the adopted manor is ultimately more than worthwhile. 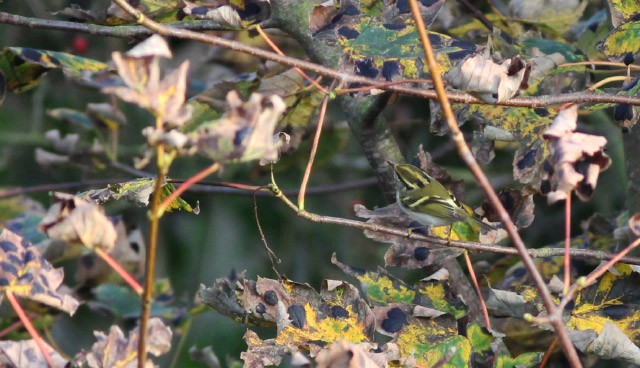 The latter part of the month was steady without threatening to hit the same heights — more Yellow-brows, Snow Buntings, Twite and Mealy Redpolls, a cracking Pallas's Warbler (thanks Nick), a few Merlins, superb close encounters with southbound Whooper Swans, and more Pink-feet on the move — but in the space of a few magical days mid-month, October's fortunes had turned on a sixpence. Where the script could so easily have followed last autumn into dreaded anti-climax, it instead wrote a happy ending into a very rewarding season's doorstep birding. 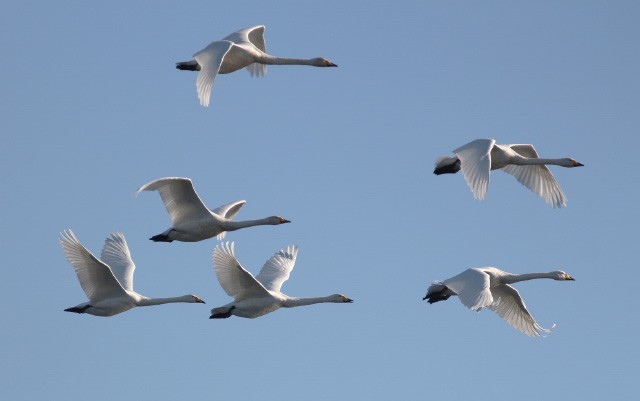