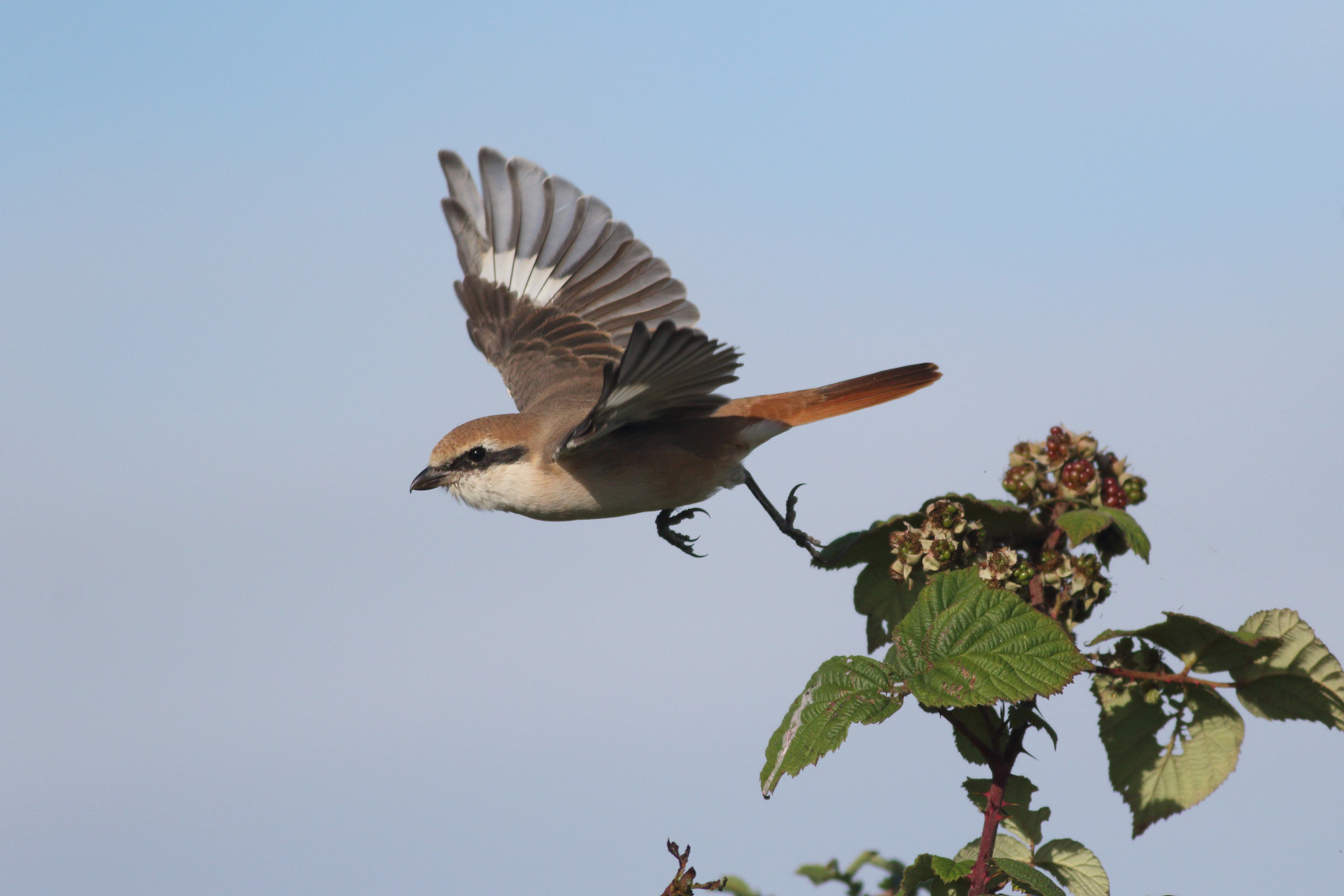 There has been no shortage of excellent images of the long-staying Red-tailed Shrike at Bempton, East Yorkshire, uploaded to the BirdGuides gallery. This confiding Asian mega has performed brilliantly since it first appeared on 27 June, completing its summer moult in the process before disappearing this week after a two-month stay (reportedly in conjunction with the local farmer flailing its favoured hedge ...).

Some of the best shots have been saved until last, as evidenced by some of the recent uploads to the gallery. This brilliant capture from Stephen Mulligan was taken last week, just as the bird was completing its primary moult. This fantastic image shows the bird just taking off from its perch, with the shutter speed quick enough to freeze the wings to show off the striking white patch at the base of the primaries, as well as the rufous rump and tail, russet crown and brownish upperparts. This is both an instructive and eye-catching winner. Well doen to Stephen!