Individual character quirks in Black-browed Albatrosses appear to influence where birds forage and their reproductive success as they age, new research has shown.

A study, led by the University of Gloucestershire and Centre d'études biologique de Chizé (CNRS), has provided the first evidence that declines in the reproductive success of wild bird populations may be driven by differences in personality. The research showed that, as albatrosses get older, their genders and different personalities play a crucial part in determining everything from how far the birds travel and where they go, to how successful they are at foraging and at reproducing. 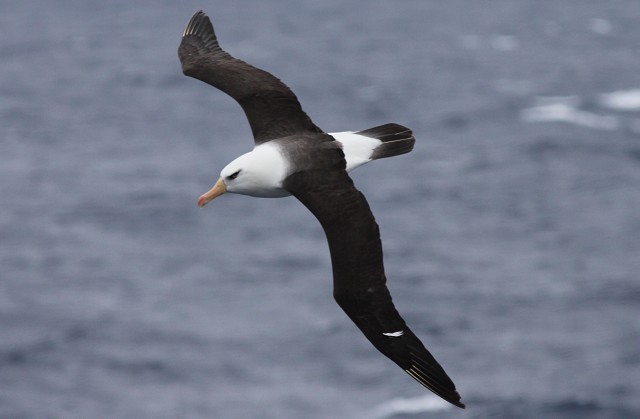 The research found that as the albatrosses got older, the birds that were bolder in personality made longer foraging trips. It did not follow that bolder birds were always more successful at reproduction, as gender also played a big part in how these personality traits played out. For males, these longer trips took them to productive Antarctic waters where they continued to fledge chicks successfully in older age, but females went to unproductive tropical waters, meaning they were less successful at fledging chicks when older.

Samantha Patrick, Research Fellow at the University of Gloucestershire, said: "By studying albatrosses, which can live for over 50 years, we were able to look at how personality shapes behaviour and declines in reproductive success with age. Our study demonstrates that the effects of personality on fitness may not be apparent during all life stages and stresses the importance of such behaviours when reproductive success begins to decline."