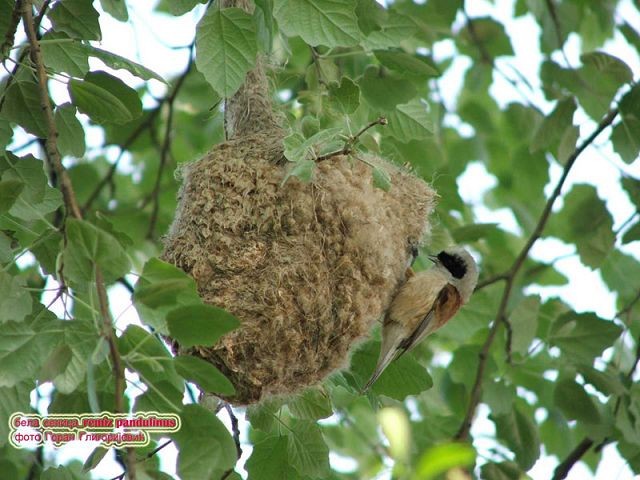 The eggs of the Penduline Tit are frequently abandoned as both parents go in search of new sexual conquests, a study published in the Journal of Evolutionary Biology has found. Around one in three clutches of eggs are abandoned in this way, making it a puzzling example of child-rearing where both parents improve their reproductive success by abandoning the nest.

Males and females can mate with up to seven different partners in any one breeding season and frequently vary their attitude to childcare between different clutches. Over the course of a breeding season more than half of all clutches are cared for by the female, with up to a fifth cared for by the male. The rest, roughly a third, are abandoned by both.

In an intensive battle of the sexes, male Penduline Tits often flee the nest before egg-laying is complete, whilst females sometimes hide their eggs from the males so she can leave before he notices how many eggs have been laid. When this happens, males left caring for the eggs frequently flee the nest. Penduline Tits can be found throughout most of central and southern Europe.

"If you are a Penduline Tit your perfect partner is one that is happy to stay home and look after the kids, whilst you go off and find a new partner," said Dr Tamas Székely from the University of Bath (UK) who worked with colleagues from Eötvös University (Hungary) and University of Groningen (Netherlands). "But whilst this is great for you, for your partner it is not so good. They end up having to stick around and rear the kids, which means they miss out on the opportunity to have more chicks themselves. It also increase their risk of being taken by predators while incubating the eggs or feeding the young. What is unusual about the Penduline Tit breeding system is that in one in three cases both males and females are willing to abandon the nest, even though the clutch will perish as a result. This could be said to be reminiscent of Hollywood life-styles with plenty of mating opportunities that may lead to neglect for the family at home. We have shown that over the course of the breeding season desertion enables the parents to produce a greater number of offspring, improving their reproductive success over those more willing to stay home. Interestingly, however, the sexes play the same strategy; whatever is good for the male is harmful for his female, and vice versa. Neither the males nor females are saints."

Responsibilities for childcare vary enormously throughout the bird kingdom. Usually both parents care for the young although the female takes the bulk of care. In a score of species, such as in phalaropes and lily-trotters, males do all of the childrearing.

"As far as we know this willingness for both sexes to abandon the nest for the sake of new mates is unique," said Dr Székely from the University's Department of Biology and Biochemistry. "Our findings reveal an intensive conflict between males and females over care that has affected the behavioural evolution of this species."