Owls have never been widely known as scavengers that eat decaying flesh, but the behaviour is more widespread than once believed – that is according to University of Illinois researchers, who photographed owls opportunistically feeding during the hours of darkness as part of a new study.

"Going back decades, scavengers were considered rare and only included certain species, such as hyenas and vultures," explained wildlife ecologist Max Allen. "We're now discovering that most things that eat meat also scavenge."

Allen and his colleagues documented instances of owls scavenging in the United States and in Europe and studied previous journal articles. Findings showed that the most common owls observed conducting such behaviour were large species, such as Great Horned, Snowy and Eurasian Eagle-Owls, and particularly those that lived in forests. 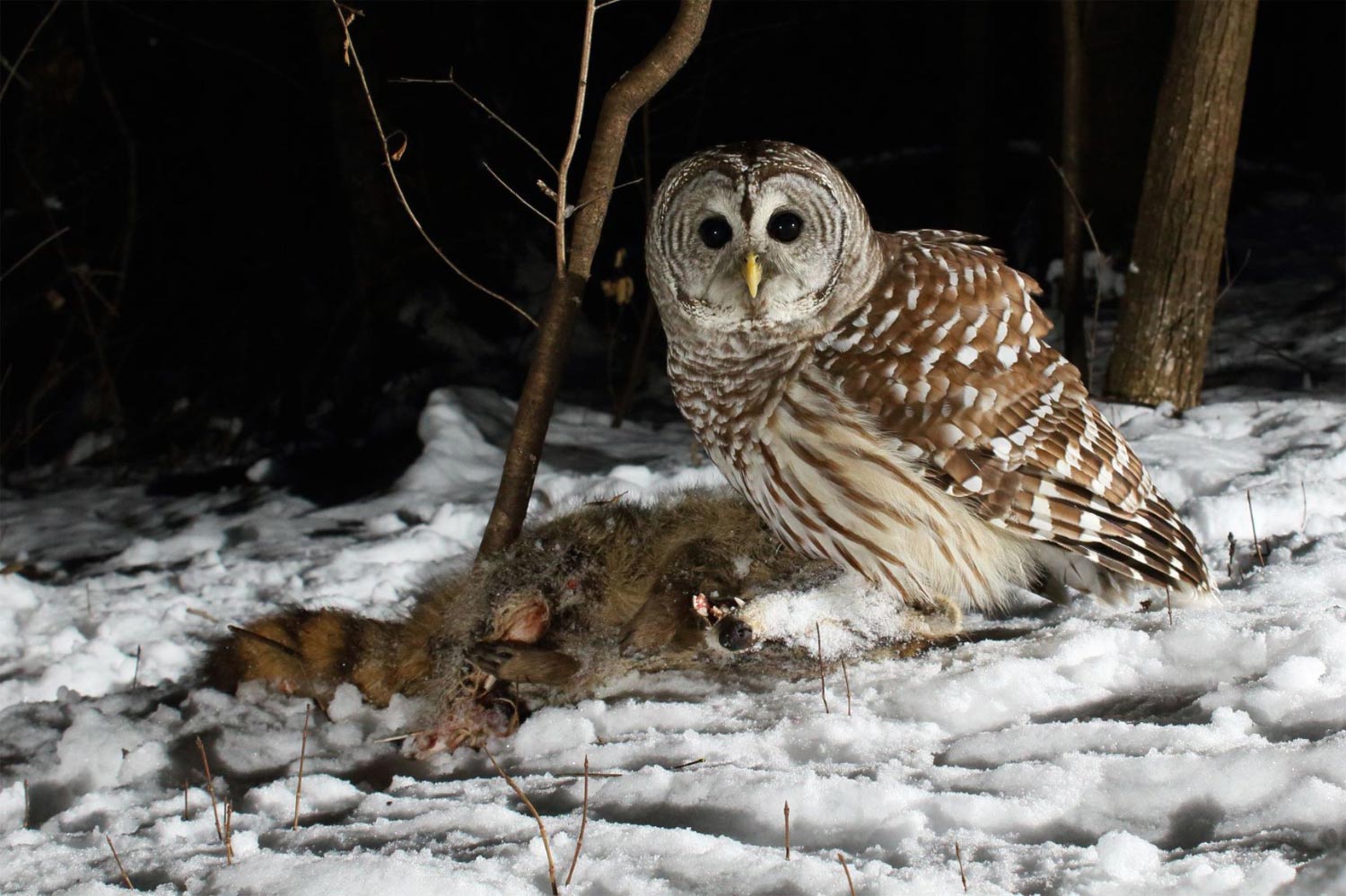 A Barred Owl attends roadkill in the United States (University of Illinois).

Most of the carcasses feasted upon were mammals, especially those with hoofs, followed by birds and reptiles. In many cases, the carcasses were larger than the feeding owls themselves.

For the direct observations in the study, the scientists used deer, rabbit, and racoon roadkill. Half of the owls fed on carcasses in winter, and nearly half during the breeding season in summer.

Historically, owl diets have been studied by examining owl pellets containing fur, bones, teeth, and other undigestible parts. When owls mainly eat meat from a carcass, pellets may not show any remnants to identify a deer or other larger animal that had been consumed.

Furthermore, observing an owl with a squirrel or other smaller prey in its talons, it would be difficult to determine if the owl killed the victim or picked it up already dead.

Using camera traps to catch owls in the act has improved the scientific understanding of how they feed.

One significant observation noticed was that owls fed on carcasses for a relatively short time and did not return later for another feed. The reasons for this are unclear – it's possible that the owls simply ate their fill in one sitting, but another might be fear of other predators, higher in the food chain, being in the vicinity.

This is a fine example of where improvements in surveillance technology are helping to reveal surprising secrets about familiar animals – in this case a family of birds that are traditionally considered to be strictly hunters which will in fact routinely scavenge to supplement their diets.