Over half of the world's curlew and godwit species face extinction

A ground-breaking new assessment, published today [1 March 2017] in the journal Bird Conservation International, has revealed that habitat loss could lead to the extinction of a number of the world's curlew and godwit species.

Godwits and curlews, the Numeniini, occur on all continents except Antarctica, but breed only in the Northern Hemisphere. Over half are of global conservation concern with two of these, Eskimo Curlew and Slender-billed Curlew, currently treated as Critically Endangered — though both are likely extinct.

Far Eastern Curlew, a charismatic species of the East Asian Flyway, is considered Endangered, while Bristle-thighed Curlew, breeding in Alaska and wintering on tropical Pacific islands, is listed as Vulnerable. Three further species — Eurasian Curlew, Bar-tailed Godwit and Black-tailed Godwit, all of which occur in the UK — are globally Near Threatened. 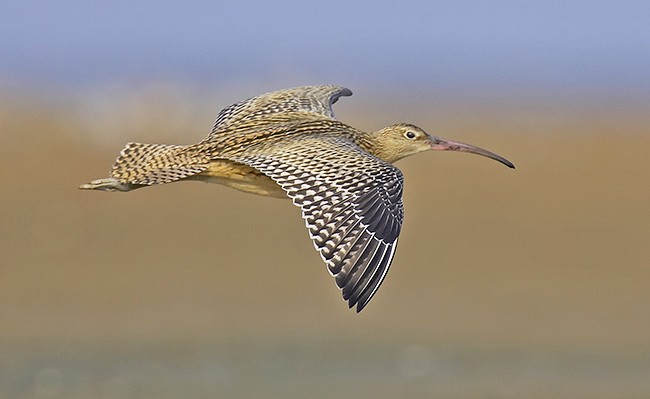 A recent assessment has canvassed the views of over 100 experts and reviewed the scientific literature, to help highlight the many threats they face, and top of the list is the loss of non-breeding habitat. Most species rely on coastal estuaries and wetlands outside of the breeding season, many of which face increasing development and disturbance. This pressure is greatest in the Yellow Sea of China and Korea, perhaps the most important staging area in the world for migratory birds in terms of numbers, diversity and proportion of threatened species. Part of the East Asian Australasian Flyway, the Yellow Sea provides a vital rung in the migratory ladder between northern breeding areas in Asia and Alaska and southern non-breeding areas as far south as New Zealand and as far west as India. A quarter of the Yellow Sea's mudflat feeding areas have been lost since the 1980s and much of the remainder is heavily degraded, causing declines in many wader species that depend on it. Increasing pressure for coastal development elsewhere in Asia and across the Americas may similarly affect other species.

All curlew and godwit species nest on the ground in open landscapes. The deterioration of these habitats, for example through changes in agricultural practices, drainage, tree planting and disturbance is a significant pressure across Europe and North America, exacerbated by increasing populations of generalist predators such as Red Foxes. Climate change is also likely to be an increasing threat through time in both breeding and non-breeding areas. 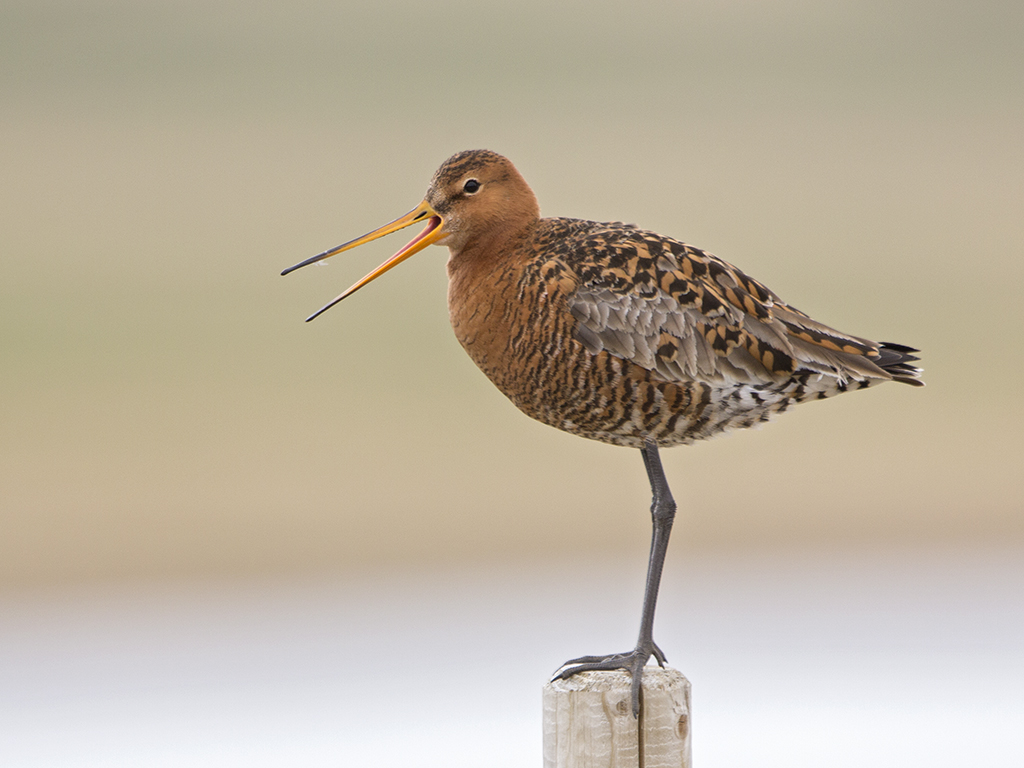 The familiar Black-tailed Godwit is declining across its range and thus treated as Near Threatened (Photo: Dave Williams)

James Pearce-Higgins, Director of Science at the British Trust for Ornithology (BTO) and lead author of the paper, said: "These long-lived wader species require wild open landscapes for breeding, and generally occupy undisturbed coastal habitats at other times of the year. Many are long-distance migrants and vulnerable to change throughout their annual cycle. In many ways, they are among the most sensitive bird species to global change. That over half of the species studied are rapidly declining globally should emphasise to us the impact we are having upon the planet. Their long-term future may well depend upon how well we coordinate international efforts to adopt the recommendations of this paper and support their conservation."

Nicola Crockford, Principal Policy Officer at RSPB, added: "Eurasian Curlew is an iconic species; its appearance in spring is announced by one of nature's most evocative calls. Sadly like many UK species the Eurasian Curlew is in trouble, their numbers have dropped dramatically, putting them at risk of disappearing completely from the UK.

"The paper recommends that achieving conservation success at the national or international scale will likely require dedicated programmes targeting species at risk, like we have developed for the Eurasian Curlew in the UK where steep declines have been a major factor in the listing of the species as globally Near Threatened with extinction.

"Through RSPB's Curlew Recovery Programme and BTO's programme of Curlew research, we are working together, in partnership with a range of people from farmers and land owners to statutory nature conservation bodies, to reverse this decline."

Spike Millington, Chief Executive of the East Asian Australasian Flyway Partnership, commented: "The coastal mudflats of the Yellow Sea are a critical bottleneck for Bar-tailed Godwits and Far Eastern Curlews, particularly during northward migration when they provide the first re-fuelling points after journeys taking several days from non-breeding sites in Australia and New Zealand. As these sites disappear due to conversion of intertidal areas for rapid infrastructural expansion, more and more birds are squeezed into fewer areas, making their conservation and management an increasingly urgent issue for the continued survival of these iconic species."