Opinion: the next sacrifice on the altar of mammon: British wildlife

Among all the grim news in the Chancellor's Autumn Statement, there was a particular nasty surprise for anyone interested in the environment; he announced a review of the implementation of the EU Habitats and Wild Birds Directives. He said:

We will make sure that gold plating of EU rules on things like habitats aren't placing ridiculous costs on British businesses.

You might think that the Conservative instinct would be to preserve our shared natural inheritance, to make sure that there is still some of it left to hand on to our children and grandchildren. But no, for George Osborne the environment is just another kind of red tape that is getting in the way of the only thing that matters: private enterprise.

I know it's naive, but I'm always slightly shocked when people casually dismiss environmental concerns. I'm sure there are some people who genuinely don't care. They have no interest in wildlife, and they've never had an emotional relationship with the natural world. And if you feel that way, if the whole idea is simply an irrelevance to you, then it's not surprising you would look at a scruffy bit of pasture full of wildflowers, or a stretch of windswept saltmarsh, and think it could only be improved by turning it into a golf course or an airport.

But I don't think that those people are the majority. I think that most people enjoy the natural world even if they don't have a specific interest in wildlife. They like to see butterflies and hear birdsong, they enjoy the bluebells in spring and the leaves changing colour in the autumn. They watch wildlife documentaries or put peanuts out for the Blue Tits. That doesn't translate, though, to to any sense of urgency. They may care about the environment, but they aren't worried about the environment.

There is an idea, I think, that environmental concerns are exaggerated. Because if you walk through the British countryside in May, everything is an incredible lush green, the hedges are thick with white hawthorn blossom, the verges are full of cow parsley and oxeye daisies, and there is a bird singing in every bush. Everything seems right with the world. On a nice day in spring, it seems ridiculous to say that the British countryside is profoundly ecologically impoverished. 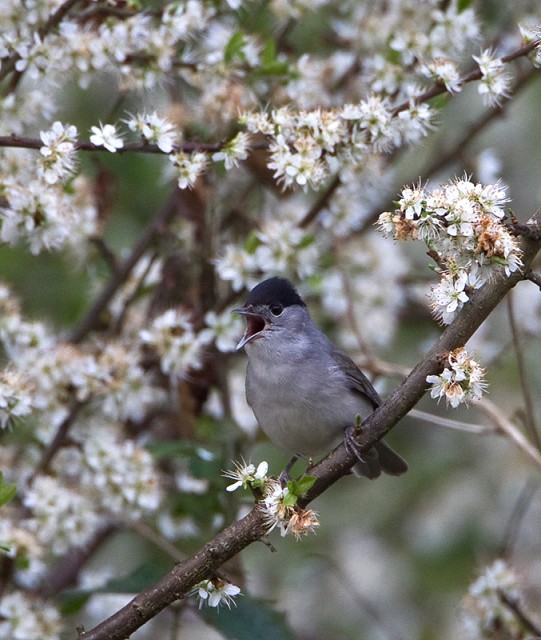 But we can look at the figures. The day after the chancellor gave his grim report about the state of the British economy, DEFRA released a report of their own about the state of the British environment, 'Wild bird populations in UK, 1970 to 2010', which was, if anything, even grimmer. Farmland bird numbers are still declining and are now down a staggering 50%. That's not 50% of some estimated pre-industrial population, it's 50% of the figures for 1970. And even that doesn't tell the whole story, because it's the overall number: when you dig into the details, it turns out that some species have held up relatively well — which means that others have declined catastrophically. Meanwhile for woodland birds the headline figure is less dramatic — a drop of 19.4% — but again, the success of more adaptable species like Great Spotted Woodpecker, Nuthatch and Sparrowhawk disguises the scale of the decline for other species.

The list of badly hit birds makes incredibly depressing reading. It includes many of the species that once would have been the most ordinary species of the British countryside, and the figures are staggering. Grey Partridge, Turtle Dove and Corn Bunting have declined by over 90% nationally. Yellow Wagtail, Wood Warbler, Willow Tit, Tree Pipit, Spotted Flycatcher, Nightingale and Lesser Redpoll are all down by over 70%. In England, Starling and Tree Sparrow are down by over 80% and Lesser Spotted Woodpecker by over 70%. 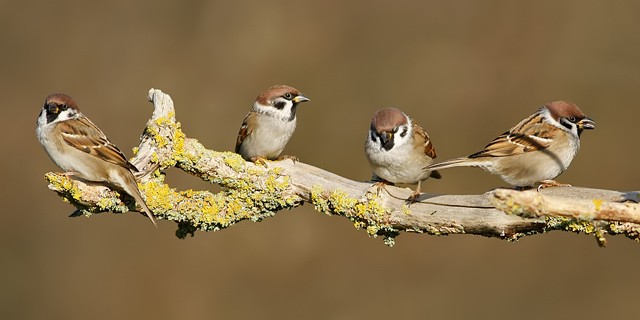 And it's not just birds. Many of the less common butterflies in the south of England are downland species: that is, they live on chalk hillsides, preferably grazed by sheep. Well, there's chalk all the way across the country, and there are still plenty of sheep, but if you want to find those butterflies, you have to go to sites managed by conservation charities. Think about what that means: those species coexisted with agriculture for thousands of years. No-one made any special effort to protect them. Now they only survive on little scraps of land that have to be specially managed for their benefit.

There was a time when the normal farmland which makes up the vast bulk of the British countryside was a fairly rich habitat, supporting a wide variety of wild flowers, insects and birds. But with modern farming practices that's really not true any more. There are various different reasons — pesticides, herbicides and fertilisers are part of it but not the whole story — but the result is that a lot of modern British farmland is biologically rather sterile.

The attitude of those who are keen to roll back environmental protections is summed up by this quote, which Harry Cotterell, the vice president of the Country Land and Business Association, gave to the BBC:

Finally we might see a time when human beings are treated with about the same importance as bats, newts and dormice.

It is not, we gather, that he objects to environmental protection in principle; it's just a matter of adjusting the balance. Environmental protections are a well-meaning idea that has gone too far. Well, it's certainly true that there is a balancing act between the needs of wildlife and the needs of business. But it seems ludicrous to argue that it is the environment that has been getting all the special treatment. If the economy contracts for two quarters in a row, it's a recession. It's a major political crisis, the kind of thing that brings down governments. The British countryside has been steadily, measurably deteriorating for at least forty years now, and still people are complaining that the environment is over-protected. The idea that any British government of any party has ever allowed the interests of the environment to outweigh the interests of business is laughable.