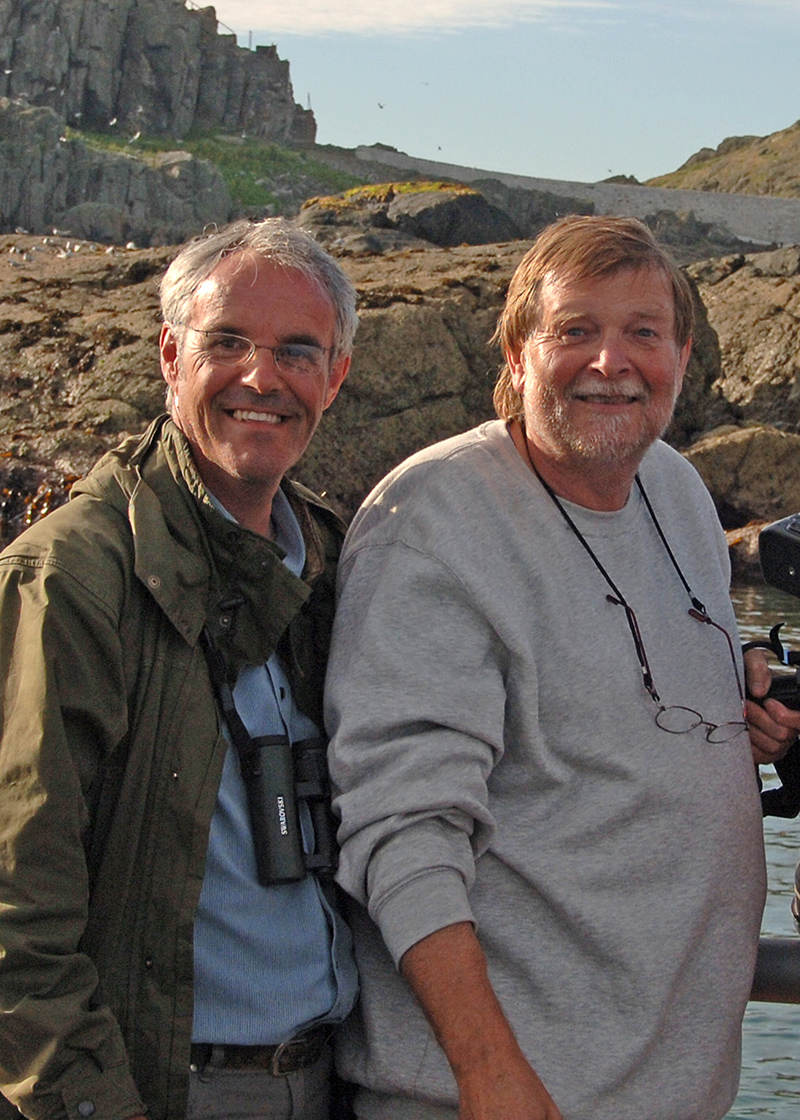 Steve Young and George Reszeter on The Skerries, Anglesey, for the Sooty Tern twitch in July 2005.

To the younger generation of birders, the name George Reszeter will mean little, but to those who chased rarities and visited Scilly during October in the 1990s and early 2000s, George will have been a familiar sight.

In those days most of the photographers knew each other and I got to know George during my first few visits to Scilly. Born in Poland, he was a professional press photographer working for the Oxford Mail, where he covered everything that a newspaper dealt with. But his passion was photographing birds, as was mine. We got on really well, and I was honoured when he suggested in 1994 that we team up and work together rather than against each other for those weeks on Scilly. Selling rarity pics was the norm back then and with our table set up in the Porthcressa and, in later years, at the Scillonian Club, those two weeks were the highlight of the year.

14 Silver Street became our second home, and as well as taking great bird photos George was an excellent chef – his curries were legendary, as all those who visited our house will testify. On one occasion the meal didn’t quite go according to plan. It had been a bad day; George had gone to photograph a Radde's Warbler and I had the lesser task of Snow and Lapland Buntings. This was the time of film and using a 2x converter on a 600-mm lens was tricky with a flitting warbler (but I’m making excuses for him!). For once, he didn’t get the shots and, three rolls of processed film later, we still didn’t have anything good to sell. He wasn’t happy, but dinner still had to be cooked.

With red wine in one hand – apparently you couldn’t cook without drinking red wine – and a wok in the other, he calmed down. “I’ll get it tomorrow Stevie boy, don’t you worry.” Then, just as he was serving up, someone suggested it would have been less hassle and cheaper to have eaten out. Not in the best of moods anyway, he visibly darkened, glowered over the table and exploded: “You ungrateful shower of *****, that’s the last meal I ever ****** cook for you!” As he spoke, he was also serving the food, slopping it across the table before slamming the wok down and walking out the door with no boots on, into the pouring rain.

I sold photos on my own that night. He came back later. “You okay? Wet feet?” “Yes, Stevie boy. Good night on sales?” “Yeah, not bad. See you in the morning. Good night.” “Night, boy.” And it was all over, forgotten as quickly as it had started, but one of the funniest things any of us had ever seen and all because of his passion for ‘getting the shot’.

All birders that visit Scilly will know Kris Webb, better known as ‘Spider’, but in the early 90s Kris was a visitor like the rest of us, but one who used to camp out on the Garrison. One wet and stormy night while in the ’Cressa, George suggested he stayed with us as the weather was too bad, and we never got rid of him; that was typical George, always ready to help someone out. Kris then stayed with us every year until he moved to the islands. 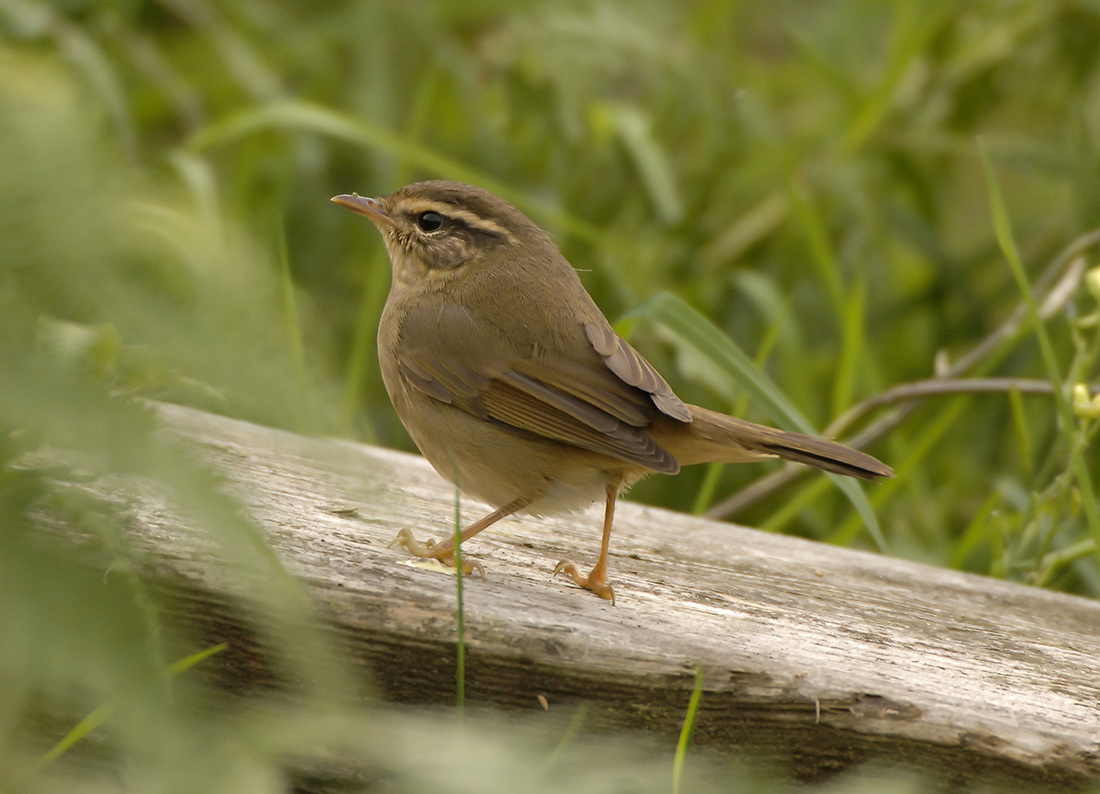 We had a few trips away from Scilly. Short-billed Dowitcher in Scotland for a long weekend and a chartered boat trip to see the Sooty Tern on The Skerries in Wales in July 2005 were among them and all were great fun, and successful.

George stopped going to Scilly in the late 2000s, and although I carried on and enjoyed it, it was never quite the same again. George was still taking bird photos, though, now favouring trips abroad to photograph other species, and as recently as 2016 was placed in the top 10 in the British Birds annual Bird Photograph of the Year competition.

So, this really is the hardest thing I’ve ever had to write. Sadly, George passed away on Friday 16 March after having a stroke, aged 72. Even though our Scilly days are long gone, I shall miss him a lot, and my thoughts are with Patsy, his wife of more than 50 years, and his family. Thanks George for all the great memories, photos, laughs and meals – you went too soon ‘boy’. 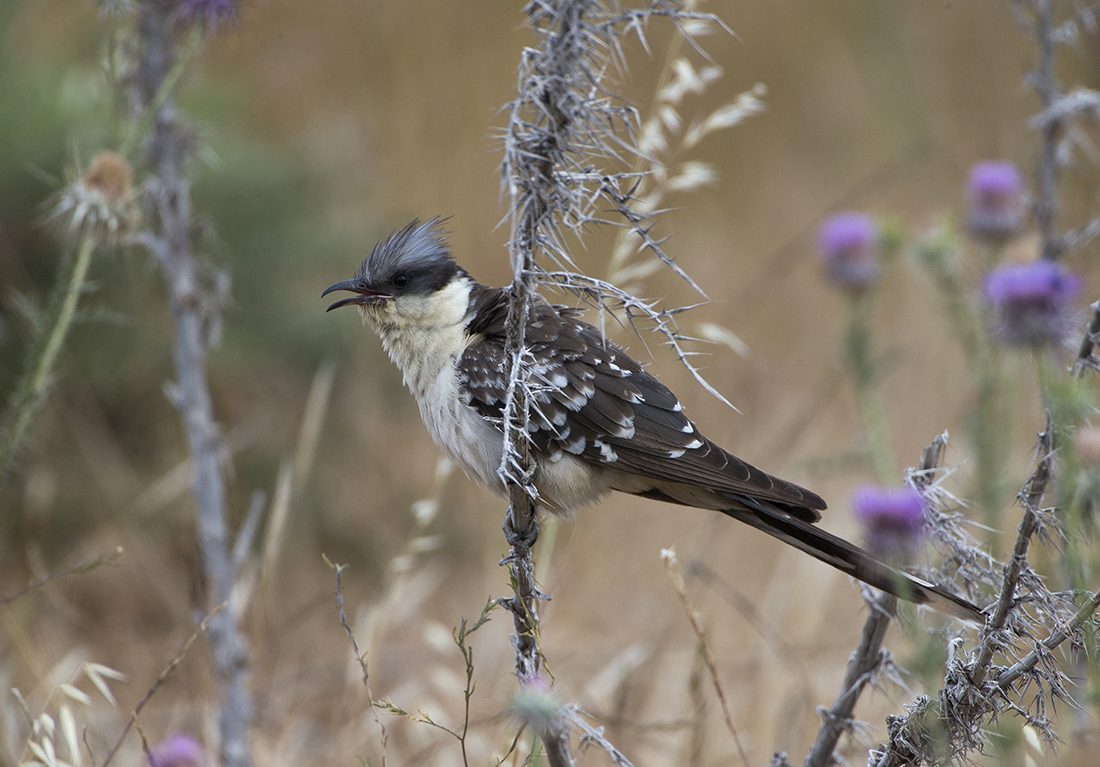