SHORTER days in autumn and winter bring with them a dulling of the light that can often make bird identification difficult, even with some of the commoner species.

Particularly fraught are the medium-sized insectivorous birds, most of which are a similar size and shape, and share comparable flocking habits. However, even in silhouette, Redwing, Song Thrush, Starling and the much-desired Waxwing can be told apart with practice.

In overcast conditions, a relatively well-marked species like Redwing can appear all-dark. If the red flanks and underwing coverts and strikingly patterned head cannot be seen, then listen out for the thin tseeep flight calls; flocks will also utter excitable squeaks, though these are more like those of other thrushes. Redwing is generally a flocking bird, and though lone individuals can be seen, winter birds are usually in groups.

Direct flight is fast, but when a flock is cruising a series of shallow fast flaps interspersed with short glides can be used, and the birds may then appear similar to Starlings. However, Redwings never pull their wings as tightly into their sides as Starlings, and their bills are shorter and straighter. Though a short-tailed thrush, their tails are still slightly longer looking than Starling, and Redwings also lack the typically more triangular wing profile of that species.

Lone Redwings can be confused with Song Thrush at a distance, but the latter is a larger, more robust species, often with a seemingly more purposeful and stronger flight style. Redwing has more slightly pointed wings and a shorter tail, which has just-about-noticeable sharper corners, if the bird is seen very well.

Redwings often mingle with Starlings when feeding or roosting, and it is perhaps this species that is most confusable under field conditions. Starlings give the impression of having a rather pointed head, as a result of the combination of a long, sloping forehead and a longer, slightly down-curved bill. They are relatively stocky and short tailed, and have a flight silhouette that resembles a tiny Harrier Jump Jet.

Starlings are renowned for their almost telepathically simultaneous changes of direction when chased by predators or assembling for roost, but larger flocks of Redwing can also match this on occasion and the behaviour is not absolutely diagnostic. Starling flocks more often number in their hundreds and thousands on winter territory, however, and tend to be very noisy, with a preponderance of squeaks and whistles. Cruising flocks can show a very similar flight style to Redwing, with short bursts of fluttering followed by gliding, but Starlings will usually pull their wings in tight to their bodies when their wings close, and landing often looks more synchronised than with the thrushes.

Surprisingly, the luridly plumaged Waxwing can also be confused with Starling and even Redwing in poor light, and care must be taken when identifying this species in distant flocks or in silhouette. Waxwing is particularly similar to Starling in size and shape, and when commuting between feeding sites, birds adopt a very Sturnus-like, slightly undulating style with shallow blurred flaps and short glides, in tight formation. Despite its pointy wings, Waxwing often (but not always) appears a little more rotund than a Starling or a thrush, and this is accentuated by its shorter bill.

A calling flock is comparatively quiet compared to the other confusion species, but birds often utter a not unpleasant series of ringing high-pitched seeerrrr tones as they pass. Flight patterns again have a somewhat co-ordinated appearance, but when arriving at a roost or feeding tree, birds can drop like stones into the upper branches from a higher elevation, in a slightly random fashion. Starlings have a similar, yet somehow different, scatter pattern as a local flock arrives in trees or lands on a pylon. 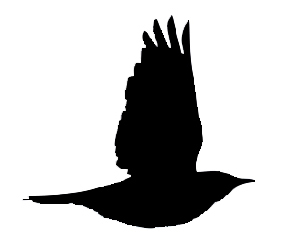 Redwing is a petite and aerodynamic small thrush,
prone to flocking and with a subtly distinctive flight style. 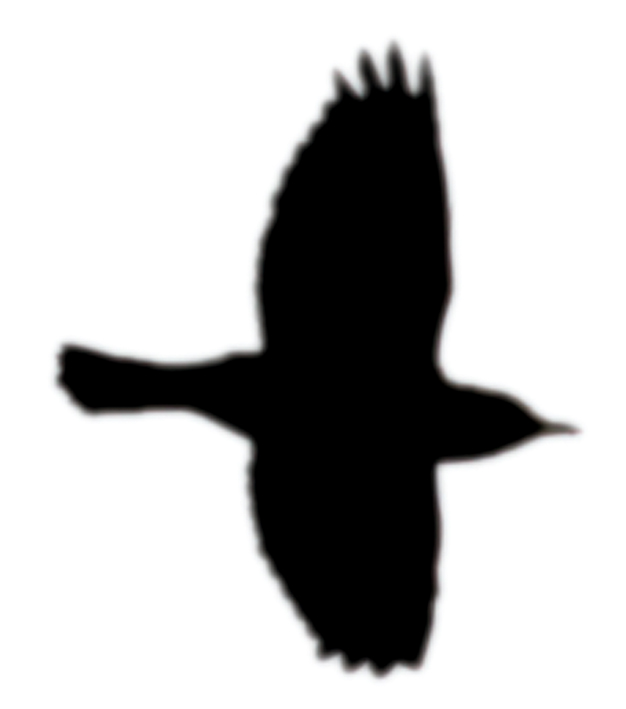 Song Thrush can be confused with Redwing, but is stockier
and larger, generally occurring in smaller flocks. 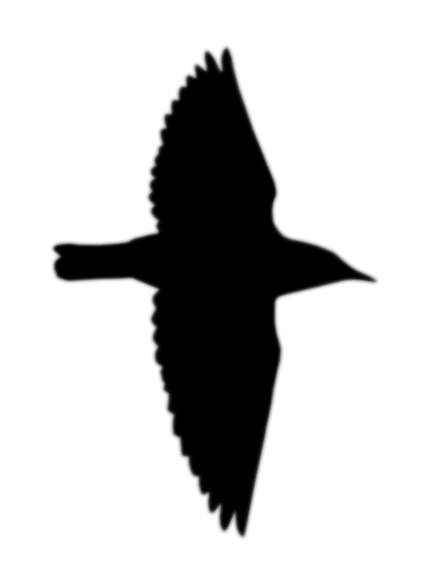 Starling can resemble both Redwing and Waxwing,
but appears more frontally attenuated with its slender head and bill. 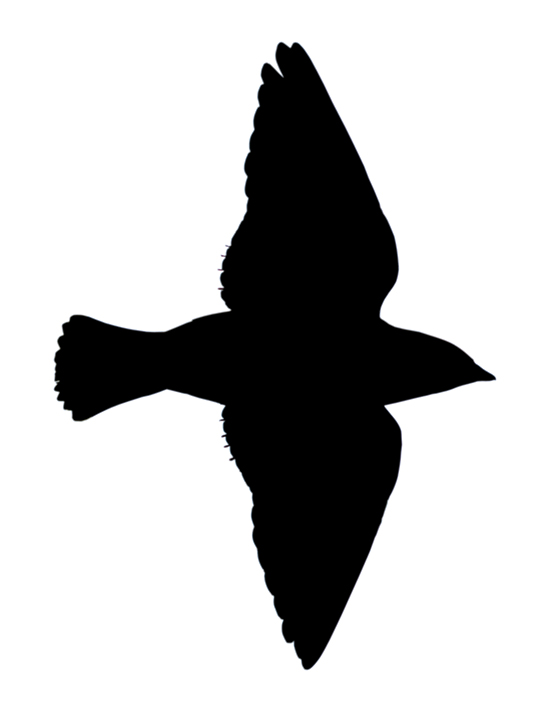 Waxwing recalls Starling's flight style and tight flocking,
but watch out for the shorter bill and listen for its calls.
Content continues after advertisements
Login to leave a comment
Return to List