Eurasian Curlew is a regular sight across Britain and Ireland; the UK alone holds more than a third of the global breeding population. However, the species’ UK breeding numbers have undergone a catastrophic decline of 46 per cent, while in Ireland this population has fallen by a massive 78 per cent. It is Red-listed as a Bird of Conservation Concern in the UK.

The British Trust for Ornithology (BTO) has for the first time documented how a range of pressures are likely to be the causes of these contractions. Researchers analysed long-term monitoring data, collected by thousands of volunteer birders from across the country as part of the Breeding Bird Survey (BBS). They identified three main areas: habitat loss and degradation; the presence of predators such as foxes and crows; and climate change.

Eurasian Curlews breed at highest densities in areas of semi-natural grassland and on moorland, and are particularly associated with the uplands. The study, led by Dr Samantha Franks, found that the declines have been greatest where these habitats have been afforested, and where populations of generalist predators are high. Being ground-nesters, this probably reflects the vulnerability of the nests and chicks to predation. The species also seemed to have declined more in warmer, drier areas, potentially through impacts on their invertebrate food due to climate change.

“A range of potential causes of Eurasian Curlew decline have been suggested, from agricultural intensification to climate change,” Dr Samantha Franks, lead author of the study, commented. “Our results show that many have probably played their part, with afforestation and predation by generalist predators probably the most important.” 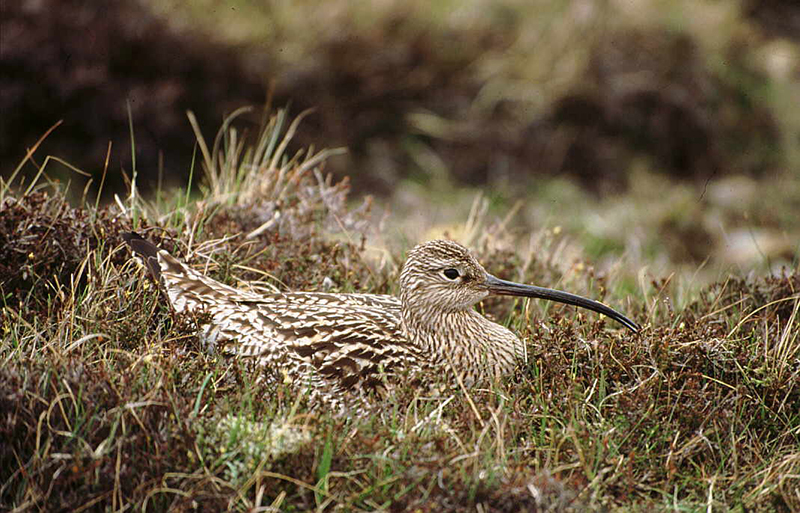 As a result of the findings, Eurasian Curlew has been proposed as the UK’s highest avian conservation priority, with the study providing important information for conservationists. Positive associations between the species’ densities and land managed for both gamebirds and nature reserves suggest that these areas, which may be most likely to be managed favourably for the species, are increasingly important for the continued maintenance of breeding curlews.

It is hoped that site protection and predator control, along with improves to breeding habitat across the countryside, may help maintain breeding populations into the future.