Recent sightings of unidentified storm-petrels in Seno Reloncavi, south of Puerto Montt, Chile, have been confirmed as a new species, as recently published in Dutch Birding (O'Keefe et al. 2010). A team of biologists, led by British seabird expert Peter Harrison, have just completed a 10-day expedition to the area. The expedition followed Harrison's earlier examination of two skins of an Oceanites sp. housed in the Museo Argentino de Ciencias Naturales, Buenos Aires, Argentina. These had been described by Pearman as the first Argentinean records of Elliot's Storm-petrel Oceanites gracilis galapogoensis (Pearman 2000). On examining the specimens, Harrison concluded that the two originally collected at El Bolson, Rio Negro province, Argentina, in February 1972 and November 1983 represented a hitherto undescribed taxon and were probably the mysterious unidentified storm-petrels of Puerto Montt, which is just 70 km west of El Bolson. 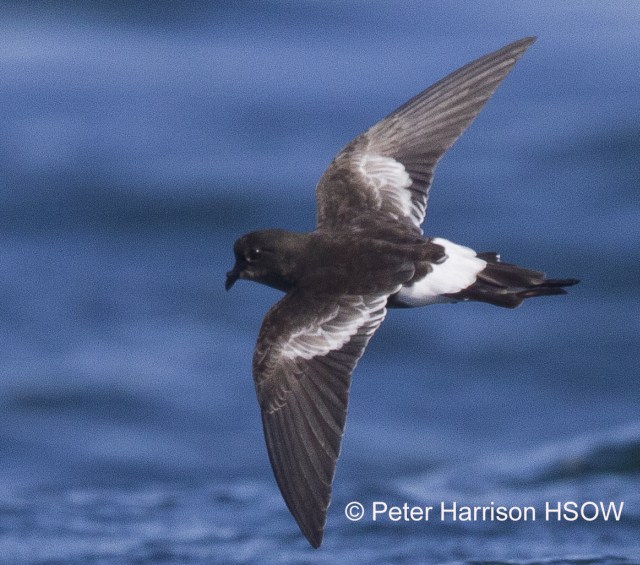 Important to the success of the expedition was the involvement of Chilean ornithologist Dr Michel Sallaberry Ayerza of the University of Chile. Harrison also enlisted the knowledge and expertise of Chris Gaskin and Karen Baird from New Zealand, both involved in at-sea captures and searches for the breeding location of the recently rediscovered New Zealand Storm-petrel (Gaskin & Baird 2005, Stephenson et al. 2008). The expedition spent four days at sea in the Seno Reloncavi area, where they made use of chum or berley (fish scraps) to attract seabirds within range of the specially designed net-guns. These were critical to the success of the expedition and were developed in New Zealand for the capture of the New Zealand Storm-petrel.

Over the four days at sea, over 1,500 sightings of the new Oceanites species were recorded. To assist with the scientific description of the new species, 12 birds were captured for collection of biometric data and samples of blood and feathers taken for genetic work.

The expedition team estimate a population of 5,000–10,000 birds in the Seno Reloncavi area, where the new taxon appears to be the most abundant of the resident seabirds, with flocks at chum slicks of several hundred individuals. The timing of the expedition also appears to have coincided with the fledging period as juveniles were among the captured birds, suggesting breeding occurs in Seno Reloncavi area, possibly beginning in November. A wider search of the Seno Reloncavi and Golfo de Ancud area needs to be undertaken in both summer and winter. Further analysis on feather and blood samples is expected to confirm this discovery and a full scientific publication is in preparation by the expedition team. 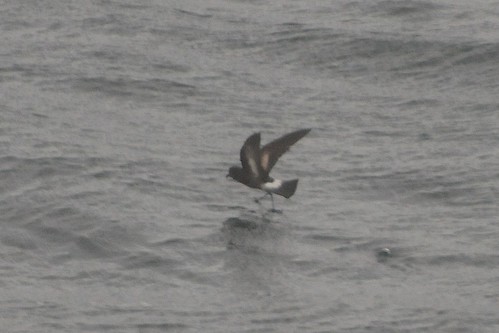 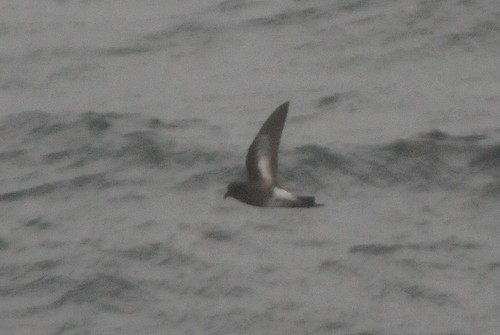 One of the previous sightings of these birds, here in the Chacao Channel between Pargua and Chacao, Chile, where up to 250 were seen. (Photo: Christian Nunes on Flickr).