Researchers have described a new species of manakin from the forests of northern Peru.

Originally discovered in 1996 by researchers working on the Cordillera Azul, an isolated mountain ridge in northern Peru, it is only now, 21 years on, that the manakin has been recognised as a new species as part of a taxonomic review of the Eastern/Western Striped Manakin (Machaeropterus regulus/striolatus) complex.

The manakin, which has been named Machaeropterus eckelberryi, differs morphologically from the local subspecies of Western Striped Manakin by its bright yellow breast feathers, something it shares with the virtually identical M striolatus aureopectus, which is found on the Venezuelan tepuis. However, its voice clearly differs from all forms of M regulus, and this formed the basis of the split. It lacks undertones and has a one-noted rising vocalisation, rather than the two-noted falling call with undertones or falling monosyllabic sound with undertones found in other subspecies of M striolatus.

Andrew Kratter, one of the researchers involved in the study, which was published in Zootaxa, explained that the difference went unnoticed for two decades as the team didn’t have vocalisations for all striped manakin subspecies.

“We kind of sat on it for a long time because we didn’t have vocalisations of the birds in Venezuela, and this bird is different from the local birds but close enough to the Venezuelan birds that it might have been considered the same species,” he said. “n manakins, it’s often subtle clues that might be different among species.” 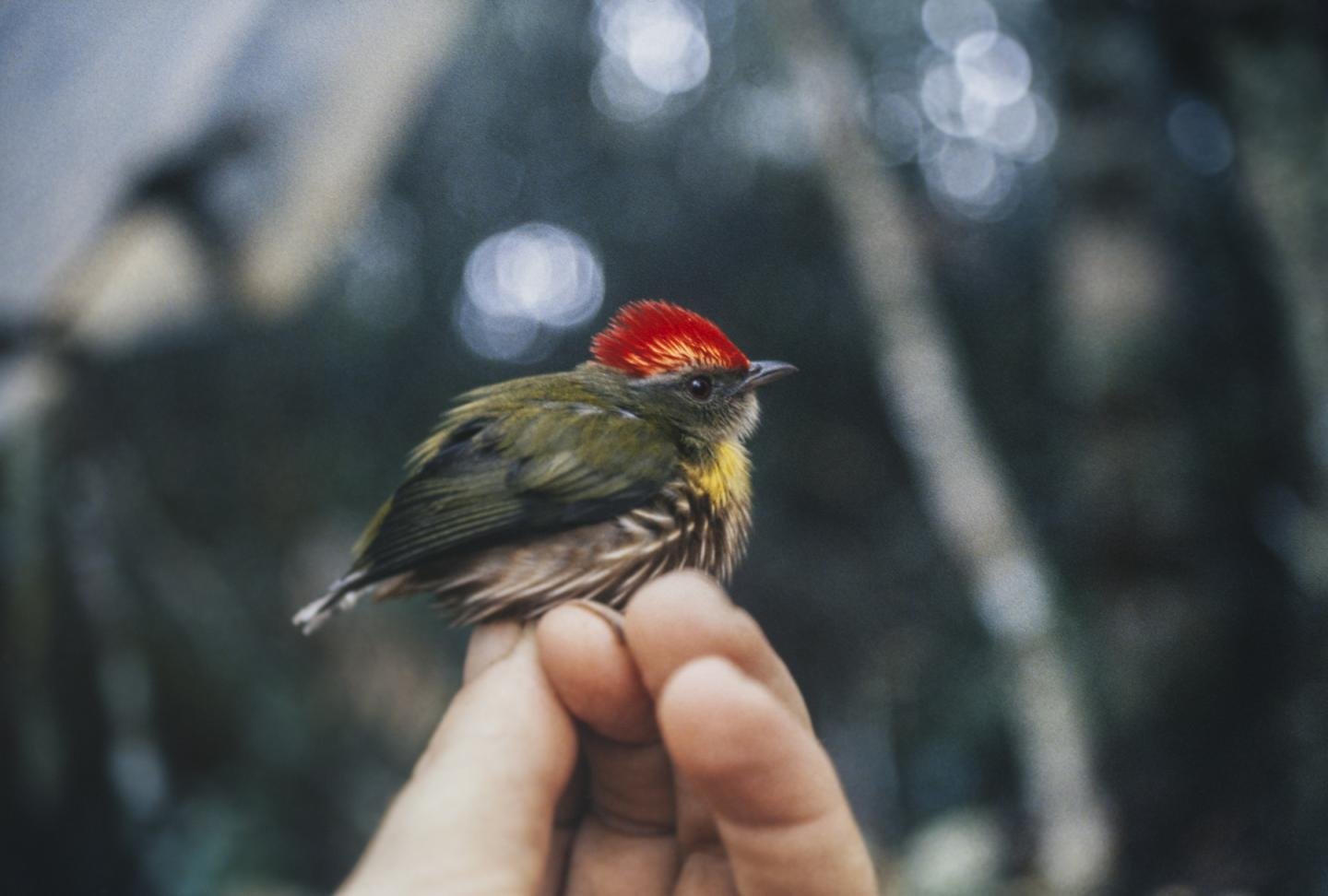 Though discovered in 1996, it was only this year that Machaeropterus eckelberryi was recognised as a different species from Western Striped Manakin M striolatus. Photo: Andy Kratter/Florida Museum of Natural History.

Finding and documenting new species on the isolated mountain ridge was important to the scientific community, as it in part spurred Peru to preserve the area. Kratter explained: “The Peruvian government established a national park in the area in the early 2000s, mainly as a result of finding this novel diversity in this area, which our expedition did. Finding these guys opened up a little more inventory and exploration, which led to the formation of this gigantic national park.”

Dan Lane, leader of the expedition, added: “Even if we weren’t discovering new species, just exploring regions of the world that are still poorly known and getting a better picture of where species are distributed, what habitats they use and how we may use this knowledge to preserve them is a worthwhile activity.

“Peru still has many treasures hidden in unexplored nooks and crannies, and I’d be lying if I said I didn’t enjoy the opportunity to uncover them. To this day, it may be some of the most virgin terrain I&’ve ever visited.”